Another weekend and the same inner craving to visit places sets in. As the plan to visit Jaipur/Jodhpur somehow got cancelled I decided to explore more of the Historic relics of Delhi. An old bestie was visiting so I planned to cover these places with him.

After a nostalgic meet and discussion of college life and afterwards on Saturday, we decided to start our journey on Sunday’s morning. Next day from MG Road Metro Station we reached Khan Market metro Station. These places are at a walking distance from one other. But One should know in what order he should go, else he/she would be covering double the distance on foot like we did. 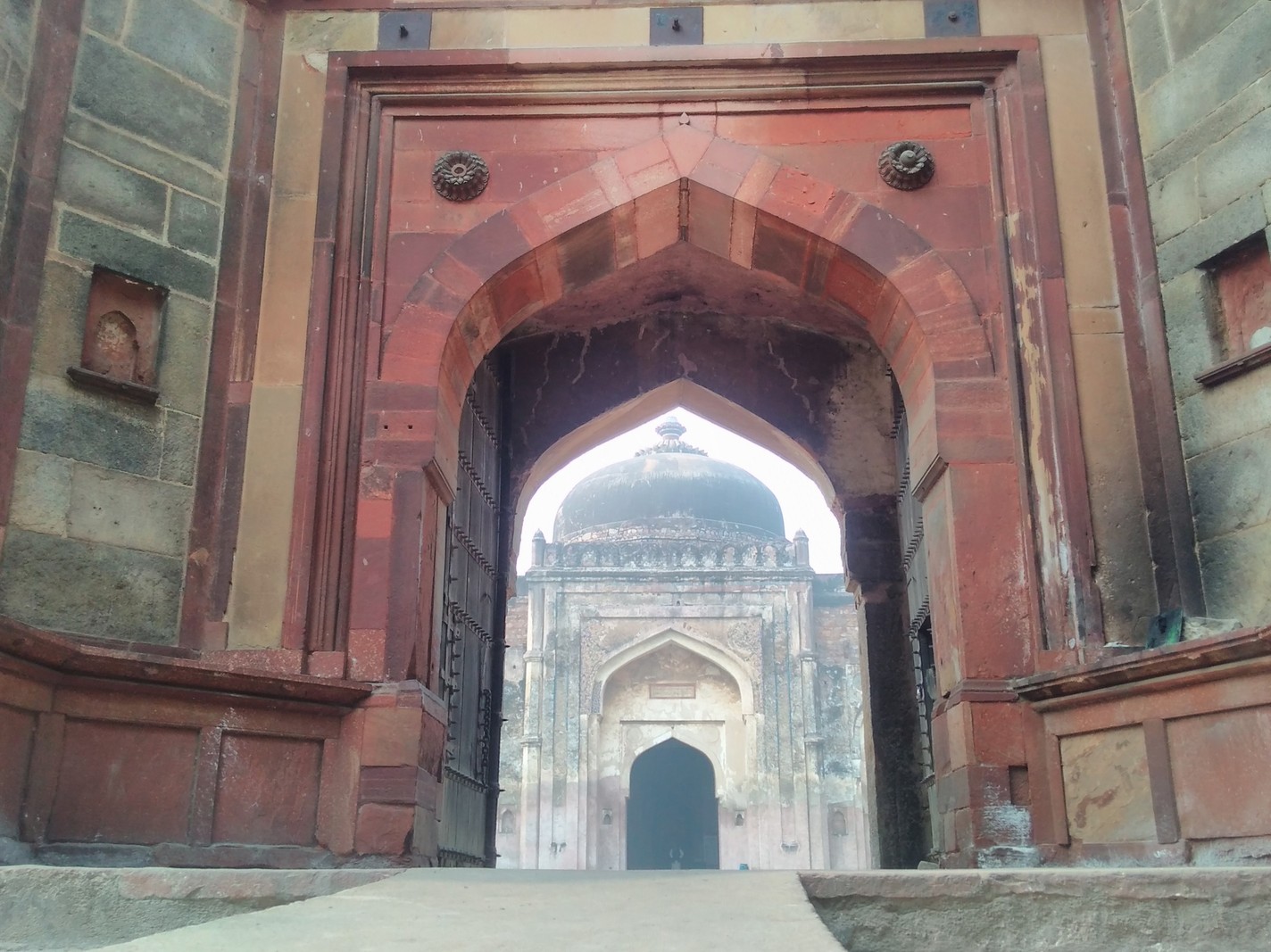 After Reaching Khan Market, we followed the GPS and reached Purana Qila. The Qila is one of the oldest forts in Delhi. Some people say that the remains have existed from the days Pandavas created Indraprastha. Later Sher Shah Suri created a city around the Qila. Inside the Qila, there is a Kunti Temple and probably 2 mosques. It also has the famous Humayun’s Library from where he fell to death. 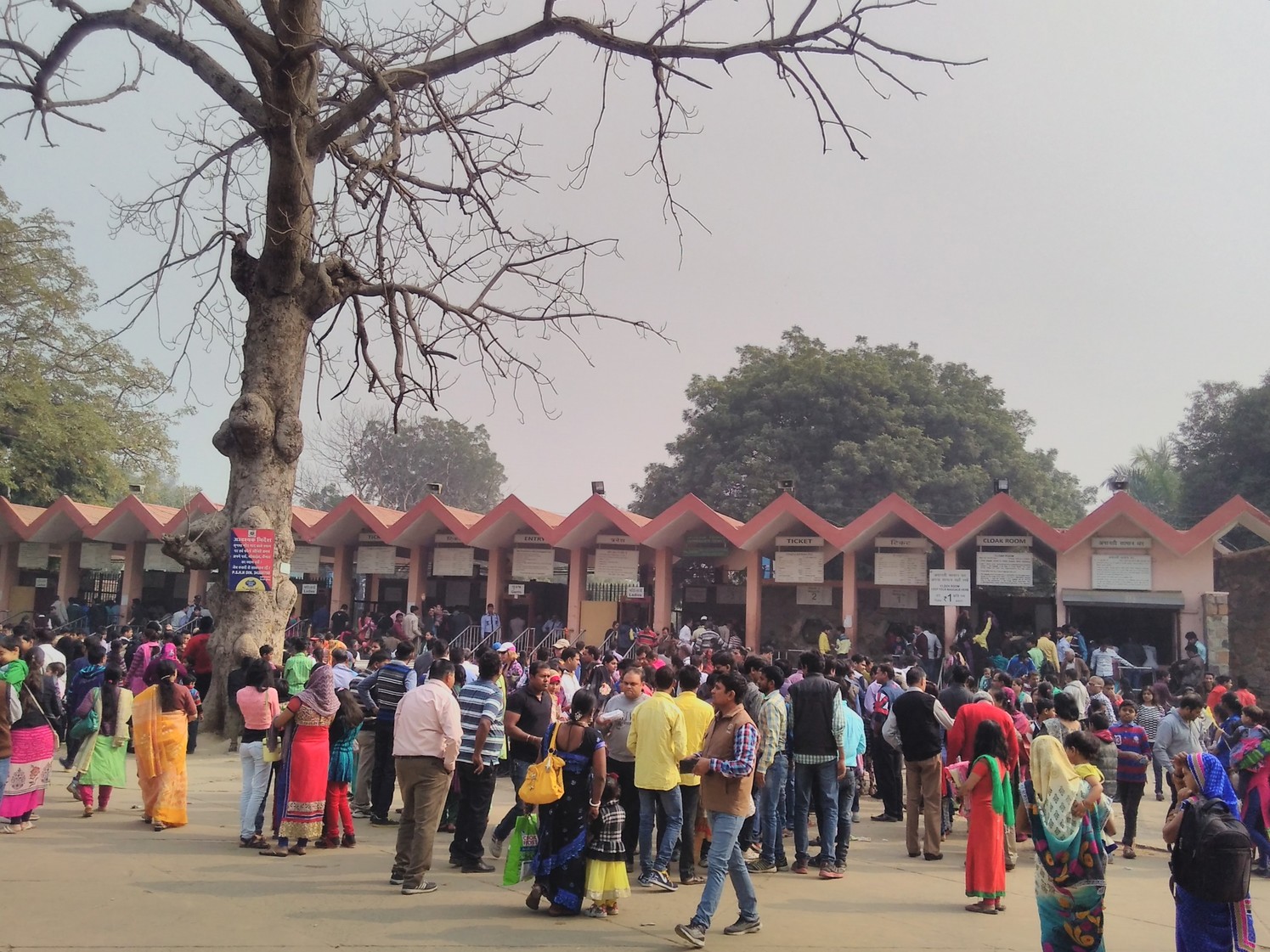 God Bless the Animals Inside

National Zoo is right in front of the Khairul Manzil Mosque of Purana Qila. We decided to visit the zoo. But there was too much crowd that made us rethink the plan. After having a heavy Brunch at the zoo canteen, we went to visit Humayun’s Tomb. 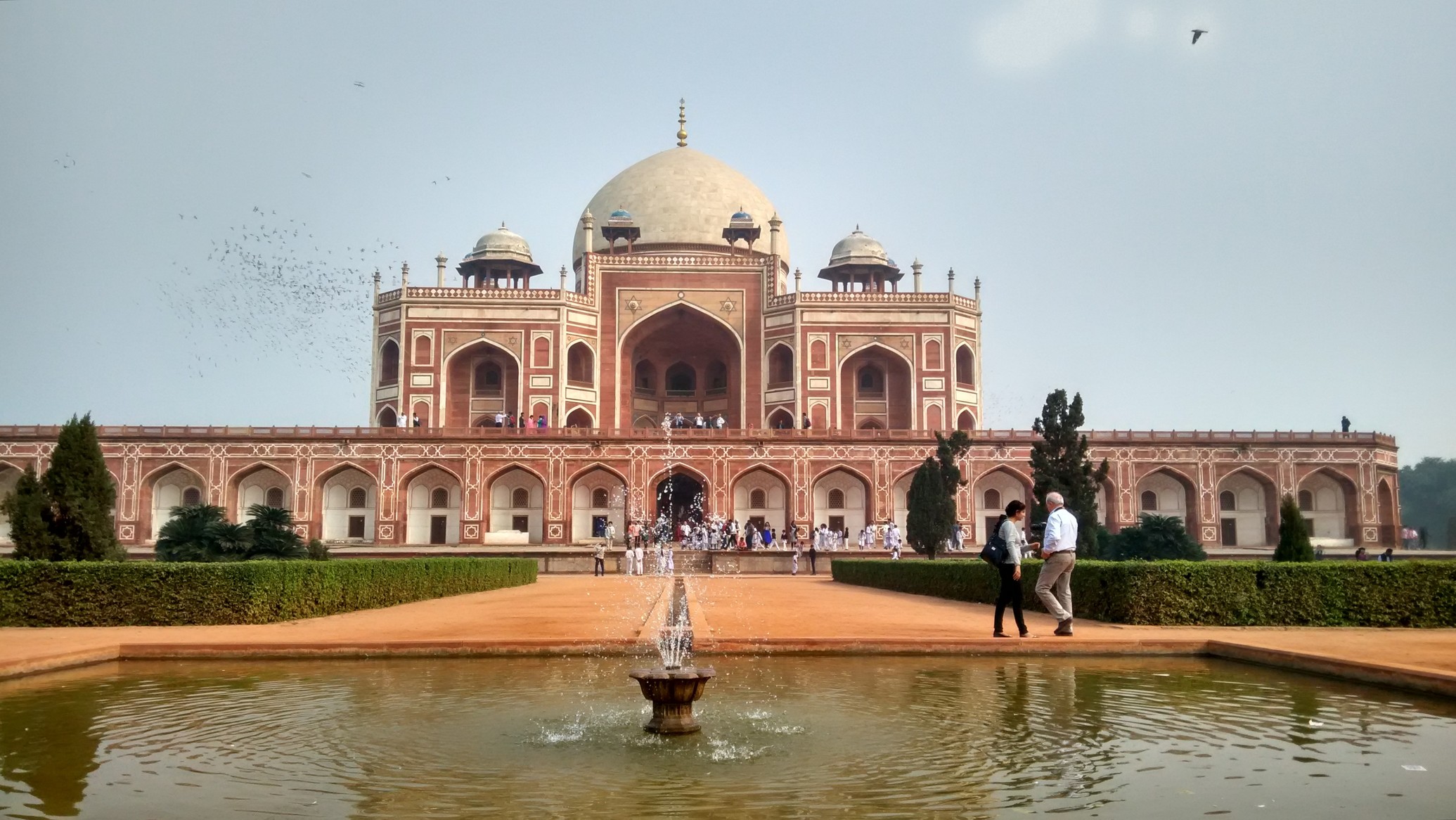 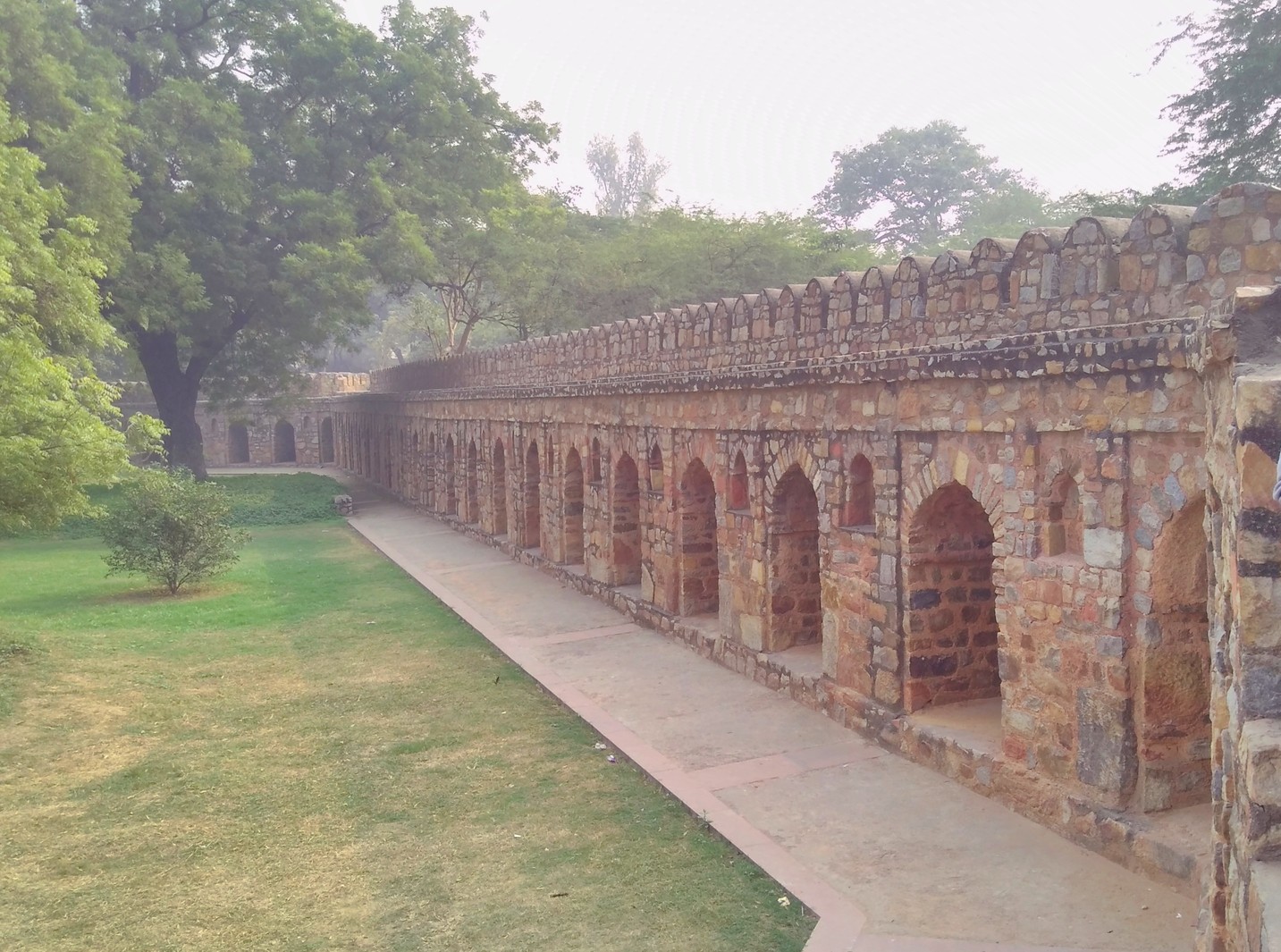 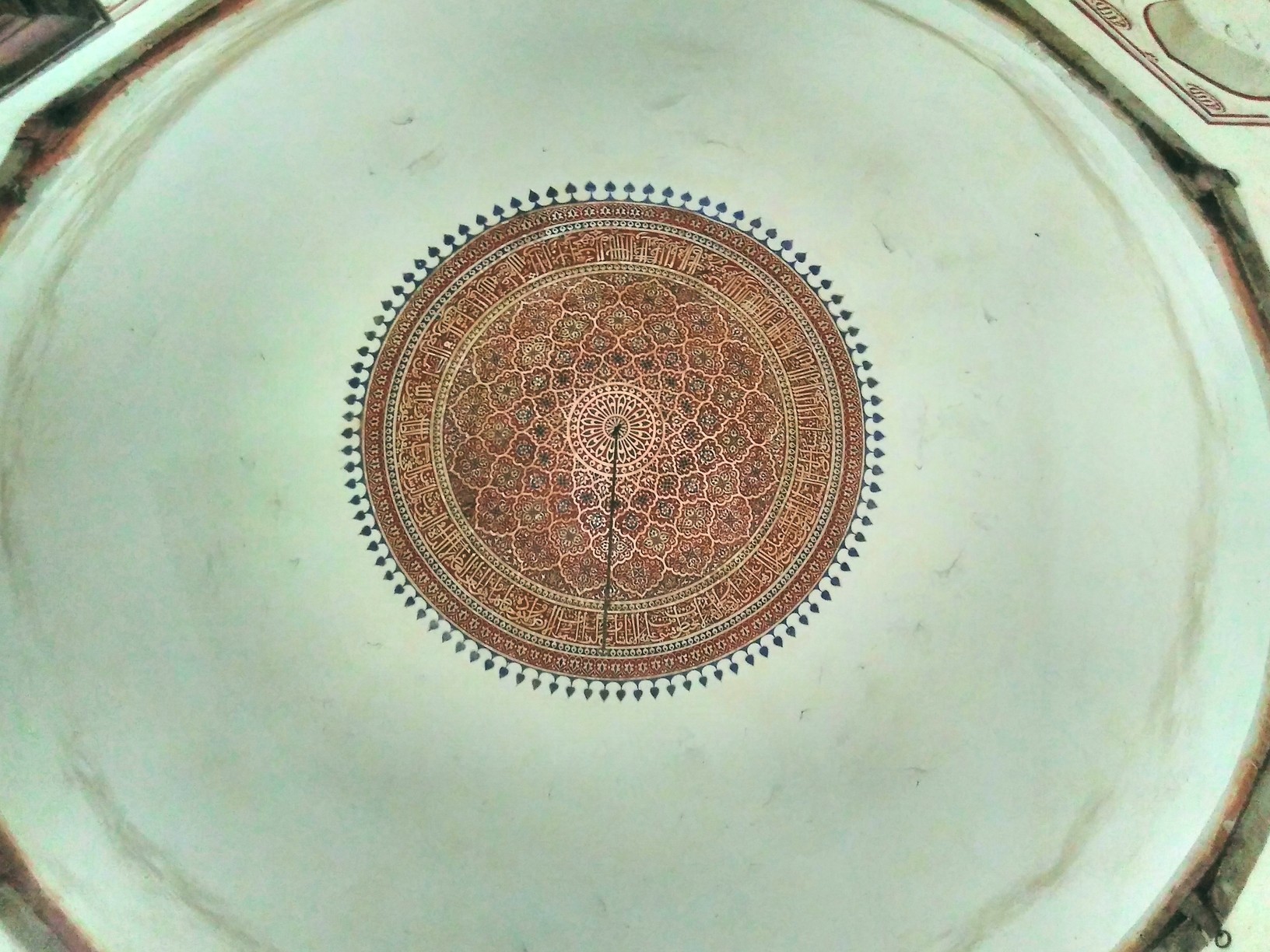 Cravings on the Dome 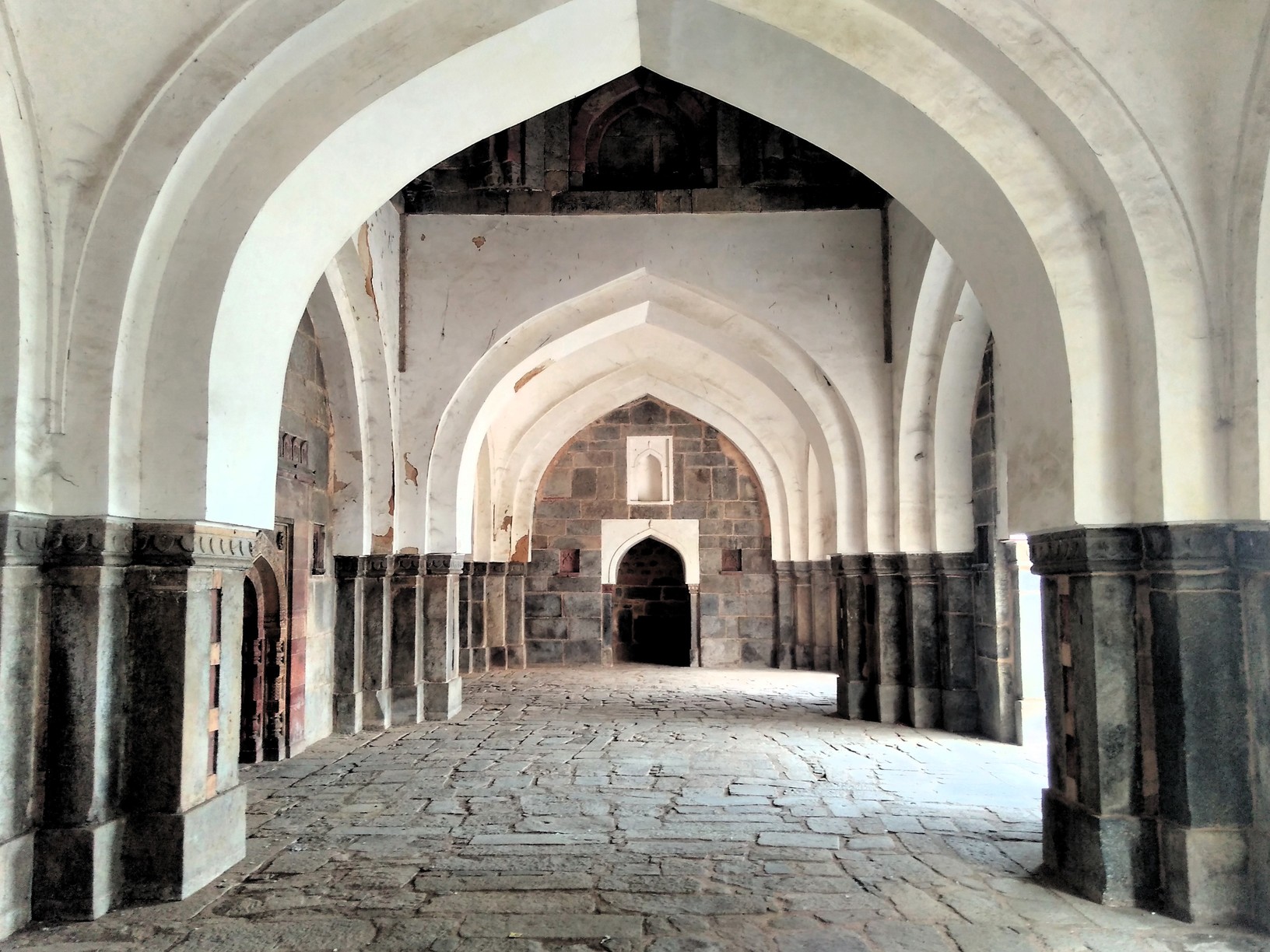 Humayun’s Tomb is a marvel of Architecture and Proportions. It is set in a geometrically arranged garden crisscrossed by water channels representing a paradise. Beautiful Cravings on the gates and Tile Work on the dome is just Magnificent. The Way it is built shows the hint of motivation for Taj Mahal, Which has similar proportions as Humayun’s Tomb. The Tomb is very well maintained by ASI. In the future, a museum is to be built around the Tomb. 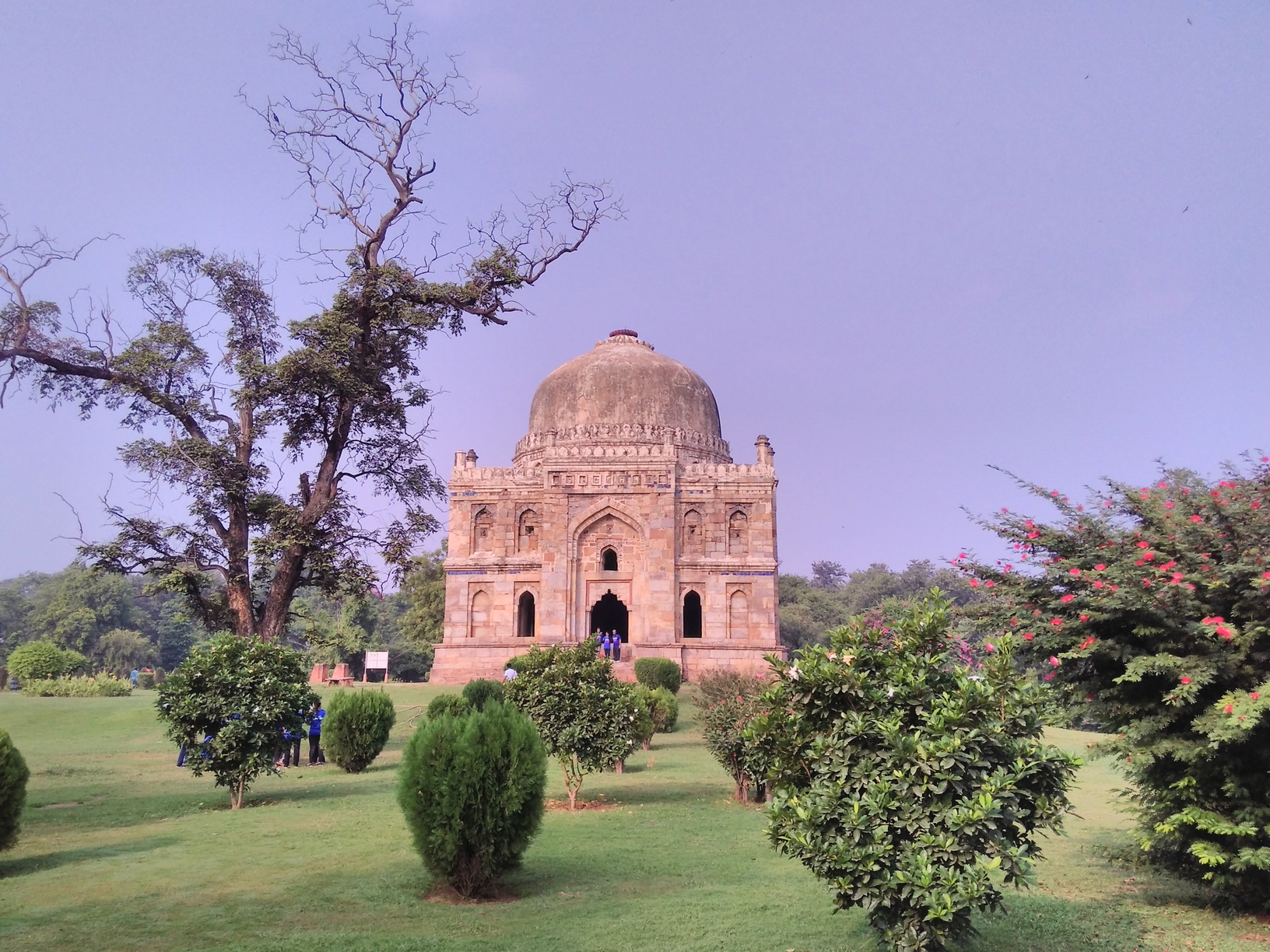 Tomb in the Garden 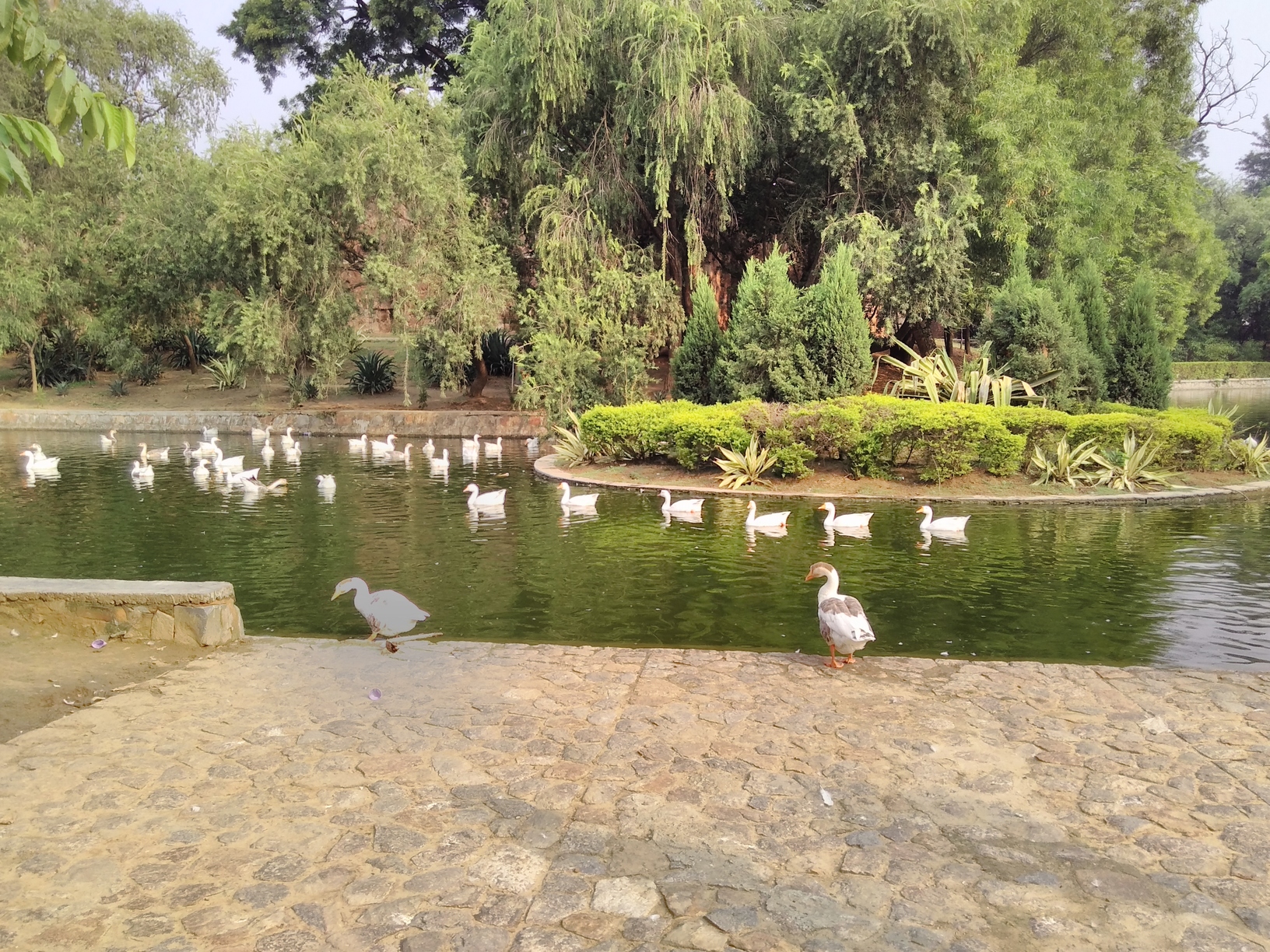 Lodhi Gardens are a hotspot for the elite Delhiets for Morning/Evening walks. Apart from its astonishing ecosystem it houses various tombs and domes from Lodhi Dynasty. Now one can see people training for marathons doing CrossFit here. 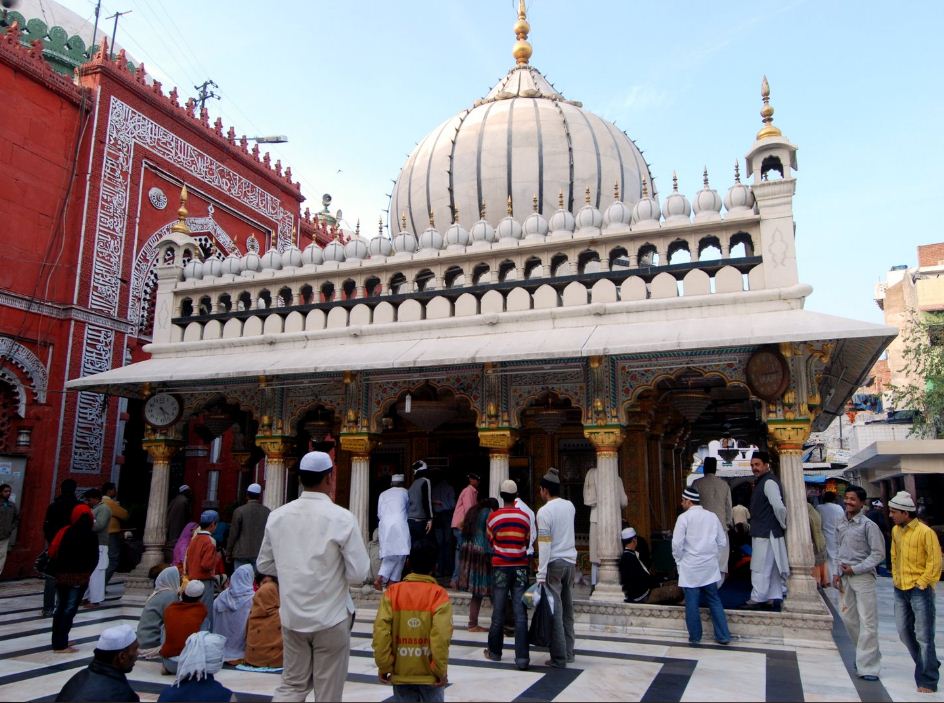 At a few foots is the is the dargah of one of the world’s most famous Sufi saints, Nizamuddin Auliya. We paid the visit and then went from one spiritual experience to another in the lotus temple. 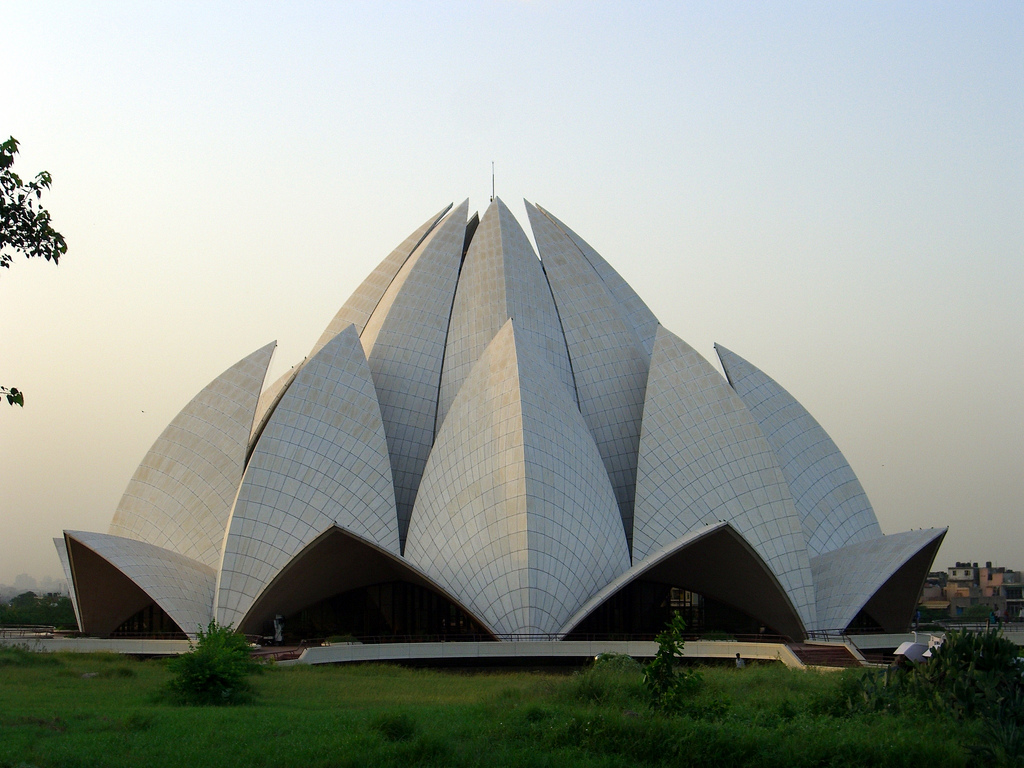 The design of lotus Temple is inspired by… Well, Lotus Flower. But what is more, intriguing than its spectacular Architecture is the faith associated with it. The Lotus Temple is a Bahá’í House of Worship. Bahá’í Faith, hold its foundation on the Oneness of God, the Oneness of Religions, and the Oneness of Mankind. In the Bahá’í philosophy humanity is understood to be in a process of collective evolution. Religion is thus seen as orderly, unified, and progression from age to age. Bahá’í teachings state that God is too great for humans to fully comprehend. Hits straight in the Atheist/Agonist Mind. Right?