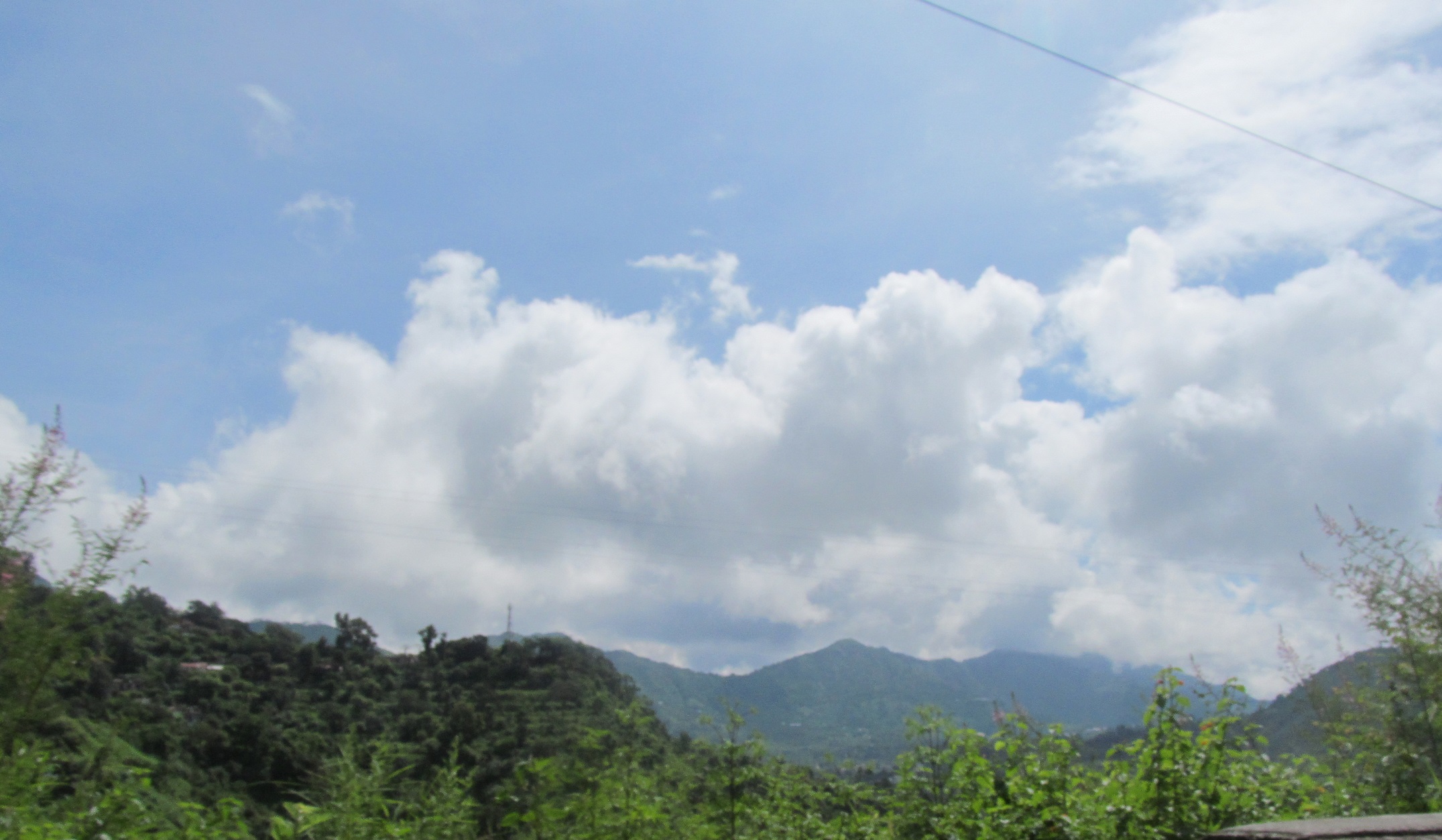 It was about three months and I had only gone to and fro my home in the name of travelling. After a series of changing plans for finding the best places to go in this monsoon season , we decided to give Parashar lake in Himachal a try. But again the stars had something else in mind. After some other unfortunate turn of events, we landed in Sattal. 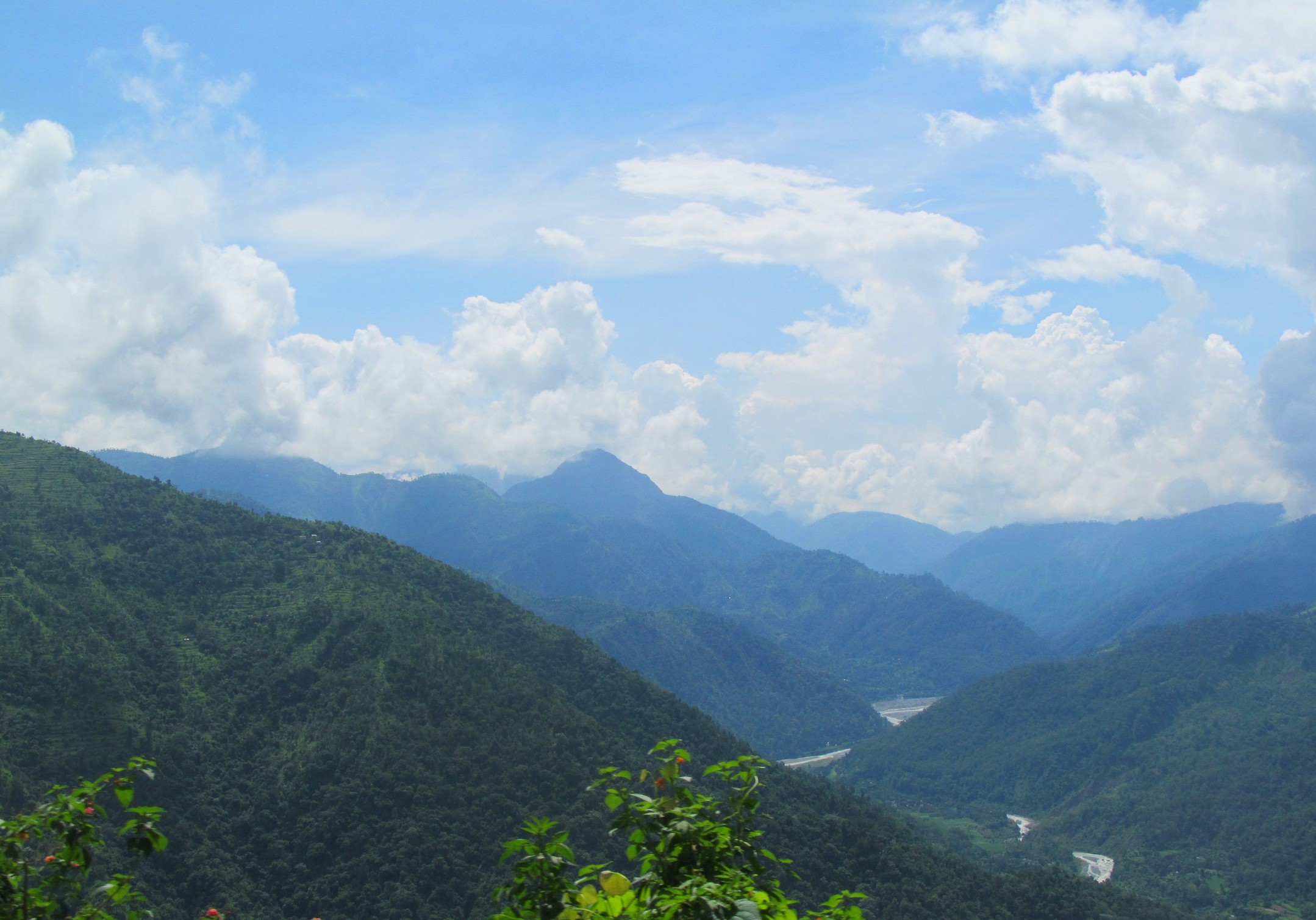 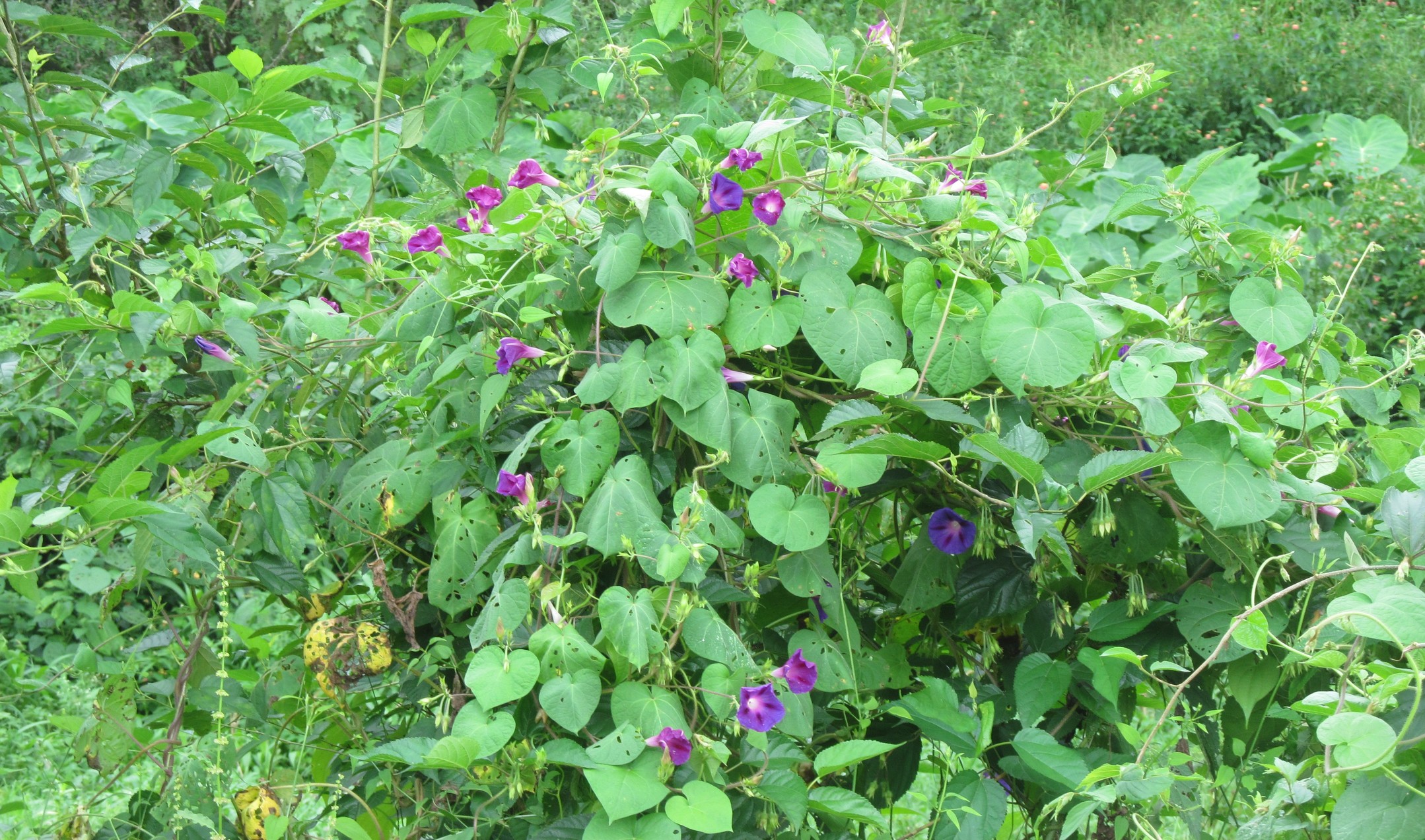 Flowers on a calliper 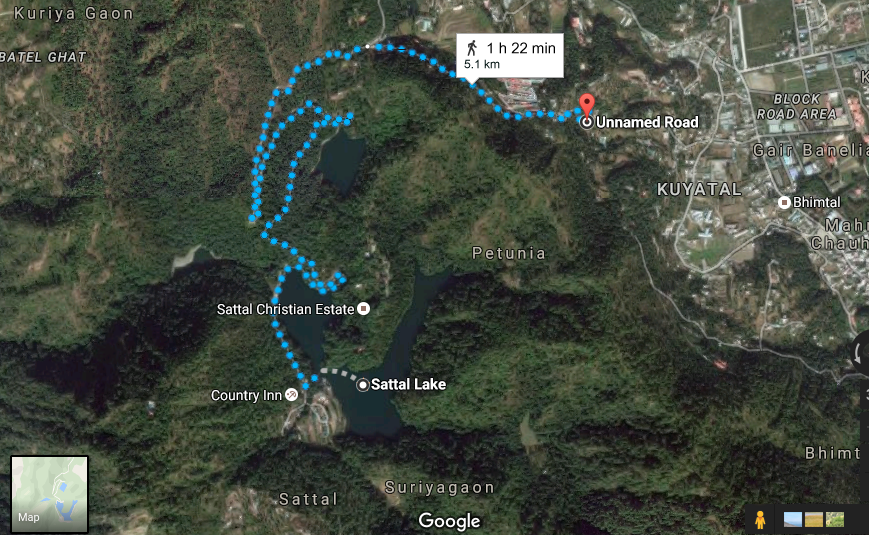 Sattal is an interconnected group of seven freshwater lakes situated near Bhimtal. We reached Haldwani three hours late as the bus tire got punctured near Joya. Since, it was a trip planned in a frenzy, After reaching Haldwani, We decided to stop the bus somewhere before Bhimtal and take the hill route till Sattal. But the driver told us that it will be a long path and we should better take the vehicles from Meheragaon. However, Google Maps showed a path which was relatively shorter and doable on foot. I had confidence in my instincts, so I asked the Driver to drop us at that point and luckily we were at the spot from where Sattal was only 5 km away. Thanking the universe, we started the walk. 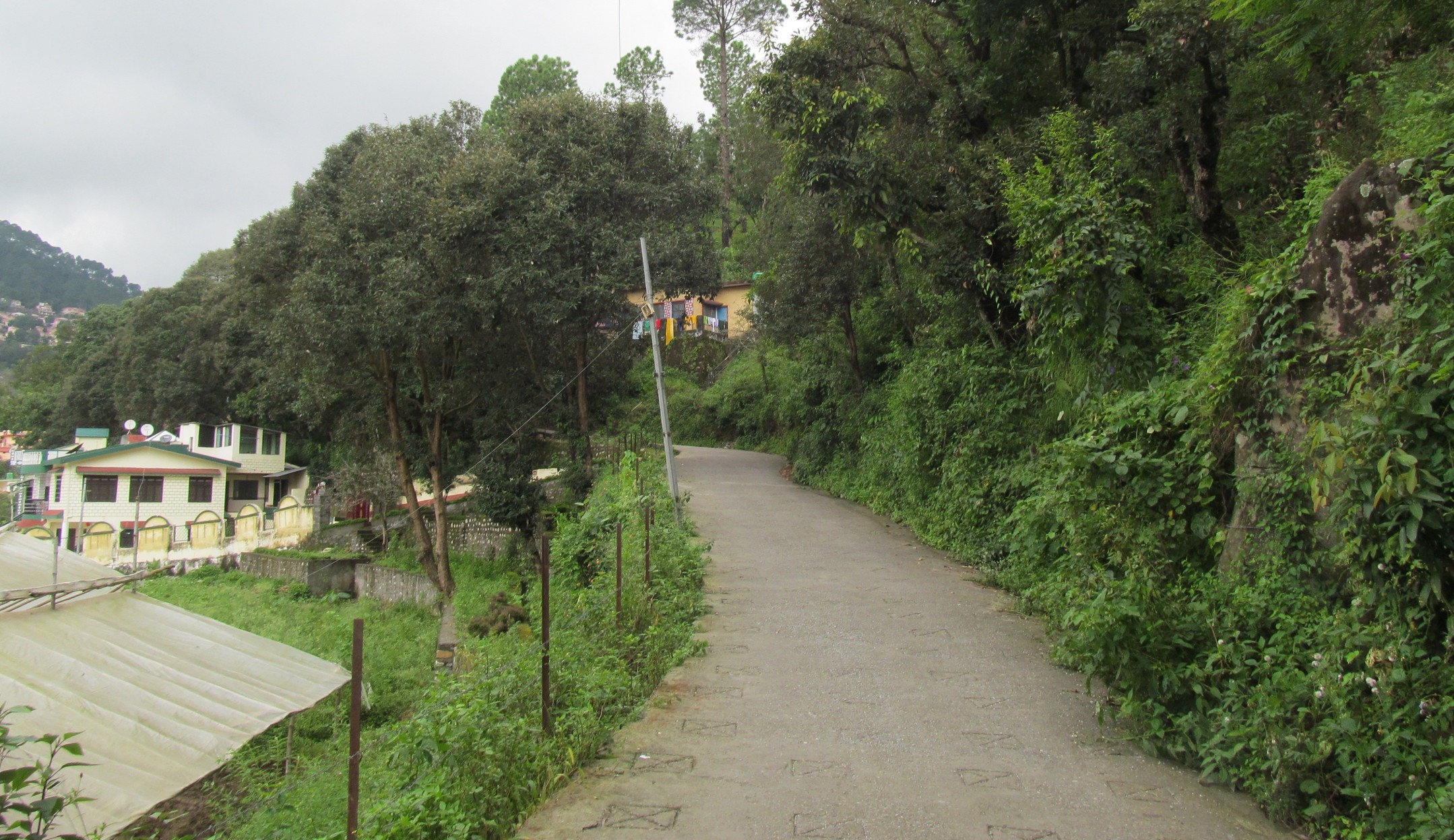 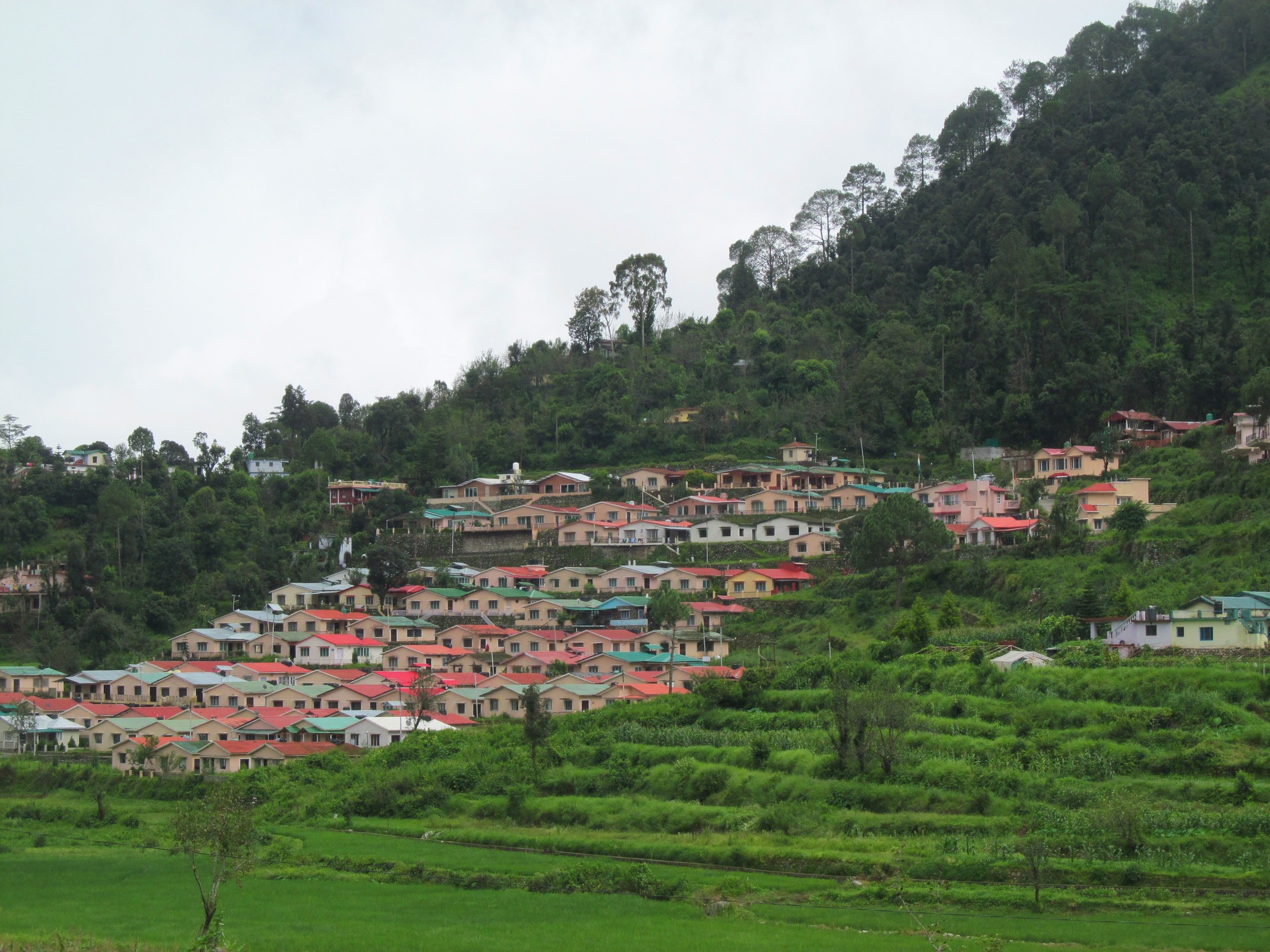 Houses on the way 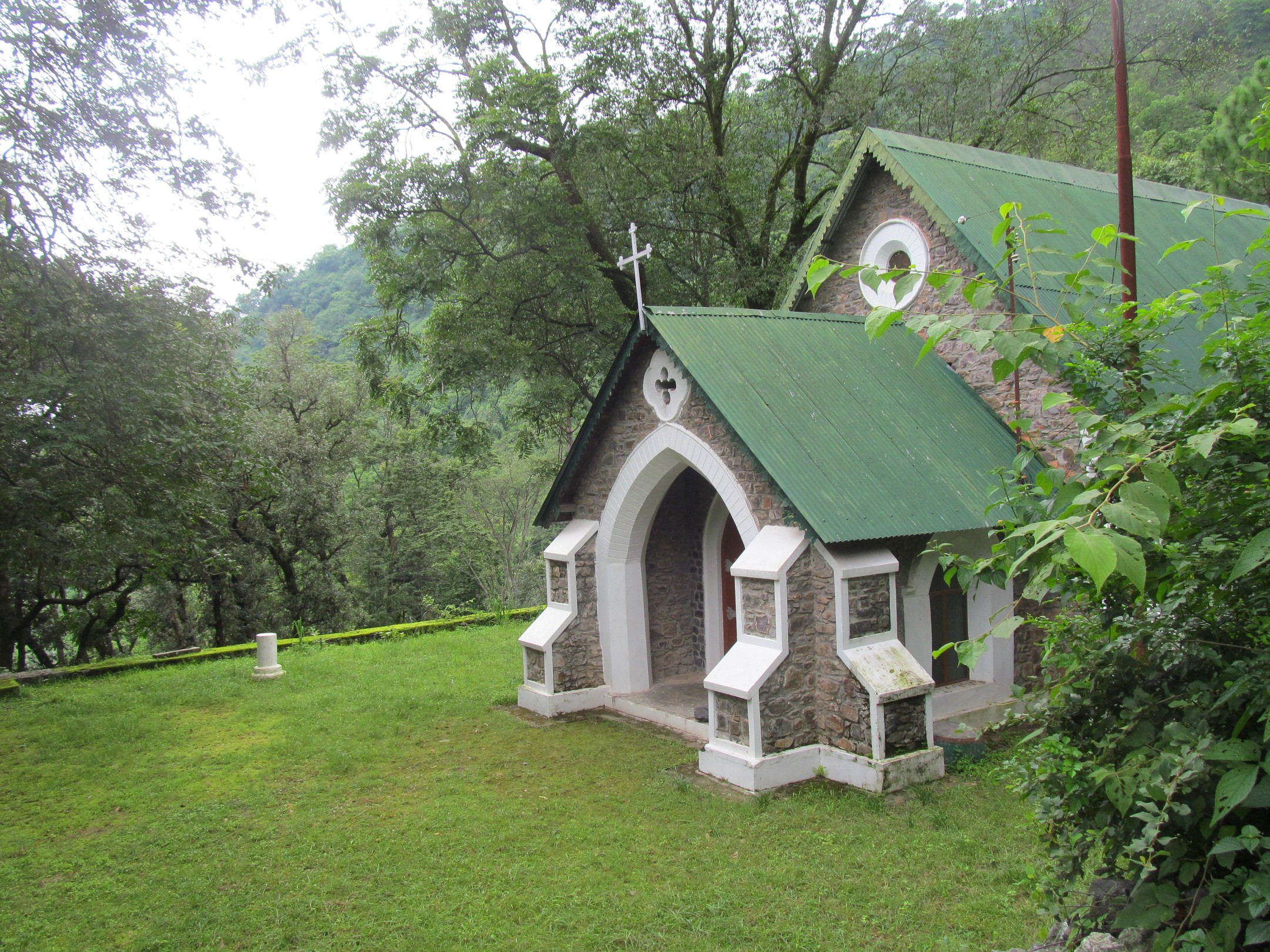 Initially, there were Houses on the way, which cleared the way to dense oak and pine trees. The locals helped us with the diverging paths. And after half an hour we found ourself outside a church. A church between hills and Forest looked like a scene from an old Movie. We resumed our walk and reached Nal-Damyanti Tal. 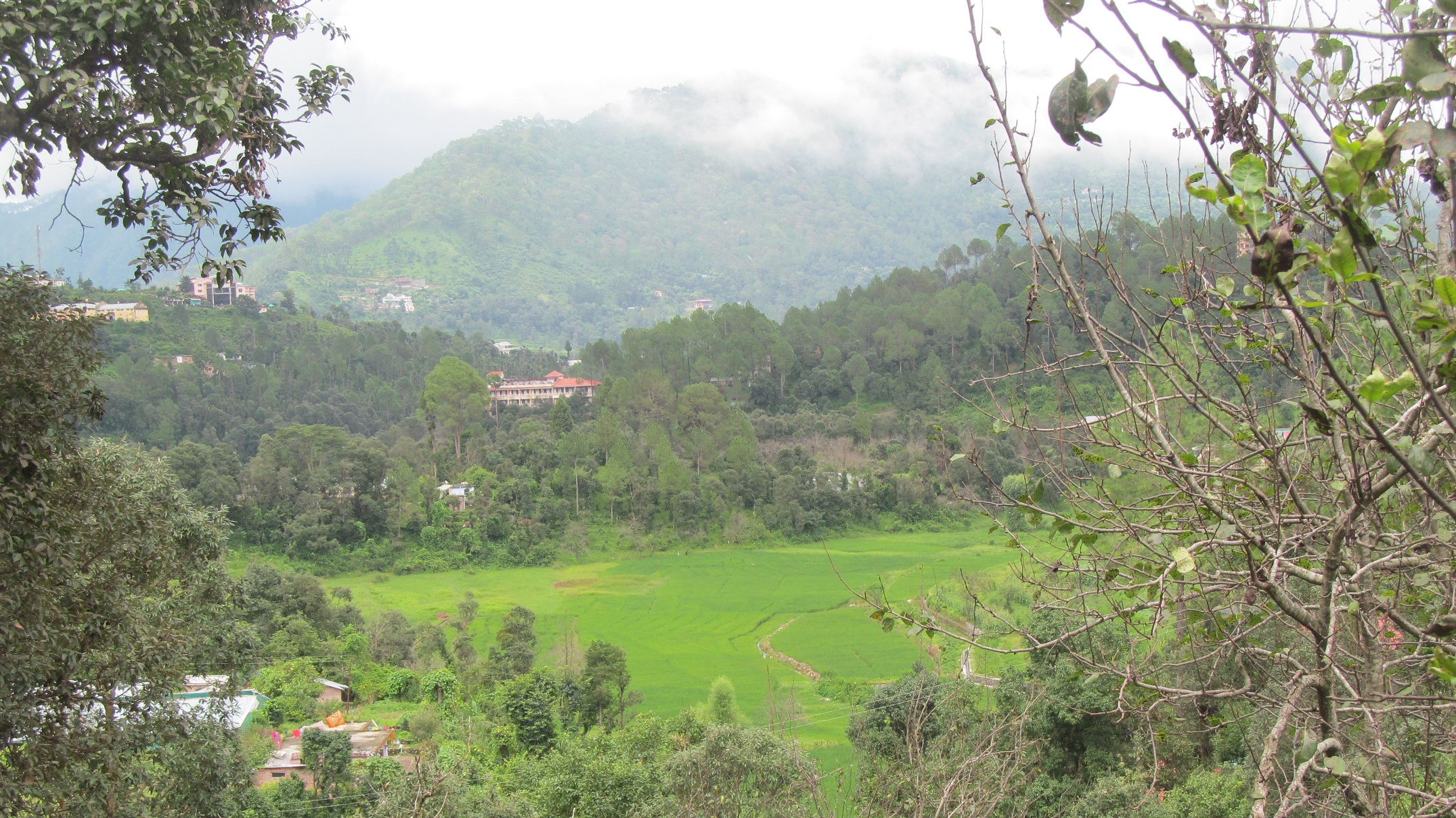 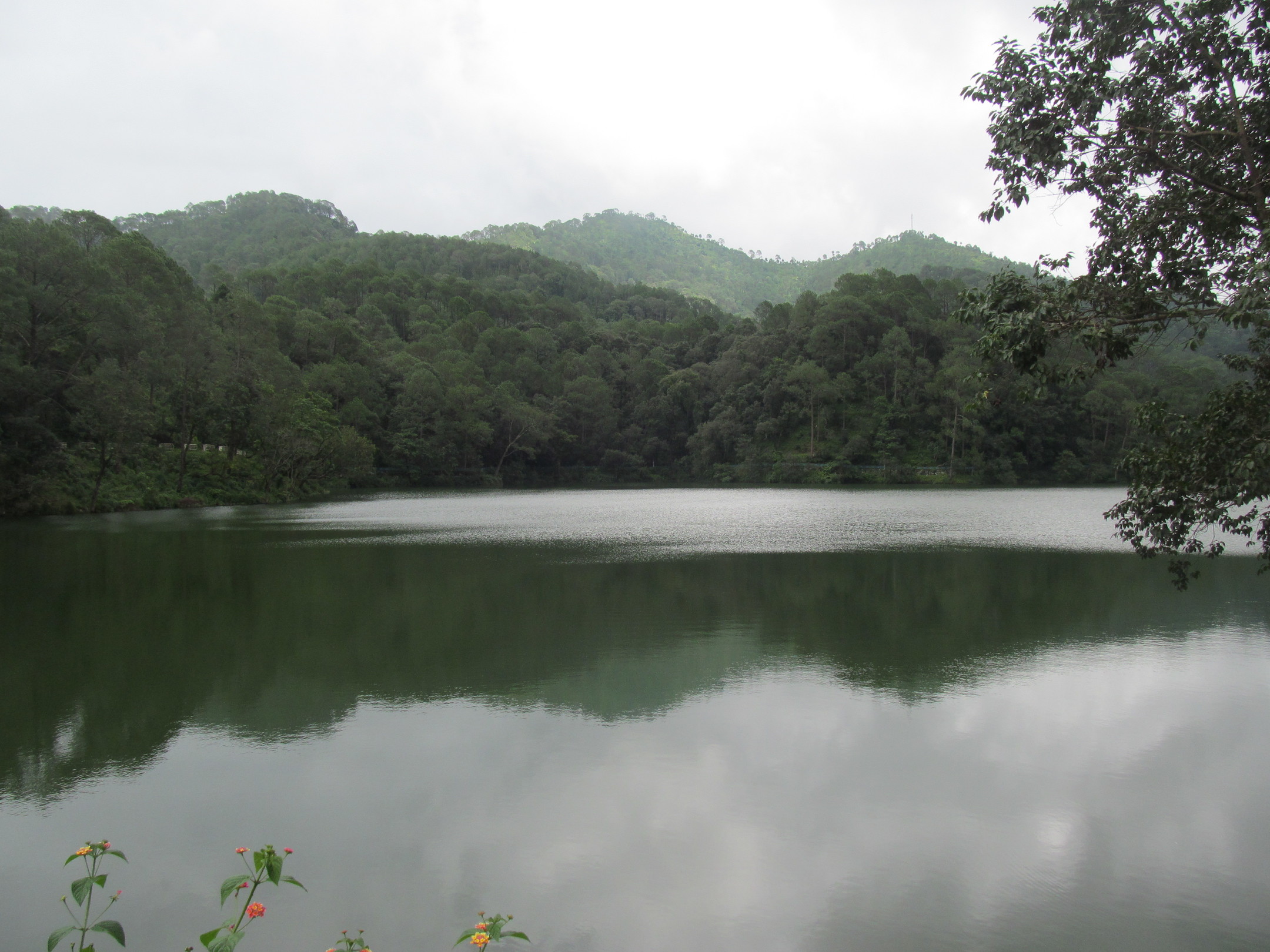 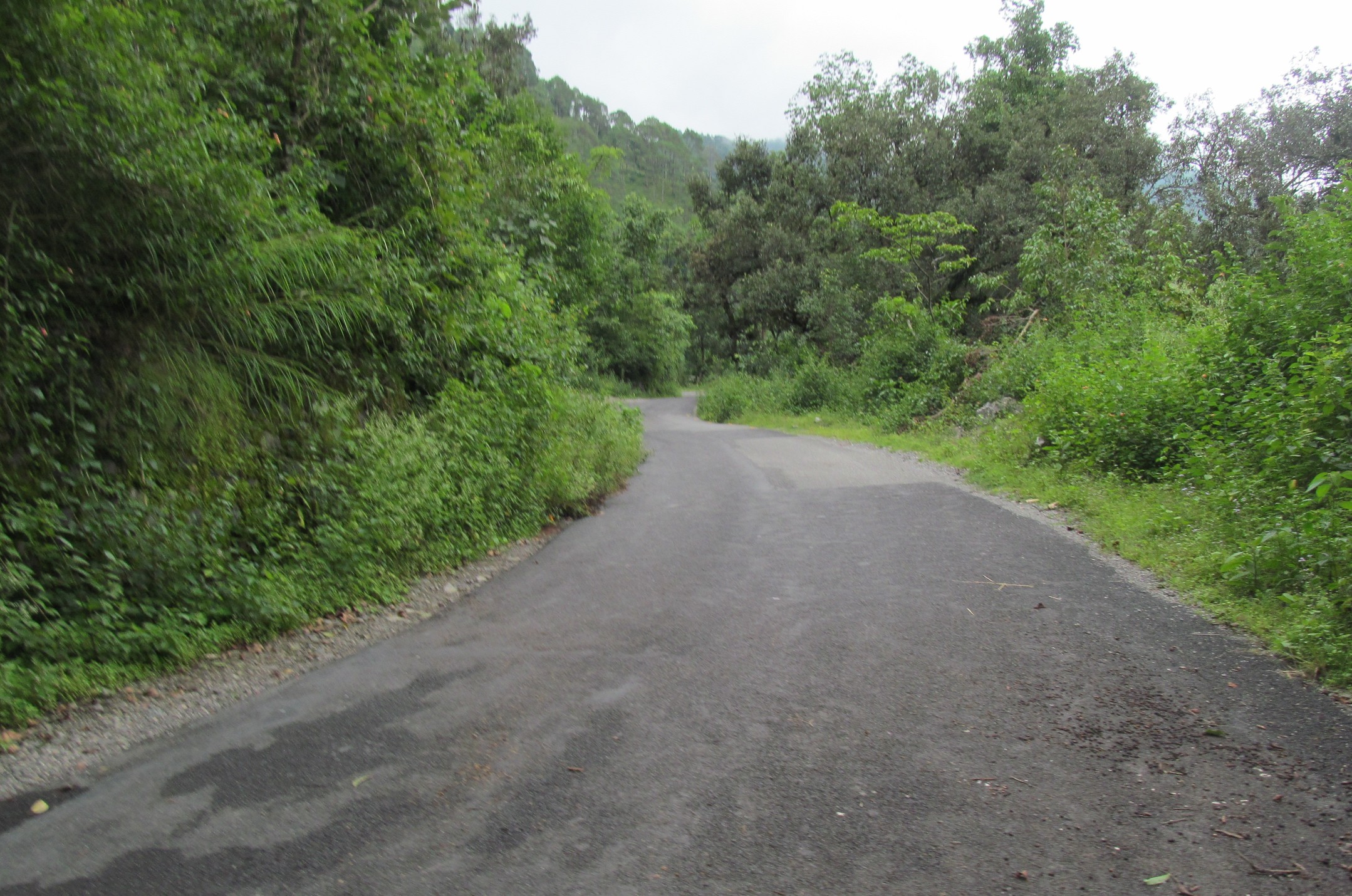 Somewhere in between, it started raining. After a few drops, everything became better, the trees became greener, the smell of flowers became more vibrant, the songs of birds became clearer and the void inside starts to fill in. We reached Sattal at around 2 pm. 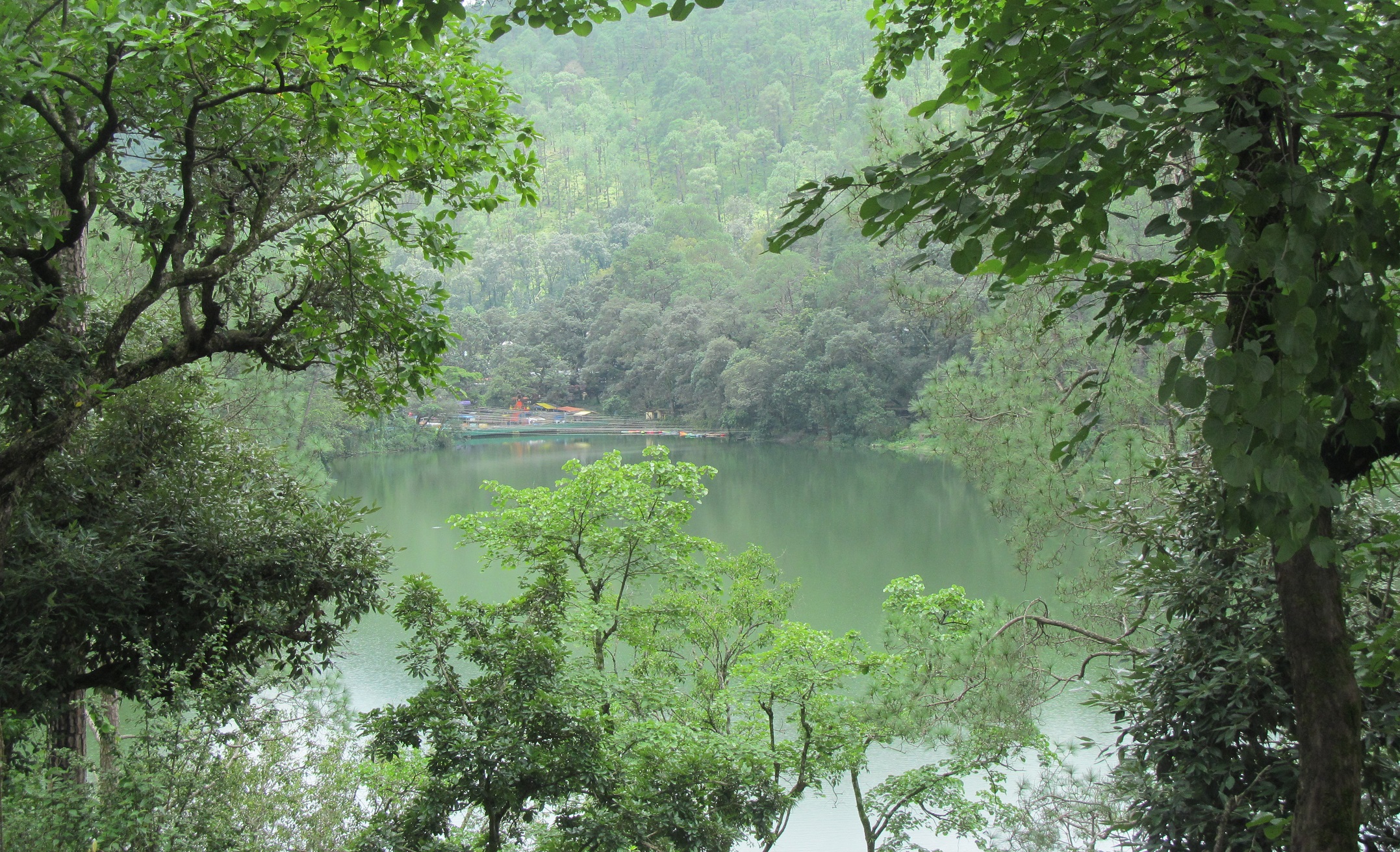 Maggi and Hills : A perfect Combination

We sat alongside the lake for a while and had Yummy maggy. There were many monkeys and ducks beside the lake that brought chaos to the calmness of the lake. We went to KMVN after it grew darker. The room were quite nice. At this time of the season, there was no one except us. Which was quite scary, but we slept peacefully. 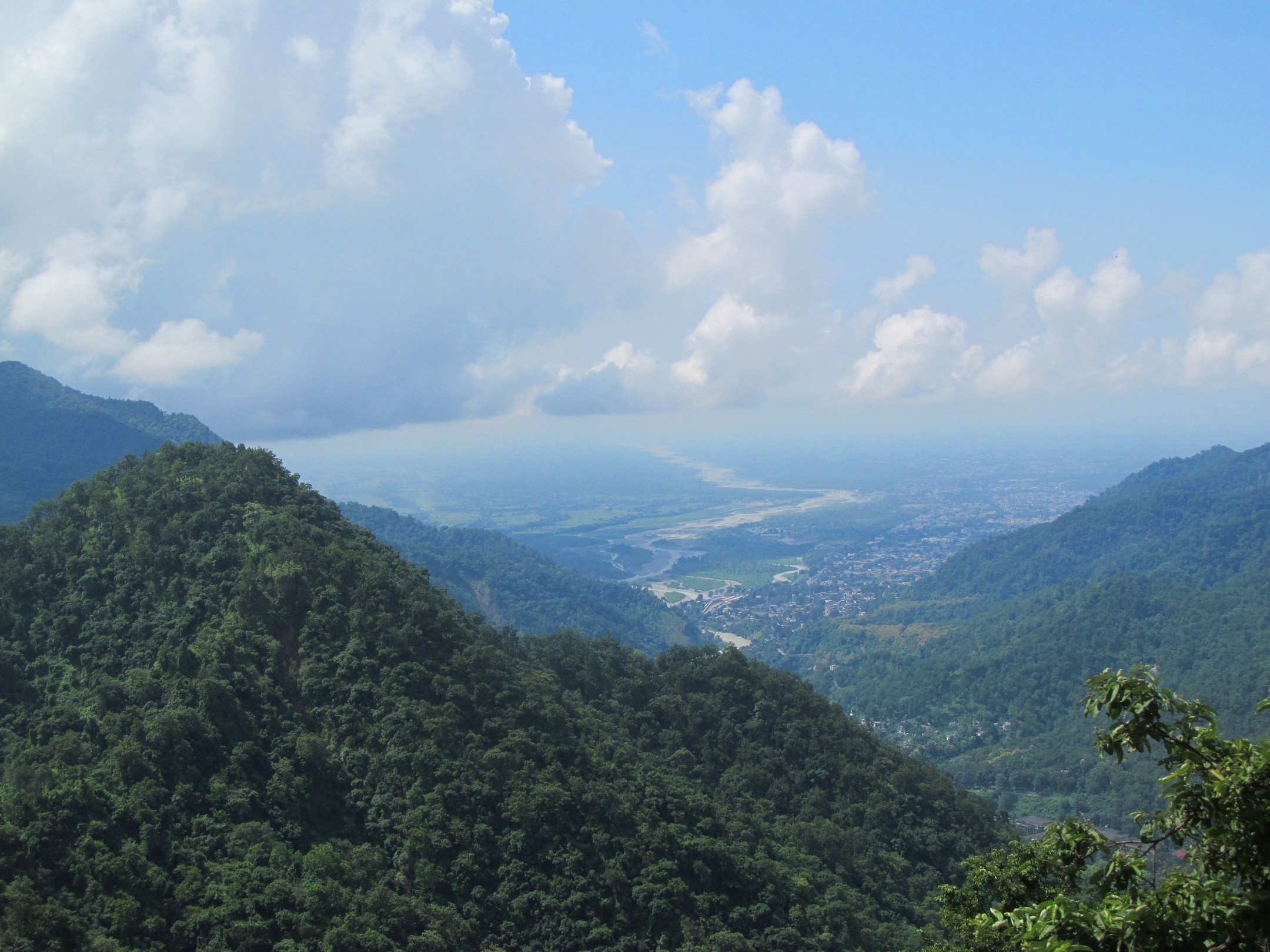 In the morning we had a heavy breakfast and started the hike back to Bhimtal. After Reaching home I figured out that we had missed some nice places like Subhash Dhara which are a short hike from Sattal. 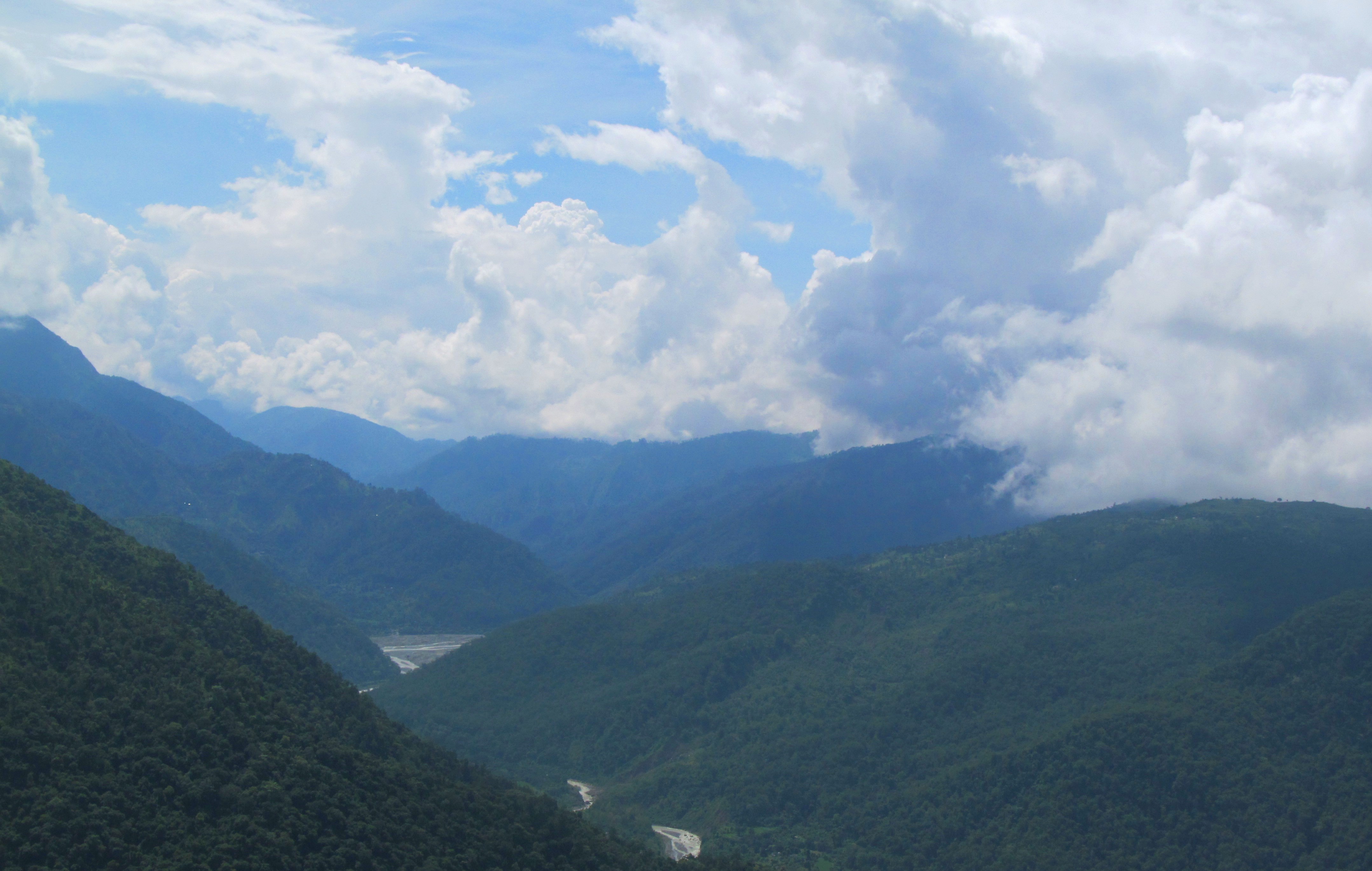 Other than regular sightseeing activities like boating and Paragliding can also be enjoyed at the lakes. Sattal is an ideal destination for a weekend gateway if you are in and around Delhi.