After a lot of boring weekends and as an escape to the chilling “Dilli ki Sardi”, we planned a trip to the capital city of Rajasthan - Jaipur. 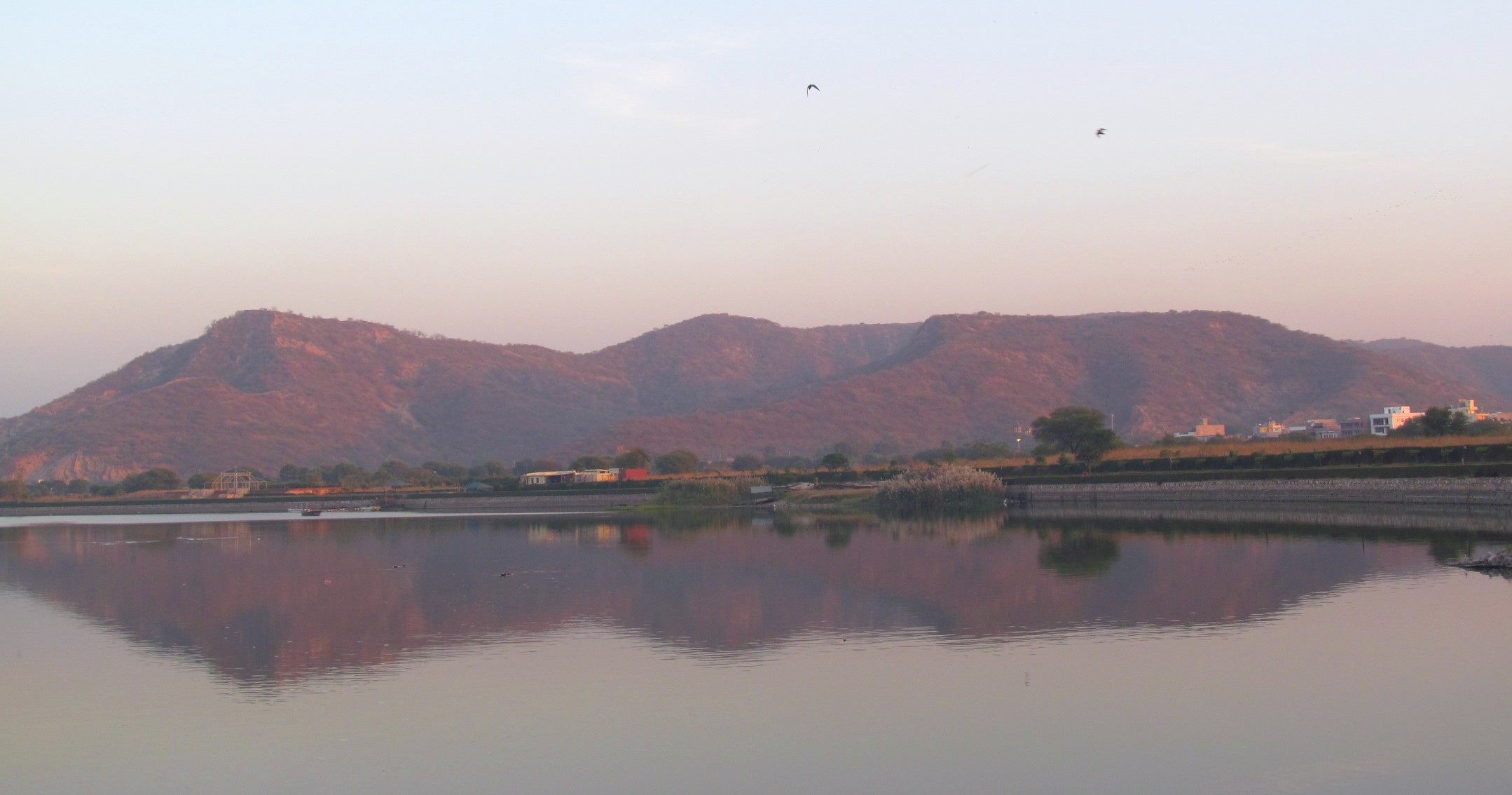 Our Plans were big but thanks to IRCTC, half of them went down the drain. However, let’s forget that and focus on the good parts (Isn’t that what life is all about !). So we started our journey on Thursday night to Jaipur and reached pretty early at around 6:00 am. The temperature was so low that we started shivering and started searching for some shelter. But since we had planned to follow an itinerary, after filling the Thermos with tea, hopped in an auto and reached Nahargarh Fort. As the Auto got lost between the lanes we decided to start walking to the gate. 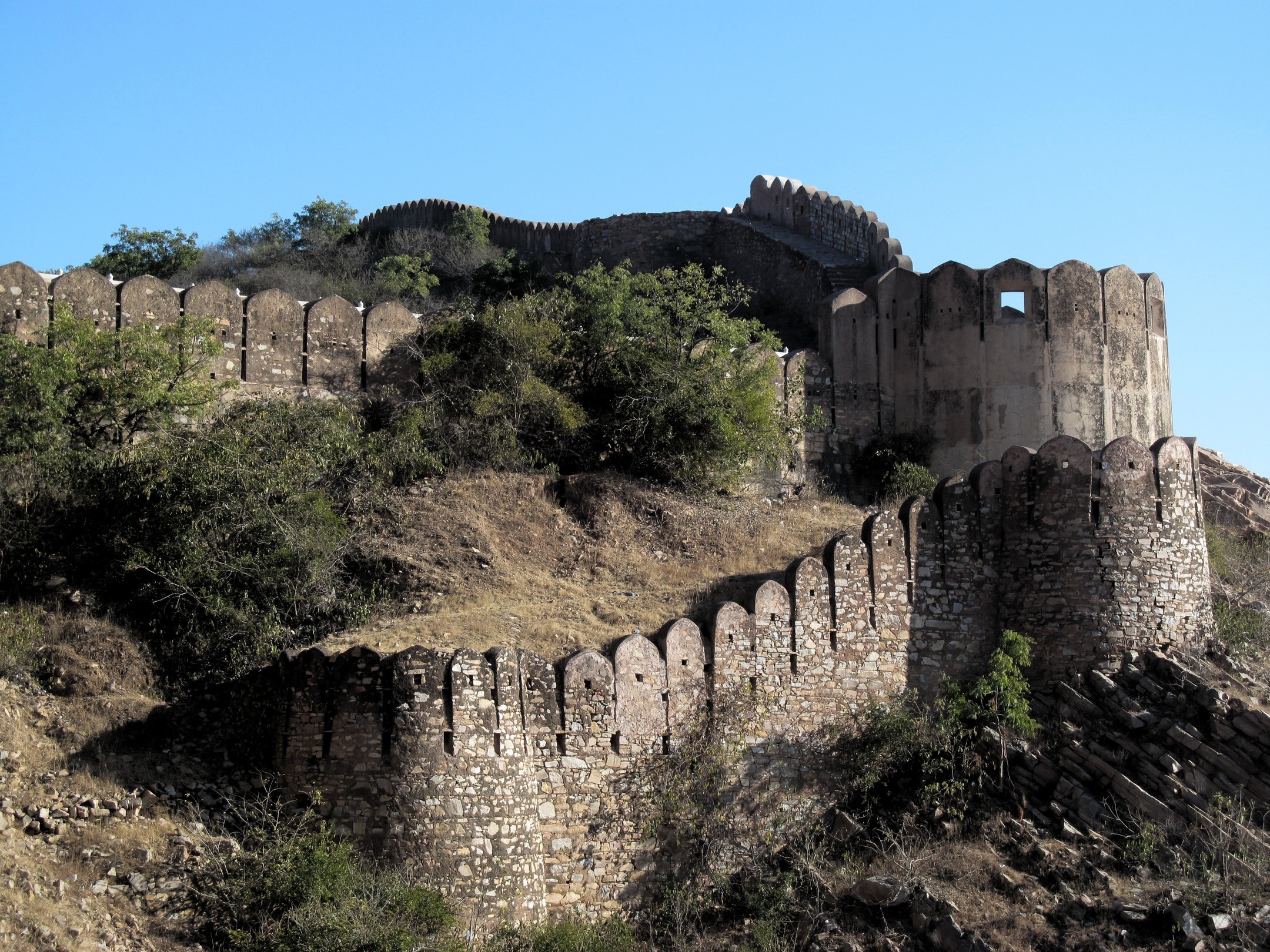 Nahargarh is build on top of a hilltop and although it is not a Herculean task to climb that hill. But with around 25 kg of backpack filled with bare necessities, one has to break a sweat. We reached the top and the entire city was looking as if it is covered with a warm white blanket. We sat on the topmost machan and watched the morning sun rising up from behind the hills clearing the fog from the city. It Felt Just Heavenly as we watched the scene while sipped warm tea from the Flask. 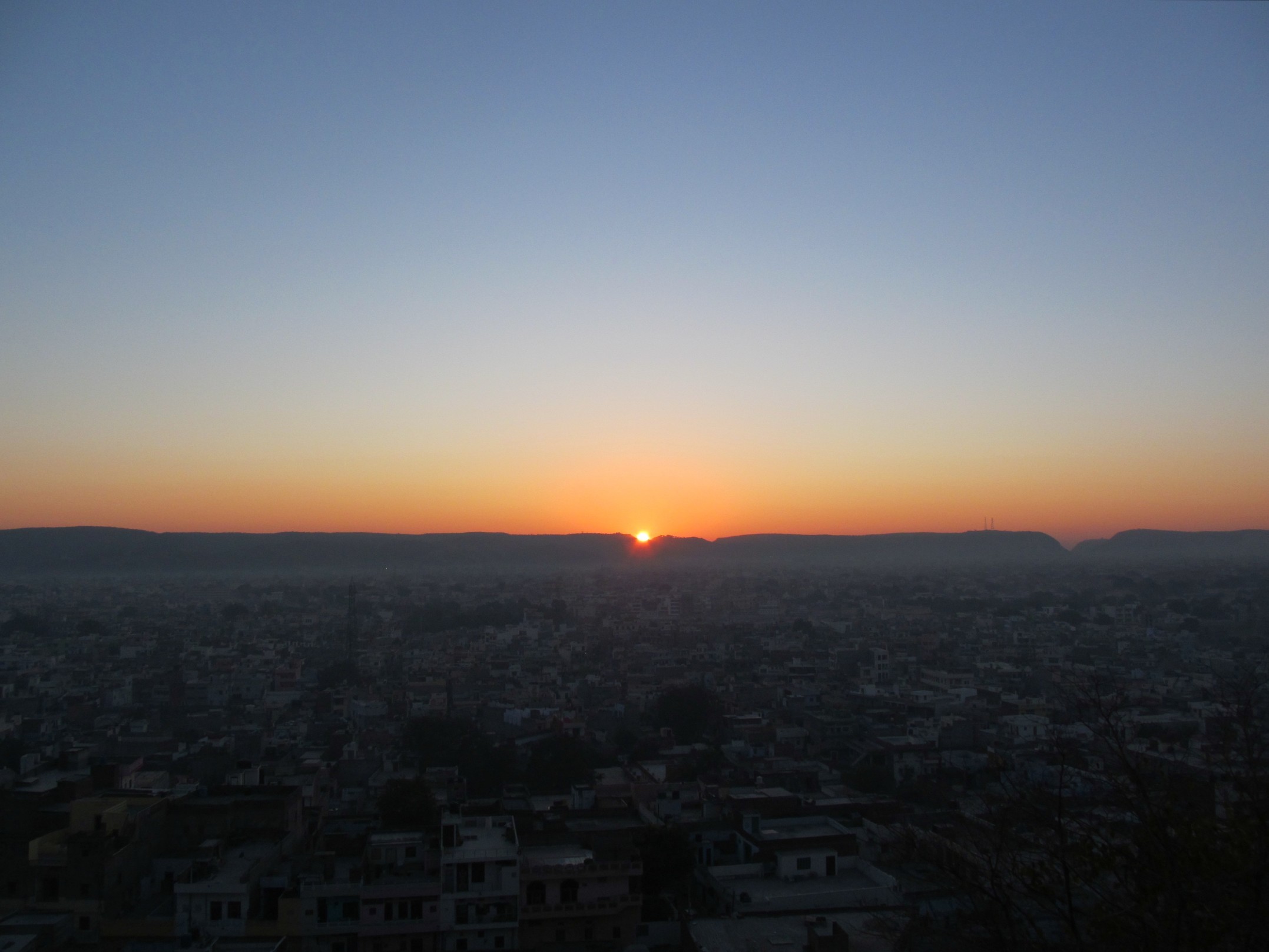 Sunrise from the Fort 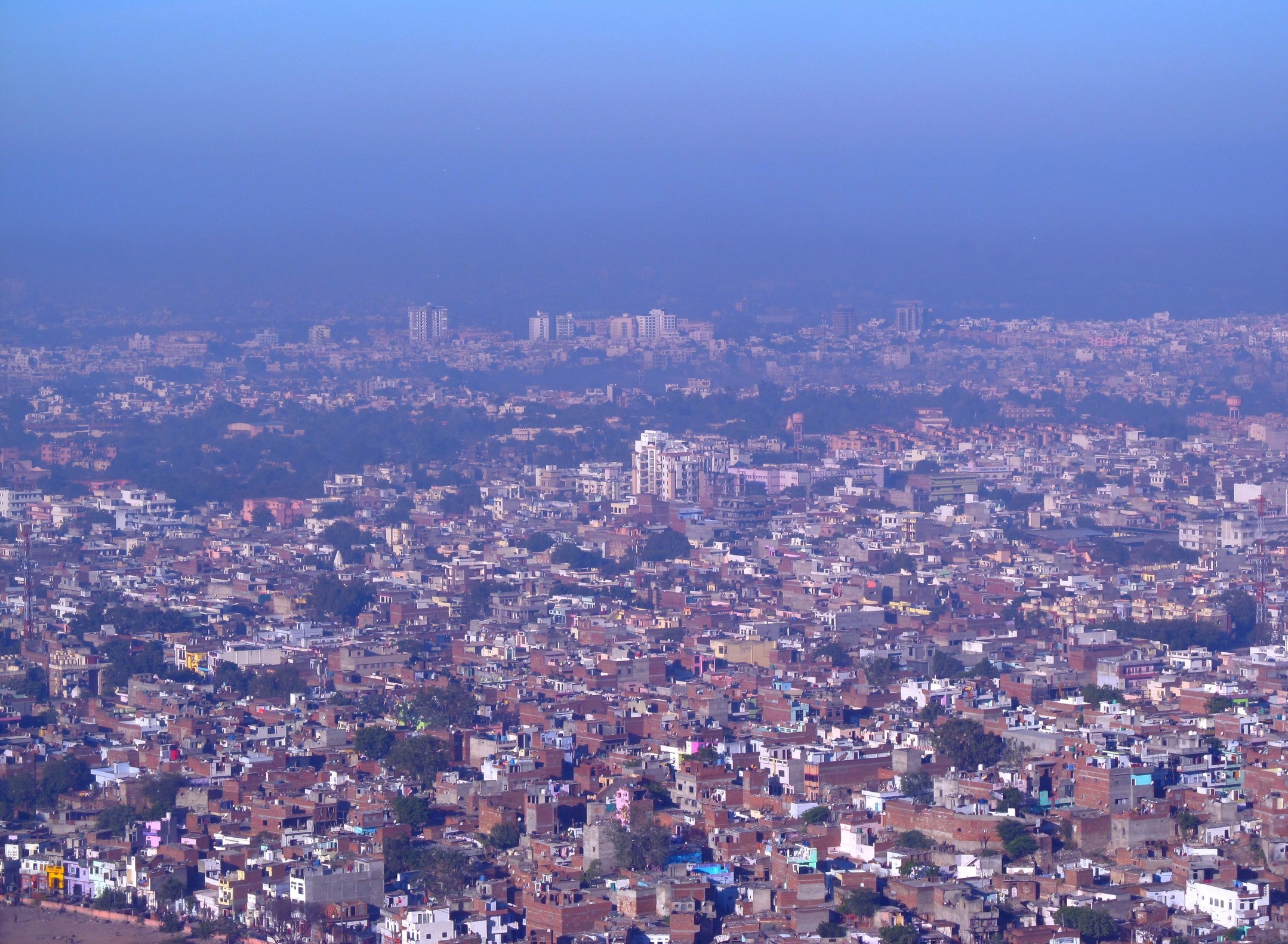 City View From the Fort 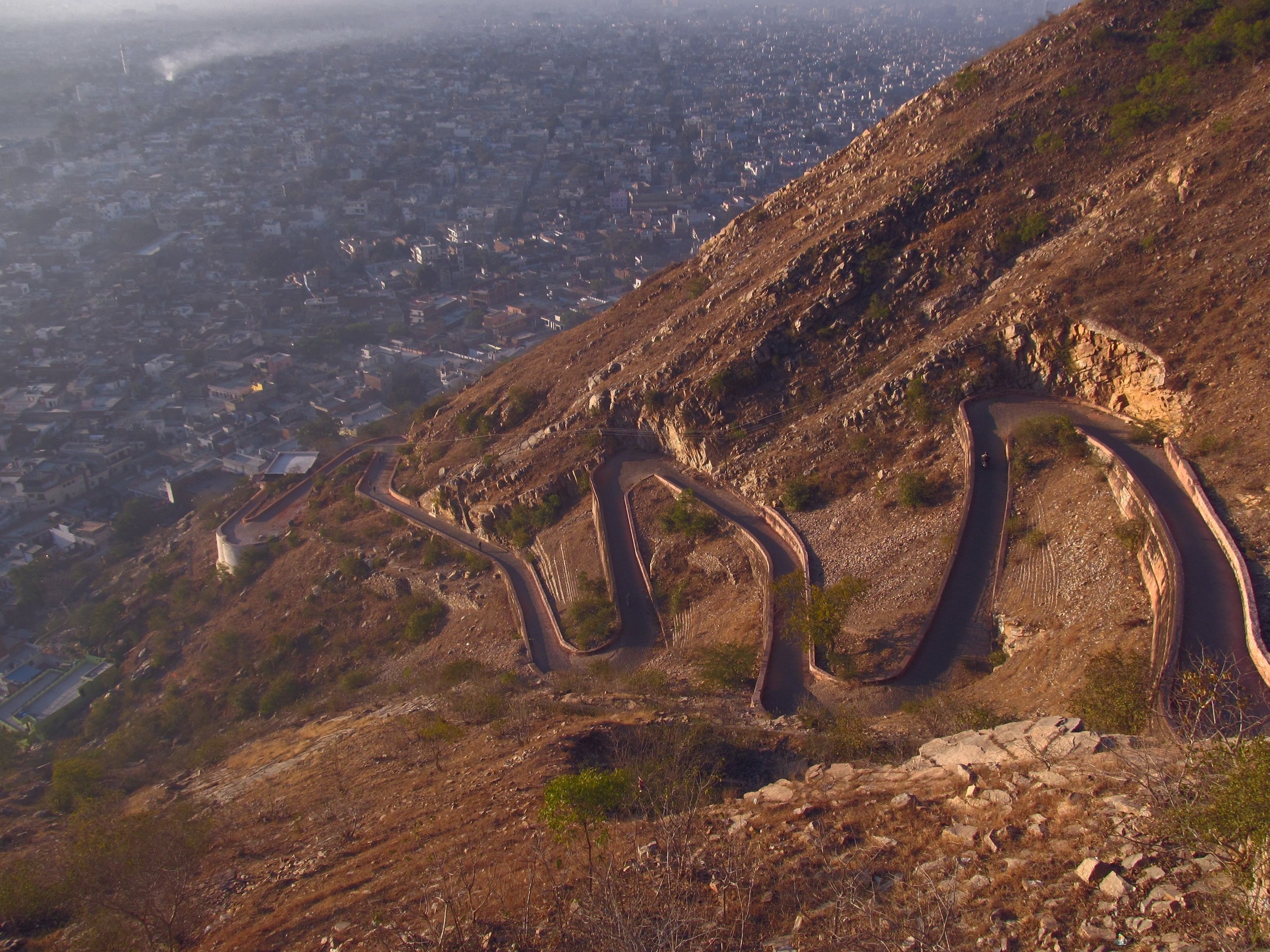 We strolled around the outskirts of the fort for around two hours and then came down. We then booked a jugnoo from there and went to Hawa Mahal. Hawa mahal has a beehive structure and is located near badi chopad. It was early morning and the sunlight though the coloured glasses of multiple windows instilled life in the interiors. 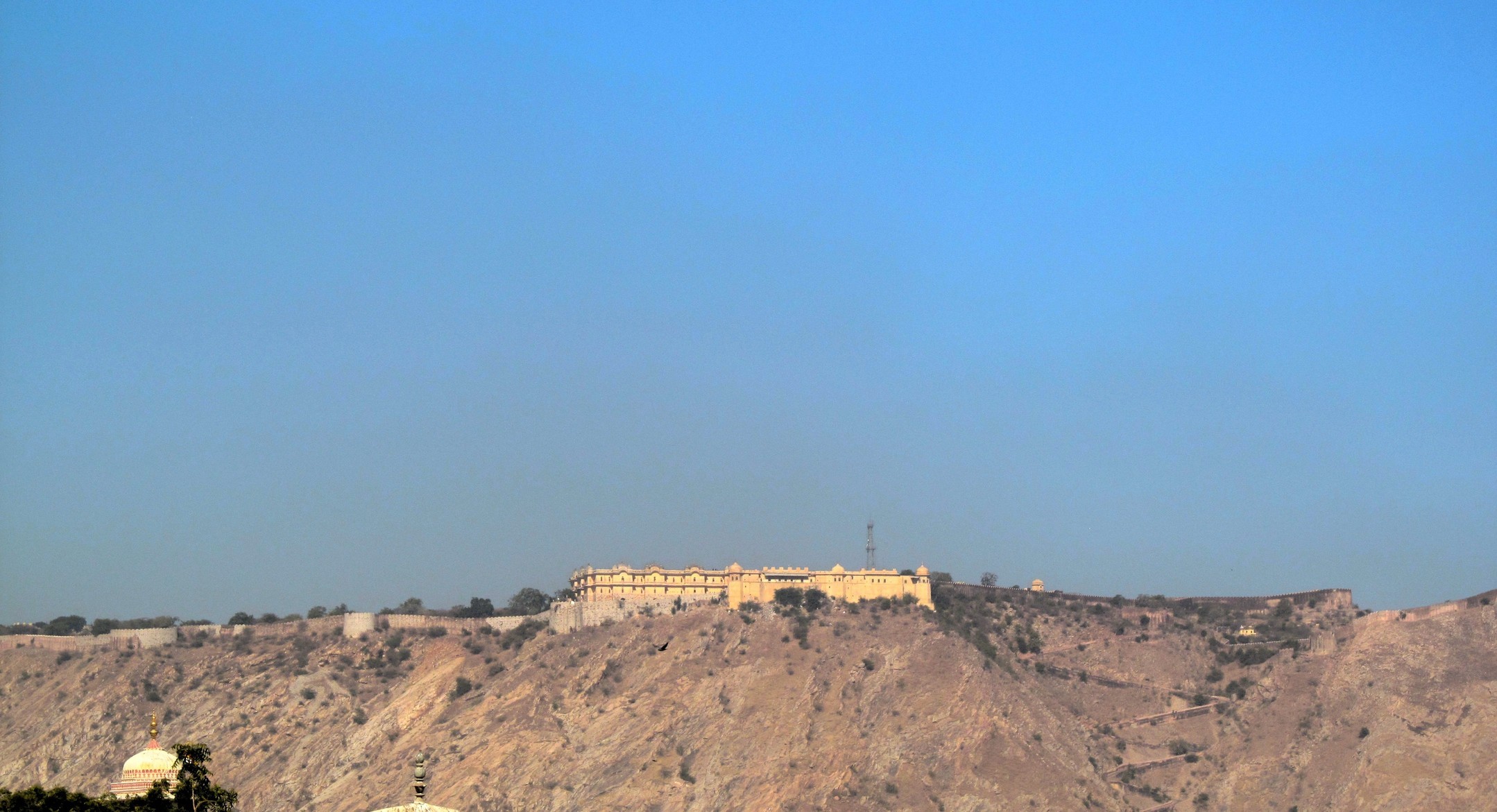 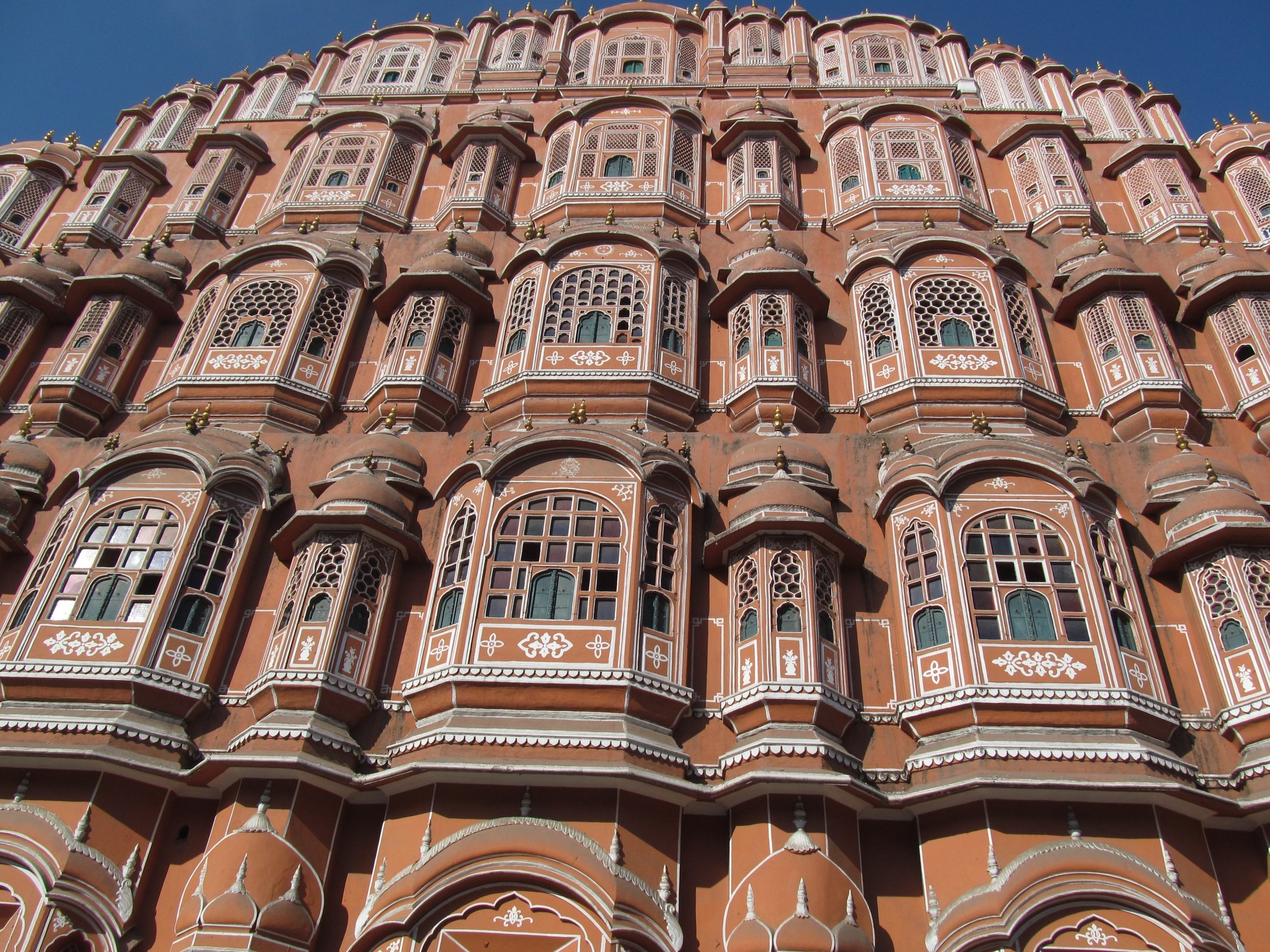 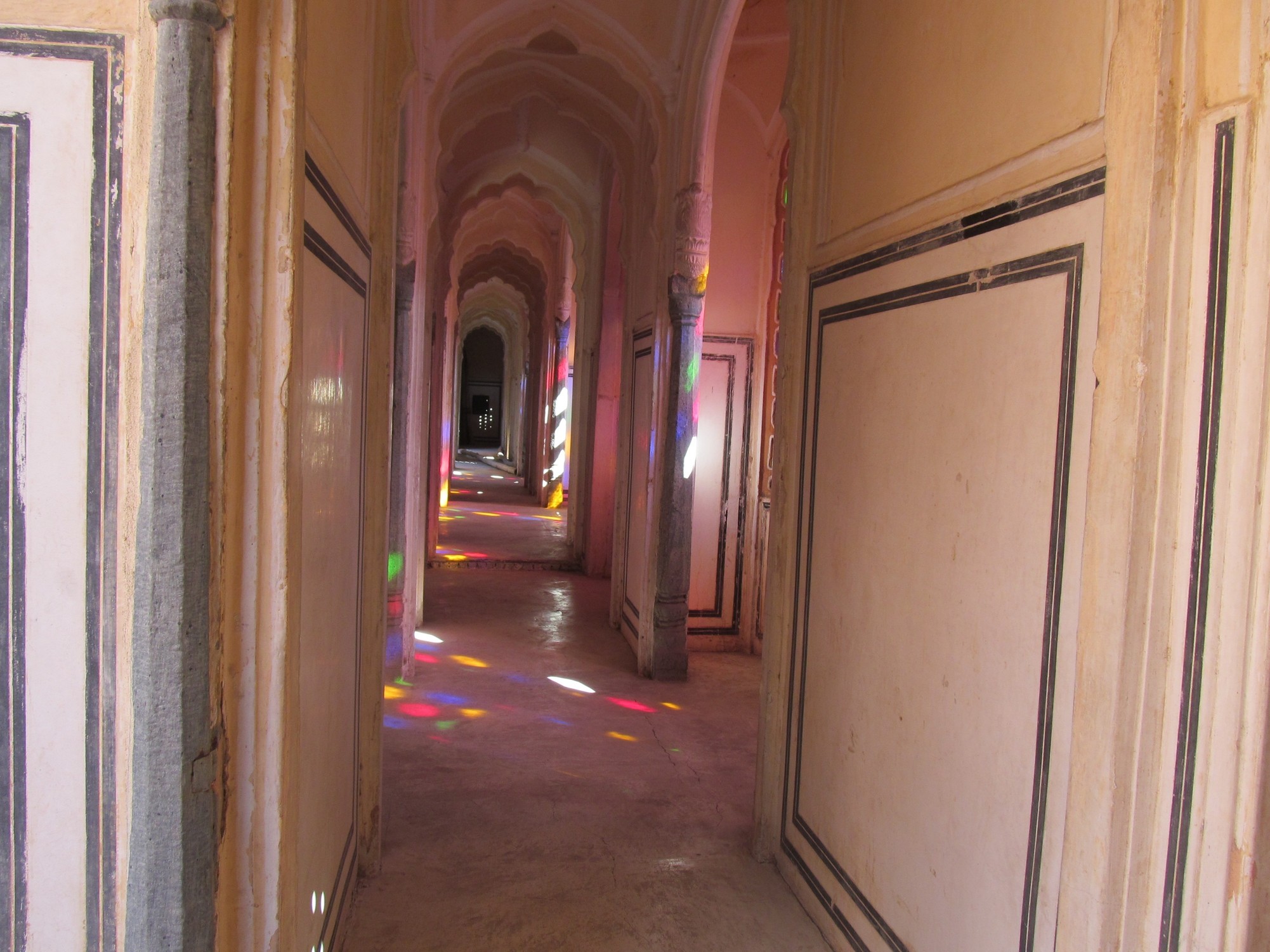 We then headed to our hotel just to find out that our booking was not confirmed by the hotel. After cursing our luck and pledging never to use MakeMyTrip app we moved to a different location. We found a hotel after 2-3 hours of wandering. After resting, we moved to explore the city on feets. Covering Rajmandir, Statue Circle, Birla Planetarium, Taj Rambagh Palace. 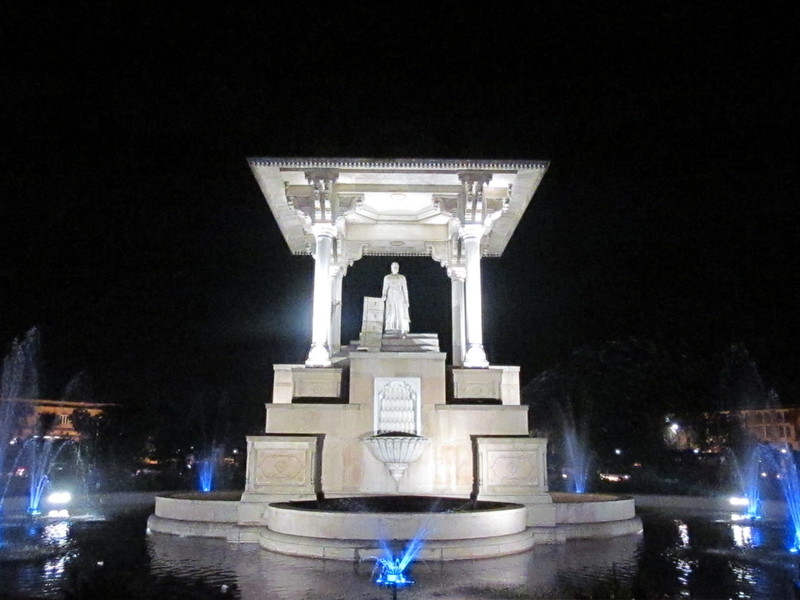 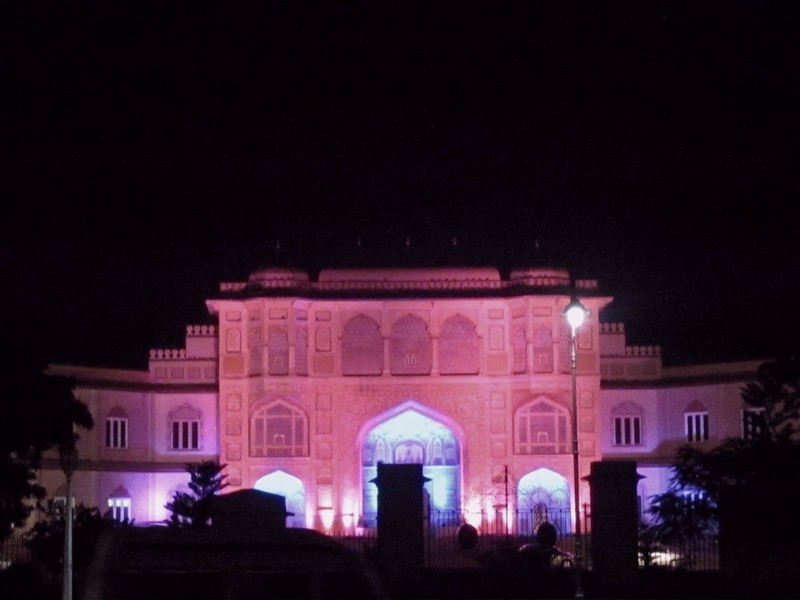 Then we Reached Birla Temple and Ganesha temple. The temples were good. However, the thing that stands out is the dimly lit palace that stands behind the Birla mandir. Since it was Christmas and obviously a full moon night. The view of the fort with a Crystal moon in the background was like a recap of GOT episodes. After sitting on the side walk of the temple, we went back to the hotel. 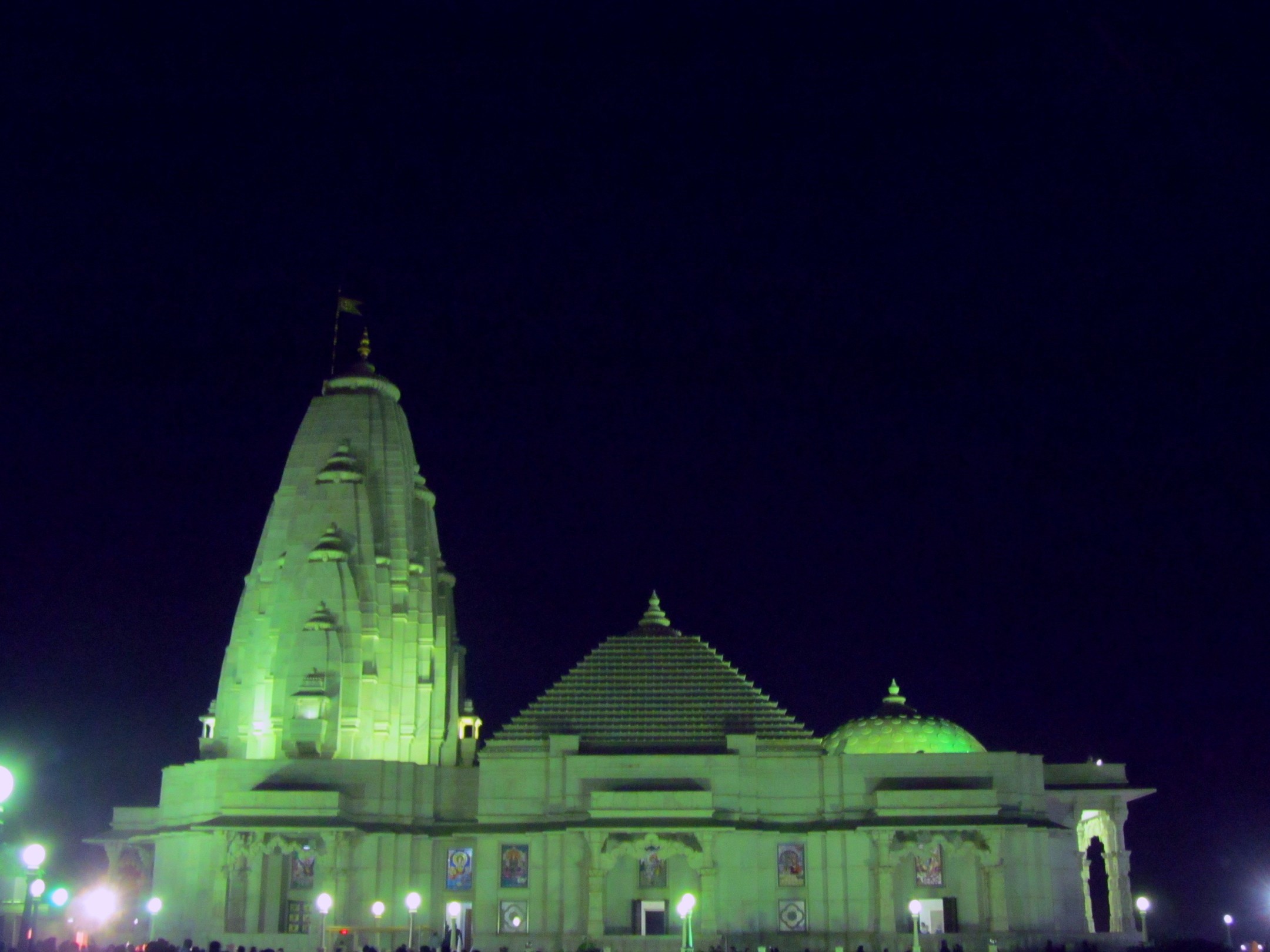 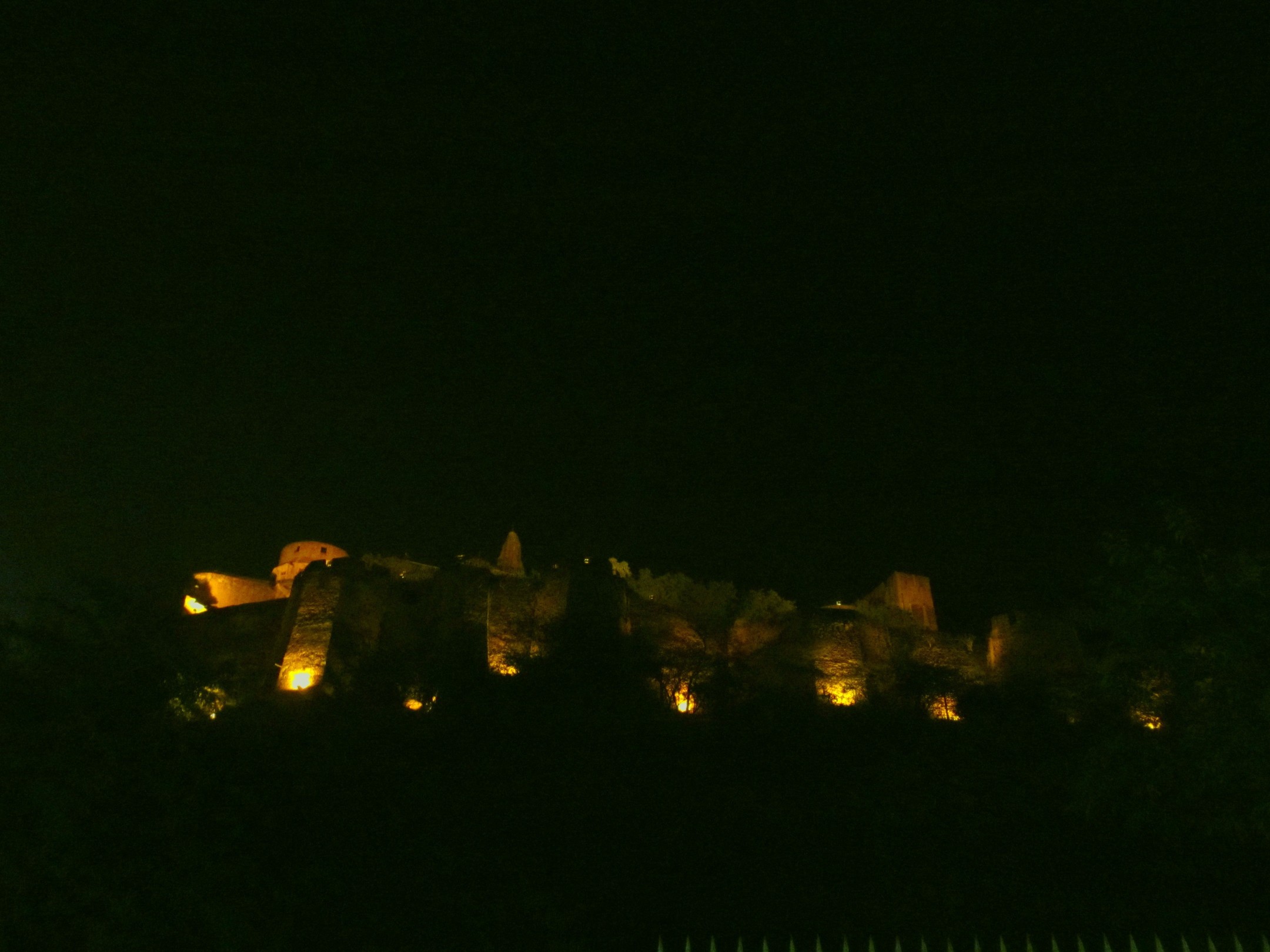 Fort aside the mandir 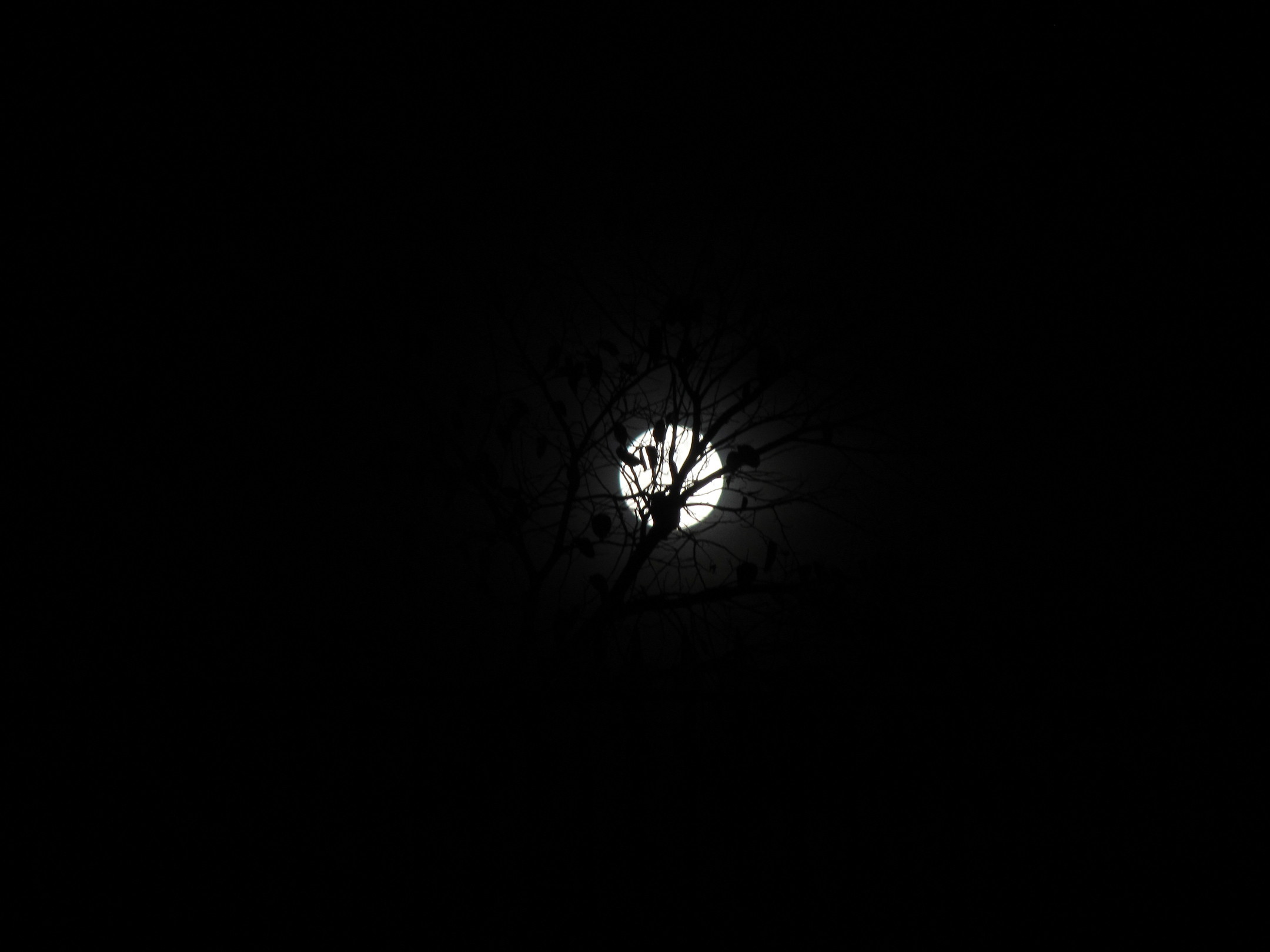 Next day we took an auto to city place. The Auto guy was fun, narrating various stories about the city and his times he told us to visit Albert Hall. After City palace, he dropped us at Albert Hall Museum. The museum has the soul of the city, its culture and its grand lineage. One interesting thing about this place is that it houses many pigeons like too many. I had never seen this many pigeons in my life before. The Museum has a variety of interesting things including a mummy. 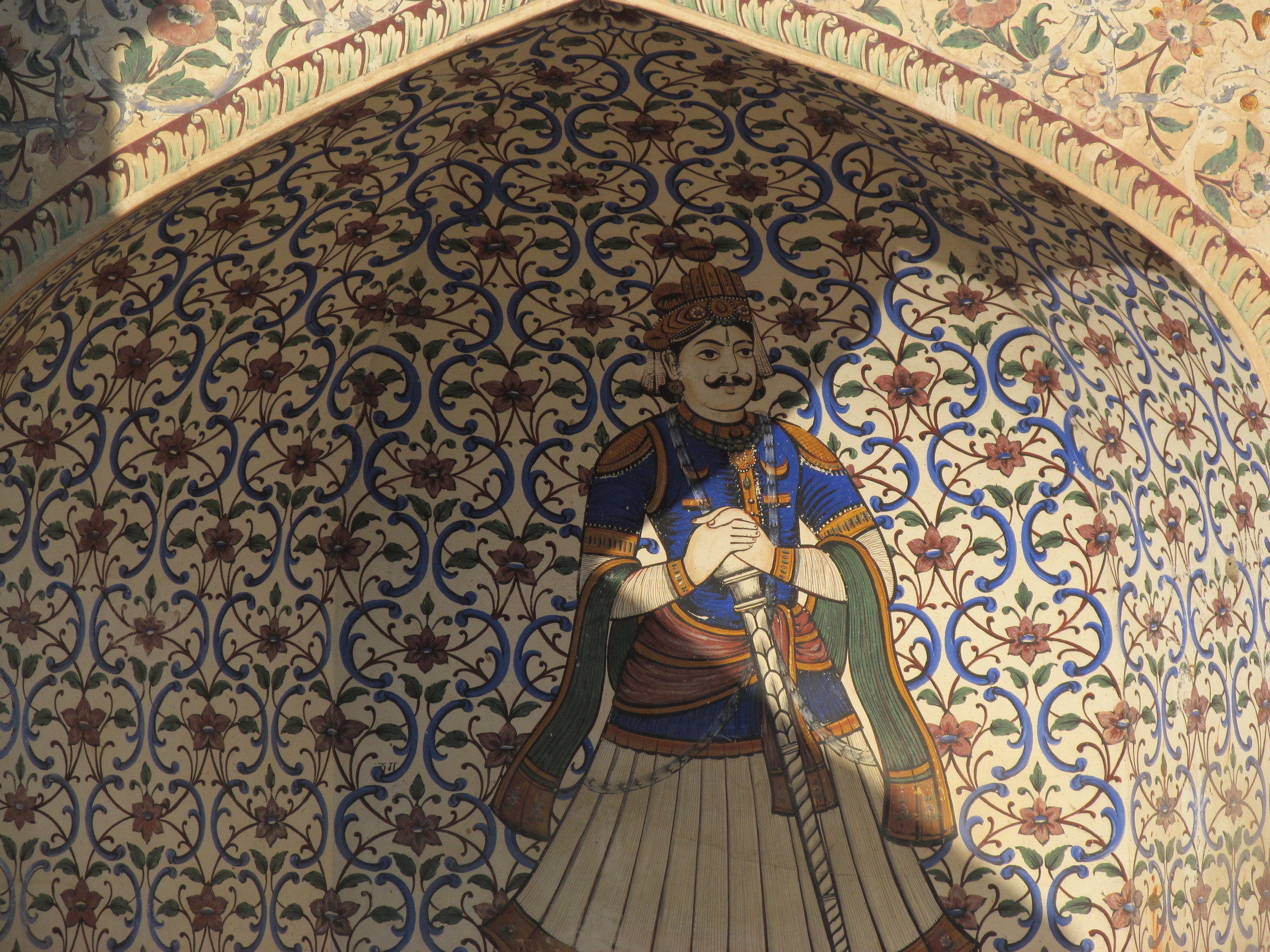 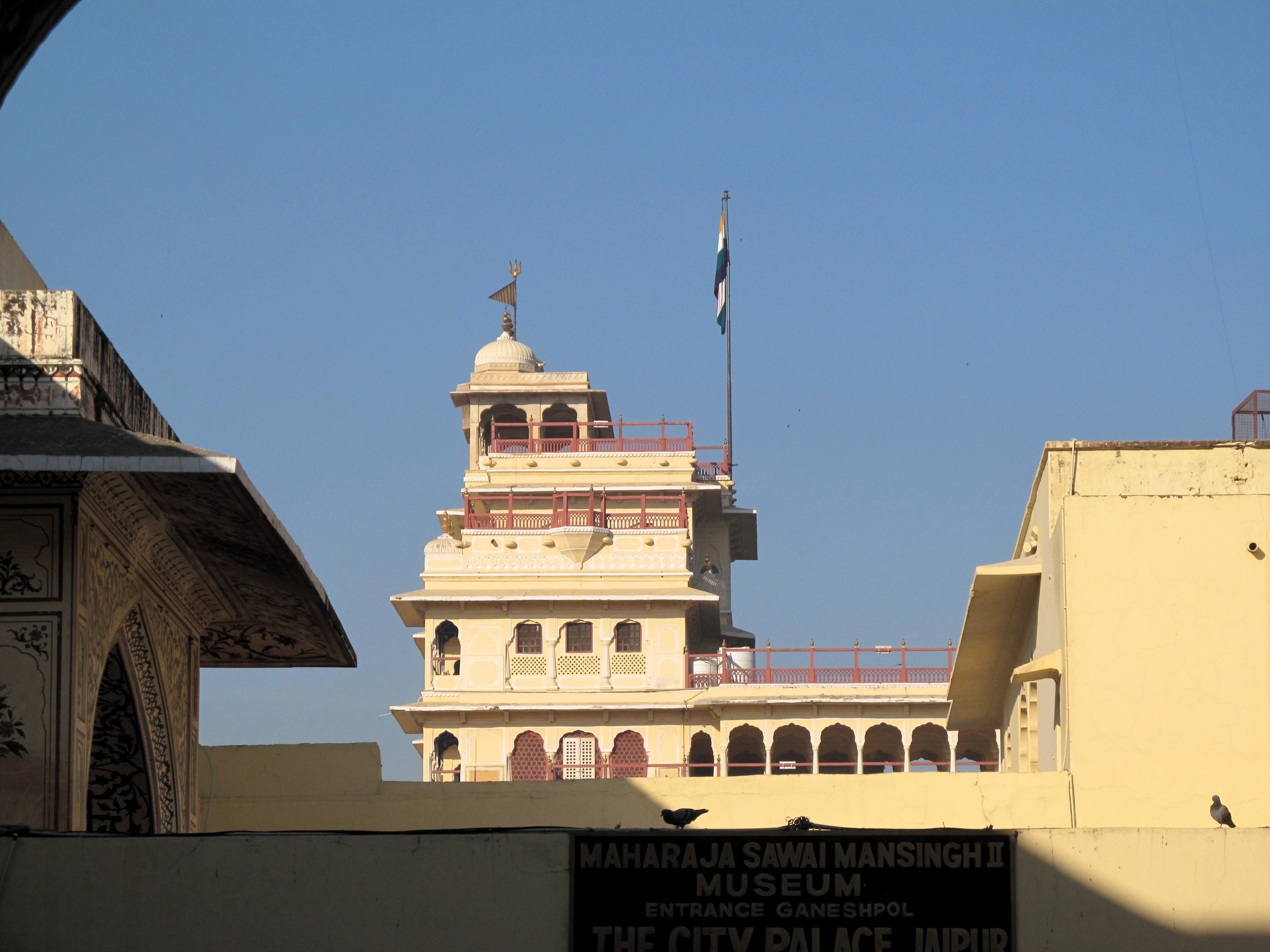 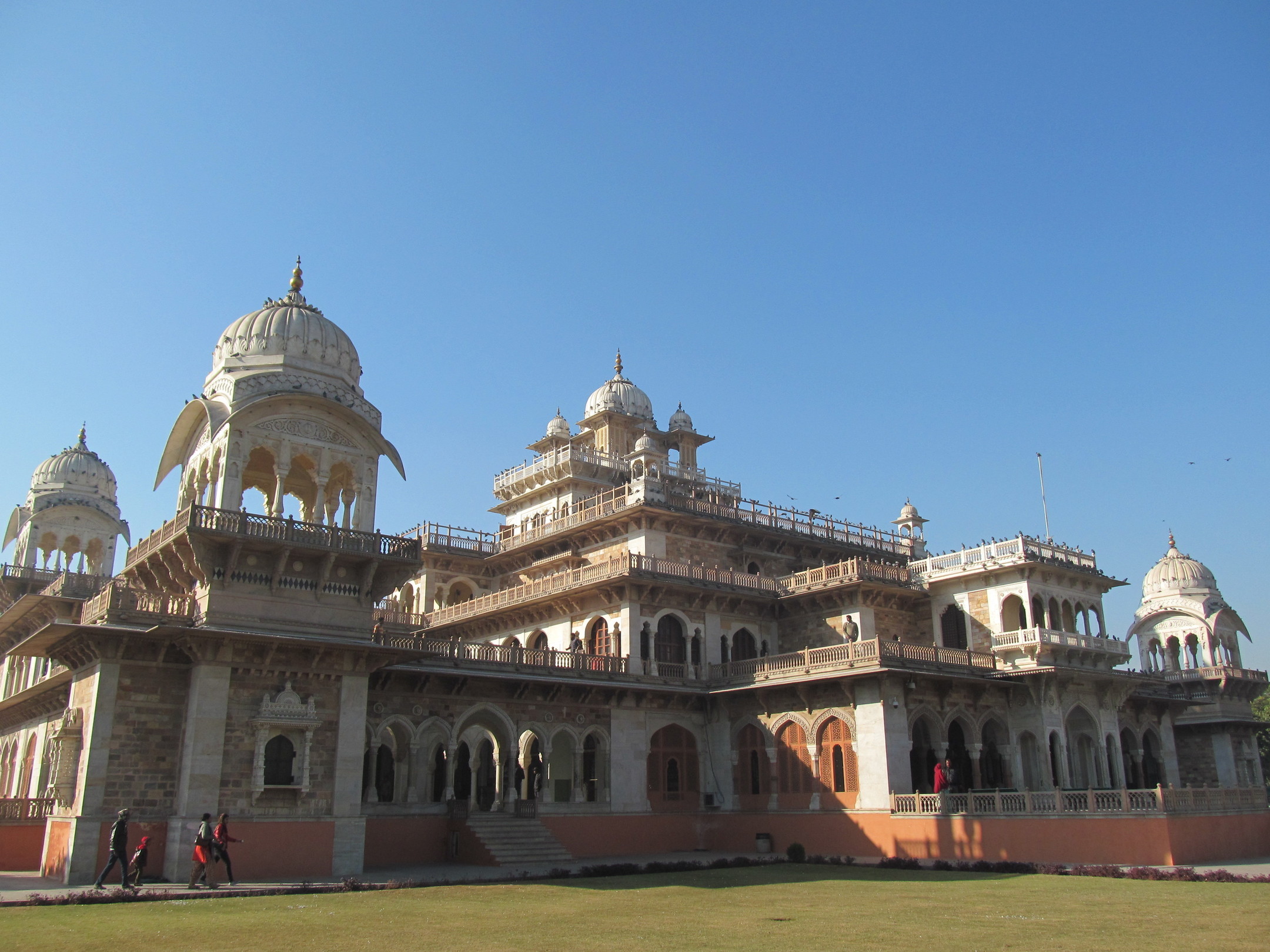 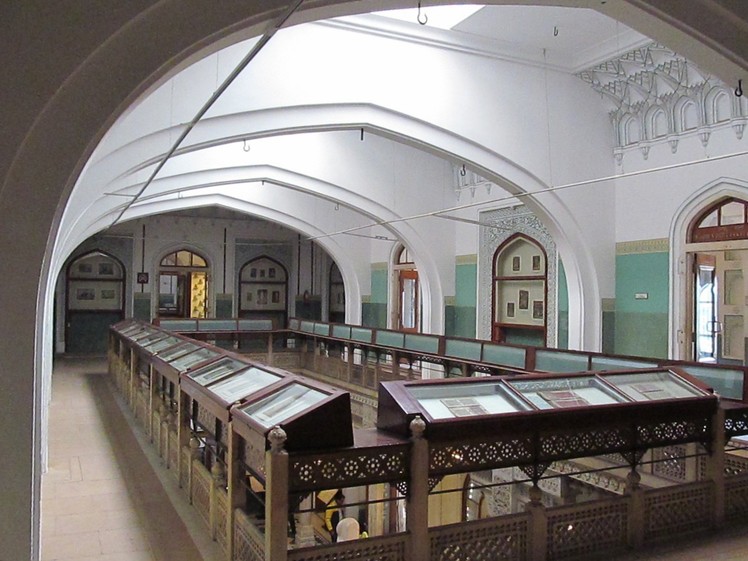 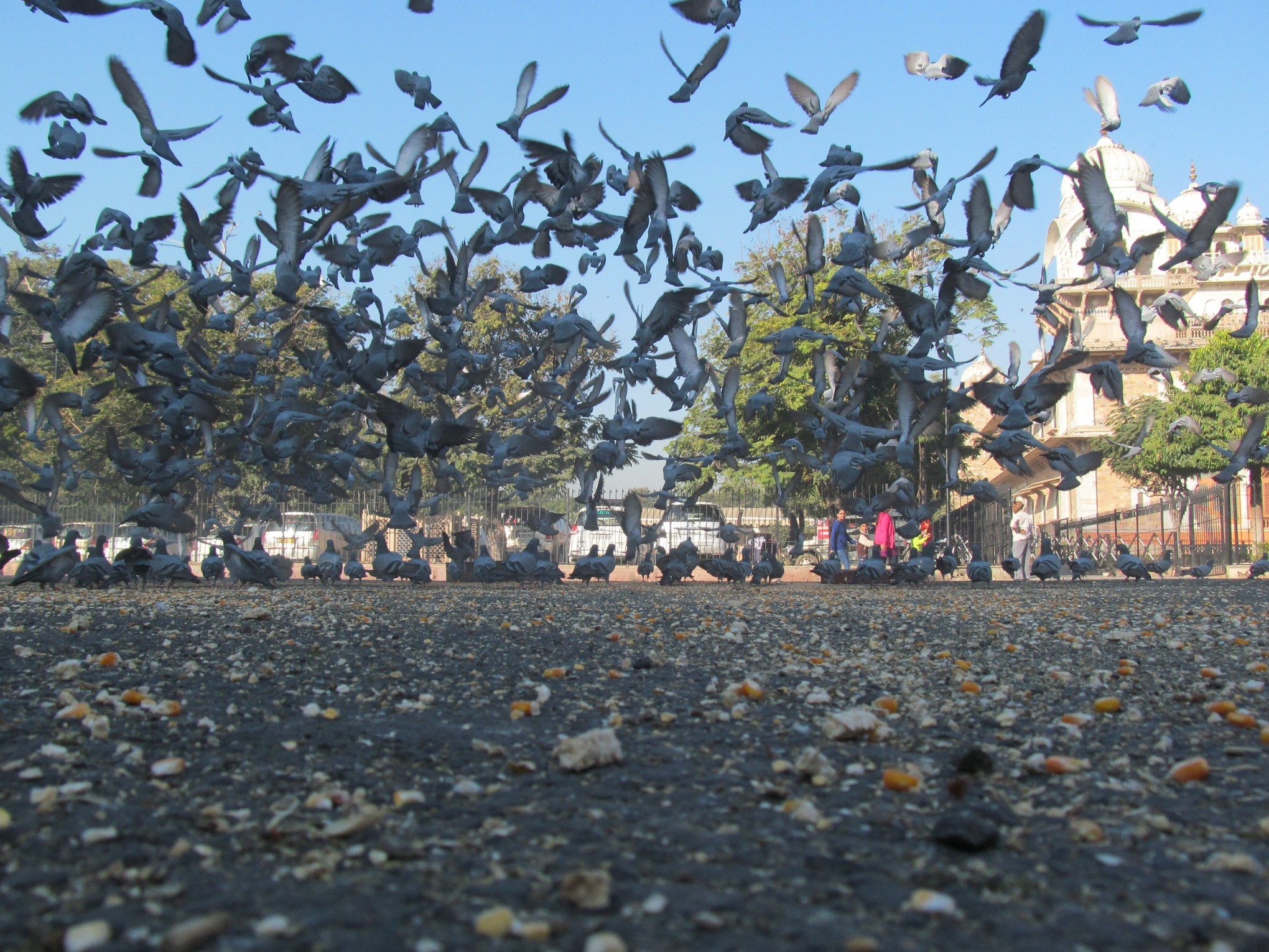 Later we went back to the hotel as we needed to check out. After checking out, we went to the magnificent Raj Mandir and experienced Bajiro Mastani there. Everyone should must once in a lifetime watch a flick here. Its Mesmerising. 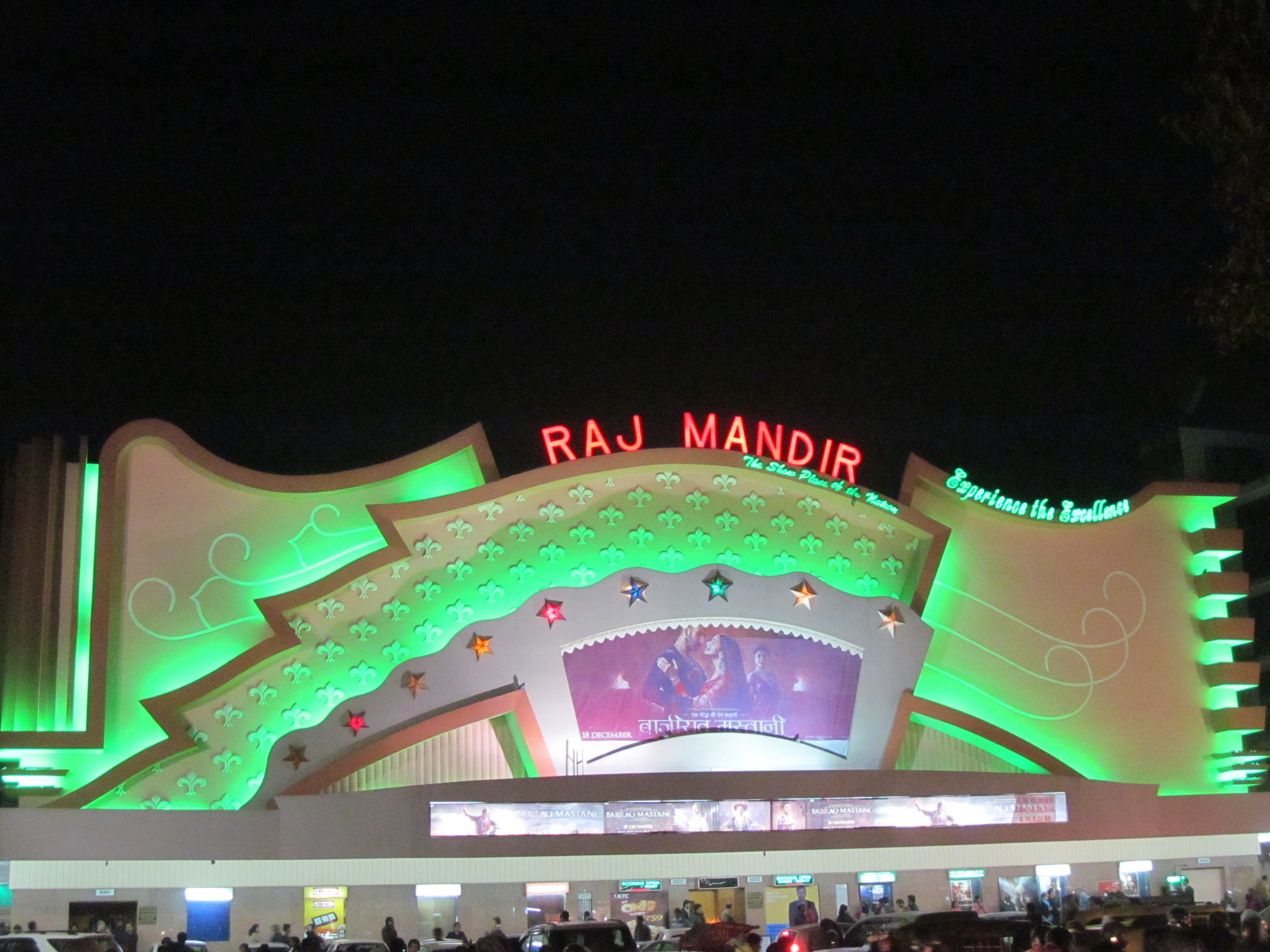 It was 4 am and we were already late for Amer Fort. Took a local city bus and Went to Amer. After struggling with the traffic at the heart of the city we reached Jal Mahal. 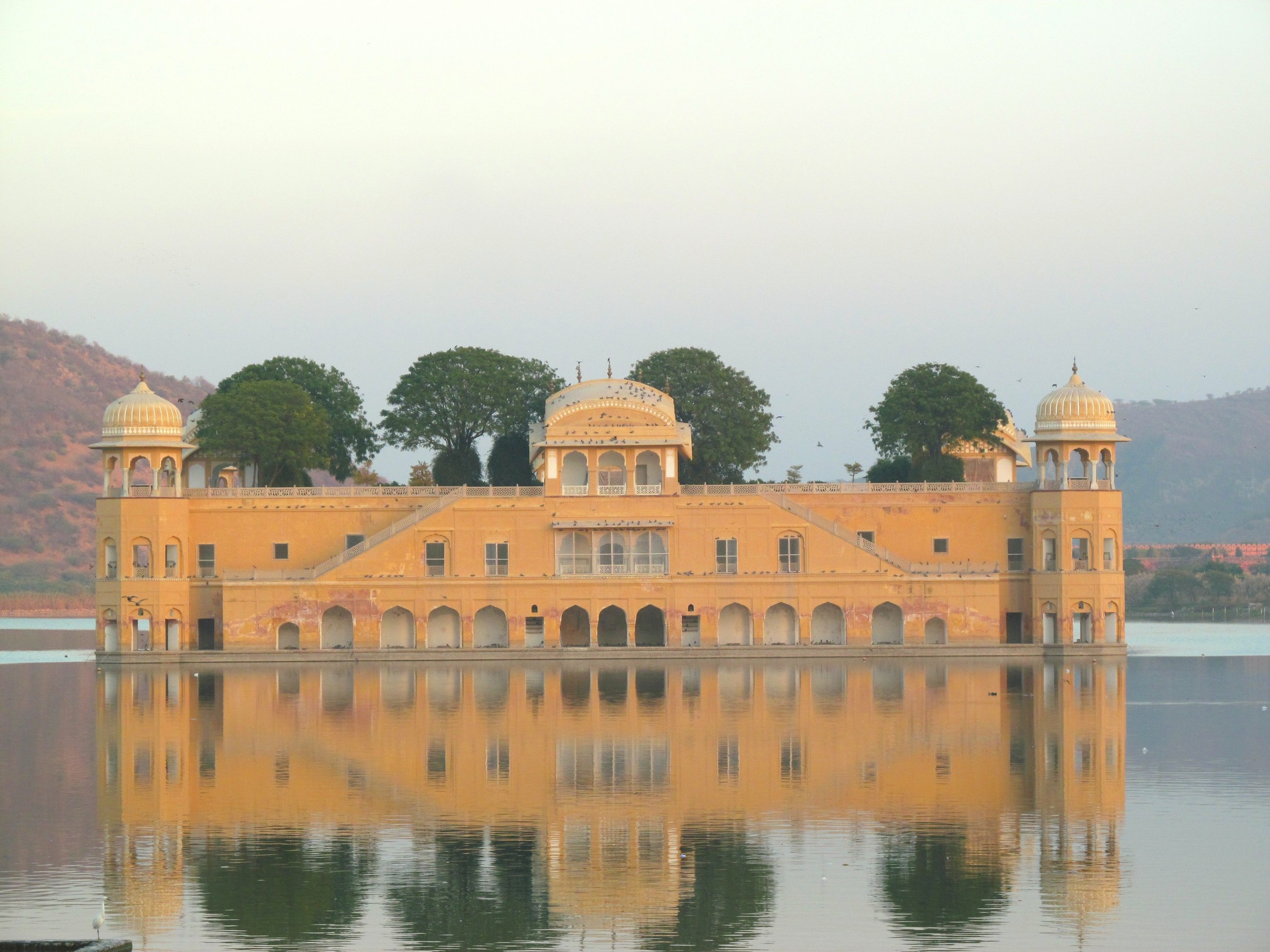 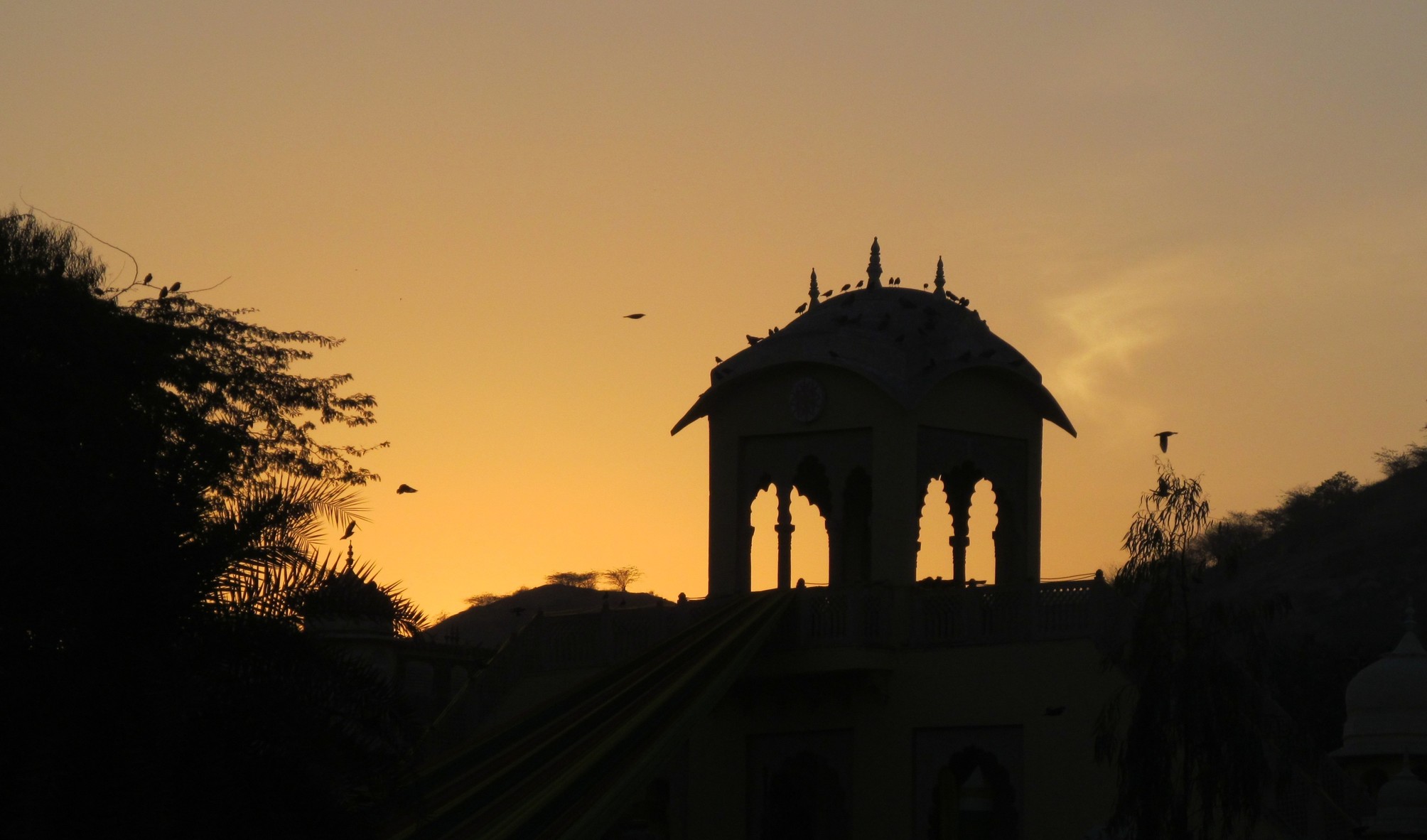 From there we took an auto to Amer fort. The sun was already beneath the horizon as we reached Amer. We reached the top and then rushed back down to get the tickets to the Light and Sound show, but to our bad luck, the show was already house full. Then we sat on the stairs to the lake near the parking and watched the show from there. Totally free with an amazing view of the Fort. 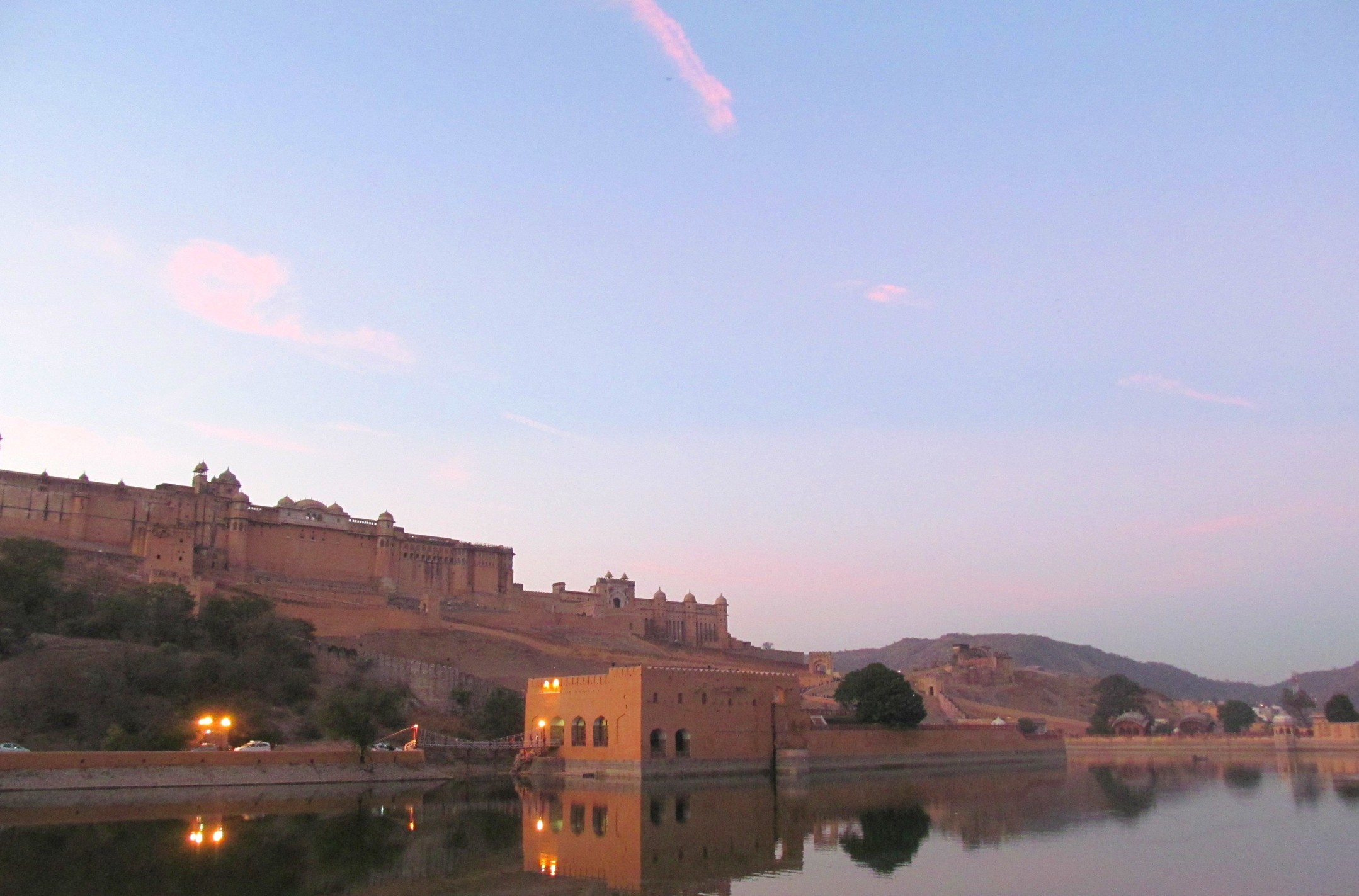 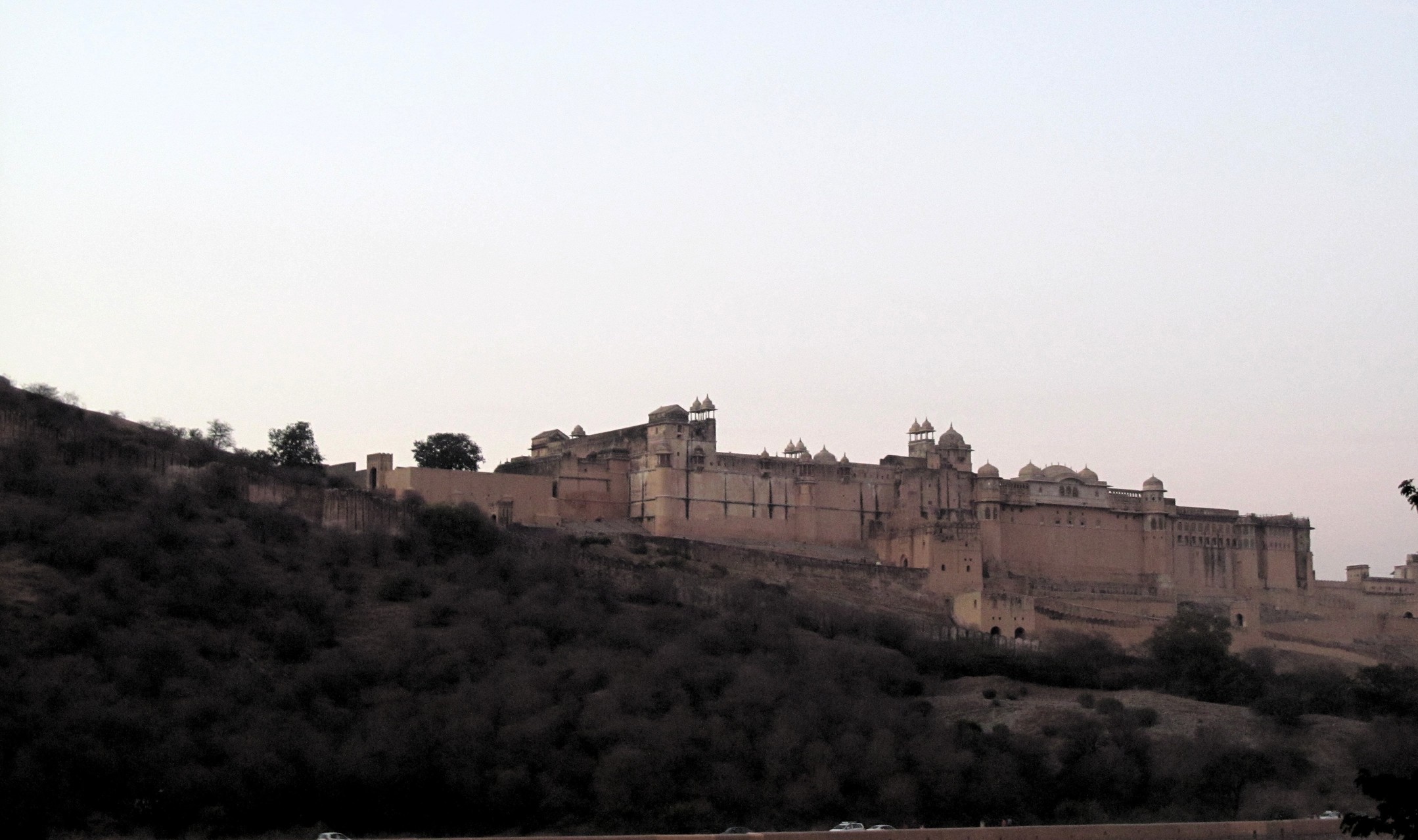 A view from the top 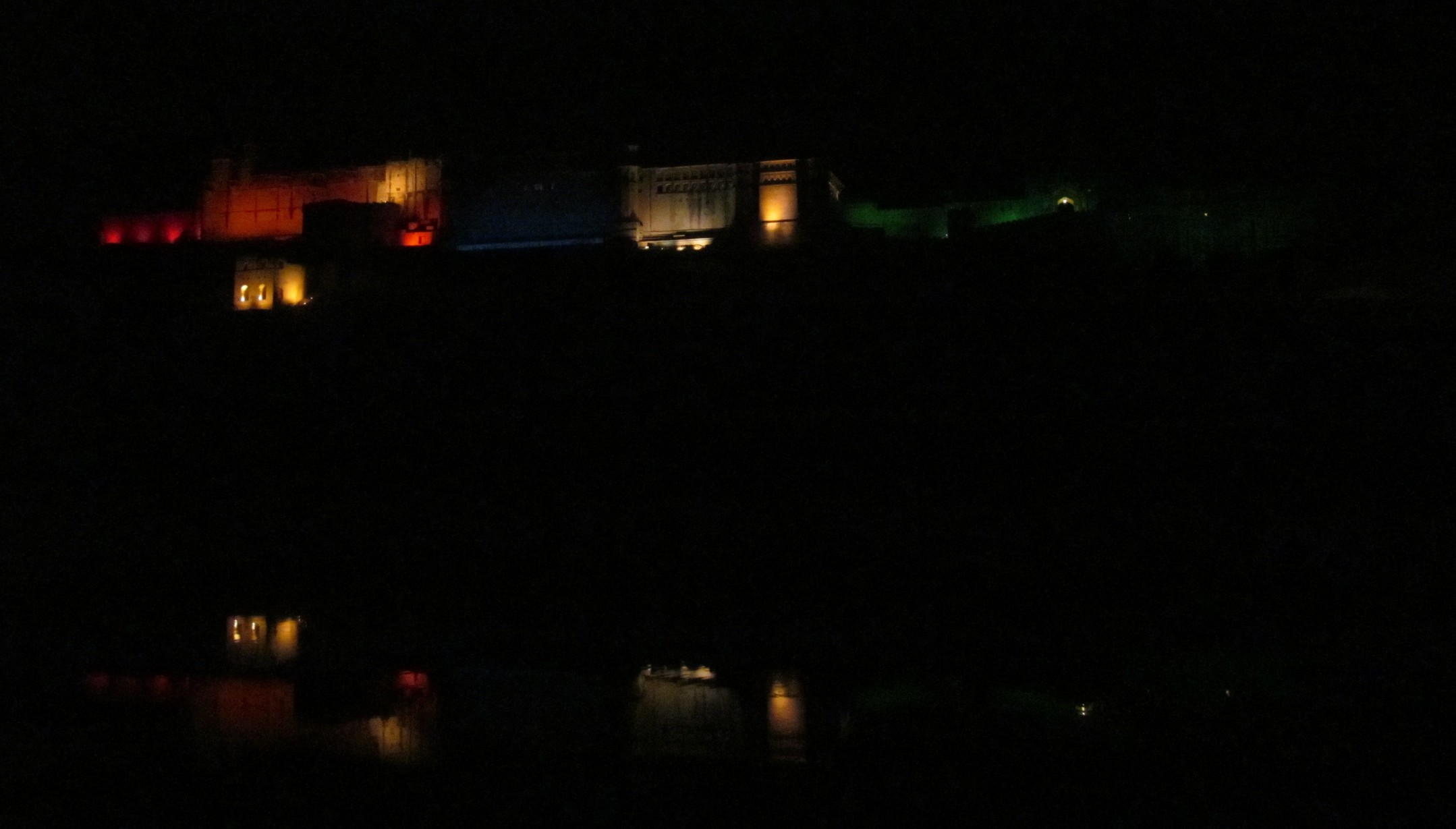 Fort During the show

Later in the night went to the train station to catch our train to Jodhpur but it was already late by 4 hours. Disappointed we booked a bus back to Gurgaon. Jodhpur .. till next time.