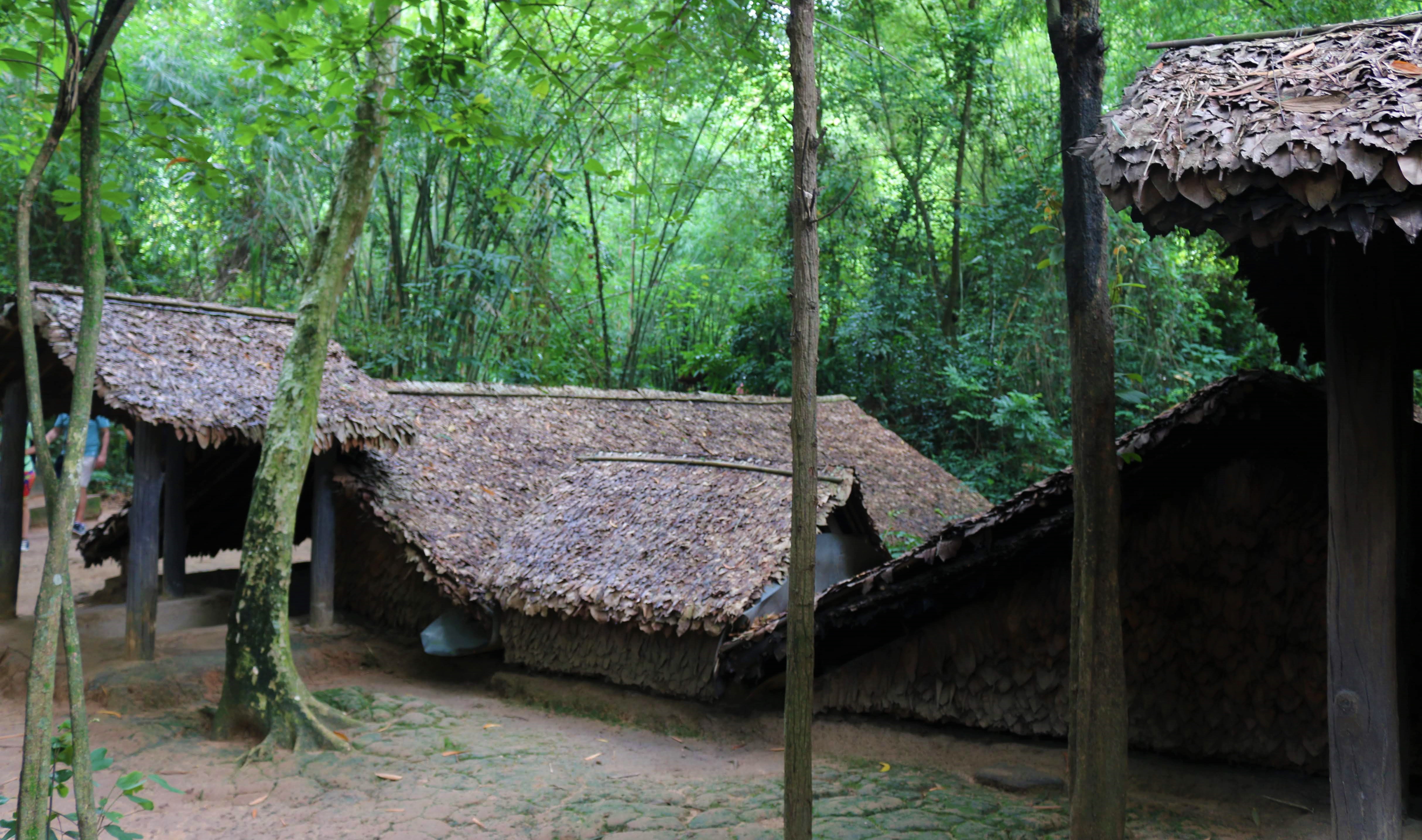 Today we embarked our journey to a war zone. A place where Vietnamese Guerillas (VC) fought two decades long battle against the Americans in tunnels. The tunnels were dug with simple tools and bare hands during the French occupation in the 1940s, and further expanded during the Vietnam War in the 1960s to provide refuge and a defensive advantage over the American soldiers.

Since the public transport to the actual site was a bit confusing, I planned to take the day tour to the site from a company. The cost of the day tour was around 17 USD and it included pick up and drop from the Ho Chi Minh and back. This greatly offloaded the task of planning and booking from my head.

We started around 8 am. If you are in district 1, then the driver will pick up you from your hotel and drop you back. Our guide picks us up and we started our 2-hour-long journey. In between the Van stopped at a local shop selling souvenirs, the people that worked here were the survivors of the War. 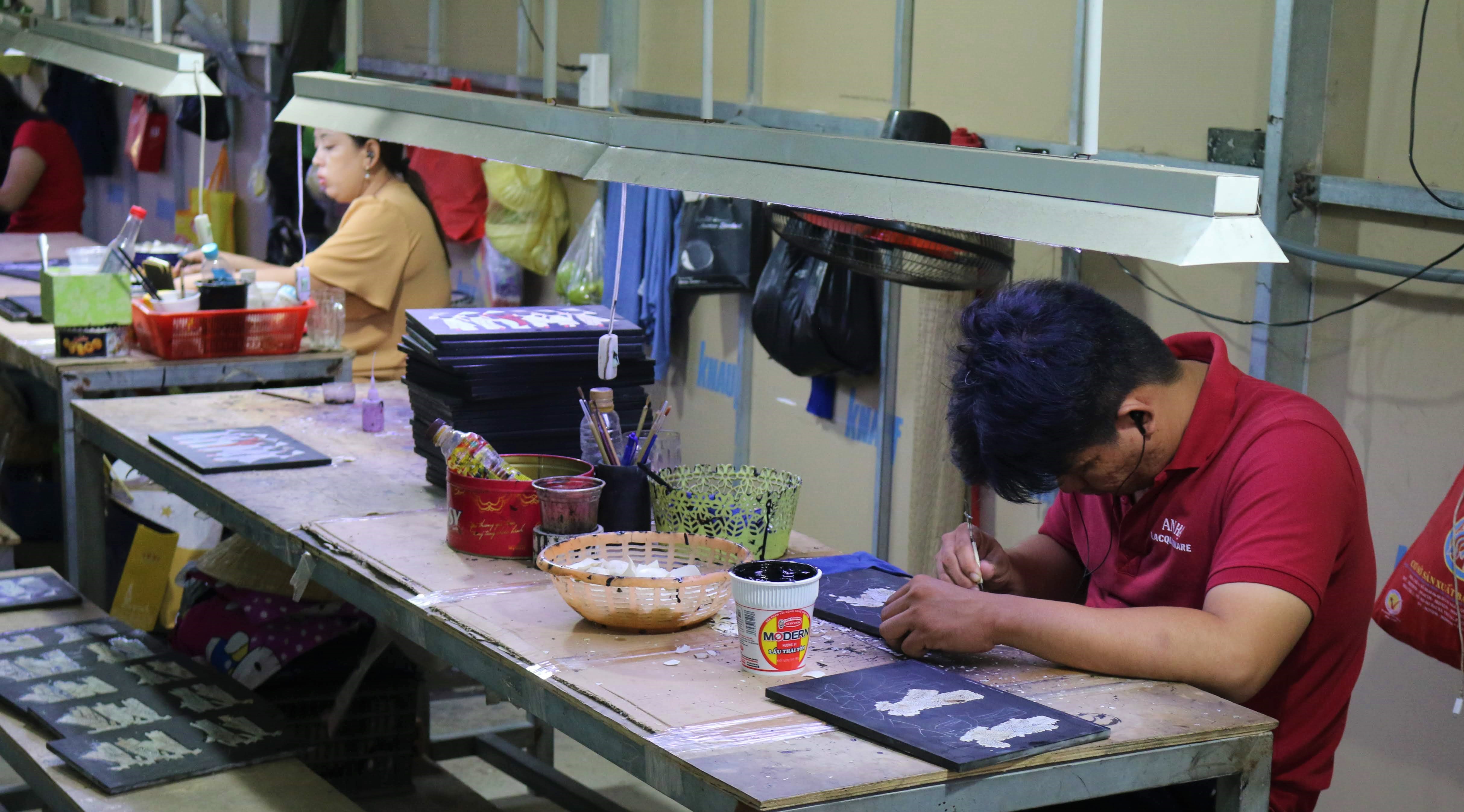 Workers in the handicraft factory 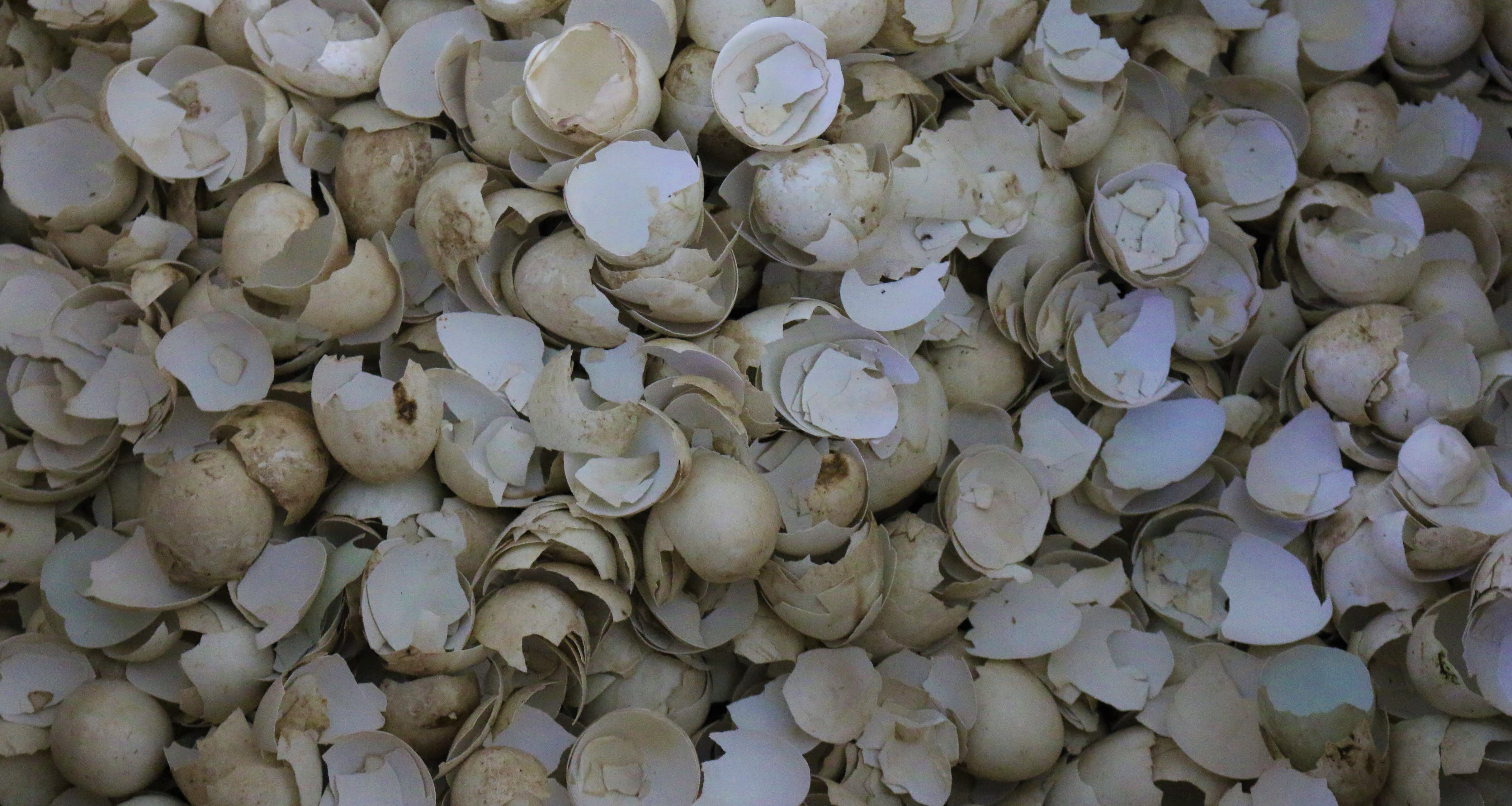 Egg Shells used for the paintings

Our guide told us a lot of stories from the war days which lead to the creation of these tunnels. These tunnels were dug with simple tools and bare hands during the French occupation in the 1940s, and further expanded during the Vietnam War in the 1960s to provide refuge and a defensive advantage over the American soldier. If the strategy for these tunnels were not in place then Vietnam would not have won the war against the Americans. 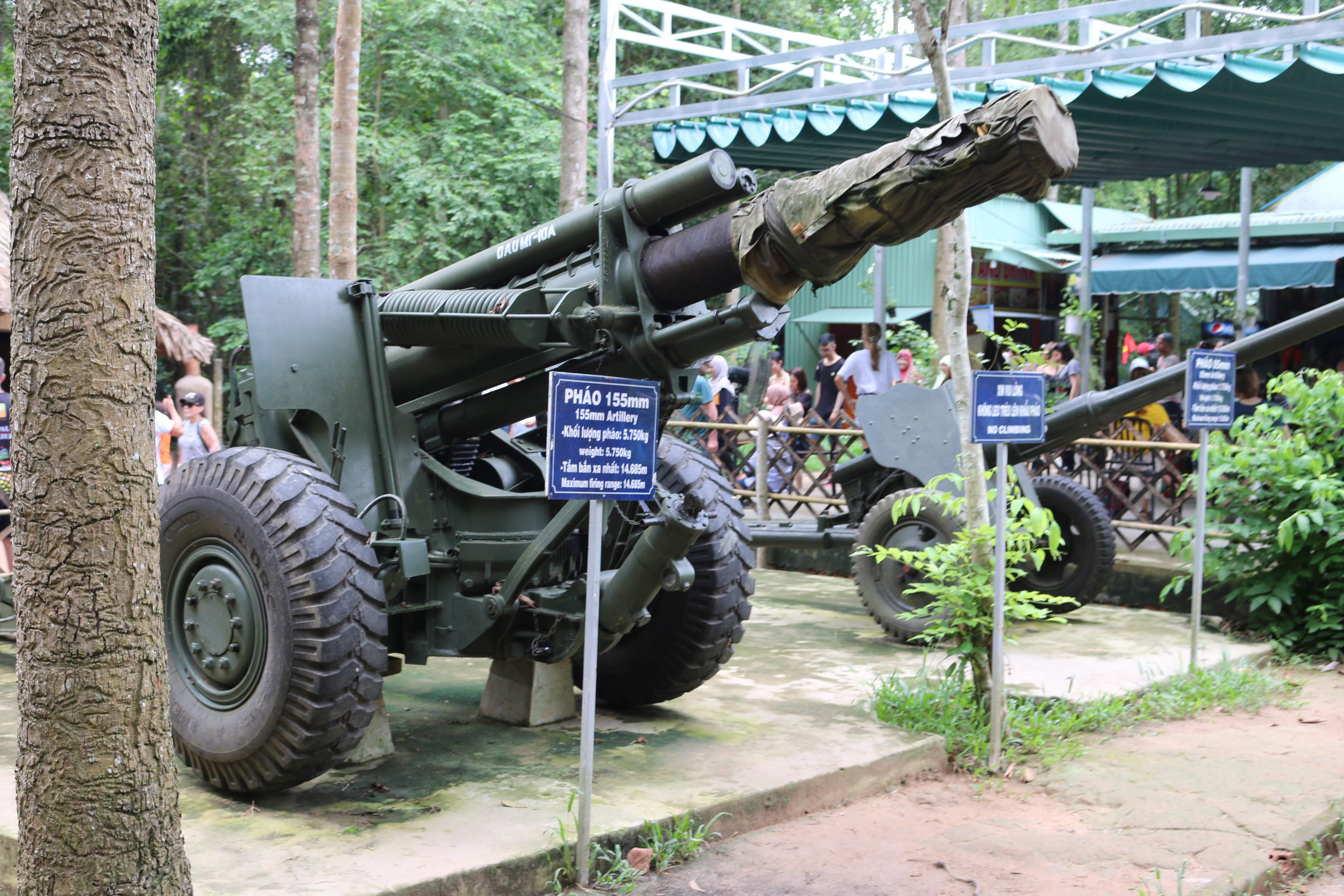 Tanks from the American Army

Entry into the Tunnels 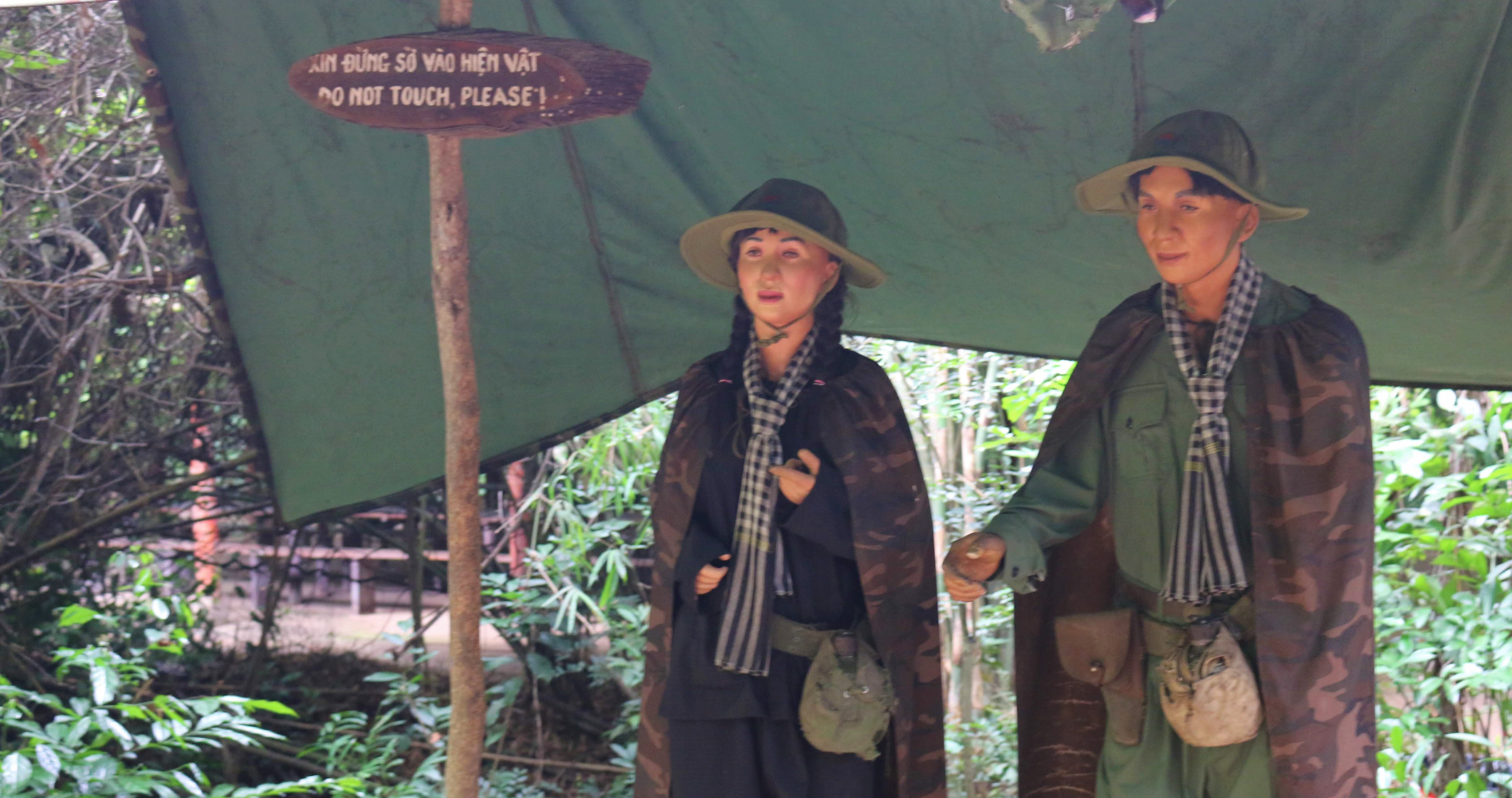 We started exploring the tunnels and marveled at the lifestyle of the people living there lives in these tunnels. There is also an option to try your hands on American Guns, there are a lot of options to try on from Russian M16 to American AK-47. It cost us 600,000 VND for 10 bullets, the adrenaline rush after firing the bullets was amazing. 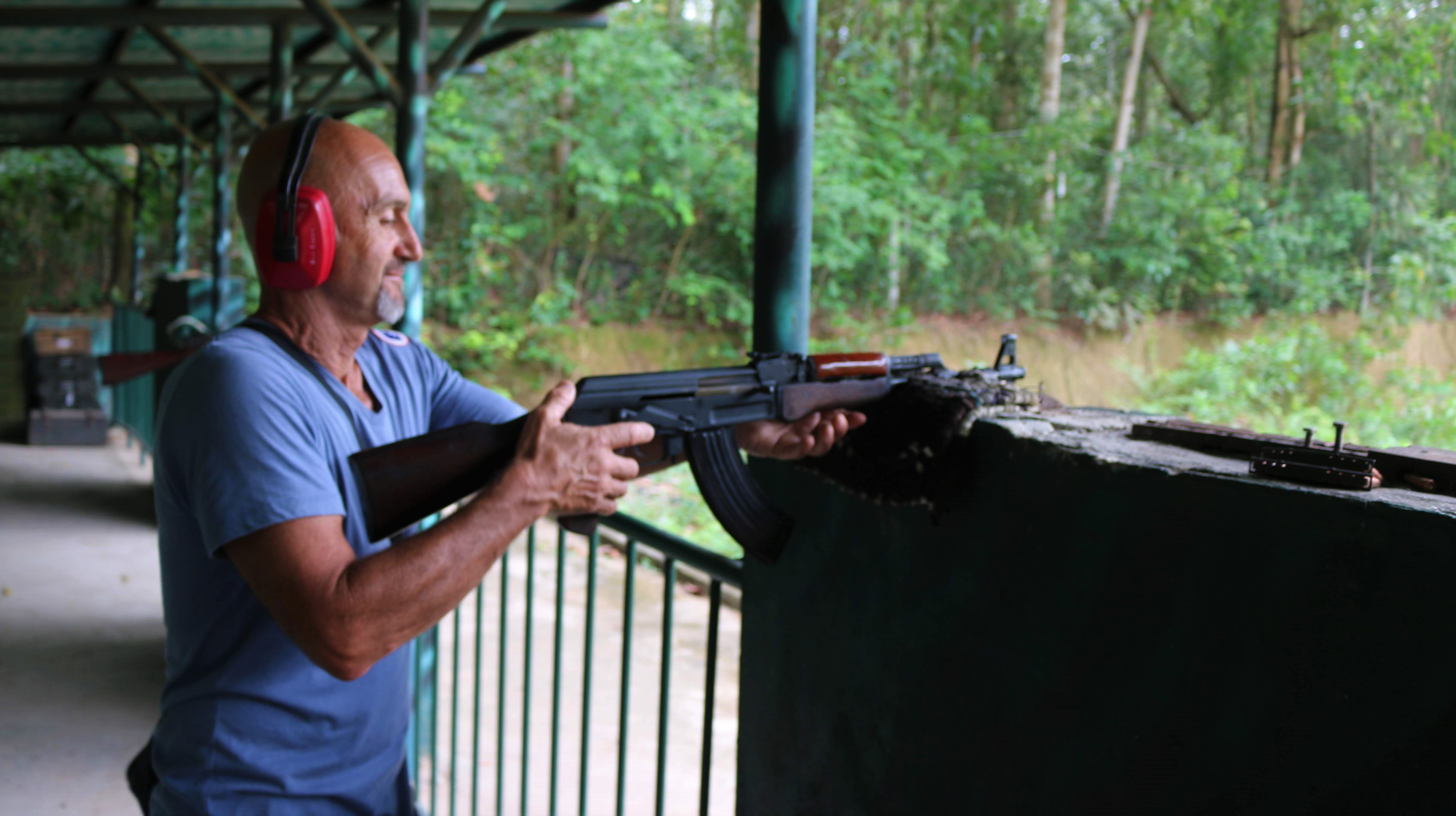 A French tourist trying his hands on AK47 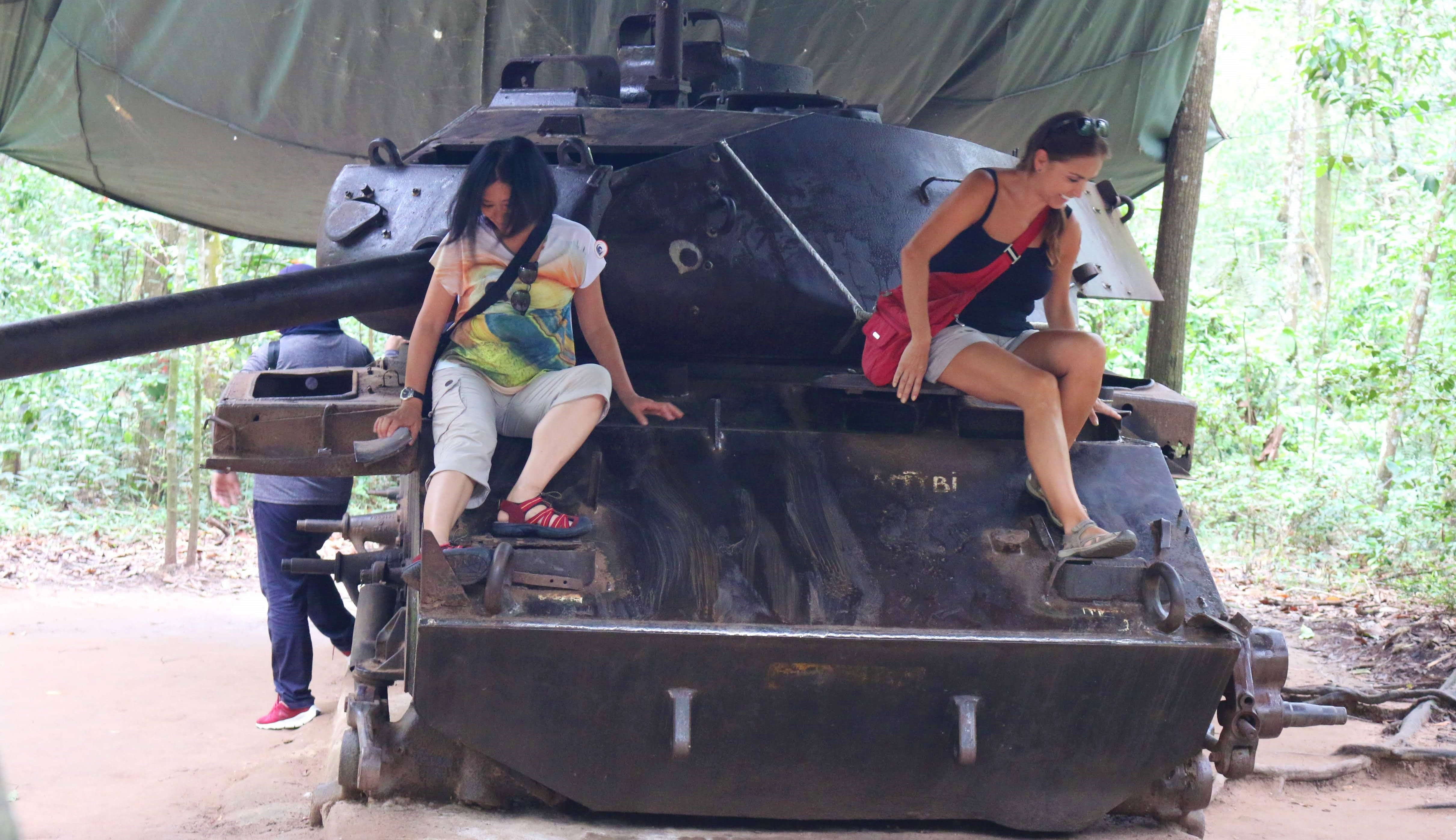 Later we went inside one of these tunnels which were expanded in length and width for the tourists like us. We went inside these tunnels and it was claustrophobic as hell. The tunnel as just 3 meters in height and we had to squat from one point to another. Even a few meters in those tunnels felt like a lifetime. 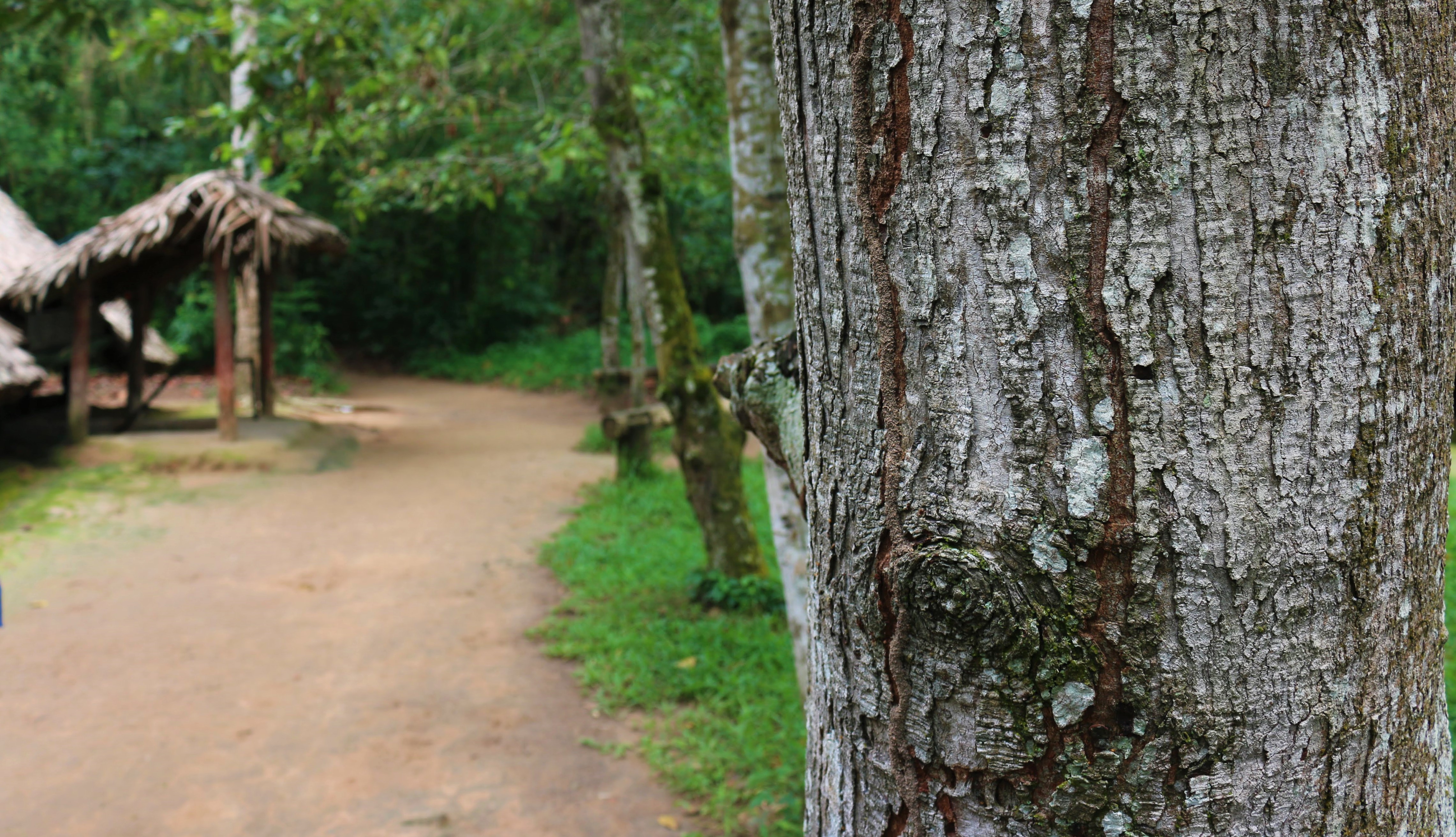 Venturing into the forests 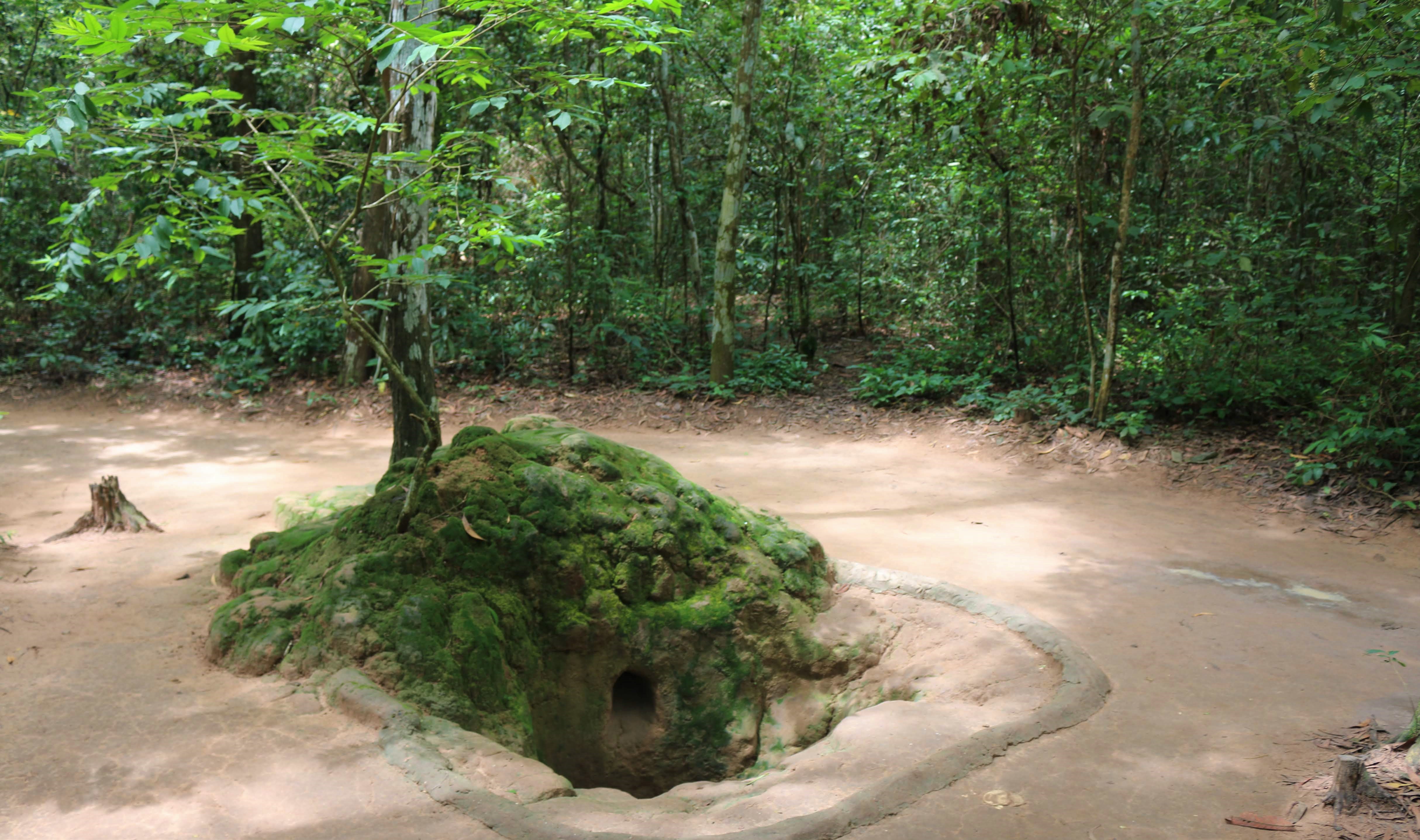 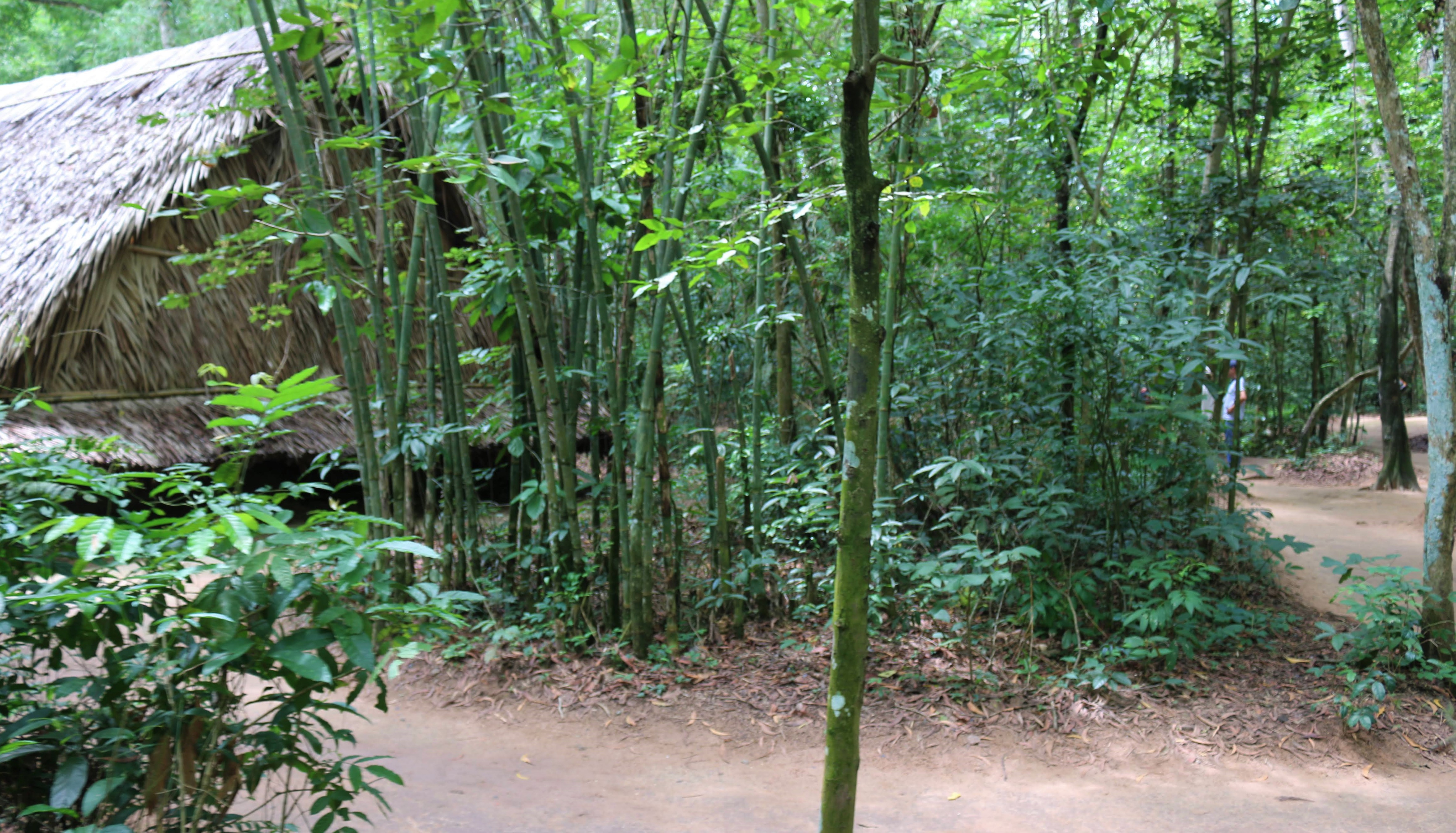 Bamboo trees in the forest 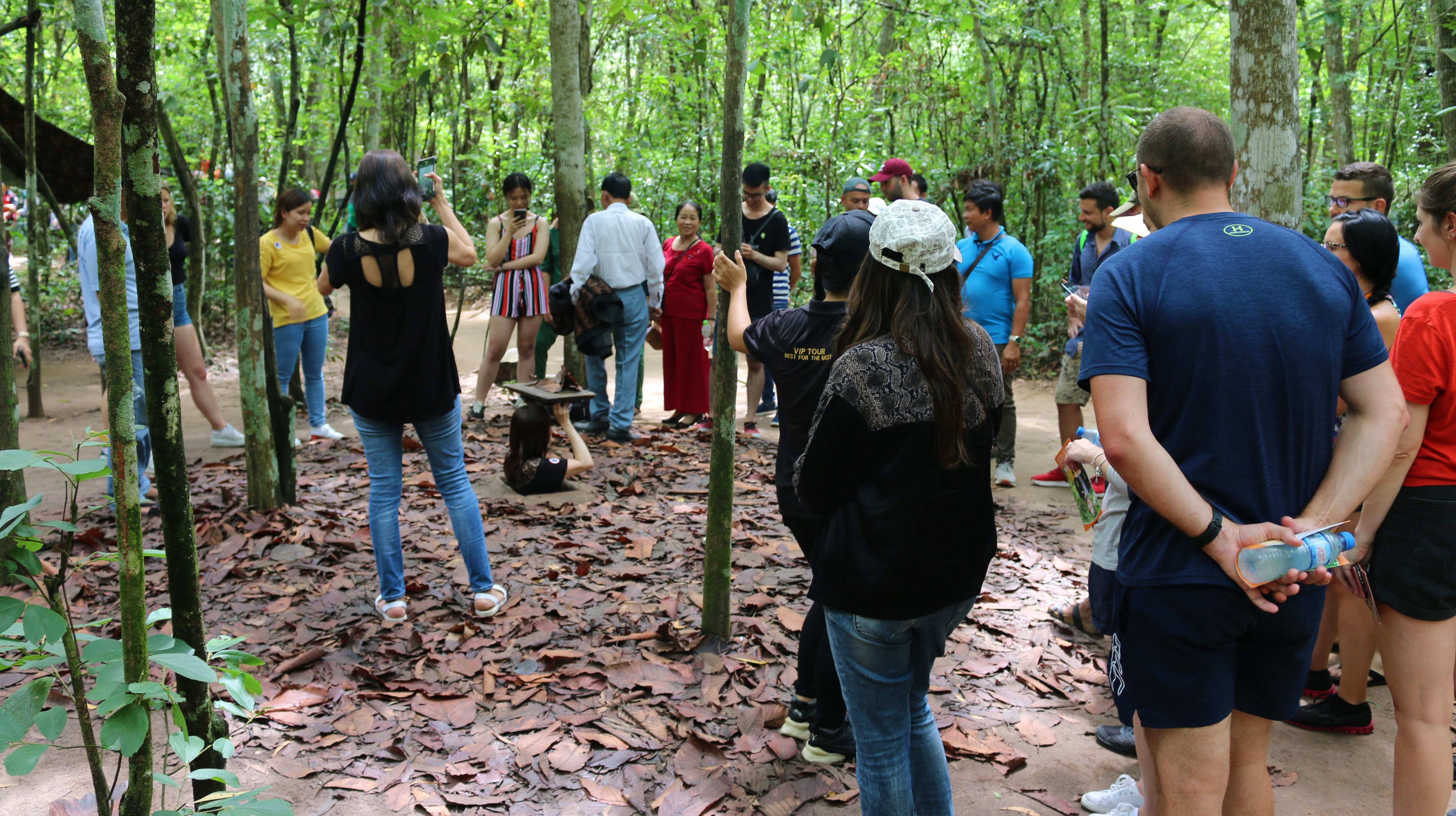 Traps in the tunnels

After this exercise, we went to a hut, where our guide showed us the Kitchen and hospitals for the VCs. We ate and drank the food that the people living in the tunnels used to eat. It was a boiled Tapioca root which tasted like an unsweet and hard sweet potato. It was topped with Ground Peanuts, Sugar, and Coconut 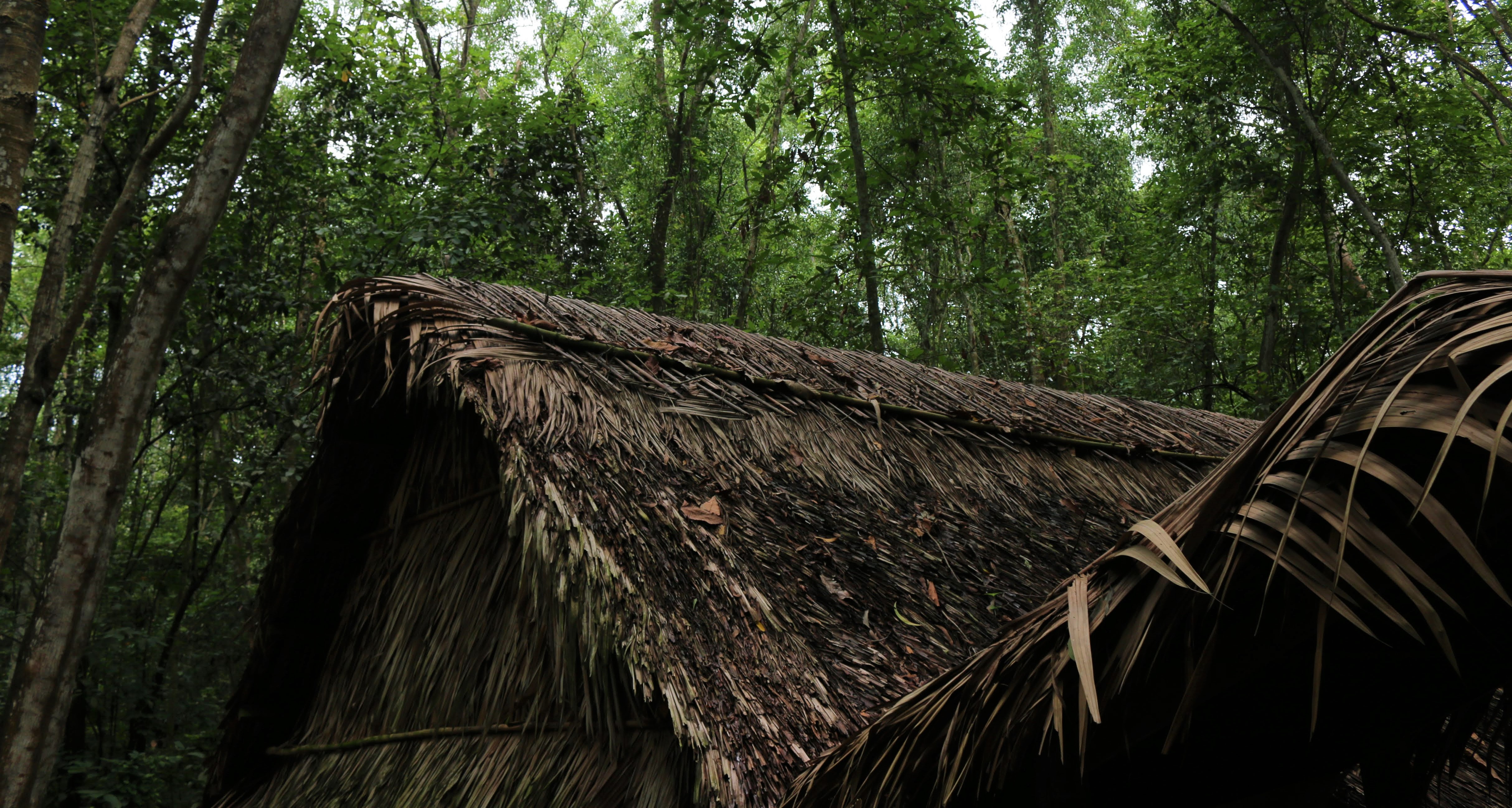 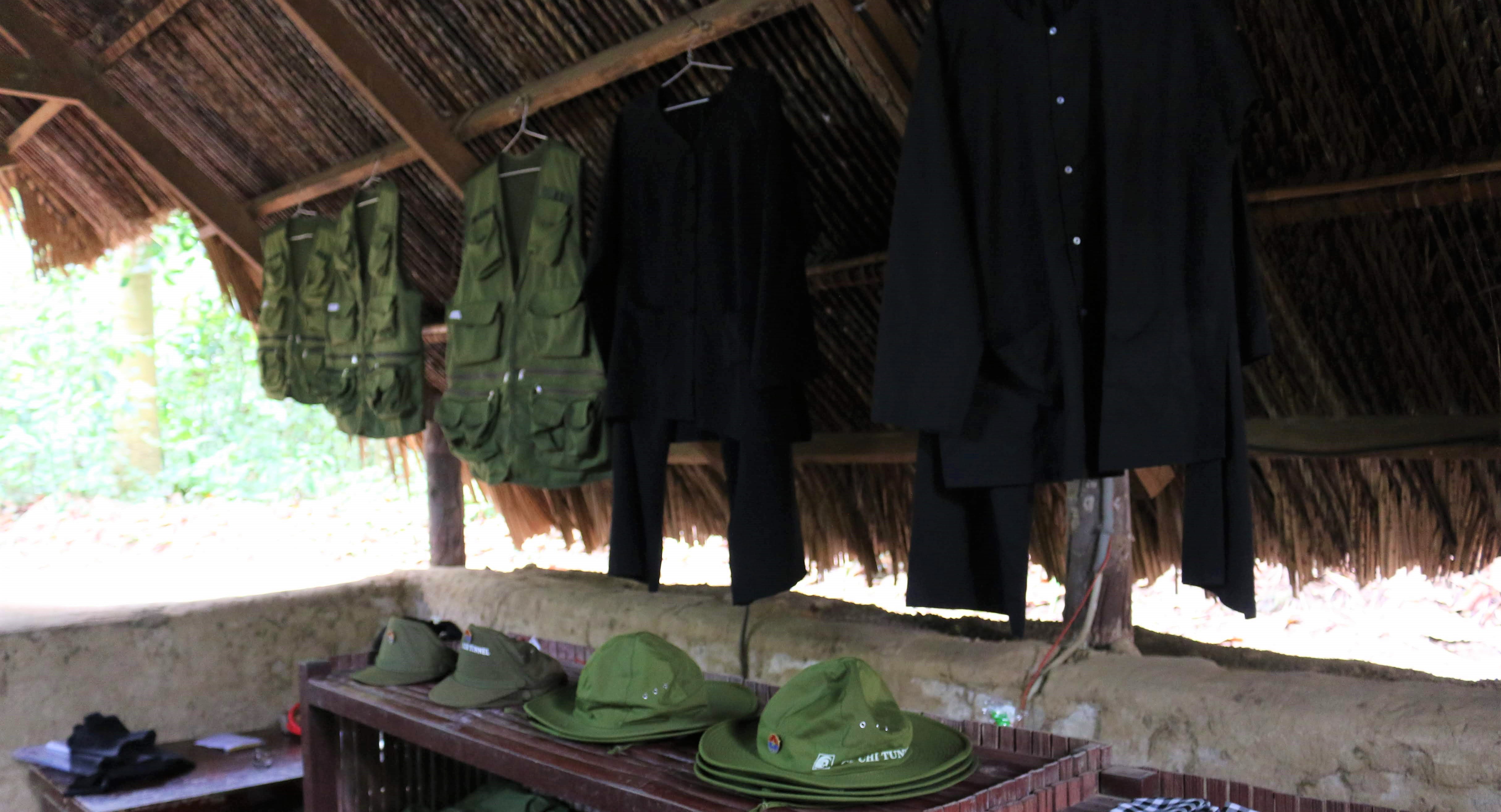 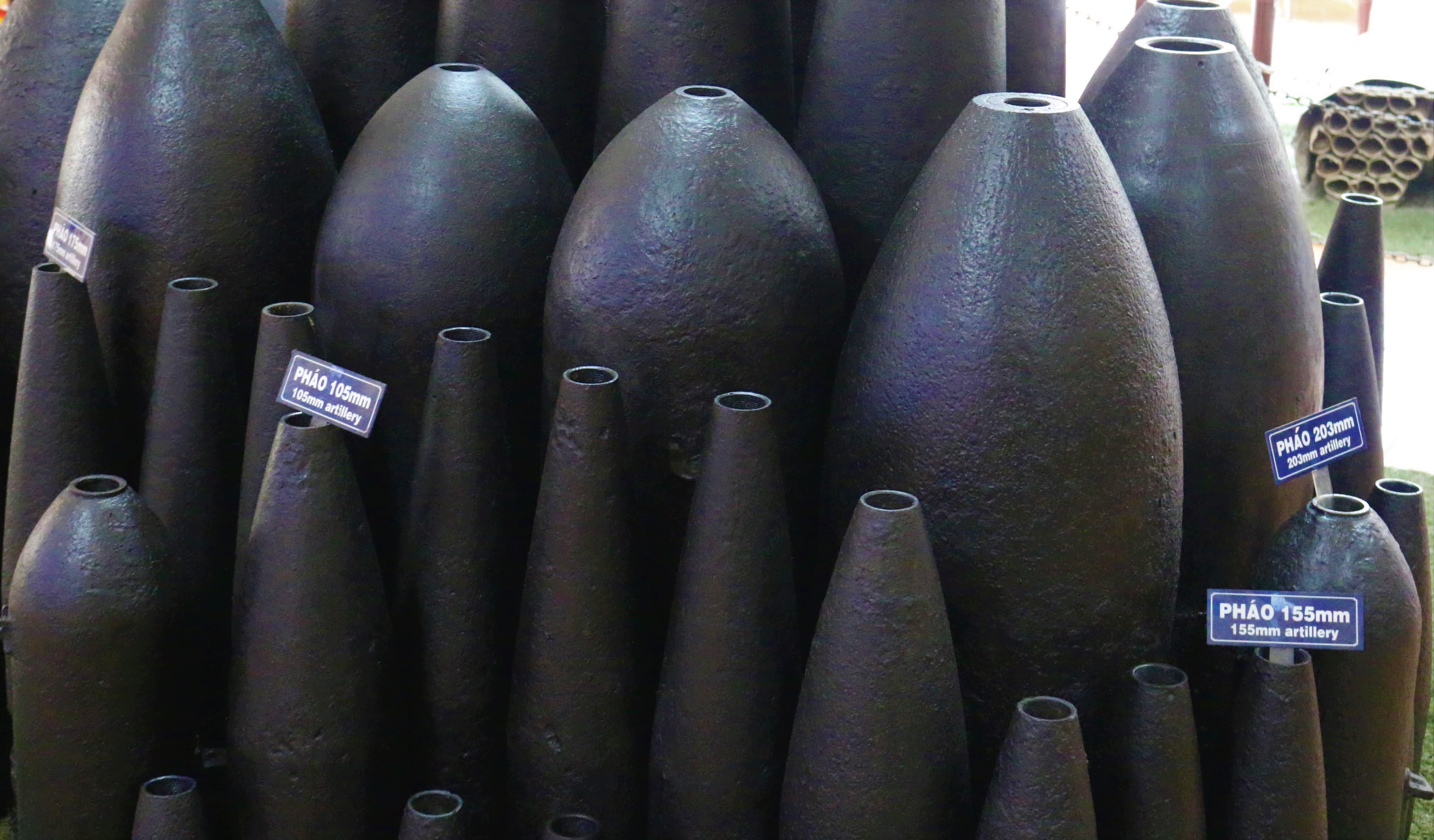 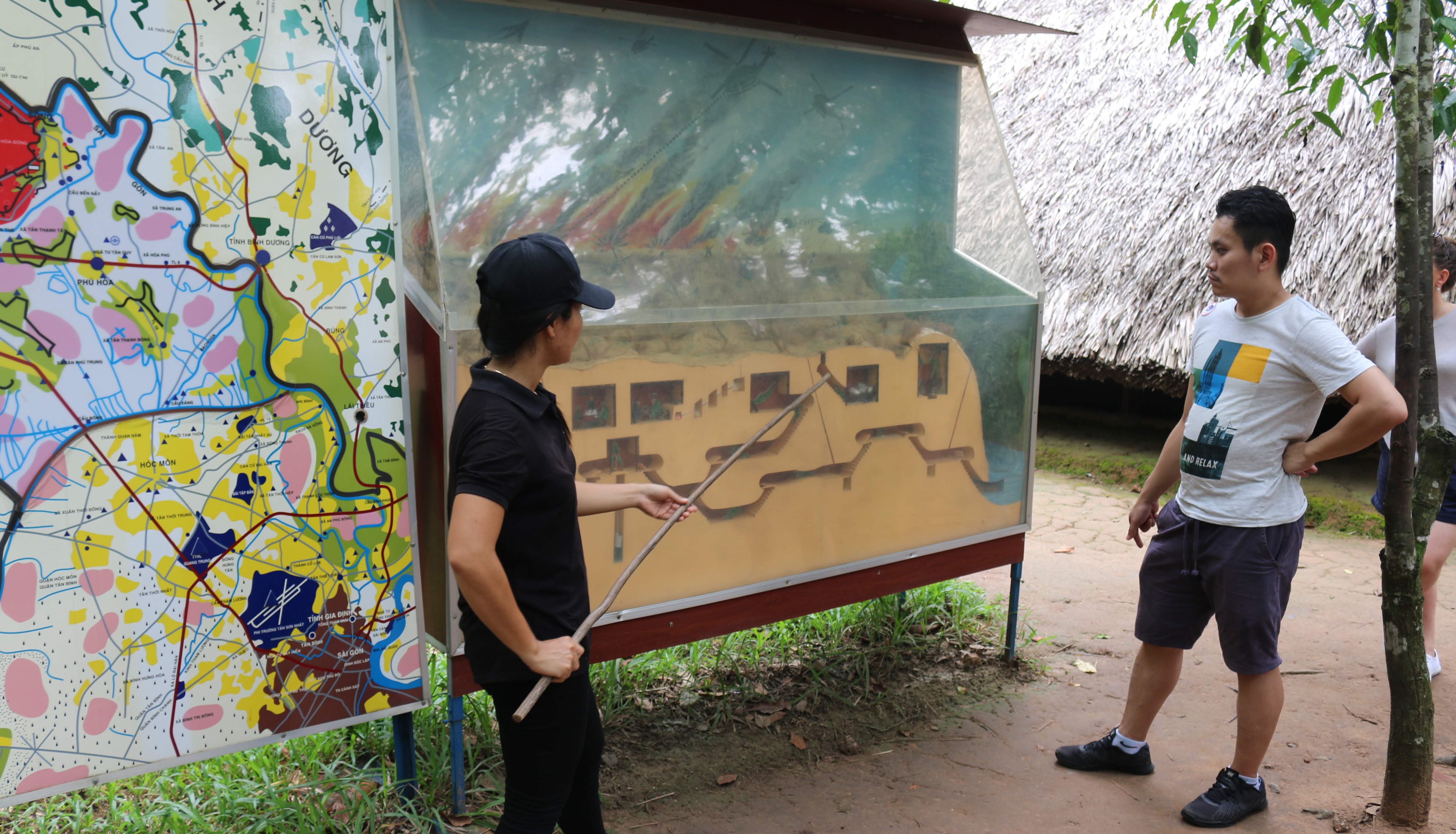 Our guide explaining the Tunnel architecture

After a wonderful trip, we continued the journey back to the City.