It is said that Rome was not built in a day, indeed, agreed. But how much of it can be covered in a day? That is the question.

Rome is the capital city of Italy whose history dates back to 3000 years. Due to historic glory and exuberance, it is called the “Caput Mundi” or The Capital of the World.

“Rome” is the most heard and read word in the history books. I had a long desire to visit the city after binge-watching Spartacus, Da Vinci Demons, Rome and other historical spinoff sitcoms during my Busy college life.

So, It was my ambitious plan to cover all the majority of the touristy places of Rome in a day. “It is just not possible”, said the co-passenger somewhere near Florence, when I told her my ambitious plans. Leisure travel and gourmet food , I had kept for my retirement, I told her. And, Did I told you I will be visiting Vatican City also?. She just didn’t buy it and gave me a rather ludicrous look. 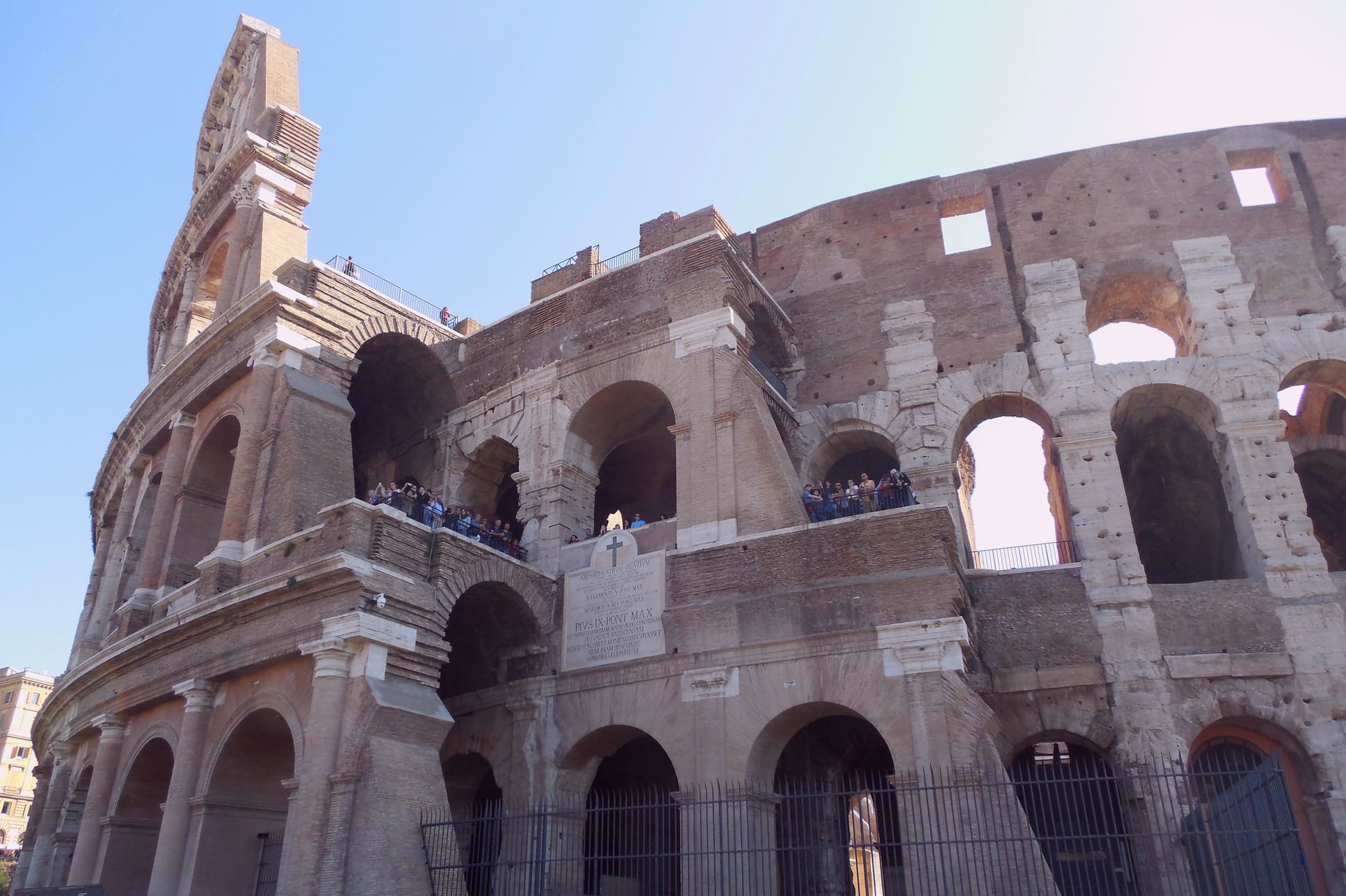 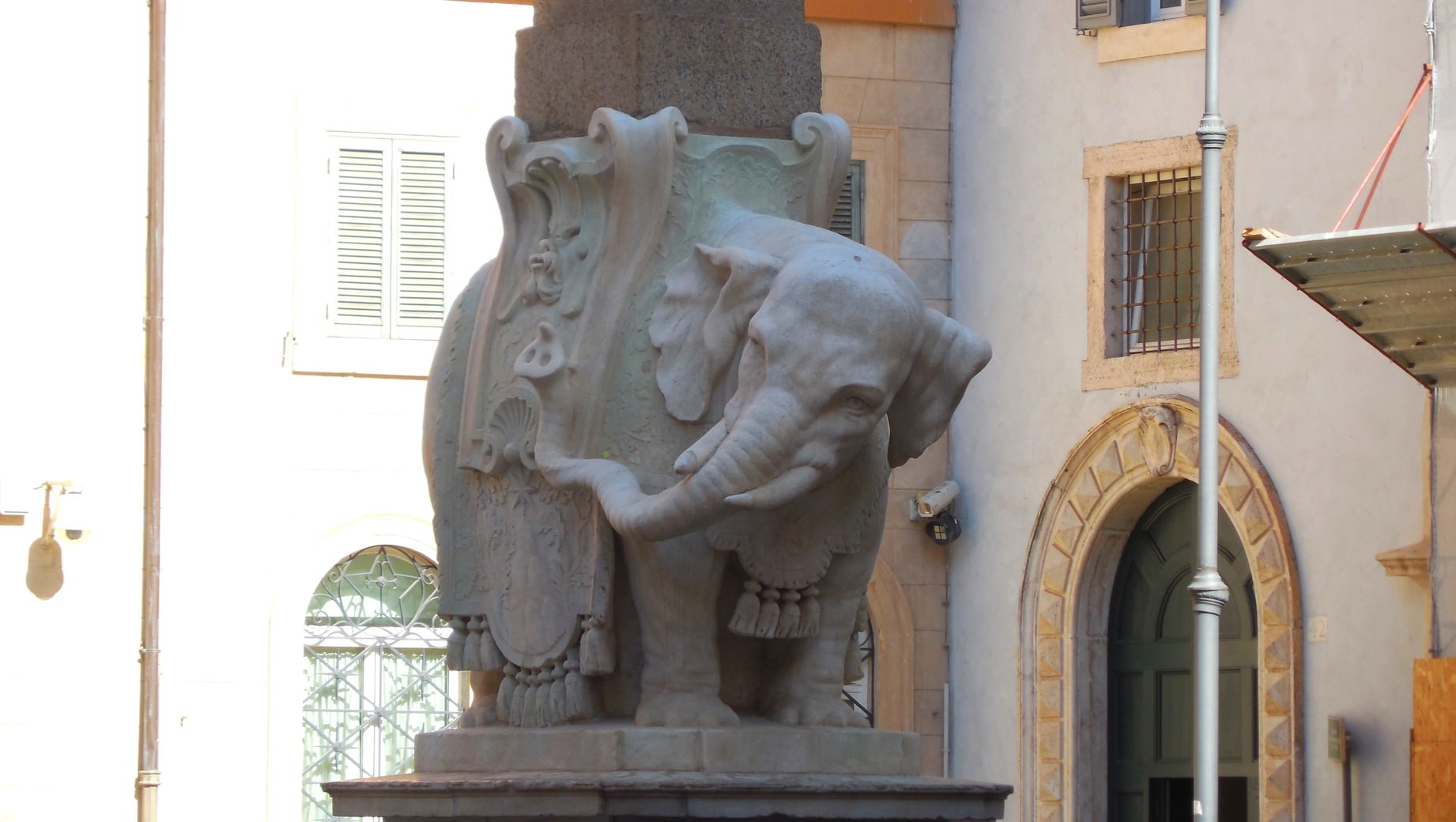 Elephant on a Tower 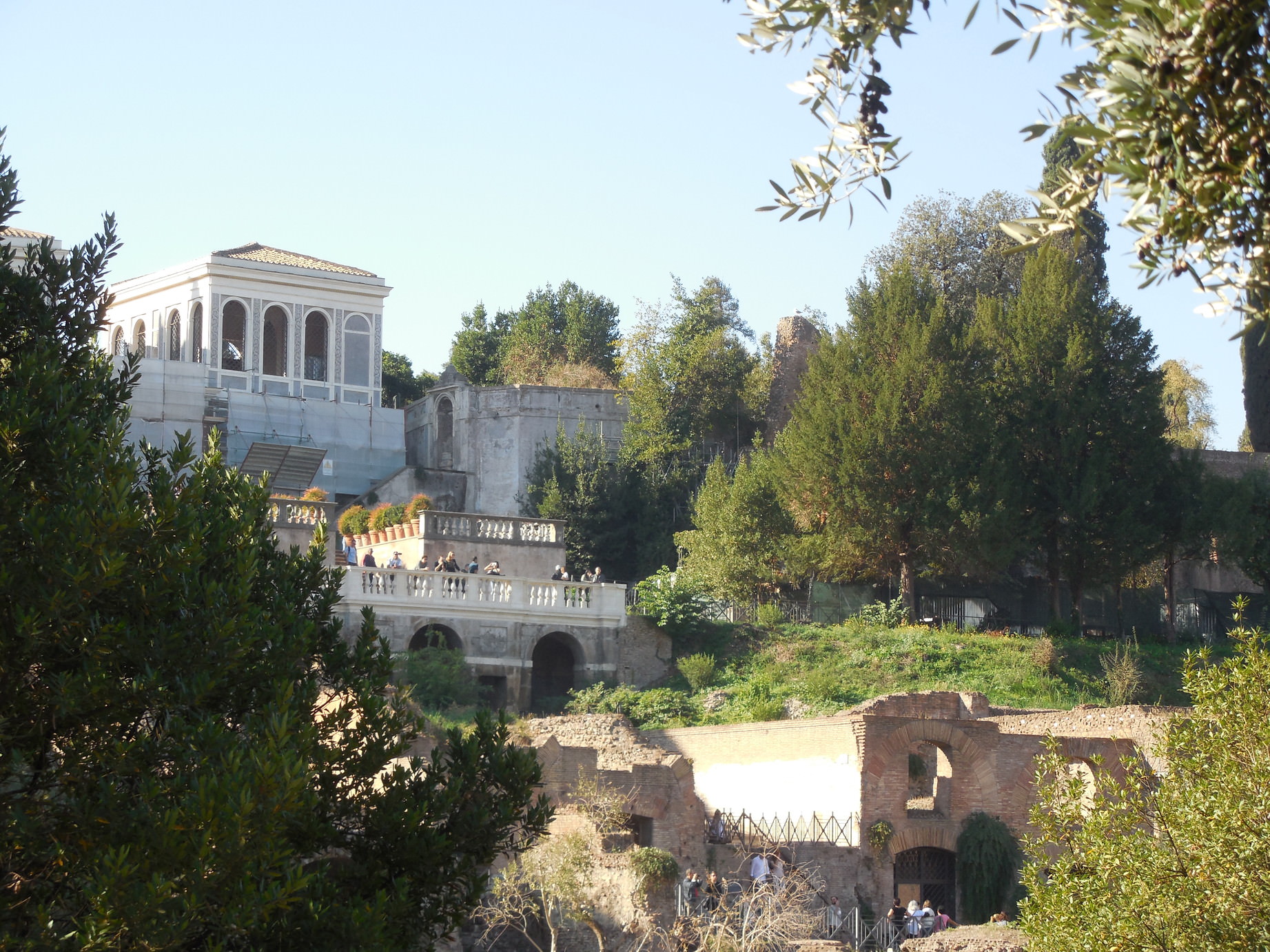 I landed in Rome and searched for the ticketing machines from where I bought the day pass to the city. The first place I went to in Rome was yes, The mighty Colosseum. We’ve all seen The Gladiator and know the legends of the Colosseum, but seeing it up close is a different experience. Completed in A.D. 80, this massive, still-standing structure is considered one of the greatest works of Roman architecture and engineering.Although it is now partially ruined because of damage caused by earthquakes and stone-robbers. To capture Colosseum in full frame I reached to place very far and top. But still couldn’t capture this whole magnanimous wonder in a full frame.

On the east of Colosseum is the Roman Forum. Roman Forum was sort of city centre for the people of ancient Rome.It served as a venue for public speeches, criminal trials, and gladiatorial matches; and the nucleus of commercial affairs. 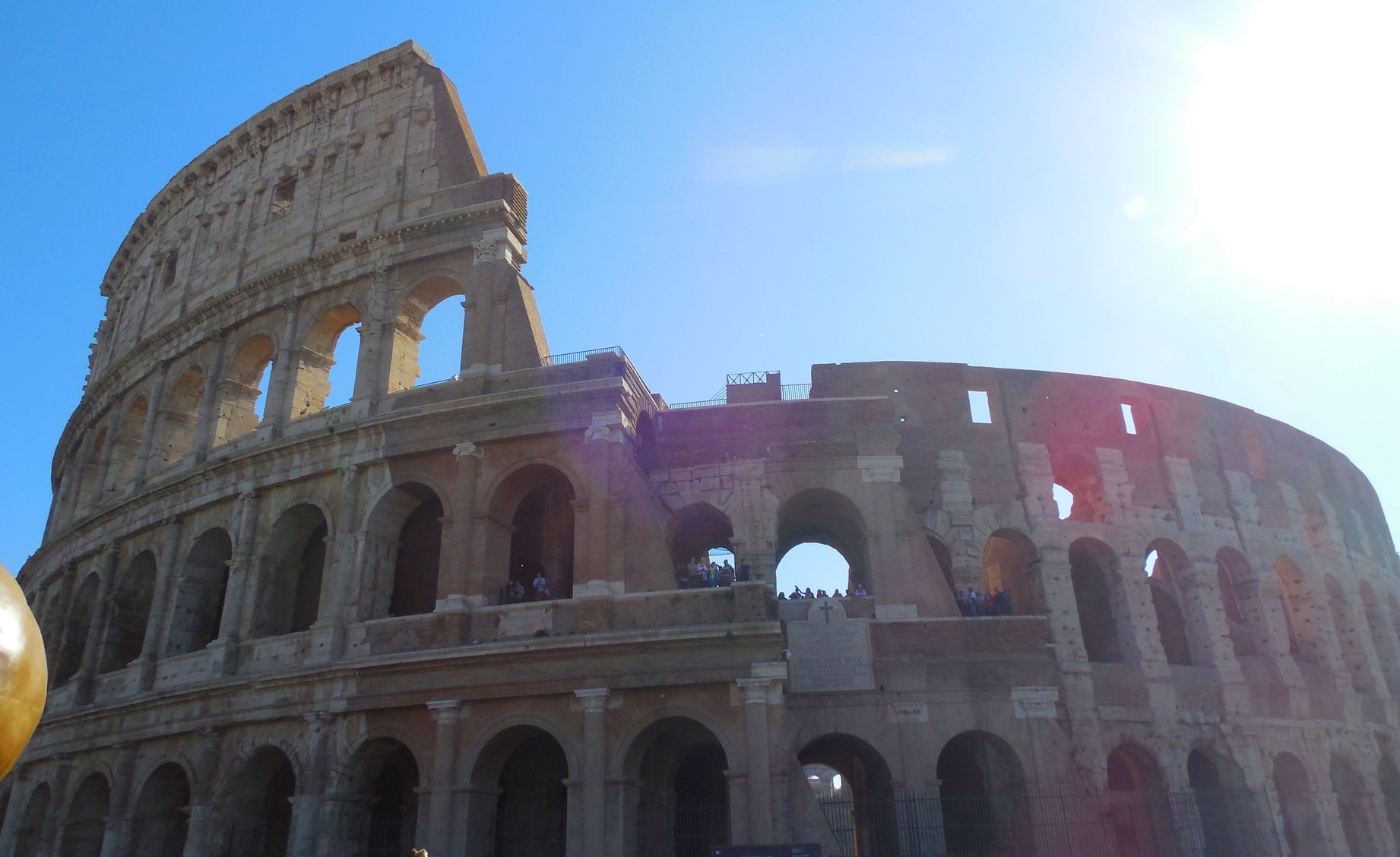 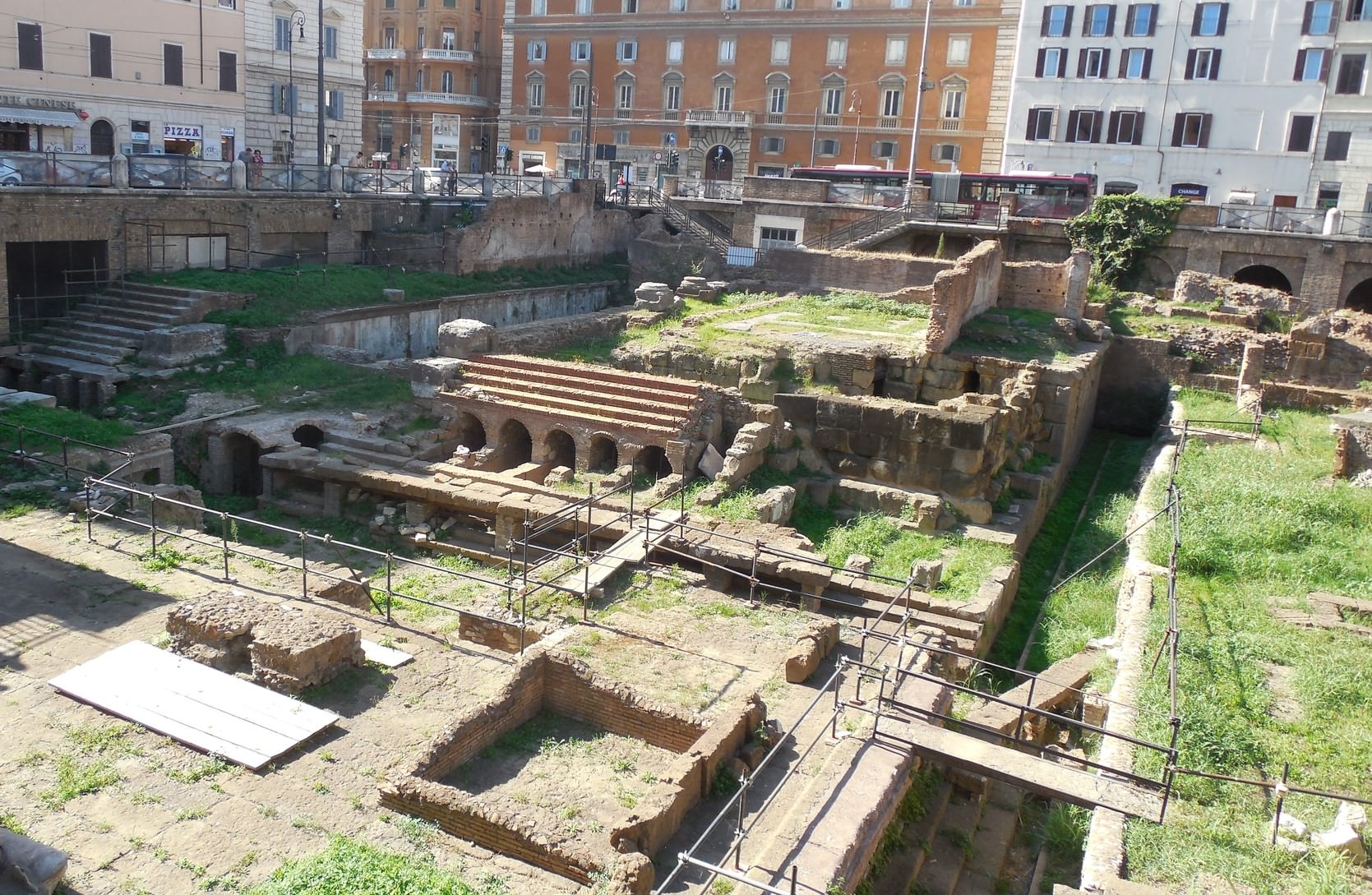 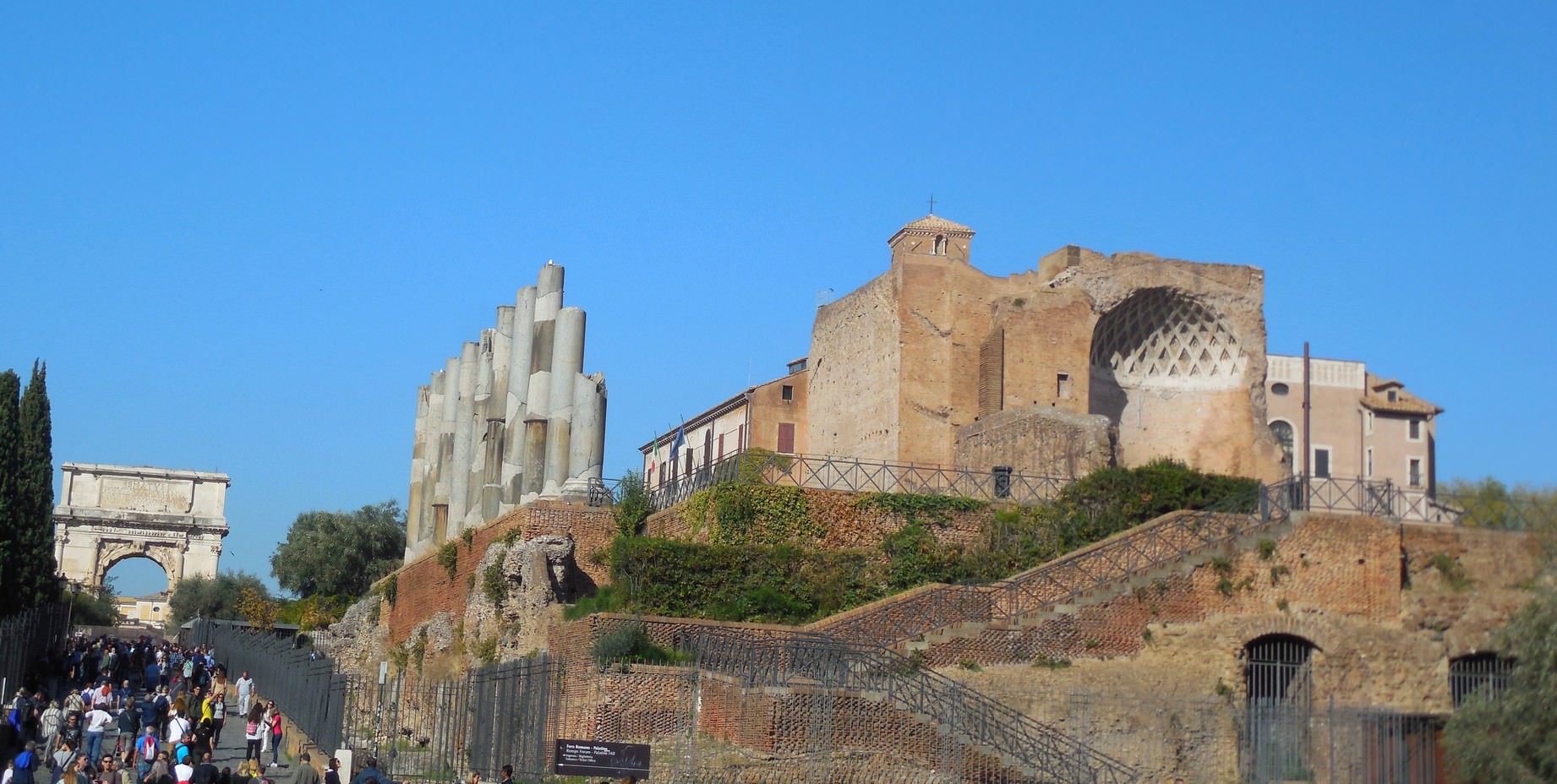 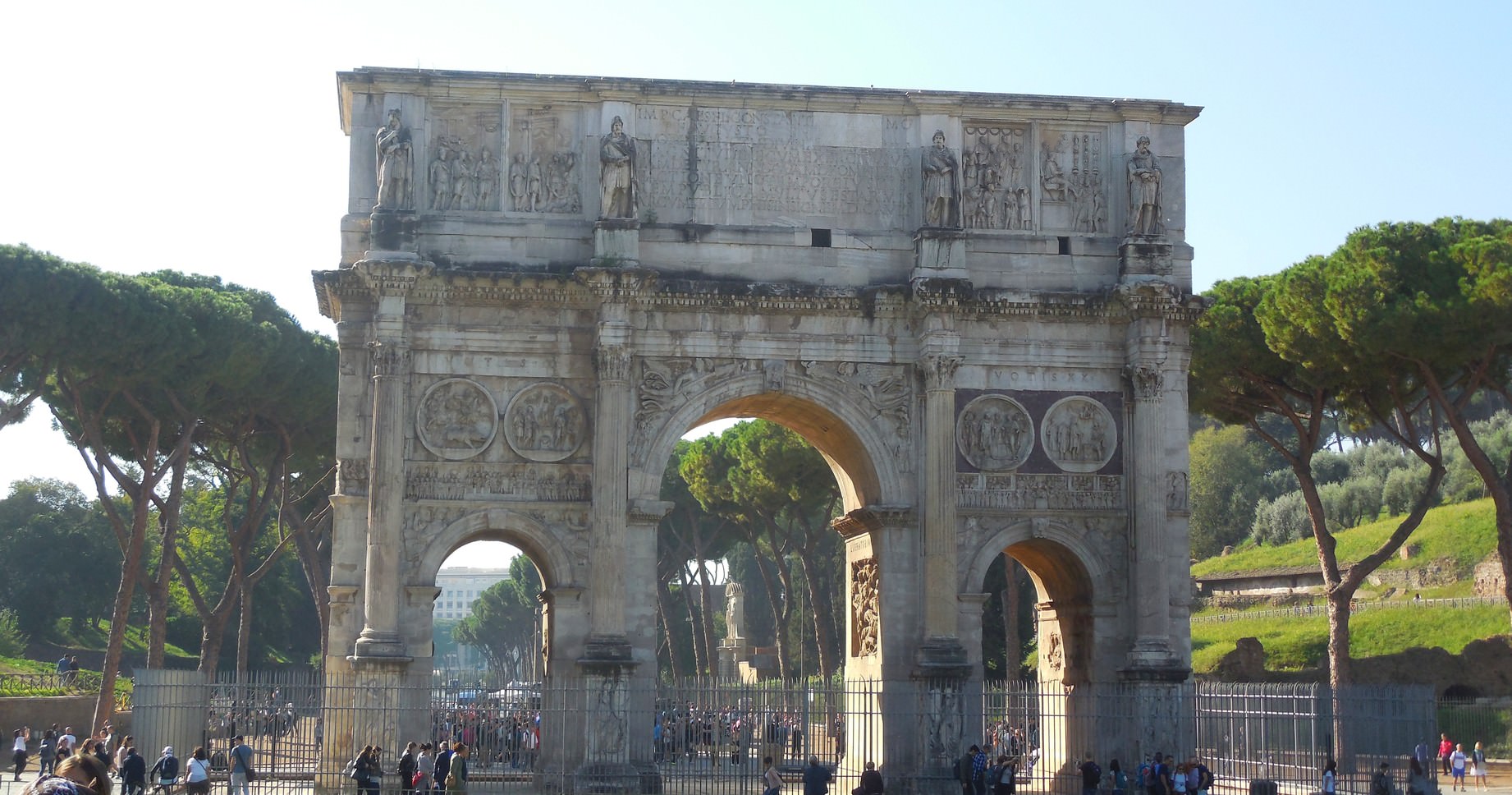 The next stop was the Pantheon. It is one of the best-preserved of all Ancient Roman buildings, in large part because it has been in continuous use throughout its history. Once called the Temple of all Gods. It is a magnificent building with splendid architecture. It has a domed ceiling, which, in addition to the entrance, is the structure’s only source of light.

From there, I walked to Piazza Navona. Piazza in Italian stands for Public square. It is dominated by the Fountain of the Four Rivers from great Italian sculptor Bernini. One can grab a Pizza from the various restaurants alongside the fountain. This fountain was seen in Angels and Demons (where Tom Hanks saves the fourth cardinal from drowning in the water). 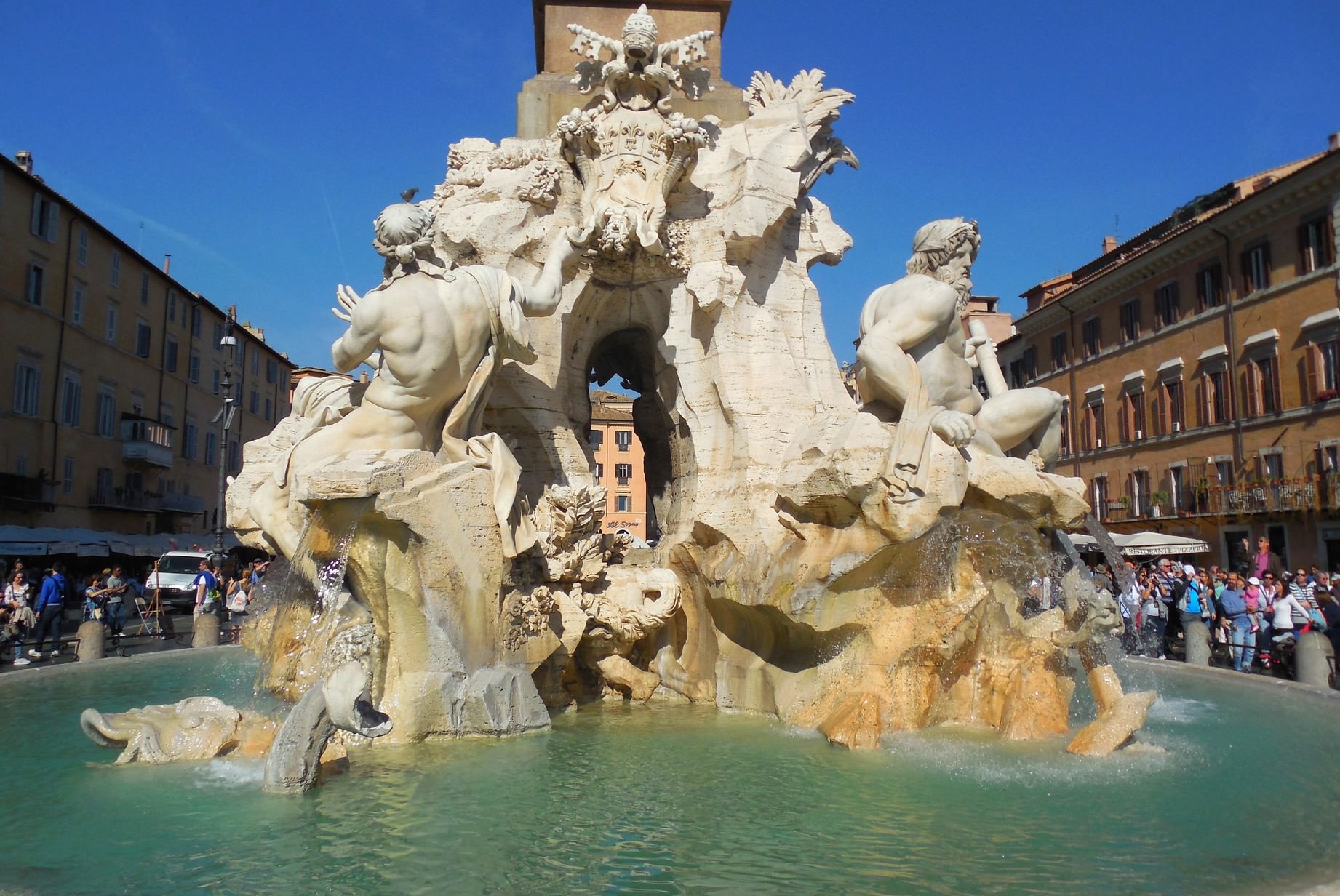 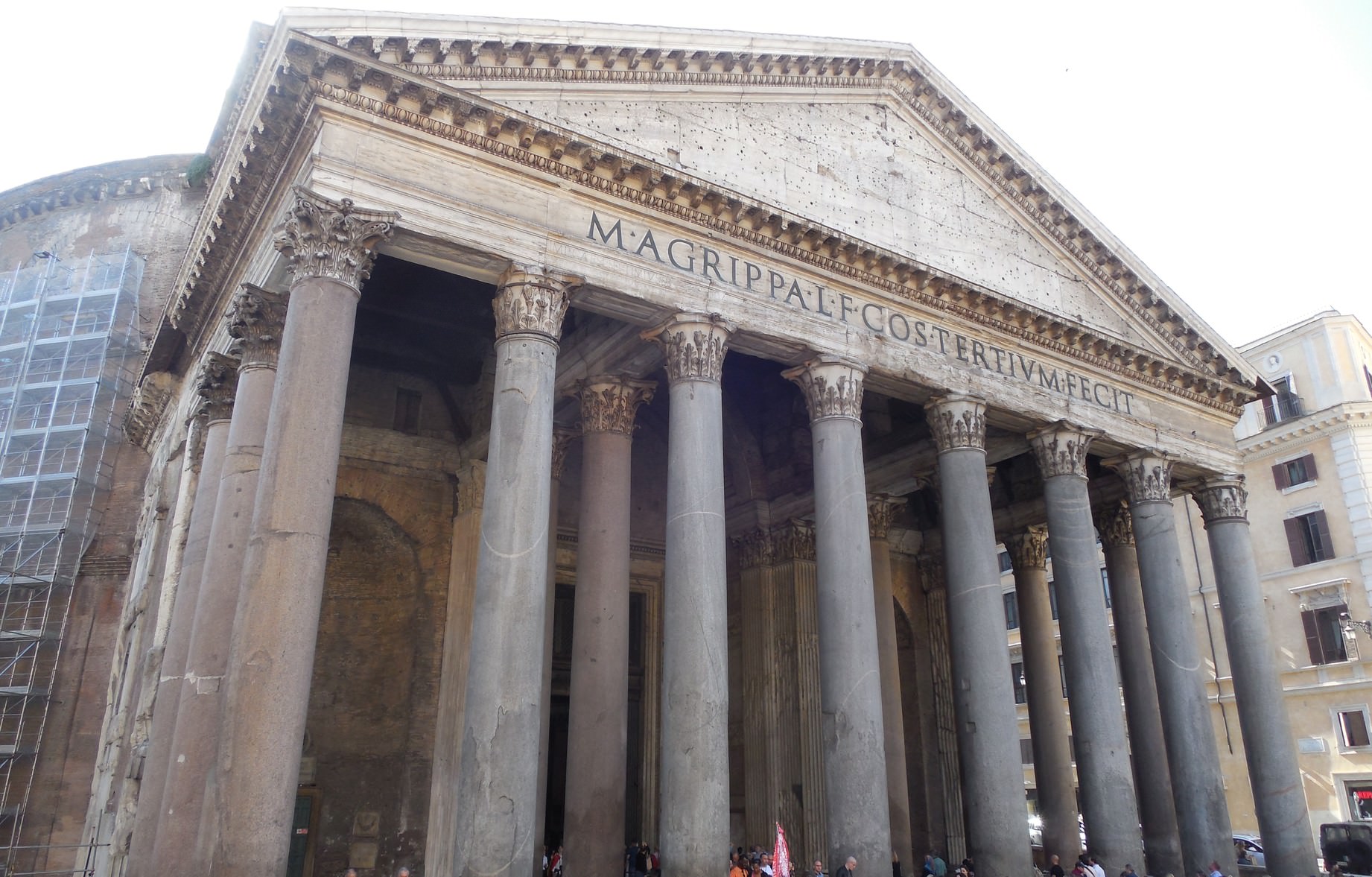 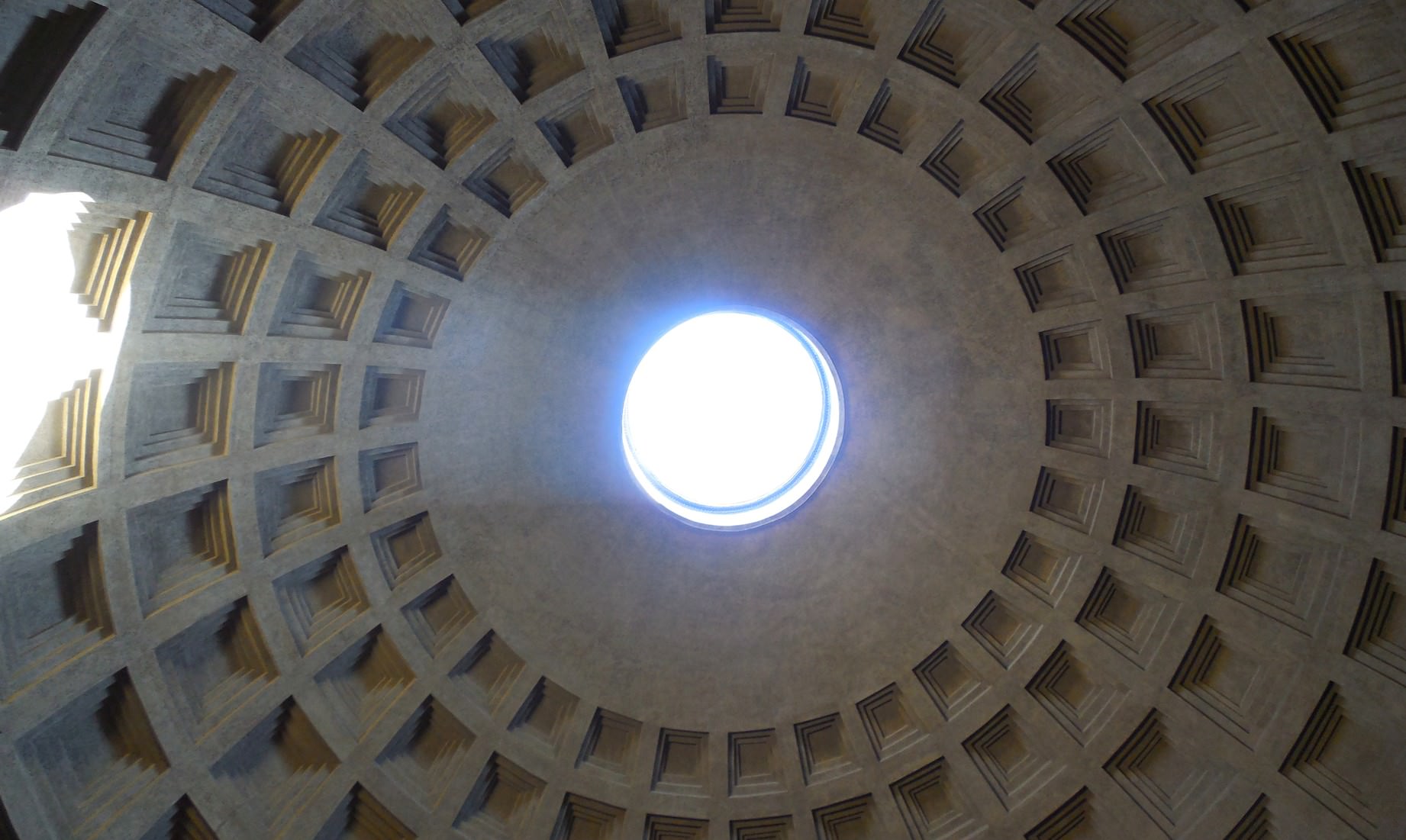 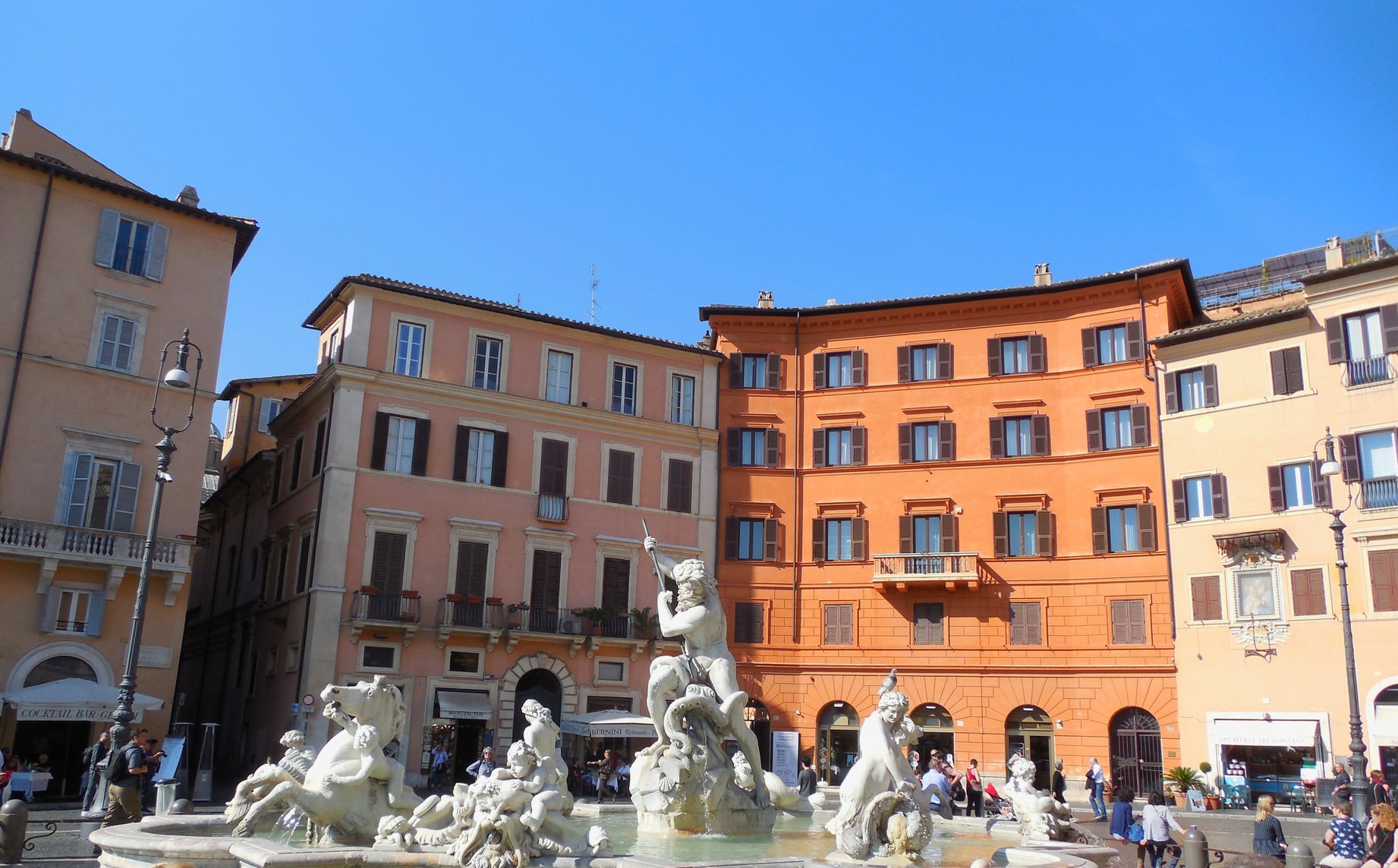 I crossed a lot of unknown buildings which would have a great historic relevance. Ignorance is a bliss, as they say, I walked towards my destination, The Triveni Fountain. This is the most famous fountain in the world, thanks to movies like Roman Holiday. People here Throw a penny in, make a wish and vow to return to Rome. I too threw a penny, but in anxiety forgot to make a wish. (Roman Holiday with Audrey Hepburn is a must watch, just saying) 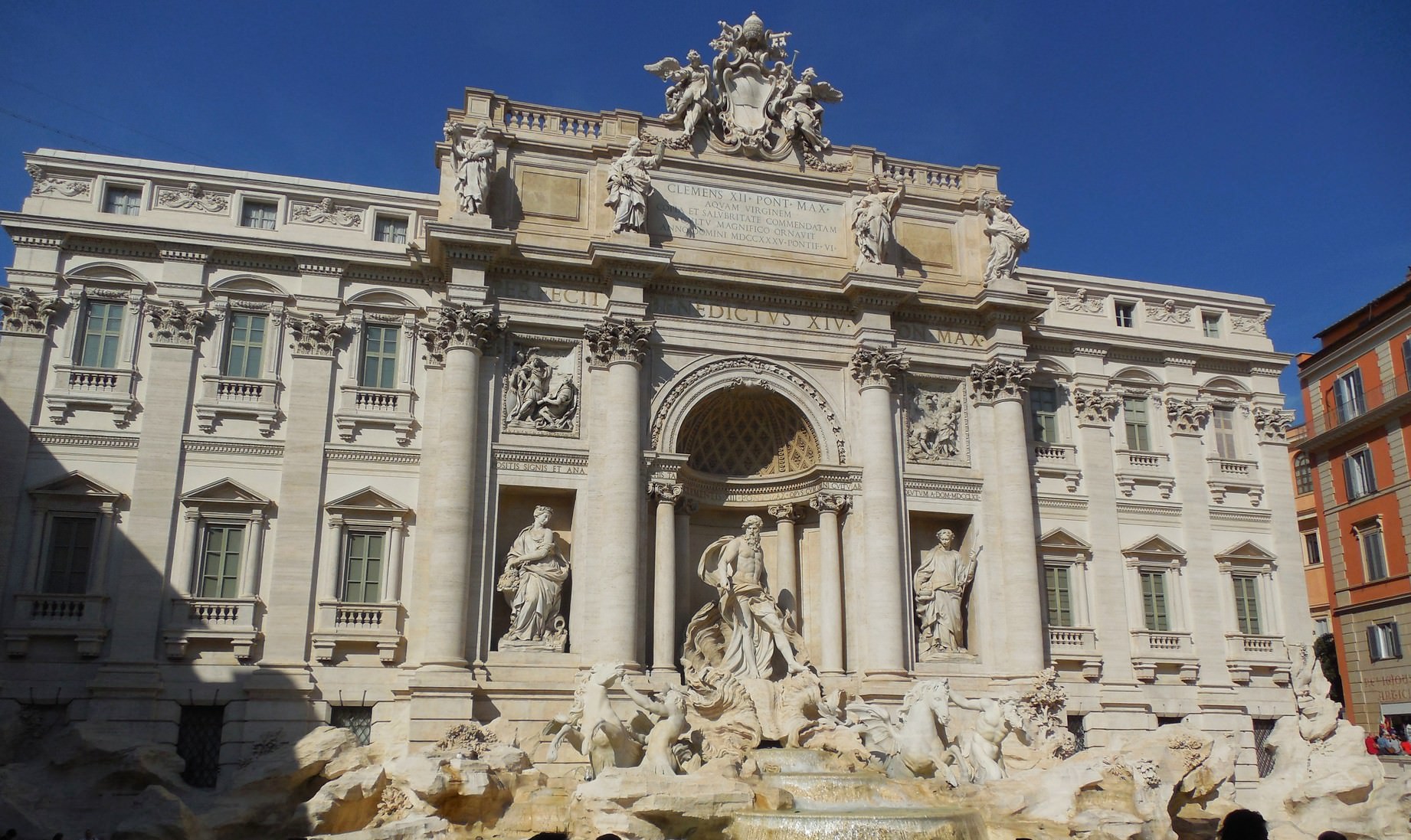 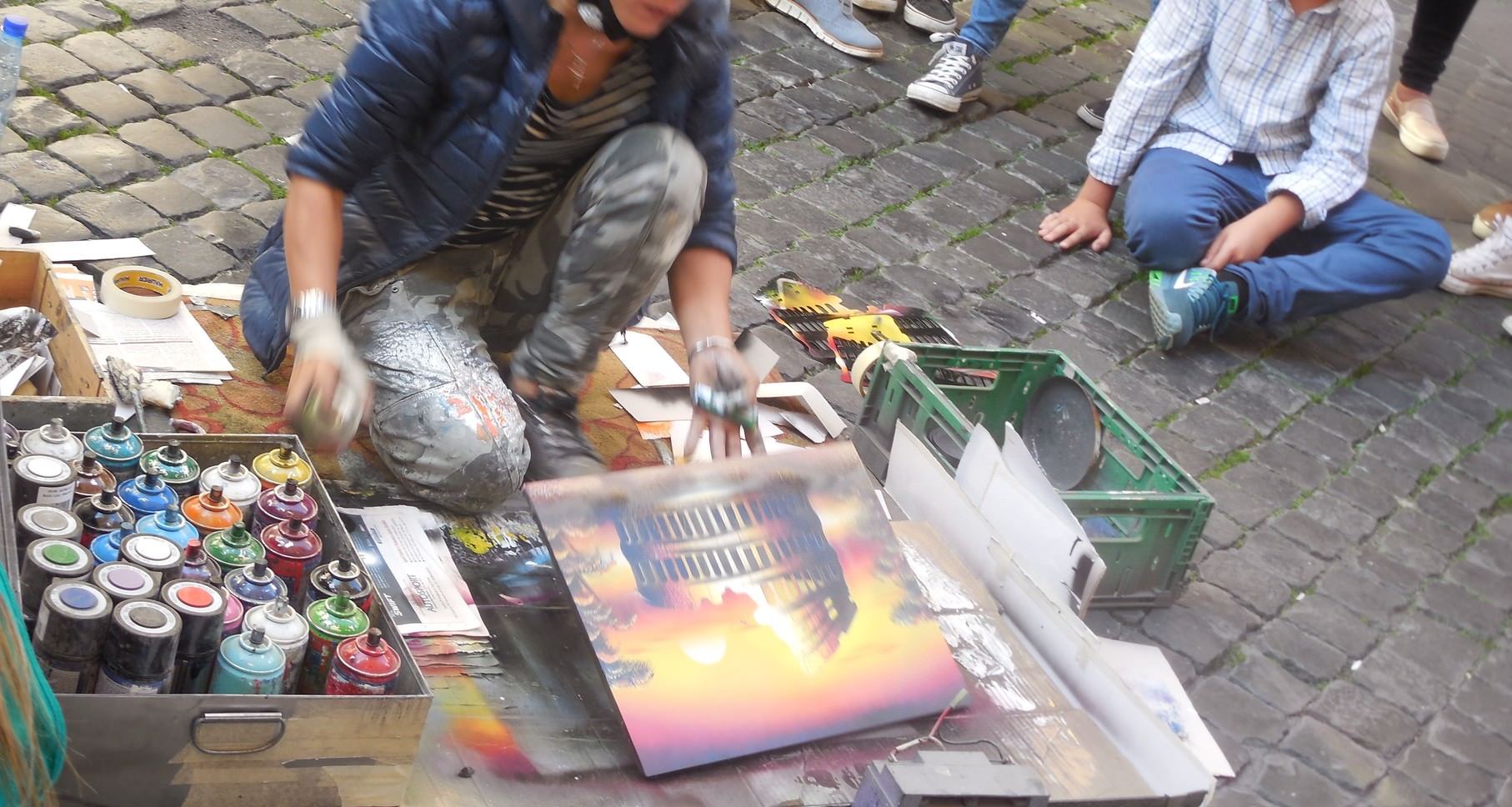 An Artist near the fountain 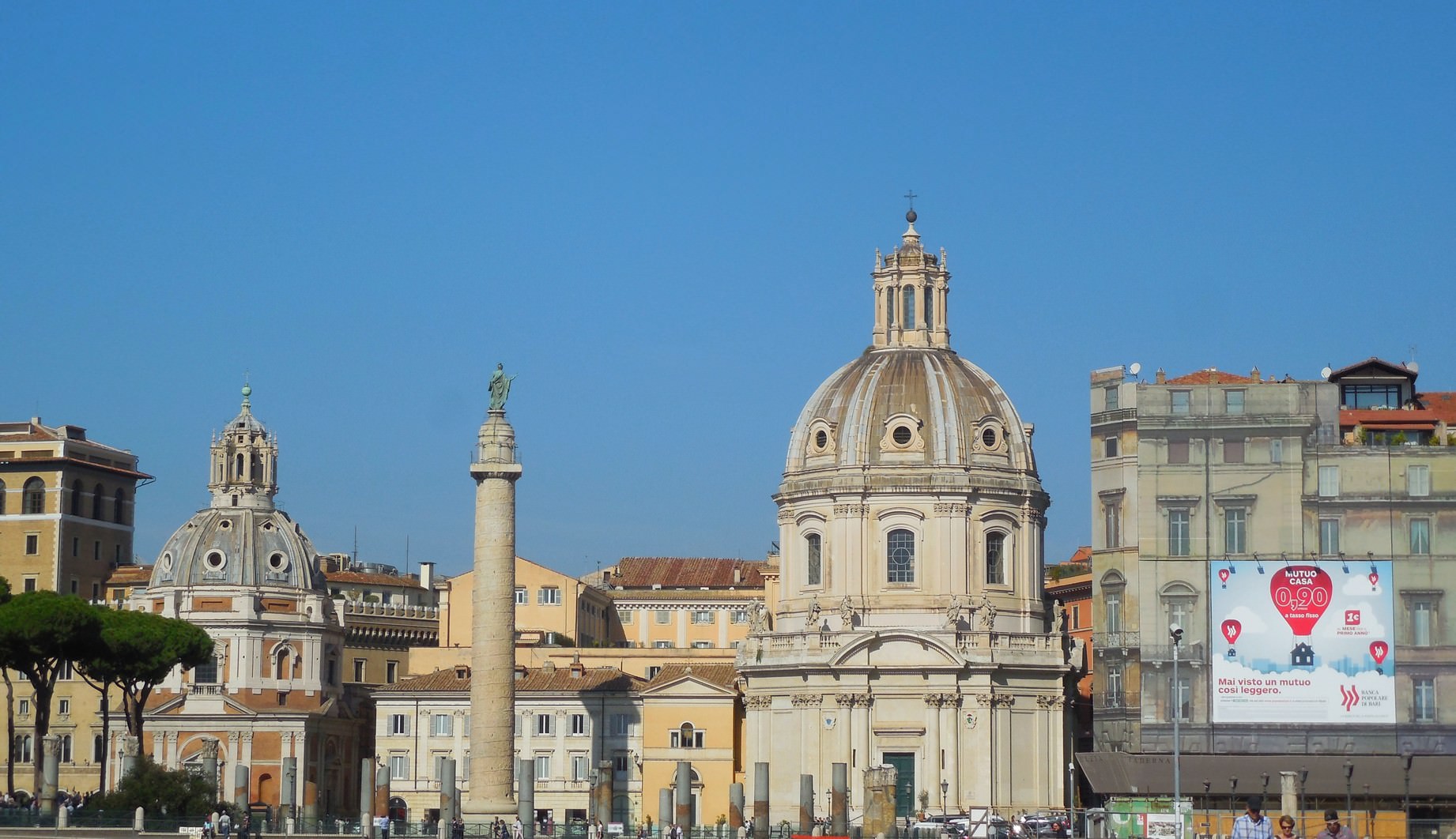 Next stop was this magnanimous building Altare della Patria. The base of the structure houses the museum of Italian Unification. The eternal flame burns under the goddess of Rome. It is so huge that it is seen distinctly from the top of Rome. 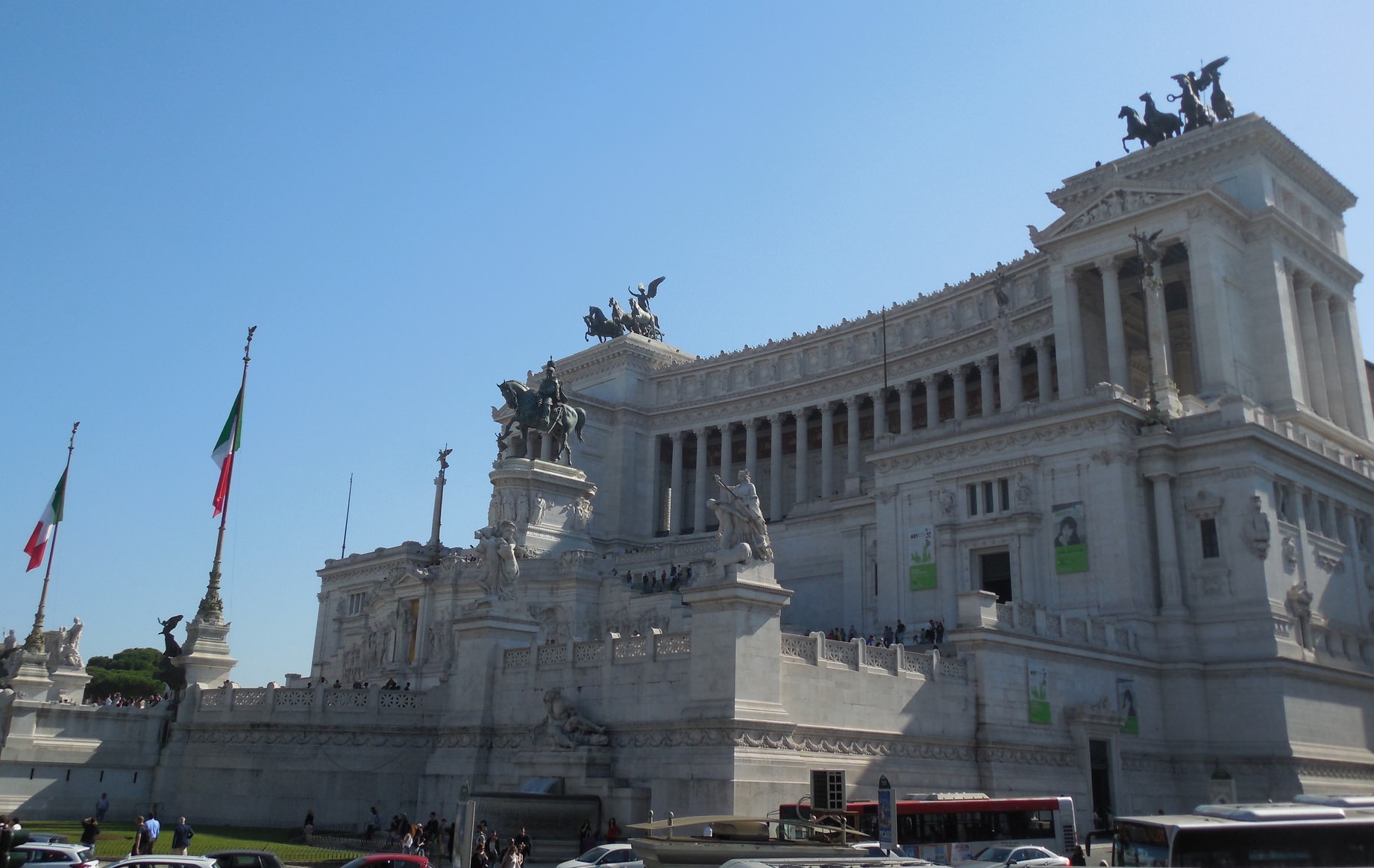 Altare della Patria from side 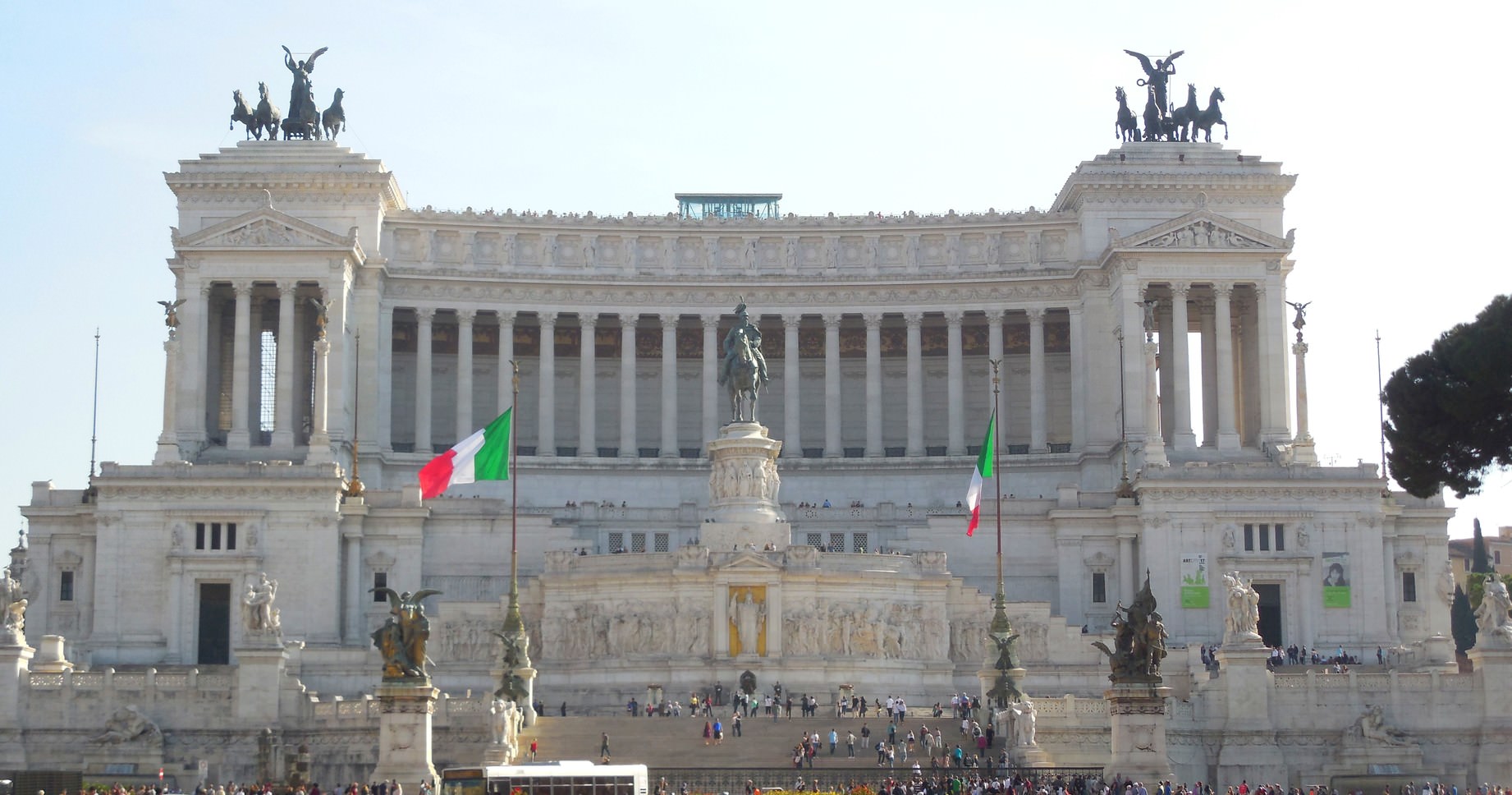 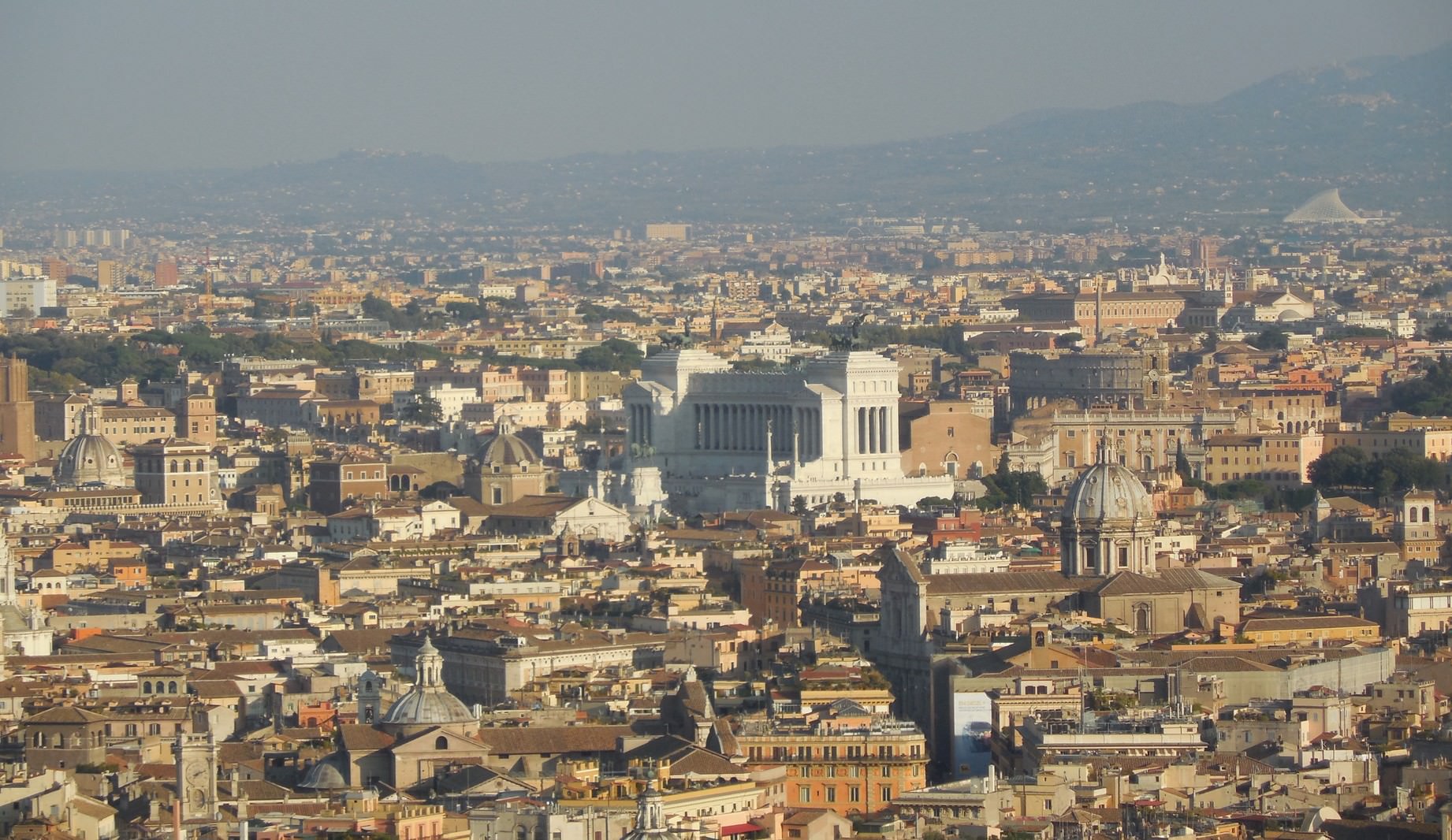 From there I took a bus to Vatican City. The Vatican City is an independent country inside the city boundaries of Rome, the only existing example of a country within a city. And Interestingly, for this reason, Rome has been often defined as the capital of two states. With an area of approximately 44 hectares and a population of 1,000, it is the smallest state in the world by both area and population.

I found myself in Peter Square in a dilemma of whether to get in the line for St Peter Bascilia or not. After 5 minutes of pondering I was standing in the line. It was probably the third biggest queue after my college mess and once when I stood in the ATM while Demonetisation was in implementation in India.

Quicktip, you won’t be allowed to enter if you are scantily dressed. 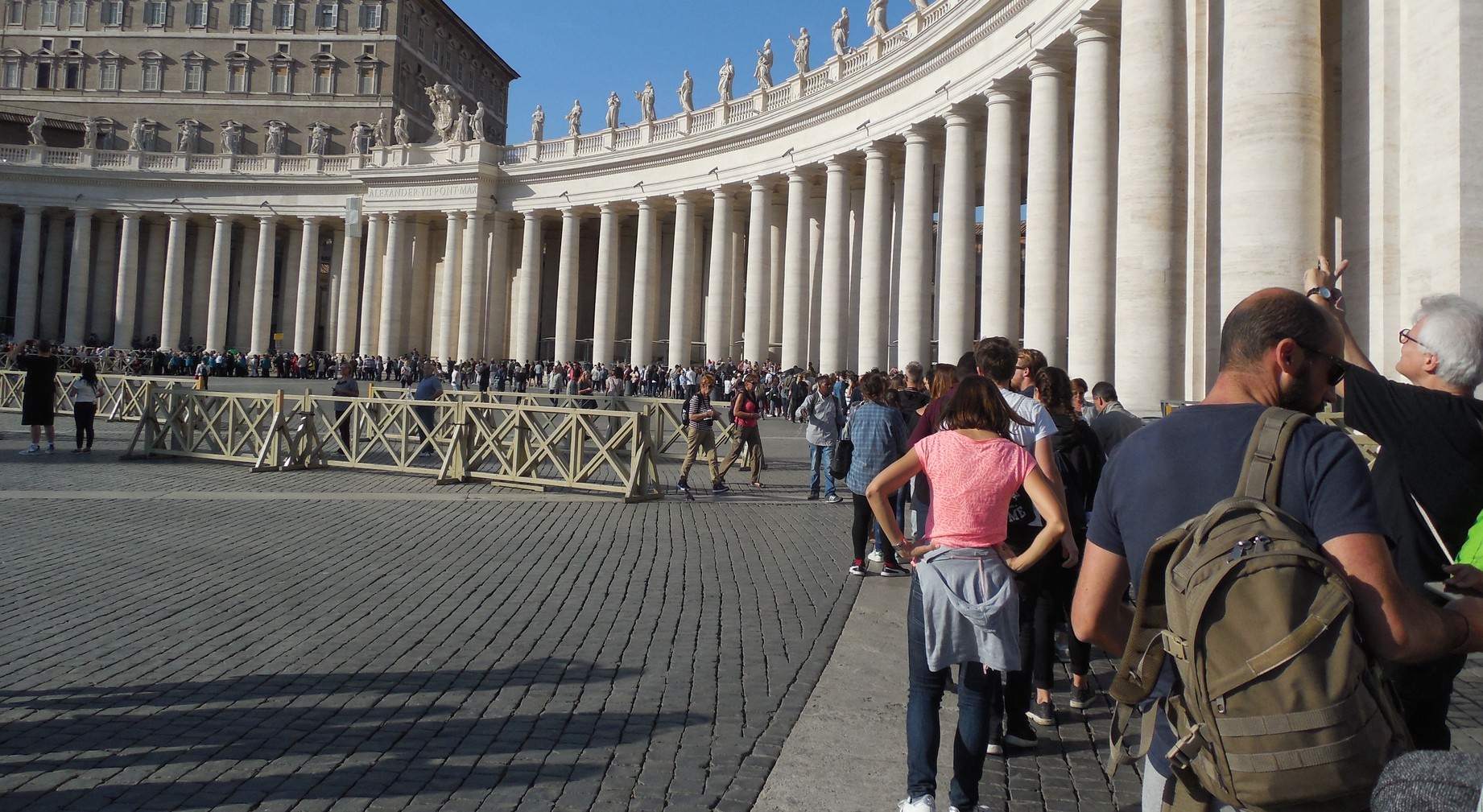 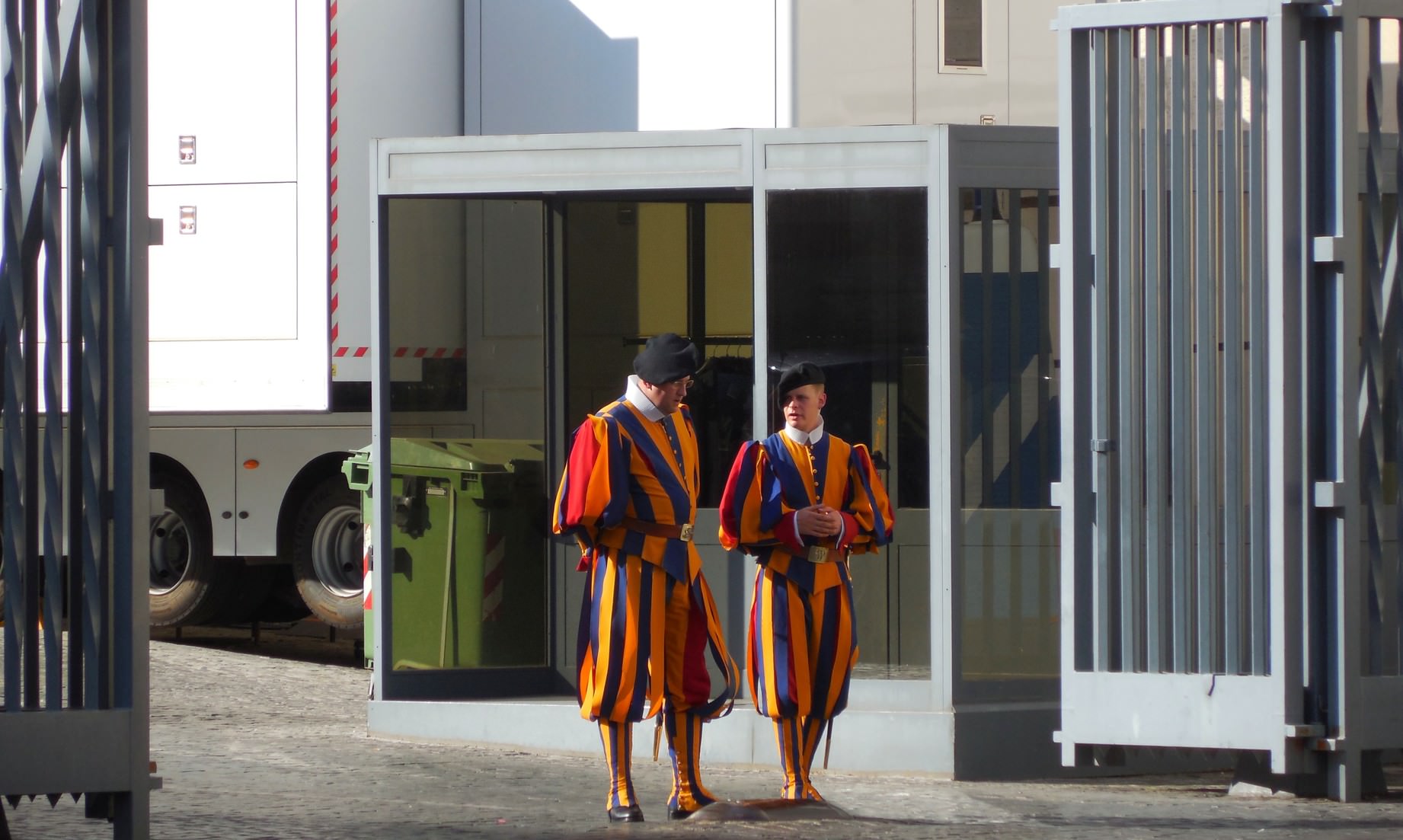 I had to wait for an hour, but it was worth it. From here, I climbed some 600 stairs to reach the top of the Bascilia. The views from the Top were breathtaking. The city expanded towards the horizon. It literally looked infinite.

One can see the works of Leonardo da Vinci, Michelangelo and Raphael in the interiors. The architecture inside is so amazing that I am out of adjectives.

The Roof of the Bascilia 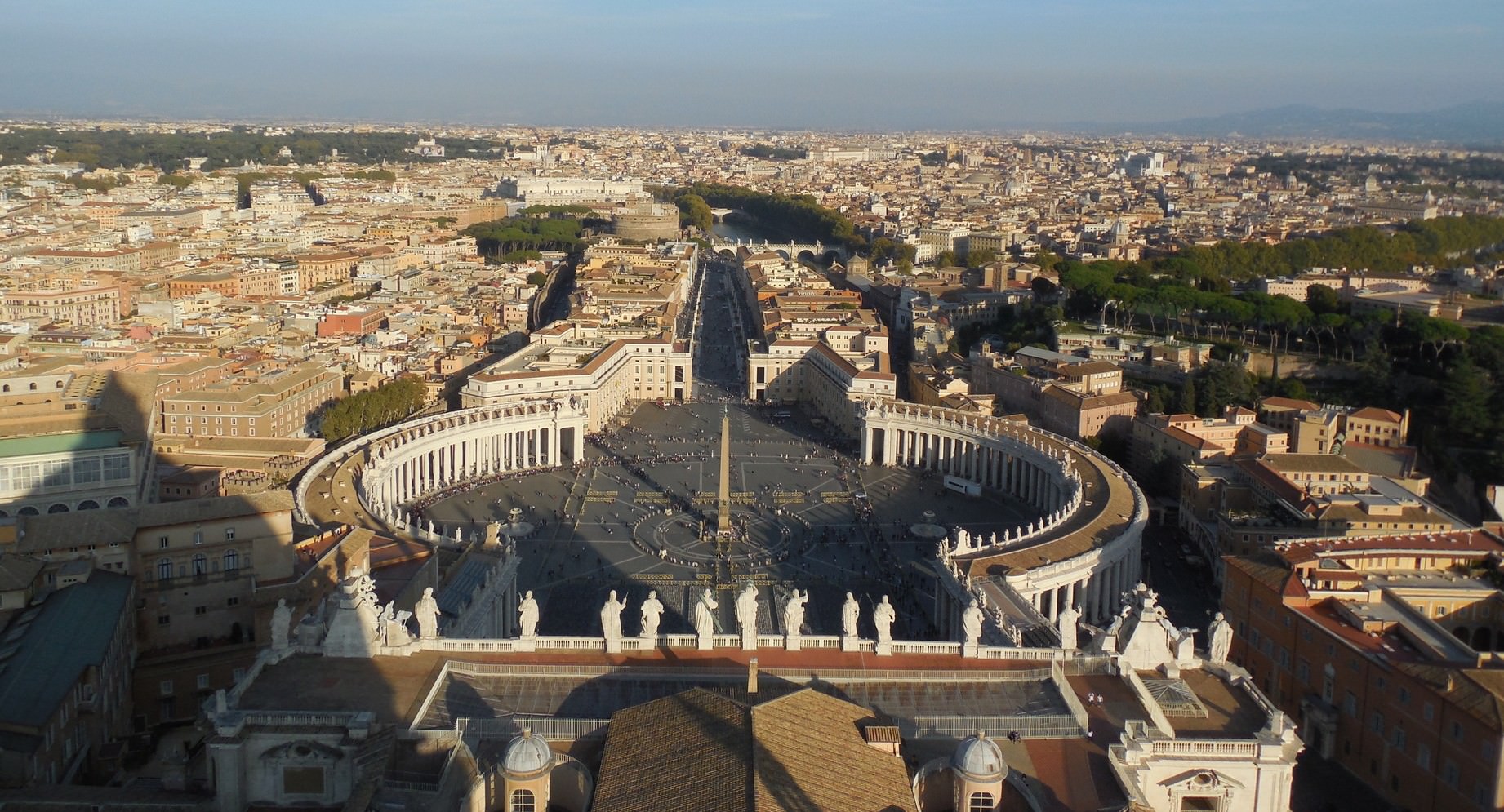 Square from the Top

My bus was to leave at 9 pm in the night. I had time and as they say, When in Rome, do as the Romans do. I went to a Pizza restaurant nearby and ordered some unpronounceable pizza. (The name is so twisted that I can’t even Google it now, Google’s Do you mean? is failing me). The Pizza came and it was just Delicious, although it had tuna in it and I was not able to make my way through knife and fork. But Still, the taste was finger licking good. 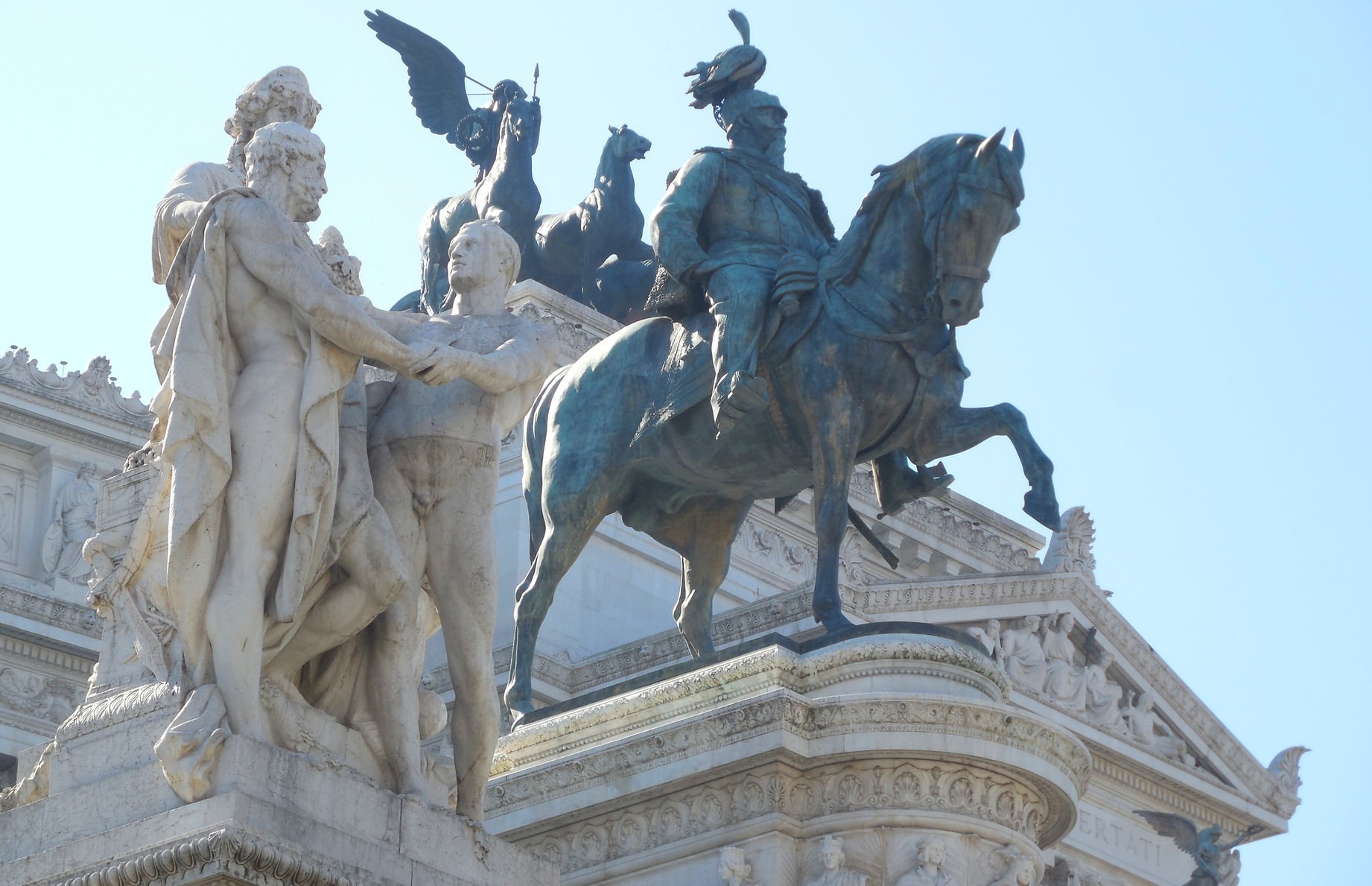 I then visited Castel Sant’Angelo from the Outside. It was originally the tomb of Emperor Hadrian but later was turned into a protective place where the Pope could take refuge in times of danger. After spending few hours here, I grabbed a gelato from a shop and went to my bus station. 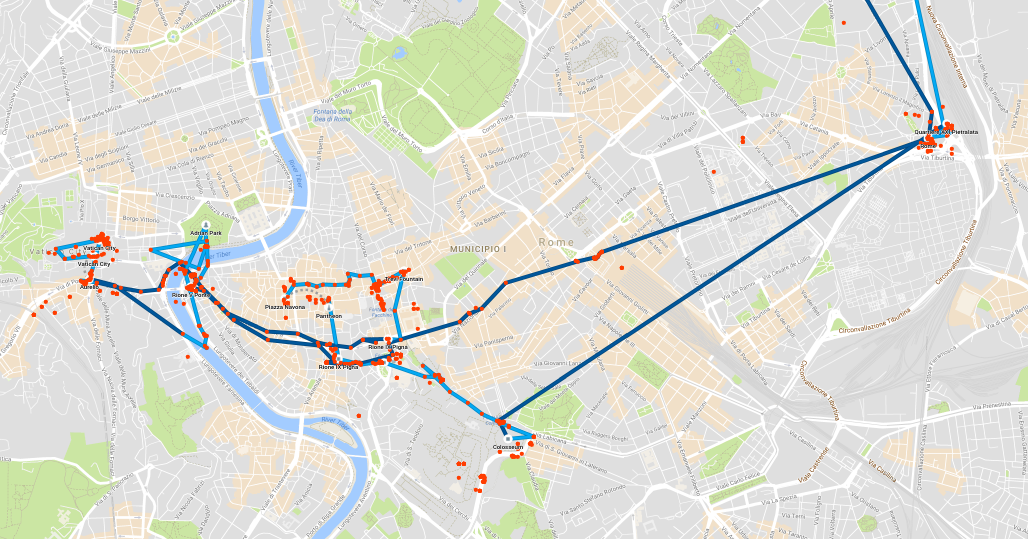 Rome would certainly be visited again. The wish gets fulfilled or otherwise.