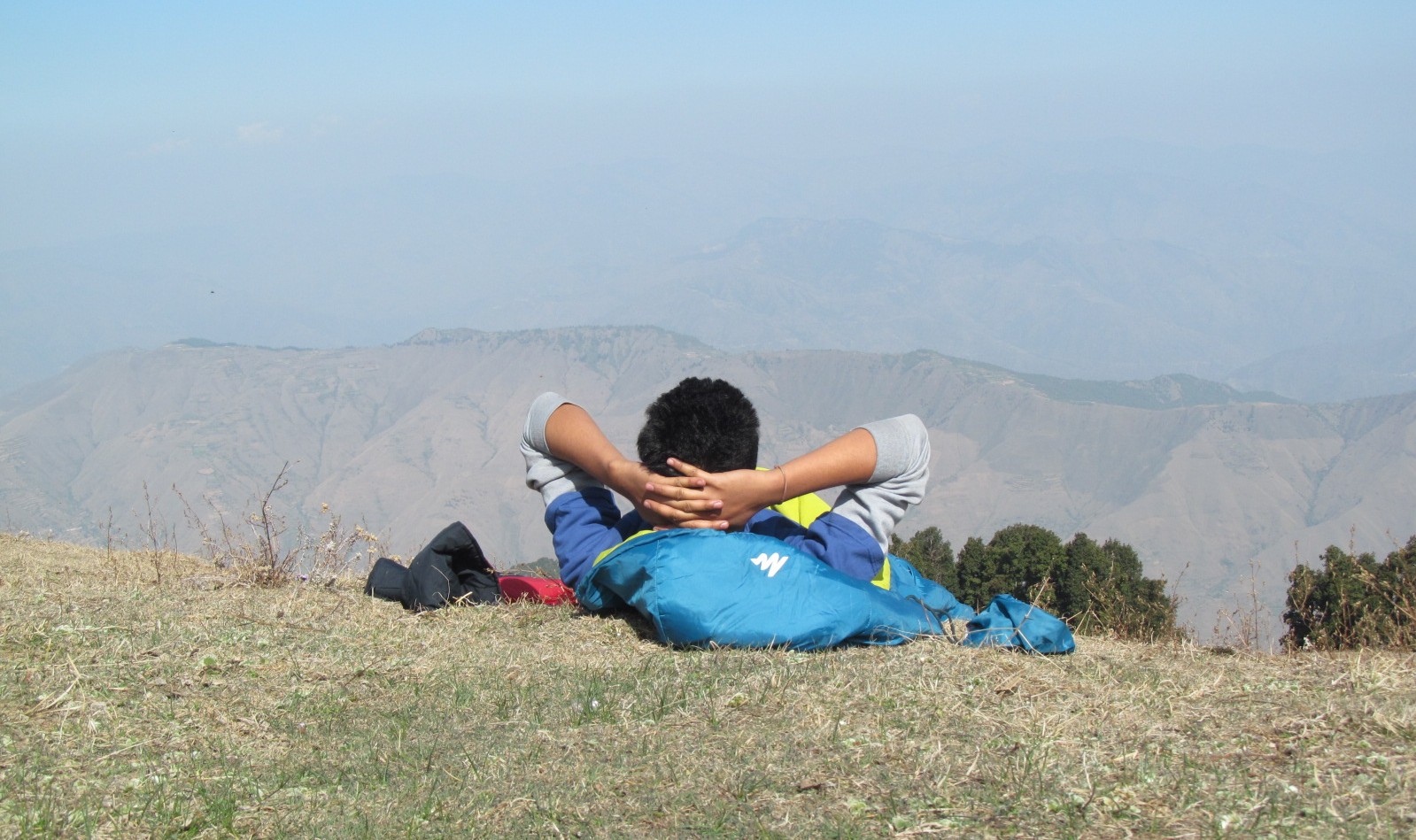 Nag Tibba is an easy trek that can be easily completed in a weekend from Delhi. At 3400 meters Nag Tibba is the highest peak of lesser Himalayas. It is said to be the abode of Nag Devta. Hence, it is kind of an experience that you can boast of. We previously planned it in the month of January when the top is covered in ankle deep snow, but somehow that plan dropped. However, with a new enthusiasm, we started on Friday, after an unwilling approval from the home since yesterday was Holi. 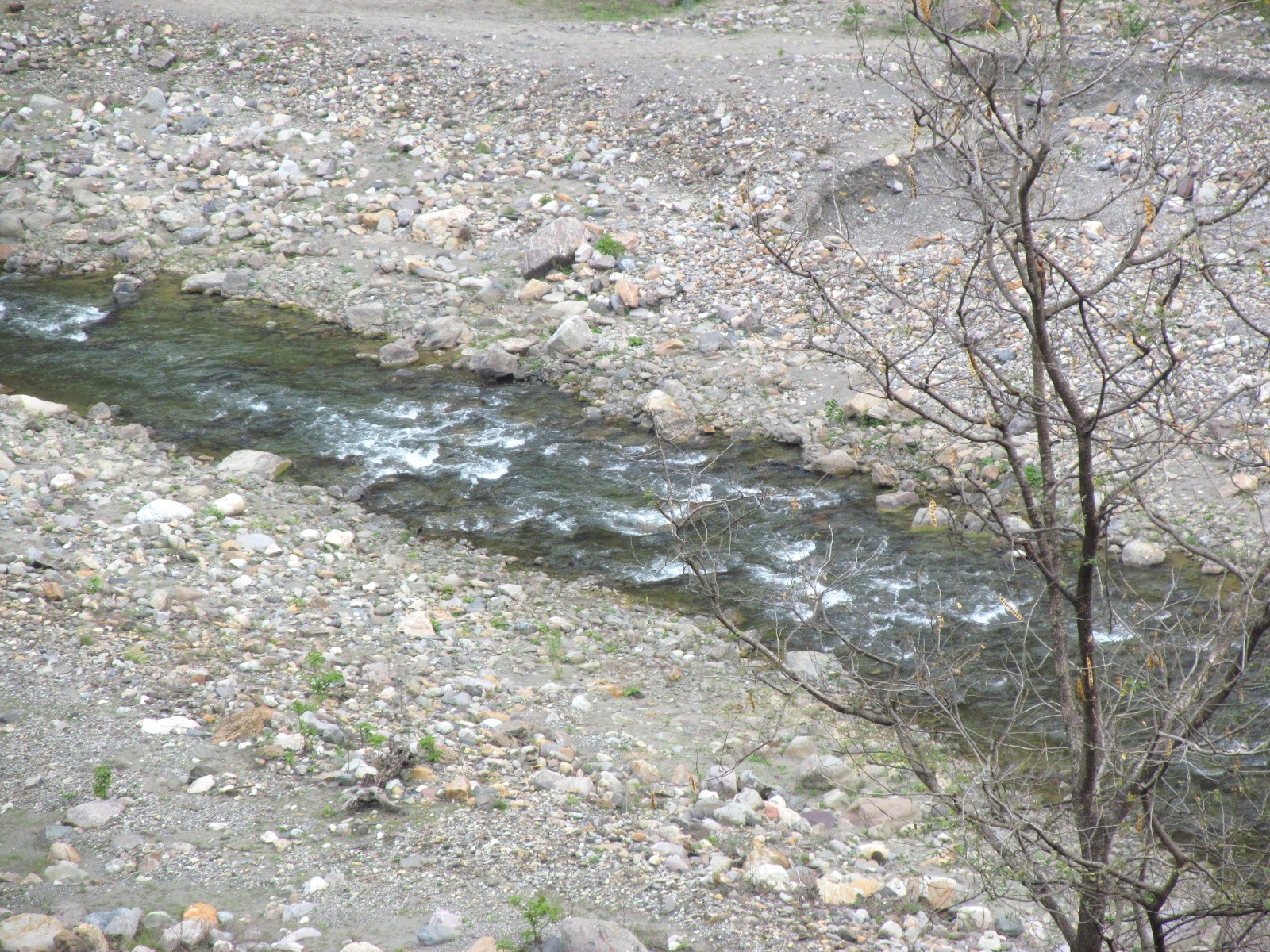 Small Brook on the way

On Friday we reached Dehradun via a public bus. Owing to our obesseity with frugality we slept in a school in Dehradun that was opened for the pilgrims of Jhandewale Gurudwara Ceremony. We woke up at around 5.30 and headed towards the Bus station. 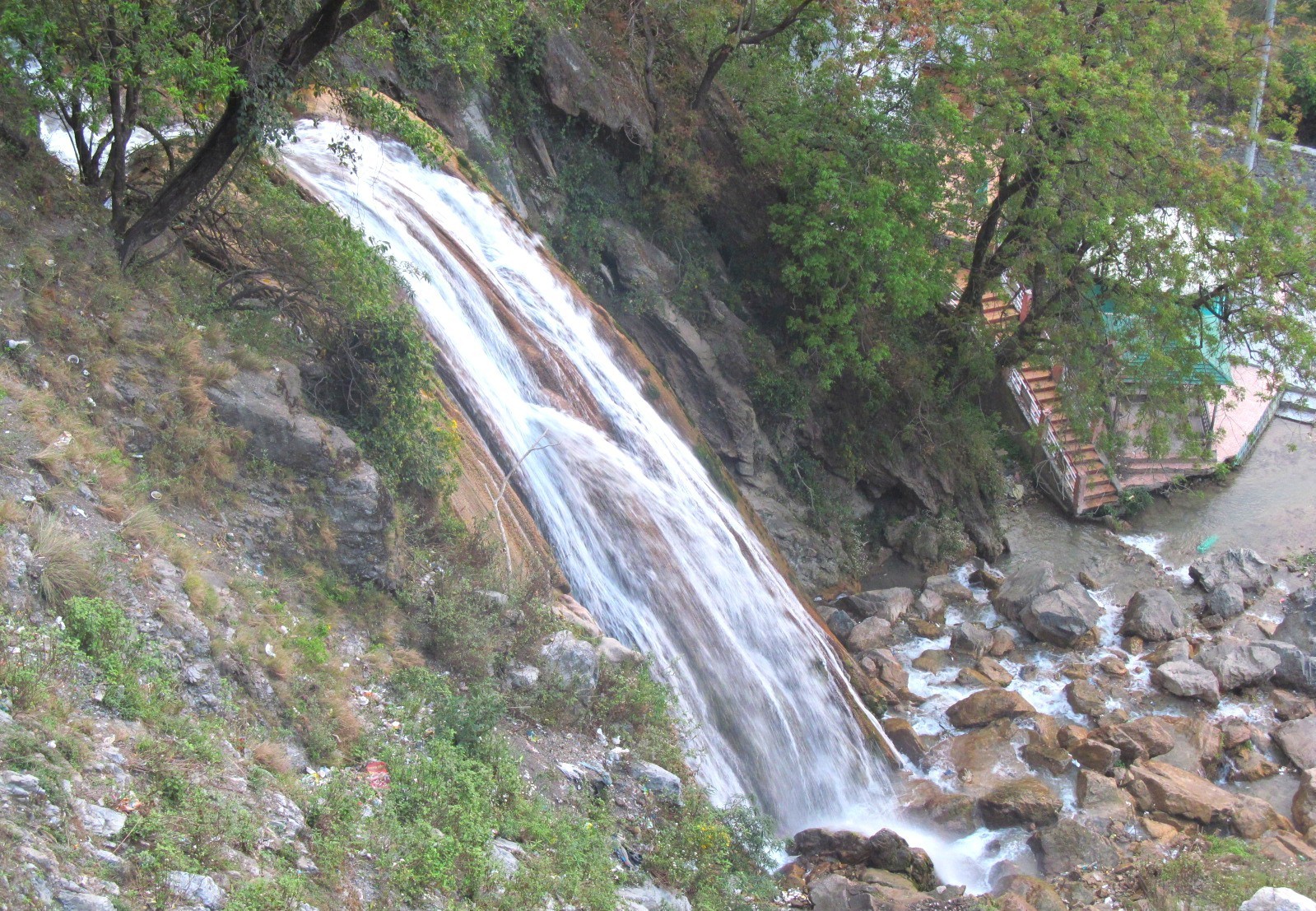 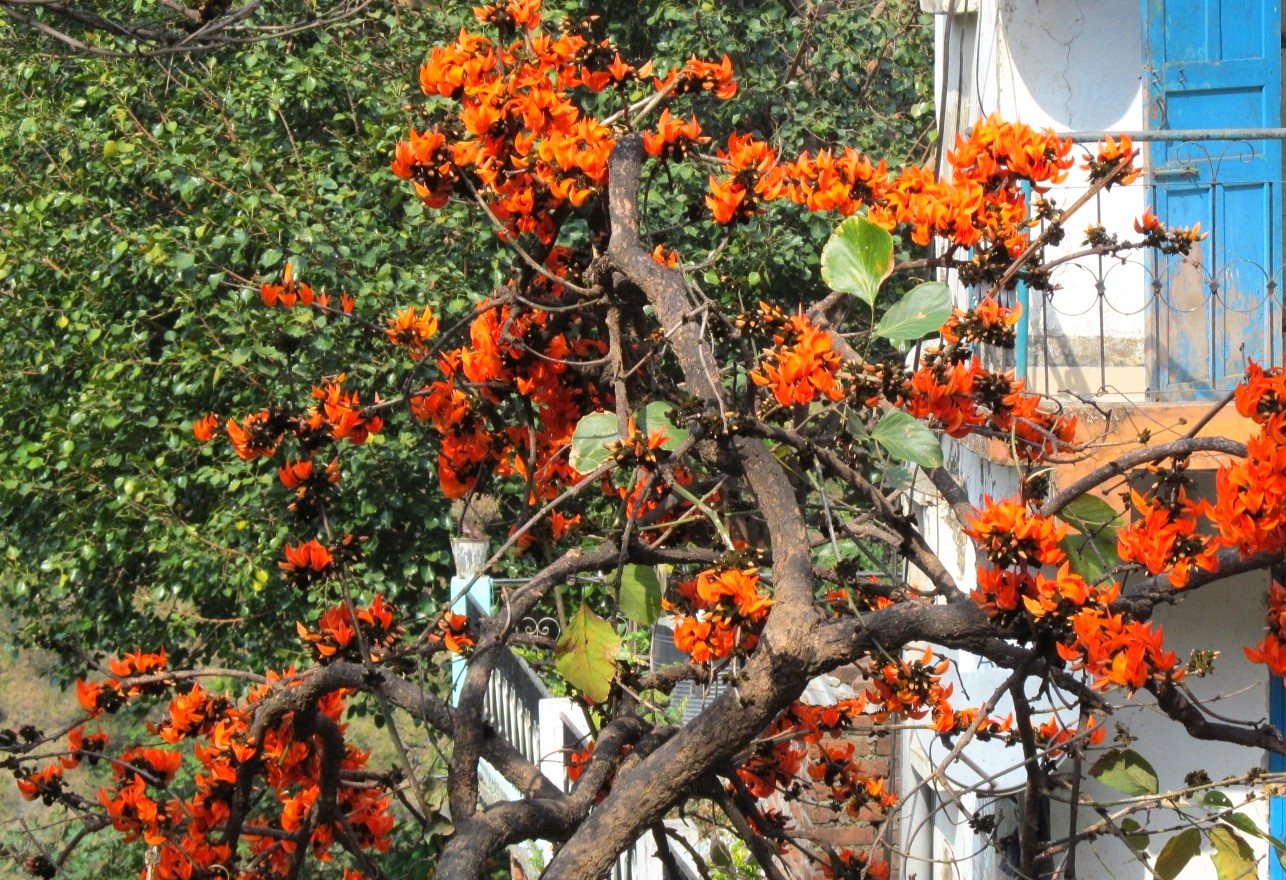 Flowers in a house

We took a local bus to Nainwal Village. Reaching there located a sulabh and after the morning routine ate a heavy breakfast. We met some trekkers who told us the stories of their previous treks. After some talks, we took the local wagon to Panthwari Village. We stood in the back of the vehicle as it travelled in the zigzag path of the mountain. 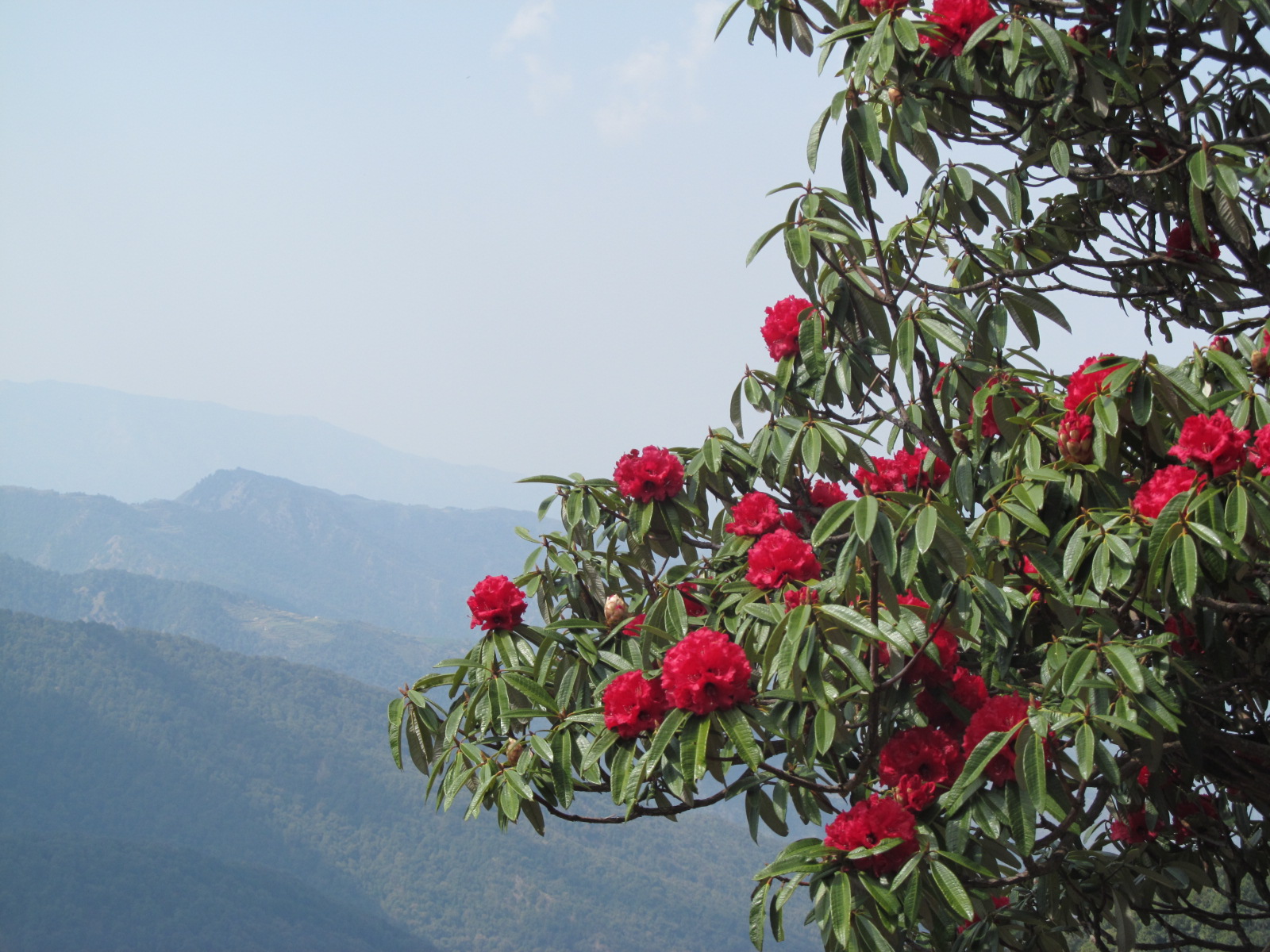 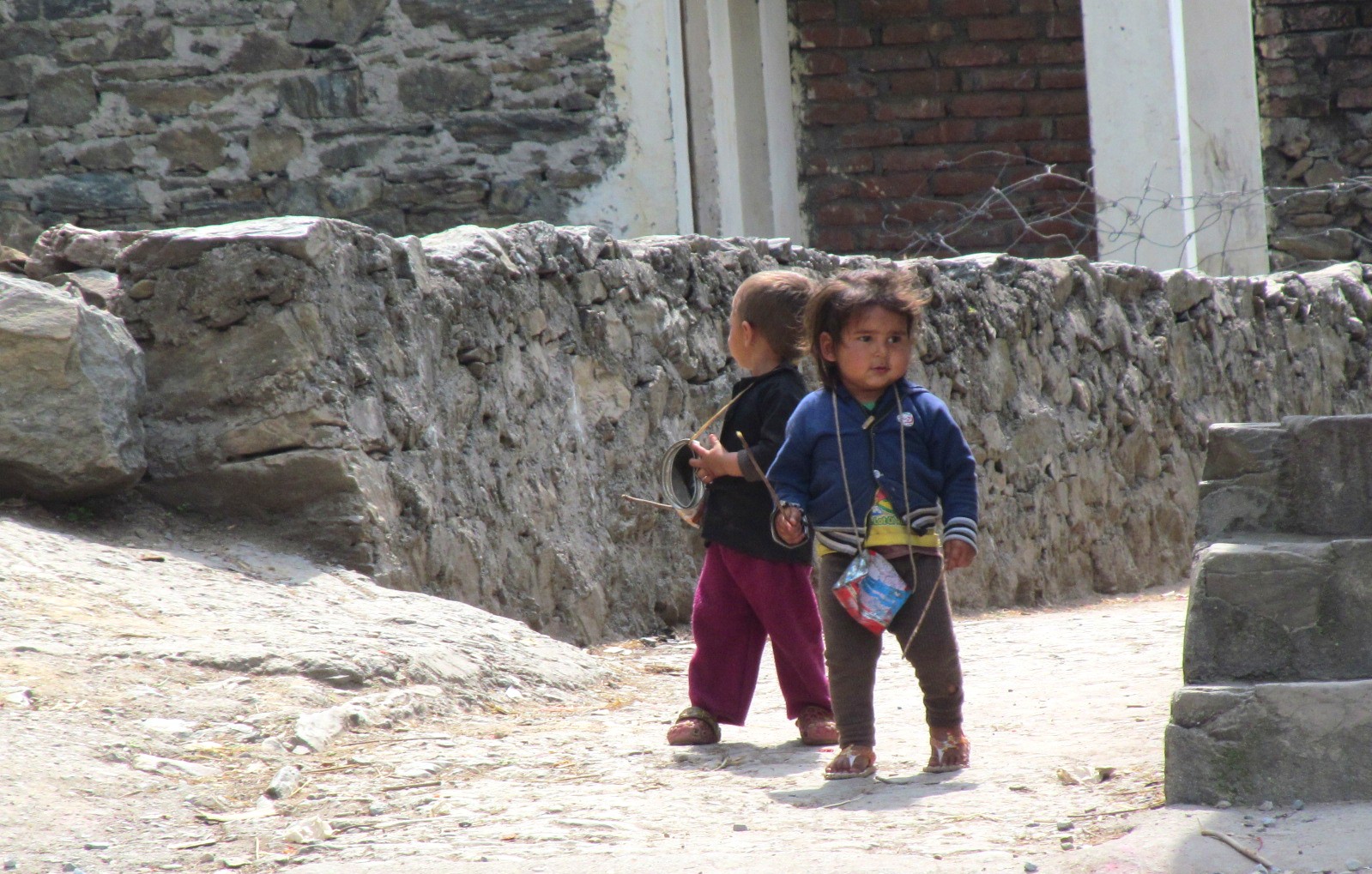 Children with their toys

Crossing some enchanting views of the green hills we reached Panthwari. Then we put on our 15 kg backpacks that had everything ranging from sleeping bags, tents to frying pan and dagger. It was around 11 am in the morning and we started the trek. Crossing two temples, at first, we reached the view point at 1 km from the village and were already out of breath. Till this point one can come via motorable road but what is the fun in that? right. The climb was steep and surprising. On an average, we stopped on every 500 meters to catch the breath. It was really fun to these cute little pahadi devils easily running up the hills on the same path where you have to break a sweat. 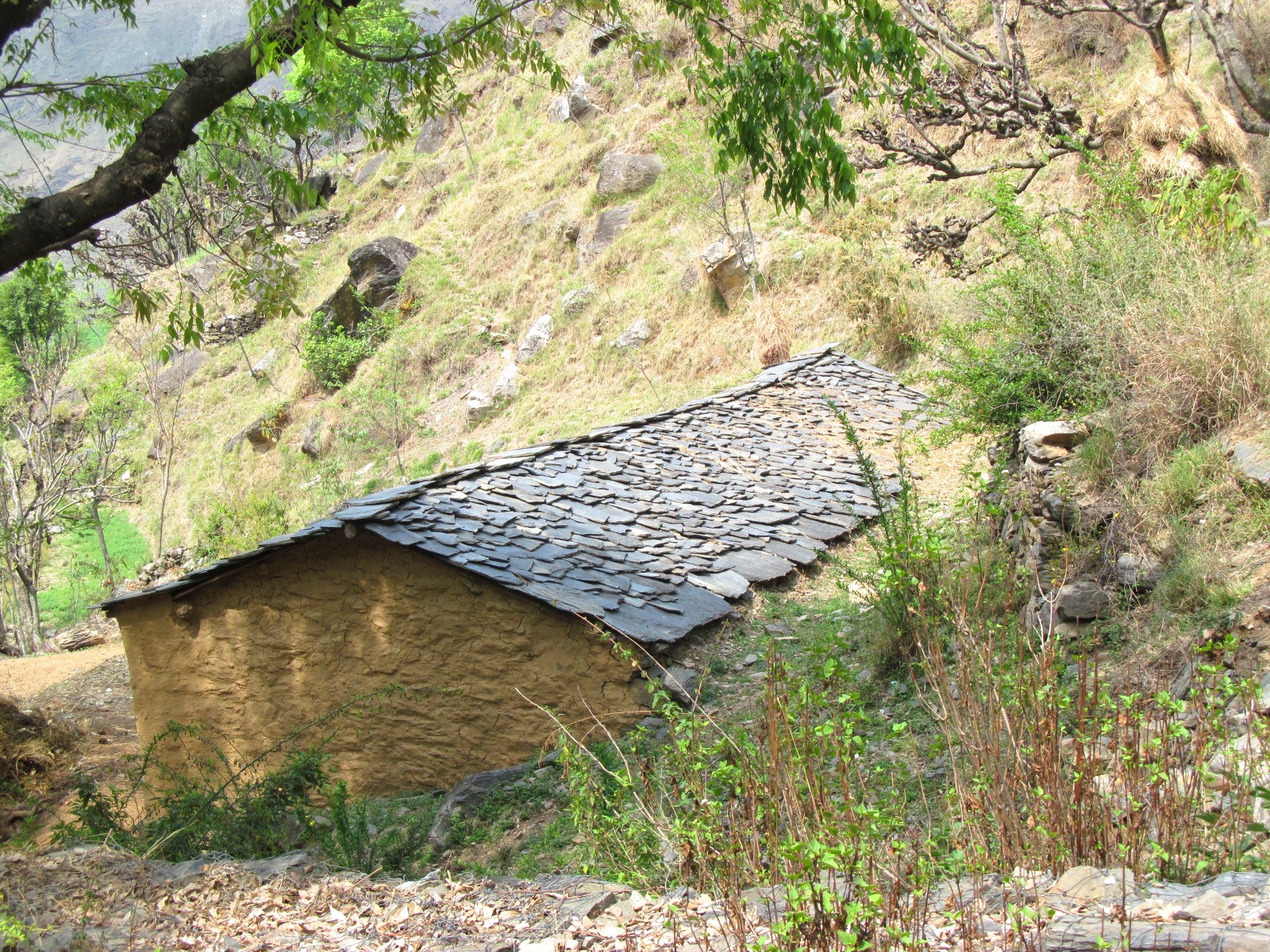 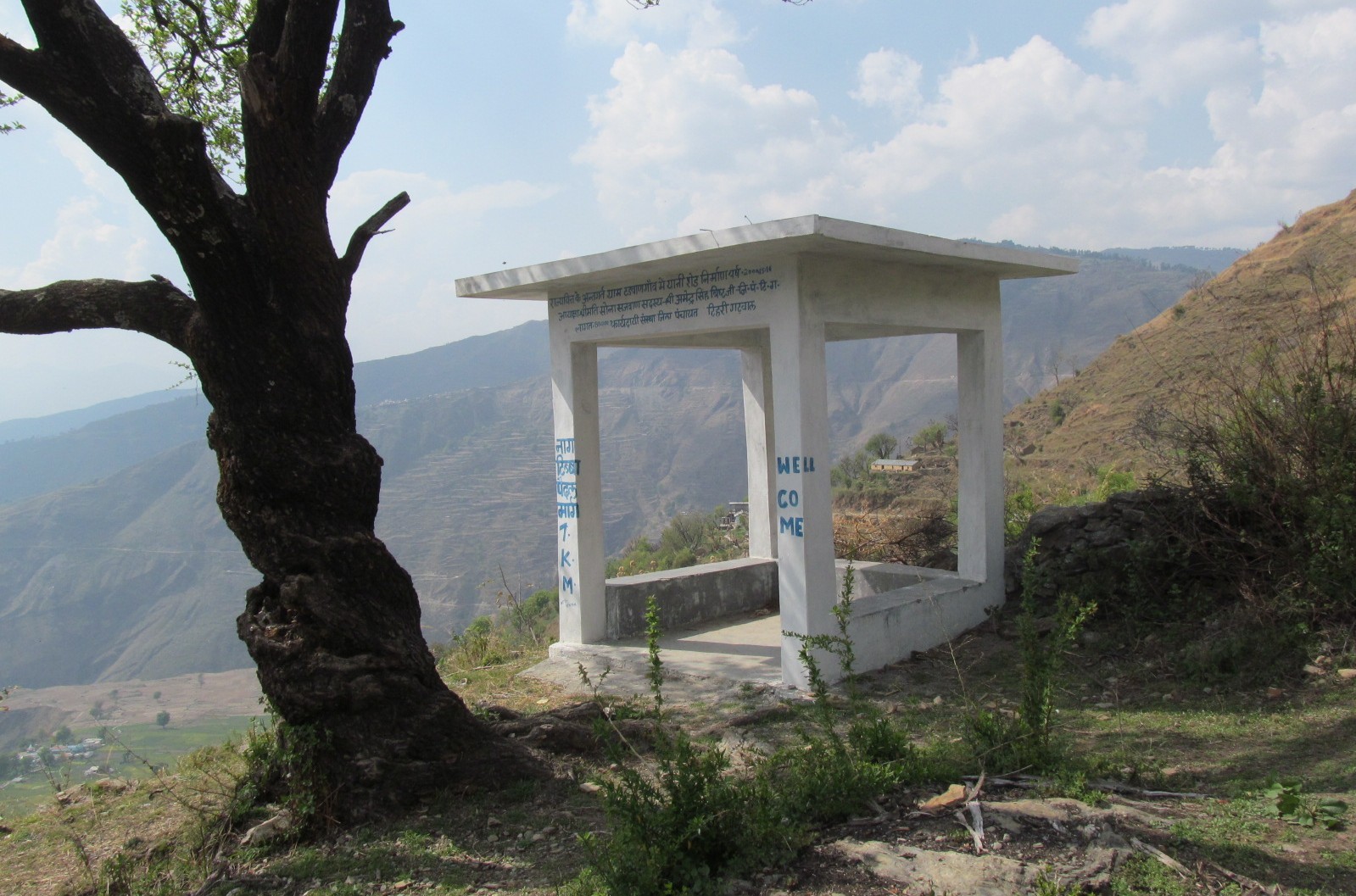 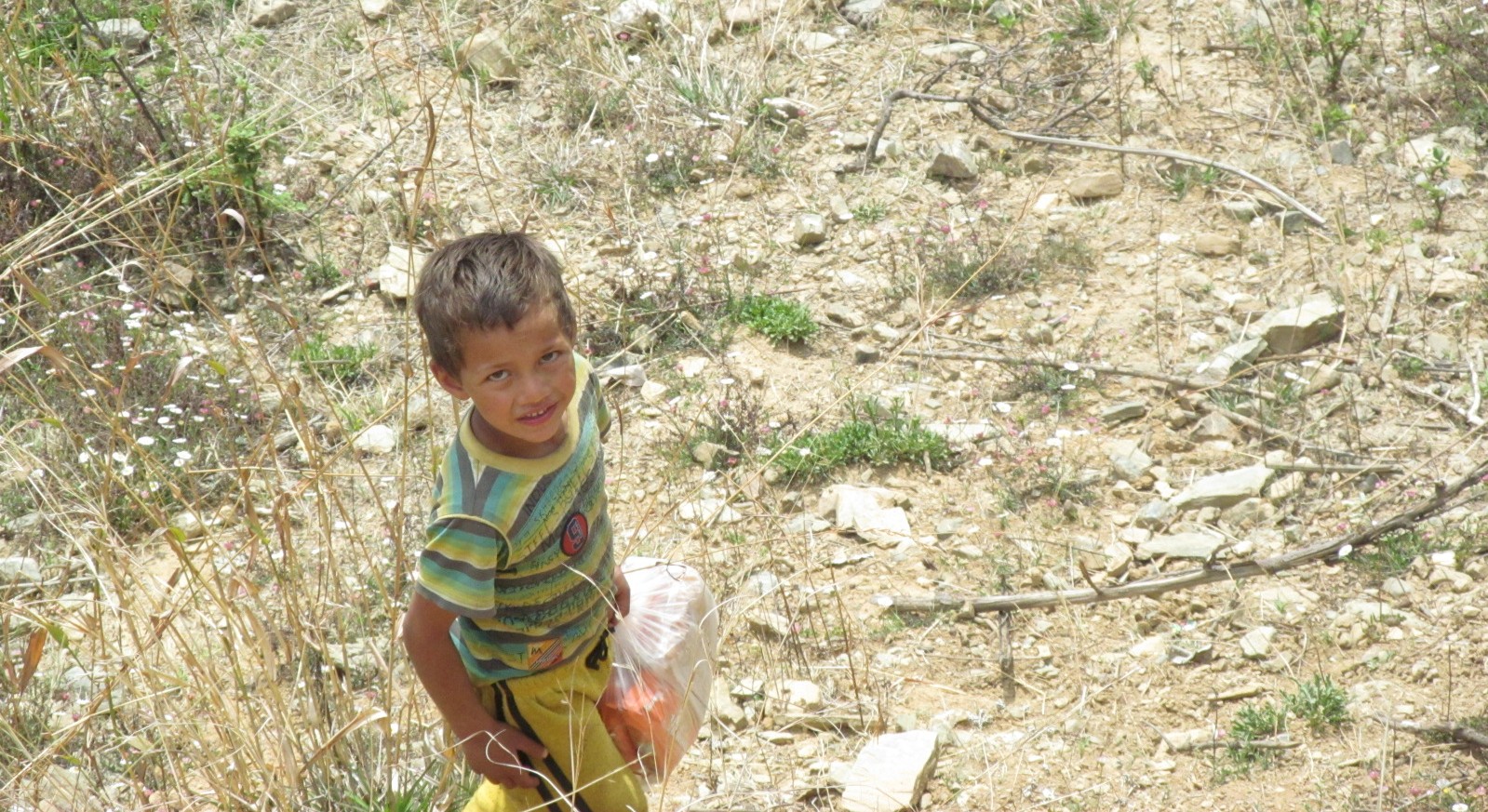 Our Competetion that won

An hour later we joined the Indiahikes team and reached their base camp. There are two base camps in Nag Tibba. The first one is in the midway of the trek ie: 4 kilometers from the village and 4kms from Jhandi (The highest point). The Indiahikes team stopped there and we moved up. We were slightly demotivated as we thought that we have reached the base camp. Our base camp was the second one near the Naag Devta mandir. Crossing beautiful meadows and flowery shrubs after an hour we reached our base camp. 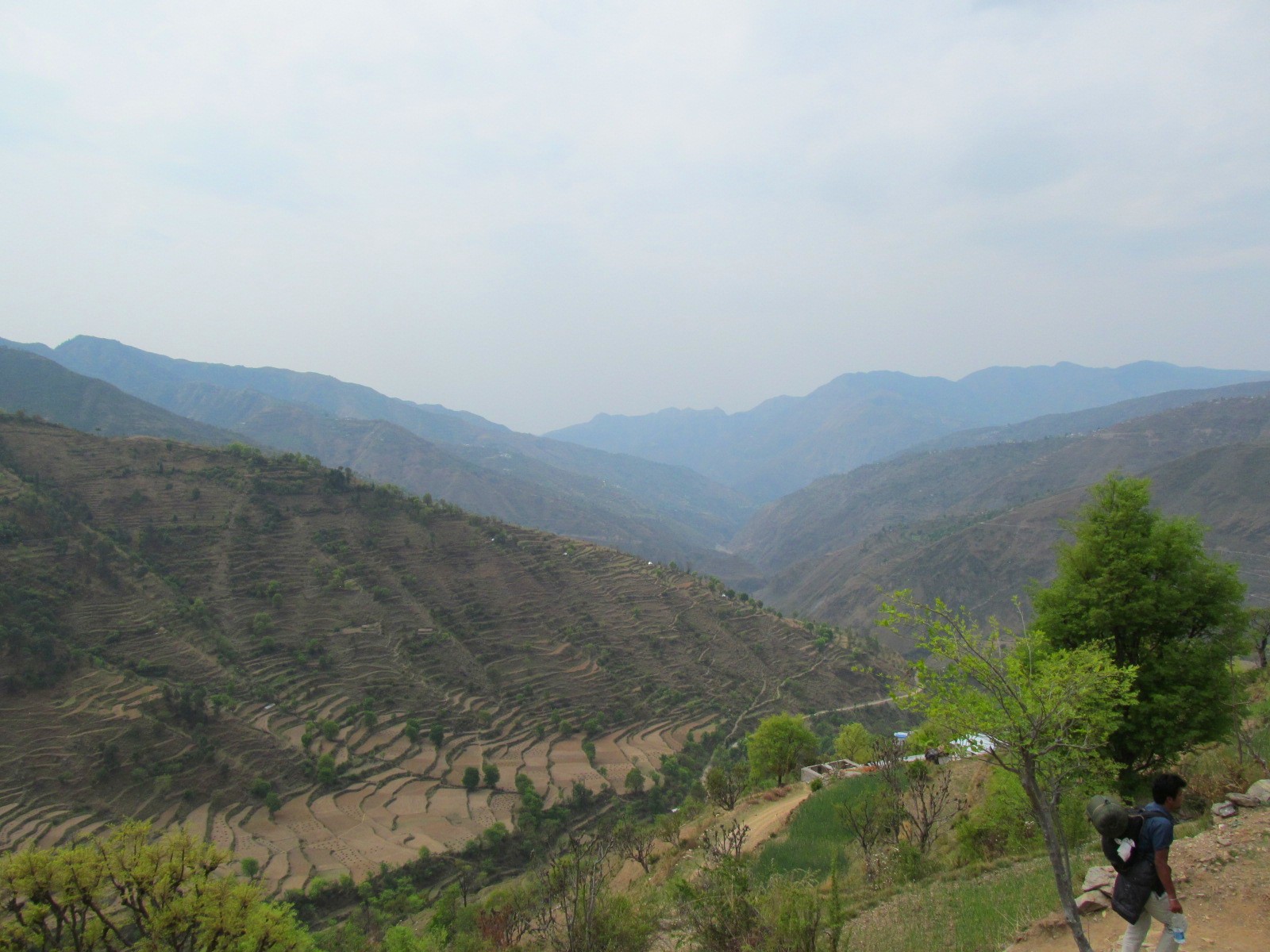 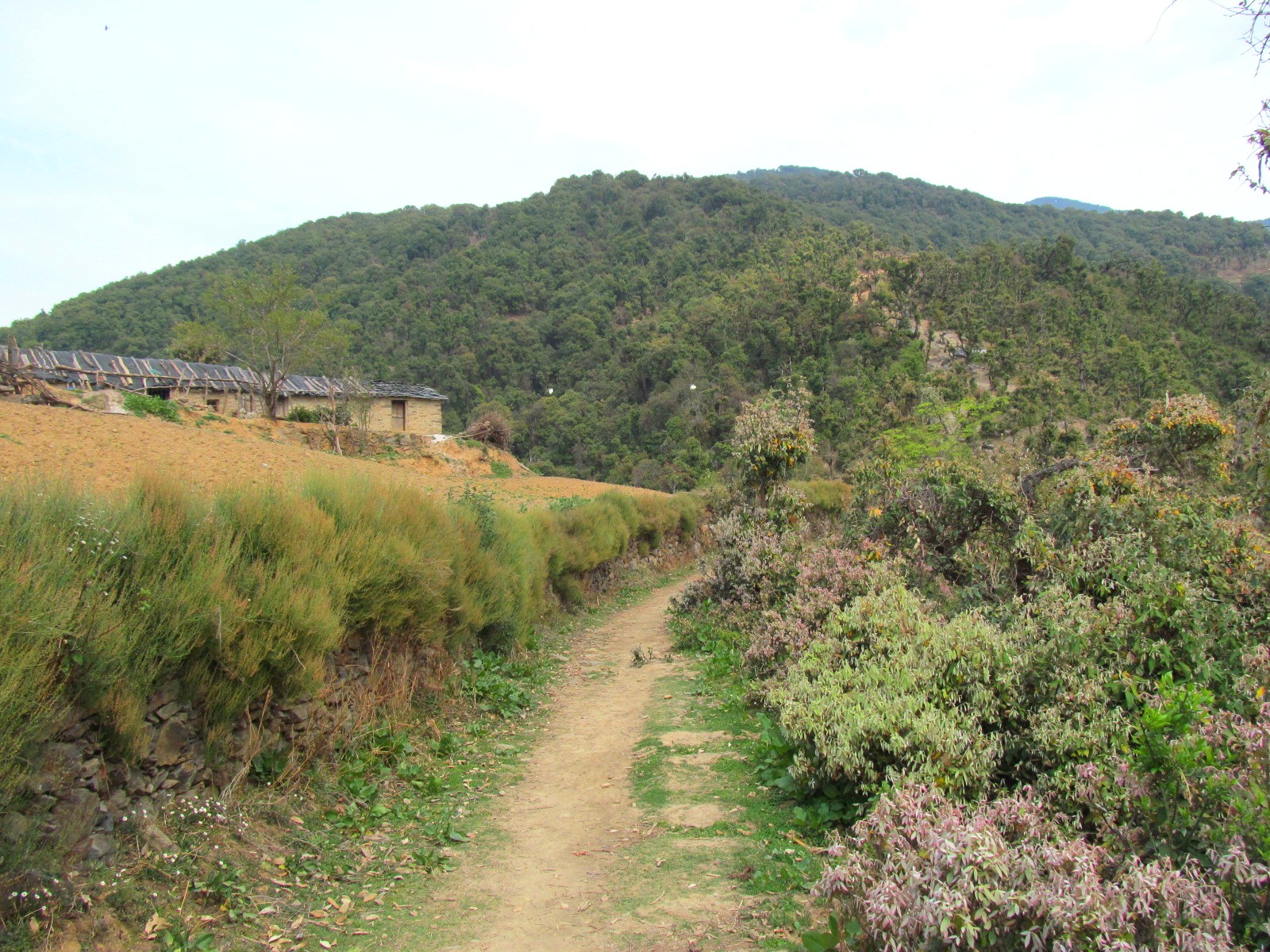 The place already had tents pitched from another travel company and their porters were working on their Dinner. Their tents were a luxury. It was ironic to see how people pay to move from one comfort zone to another comfort zone.

It was around an hour for sunset and we just cannot miss it. Also, we were hungry as hell. We quickly figured out how to pitch a tent and took out the items to prepare some coffee. We collected some dry leaves, twigs and small branches and somehow able to build a fire. In twenty minutes our coffee was ready. With hot coffee in hands and cold winds kissing our ears we rushed to hill to view the sunset and we were right on time. As the sun went beneath the horizon no one spoke anything. It was a pure bliss, a delightful experience, all the fatigue just vanished for a moment. 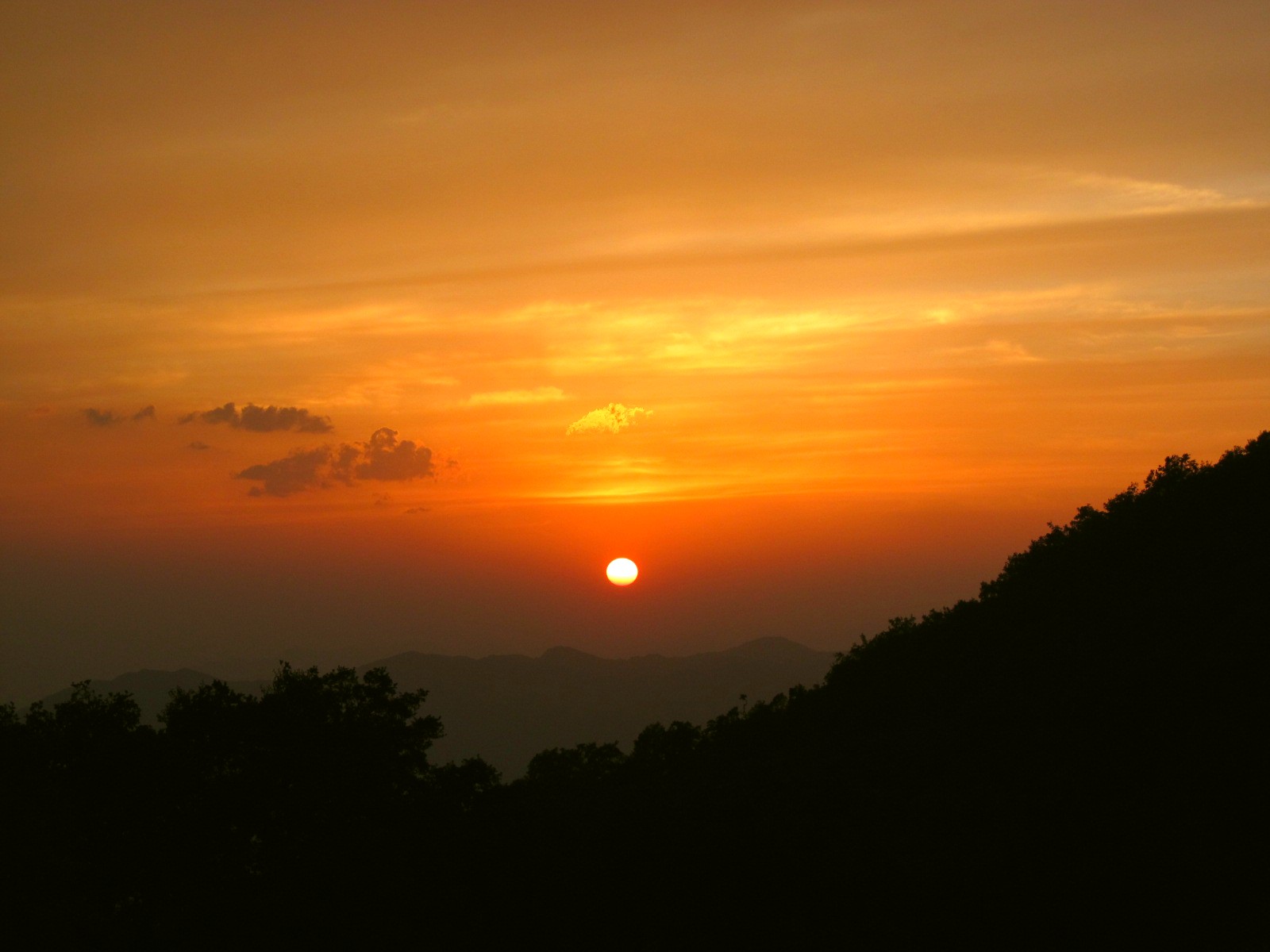 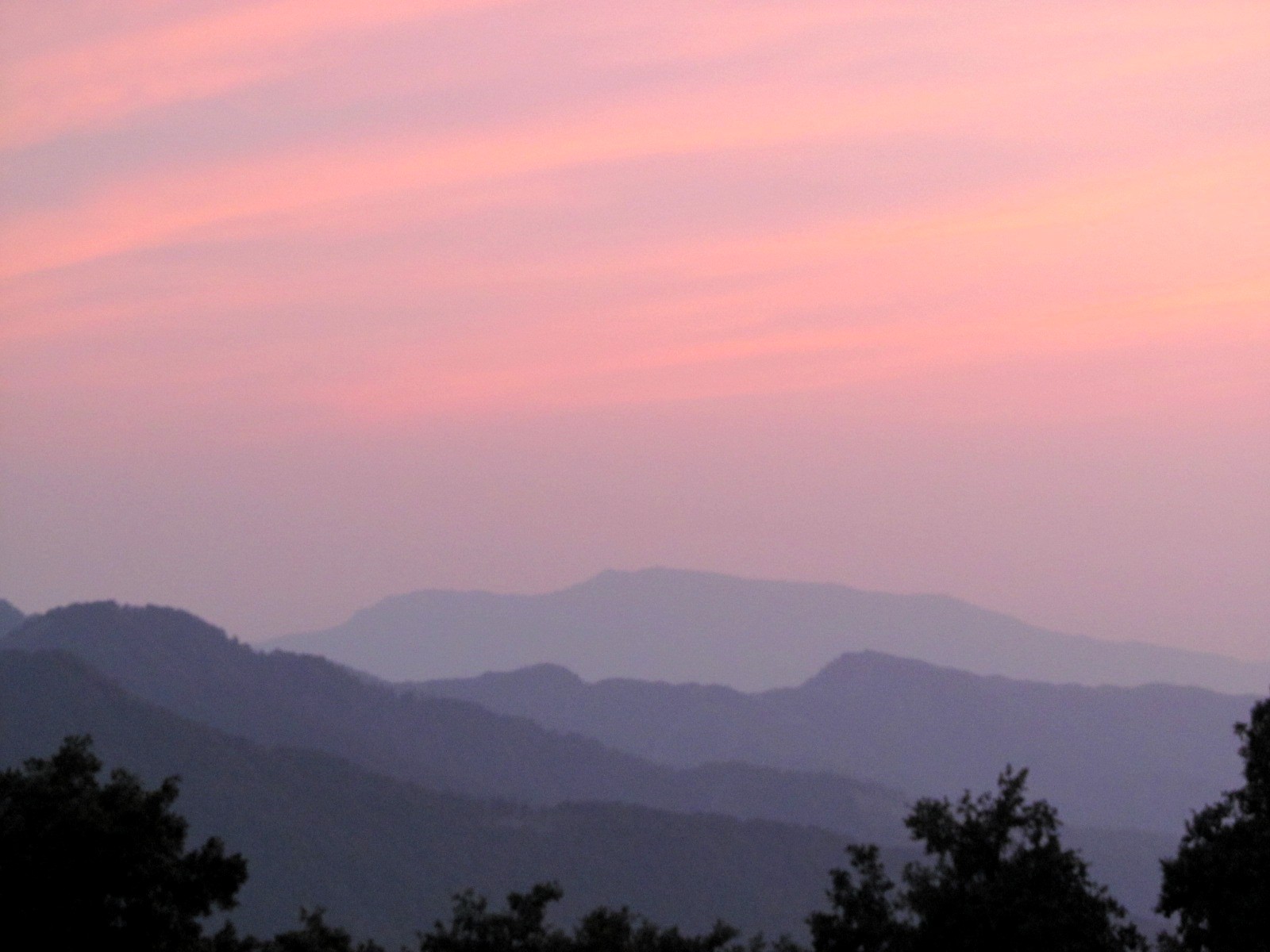 As it grew darker we came down and visited the nearby temple. We carefully filled out water bottles from the well in front of the temple. We visited the other porters and borrowed tea leaves for our morning tea. Then Later in the night, we cooked delicious Maggi and then slept like a baby. 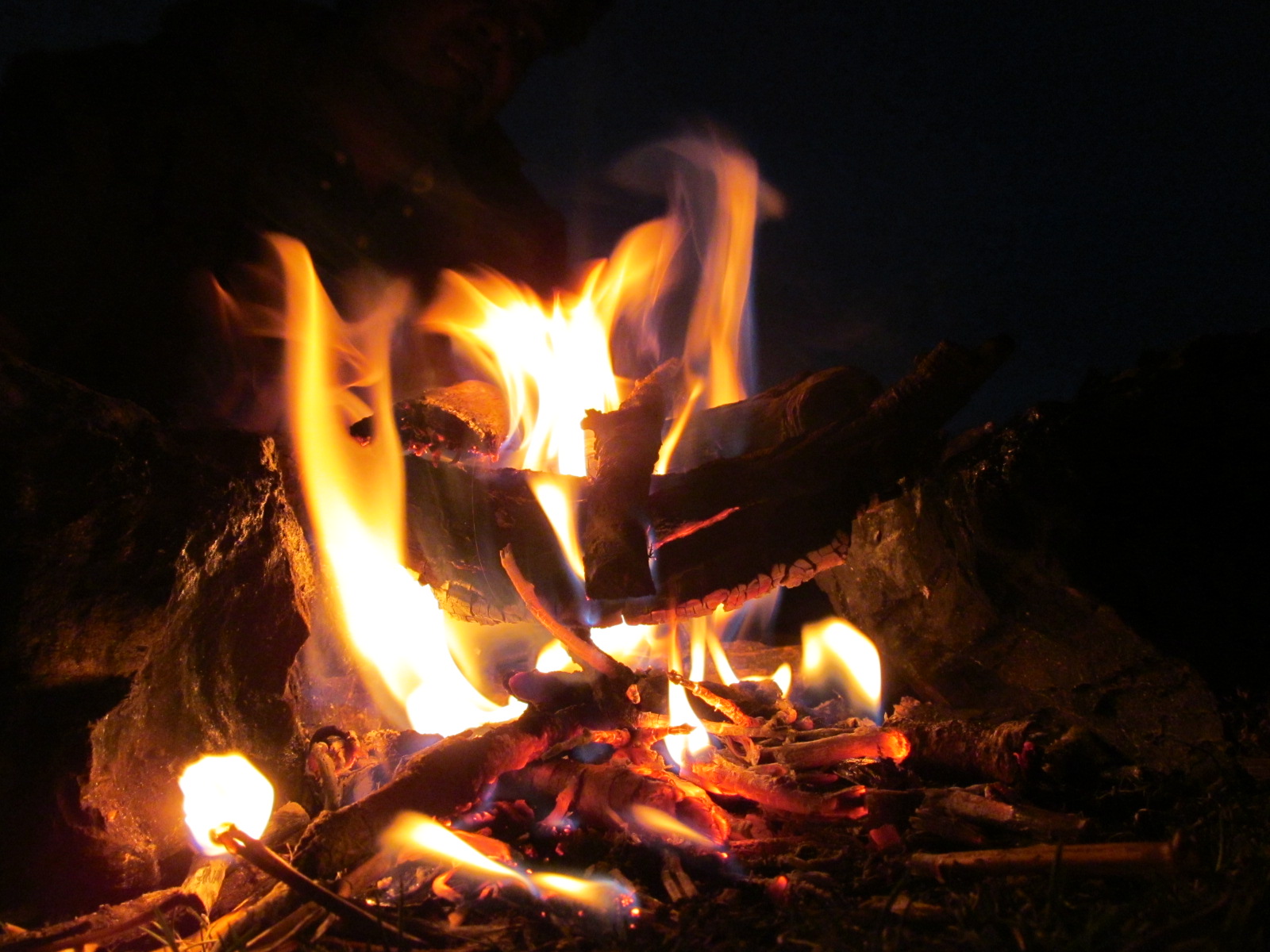 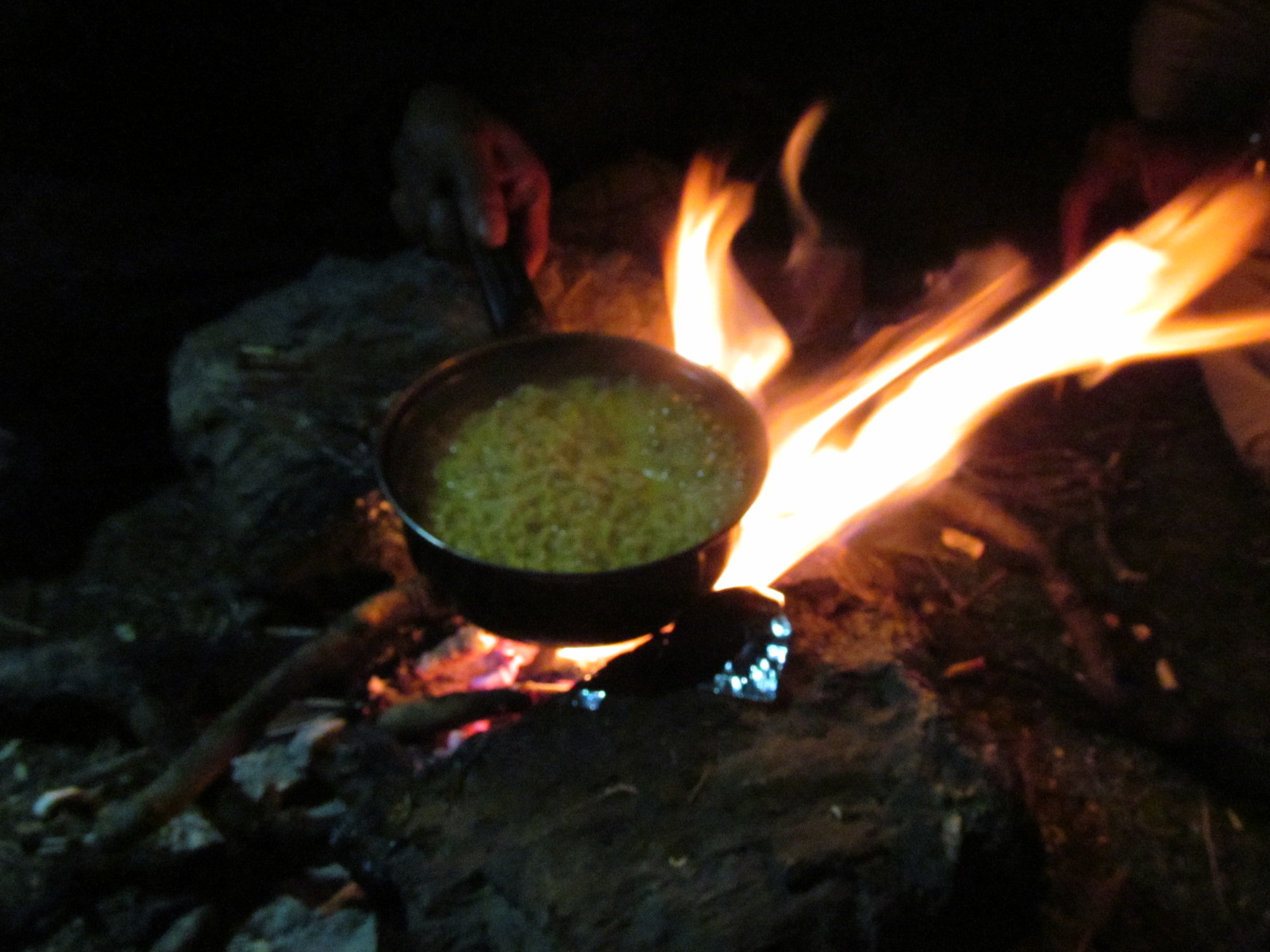 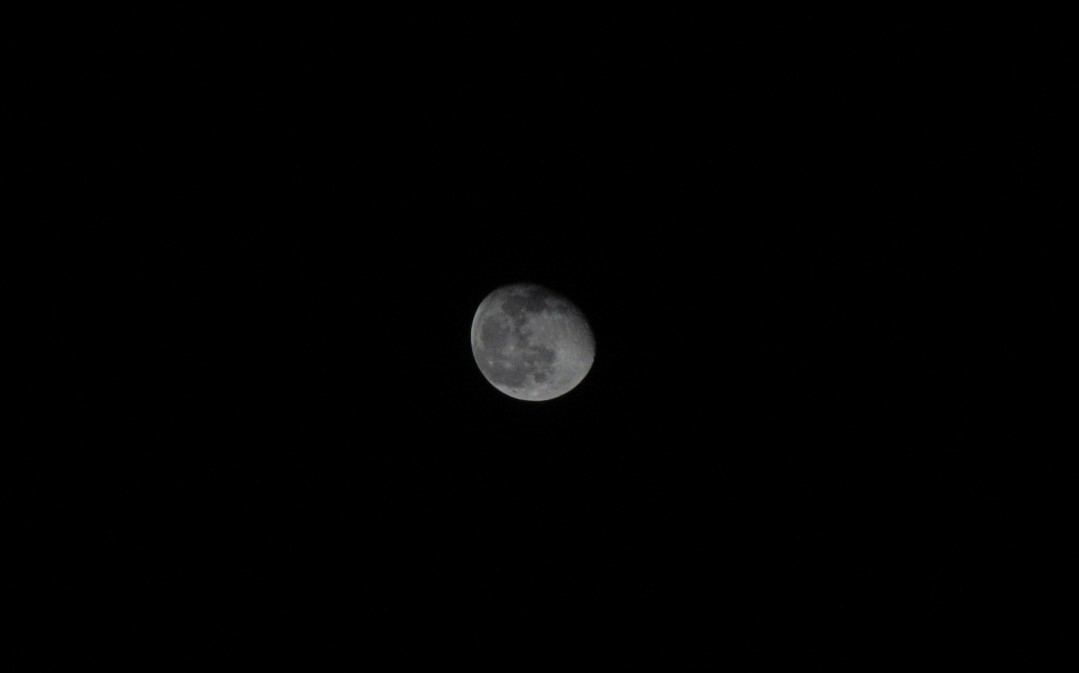 The moon was no less.

Woke up with the alarm of chirping birds at around 6.30 am. Then after packing everything we started our trek to Nag tibba top. This path is around 2.5 km from the base and is very steep. And it can really test you till your Point Break. 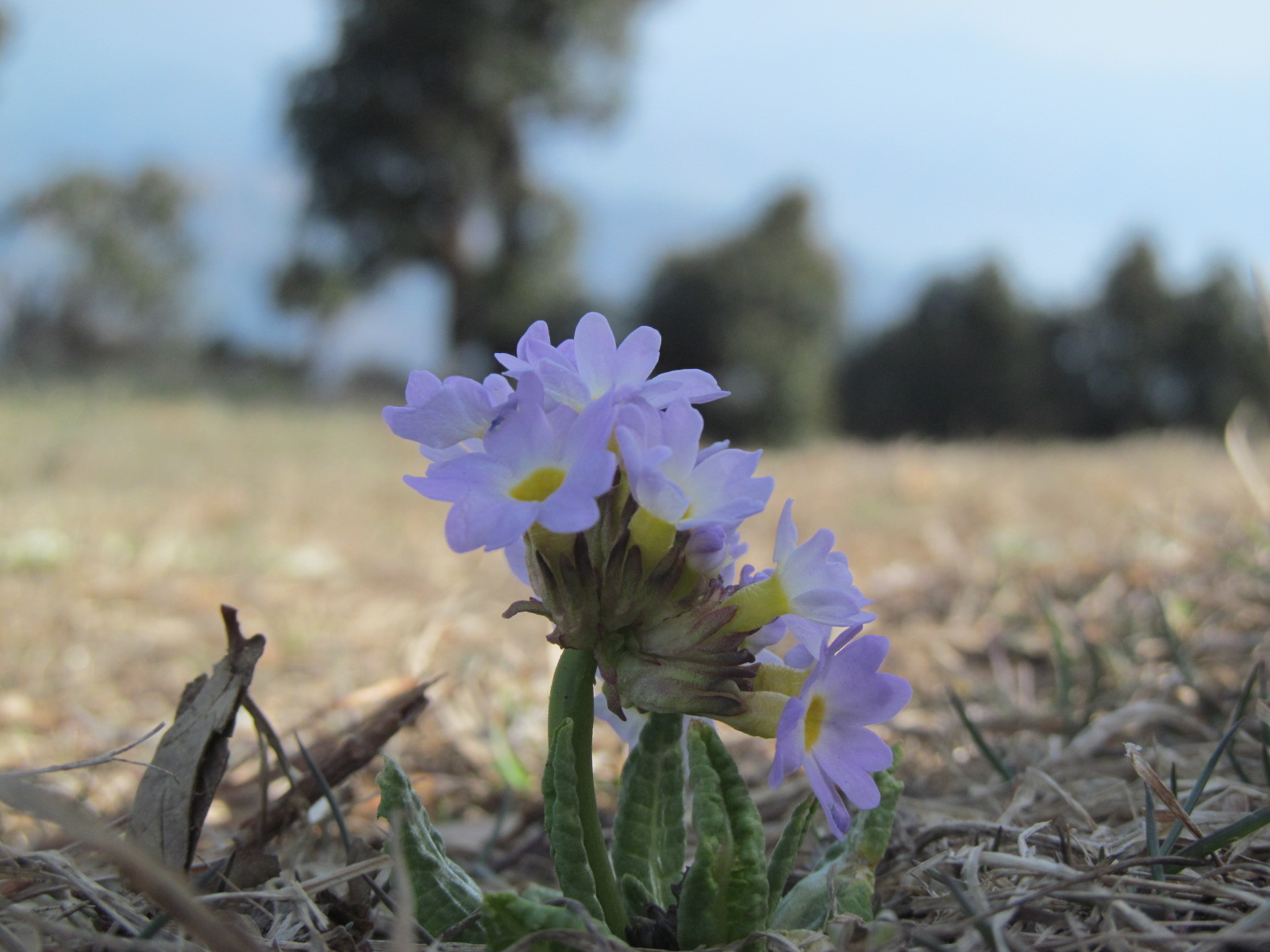 Small Flowers at the Top. 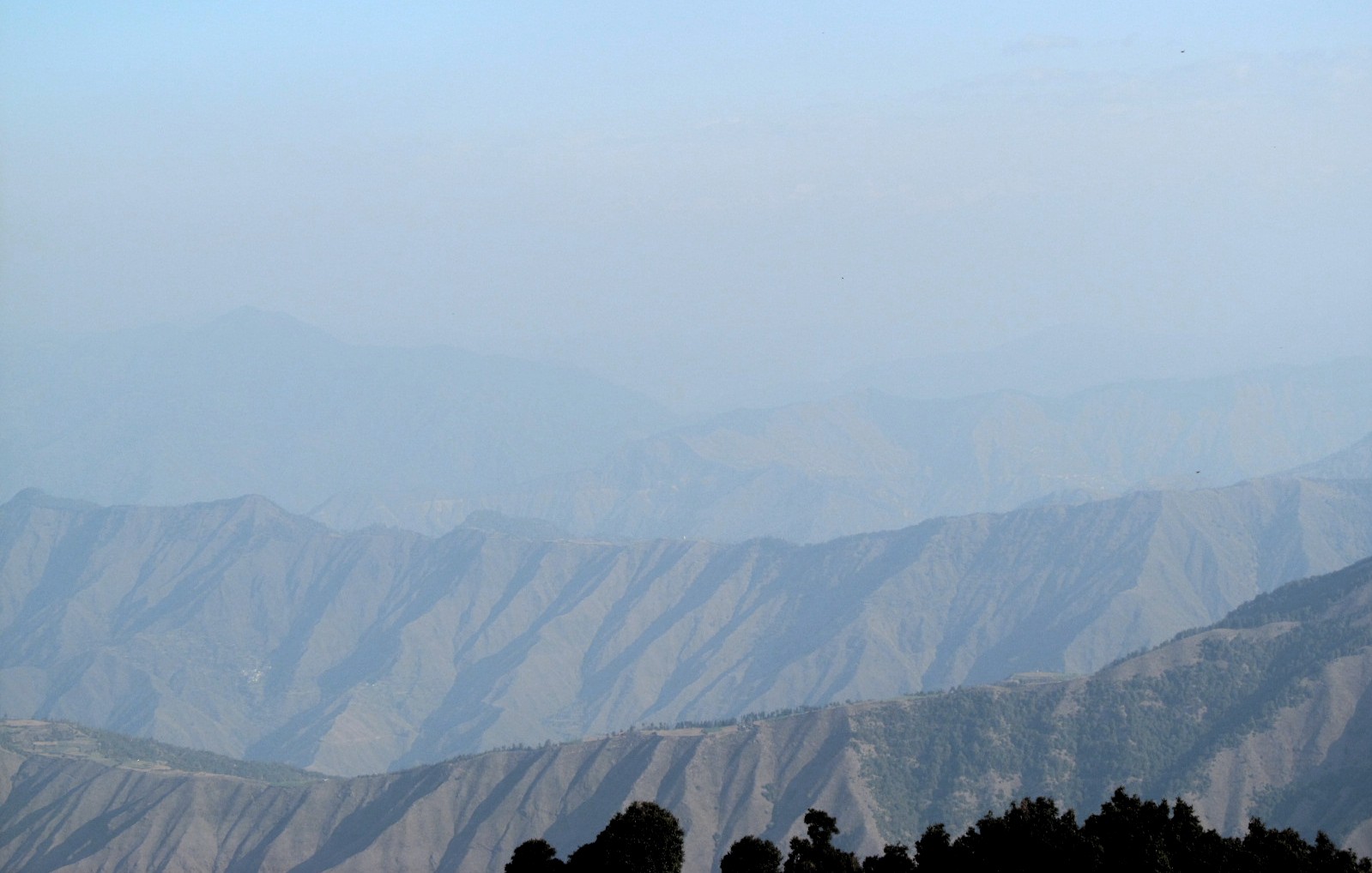 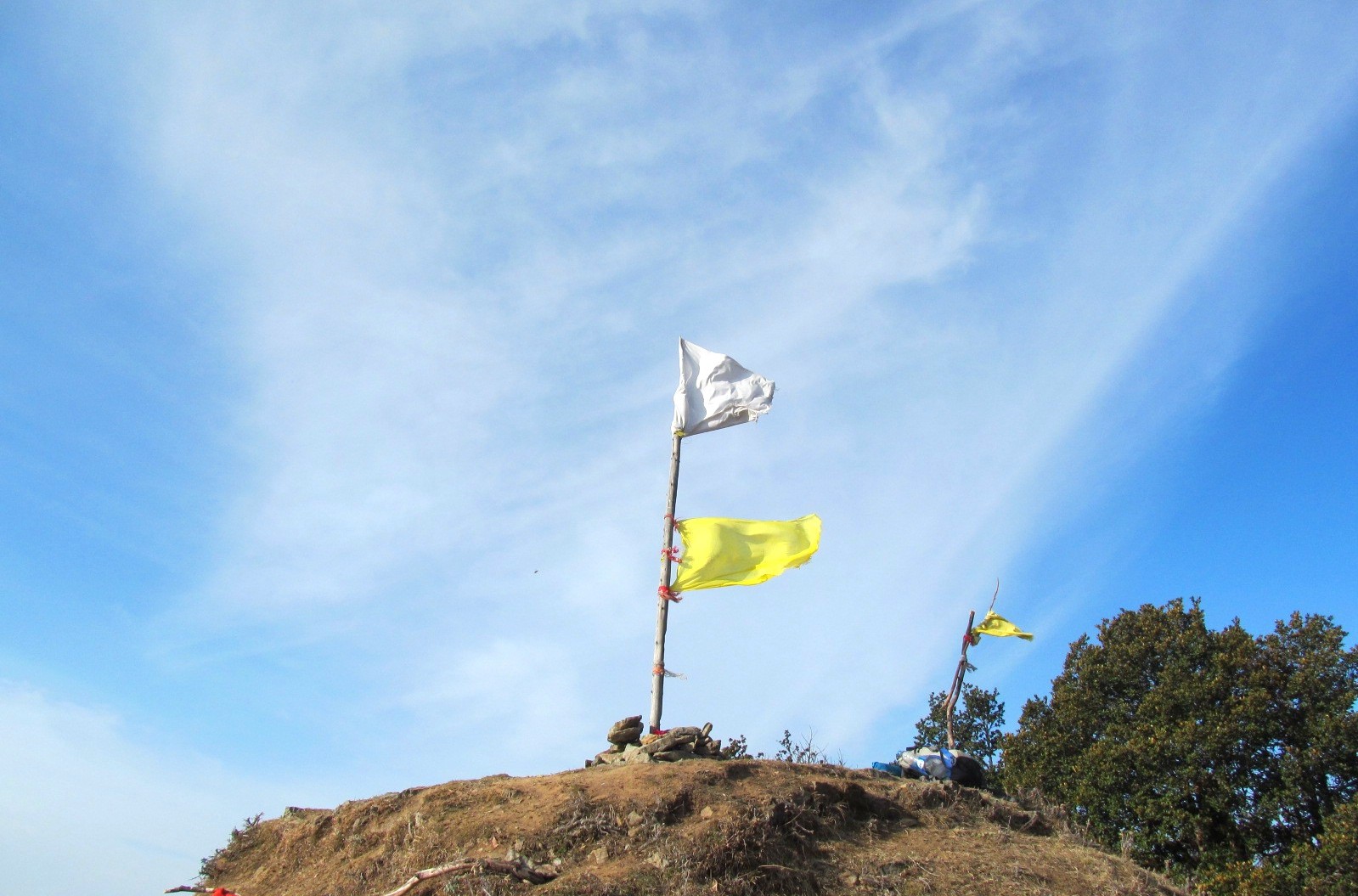 We reached Jhandi at around 8.30 am. At that time, no one was there. We were filled we joy when we reached there. A sense of achievement sparked through our smiles. We clicked a lot of pictures and again collected twigs and dry leaves to light the fire for breakfast. This tea was probably the best tea of my life (Sorry Mom !!). I sincerely thanked my friend for all the pain he put in for bringing the ingredients for this. As we sipped the hot tea we view the bare naked peaks of Himalayas. Swargrohini and bandarpoonch were visible from here but due to cloudy weather I was unable to capture the perfect shot of the peaks. After a fun filled morning, we started to descend down. 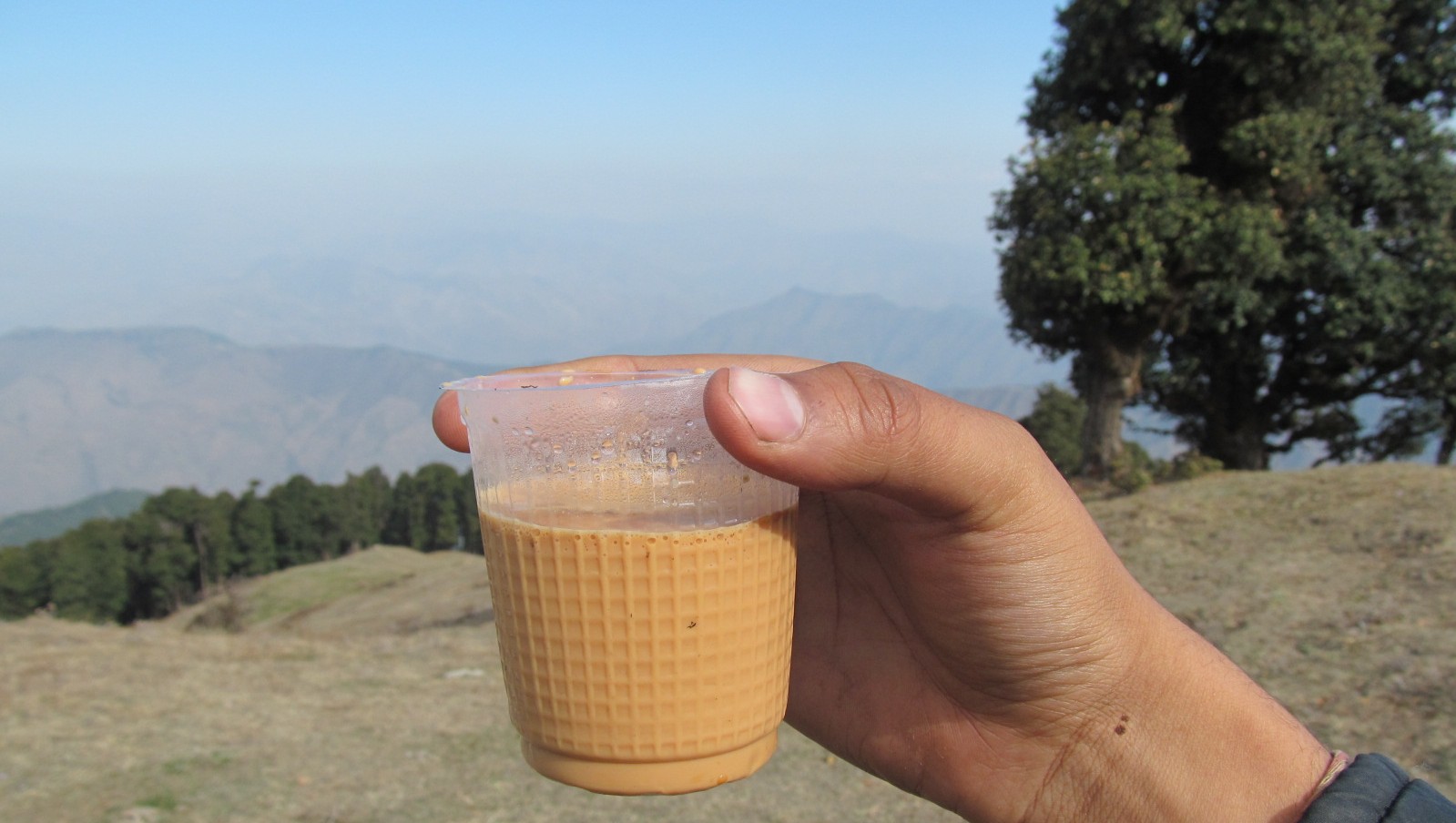 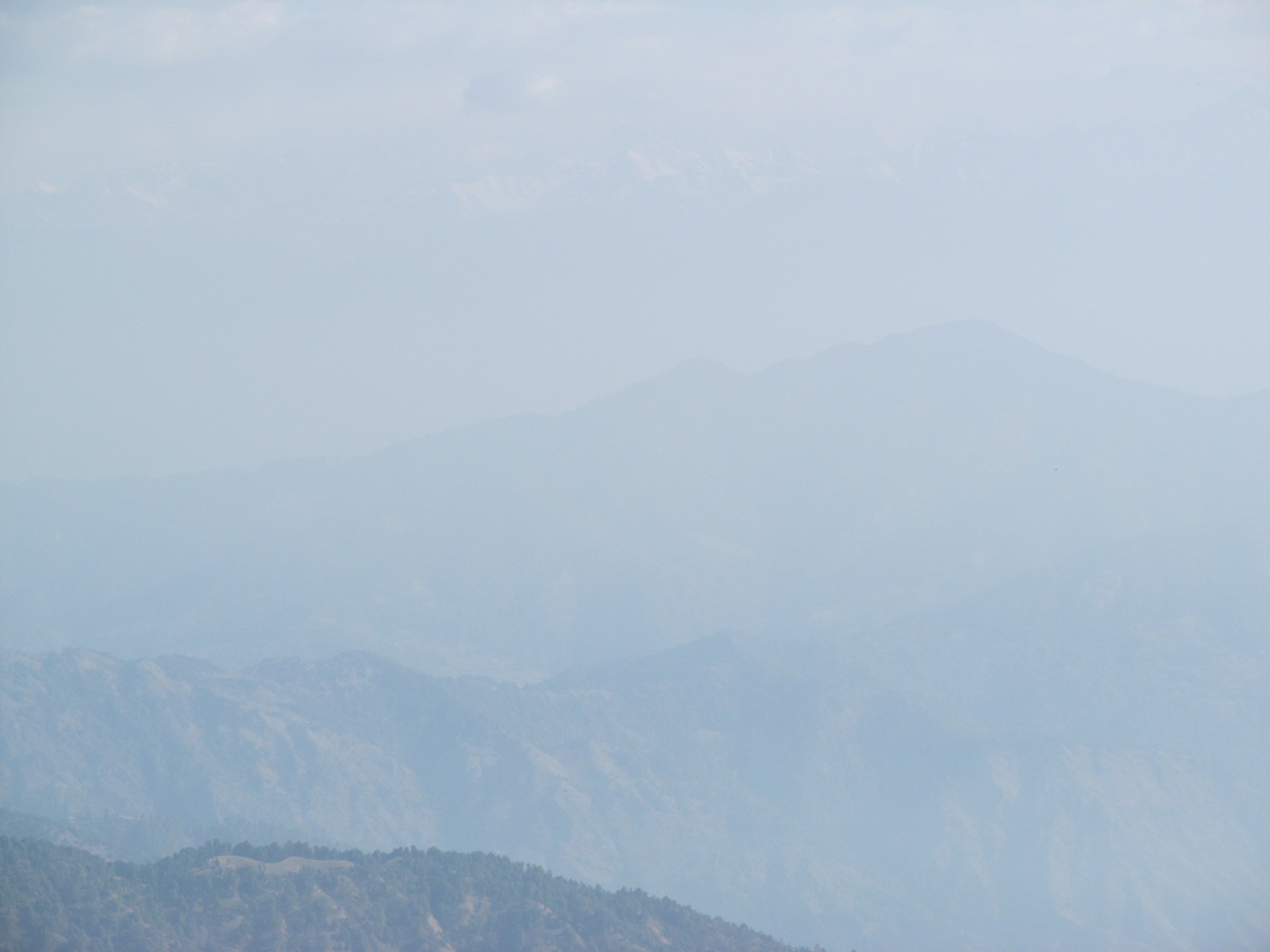 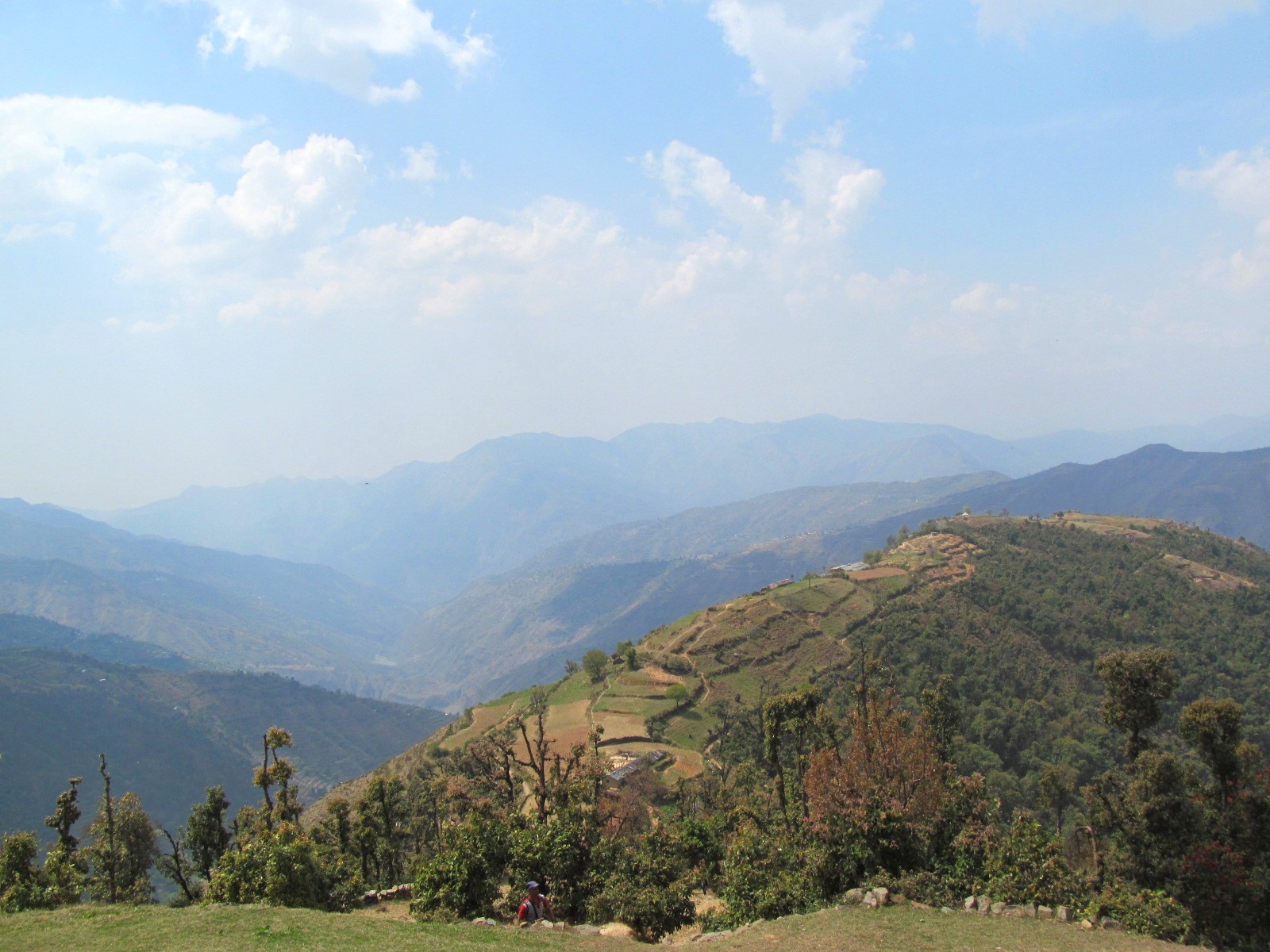 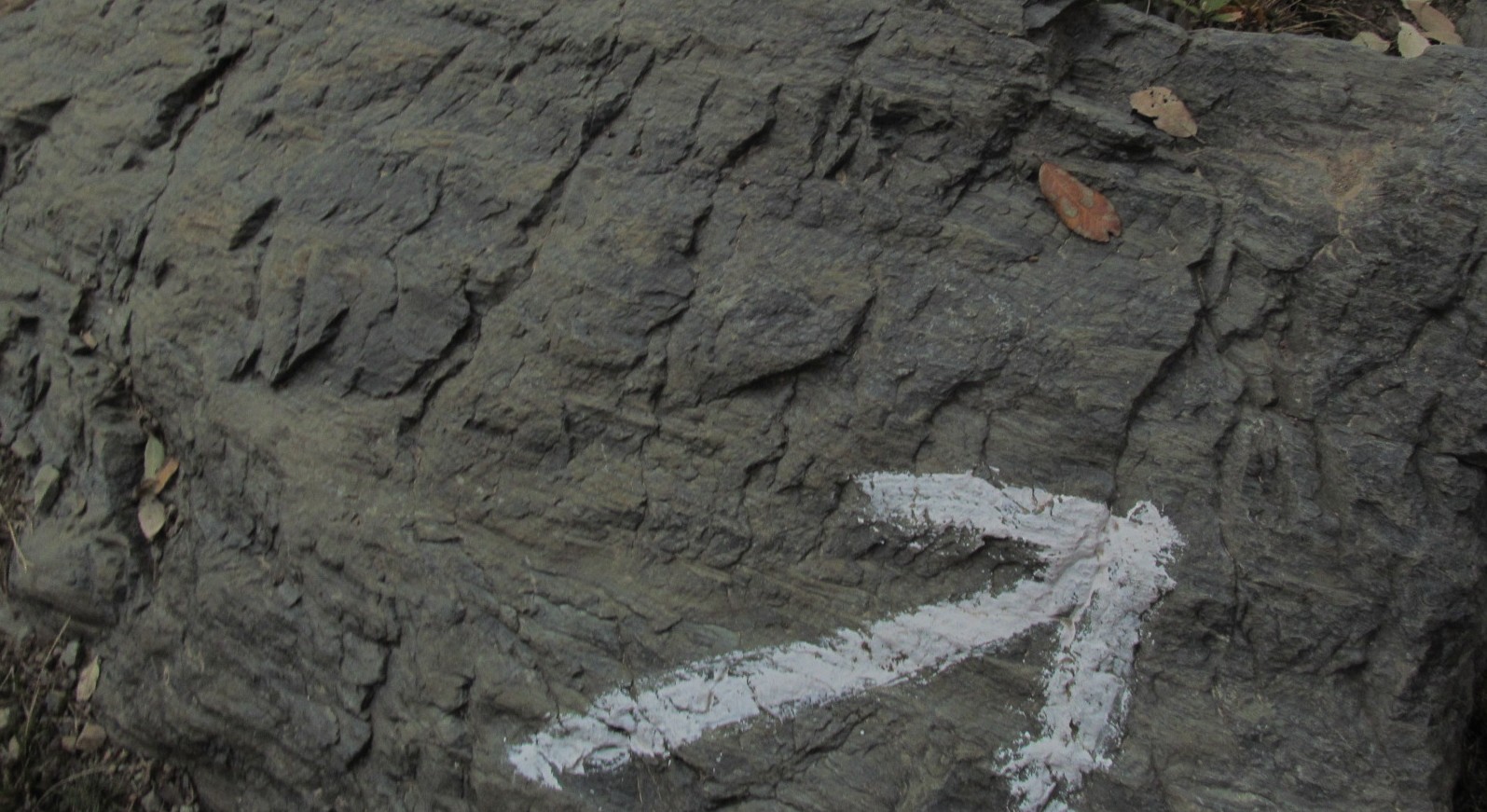 While coming down we met the same trekkers from previous day who were on their way to the top. We came down without stopping as we needed to reach to Pantwari early to catch the sharing ride back to Nainwal Village. But somehow we missed the original trail and went to another path. We knew that the village is approximately 9 km from the top and we have already walked beyond that. After a while, we found from a local that we are on a wrong track. The fun began now. We were out of the water and didn’t knew where we were heading to. We hopped from the field to field and managed to get back on the main trail. As someone has rightly said “Getting to the top is optional. Getting down is mandatory”. With dead legs, we finally reached the Village. 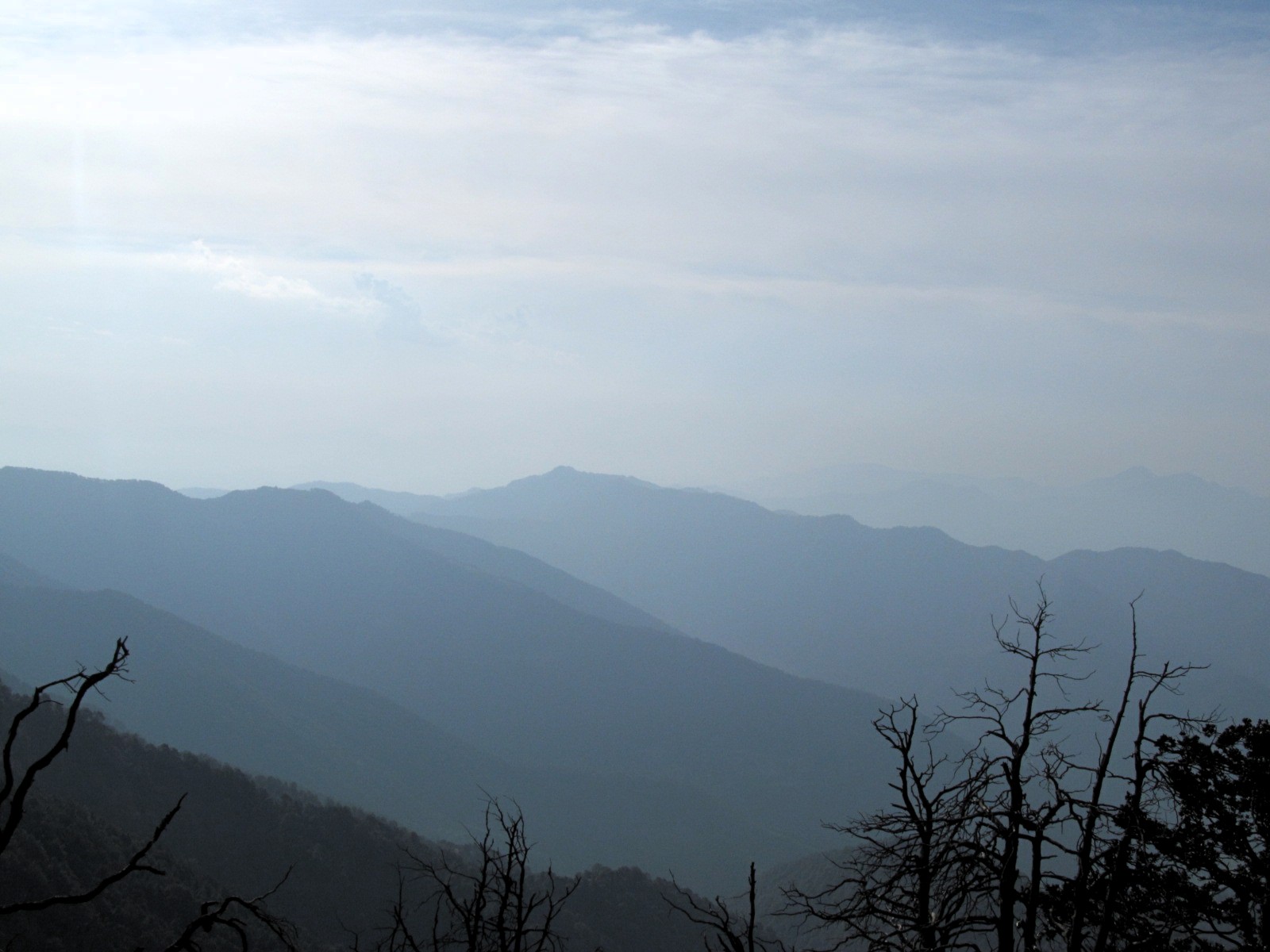 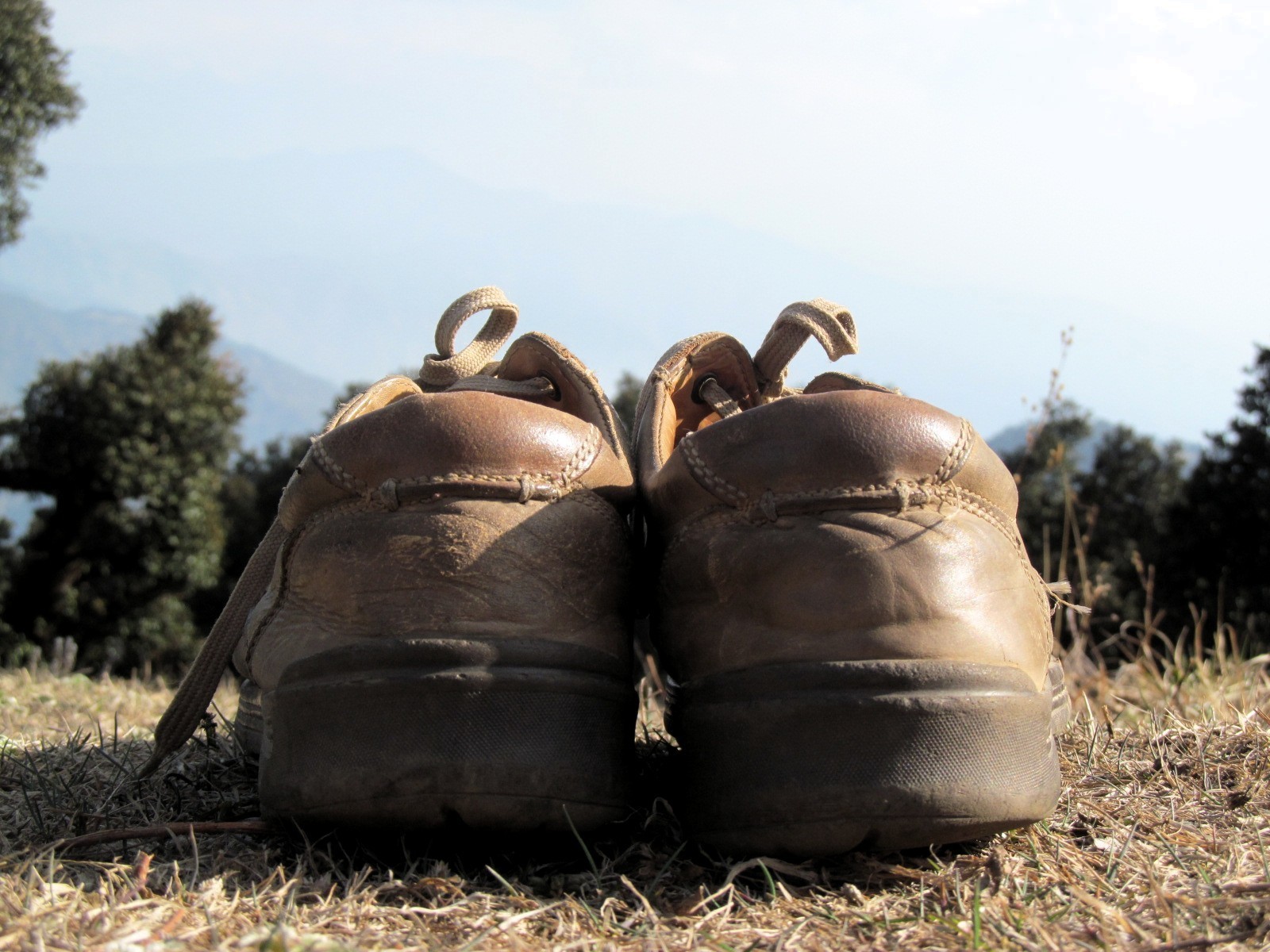 Goodbye Shoes. You were Badass.

At the village, there was no local transport back to Nainbag. We sat for tea and told our quandary to the shopkeeper. He told us to wait for some trucks that go back to Nainbag.After 15 minutes we saw 2 traveller buses coming back. These were the Indiahikes travellers. Since we had already talked with them during the trek we asked them to carry us back to Nainbag. At first, the driver disagreed but the fellow trekkers helped us. Then again travel storytelling started. I hope you guys are reading this, who asked for my blog :D. 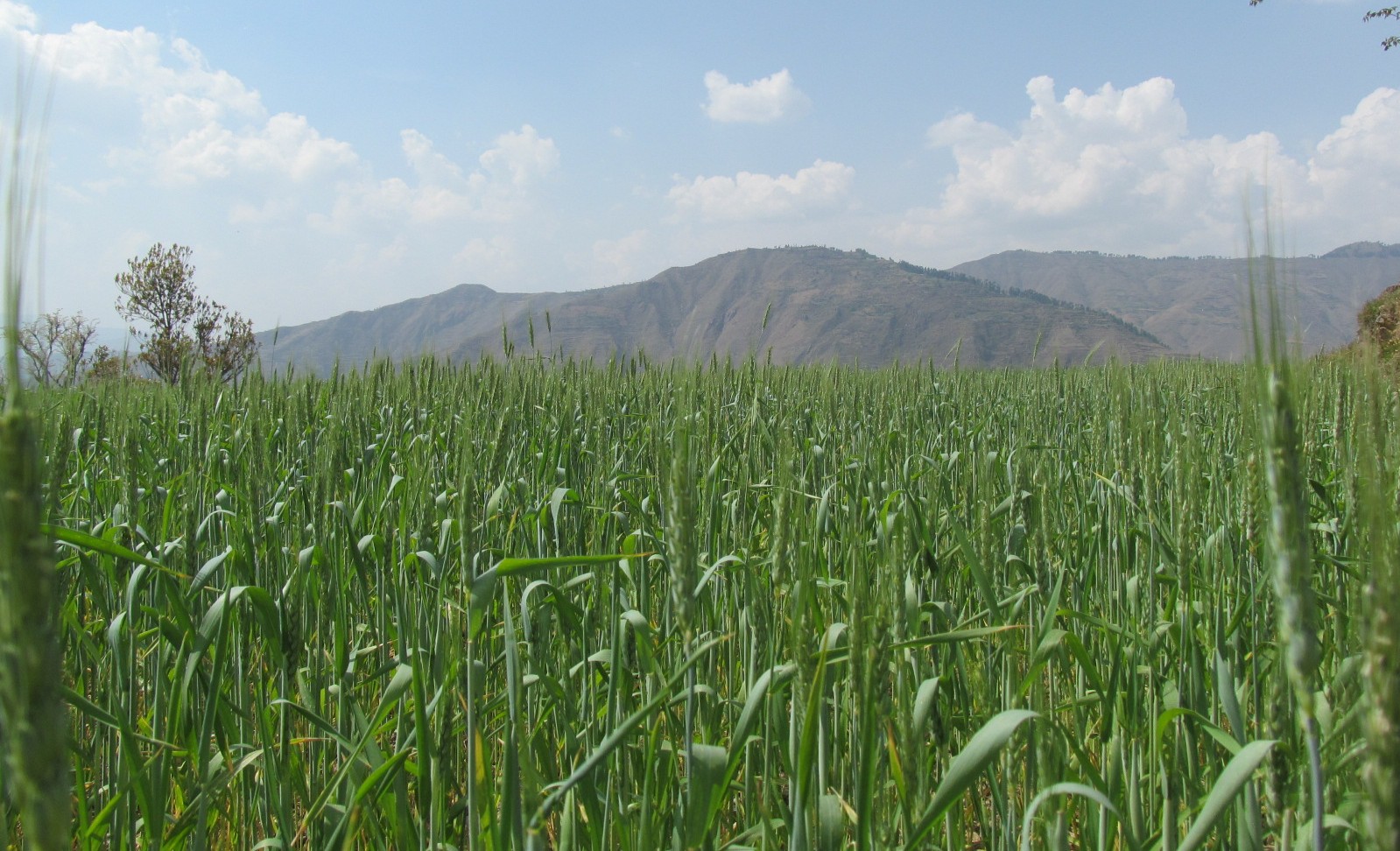 A few km from Dehradun one of the traveller’s accelerator failed and were thrown out of the good vehicle to this one. We waited for 30 minutes for the brakes to cool down. And then we stared at a constant speedometer till Haridwar. We reached Haridwar at around 11.30pm and again missed my train back to Delhi. So I hopped on a public bus and reached Delhi at 6am sleepless.

But the pain was worth it. Except a few Muscle, everything is fine.