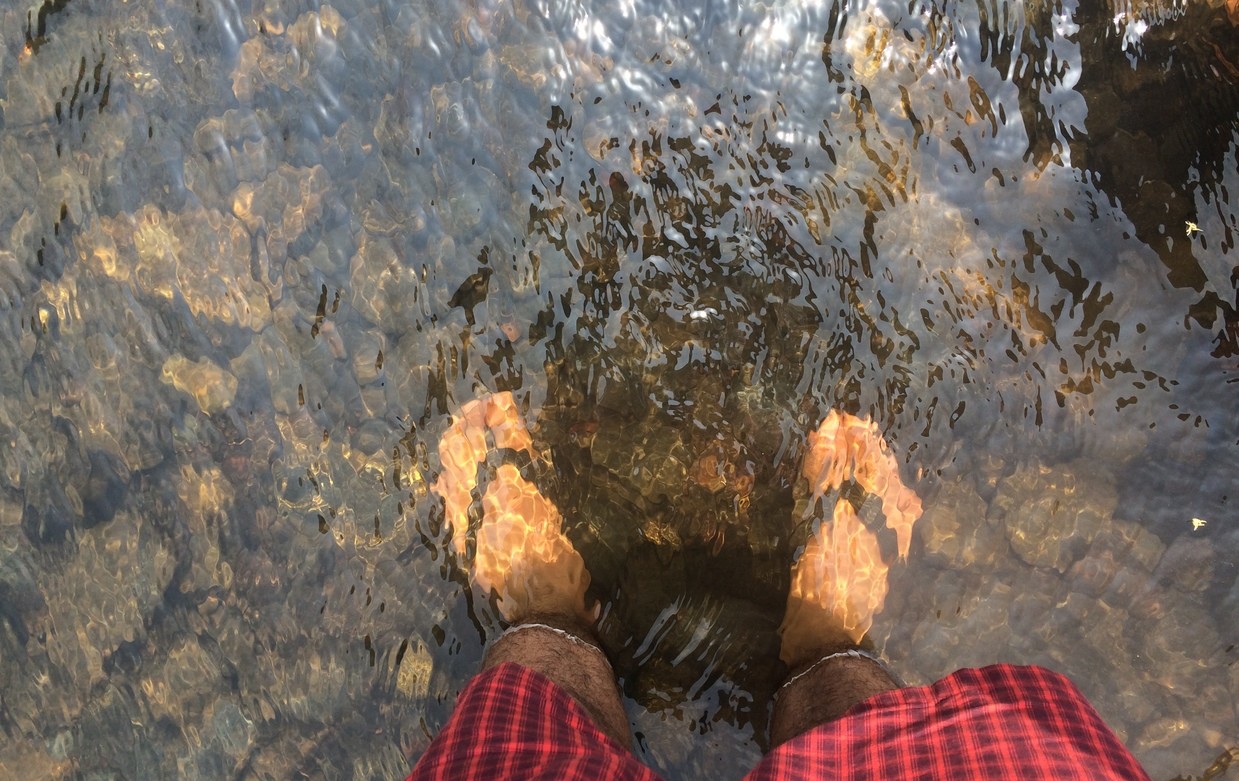 Afte the Goa Plan, I had a free day to explore the state. Some of my friends told me not to forget to visit Dudhsagar falls. Dudhsagar literally meaning sea of Milk is a four-tiered waterfall located on the Mandovi River in the border of the Indian state of Goa and Karnataka 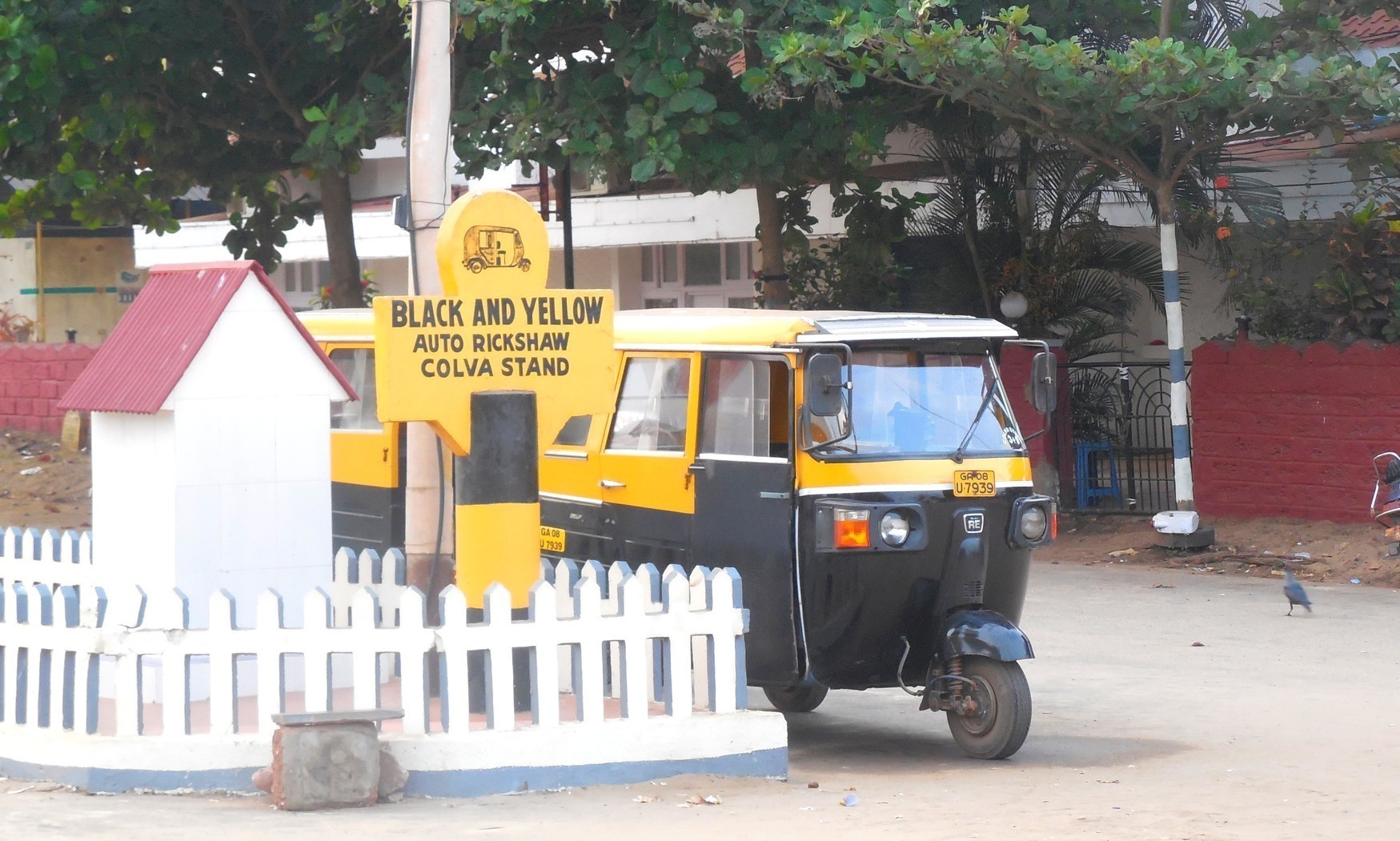 Taking auto from the stand

According to the localites the full glory of the falls is seen at the time of monsoons. But still to me the fall on the Month of April was no less glorious. 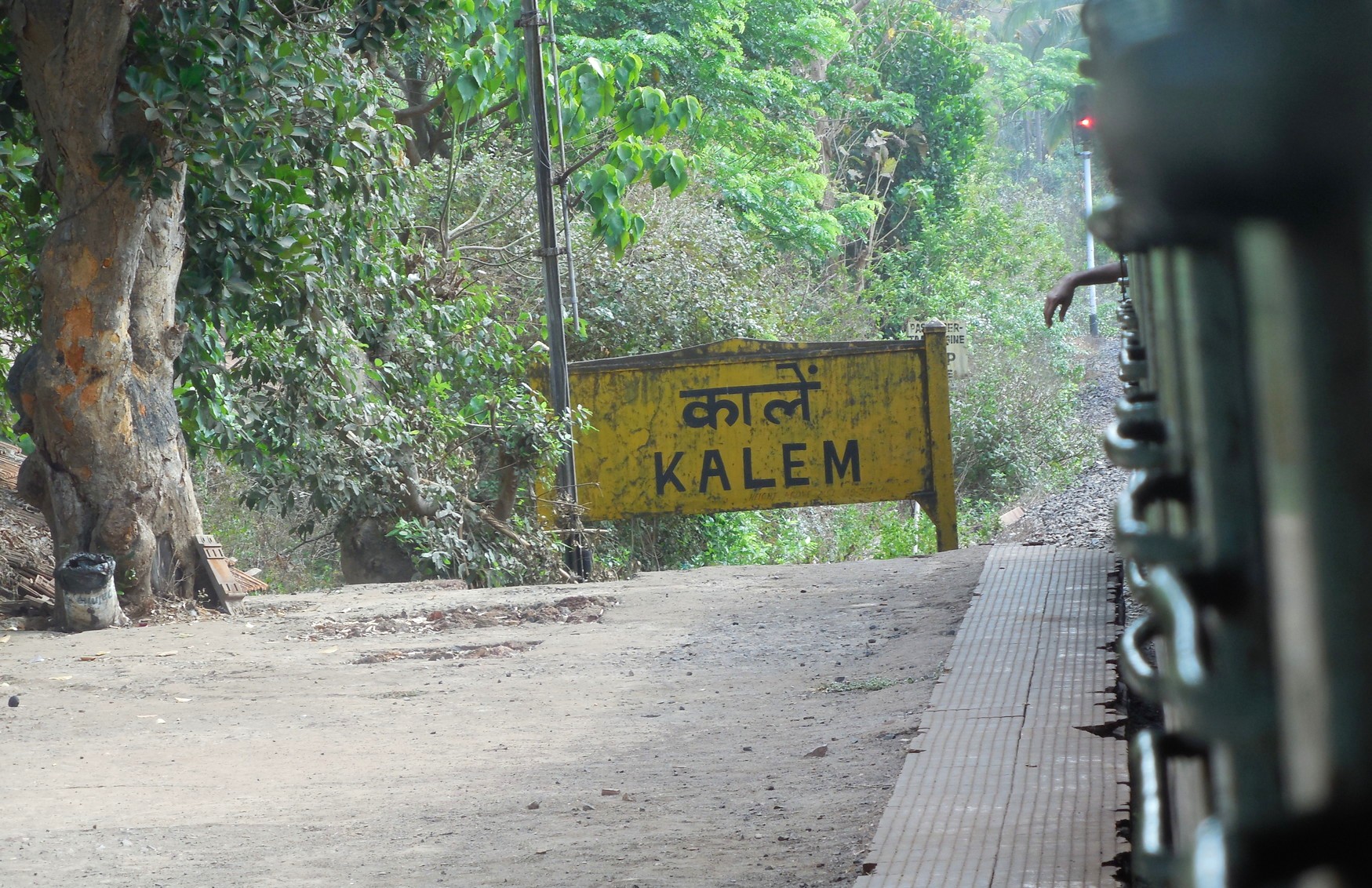 From the interwebs, we came to know that the Trek for Dudhsagar from the rail route is closed. So we started from Margao Railway station. We boarded the first Local train to kulem at 8 am. The railway journey from Margao was thorugly enoyable. We reached Kulem at around 10 am. In Kulem there is a strict but good procedure to get to the falls. We were required to book a taxi to the falls. The Taxi costed us around 450 rupees plus 30 rupees for the life jacket. The journey from the taxi passed via Mollem national Park. The roads were patchy which made the journey pretty uncomfortable but this discomfort had a delight of its own. 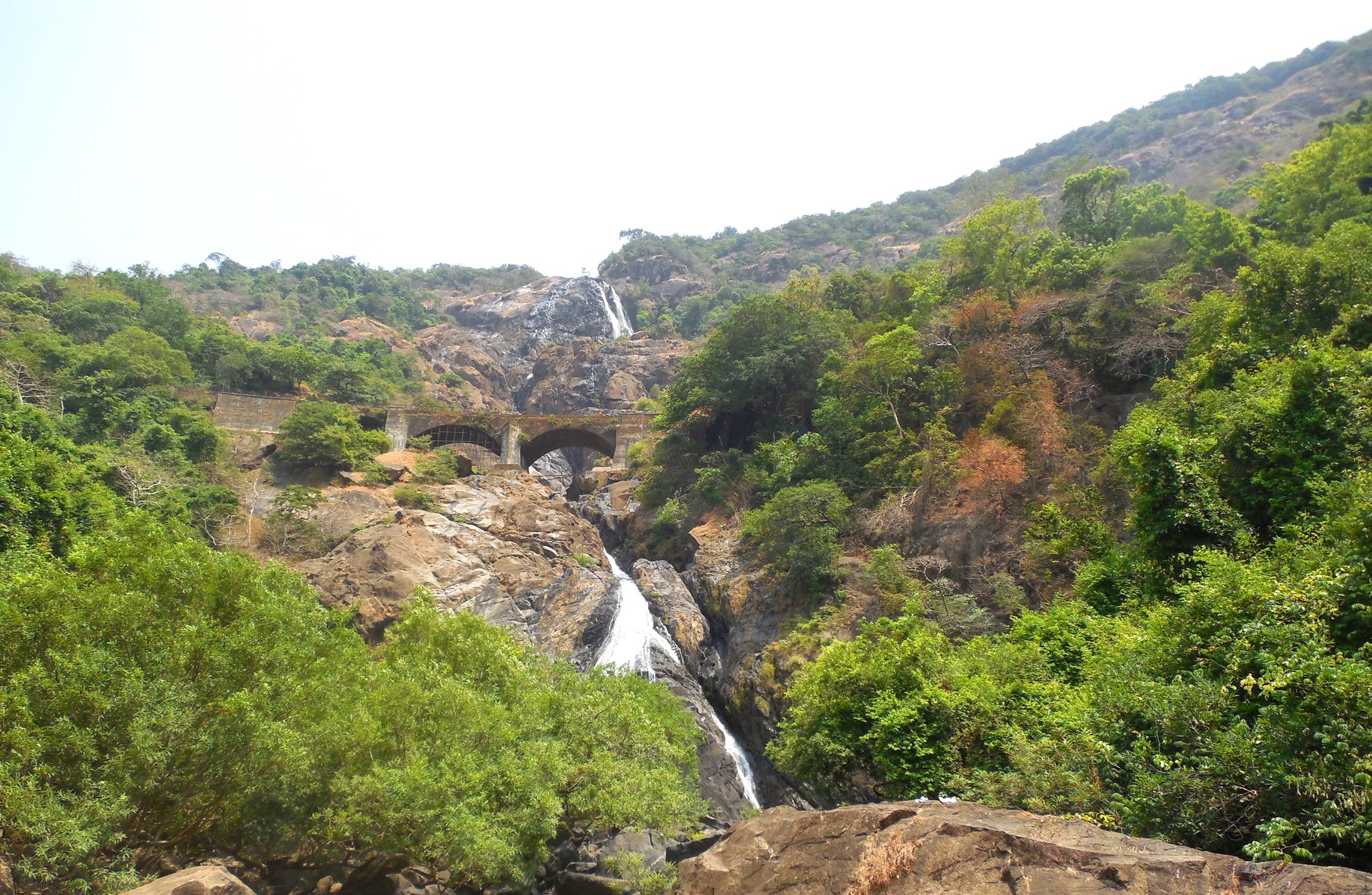 First view of the falls 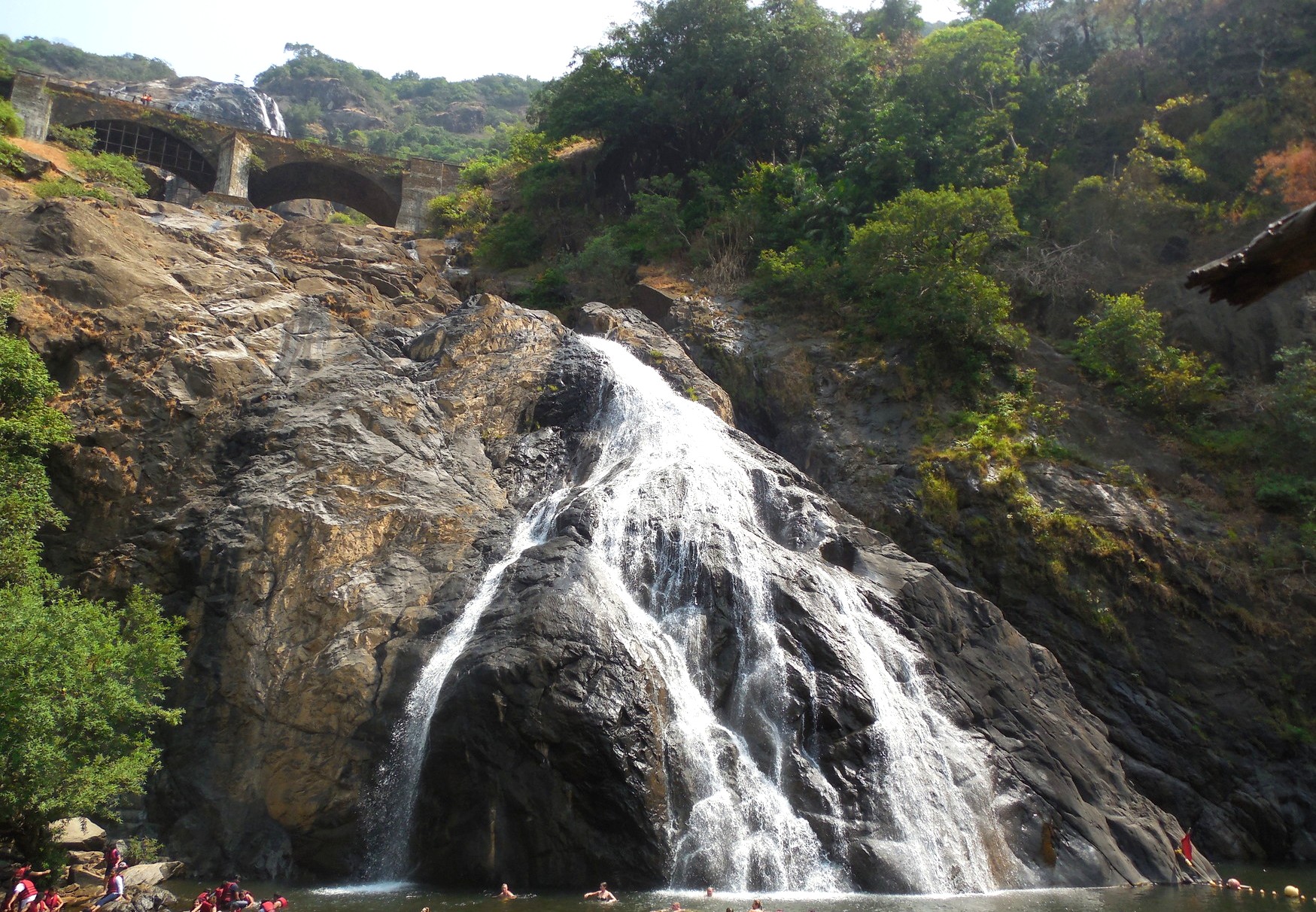 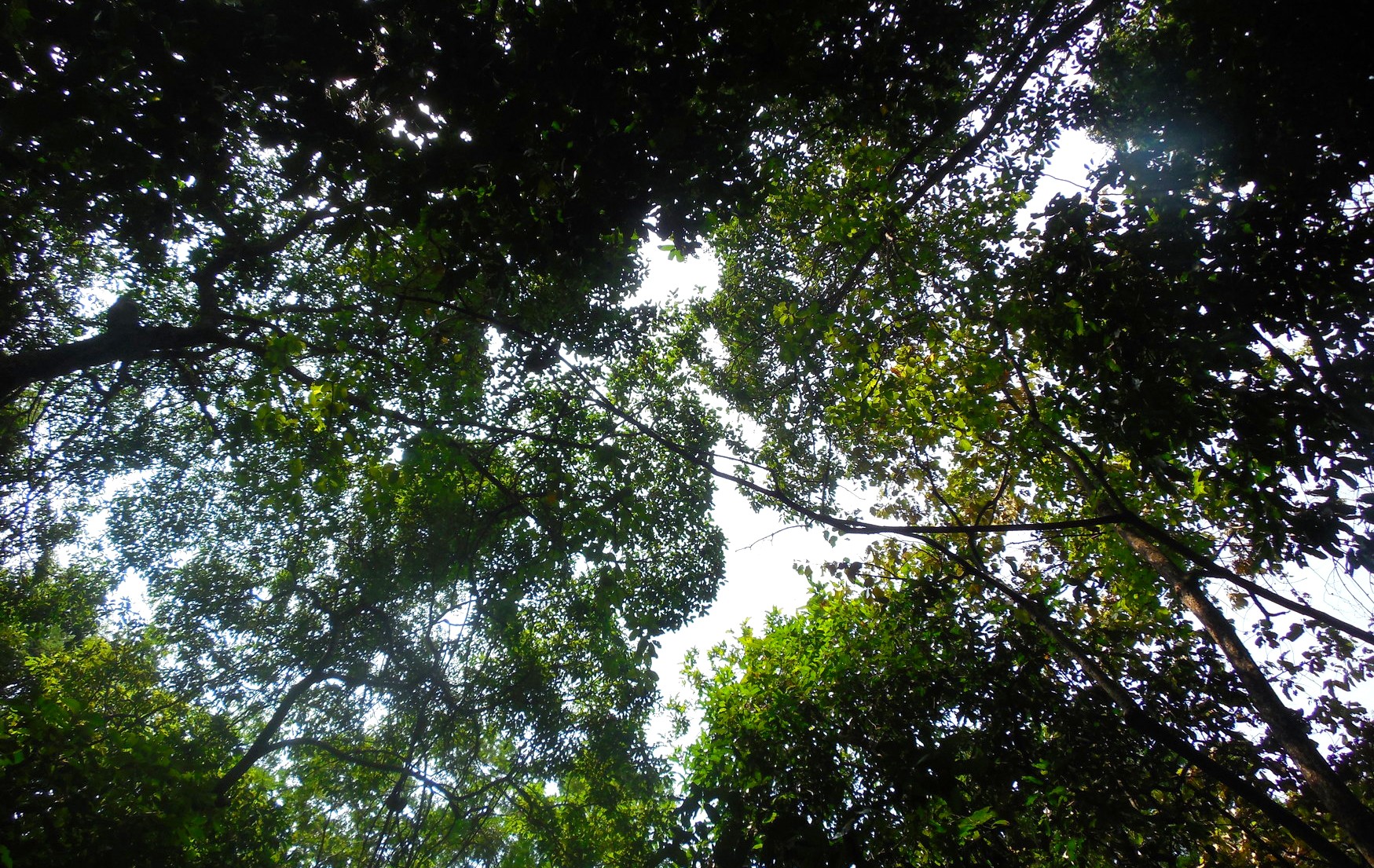 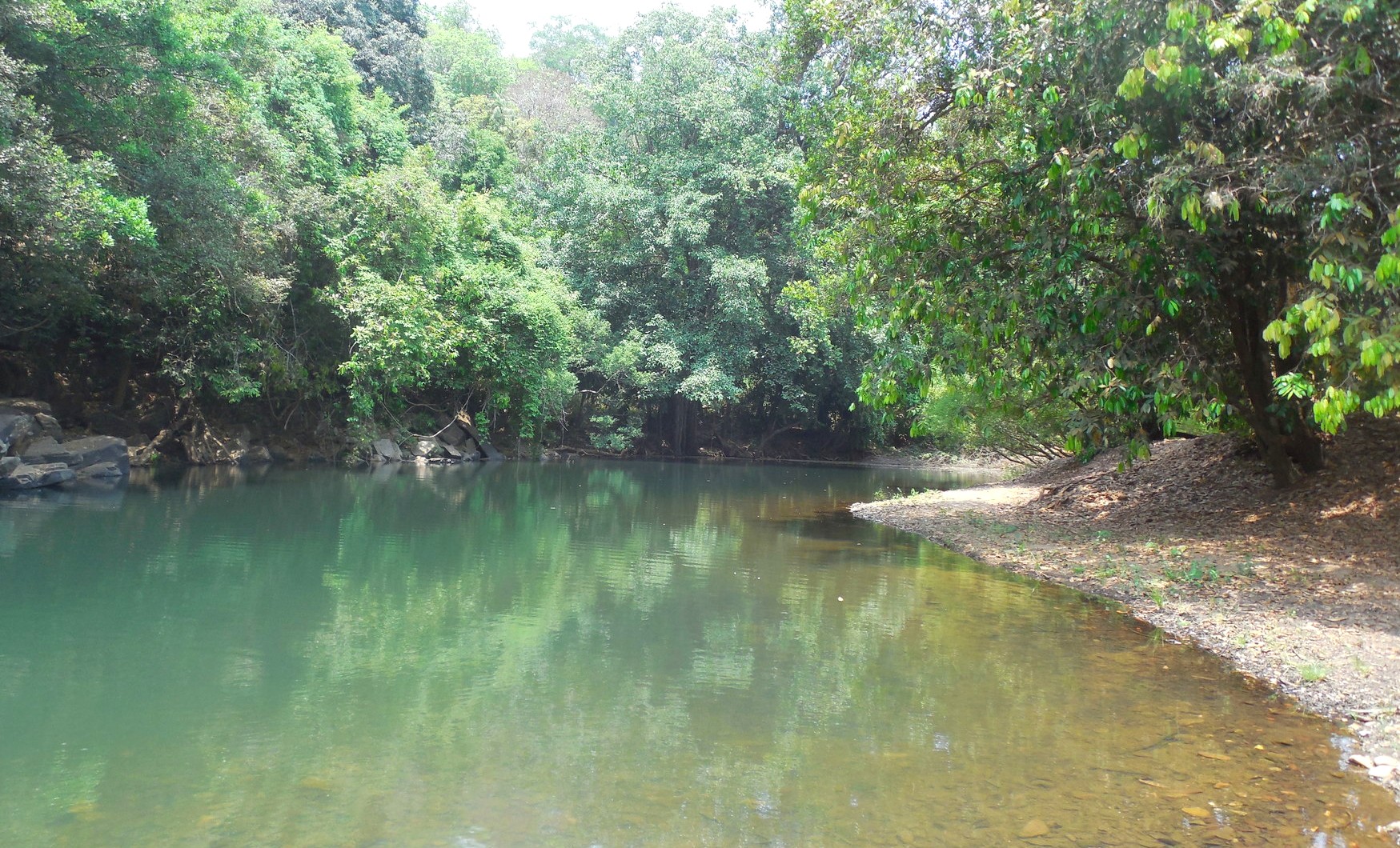 We crossed a few villages until we finally reached the point. Now with this taxi system, we are provided with only 90 minutes of time near the falls. I reached the falls and with great reluctance went inside the water. It was my first experciance in this deep water hence life jacket became my confidence. And it was an amazing, truley gratifing experiance. When we started floating in the chilled waterfall, it was the best experience ever. After a few minutes, we were now accoustomed to the amtomsphere. The joy and serindipity started to sink in. 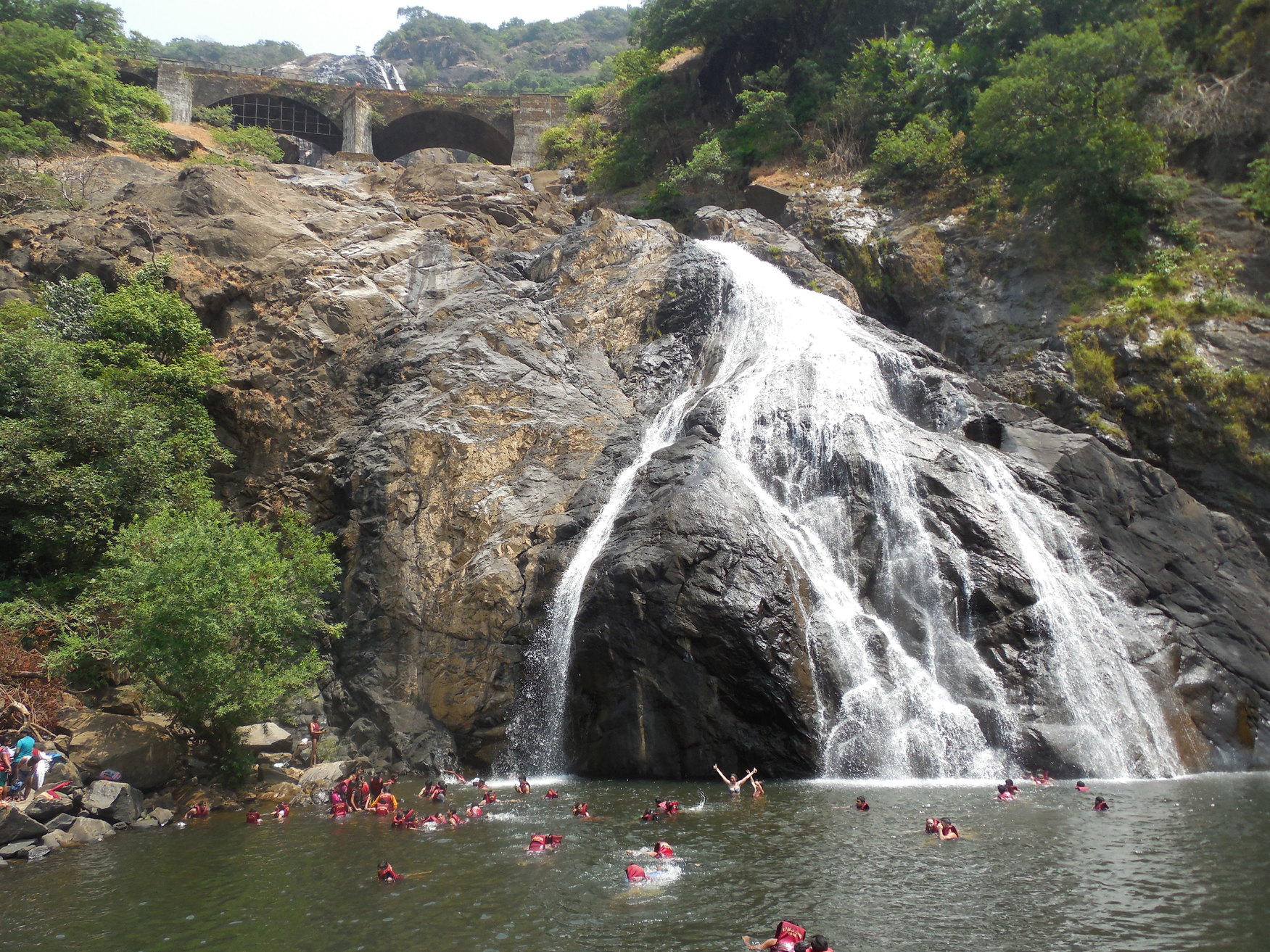 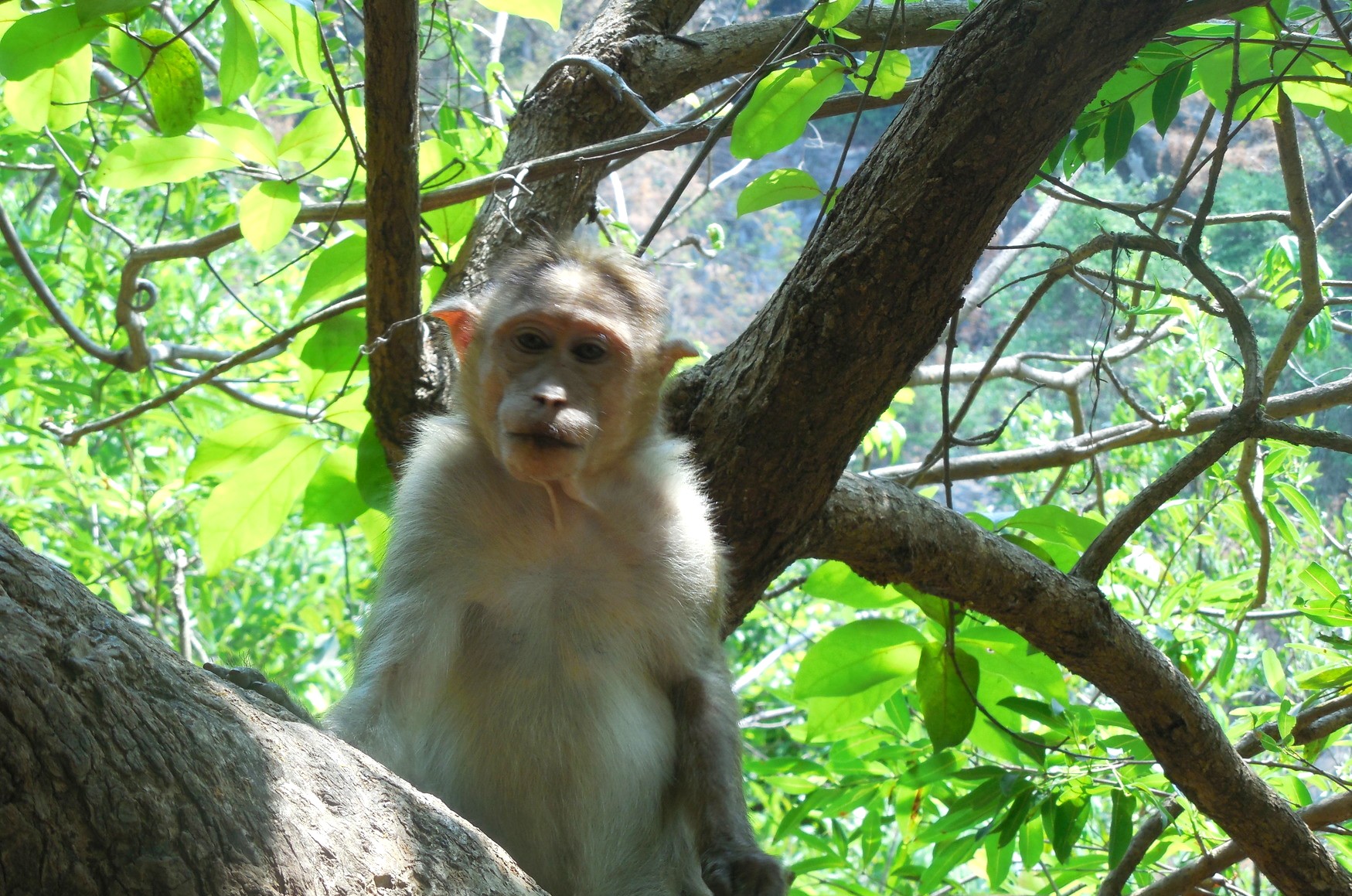 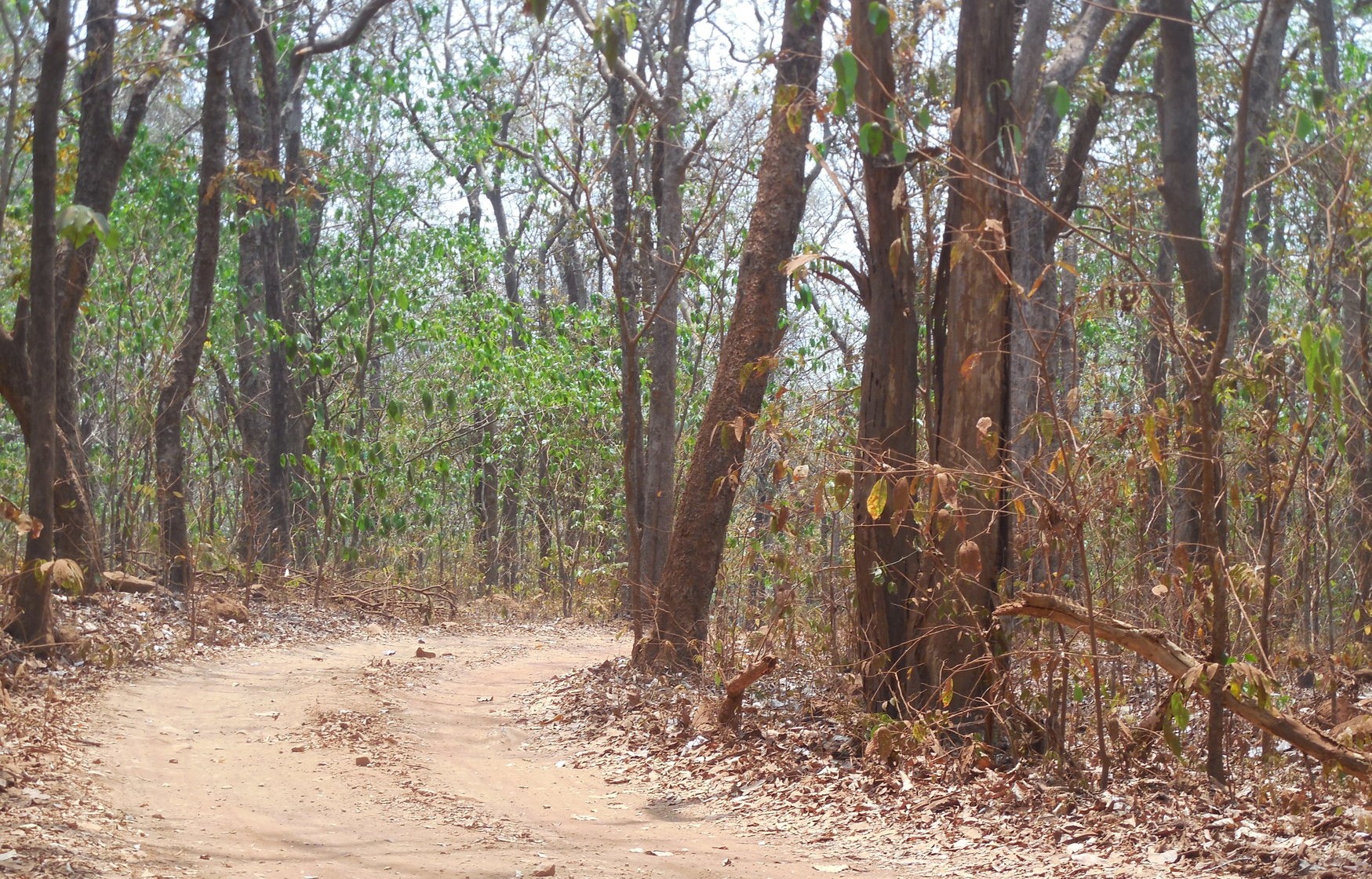 Our train back was at 4:00 pm, So we had plenty of time. We decided to trek down half of the journey. It was funny and intriguing at the same time as the driver asked for our written consent on the same. We visited Devil’s canyon. Which had deep green water coming from both sides and was very abundant in fishes. 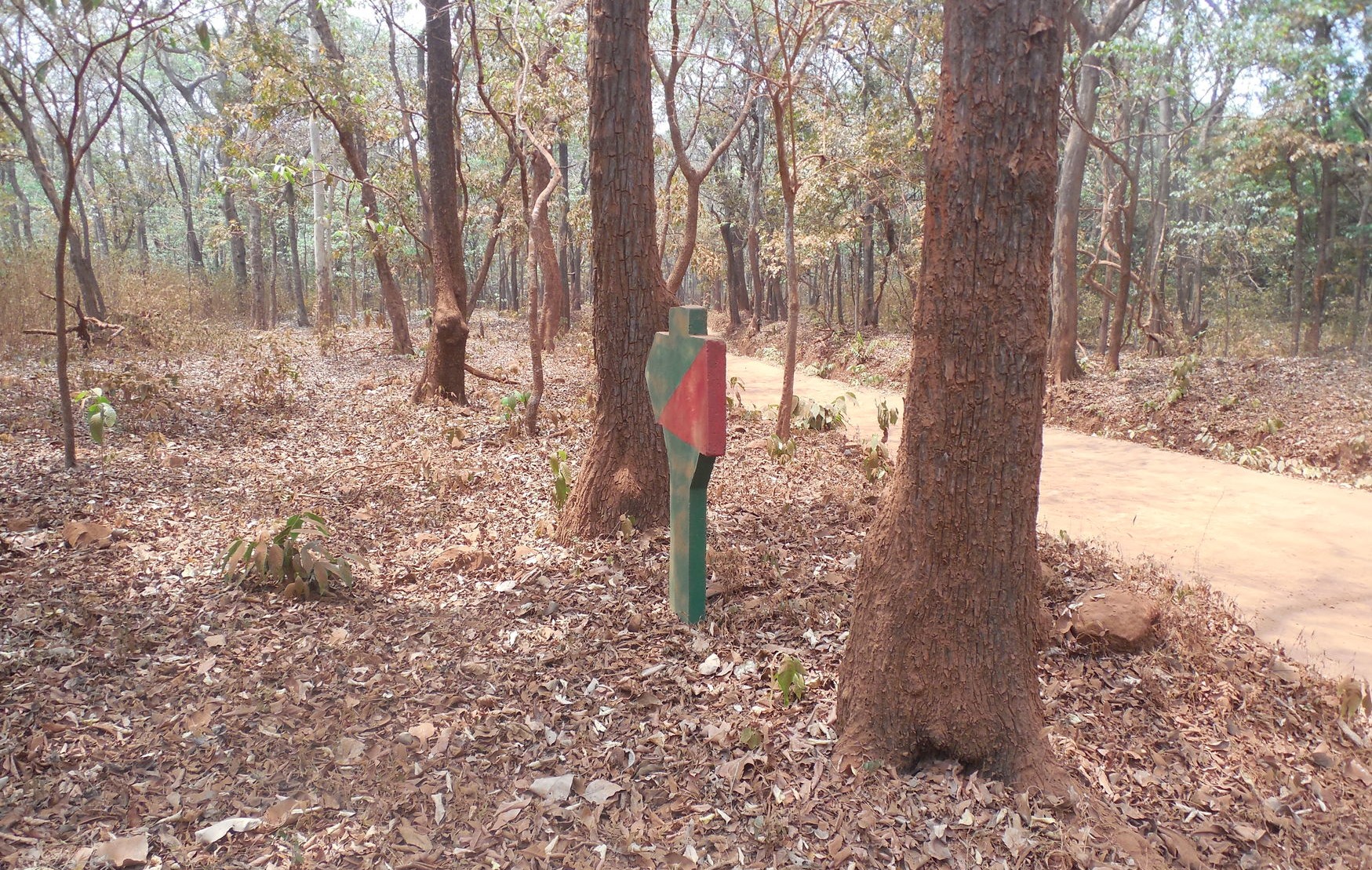 On our way to devil’s Canyon 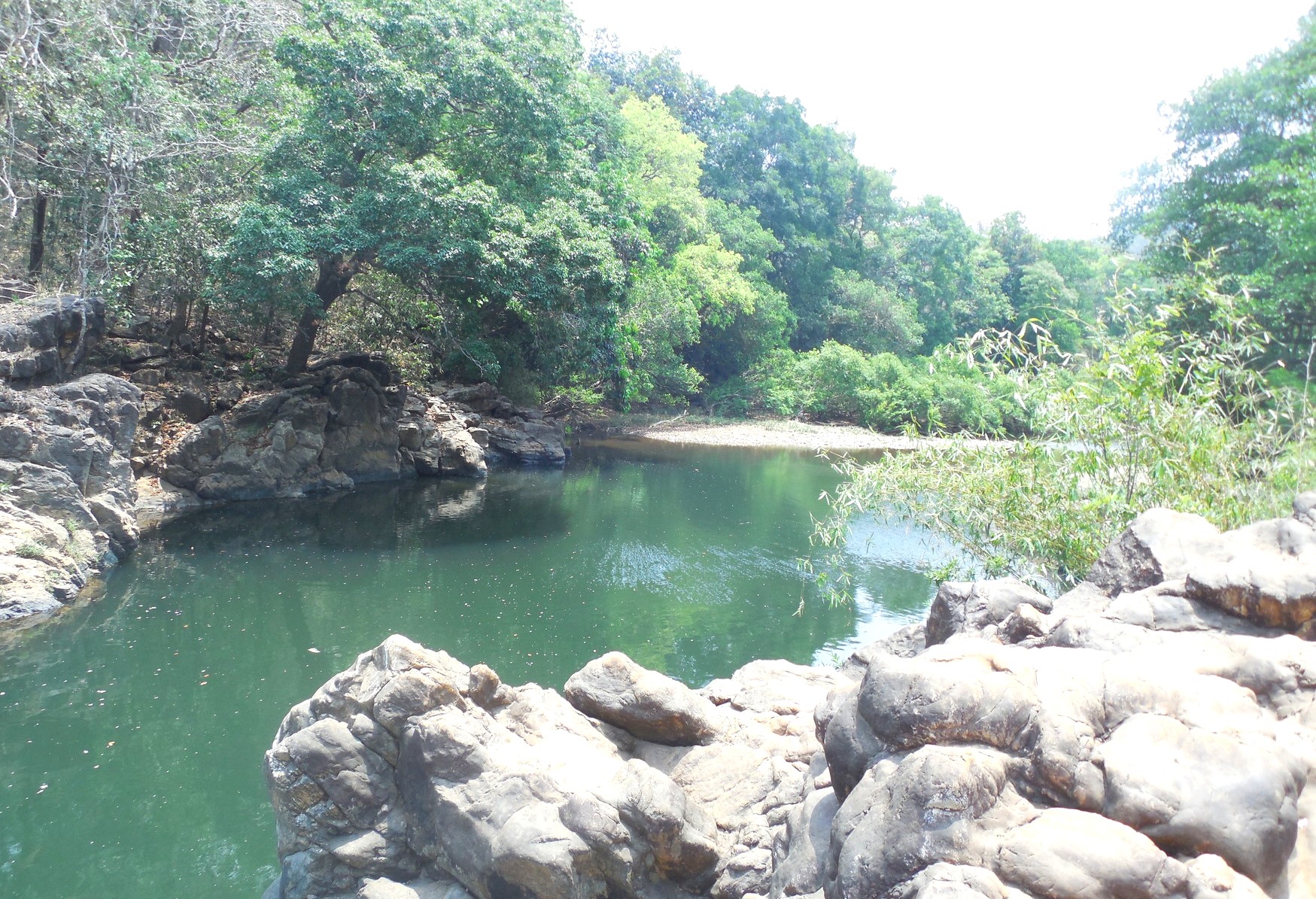 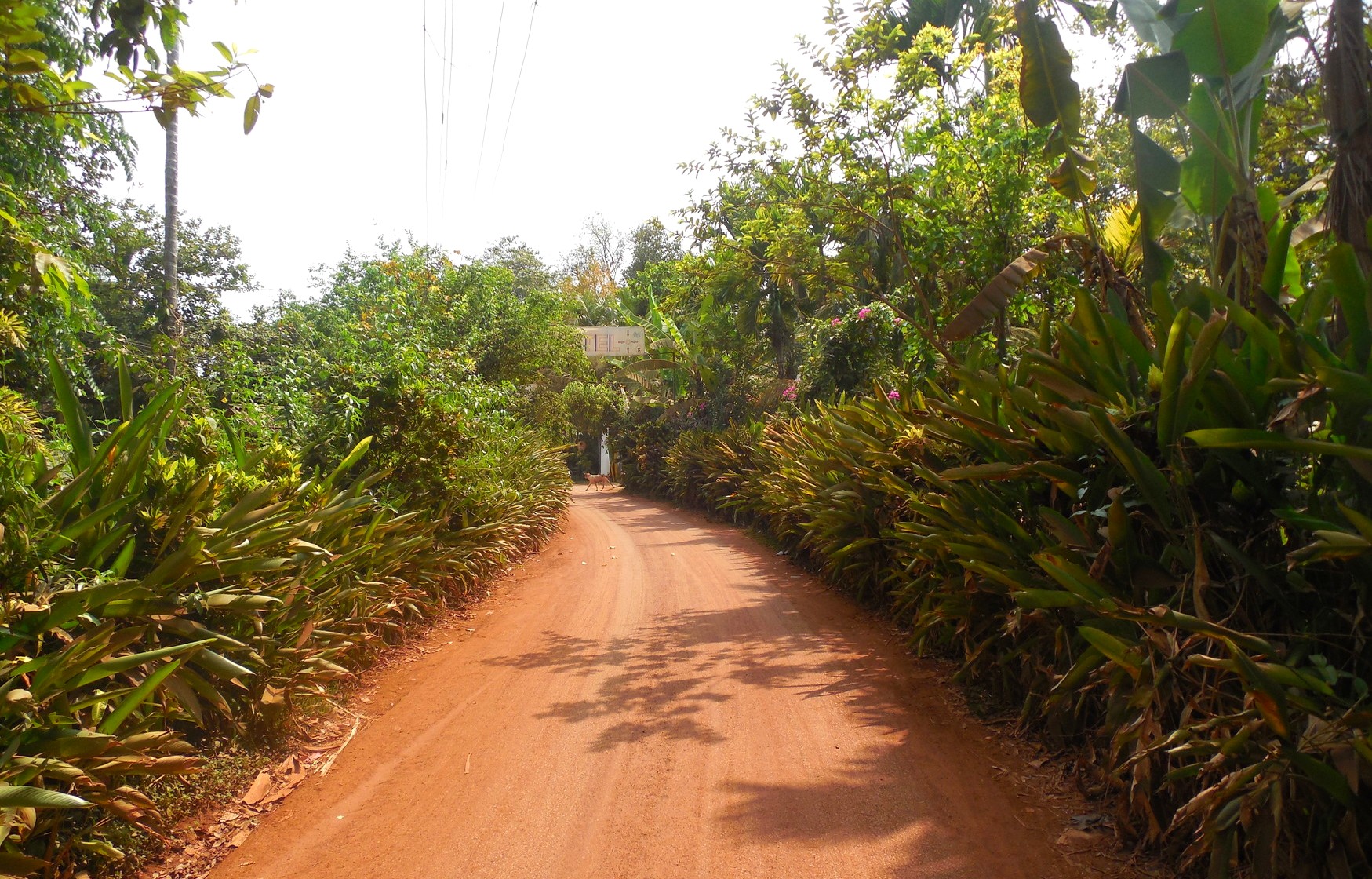 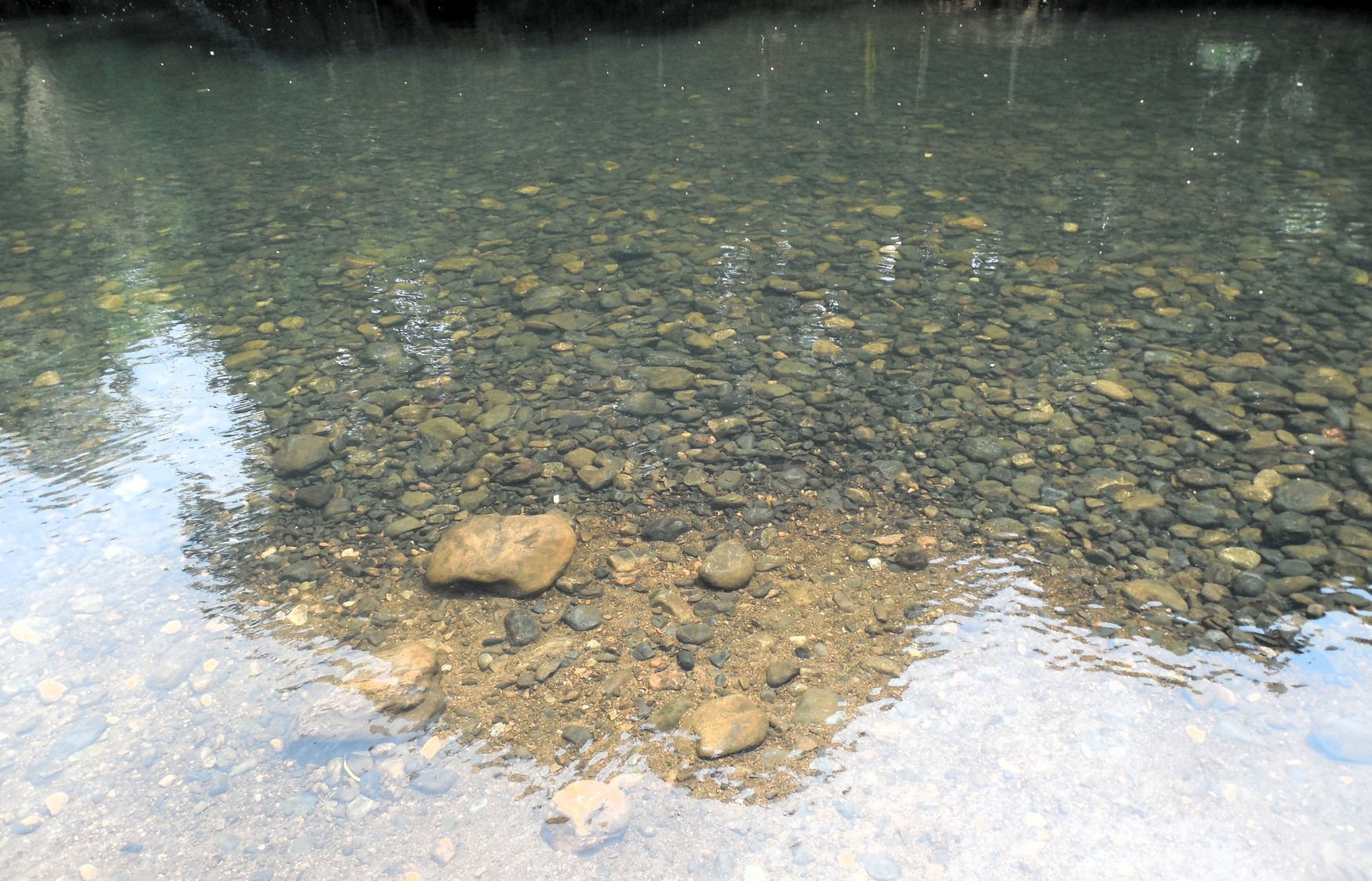 We boarded our train from kulem. In the overalls it was and one of its own kind of amazing experiance.