In the first week of July, we planned a trip to trek to Bhrigu lake. Since 4 days are enough for this trek, we thought that it can be easily done by two of us. But Rain gods have other plans. We reached Manali and searched for a cab that could take us to Gulaba, the base of the trek. Since Gulaba lies ~15 km from Manali and lies beyond Kothi, the base where the papers are checked for the vehicles going beyond Manali and towards Rohtang La. Due to this, the Taxi was charging around 1500 per person to drop to Gulaba. Since it was already late and it started raining in Manali, we dropped the plan and thought of something else to do.

Now Exploring Rohtang La was in the bucket for the first day, for the next day we planned to camp at Rola Kholi, the second base camp of the trek while coming back from Rohtang.

We got up at 5.30 and ran towards the bus station looking for one of the few hourly buses that go to Keylong in the morning. The conductor put up and mix of poker and frown face when we told him to drop us to Gulaba. Since he wanted to take the passengers to the Keylong first, he did not gave much grass to us. At sharp 6 he told us to get in as there were a few seats left in the bus. We hopped in and interestingly another conductor came to give tickets. We were at the last seat and when we told him to give tickets for Rohtang he gave us a grave look and went outside, the co-passengers told that he was some sort of senior TC and he will cut tickets only for Keylong. Later the Pocker-Faced Conductor came and when he came to know that we are going to Rohtang la, his tone became negative and he blatantly refused to give us the tickets, after a lot of explanation he agreed to give us tickets under the condition that we give him the tickets back as we get off the bus. 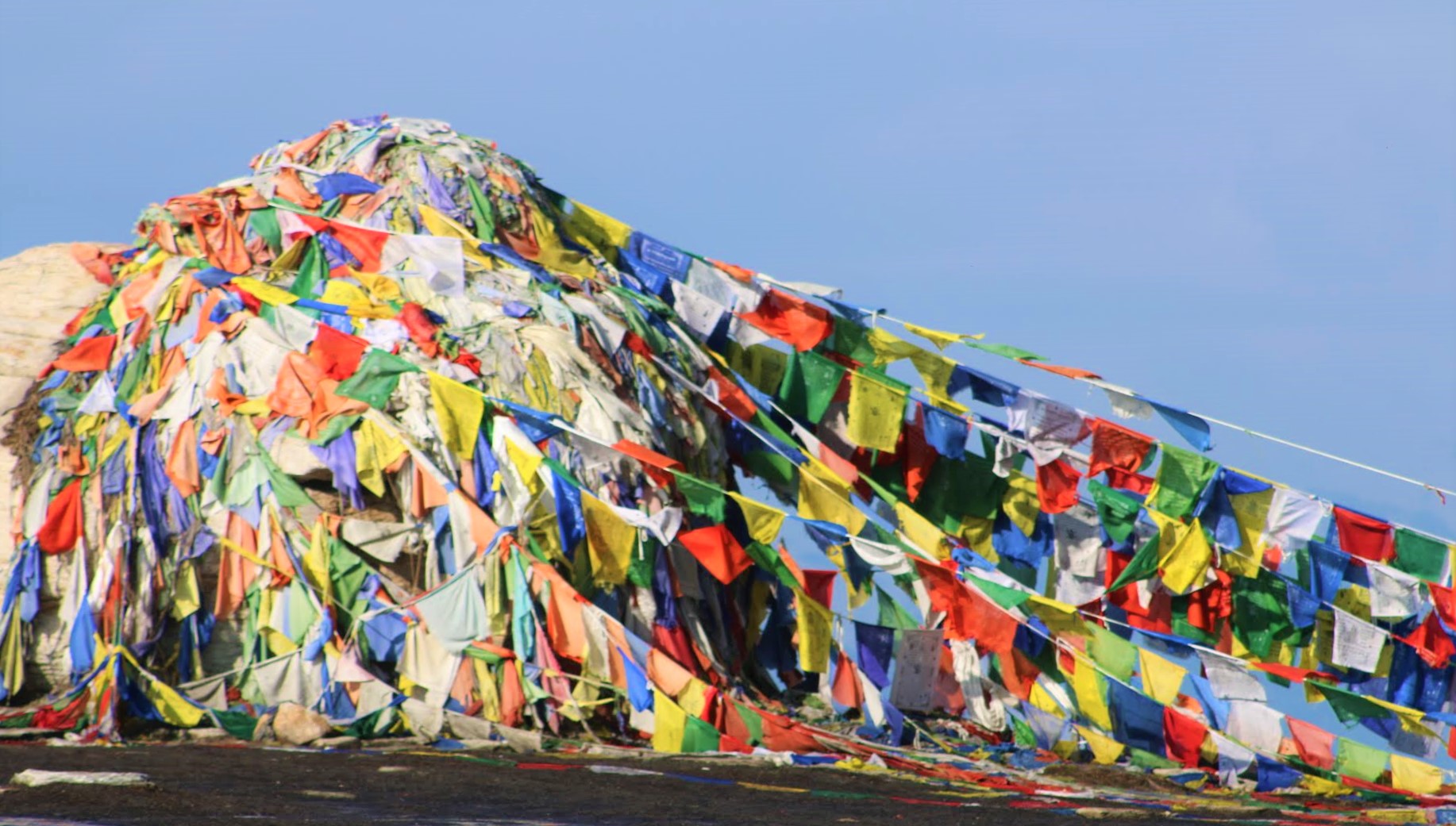 We reached Rohtang la and before doing anything we miracle at the beauty of the surrounding landscape. We started to roam around in the snow-laden fields of Rohtang marveling at nature and the surroundings. After spending some amazing time there the clouds started to cover the blue skies and pure white peaks. Gaddi people and their numerous sheep now covered the grassy area, the scene now was straight out of a fairy tale. 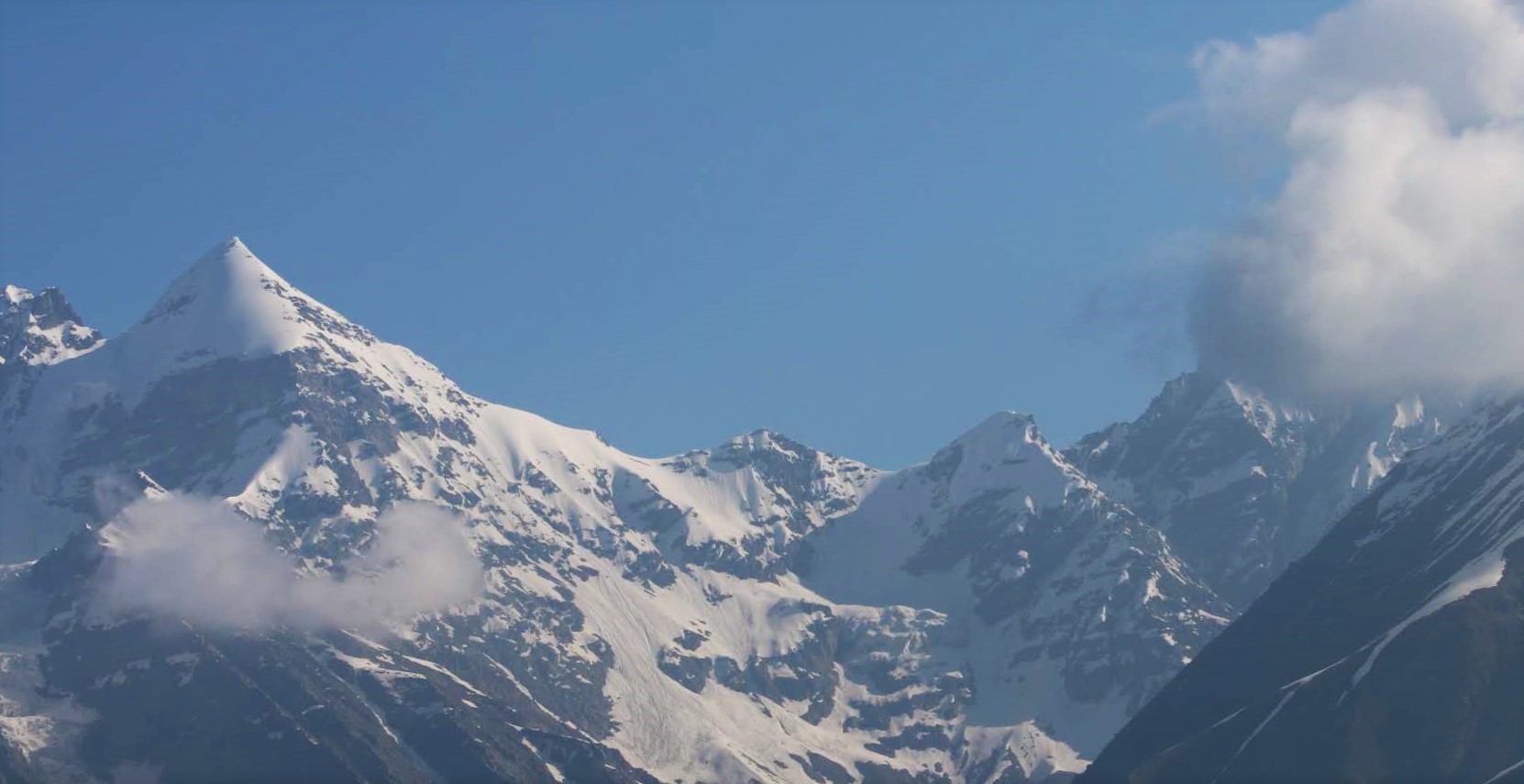 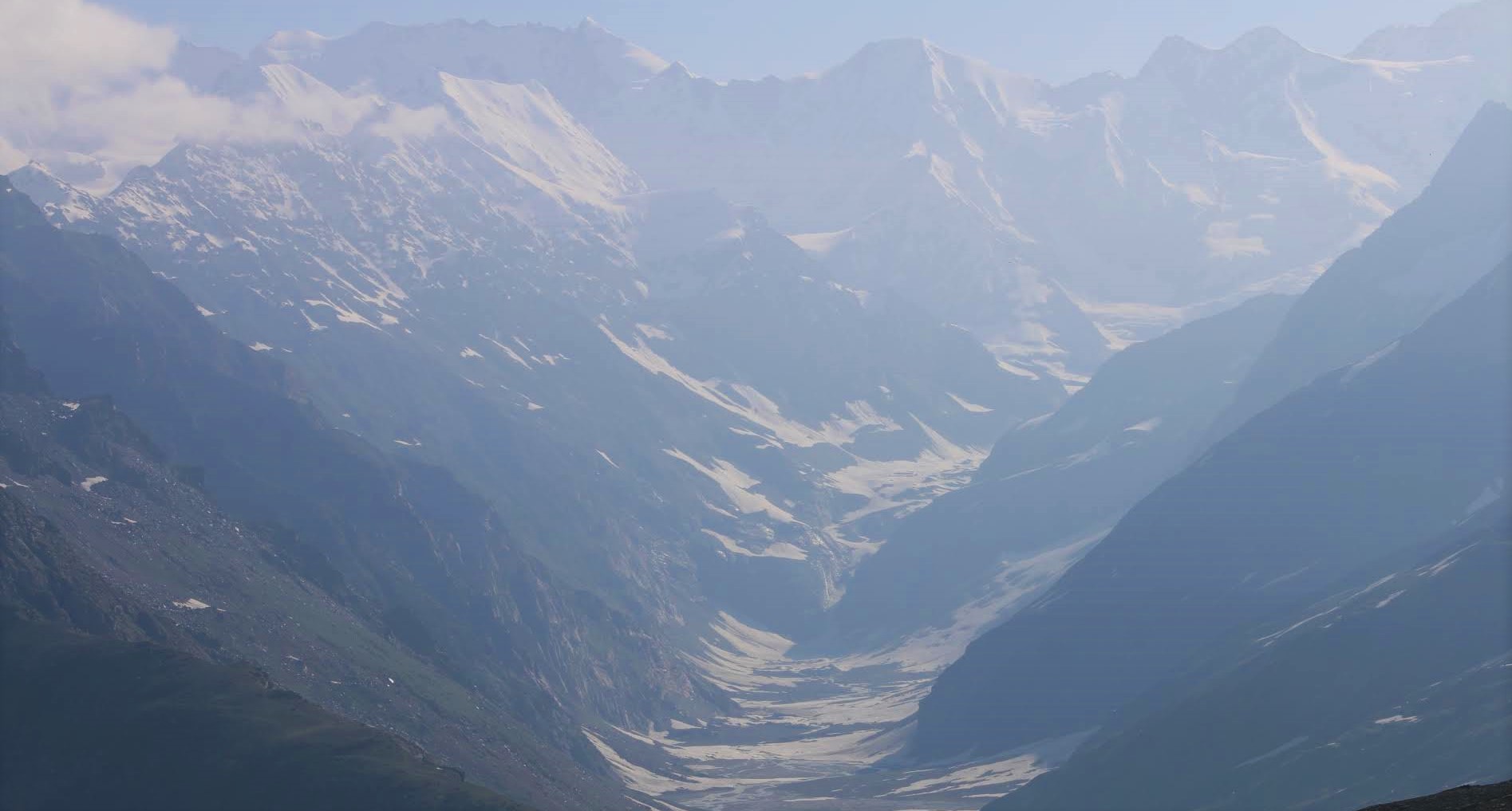 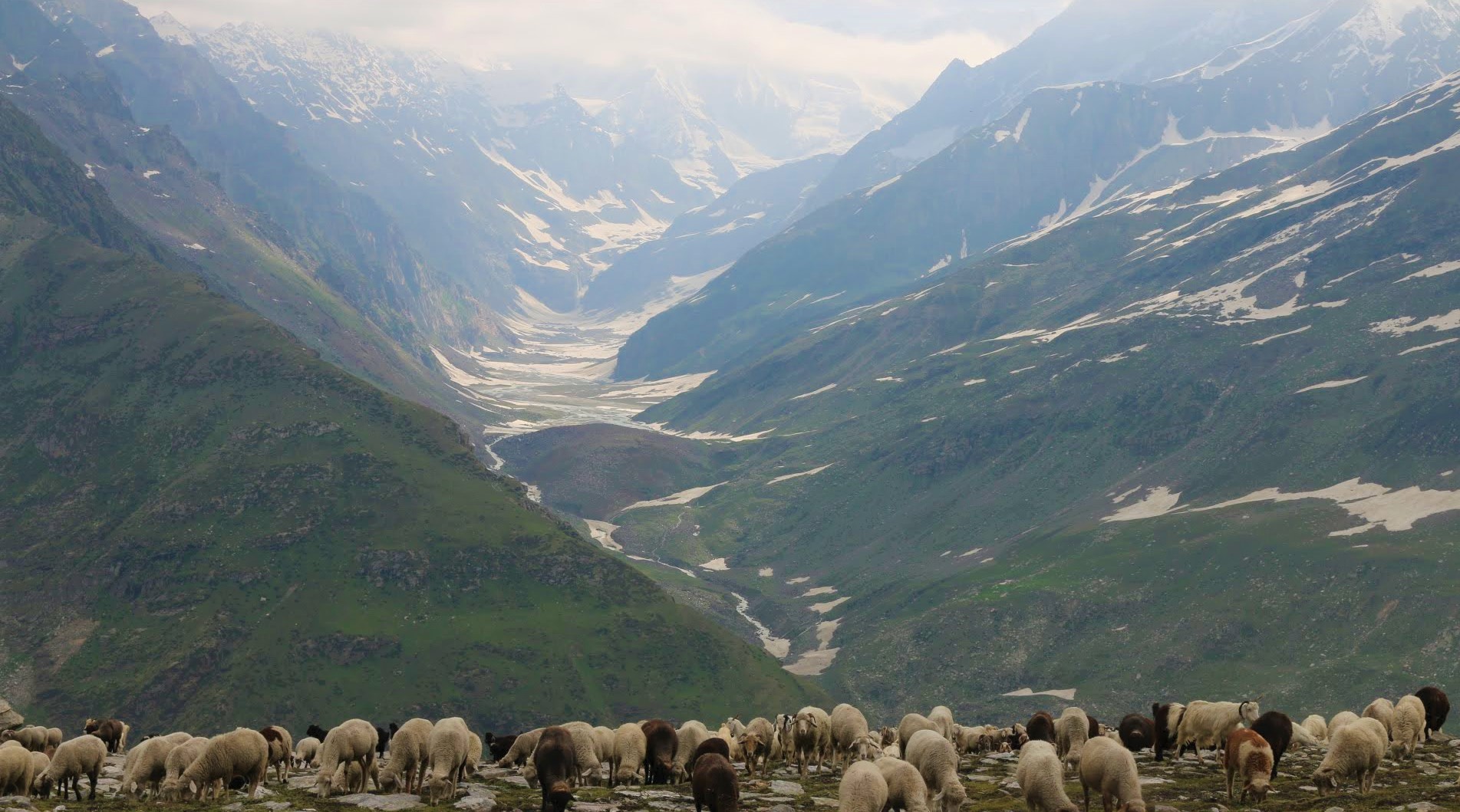 After spending some time we waited for buses to Manali. 3-4 buses went by but didn’t stop to pick us. So we went a little towards the main touristy area of Rohtang and waited for the bus. The bus still did not stopped. I asked the local folks for help. They gave us 3 options. First, wait for the bus and hope he has few seats left on the bus and the driver is good. Second, wait for a shared taxi, that would cost around 500 per person for Manali. Third, book a taxi at 1500 per person till Gulaba. We chose the fourth option, we asked for a lift from a local guy who was coming back from Keylong, after transporting some stuff from Manali. We threw our bags in the trunk and started our journey to Gulaba. He told us to come quickly as it won’t be a good idea if the Taxi union people came to know about this.

In between, we saw the tents from IndiaHikes and a small shop. There were places to pitch tent and water stream. Thinking that there will be more shops as we move ahead we didn’t fill our bottles. I was a big mistake. We rested there for a while and continued our journey up. after 3-4 kilometers uphill trek, we found out that we were out of water. We still had hoped so we continued our journey, just a few meters before reaching the ridge we met a local and asked about the nearest water source. He told us that we will get water only in Rola Kohli or 4 km downhill near IndiaHikes tent. going 4 km uphill is very tough compared to 4 km downhill with a deserted throat. We decided to come back to the first base station. 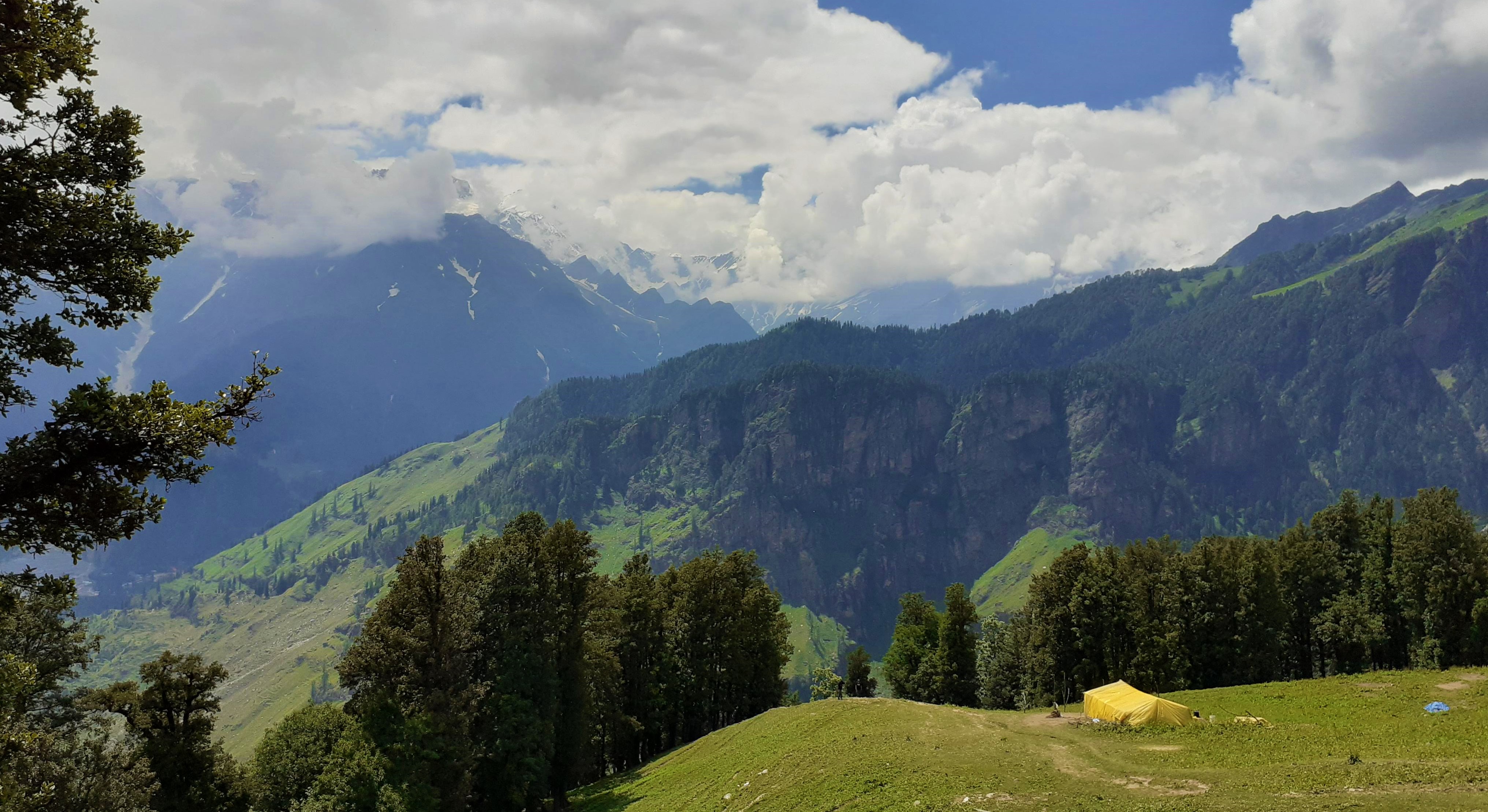 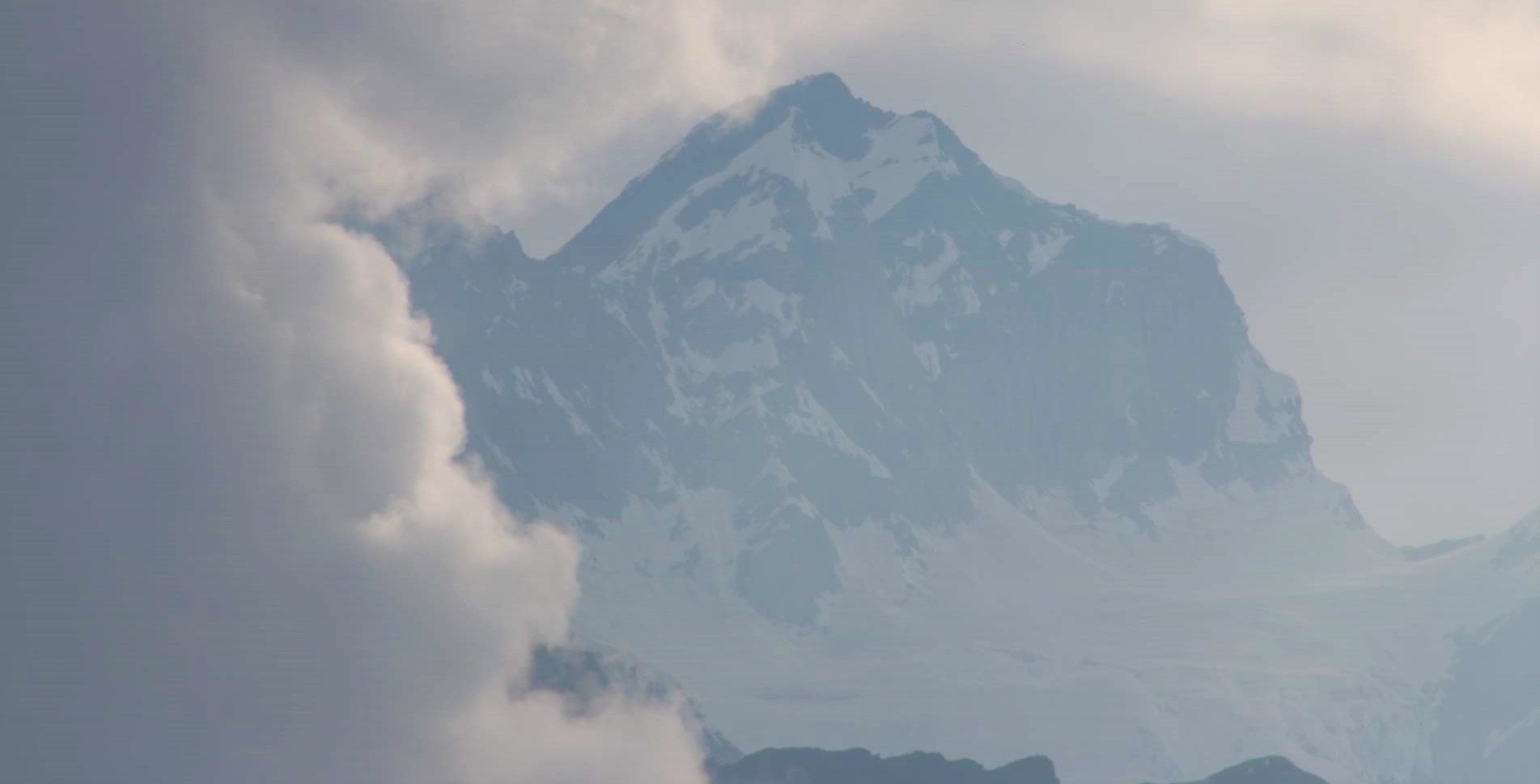 Do you also see stan lee in this Mountain

Raindrops in the tent 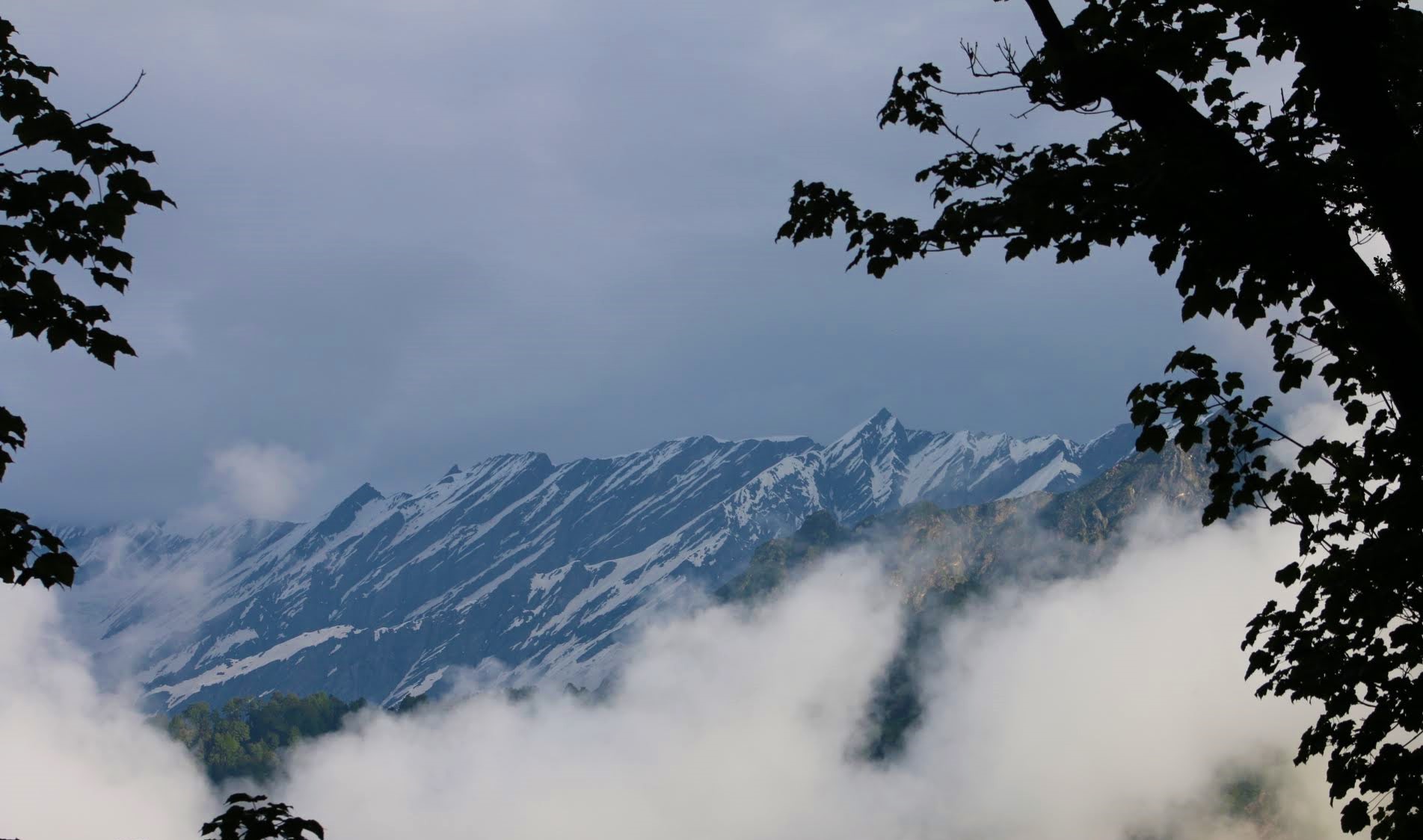 Farway Mountains in the morning

There we filled our bottles and then pitched our tents. The view of the lofty peaks from inside the tent was amazing. There we met a local from IndiaHikes and asked him if we can get food in the night. He didn’t give a positive response since they were having a new batch coming. 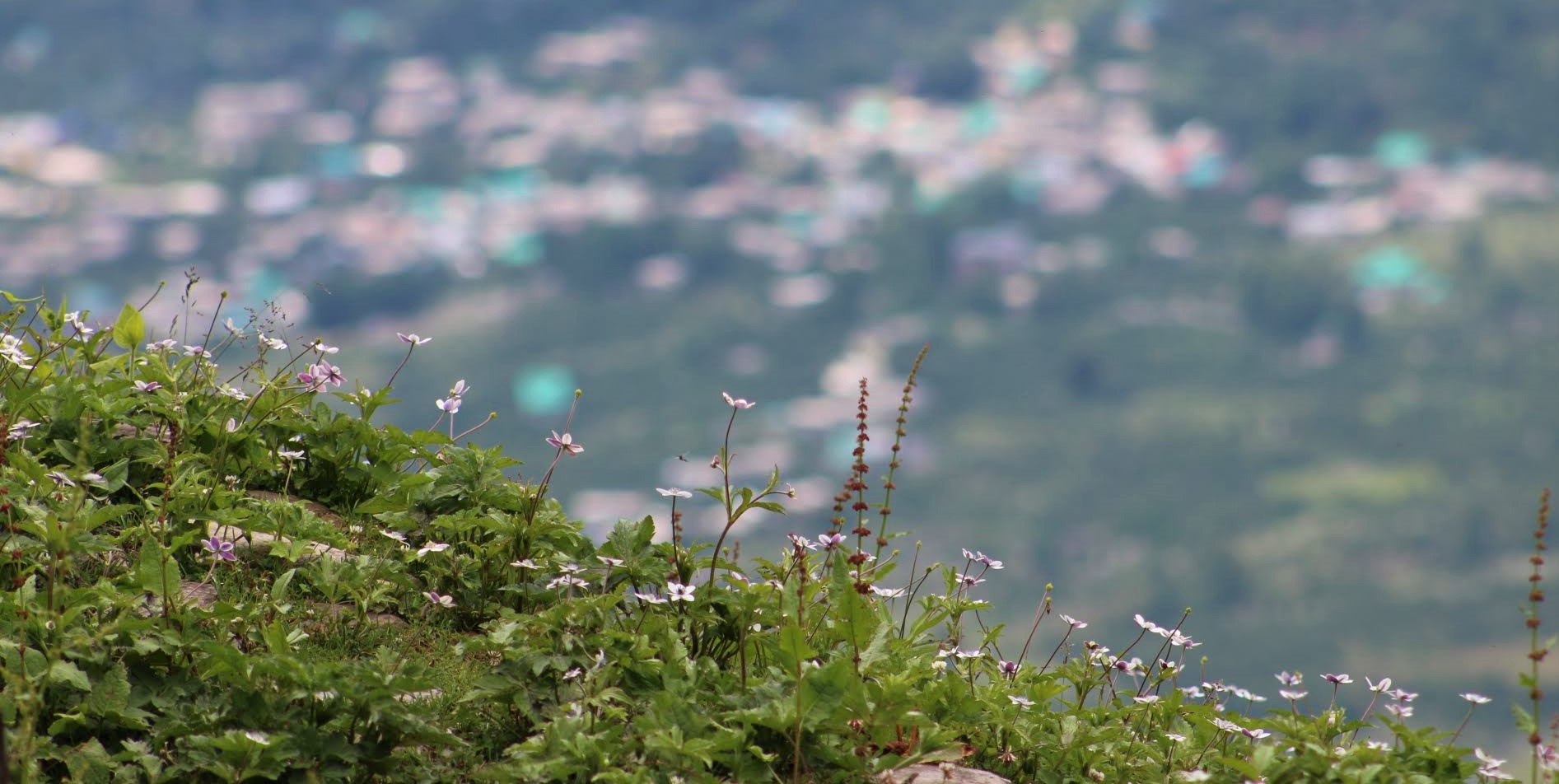 Flowers in the valley

Later in the night, he called and told us that food is ready, we went inside the kitchen tent of IndiaHikes and had Paneer, roti and custard for the dinner. We chatted for a bit with the team there and came to know that they were from Uttarakhand and have done may trek much time. It rained heavily at night and we were not able to sleep easily as we had the constant fear

The same thing happened in the morning also, we are very tasty sandwiches, eggs Upma and Coffee. Then after spending some time there we packed our tents and came down. 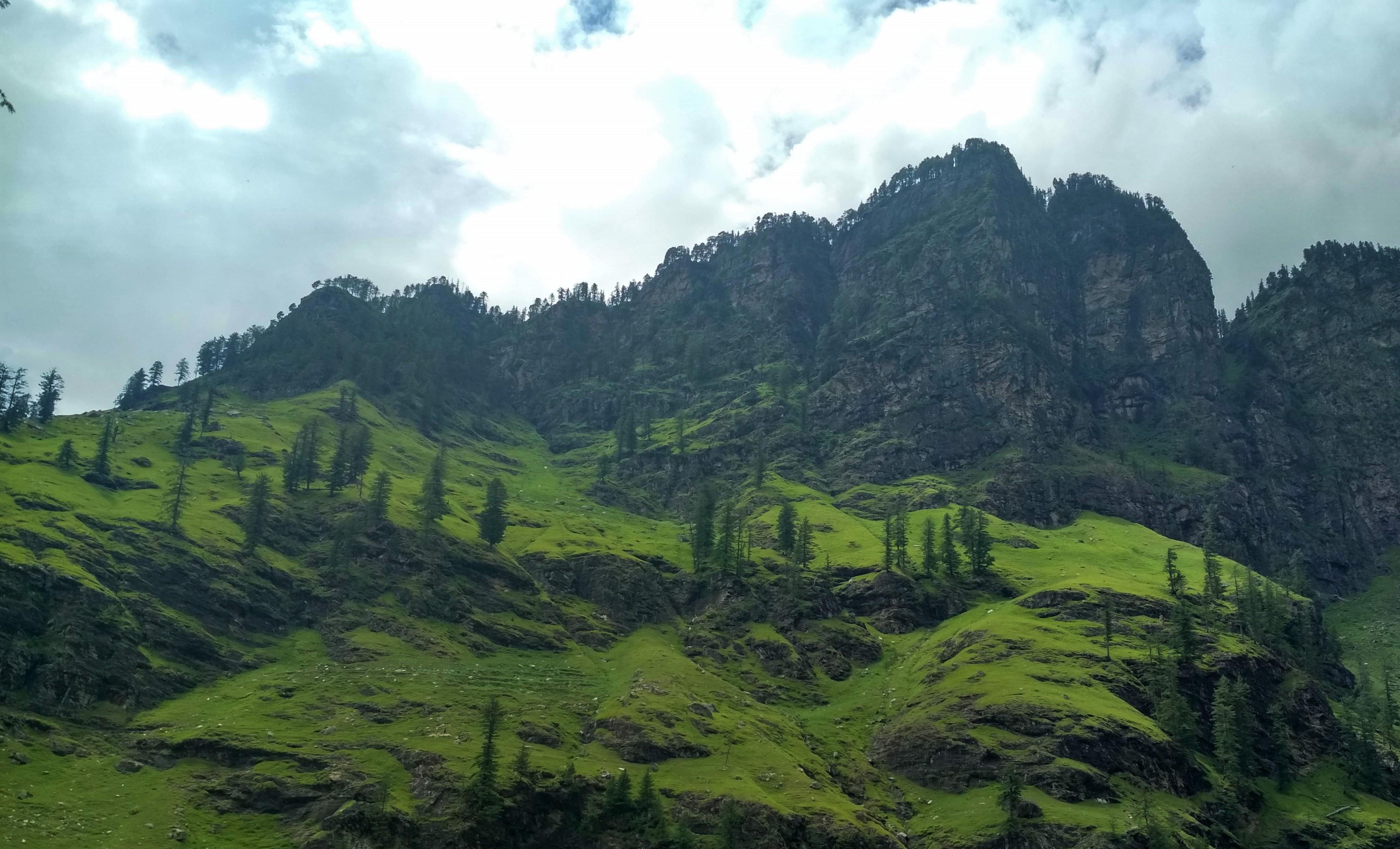 Still, there were no buses there so we asked for a lift again. One food truck guy stopped and gave us lift till Kothi, from Kothi we again took a lift till Manali. It cost us around 300 rupees for the trip. Had we taken the Taxis it would have taken around 5k for this trip minus the adventure.