Sometimes, I really envy the people living in Mumbai-Pune area. Apart from the vibrant young culture, thriving IT Hub, the region is blissfully gifted from the amazing flora and fauna in Sahyadri mountains. Whenever I am in Pune or Mumbai, I try to cover one of the many amazing day treks around near the city. My friends living in Pune, often say that I should come to the city during monsoon. At the time of monsoon, the city and the nearby places convert into an exotic landscape of greenery, perennial waterfalls and super intoxicating weather. Wait no longer, I told my friend, I am coming to Pune in the season. 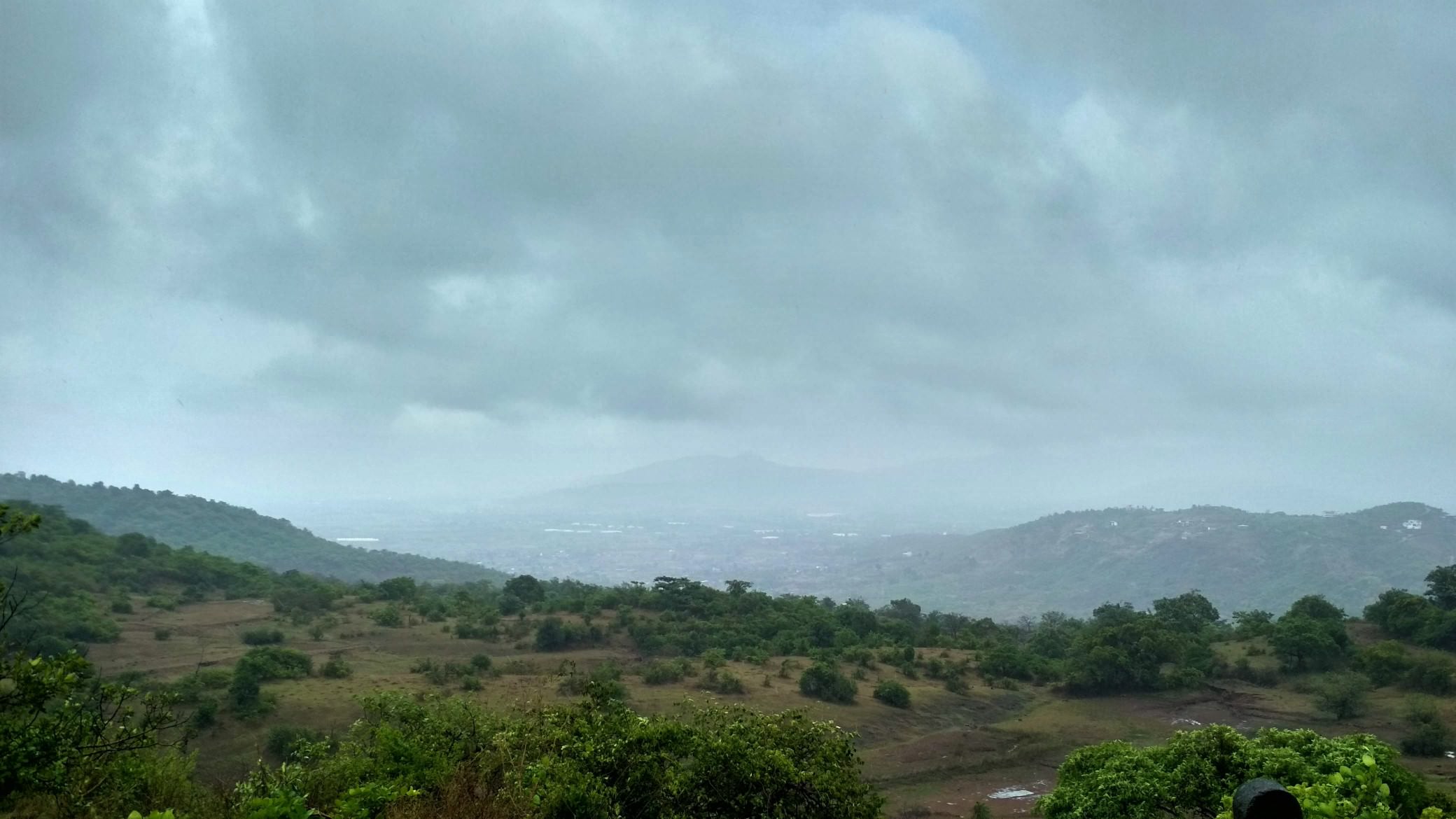 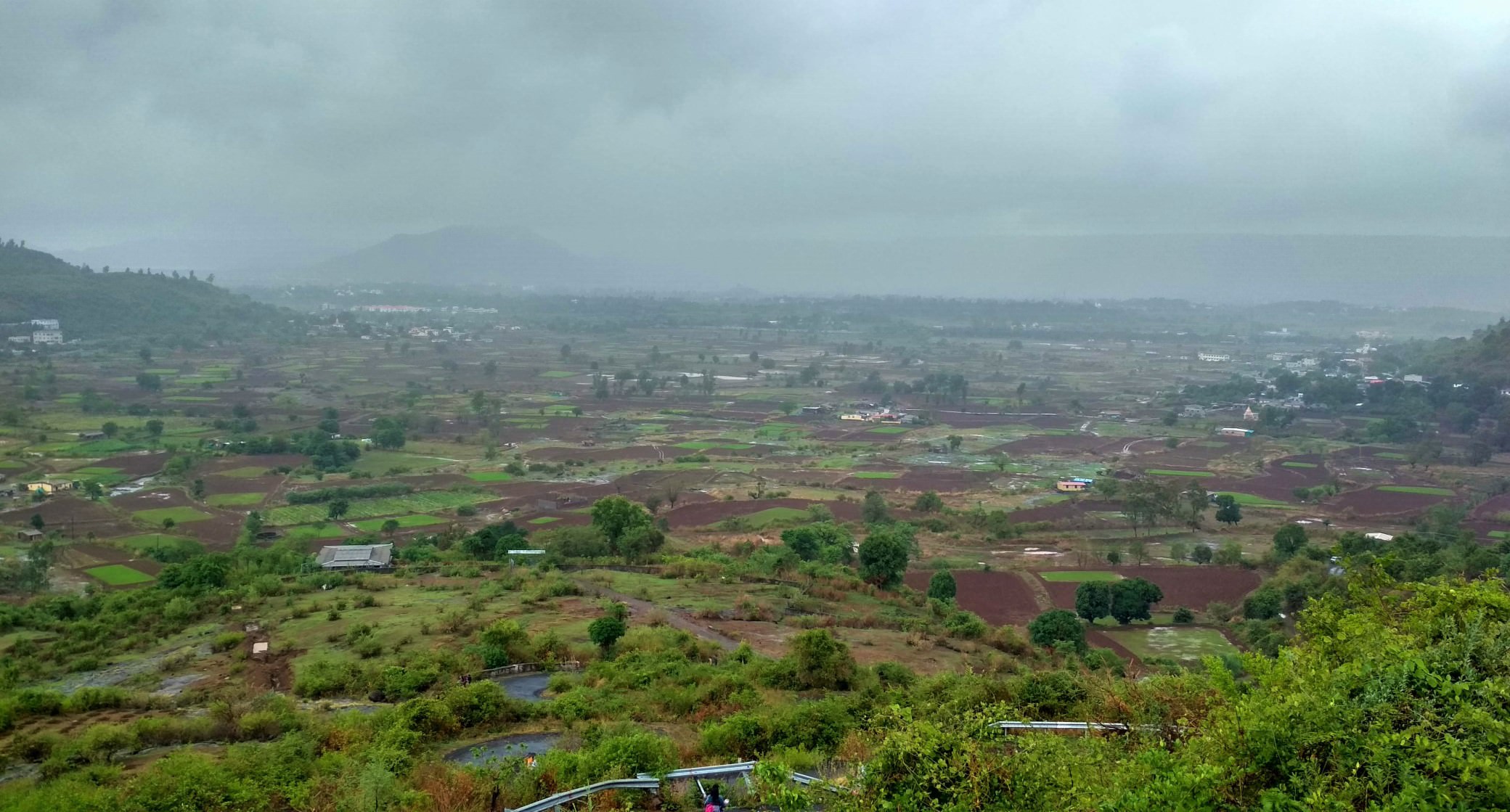 Village from the Top

Lohagad (translates to the iron fort) is one of the many hill forts of Maharashtra state in India. Situated close to the hill station Lonavala, The fort was under the Maratha empire for the majority of the time. Along with lesser known Vispur fort, Lohagad fort was an important landmark in the Marathas kingdom. sometimes used as a treasure chest and sometimes as a place for recluse vacation for the kings. 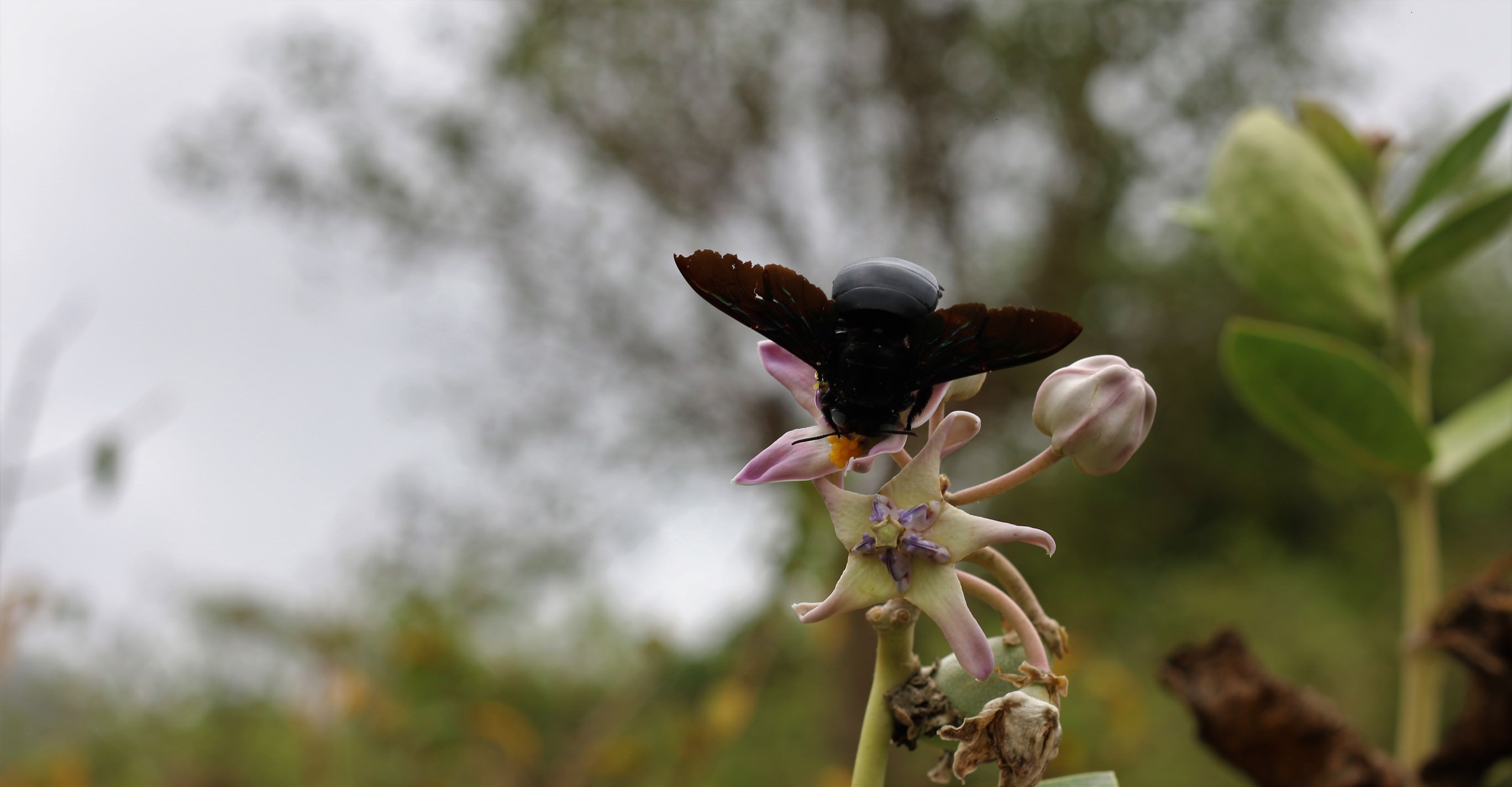 bee on a flower

The closest station for Lohagad fort is the Malavi train Station from Pune. We boarded the early local from the Pune Train station and reached Malavi in about an hour.

One can reach the base of the fort directly via an auto or their own vehicle. But since the weather was quite nice we decided to walk the 9 kilometres to the fort base. The path to the fort is a zigzag charcoal road. After around 2 hours we crossed bhaje caves. The sun was playing hide and seek with the grey clouds, I was sure that it could rain anytime. We continued our walk and reached the base of the fort. The fort welcomed us with a small drizzle. 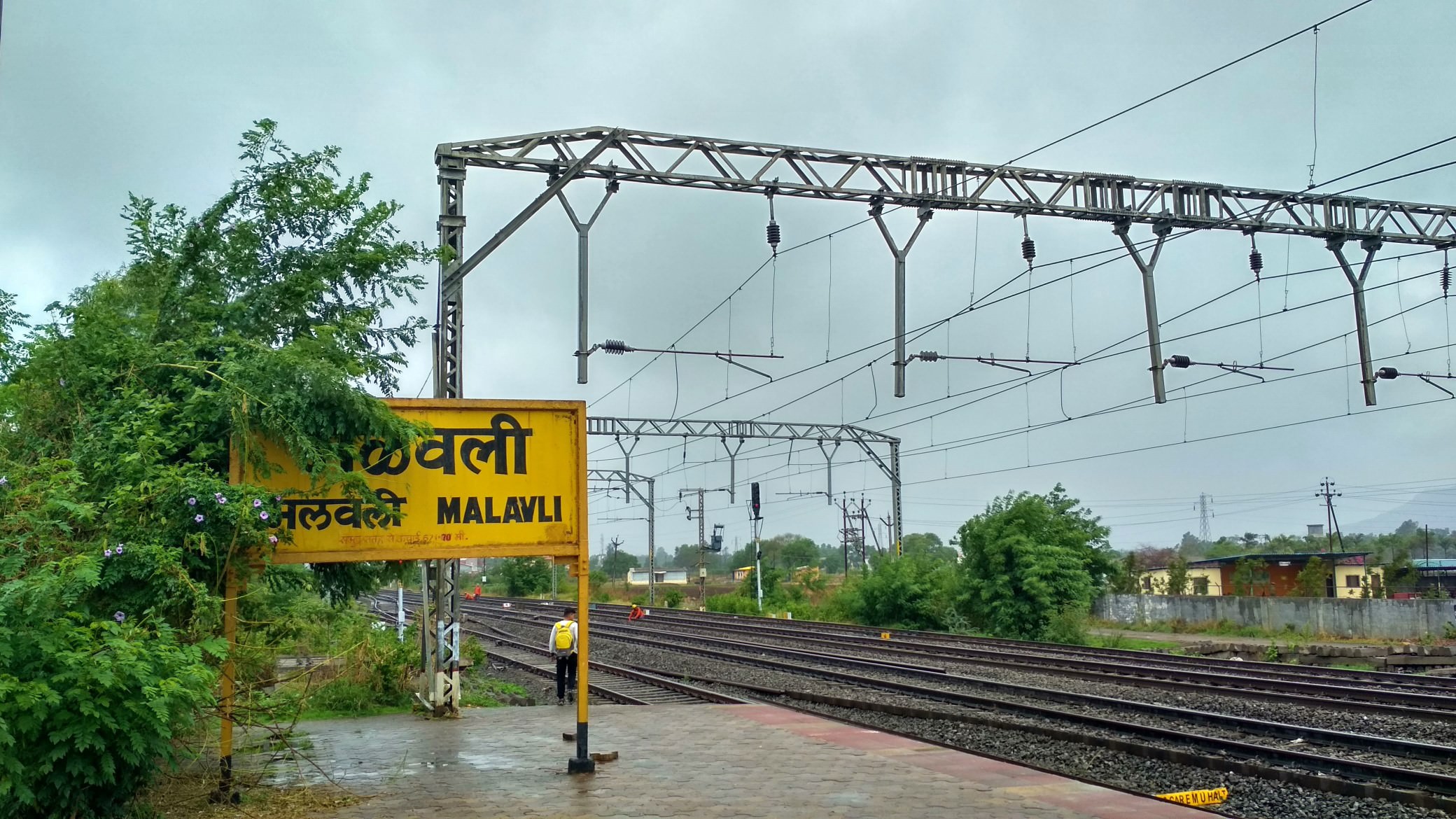 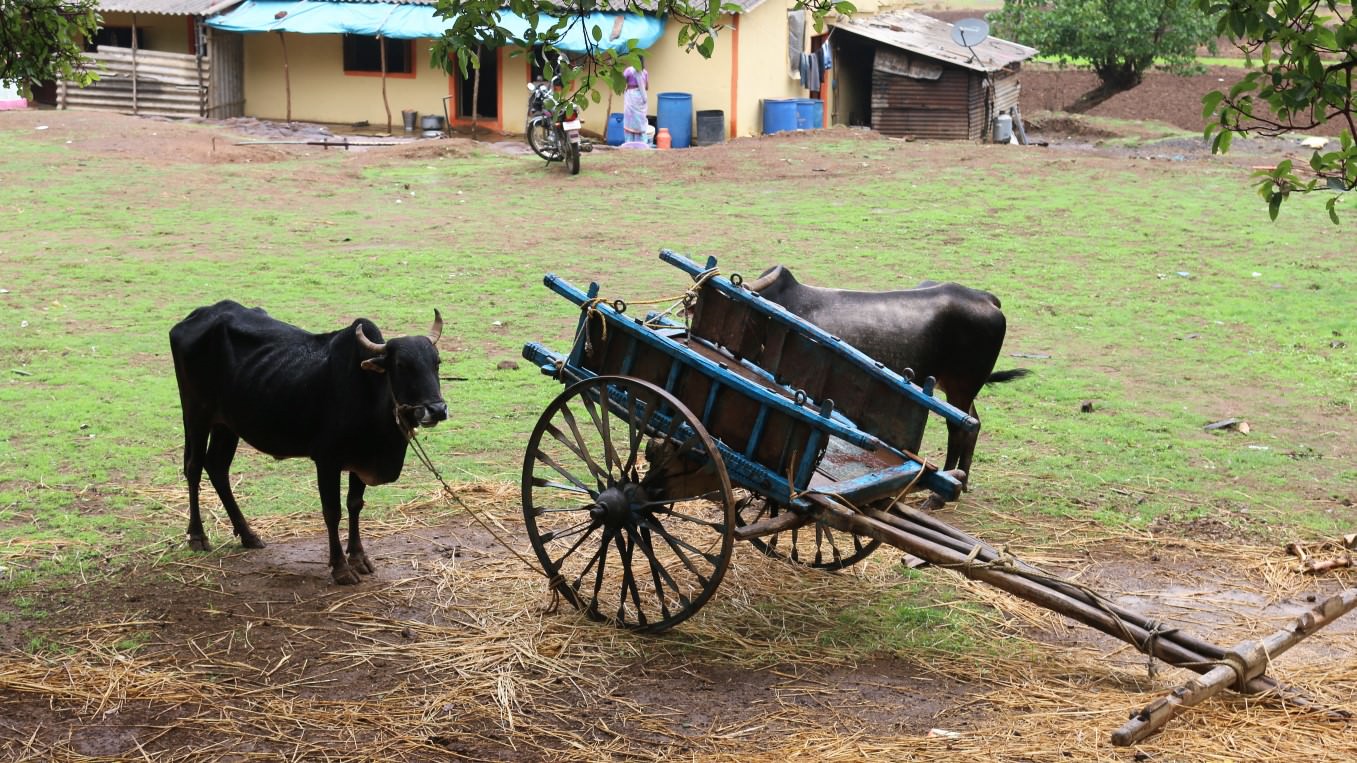 Near the Malavi Village

Bhaje Caves from a Distance 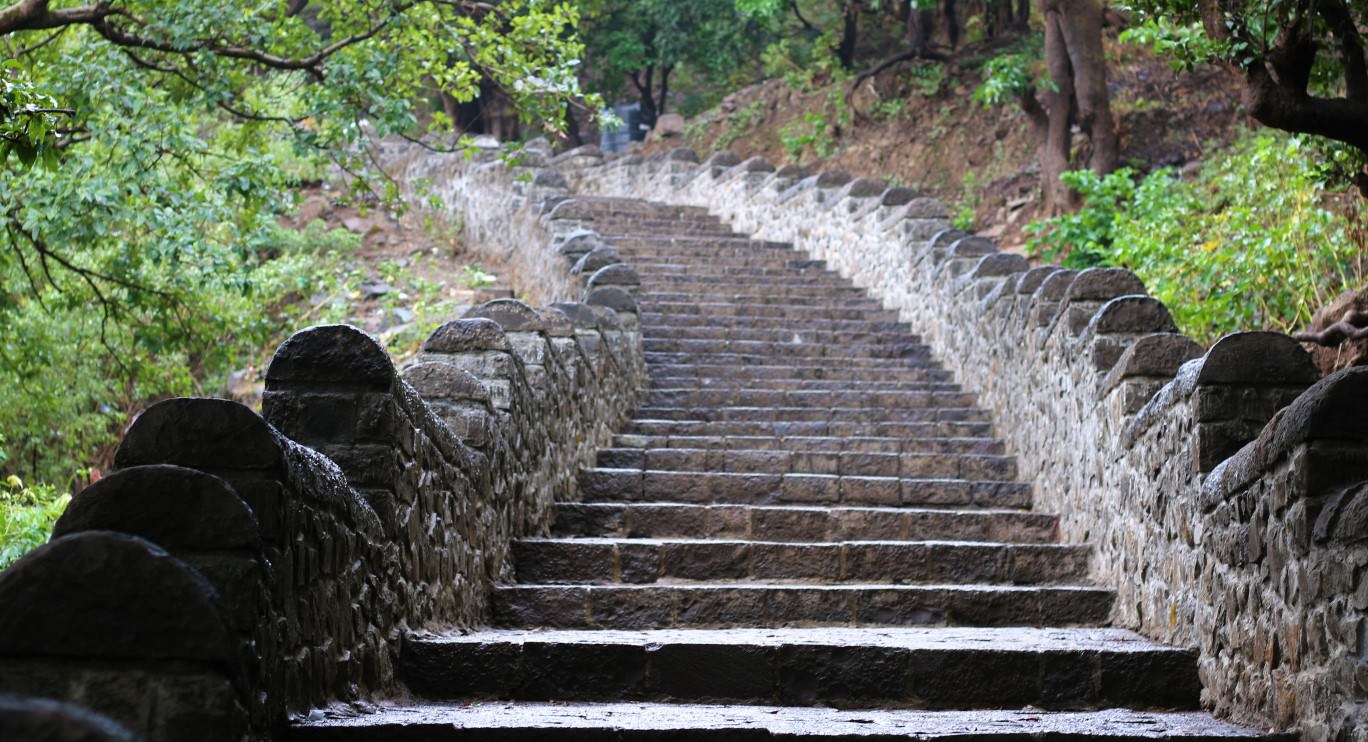 Climb to the Fort

We climbed up, and since it was a weekend the place was already full of people. The first entrance door is known as Ganesh darwaja. As we reached the top we saw the strong fortification of the fort. At this time there was some Local meeting going on near the Dargah, since it was in Marathi and I was unable to comprehend, I excused myself. 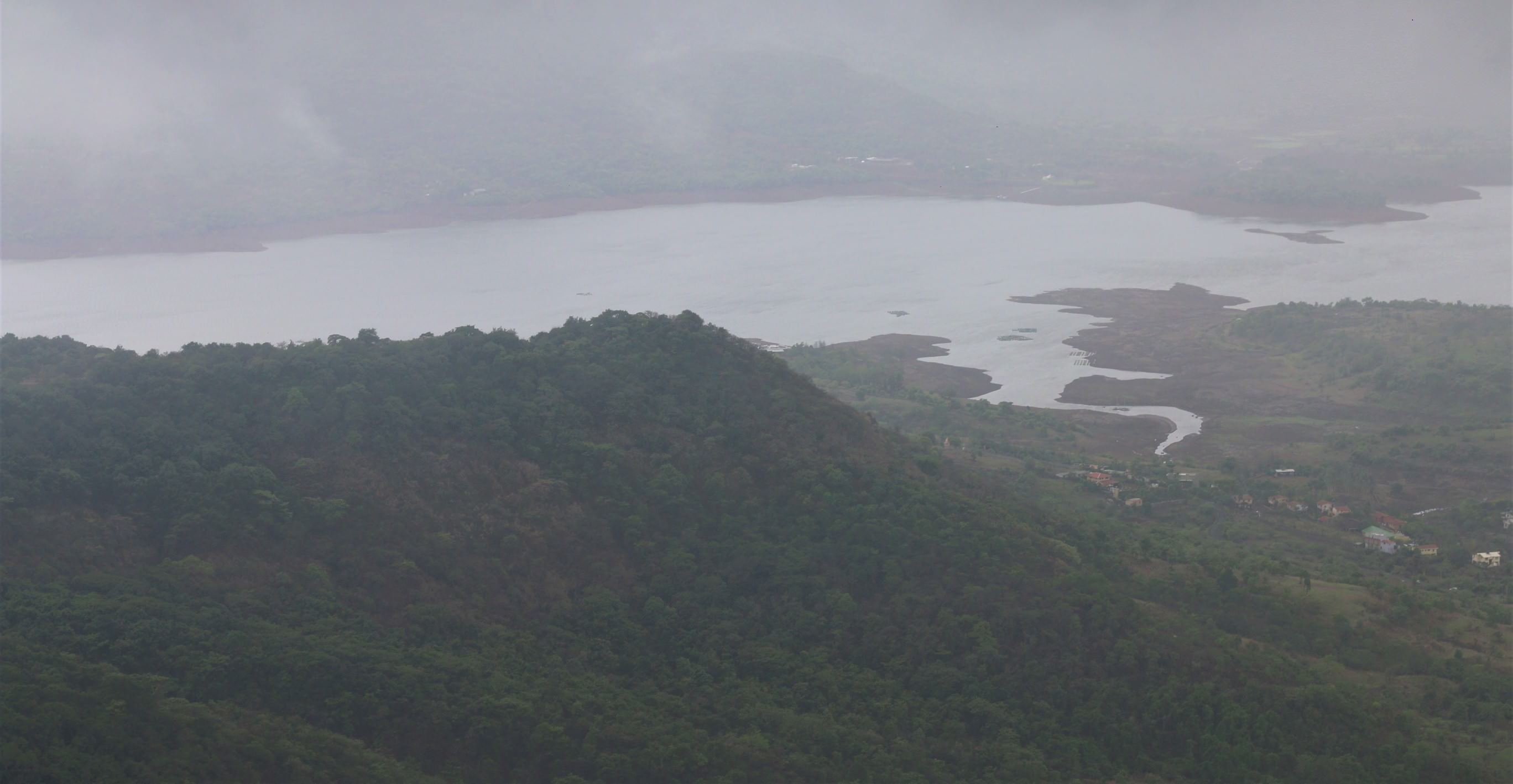 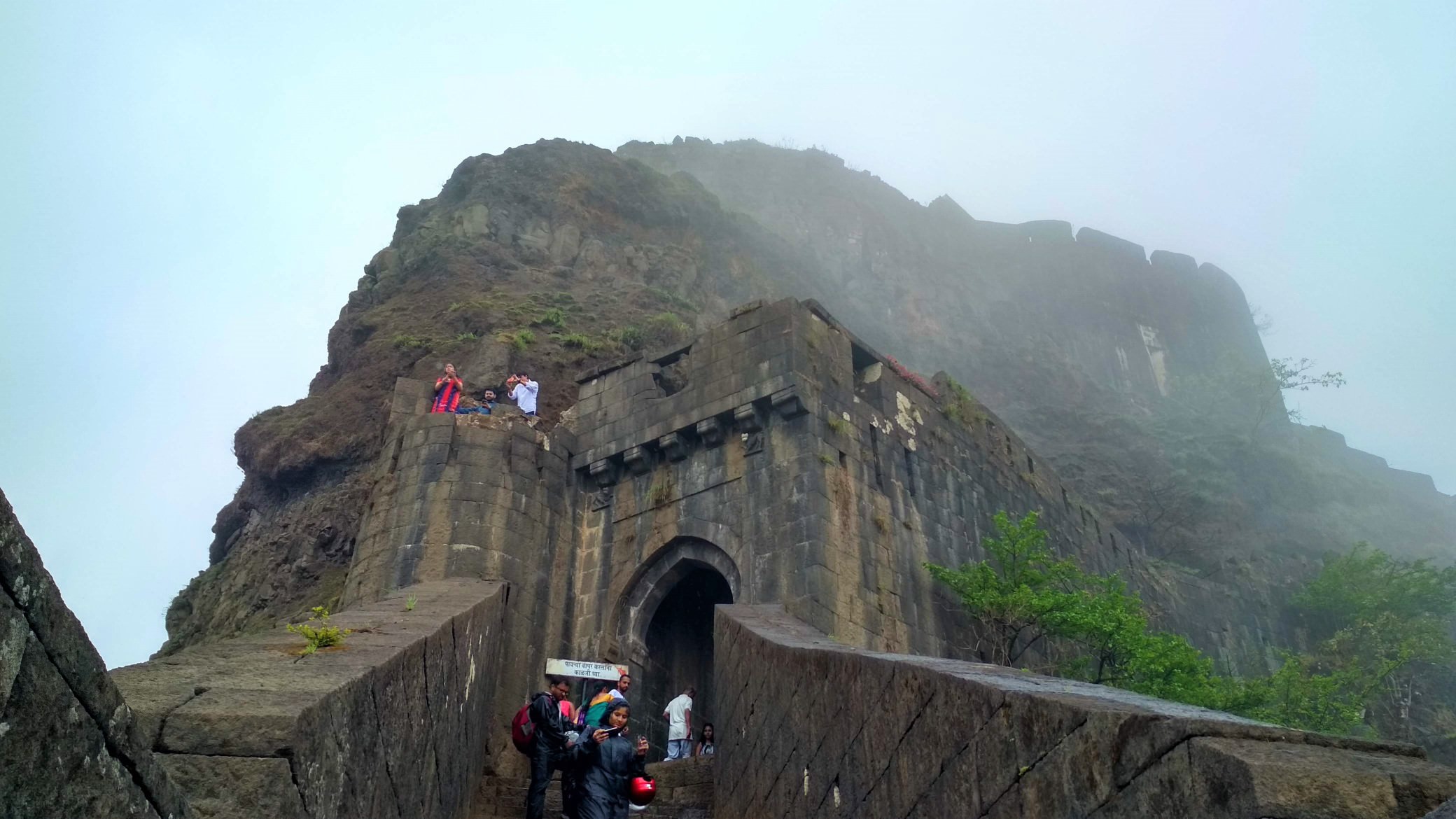 Other entrance gates as we climbed up were Narayan darwaja, Hanuman Darwaja and last entrance gate is known as Maha-Darwaja. The highlight of the fort is Vinchukata. Viewing from the fort this portion looks like scorpion’s sting and hence it is called ‘Vinchu Kata’. This ‘Vinchu Kata’ was used for keeping a watch on the nearby area. When we reached the top the wind was so strong along with heavy rainfall and mist that the Vinchukata was not at all visible. 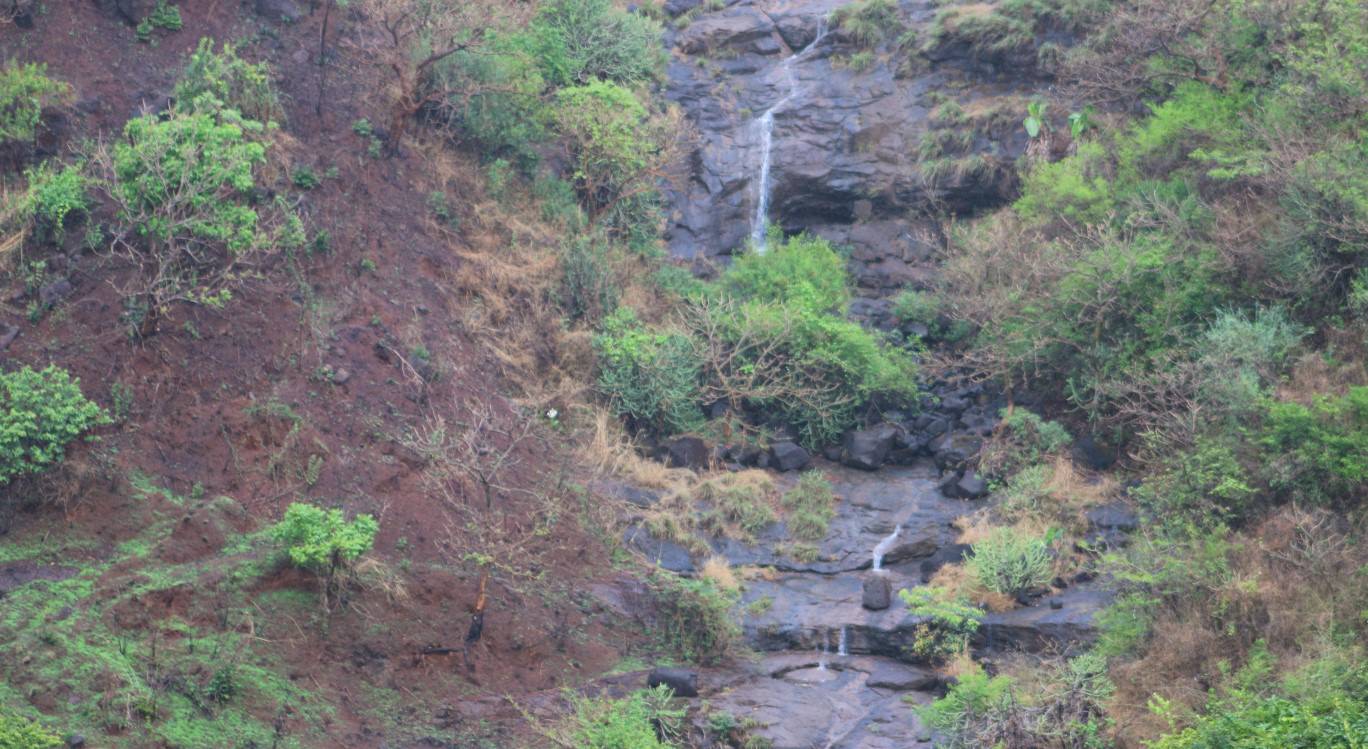 Waterfall at a distance

Even though it was not visible we went till that point just in case Sun God bestow his blessing and let us see this amazing natural landscape. The blessing was indeed bestowed, but of Rain god. It started raining cats and dogs and before we could think of anything we were already drenched in rain. Thankfully my backpack was waterproof, which helped saving my Camera and other important stuff. 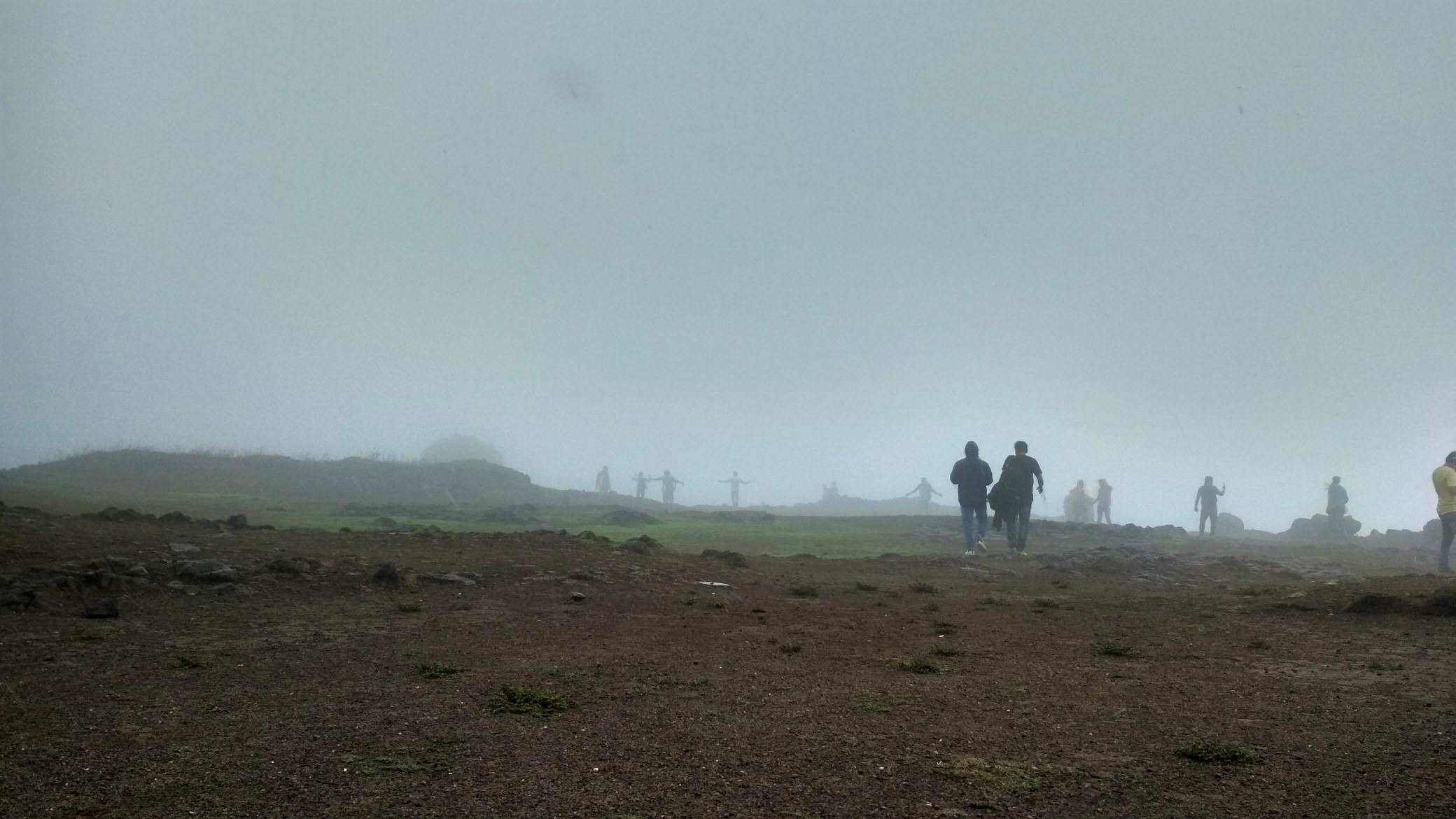 The fury of Rain Gods 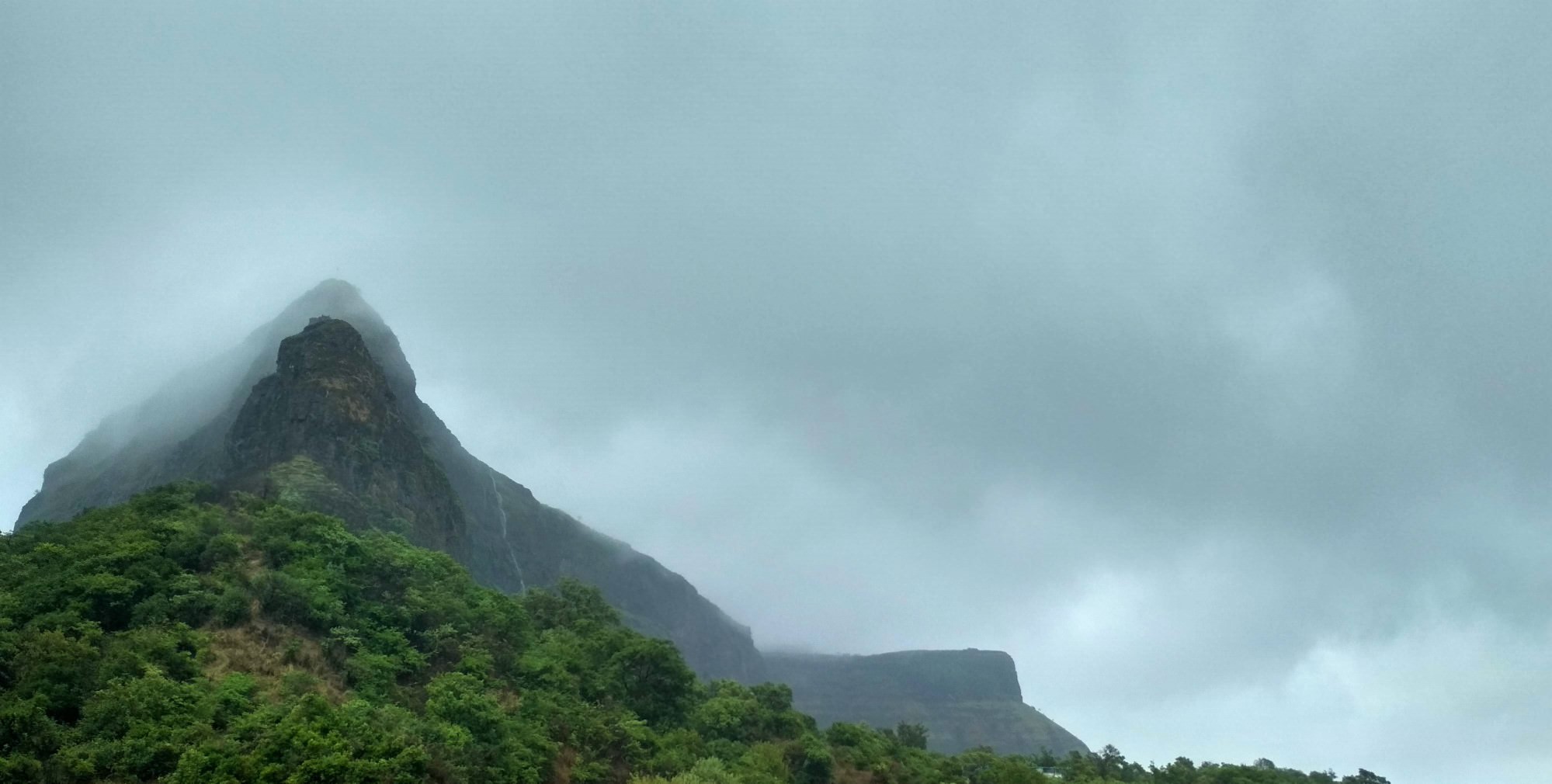 Visapur at a distance 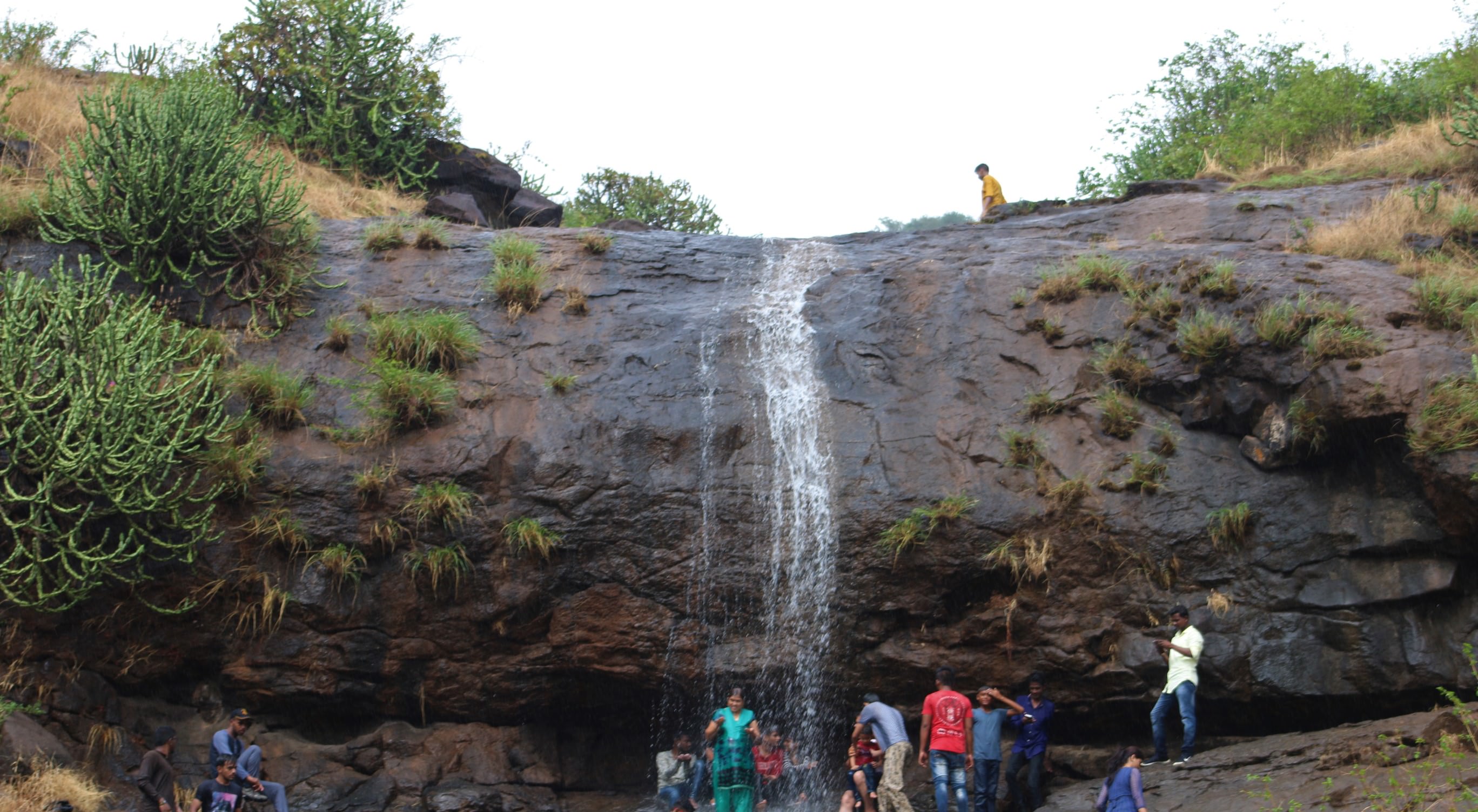 Small Waterfall near the Village

We started to descend from the fort and the rain became stronger. The fort was filled with water and somehow we managed to reach the base. We waited for the rain to stop in a tea shop in the base village, It was a moment of serendipity sipping that hot tea in the rain.

After having Maggi in a local shop we reached the Malavi Train station waited for our to come. The train was jampacked with people, but somehow I got the seat. Like this, we ended this pleasurable trek. 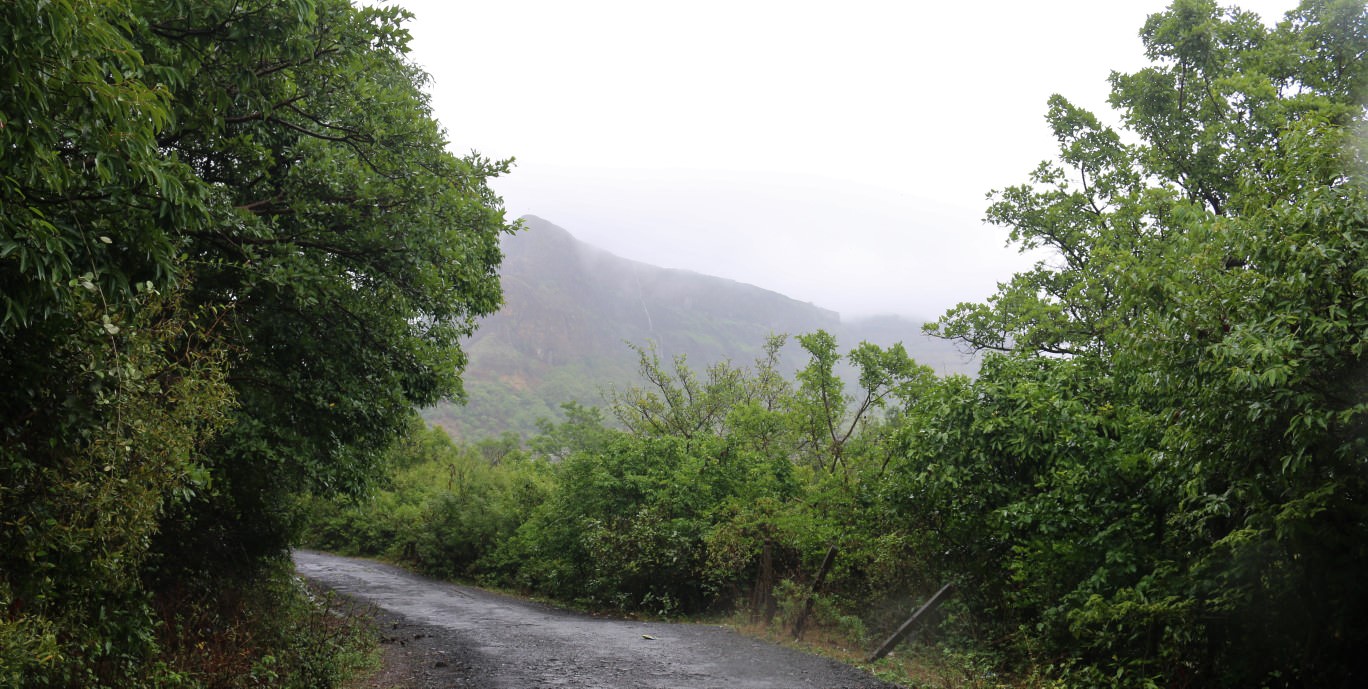 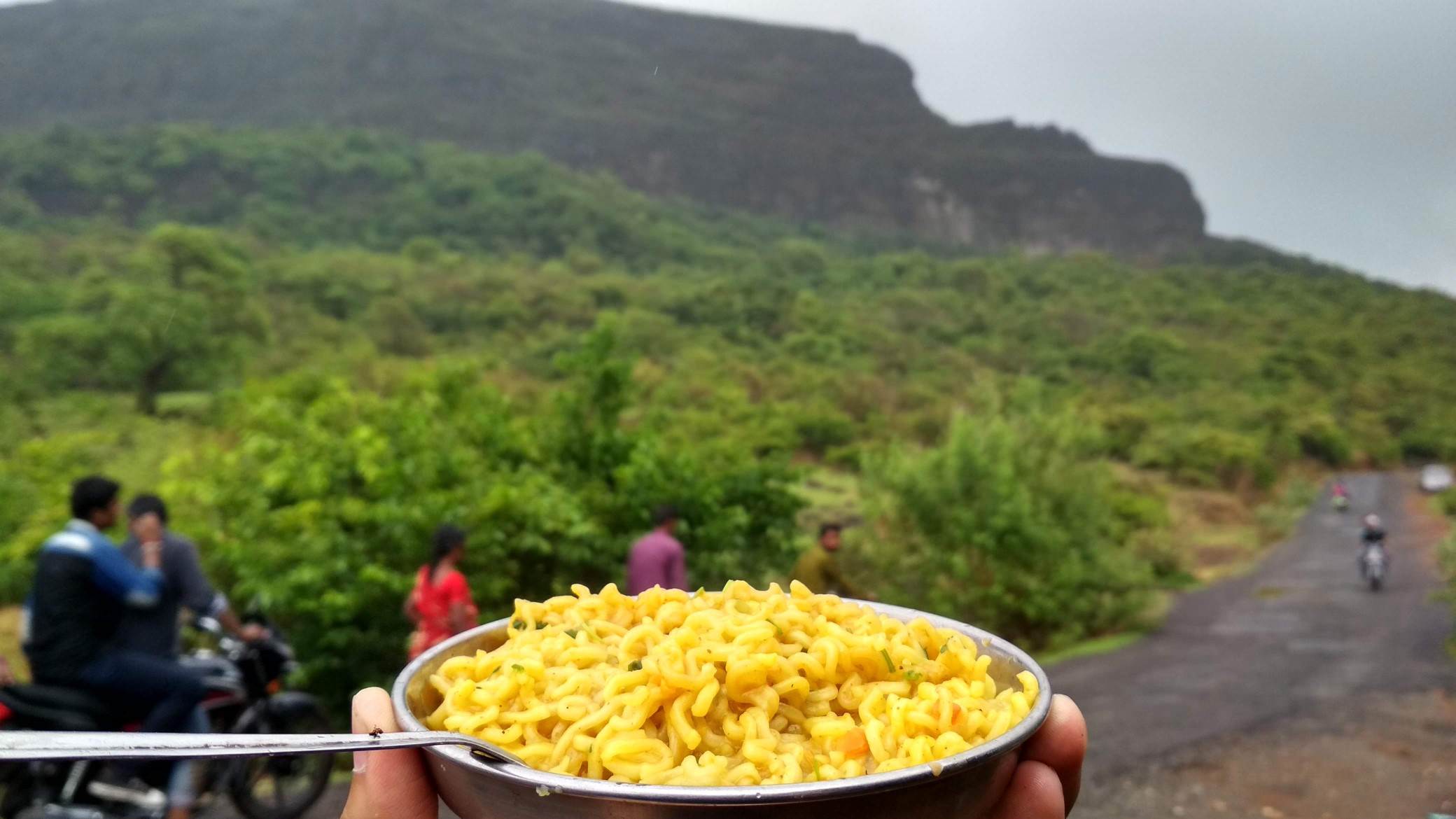