Uttarakhand is called Land of gods just for nothing. It holds some of the best treasures of nature be it valleys, rivers, meadows, lakes, hills or mountains. On this weekend we planned a quick trip to Nainital district, to see what other things it has to offer apart from nainital. 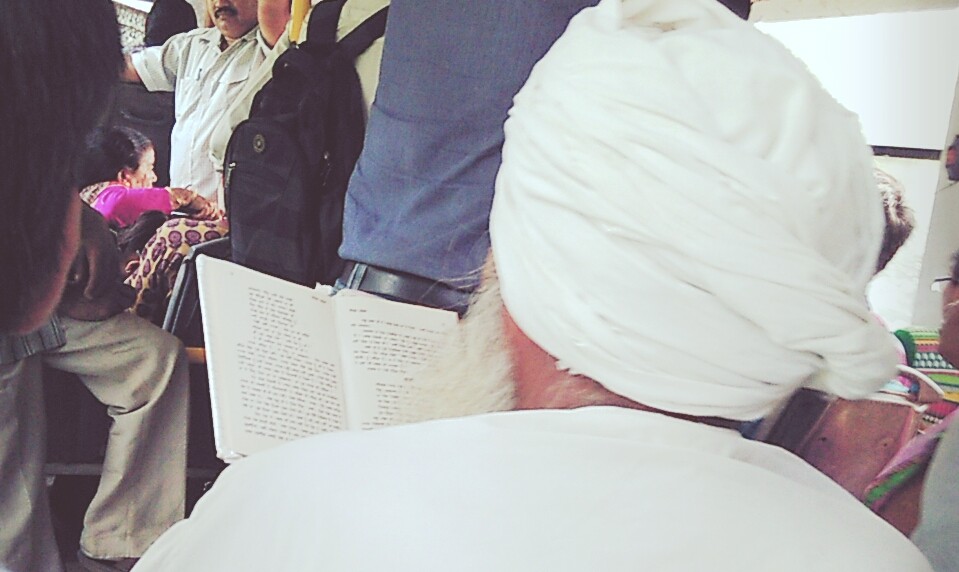 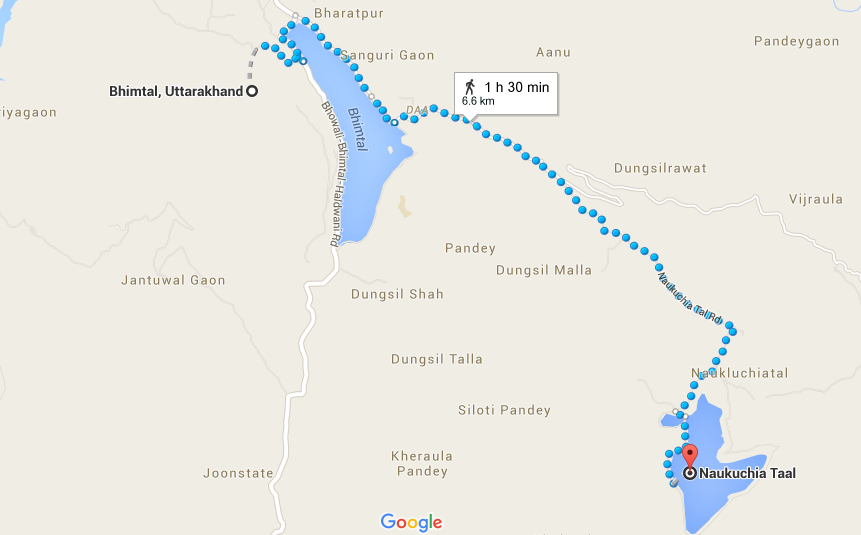 Walk Across the valley 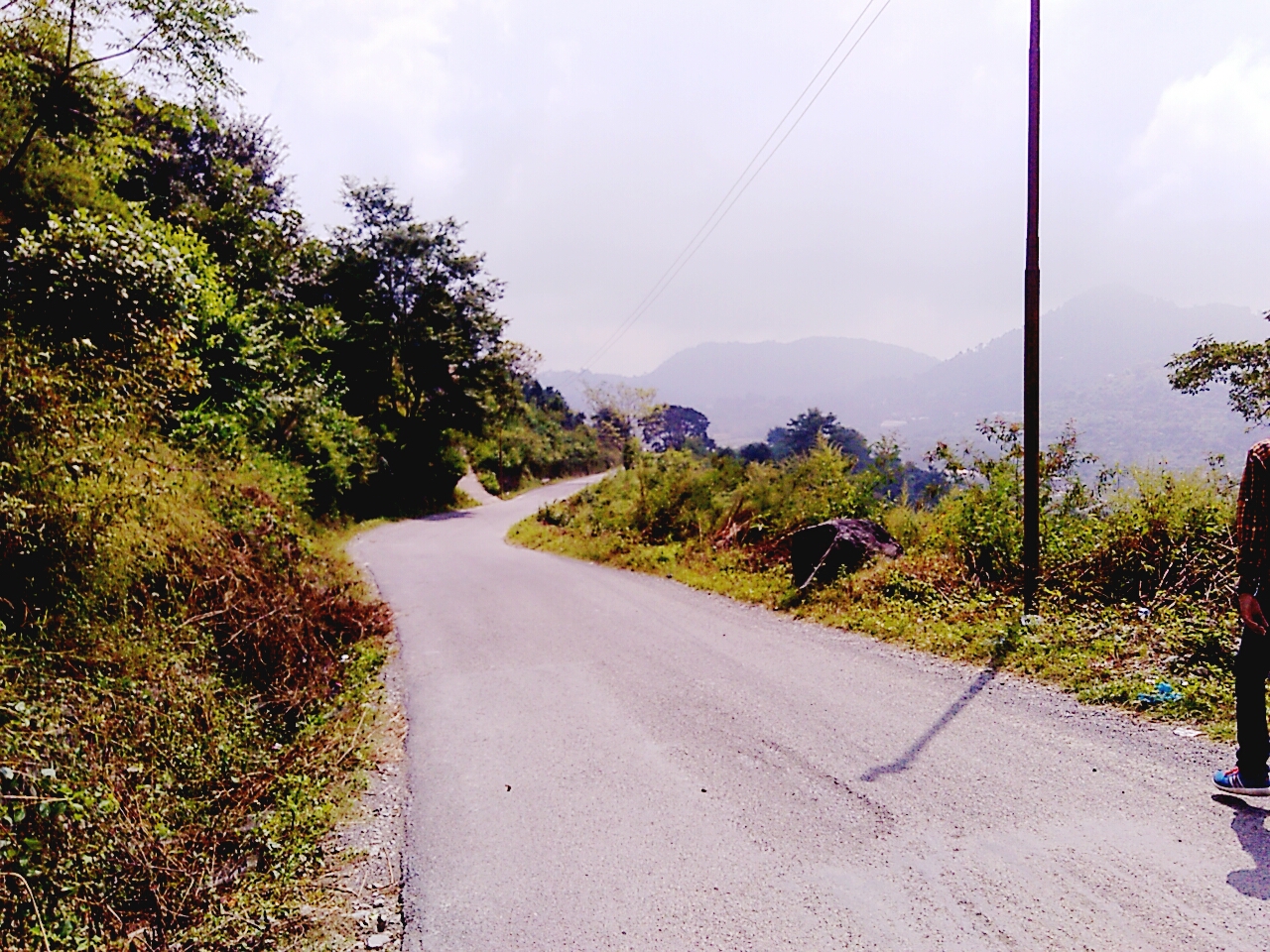 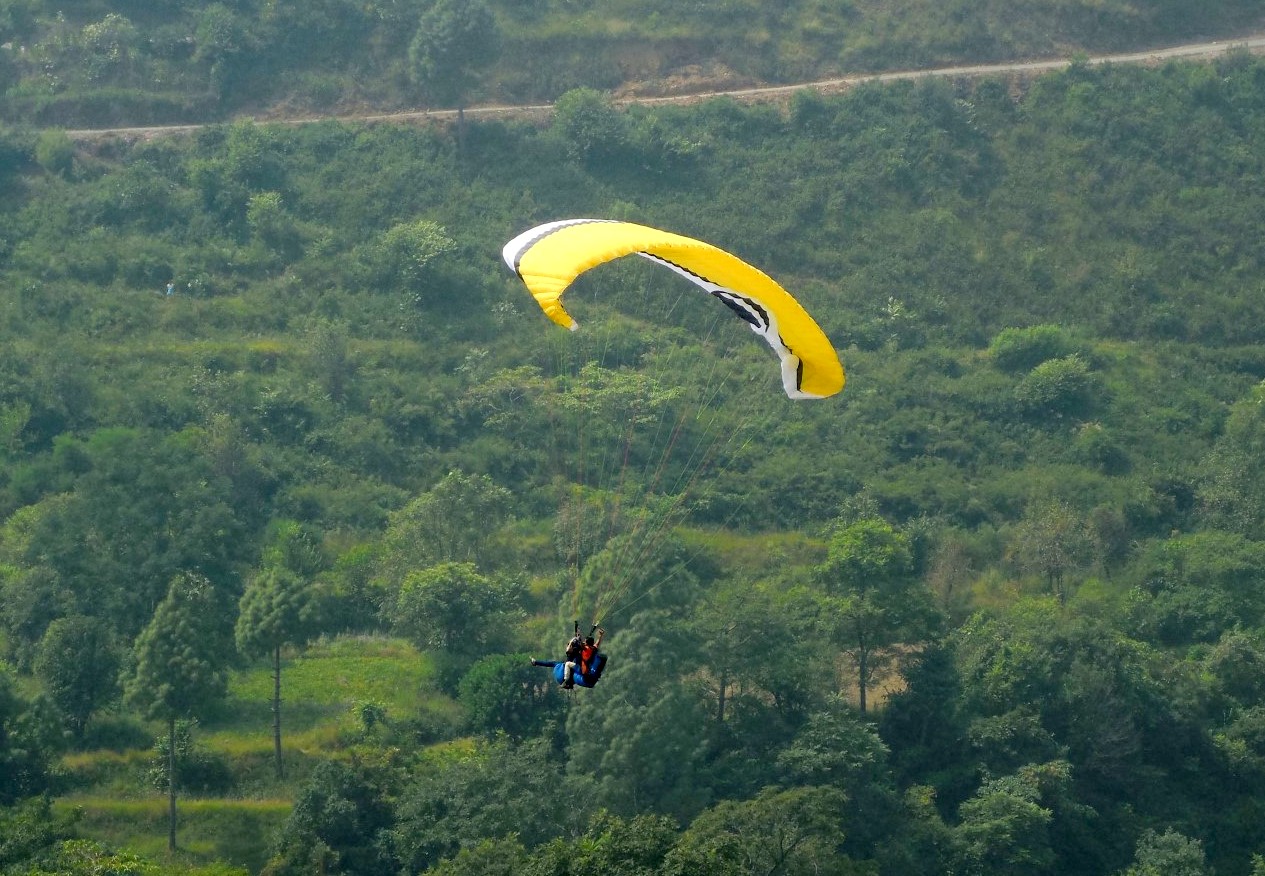 Paragliding (We didn’t had time (or the money))

We boarded a local bus from haldwani and reached bhimtal. From bhimtal trekked seven kilometers to naukuchiatal. On our way we met an old man who guided us through the roads. We came to know about a folklore that one who sees all nine corners of naukuchiatal from one place will attain nirvana. On our way we saw paragliding and other adventure sports happening in the valley. 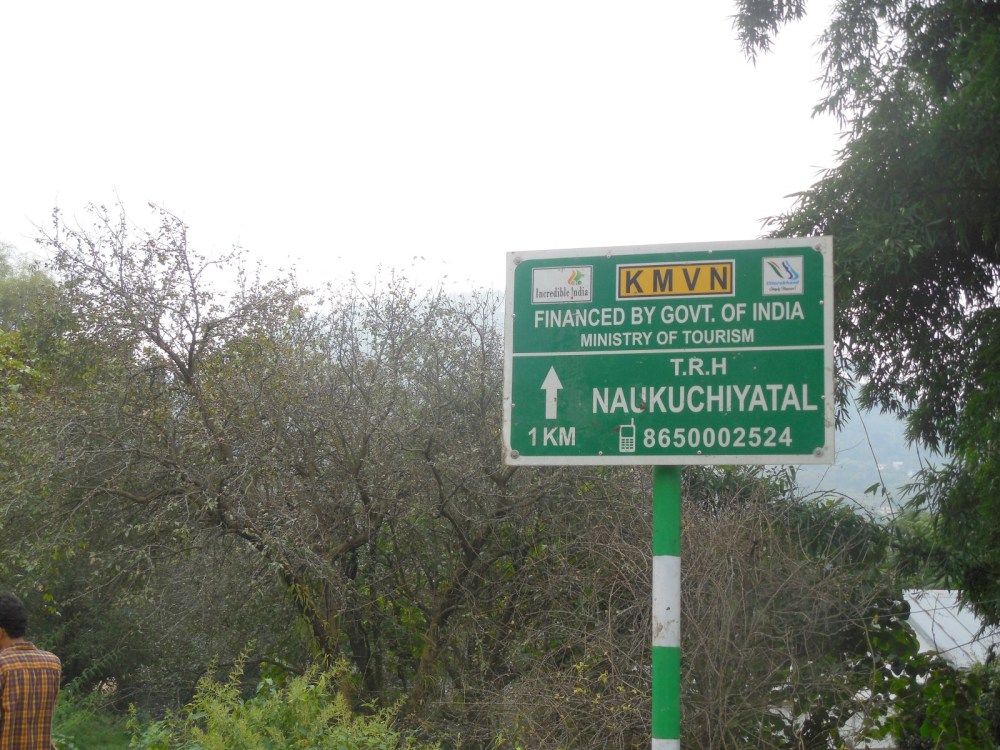 We reached naukuchiatal after approximatly 2 hours of journey on foot. Everyone was exhausted, still we took a foot-paddle boat and covered the lake. The lake was very serene and beautiful. The silence in the middle of the lake was just fascinating. In the meantime the clouds descended the hills and filled the lake with fog. The ripples on the lake and birds chirping somewhere in the woods made enviroment more delighful and enchanting. 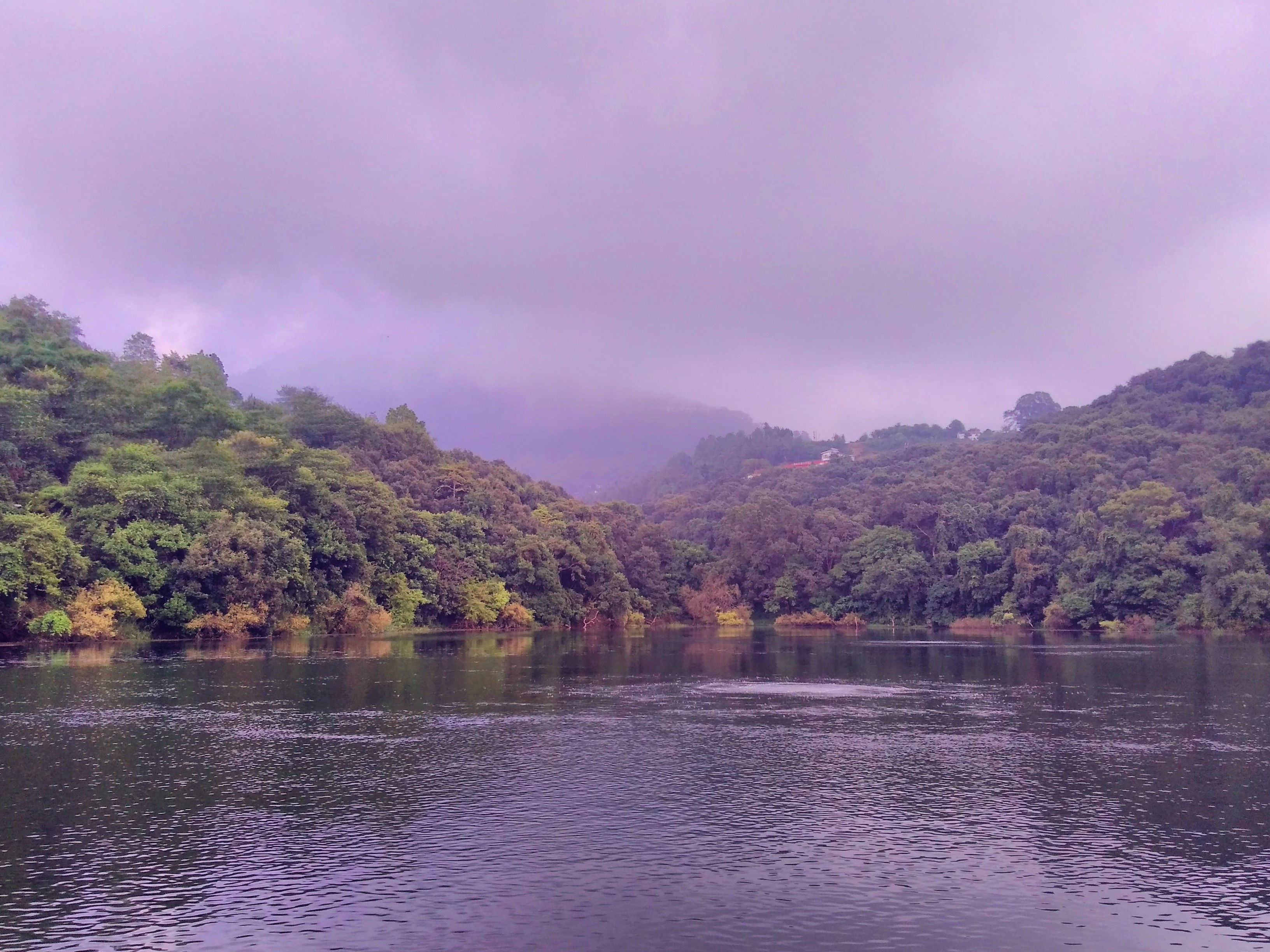 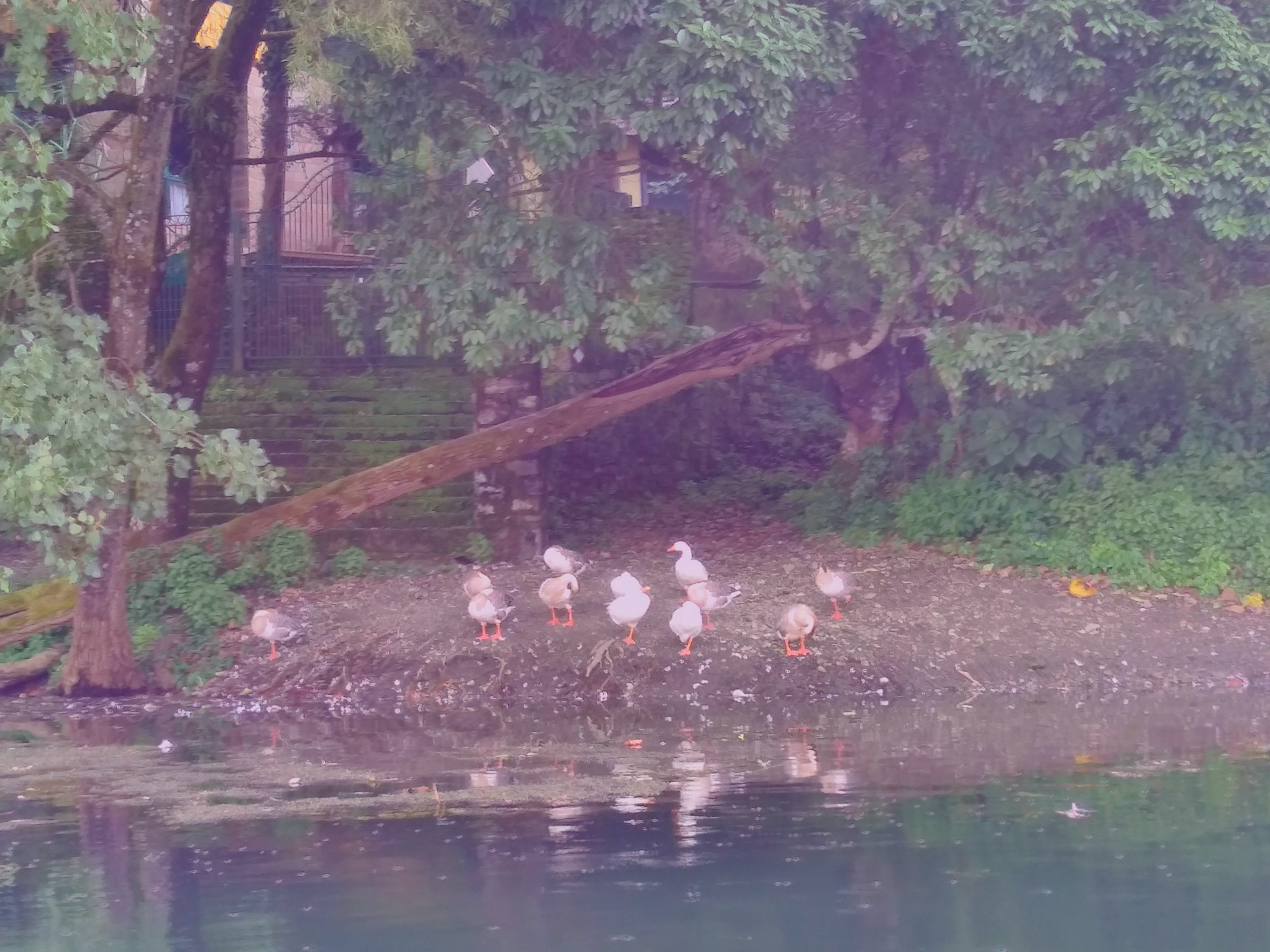 Ducklings at the lake 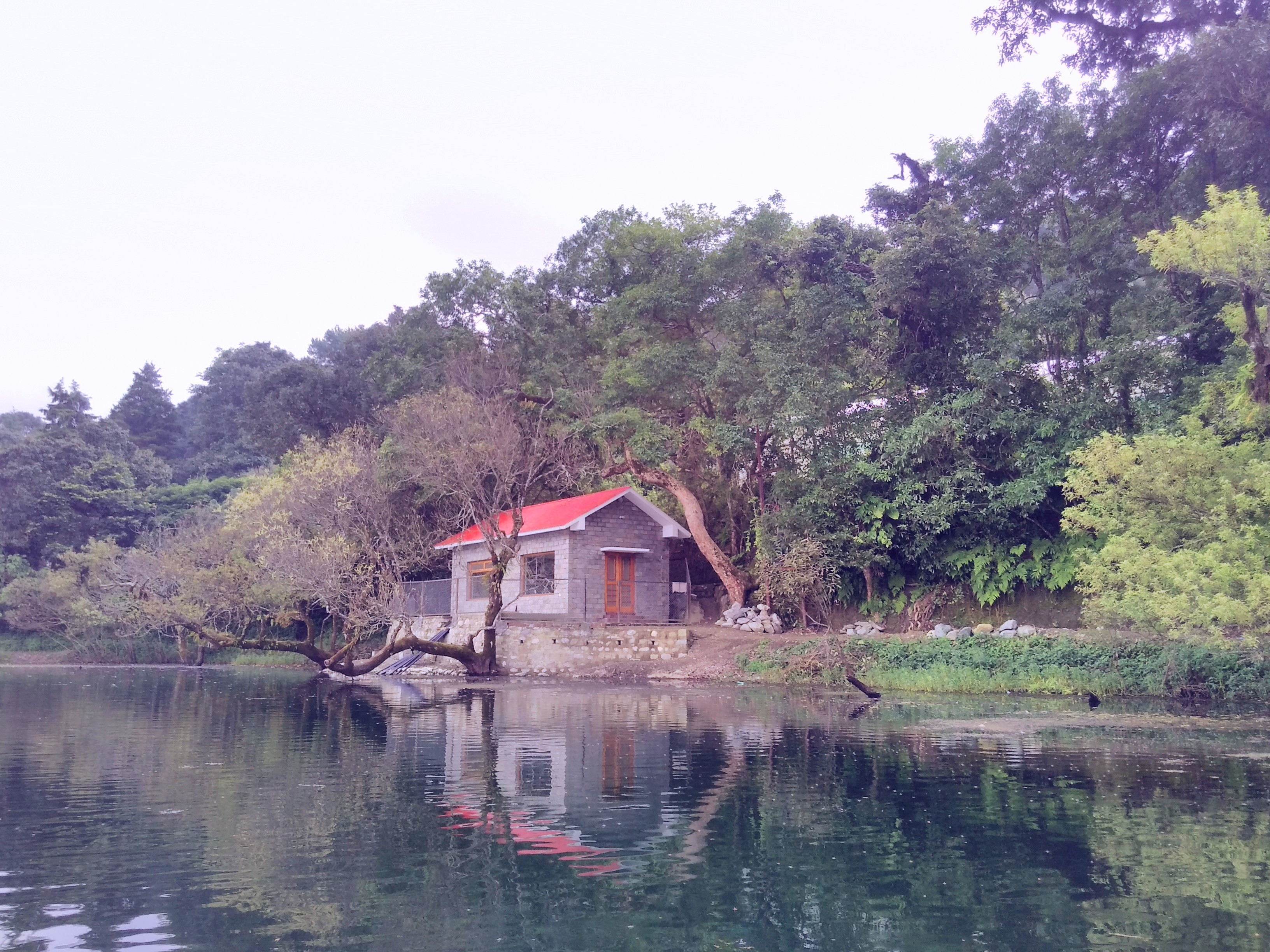 After coming to Naukuchiatal my infatuation with Nainital came to and end.