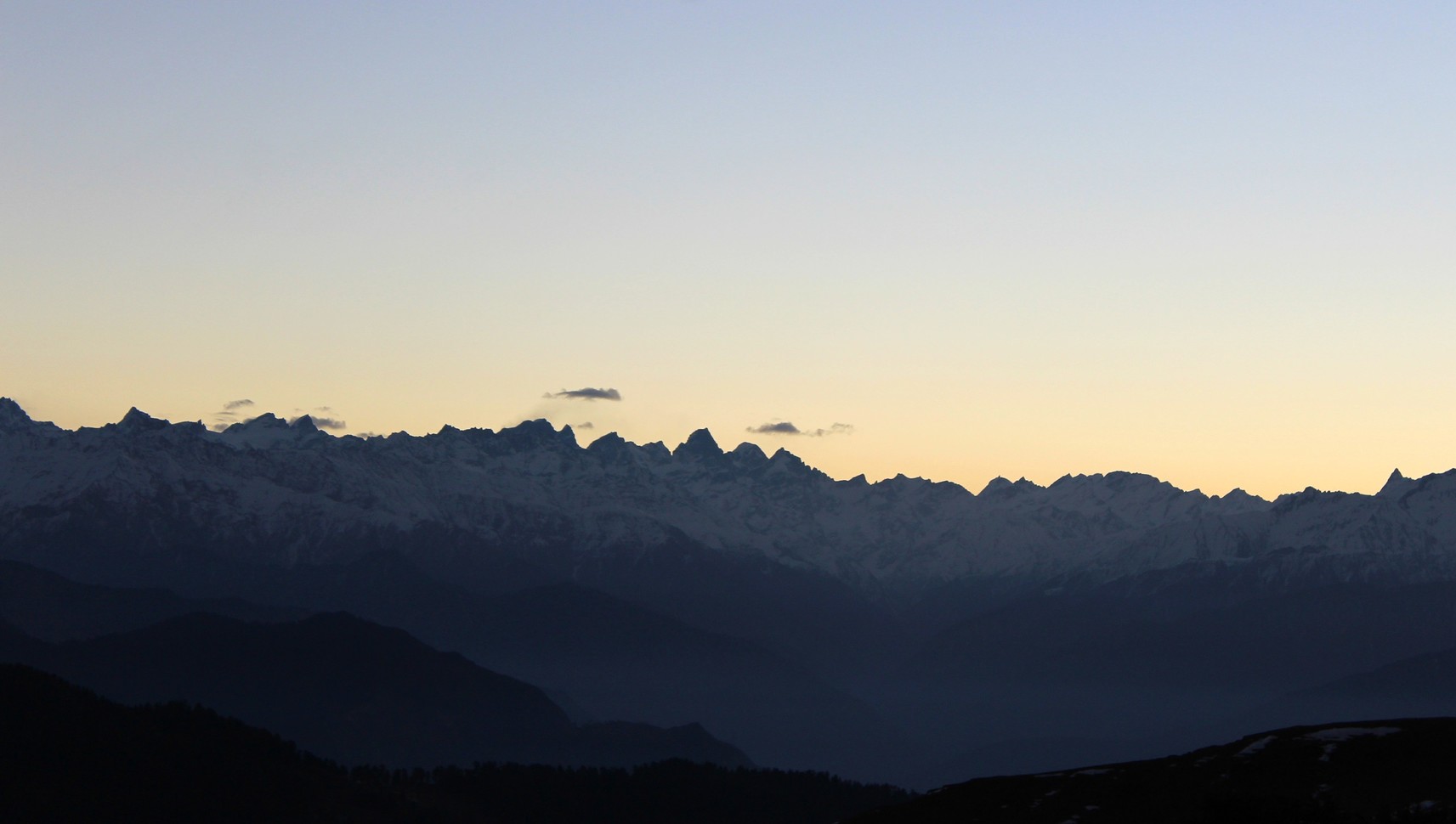 Someone has said, “A Journey is best measured in friends”. And this time, we were seventeen. Parashar lake is one of the treks which was on my bucket list for many years. Many Blueprints and failed plans later this weekend we finally were ready for the trek.

My fellow trekkers had switched jobs due to which only Prateek and I were left in Gurgaon. So we decided to pitch the idea to our team. Fortunately or unfortunately seventeen of them agreed. Our independent Alpine trek was becoming a well planned corporate getaway. But it was not. 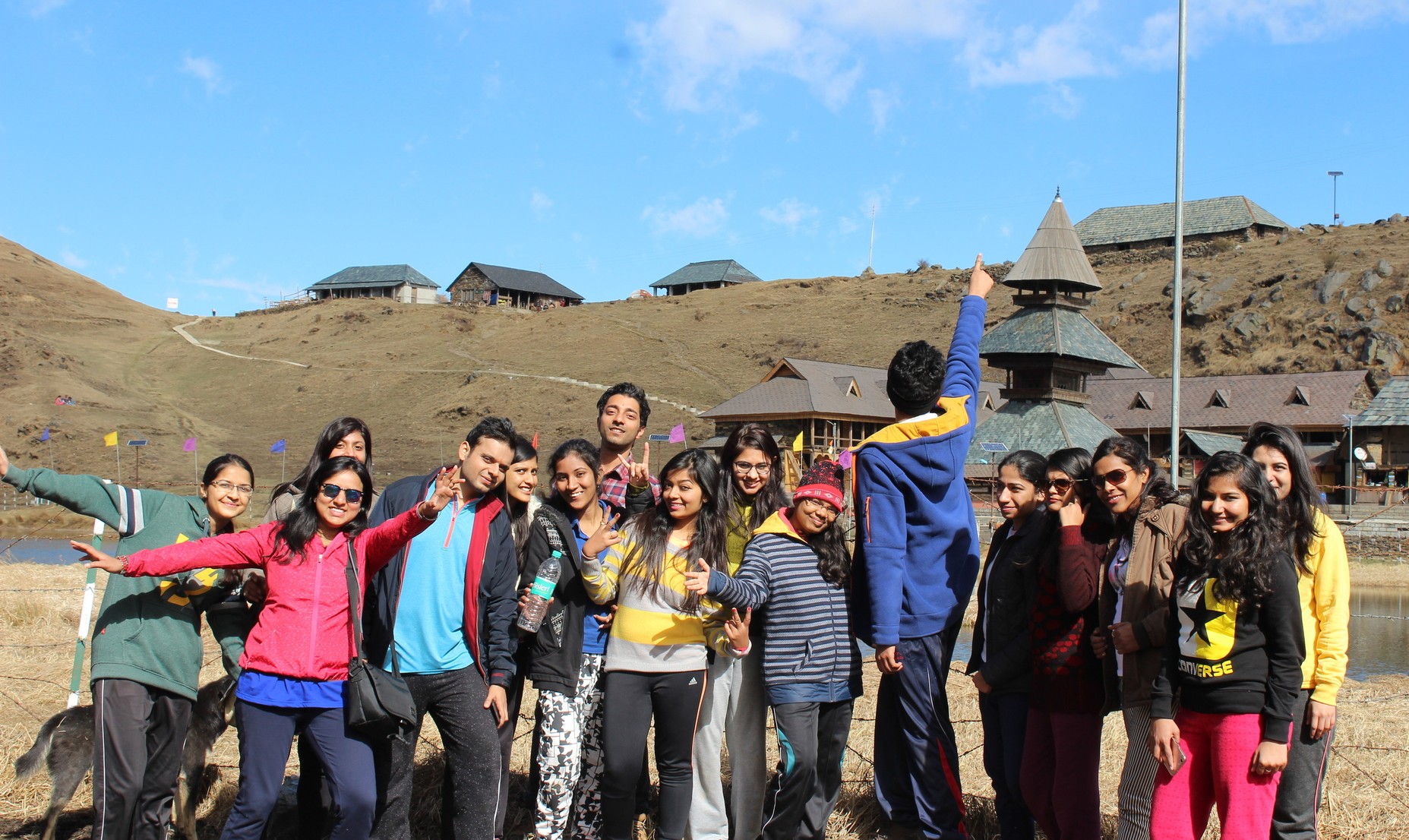 Parashar lake is located 9000 feets above sea level, offers an 180-degree view of the Dhauladhar, Pir Panjal and Kinnaur mountain ranges. It also has many stories associated with it. It is called mysterious lake because no one yet knows the actual depth of the lake and the mini island inside the lake where Rishi Parashar supposedly meditated changes its position around the year.And interestingly the priest of the temple is not a brahmin but a Rajput. They say one of the kings was unhappy with the local priest so he appointed a Rajput priest to display his powers. 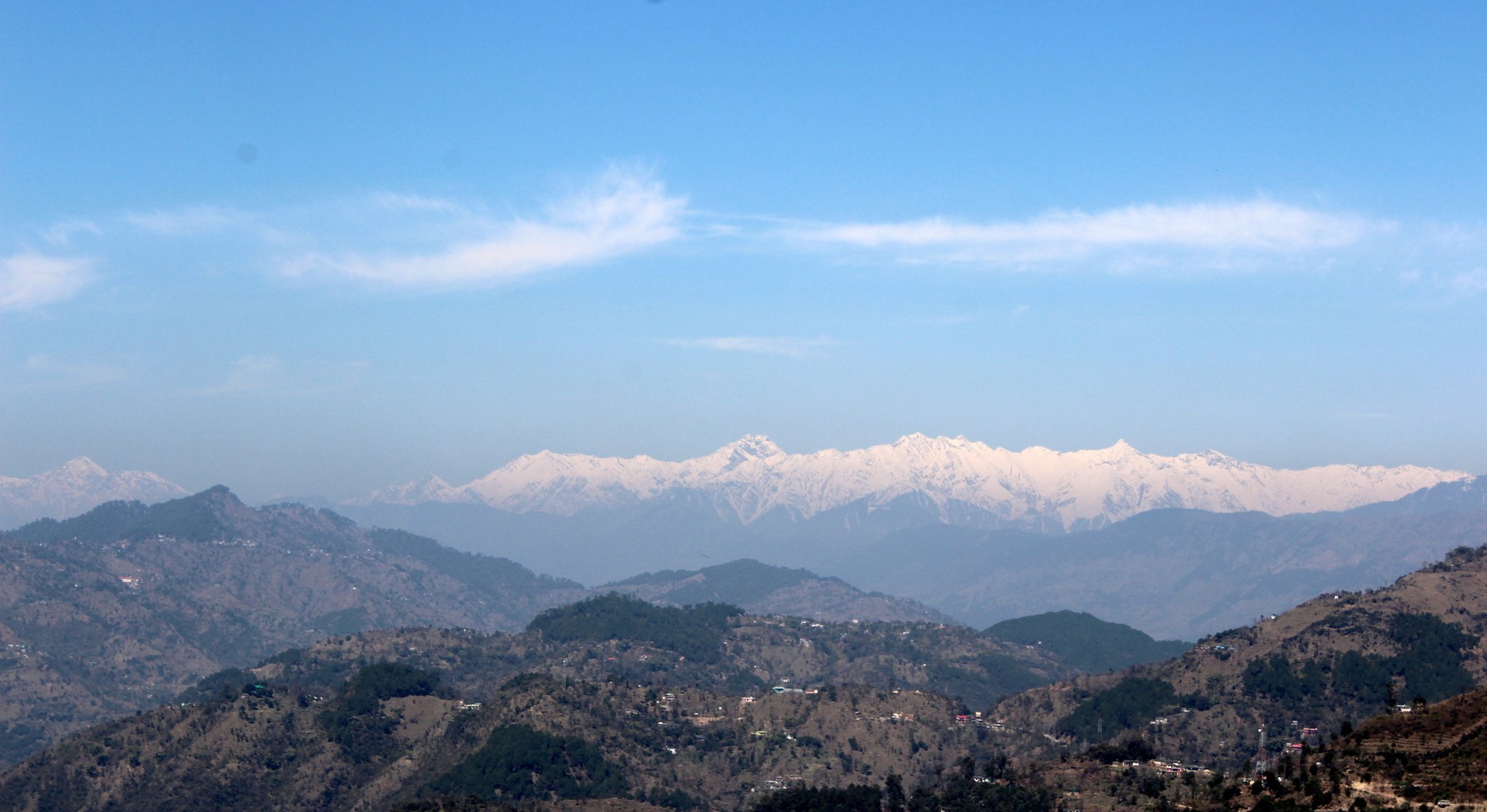 There are two ways to reach the top. First the trekking route, which goes from beautiful forest and small meadows to the lake and other is a bit risky mountain road.

We gathered at MG Road metro station and started our journey to Mandi at 9:00 pm. After dinner at Amrik Sukhdev (A very popular Dhabha at Murthal) we continued. It was a sleepless journey as five of us had to stack in the last seat.

Somewhere in Punjab our traveller got punctured. Luckily we were able to find a shop at 4 am that helped us fix it.

After another series of unfortunate events crossing Chandigarh, mandi and other small villages we reached Bagi village at 2 pm. Considering the trek takes around 5 hours to complete, Prateek and I stayed back for organising supplies and other started the trek from Bagi. 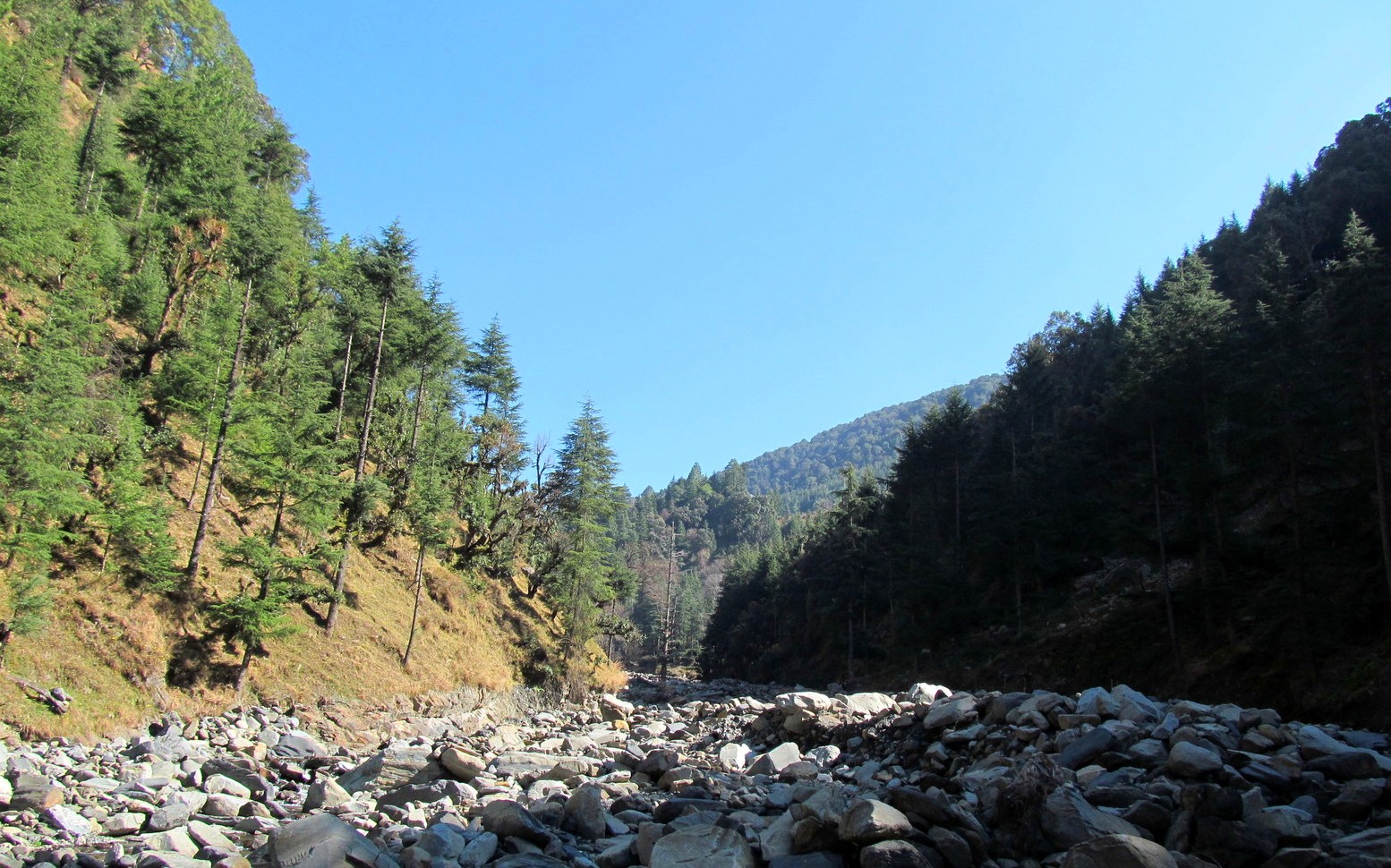 The Forest of Parashar 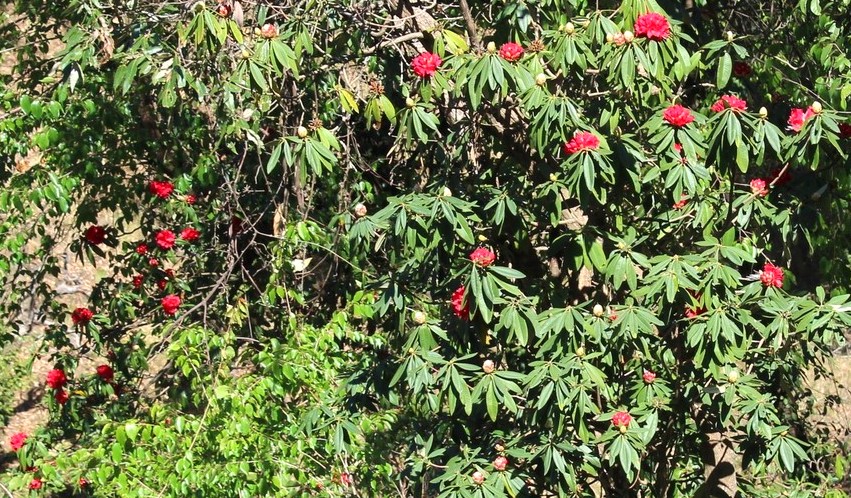 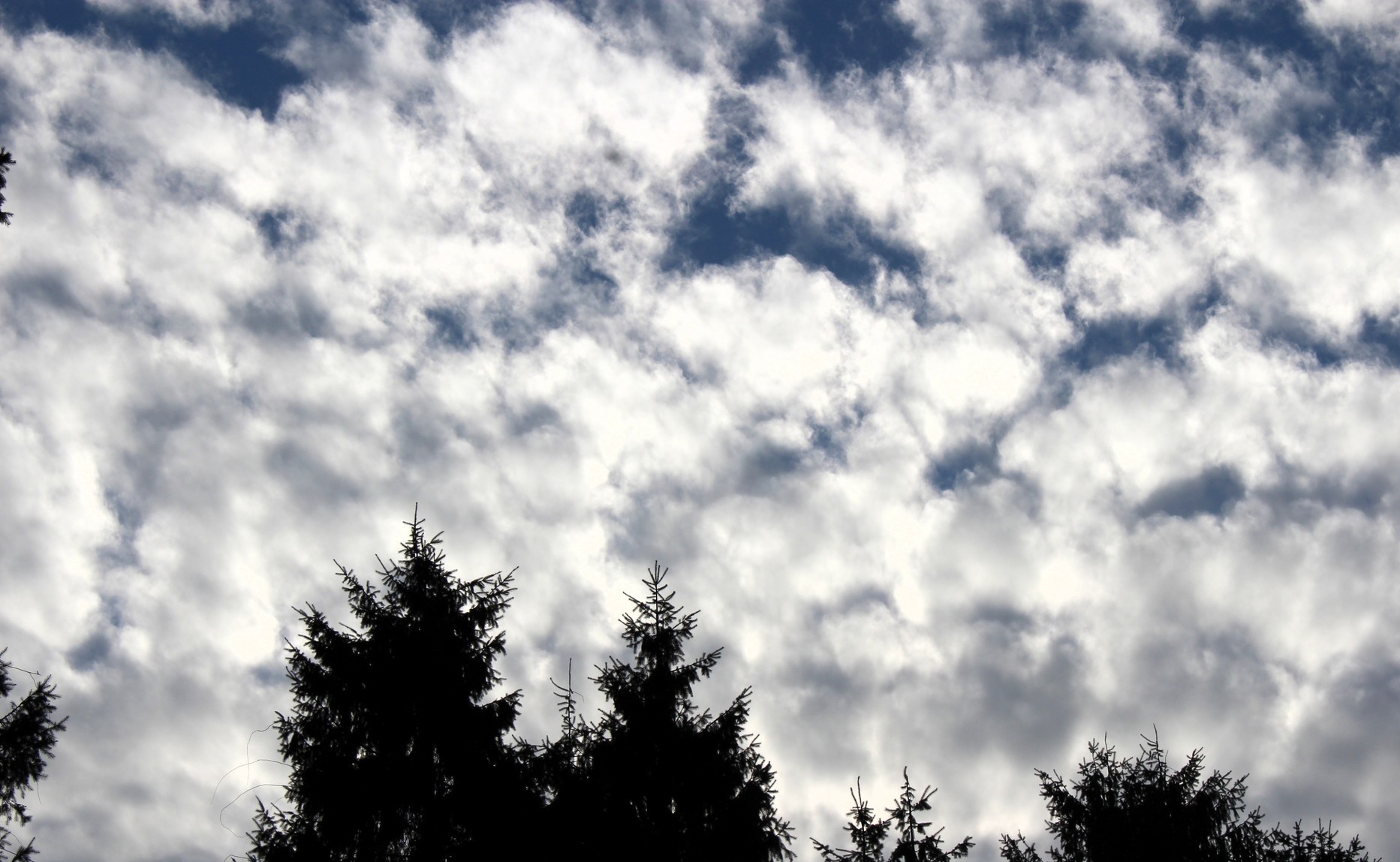 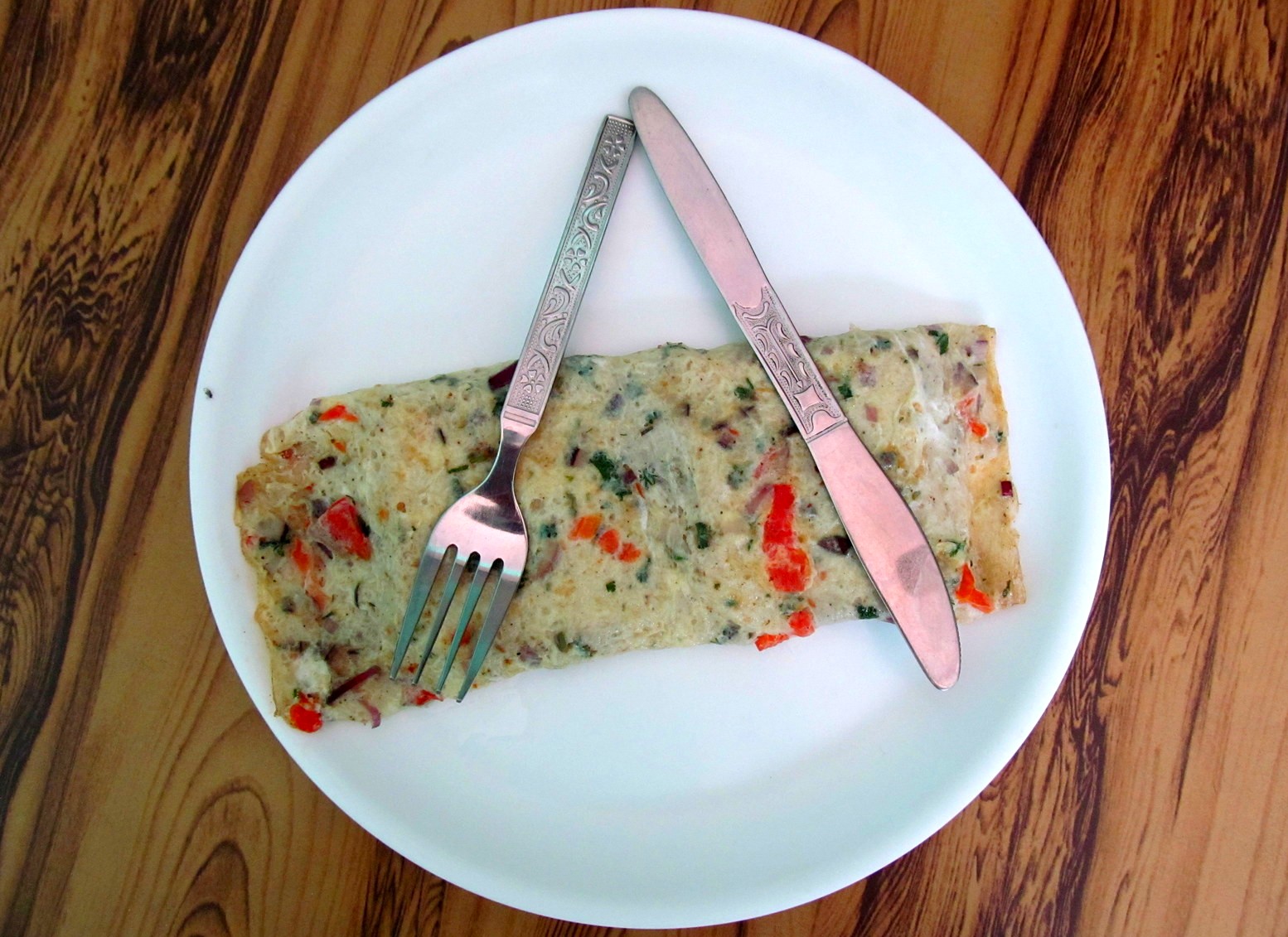 Krishna Cafe in midst of the wilderness provides a great meal for the trekkers. From there, half an hour later our backpacks were stuffed with 35 paranthas and omelettes. Both of us rushed to meet our 15 hungry trekkers. After crossing the small stream of rivers we ventured into the hills. After a few minutes, we heard some voice. A guy communicated to us that we are going on a wrong path. Then I thought of what if 15 others had gone on the same wrong path. We met this guy and he told us that he is a guide and has already sent our previous group on the correct route. 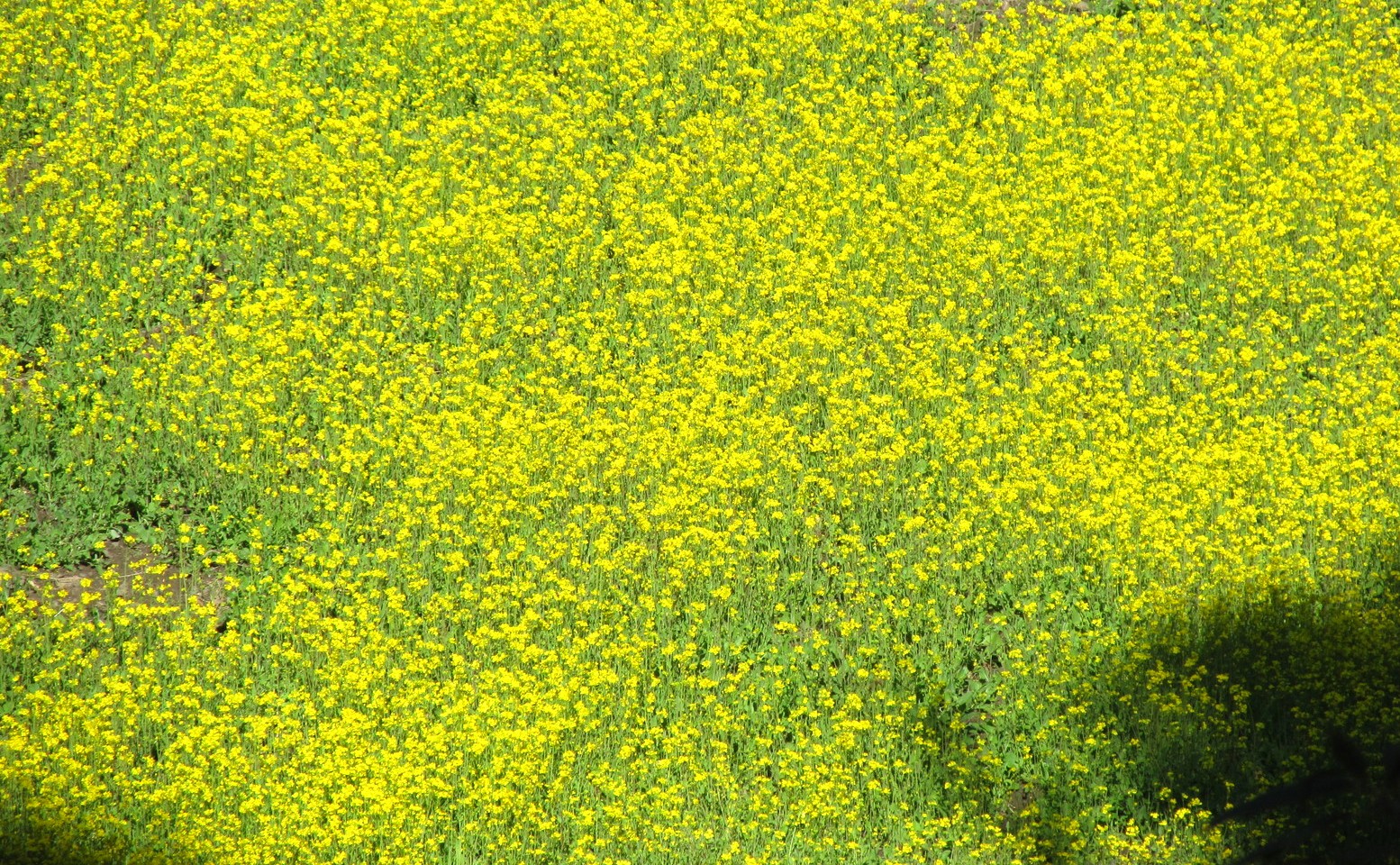 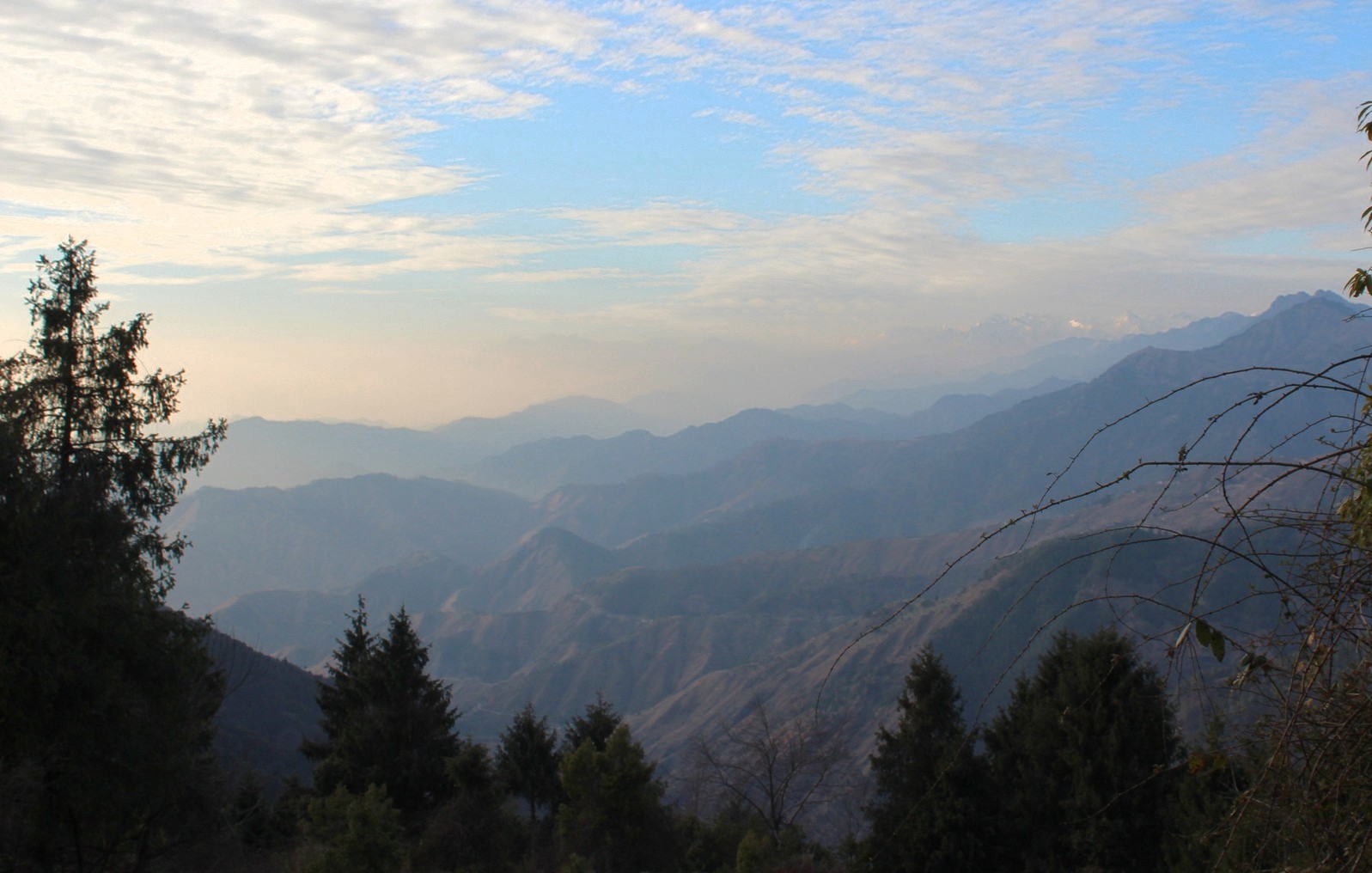 After half an hour we met the rest of the group still pumped up for the trek. We still had a long way to go. After having a quick lunch we again started the trek. I was at the end to make sure no one is left behind. Since it was a working day the trail was clean and devoid of trekkers. As we moved up, it started growing dark and cold. 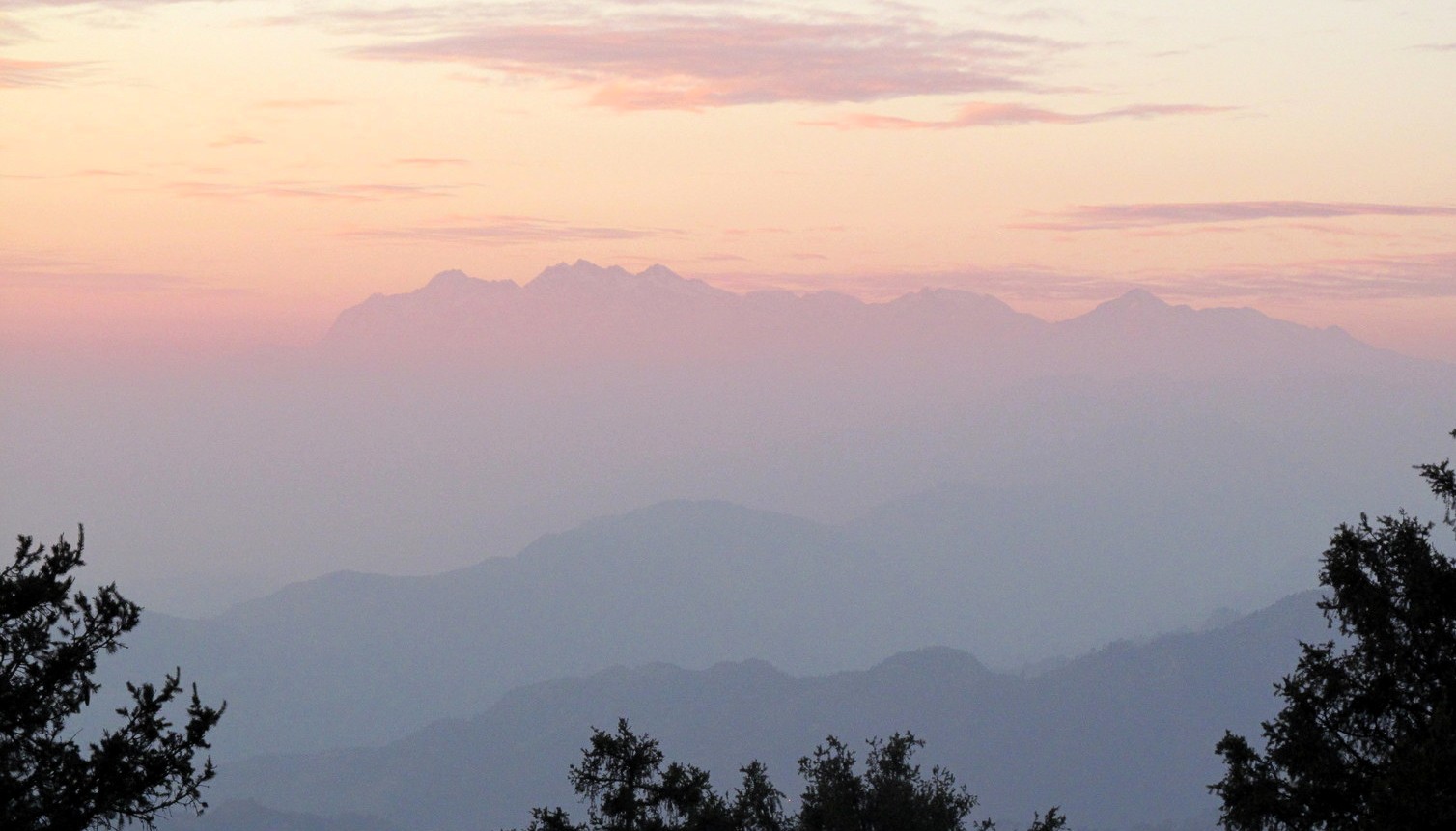 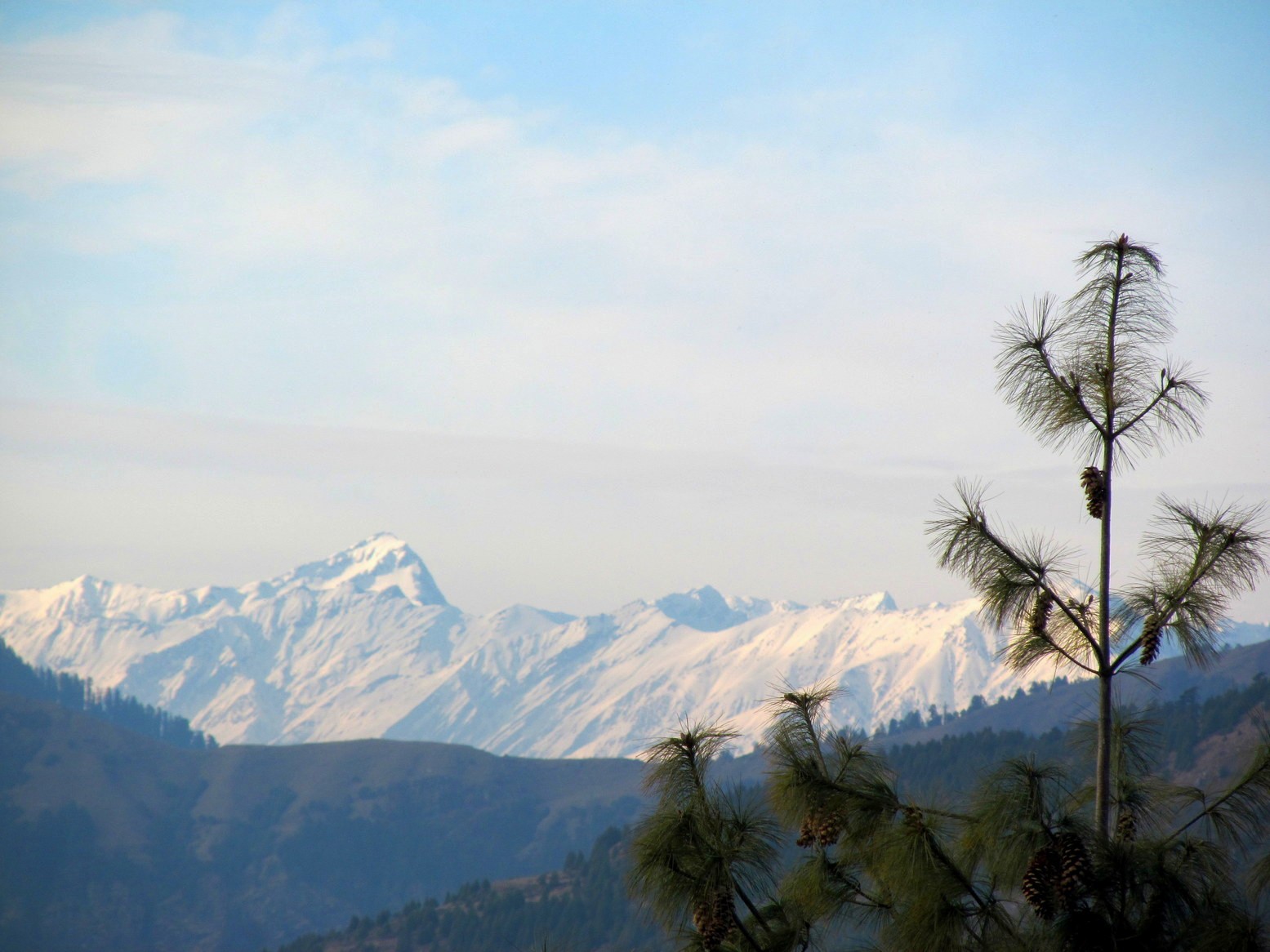 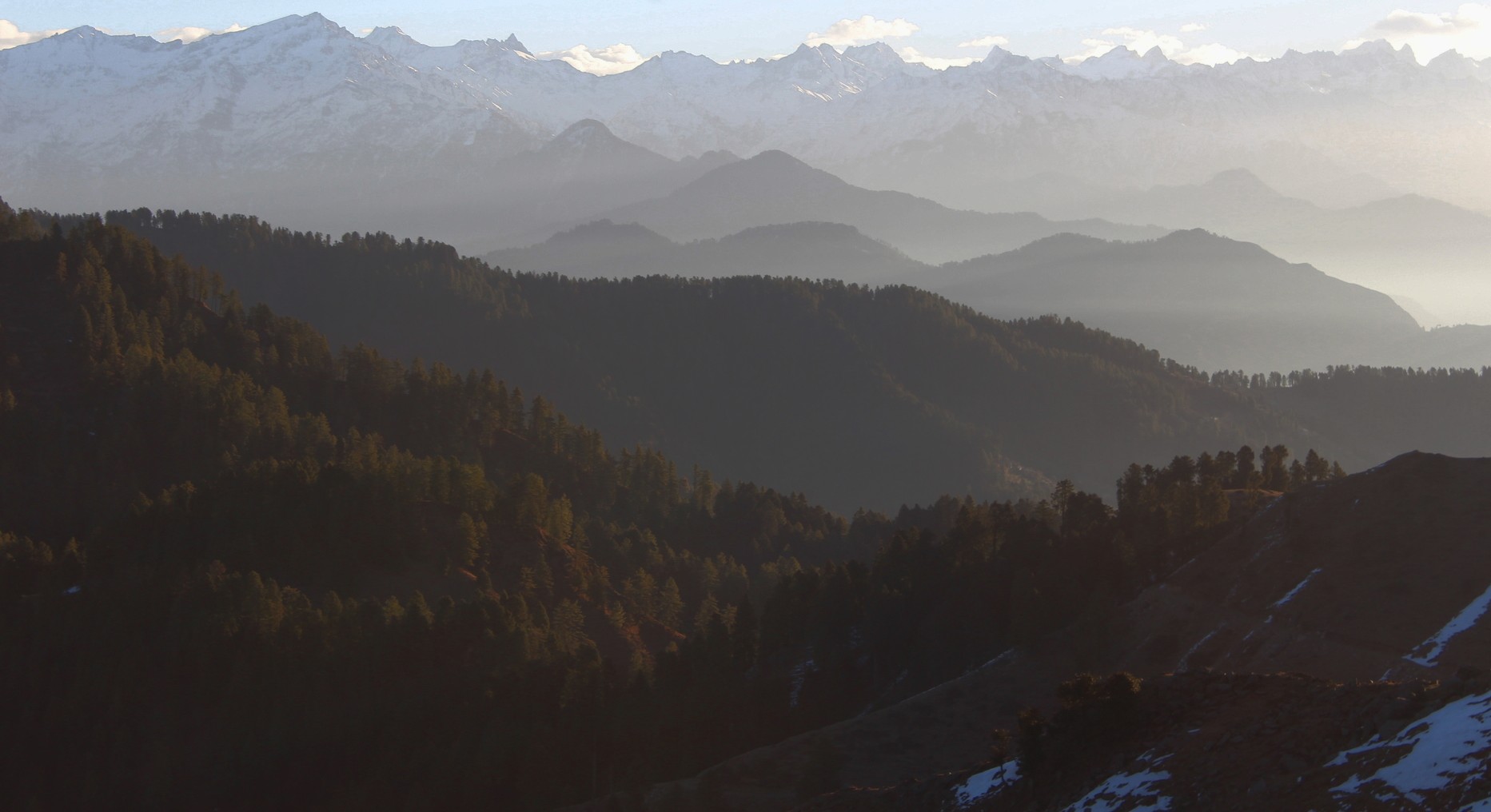 The layers of mountains

As the sun went down so was the motivation of the group. Somehow together we reached to the tents which were pre-arranged by Prateek. After some funny tales near the campfire and witnessing most amazing night sky, some of us went into the camps and some of us went to the lodge. 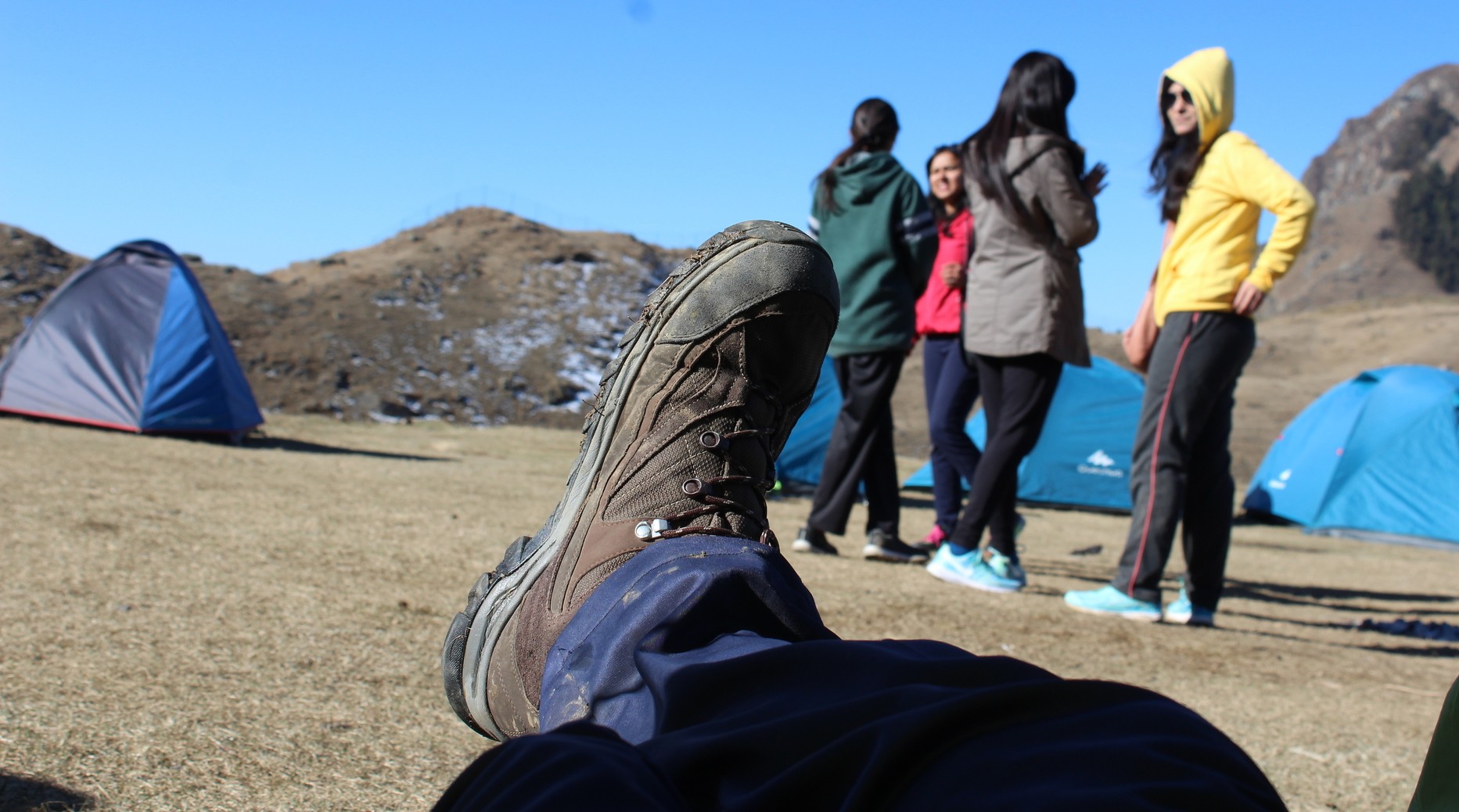 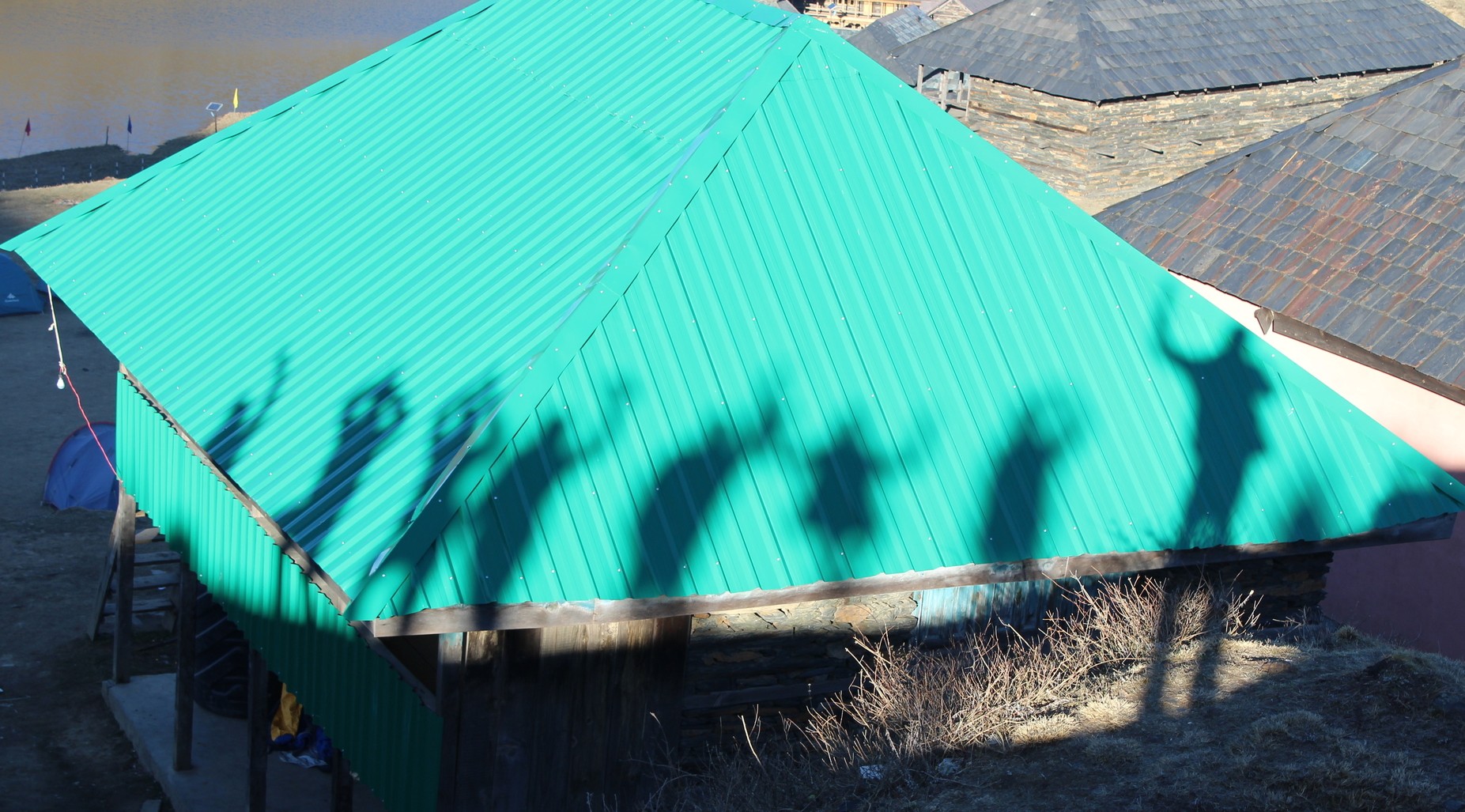 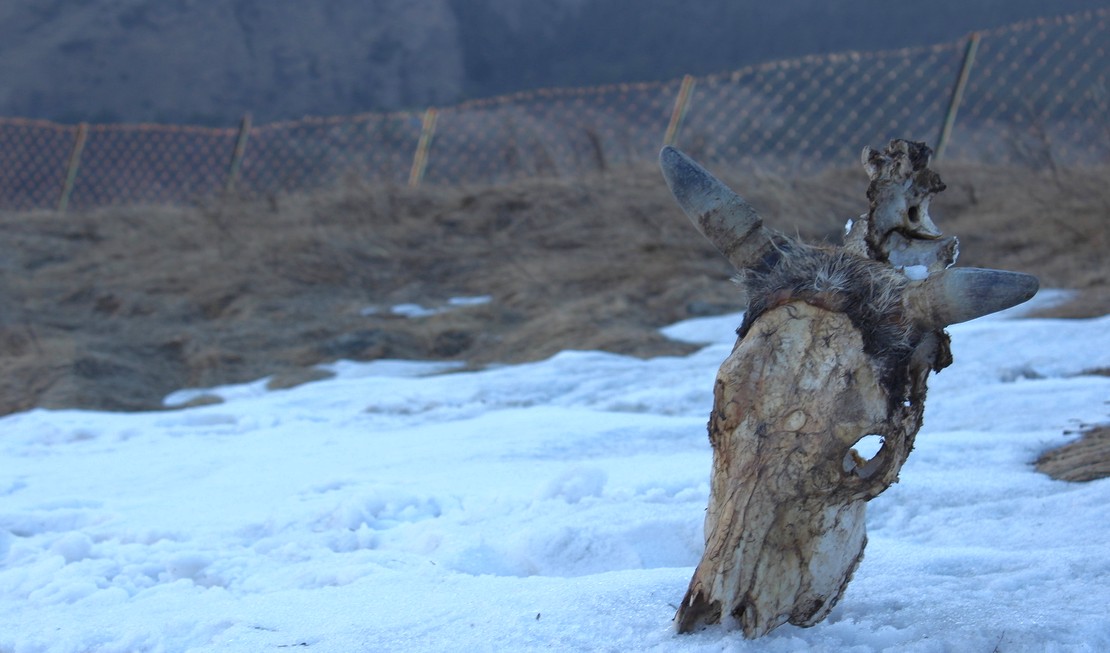 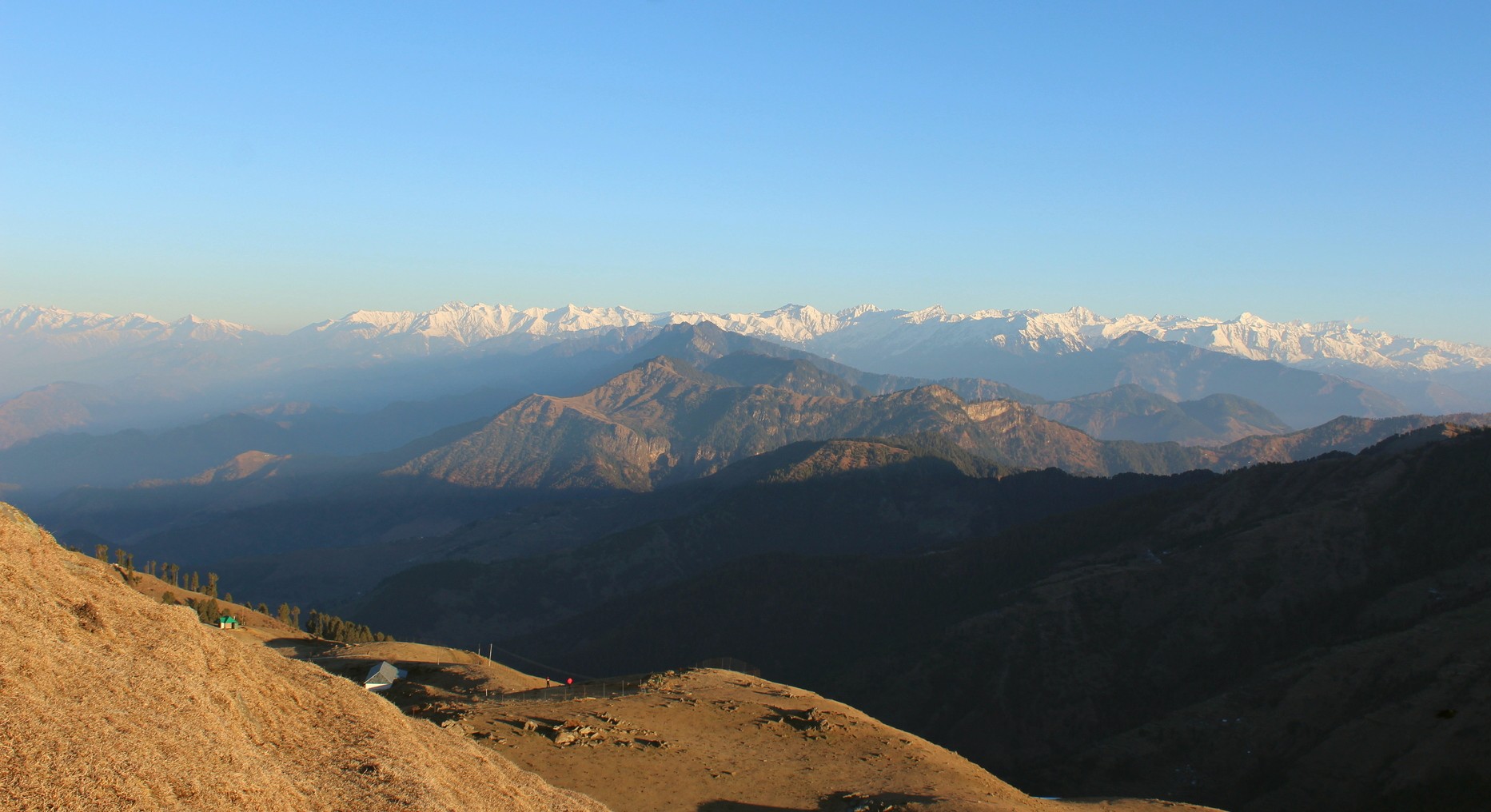 Mountains from the tops

Early morning few of us woke up and climbed another hill to view the sunrise. The sun took its own time to come up, which tested our patience and ability to handle cold. The sky in the opposite direction was still dark, but in the east, a mixture of yellow and orange on the horizon evaporated the darkness of the cold night. In a reverie, I marvelled at the sun peeking over the horizon filling the sky with its bright colours, making the trees greener and ice sparkle. 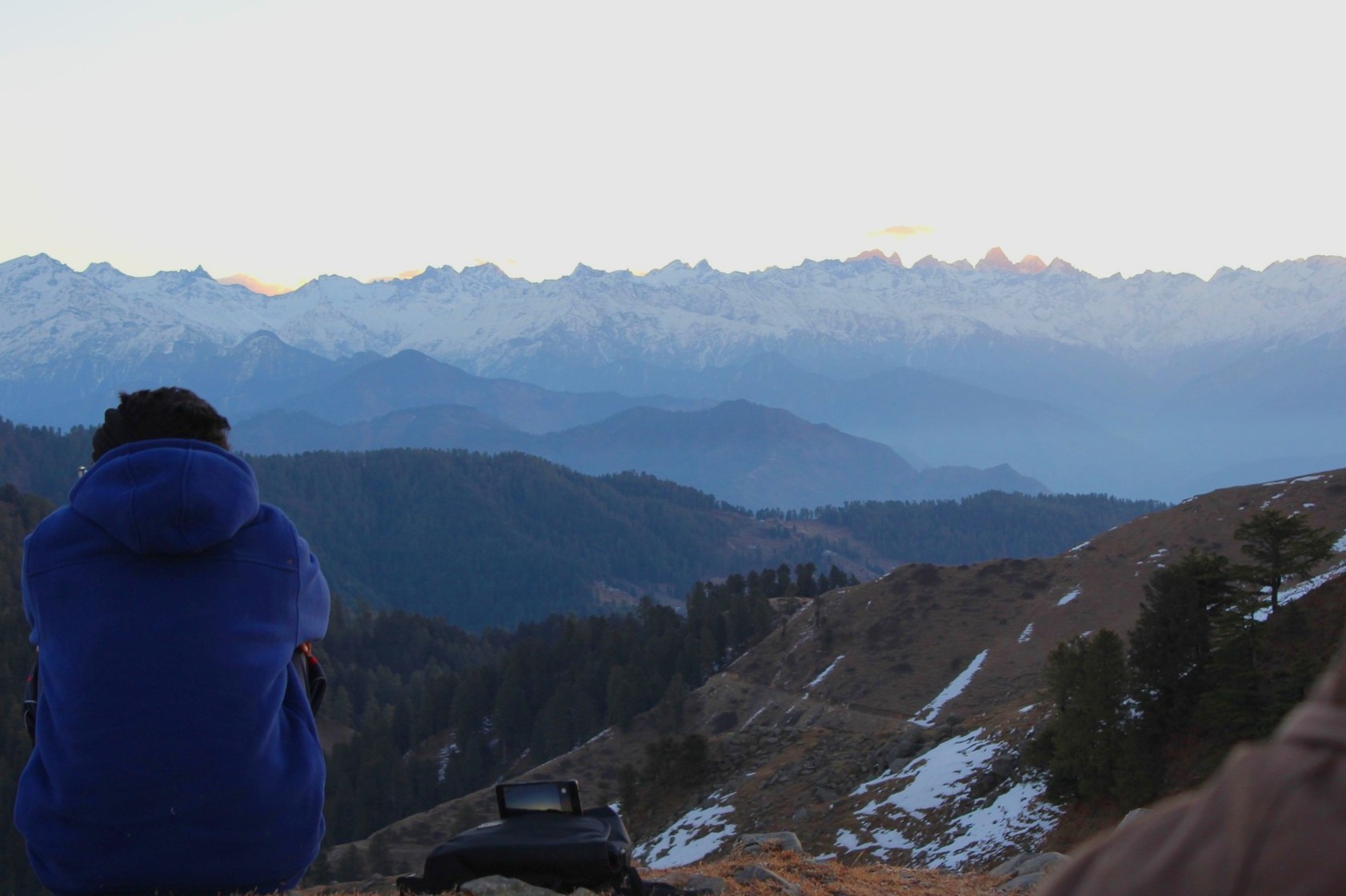 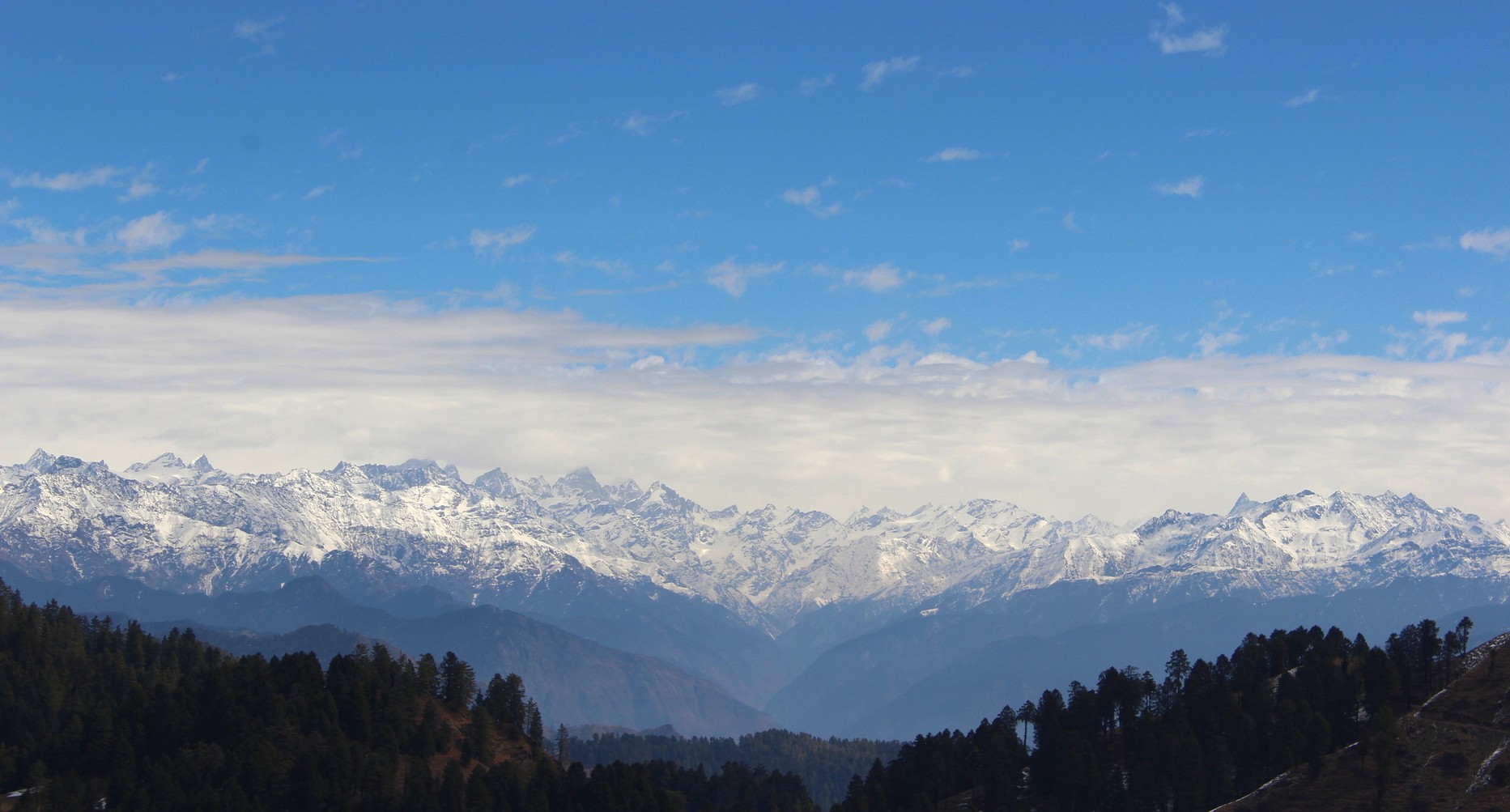 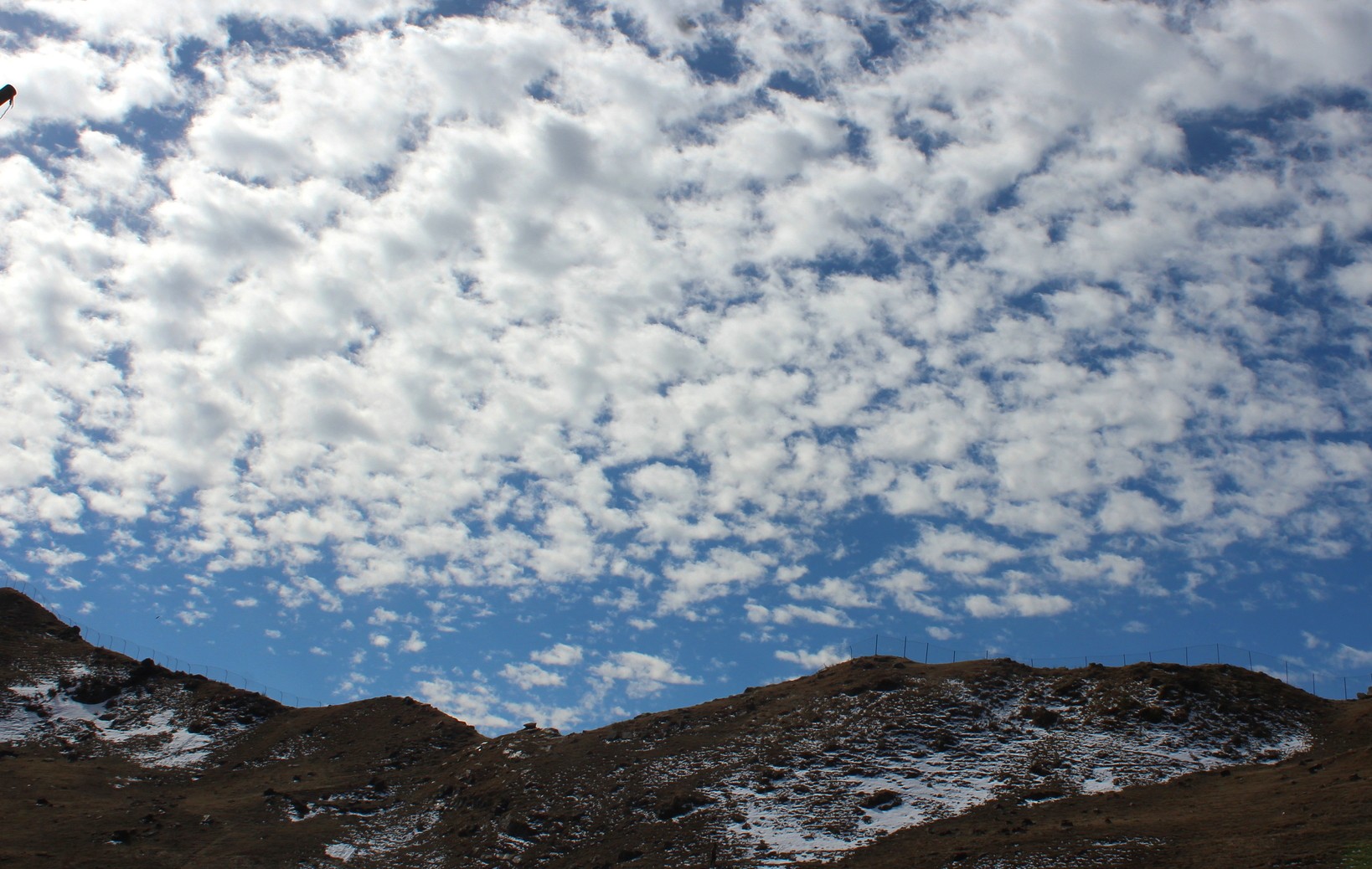 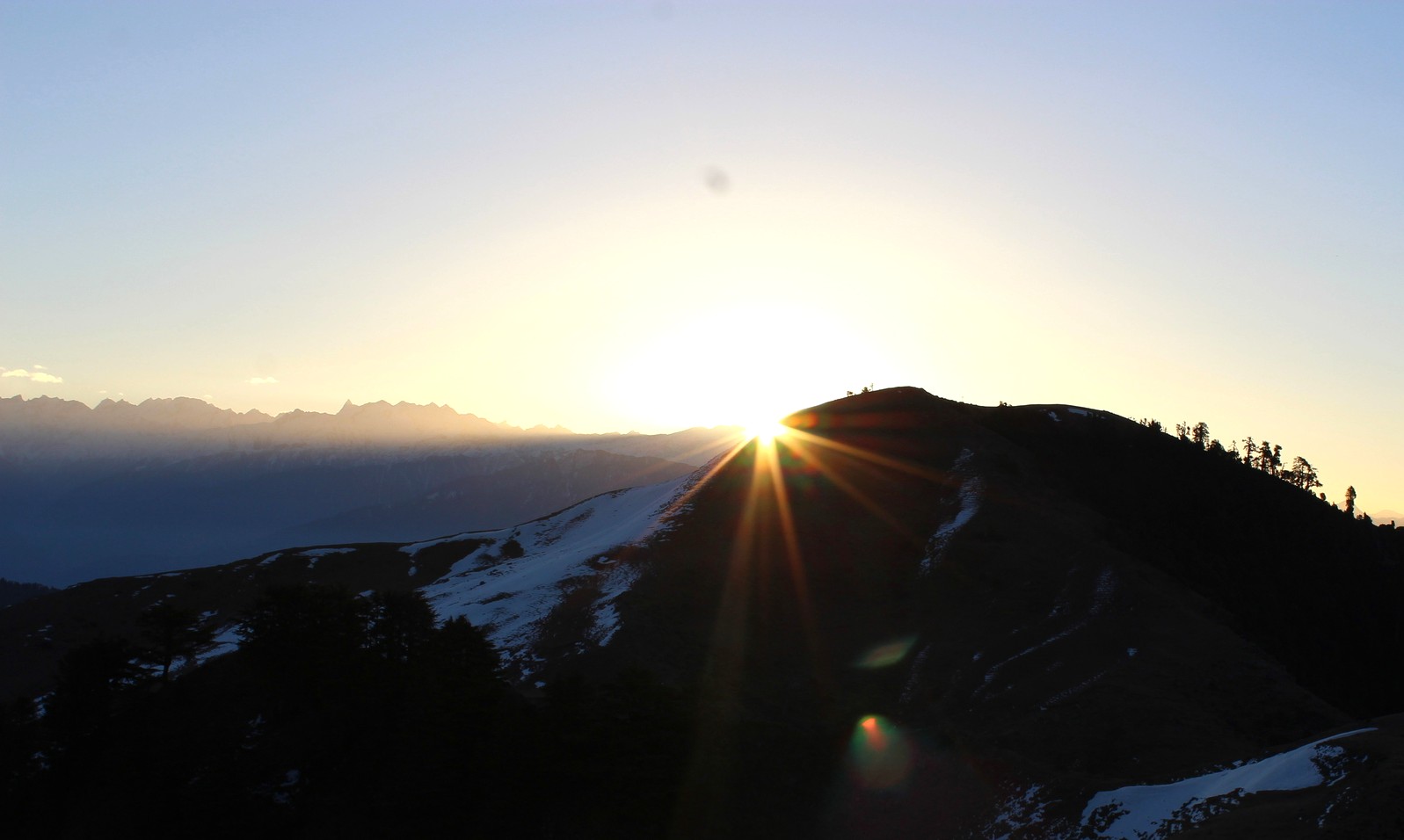 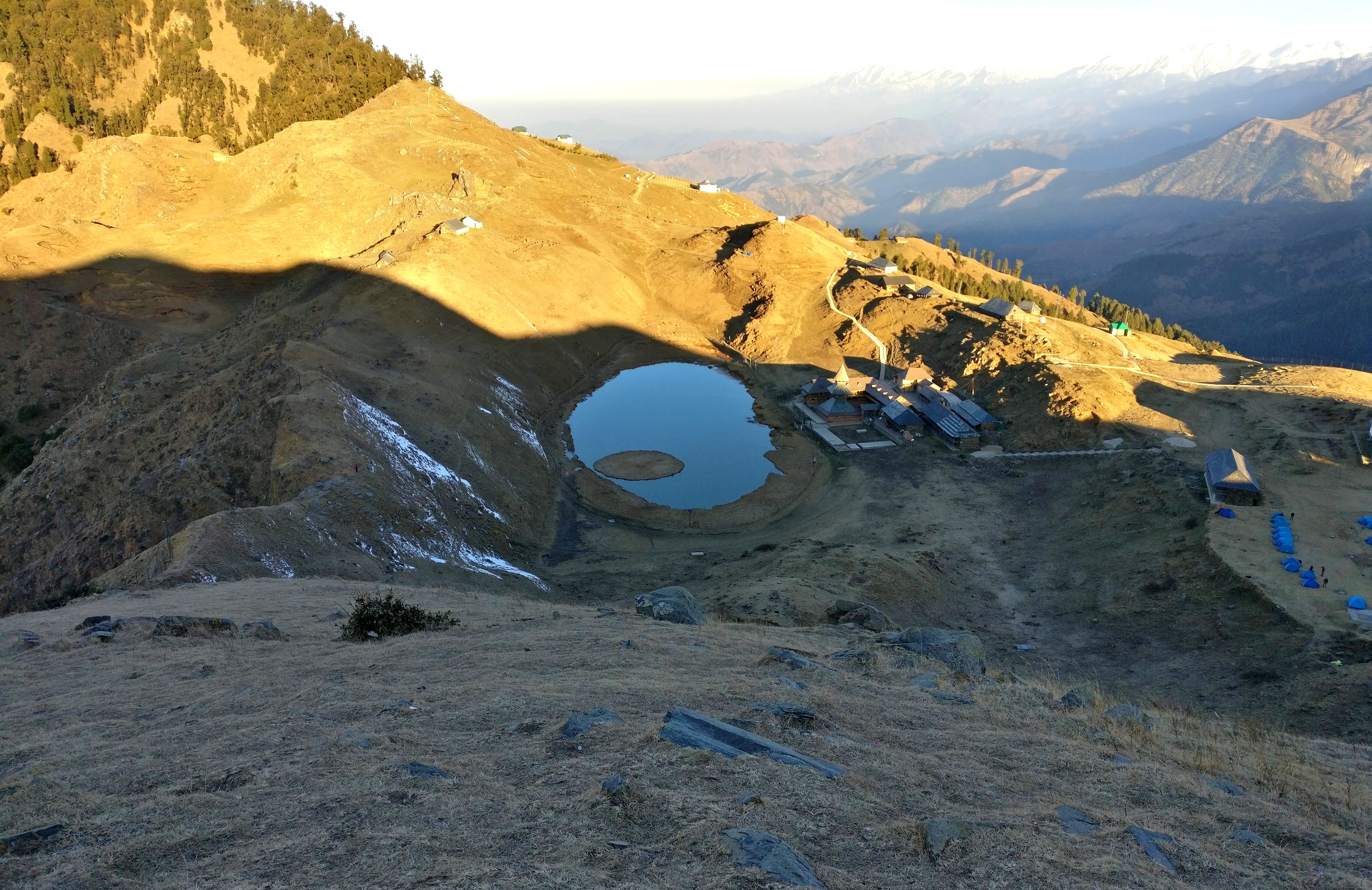 While coming down the Parashar lake looked like a beautiful emerald mirror. Some of us decided to slide down the ice. I too tried the same, and unfortunately, after the ice, my bums were sliding on the grass and then on the rocks. Walking after that was tough. 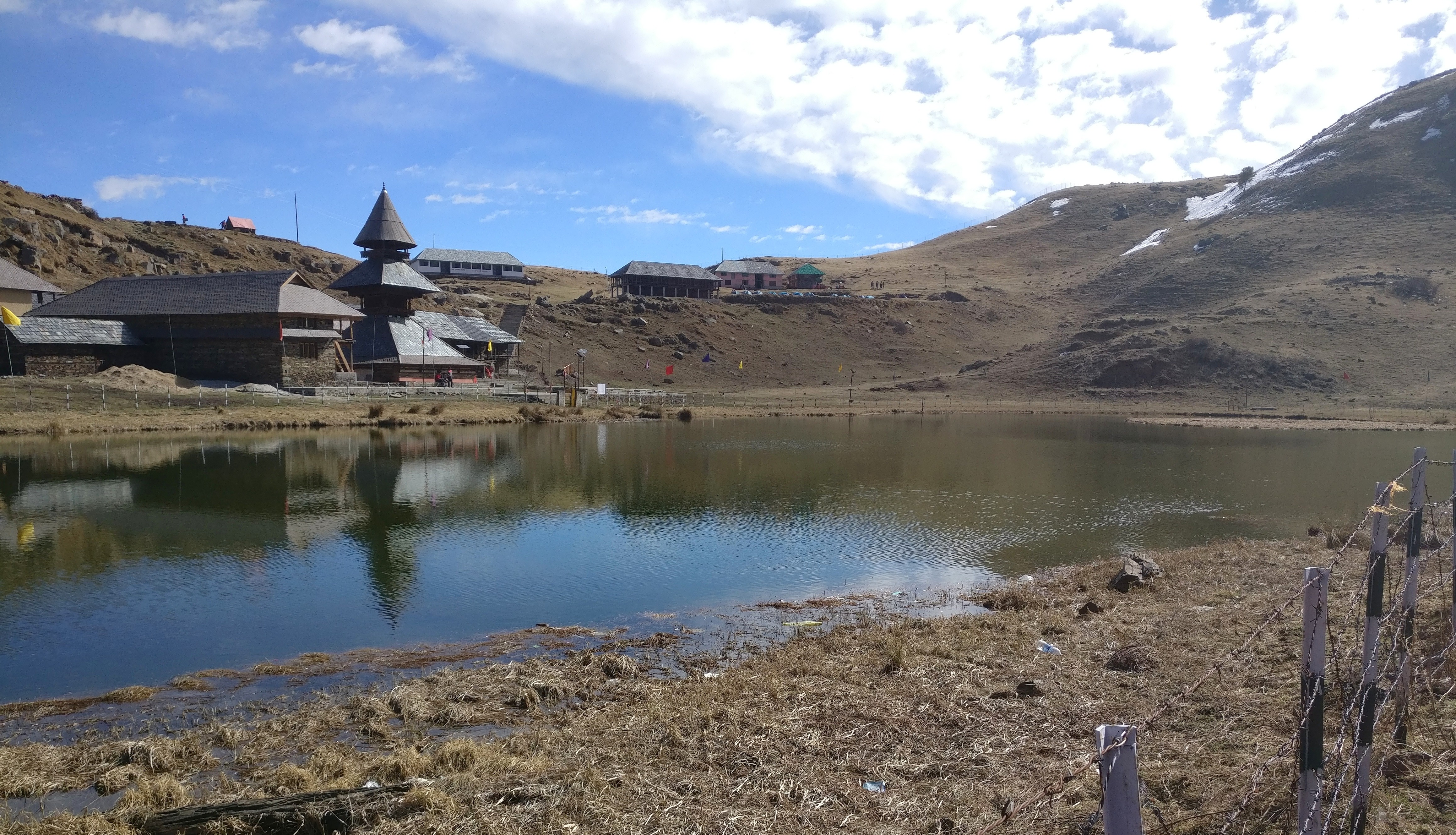 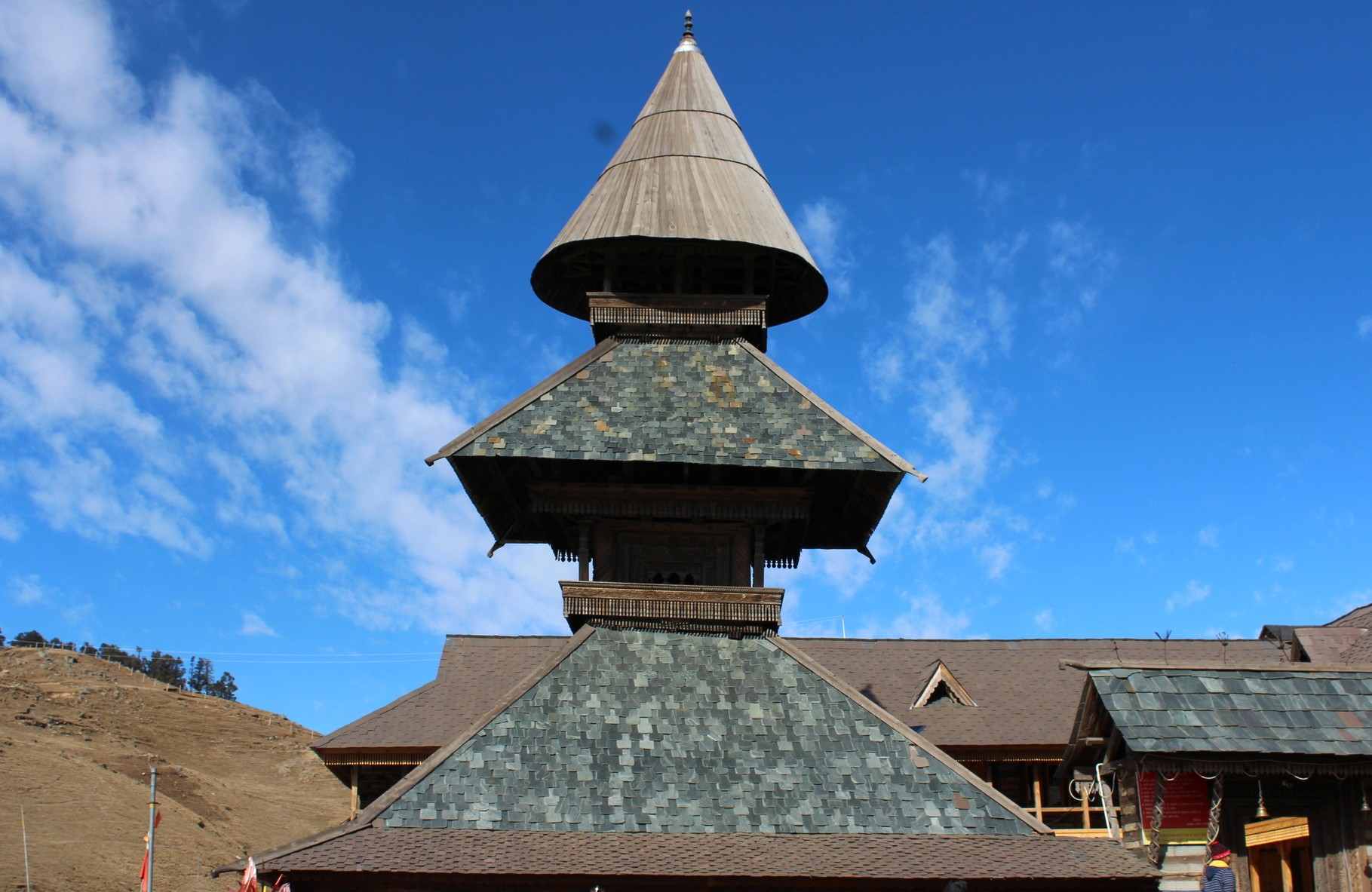 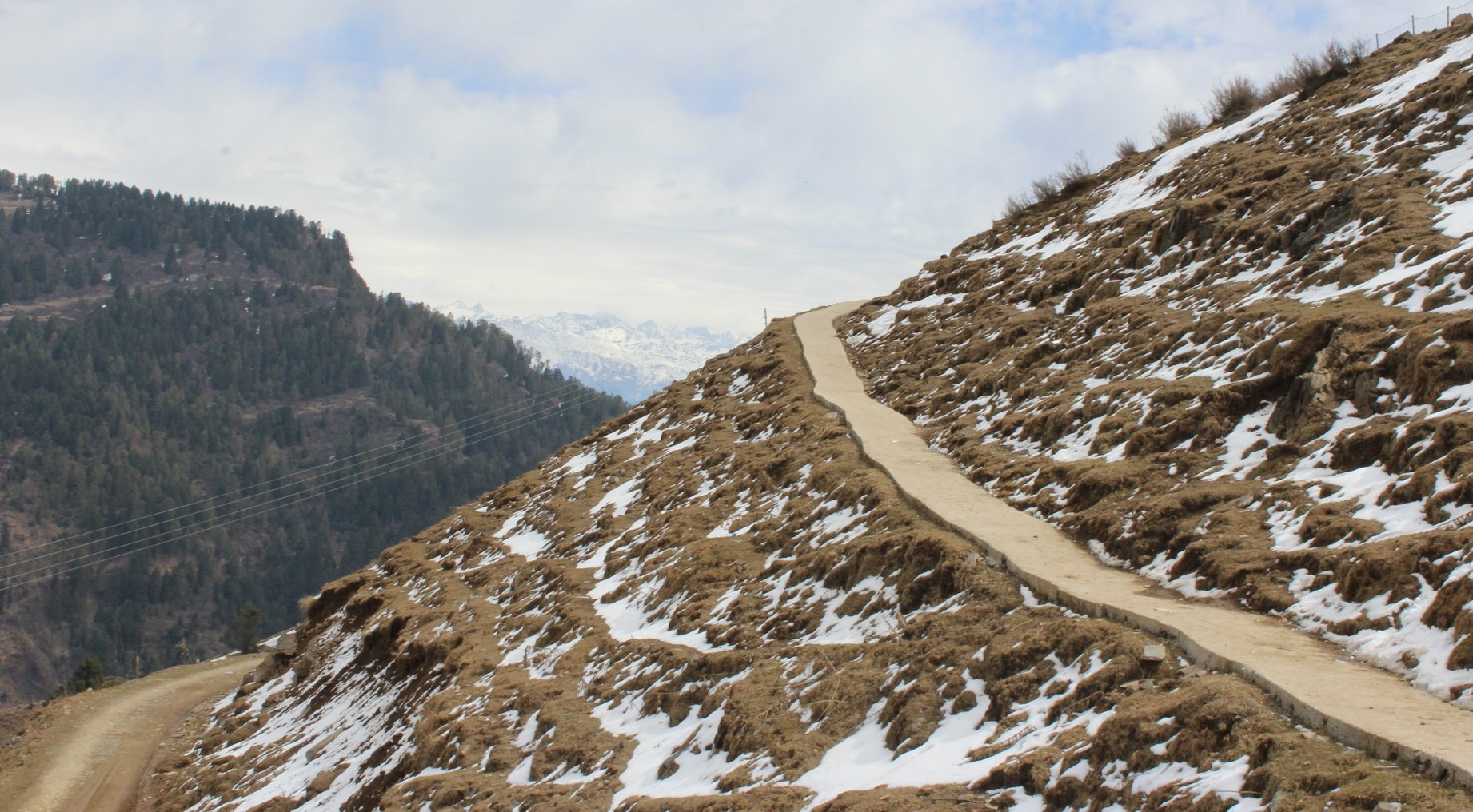 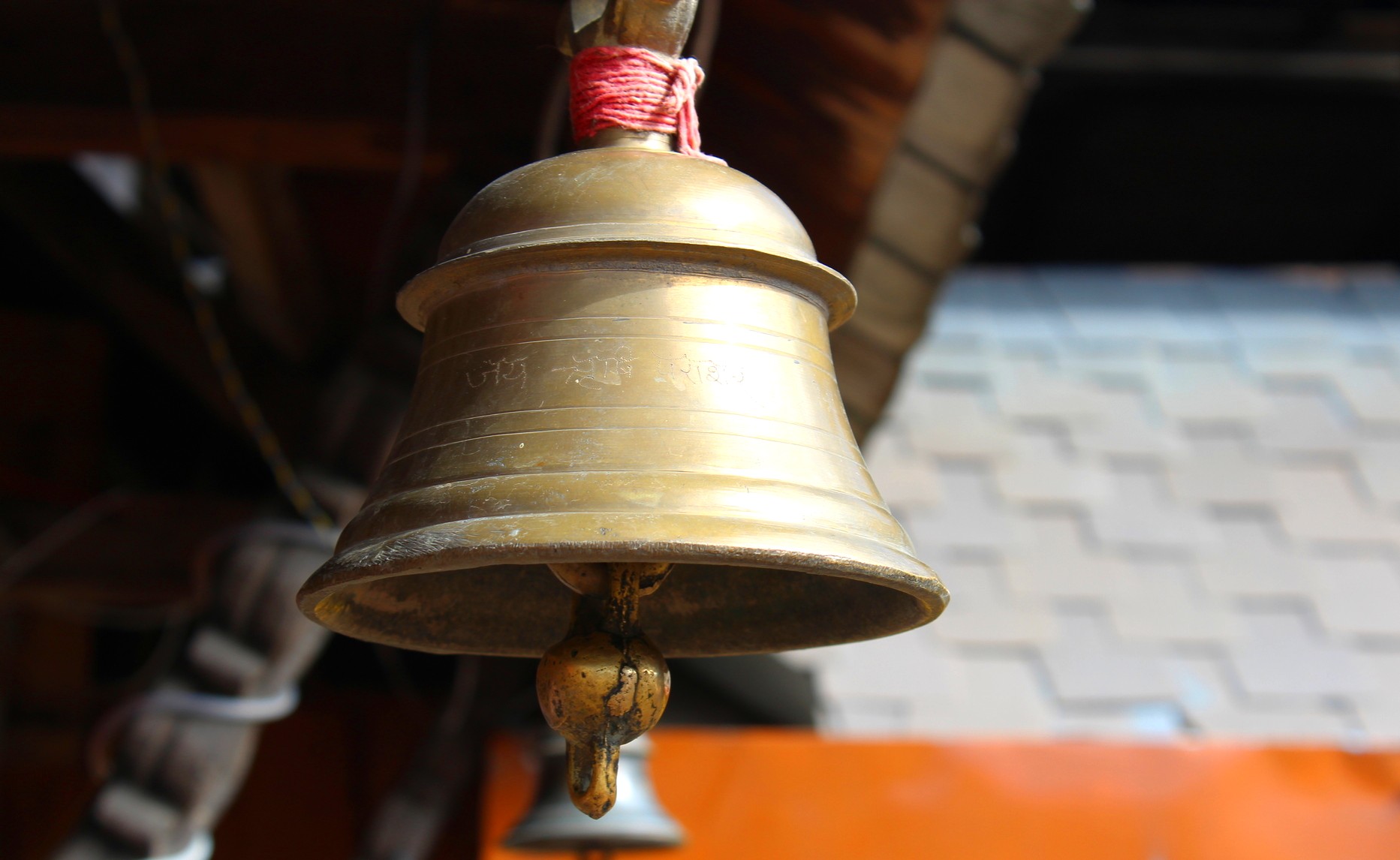 The bells at the temple

Since many of us were feeling unwell, we contacted the driver to come up via the bus route to the top. From there, descended down to Bagi. It gave us one good day to rest at our homes. 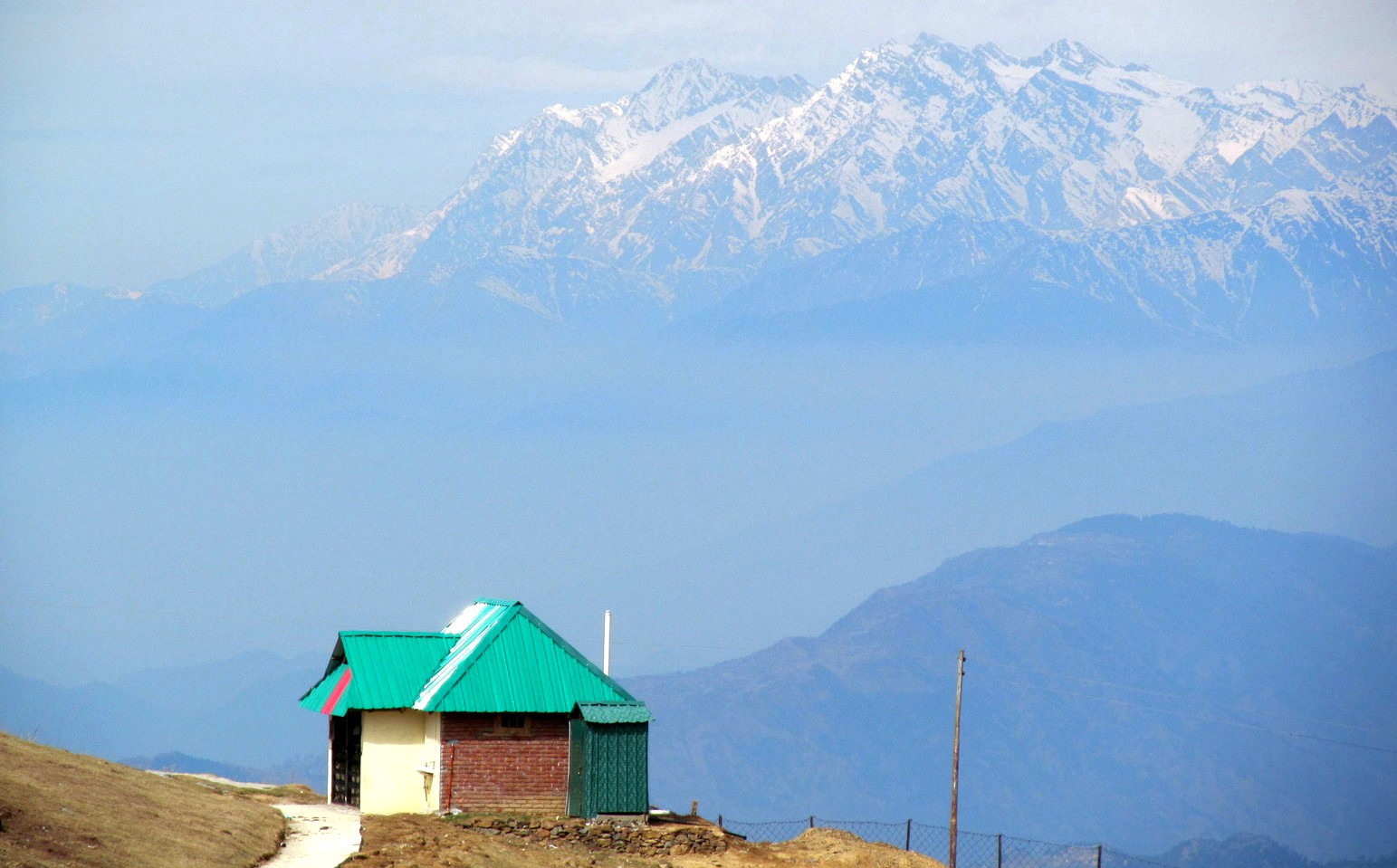 This is however.. a Toilet. 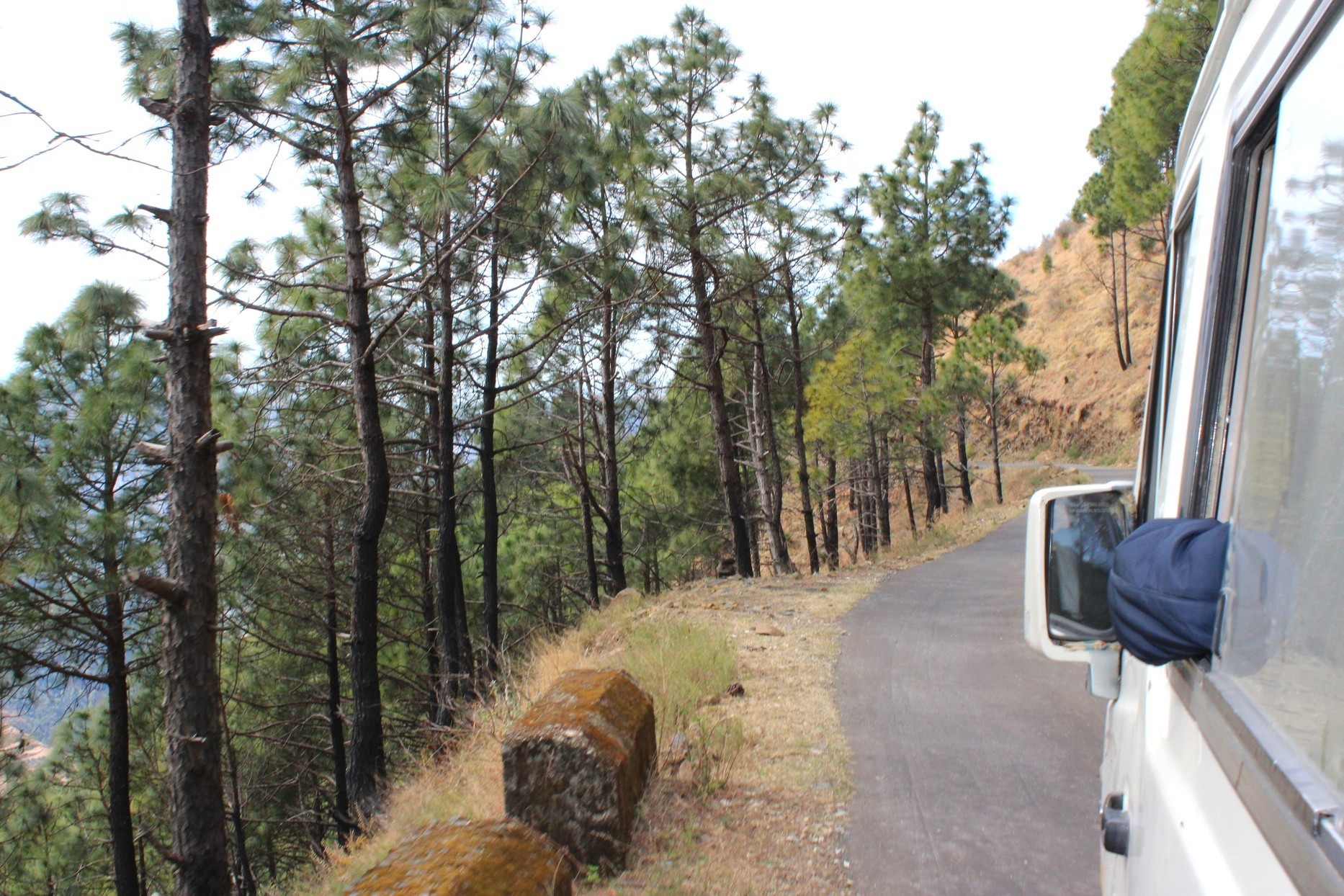