In a subconscious effort to go to the Himalayas whenever possible. This Weekend was well spent exploring Fagu and Shimla. Not much of a travel tale to tell, let the photos do the job. 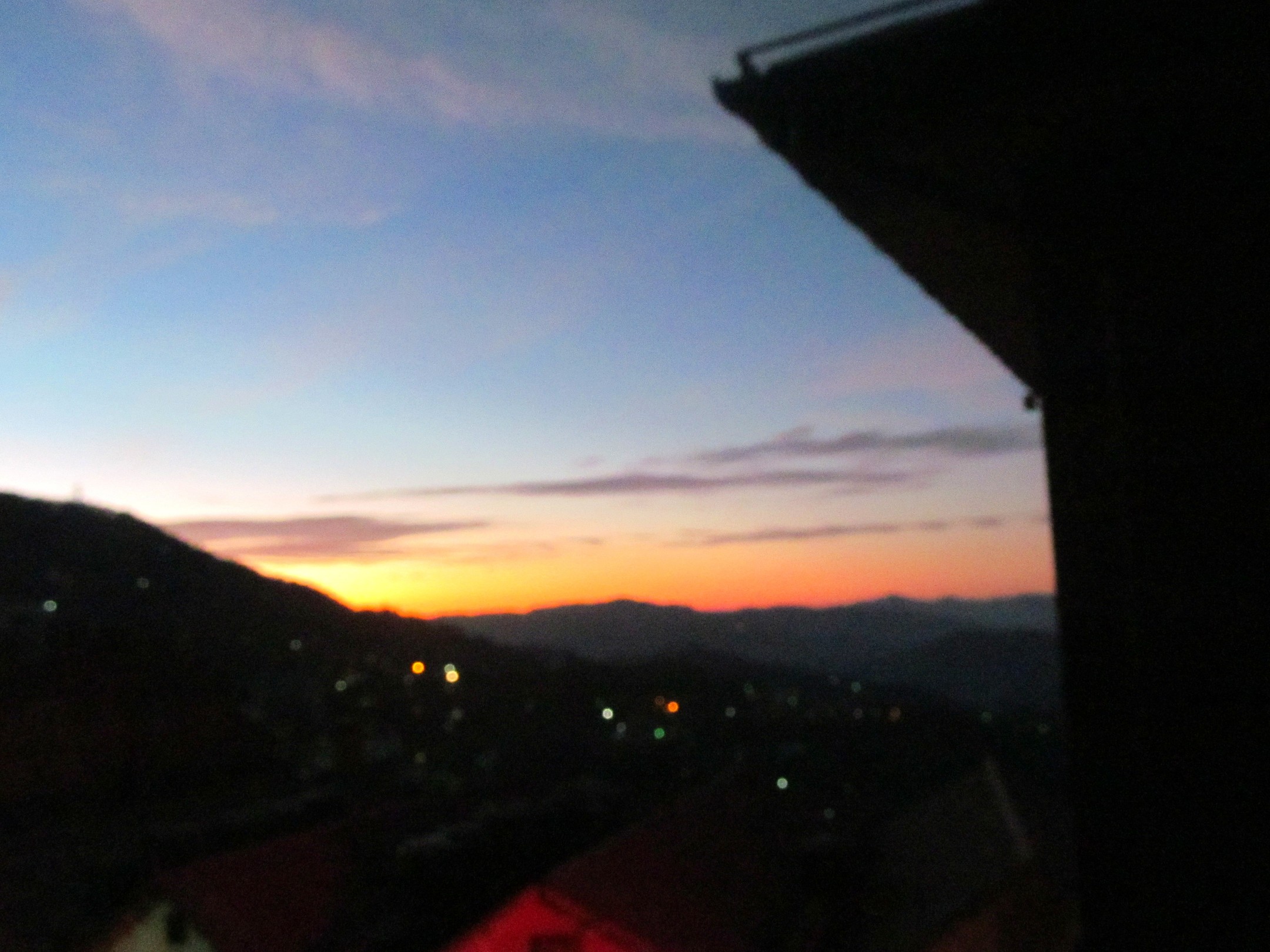 While Shimla was still asleep, Our bus dropped us to in the capital city. We asked the Locals for direction and reached the Ridge and Christ Church adjacent to it. The Ridge houses the city’s lifeline in terms of the water reservoir, with a capacity of 10 lakh gallons of water, beneath it. The reservoir is stated to have been constructed in the 1880s. 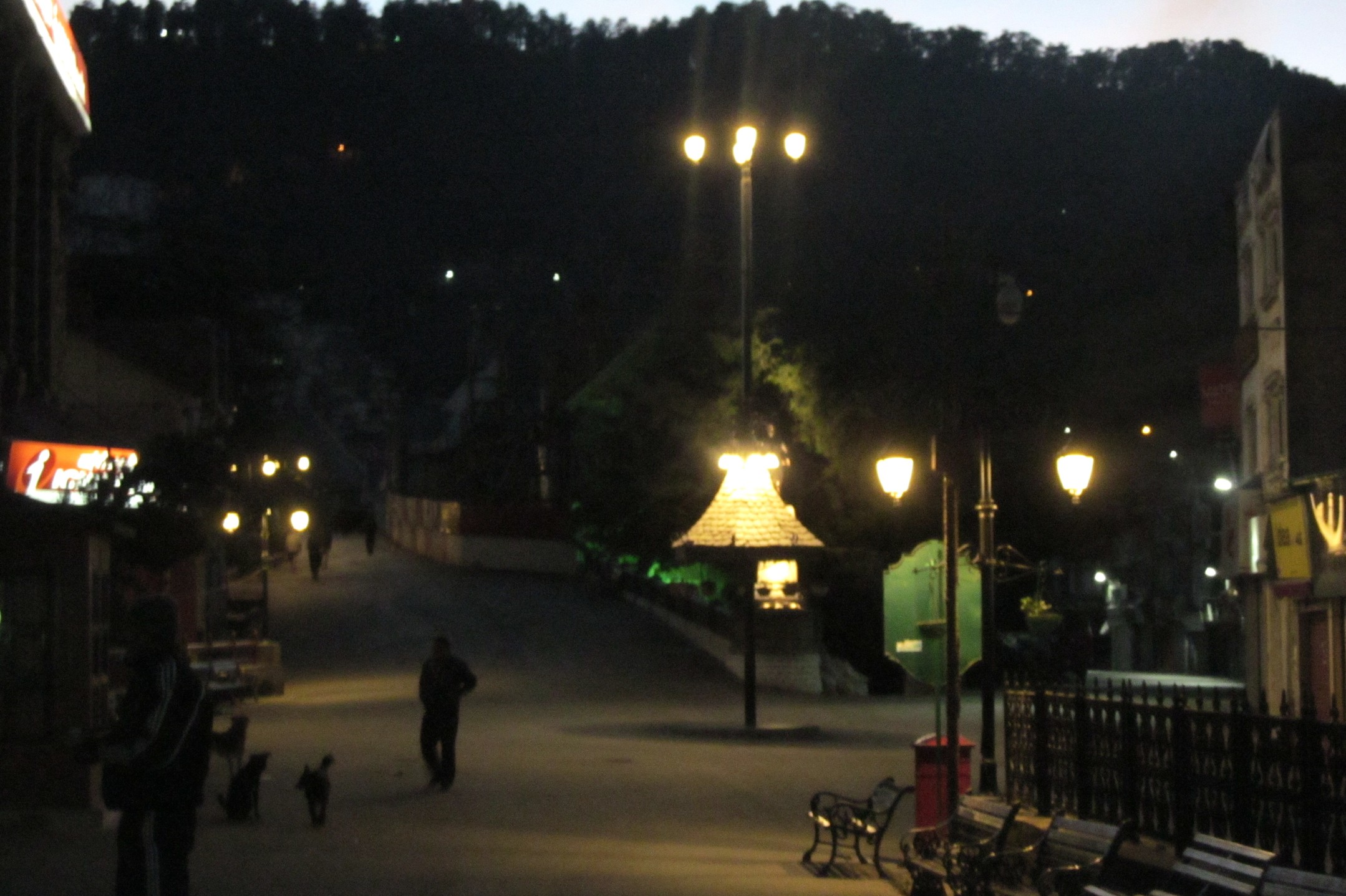 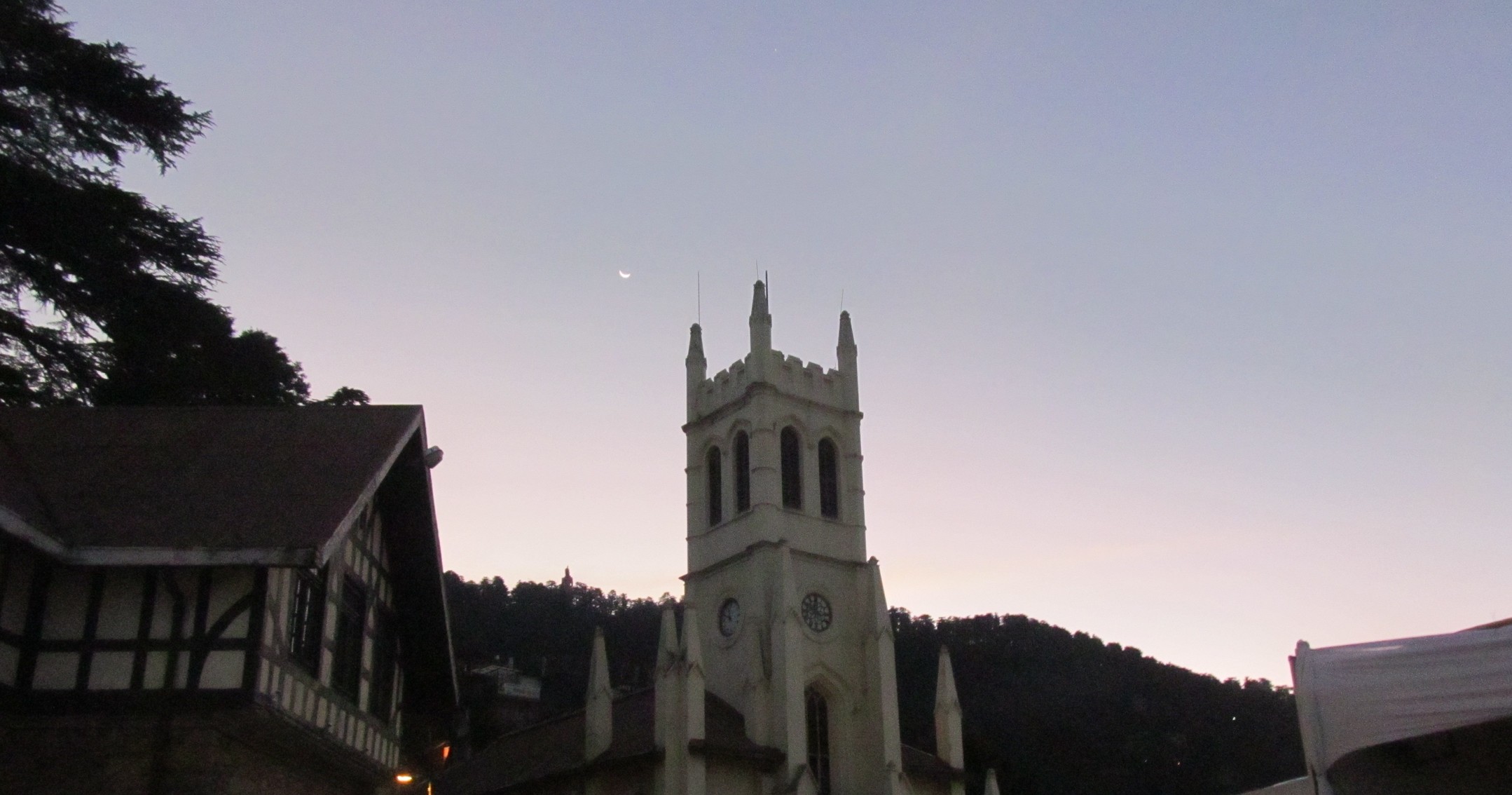 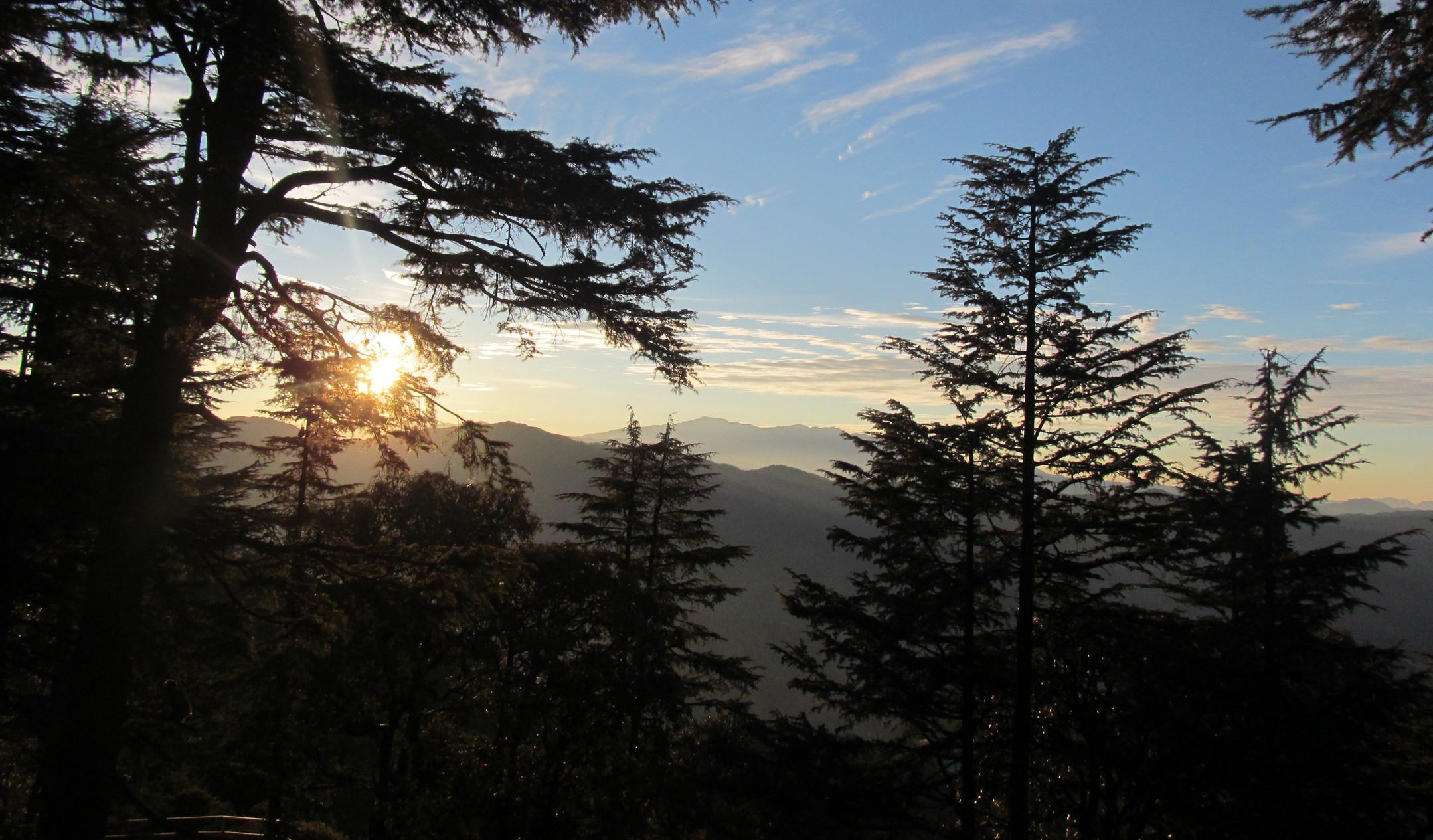 Sunrise from the Temple 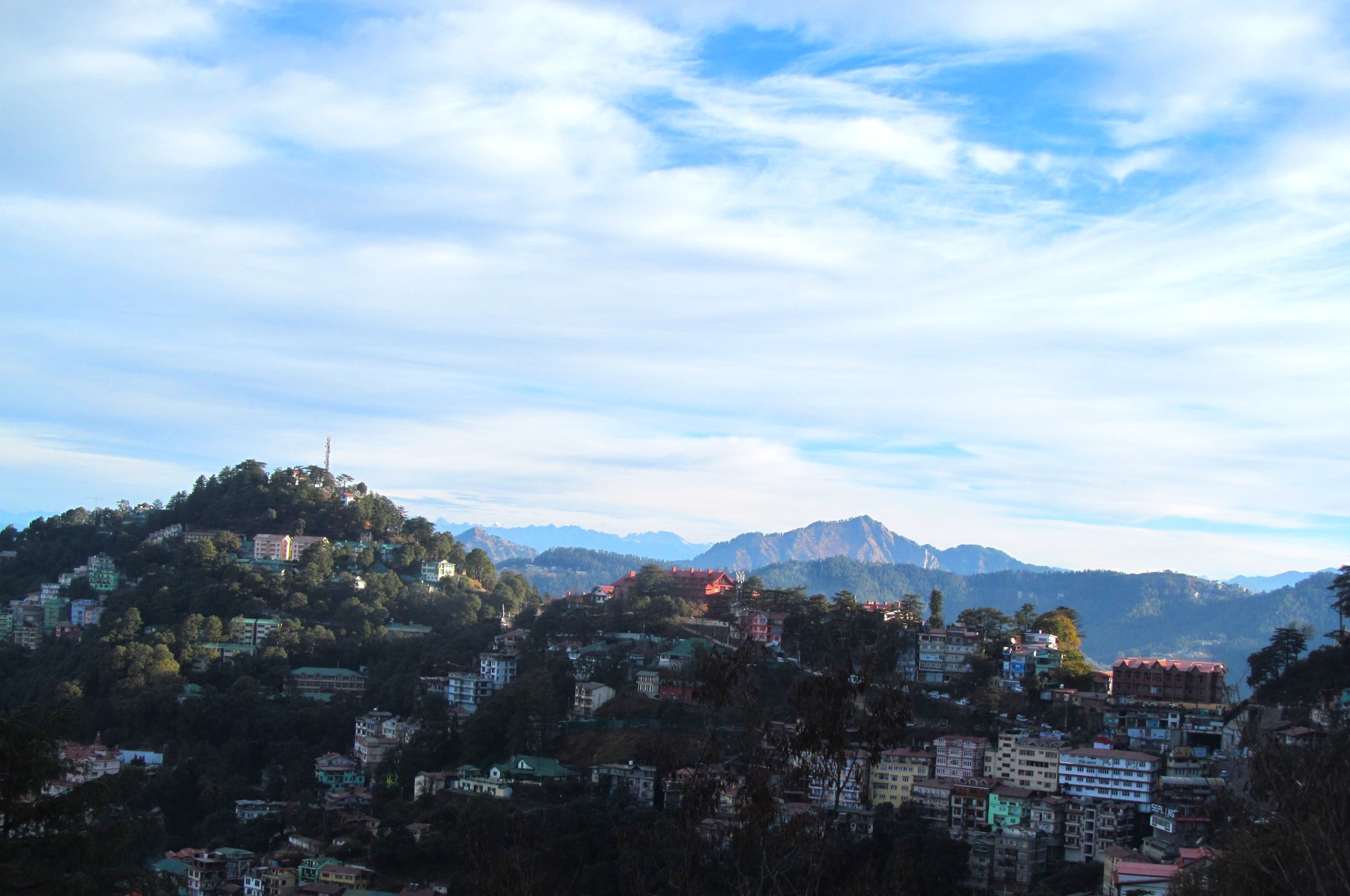 Somewhere in the route

Jakhu Temple is very popular Temple in Shimla. This is the highest point in Shimla. Monkeys rule this hill. One can find hundreds of monkeys around here. 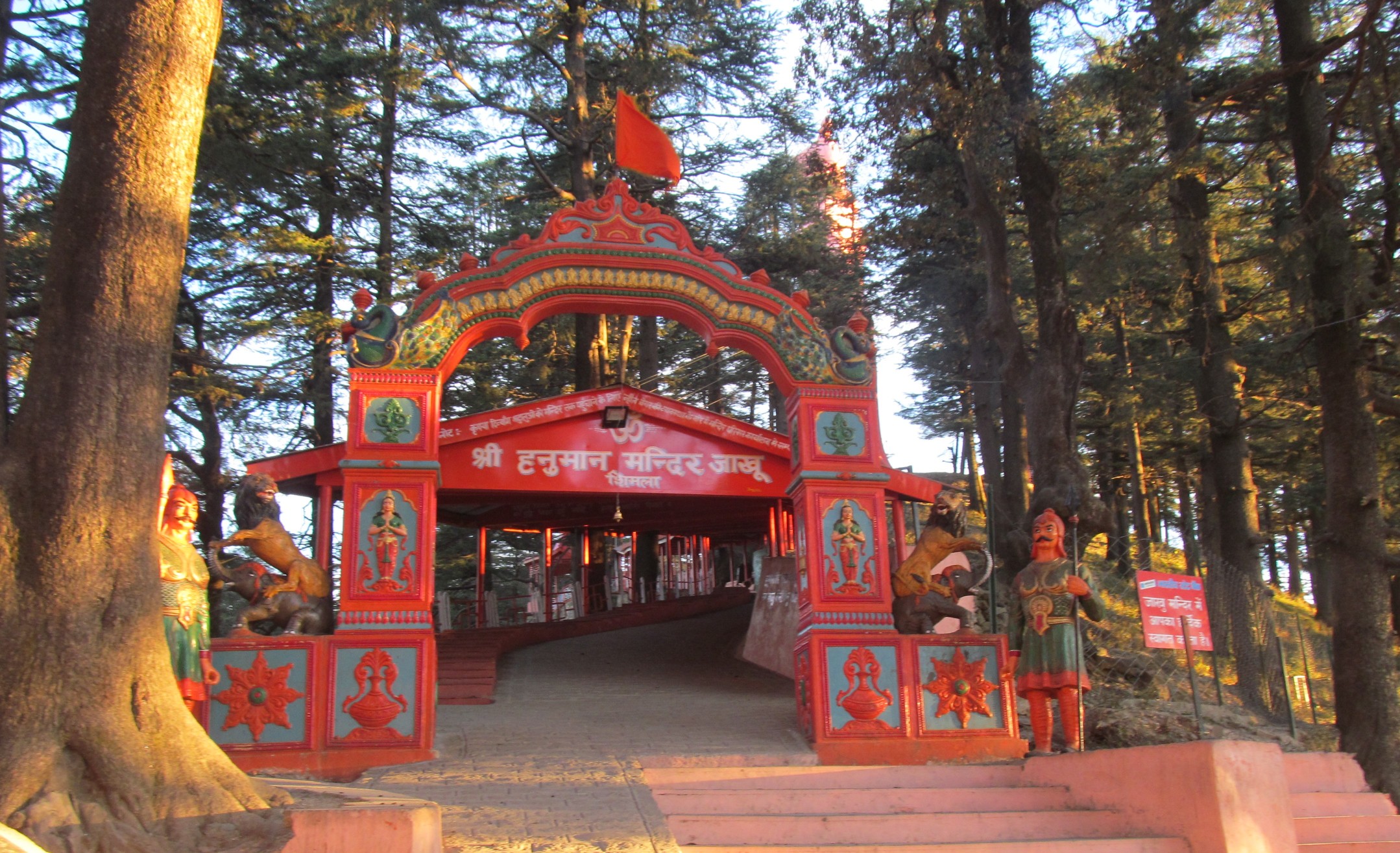 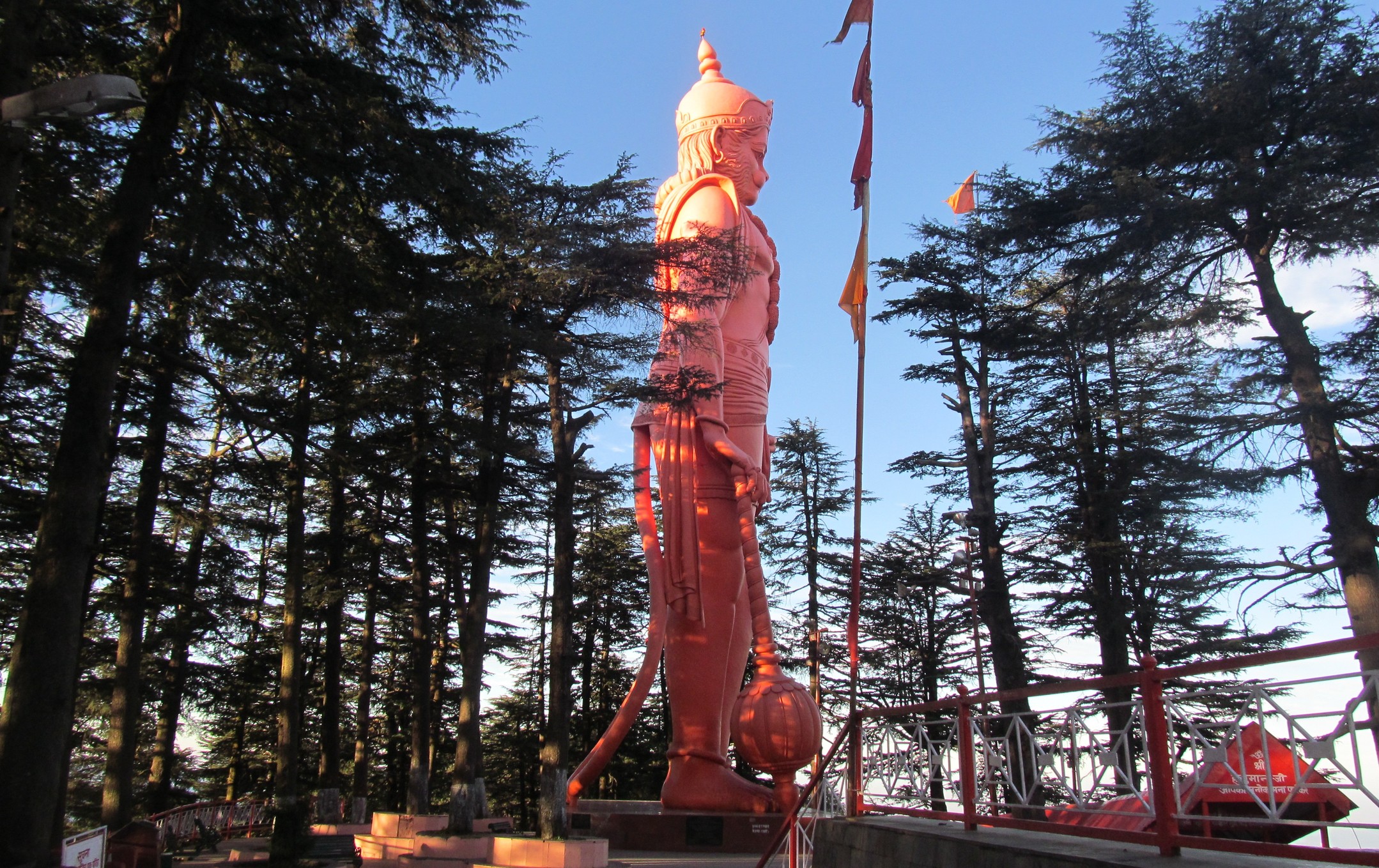 This is considered as world’s tallest statue at 108 feet at the highest altitude of over 8100. To my surprise, it surpasses the current tallest statue of ‘Christ the Redeemer’ in Rio de Janeiro, Brazil. Yet no-one knows about it.

It is said that Lord Hanuman rested for a while on this hill while he carried the Mountain back to Himalayas after Lord Lakshman was cured. Due to which the hill is flat from the top. The temple has been built around that flat place that is supposed to have the footprints of Lord Hanuman.

Just for caution : Stay away from the monkeys. They are very friendly. 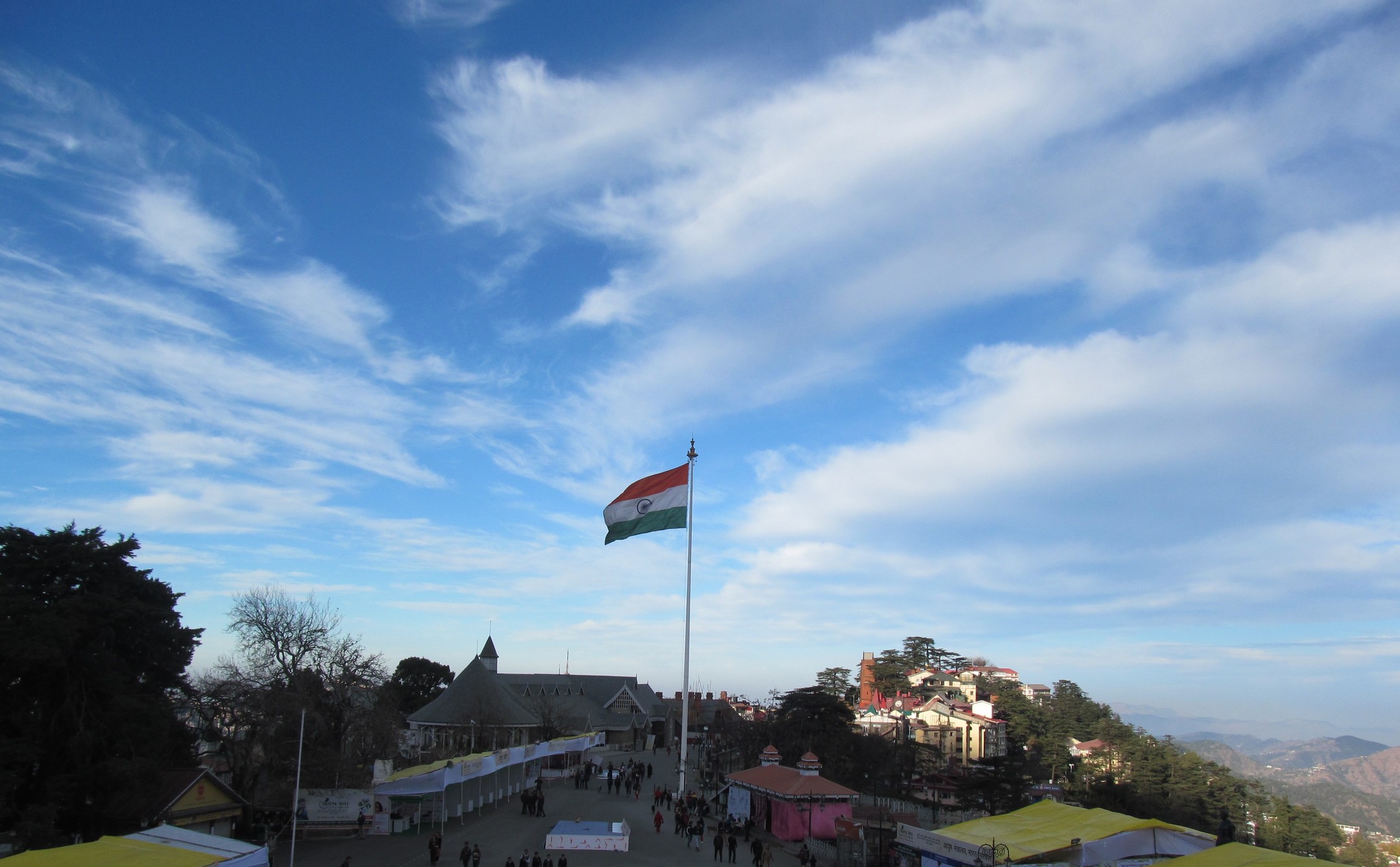 Indian Flag at The Ridge

After a short trip for an hour, we reached Fagu. It is a beautiful place with sparse population and fine views of Pir Panjal Range. 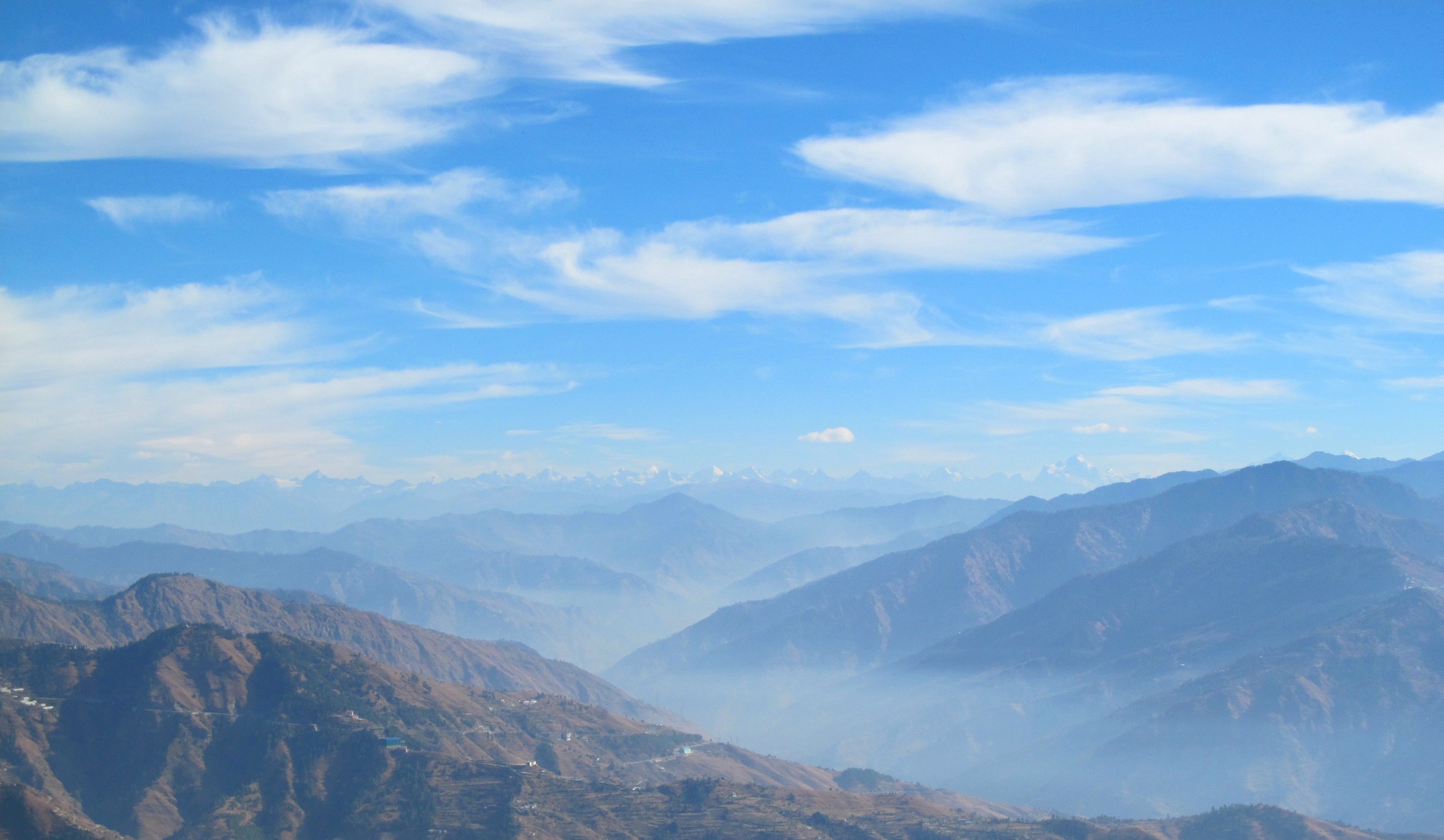 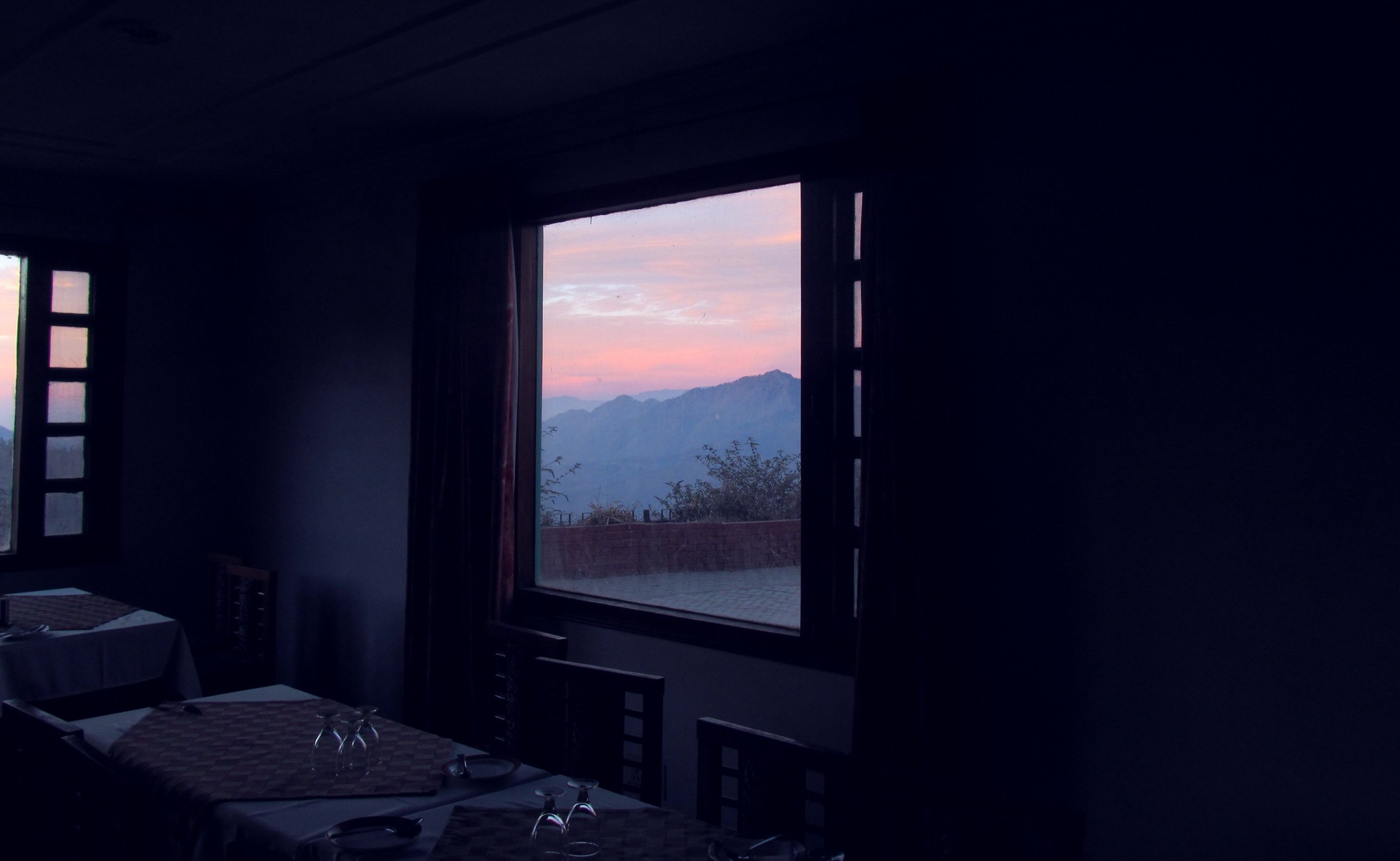 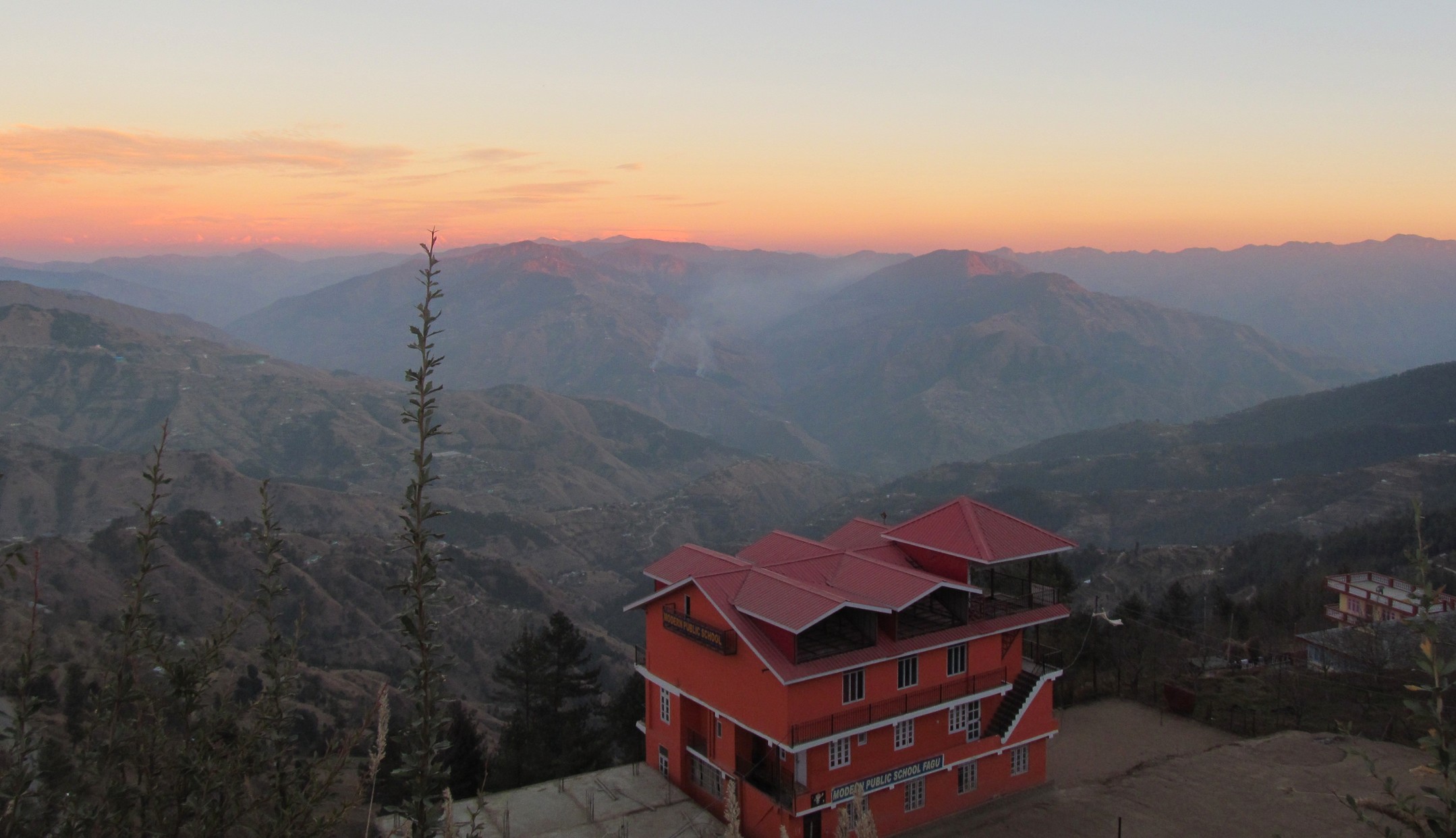 Fagu gave a fresh view of Himalayan ranges. These ranges glow vivid red at sunset. It is a must visit for tourists who desire a calm and serene atmosphere. We did an early morning walk, crossing the temple we reached an abandoned hill that gave fascinating views of the valley and the Himalayas. 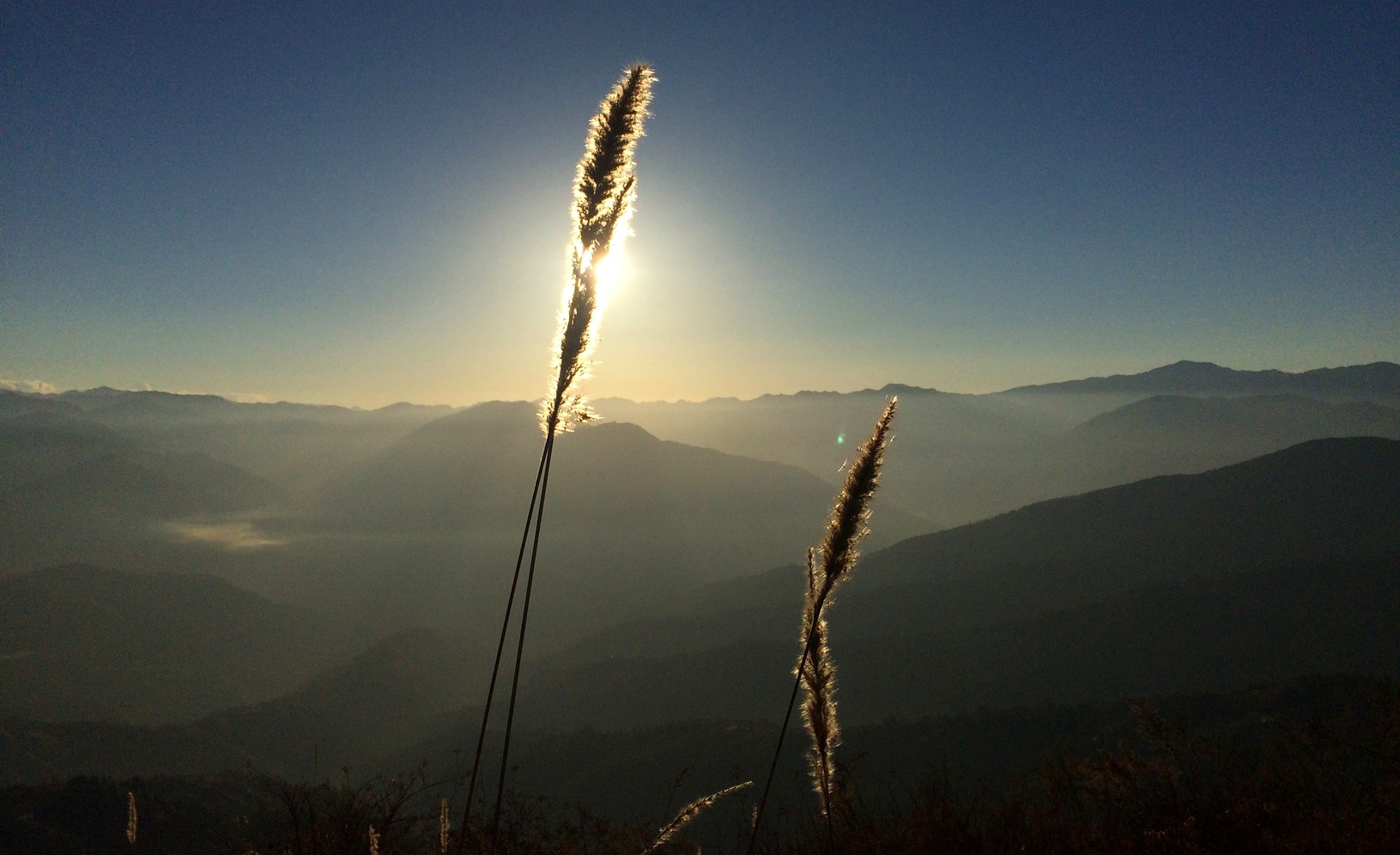 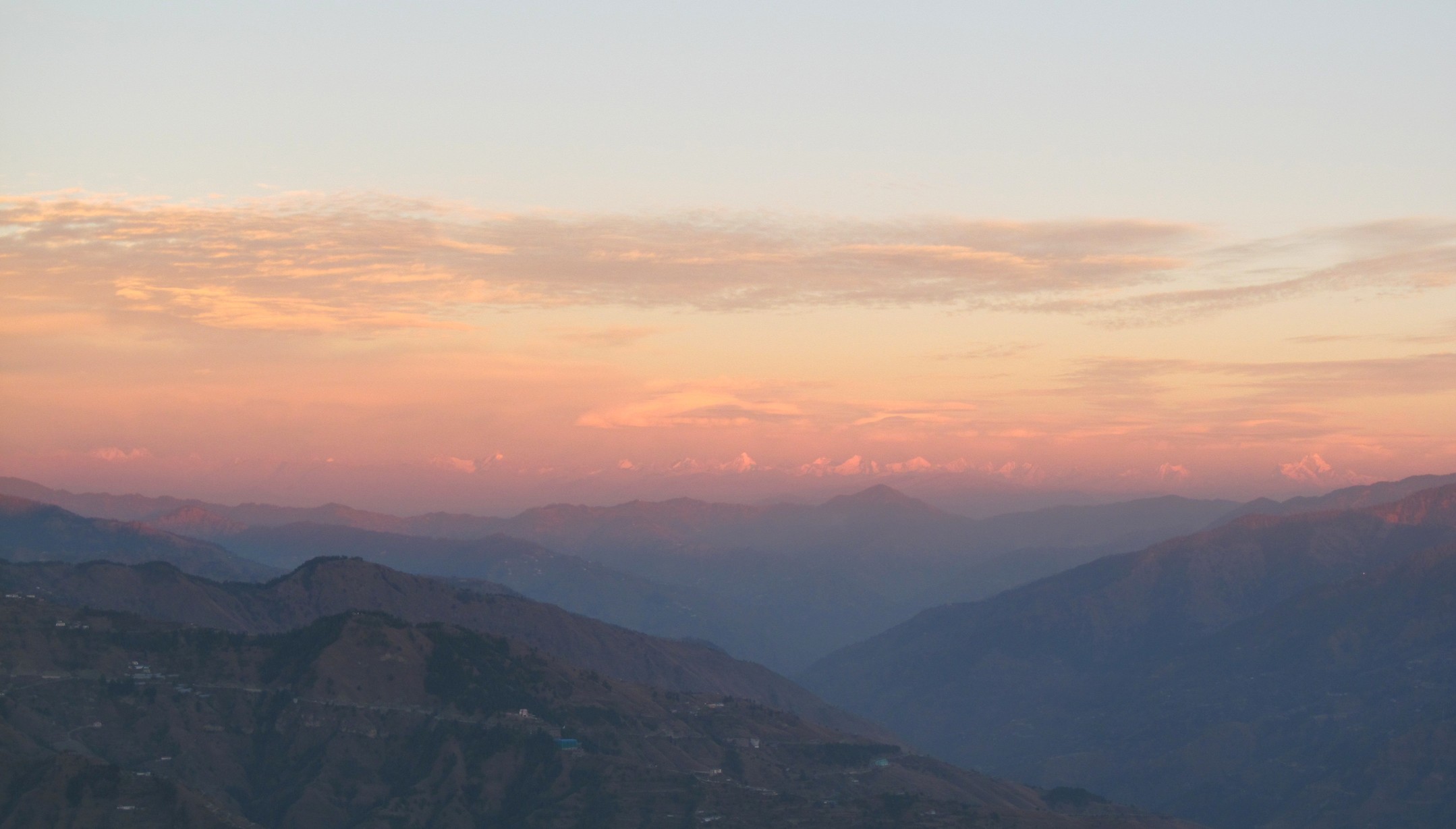 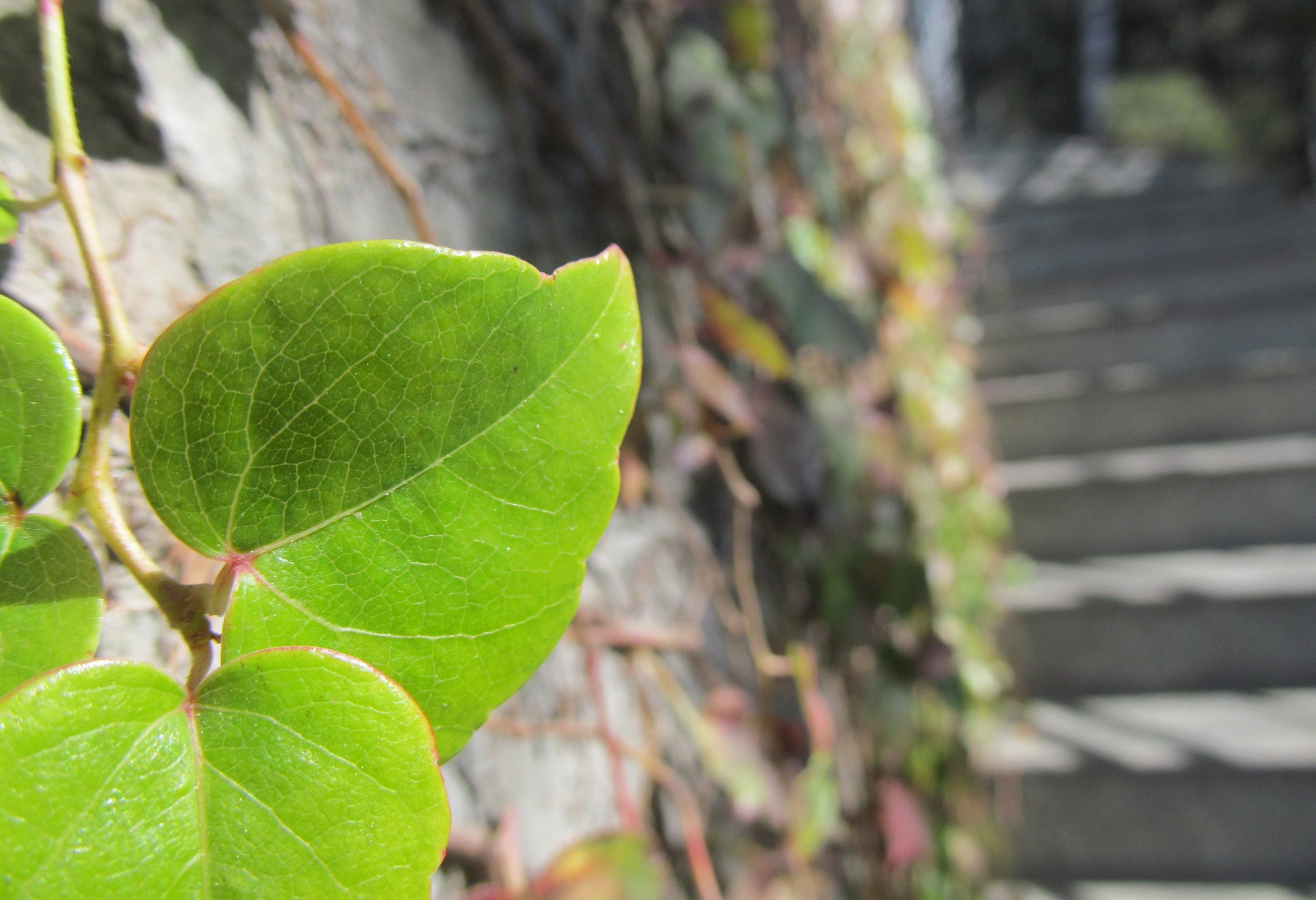 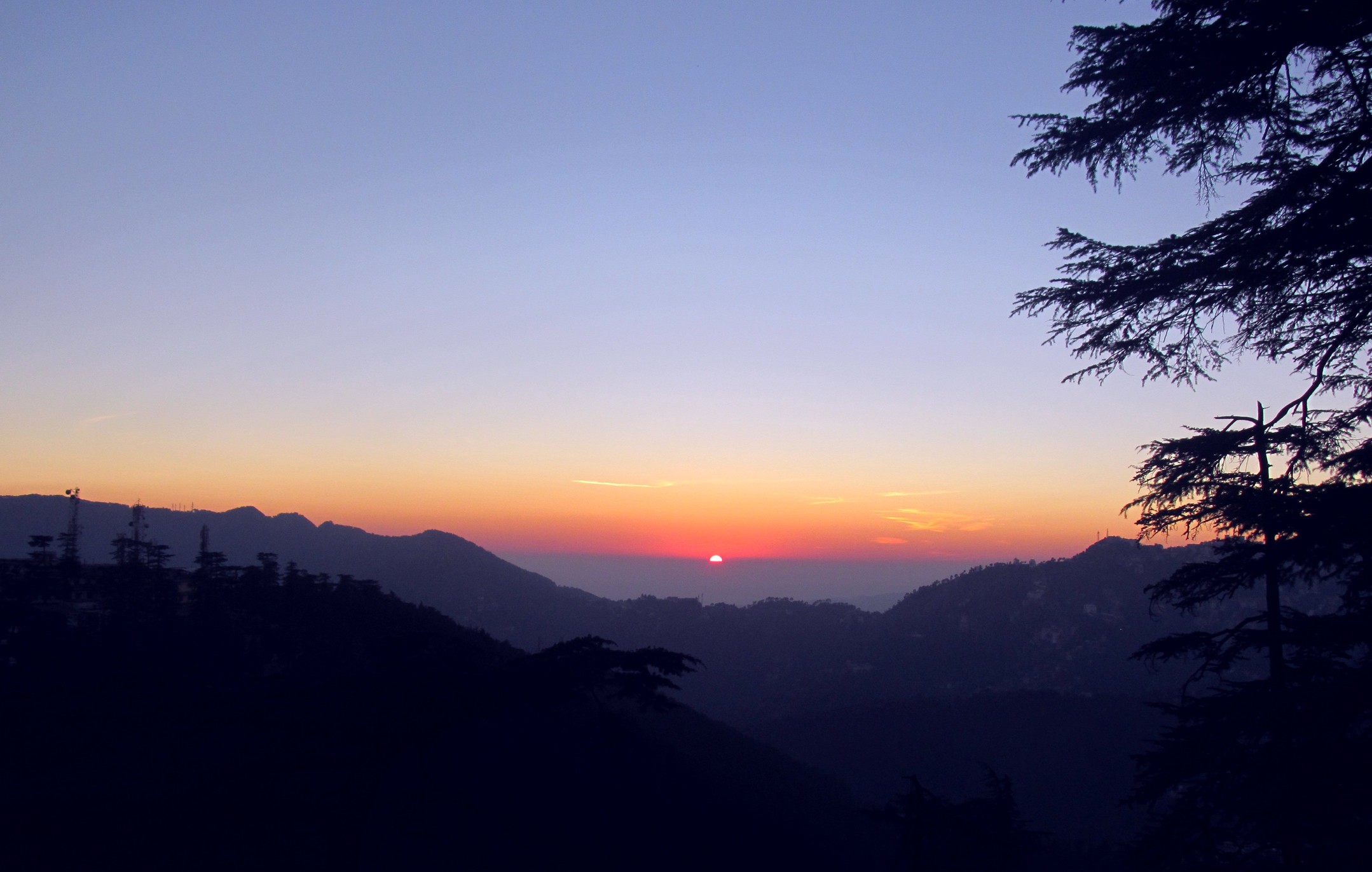 With beautiful memories, It was time to say GoodBye. 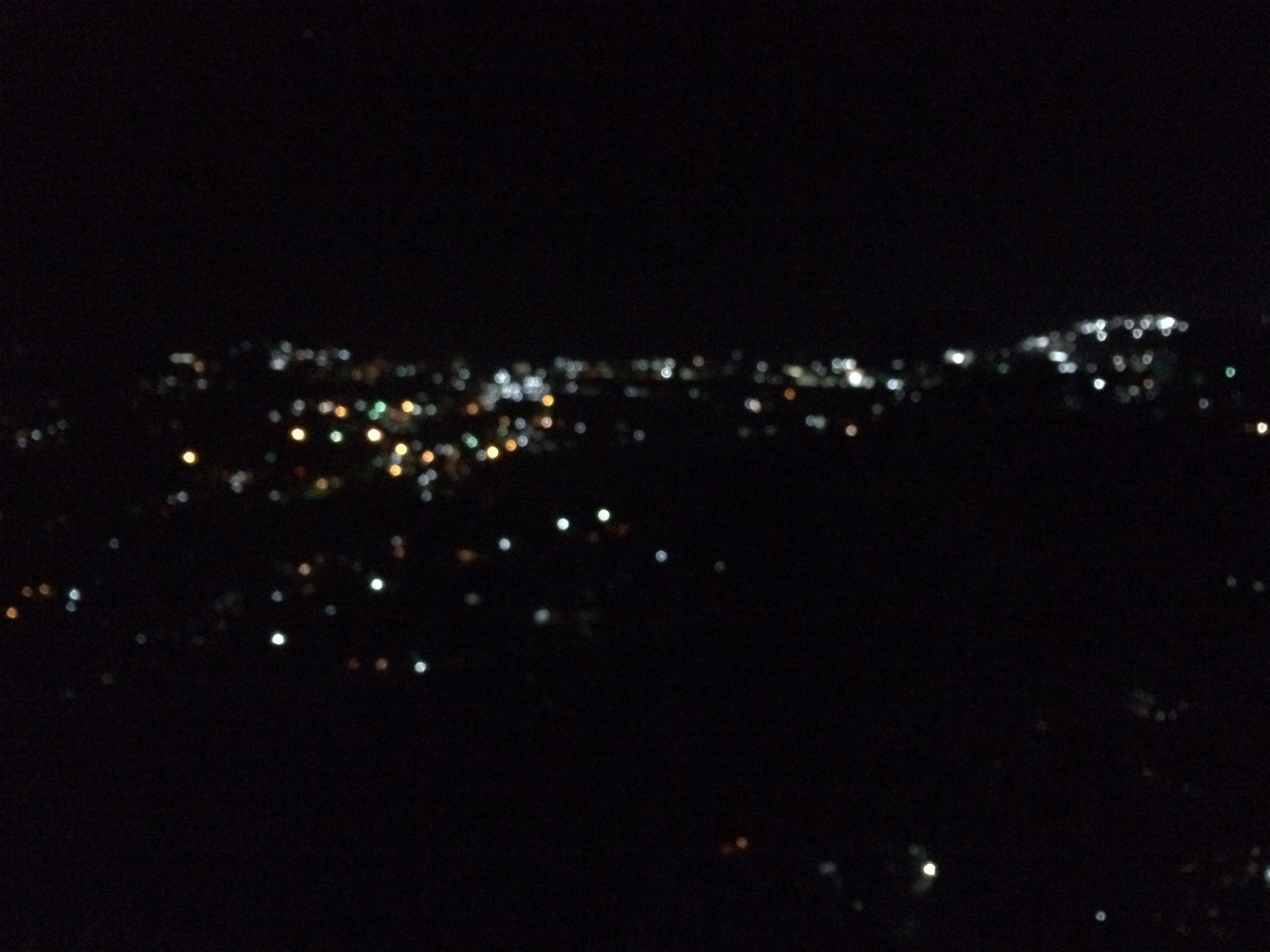