In the month of September, I got an opportunity to visit Singapore for a week. Singapore is the second richest city-country sandwiched between Malaysia and Indonesia. It is one of the most popular travel destinations in the world for a lot of reasons. It has skyscrapers and subways unique amalgamation of Chinese, Malay and Indian people along with a tropical climate, tasty food from hawker centres and easy accessibility to the well-known places. The only downside is that all the good places are very costly to visit. In the planning phase of my trip, I read that Singapore was a very walkable city. Which is not quite true but I still managed to cover Singapore by foot. Covering a county by foot is however, not recommended.

I booked my Hostel named “The Atlas Station” in the outskirts of Little India suburb. It is a space-themed Hostel which has spacepod-esque rooms that are very good for privacy and have amazing aesthetics and cleanliness. Since My phone didn’t had any signals, I downloaded the local maps as my phone 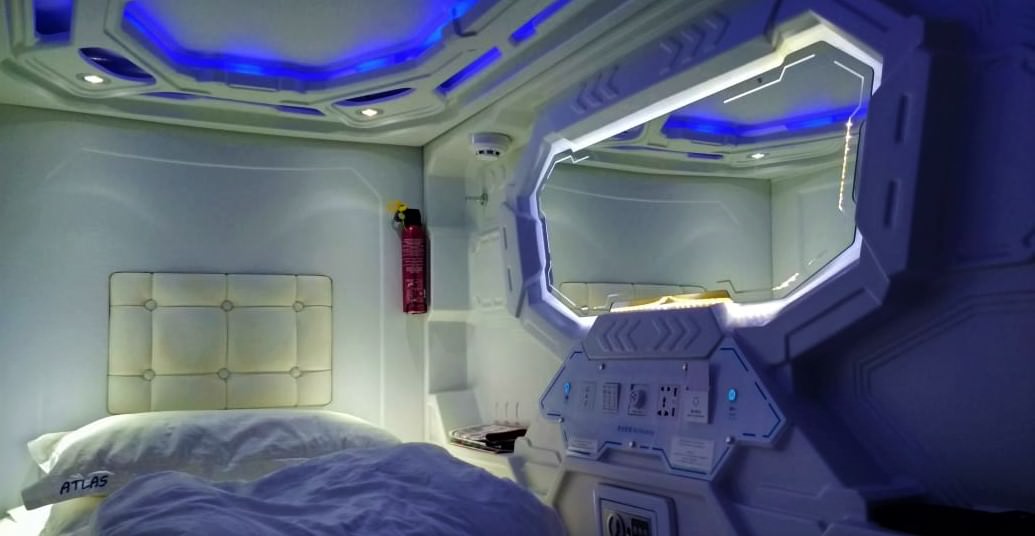 My Pod at the Atlas station

Next Day early morning, I started my walk into the city. My goal for the day was to reach Gardens by the Bay. During my walk, I strategically chose the path via which I can cover the majority of the places while reaching my destination. Crossing the Sri Srinivasa Perumal Temple, Mustafa, Sultan Mosque I reached the Arabic Street. The street has a lot of shops selling Arabic fabric to lamps and fragrances to food. There are many streets like these catering to the needs of travelers and especially people of a particular ethnicity. 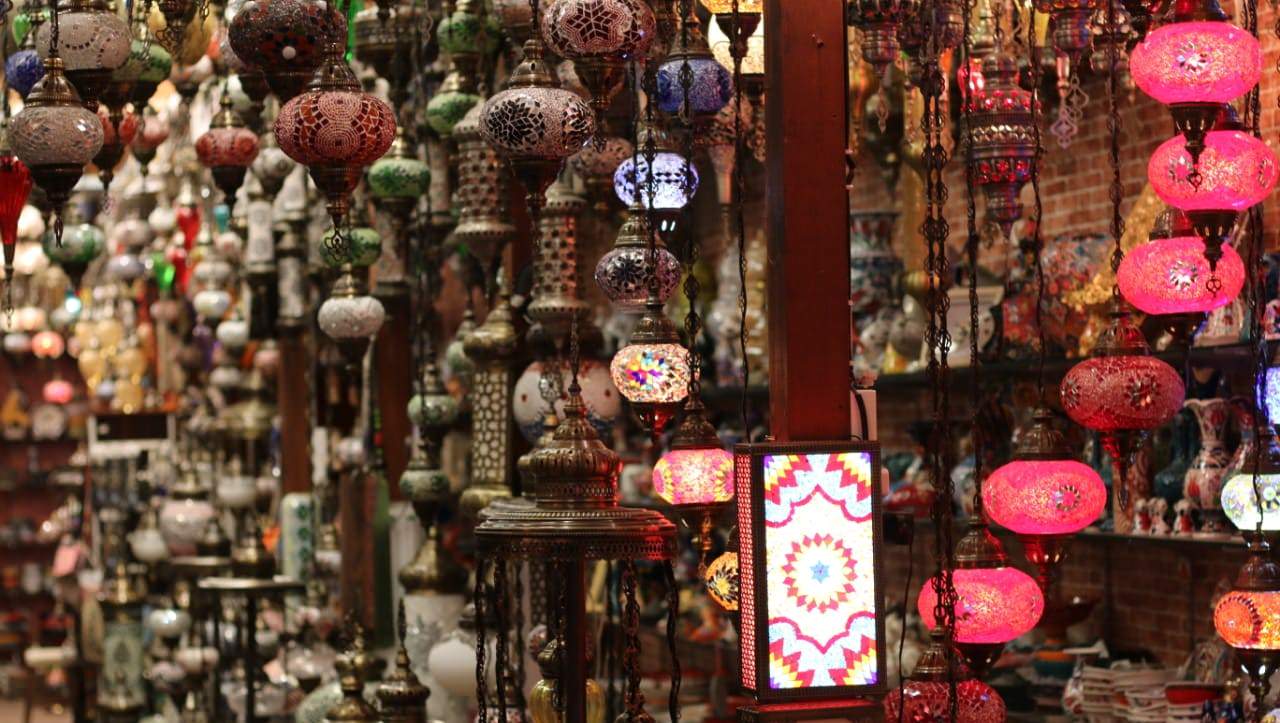 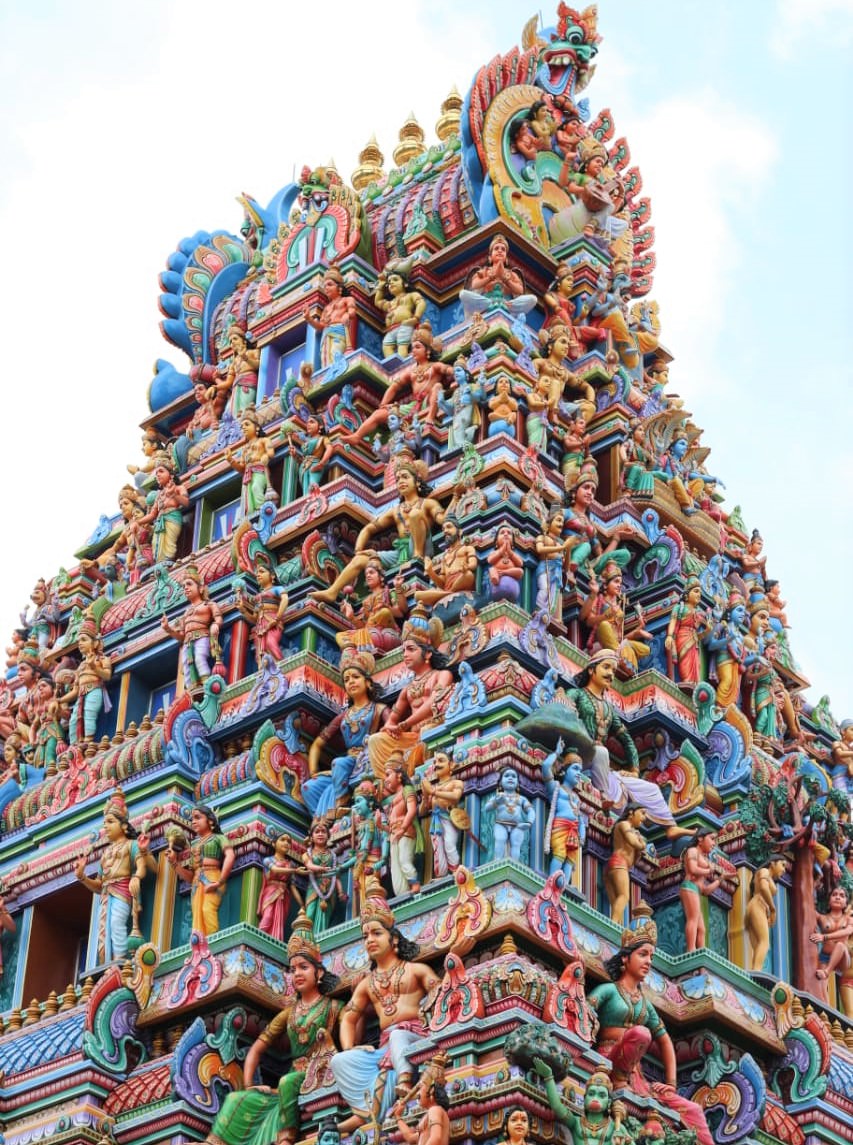 Suddenly it started raining very heavily. To be honest, in my entire life, I had never seen the weather change so drastically. Although I opened my Umbrella, but I was certain that it will not save me from this heavy rain. So I took shelter in a nearby cafe. In around 20 Minutes the rain subsided and I started following the Google Maps to my destination. After crossing multiple sidewalks, I reached in the middle of a forest, although according to maps I should be on a road, I wasn’t. Hmmmmm, I said to myself. From this point, it was impossible for me to go back and the way forward was also not certain, on top of that the forest was full of mud puddles. Sometimes in life too, we face a situation like this, where you cannot go back and the path ahead is not certain. In the situations like these, the one thing that helps is faith, having faith in your journey and your goals. I re-established my faith and started walking on the path. After 20 minutes I was at an underpass. I crossed the pass and was again on a sidewalk. From this side-walk, I reached the F1 Singapore Grand Prix stadium. From here the walk to the Marina bay sands was very easy.

I reached the Marina Bay Sands and was amazed by the magnanimity of the place. From the Marina Bay Sands, I went to Gardens by the Bay situated next to Marina Bay Sands. It is a large public garden which houses two huge cooled conservatories – the Flower Dome and the Cloud Forest as well as a cluster of gigantic Super Trees. It is one of its kind garden in the world. The flora, fauna and the ecosystem literally blew my mind. Ticket to both the places costs $28. But it is worth every penny. 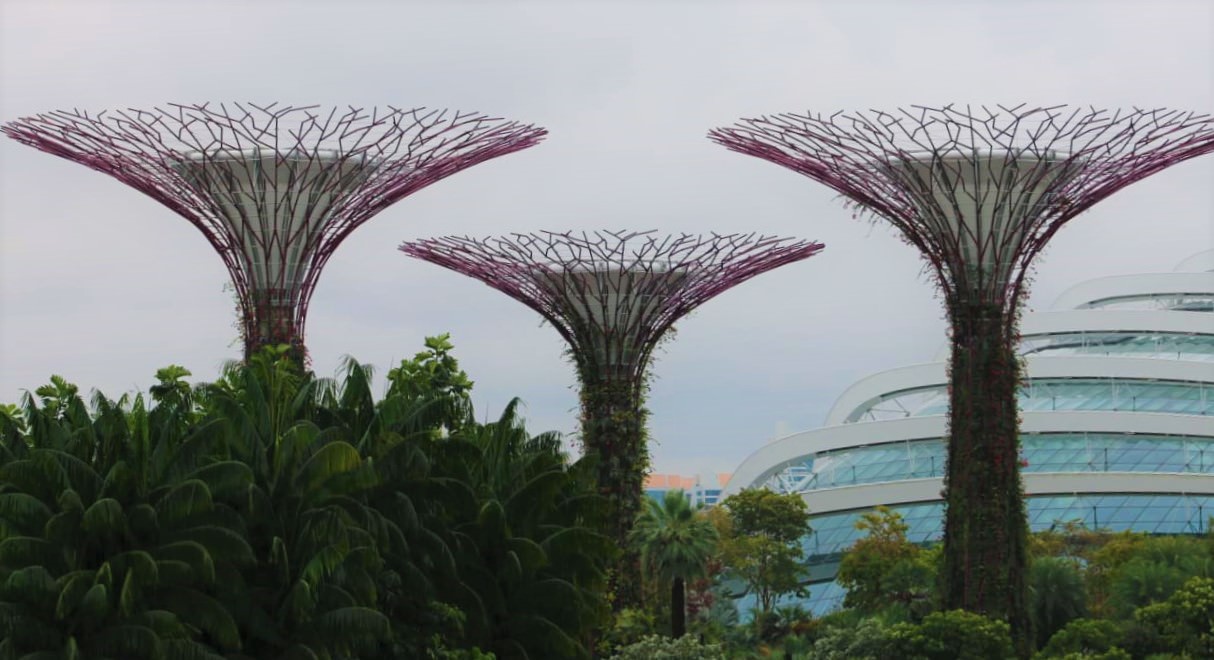 Trees at the Gardens by the bay 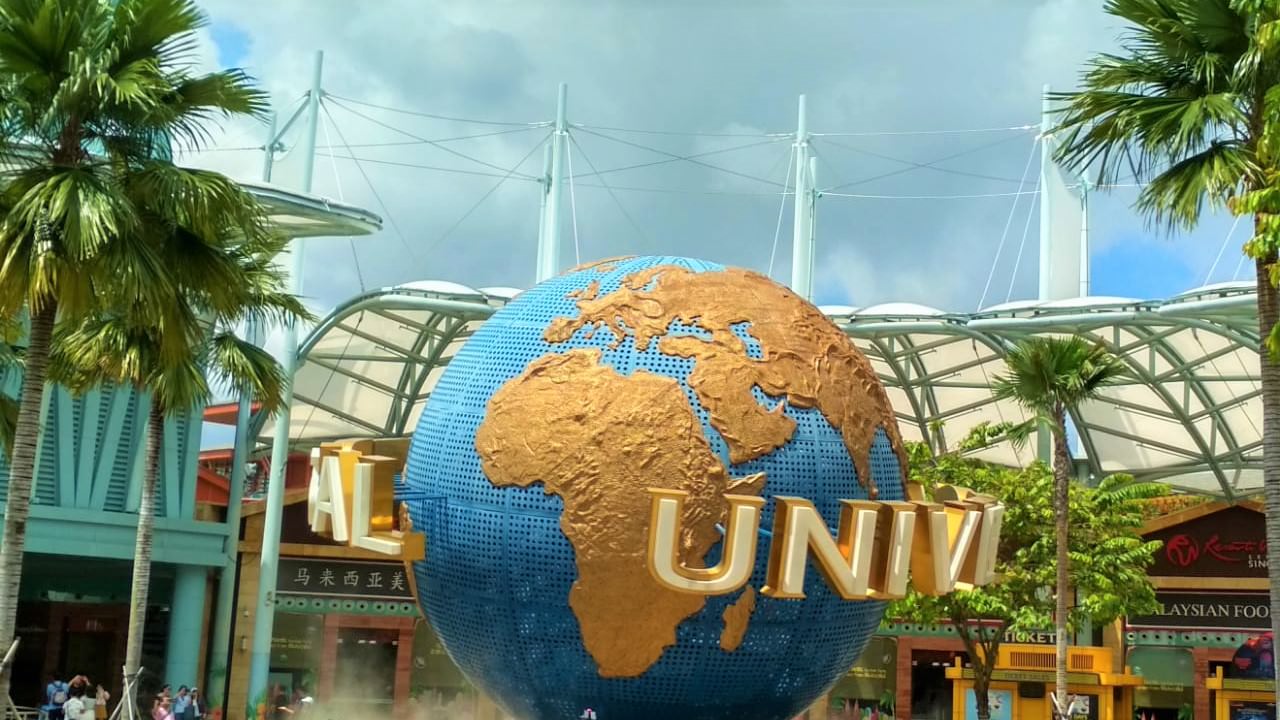 The Iconic Universal symbol at Sentosa 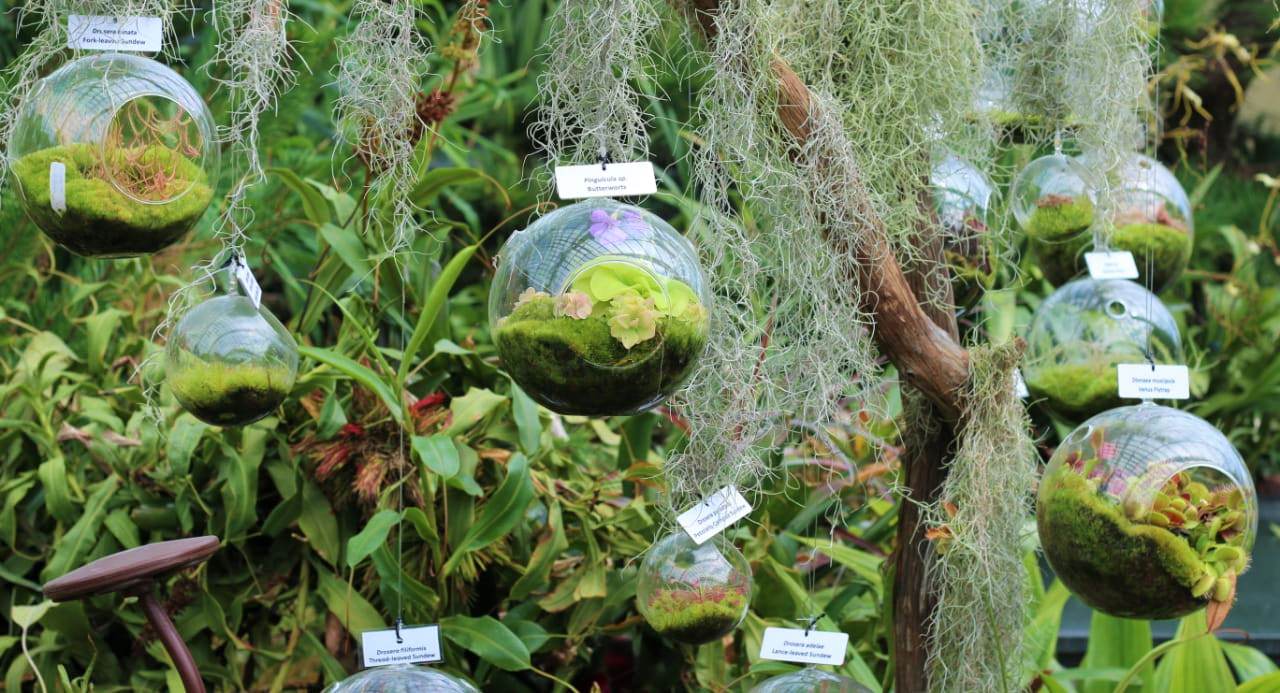 Small Orchids at the Museum 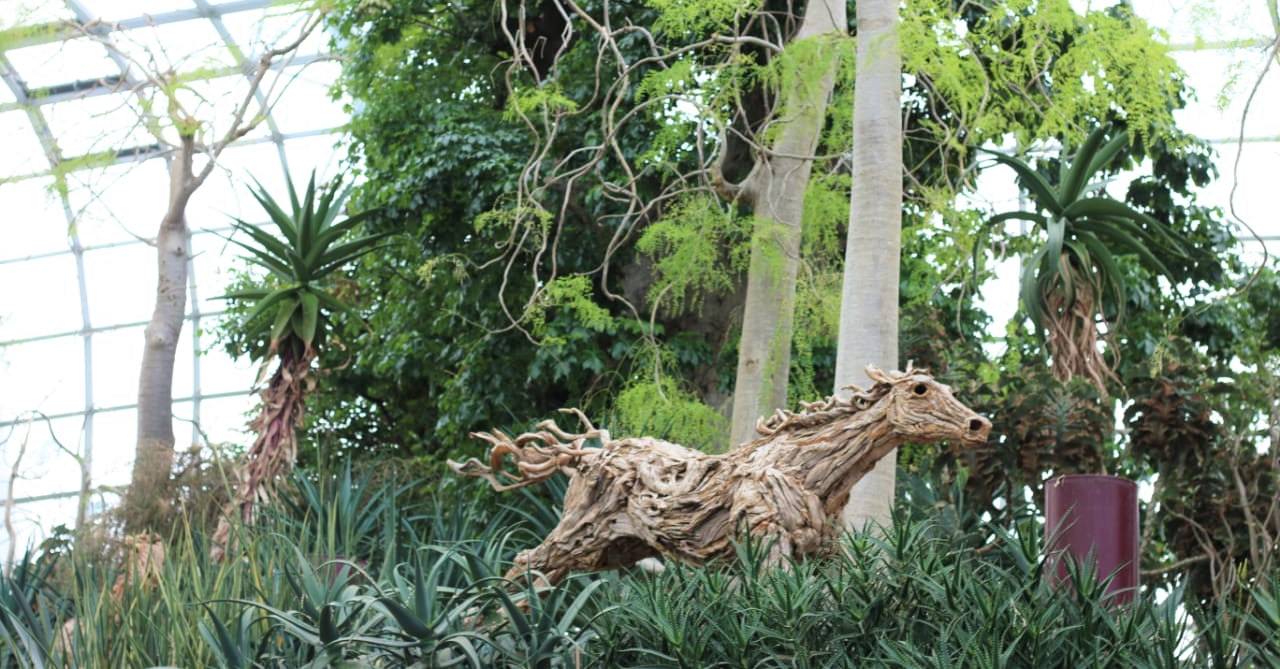 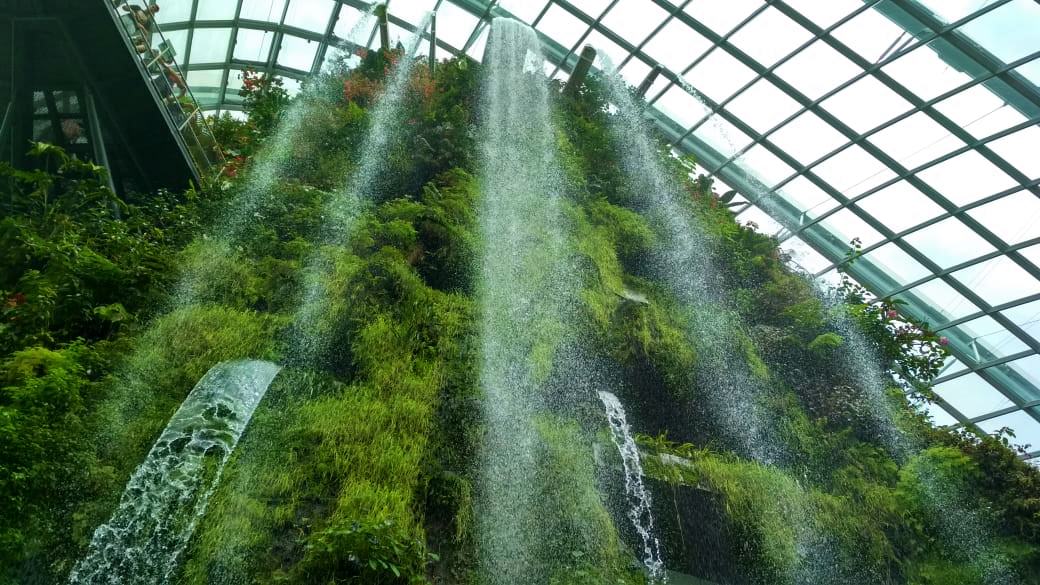 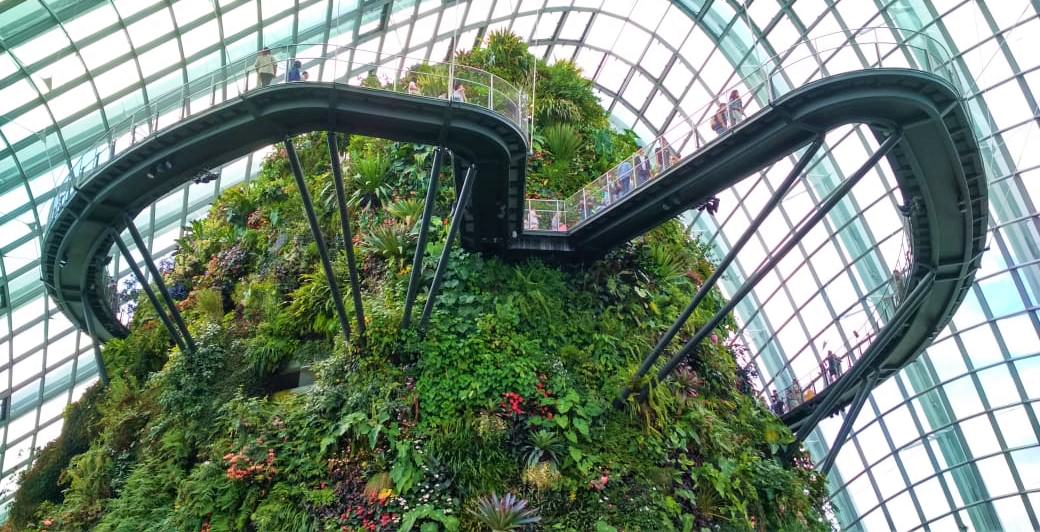 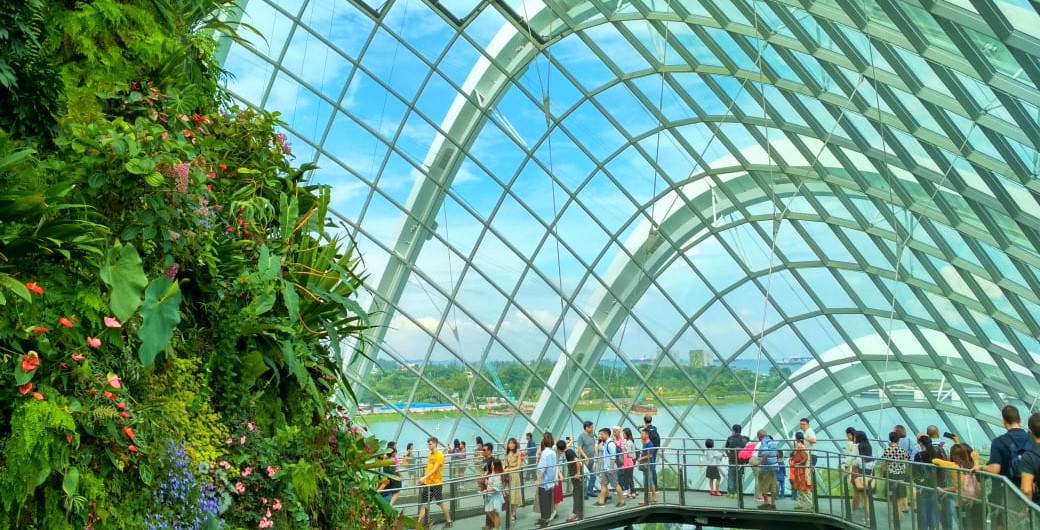 Walkway at the top of cloud forest

Next Day, crossing Parliament House, Supreme Court, reached the Iconic Merlion statue that is near the Boat Quay. The Merlion is depicted as a mythical creature with a lion’s head and the body of a fish. Like Taj Mahal is to India, the Merlion is to Singapore. You can find keychains, stickers, magnets and Momentos with Merlion on it in every Souvenir Shop. The View of the Singapore Skyline is amazing from here. 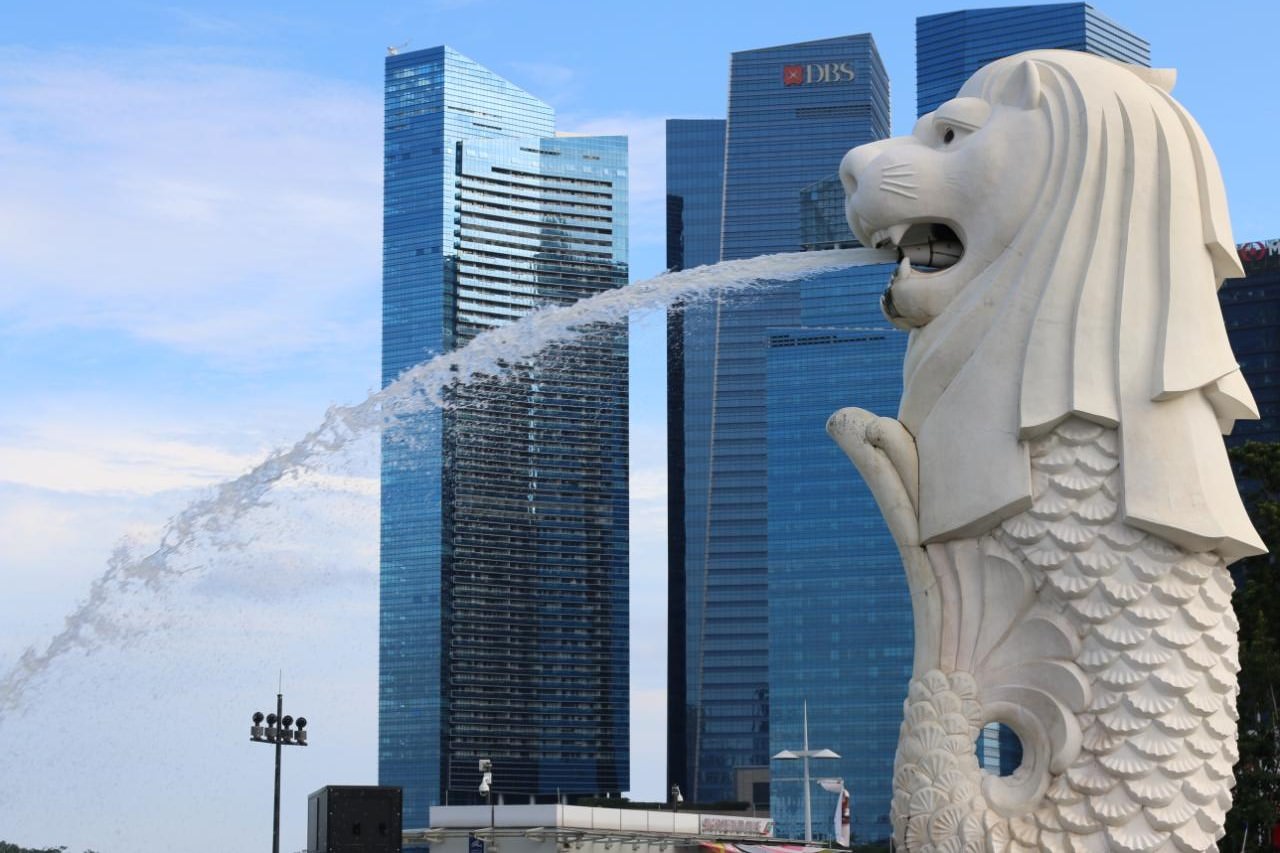 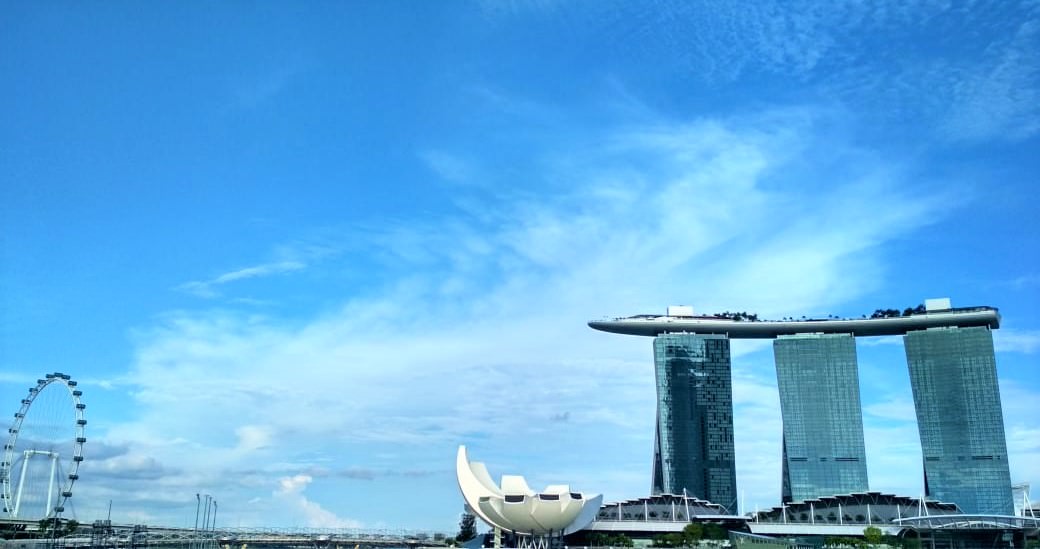 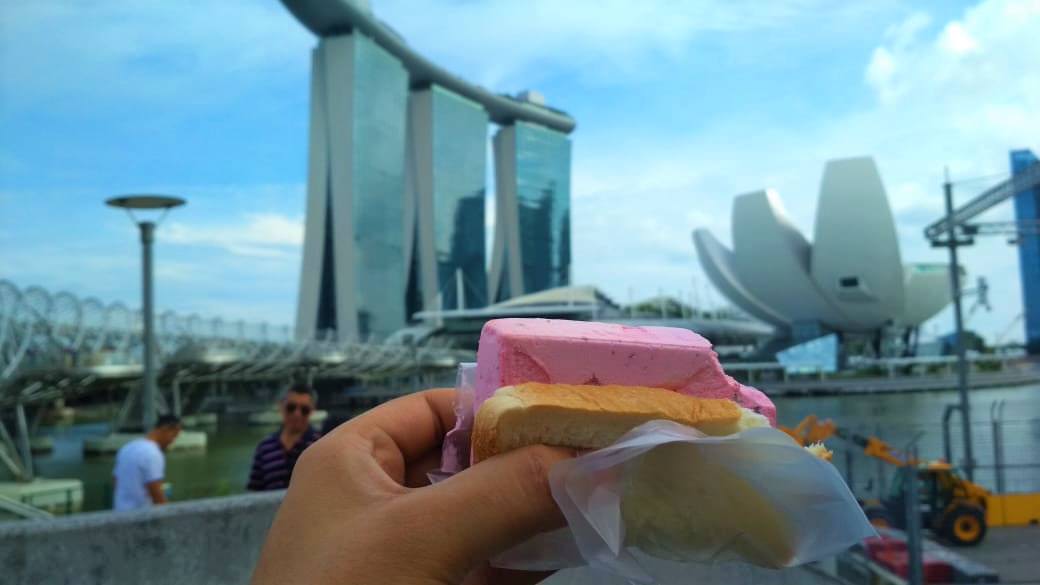 From the waterfront, I walked towards the Chinatown. There I visited The Buddha Tooth Relic Temple. It is called Tooth Relic Temple as on the 4th floor of the temple is one of Buddha Shakyamuni’s teeth. The streets surrounding the temple has souvenir and local shops. One of the streets was a hawker street filled with Chinese and Singaporean delicacies. After having my dinner and purchasing a few mementoes from Chinatown I went back to my hostel. 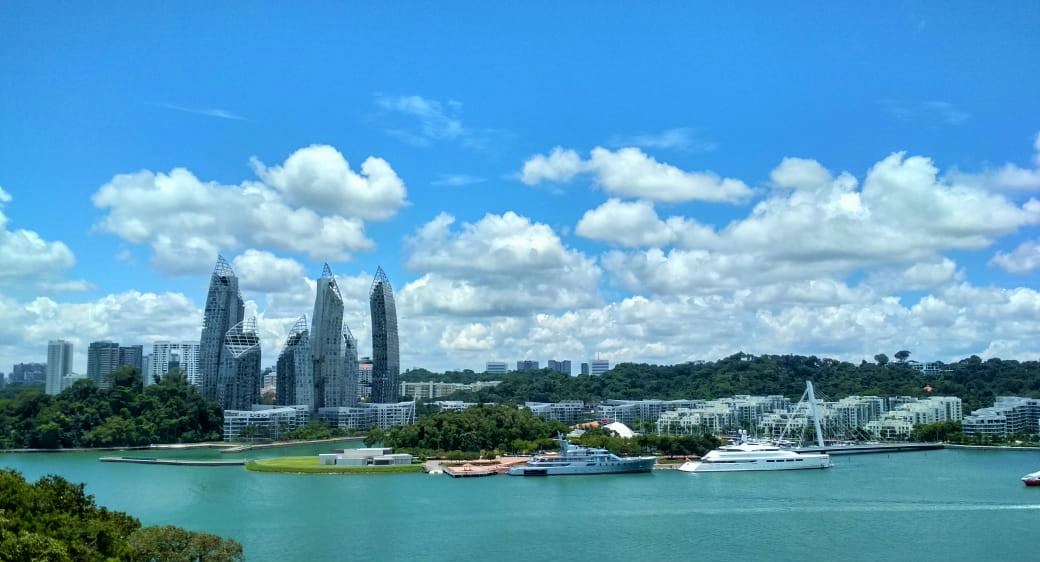 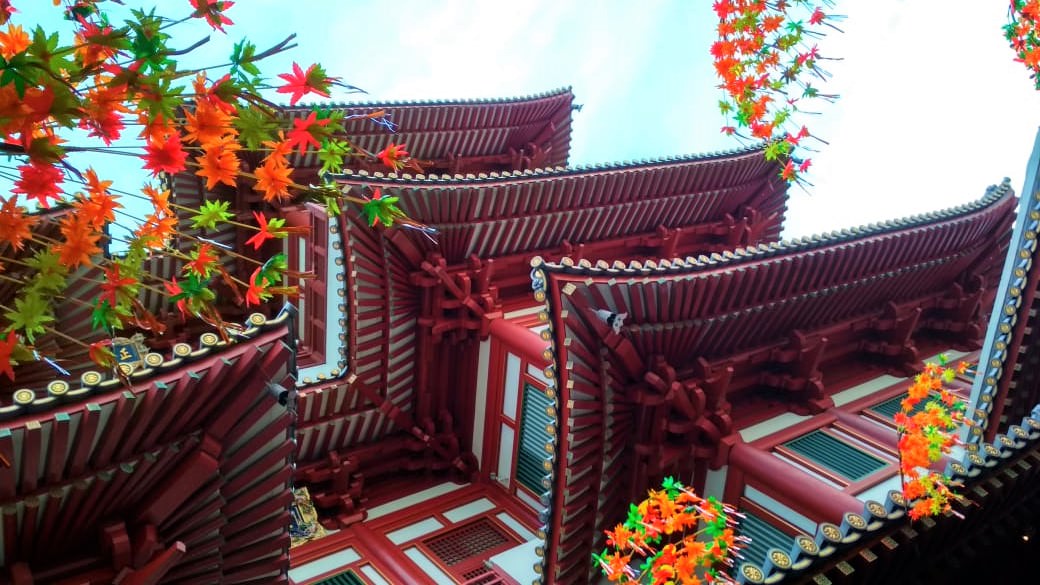 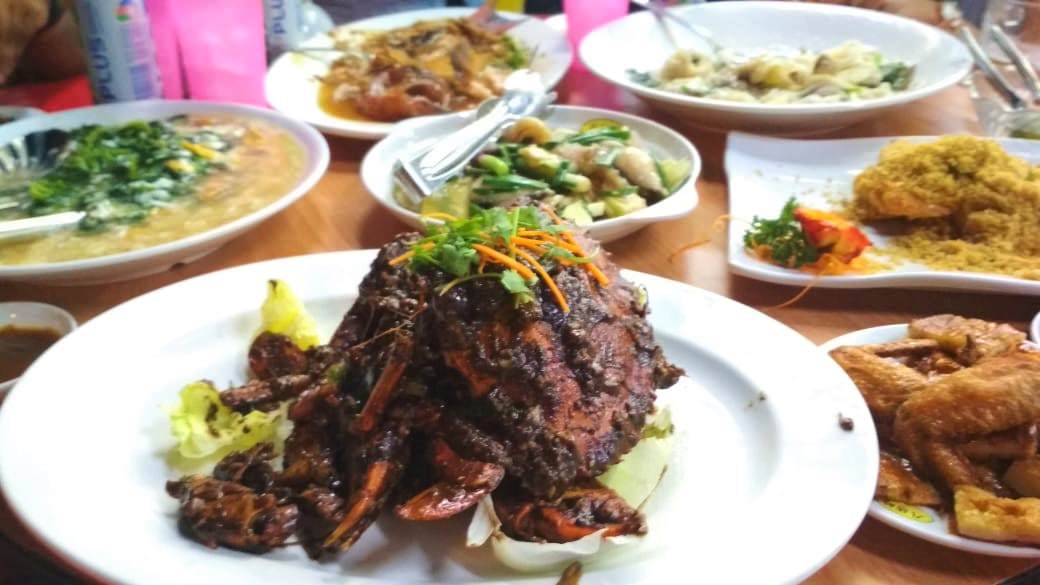 My last day in Singapore was reserved for Sentosa. This separate island from mainland Singapore was once a military fort. In the days of WWII, the Island was known as “The Island After Death”. Nowadays Sentosa means “peace and tranquillity” in Malay, which was in turn derived from the Sanskrit term Santosha (संतोष). It was a strategically chosen place to counter Japanese forces during WWII, this strategy, however, failed miserably. With universal studios and Casinos in place, the island is a big tourist attraction, popular as a quick island getaway.

I reached the Island by walk from VivoCity via the Sentosa Broadwalk. It was free at that time but will be chargeable $1 from 2019. Since Sentosa is branded as a resort Island, the transport inside the island is free. I went to all the three beaches(Siloso, Palawan and Tanjong Beaches) on the Beach trams. The Merlion on the Island is very huge, 8 times the size of the actual Merlion. The free and the best thing to do in Sentosa is to visit Fort Siliso. Formerly, it was the largest British naval base in Singapore. It still has guns staring balefully out towards the sea in preparation for an enemy attack. It was conquered by the Japanese during WWII. Interesting story behind the conquest is that during the war all the Guns were facing the south sea (in expectation of a seaward Japanese assault.), but the enemy came from the north, invaded and captured Singapore. 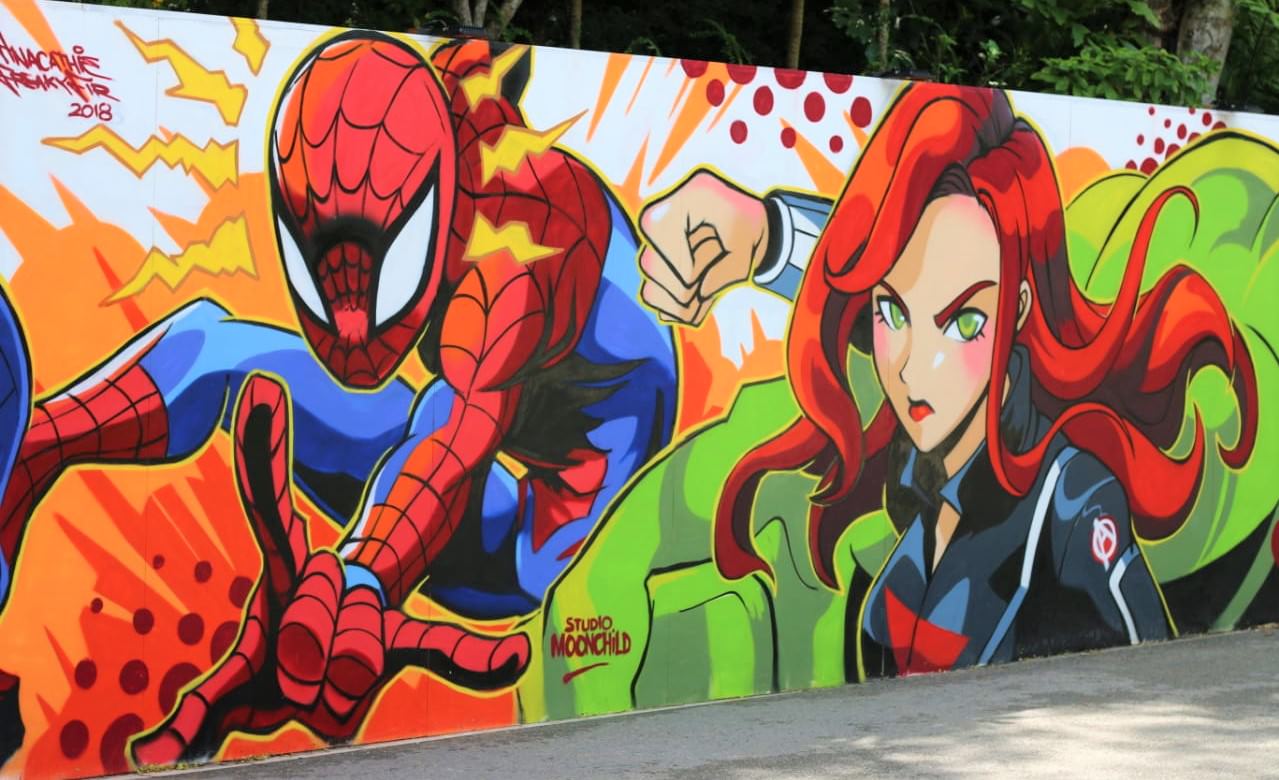 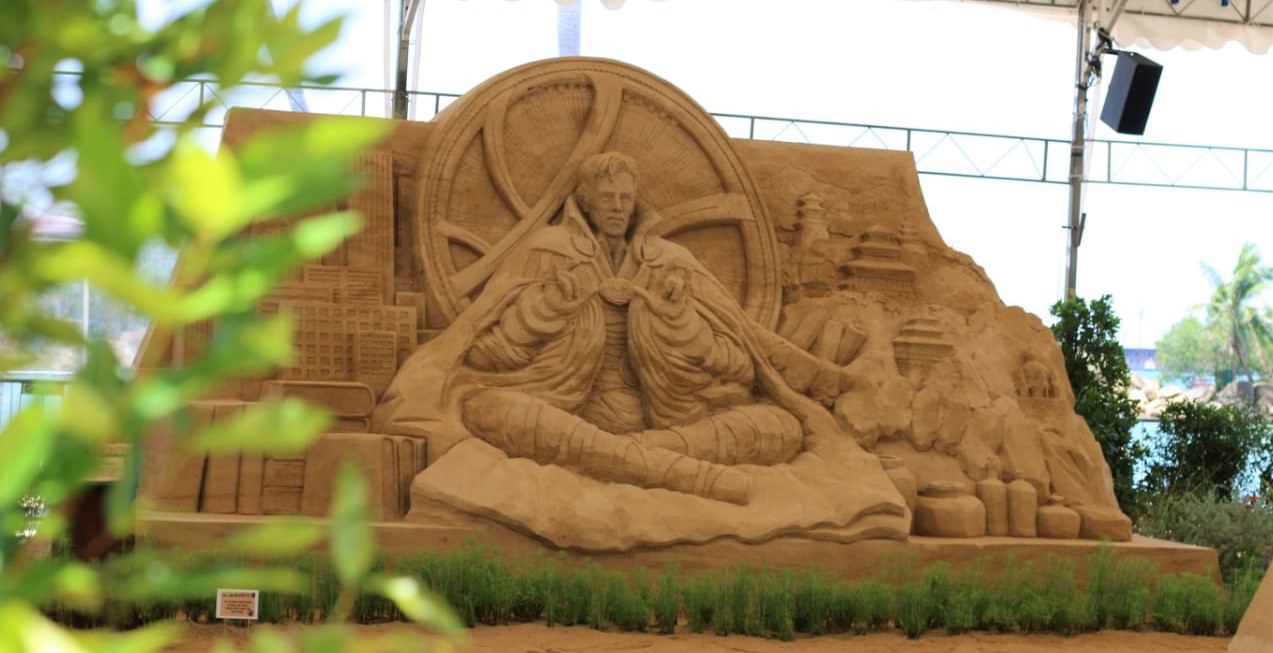 Marvel Sand art near the Beach 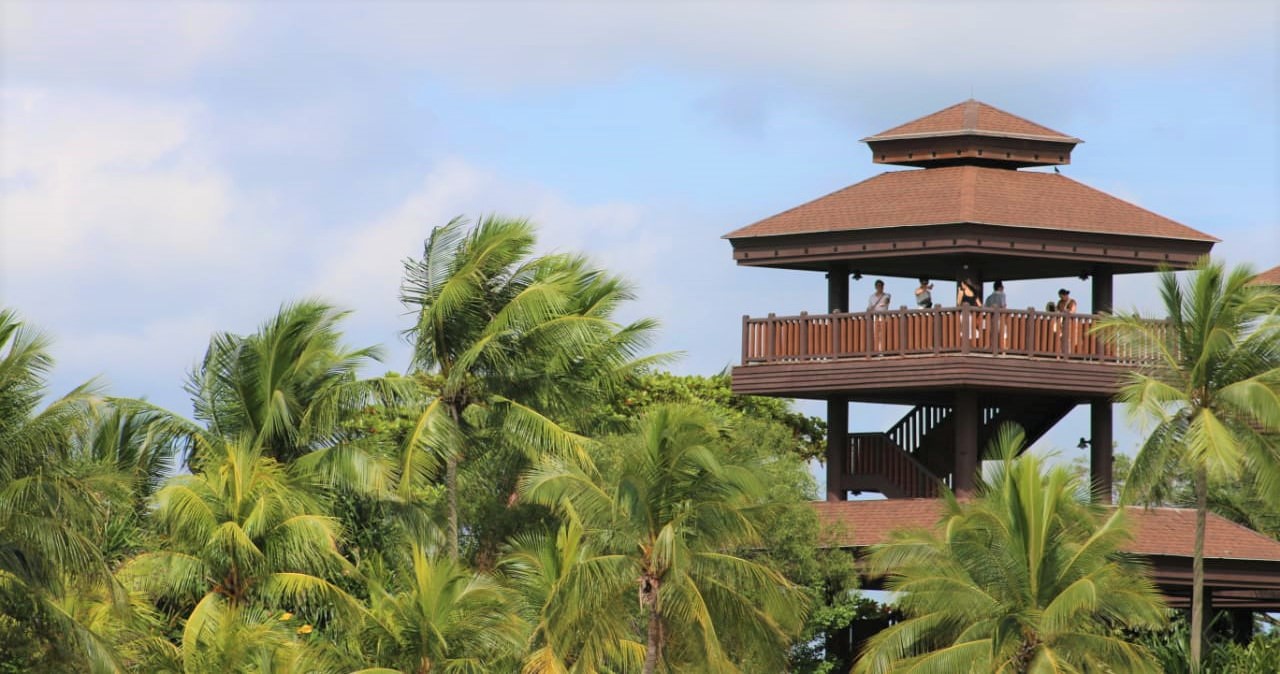 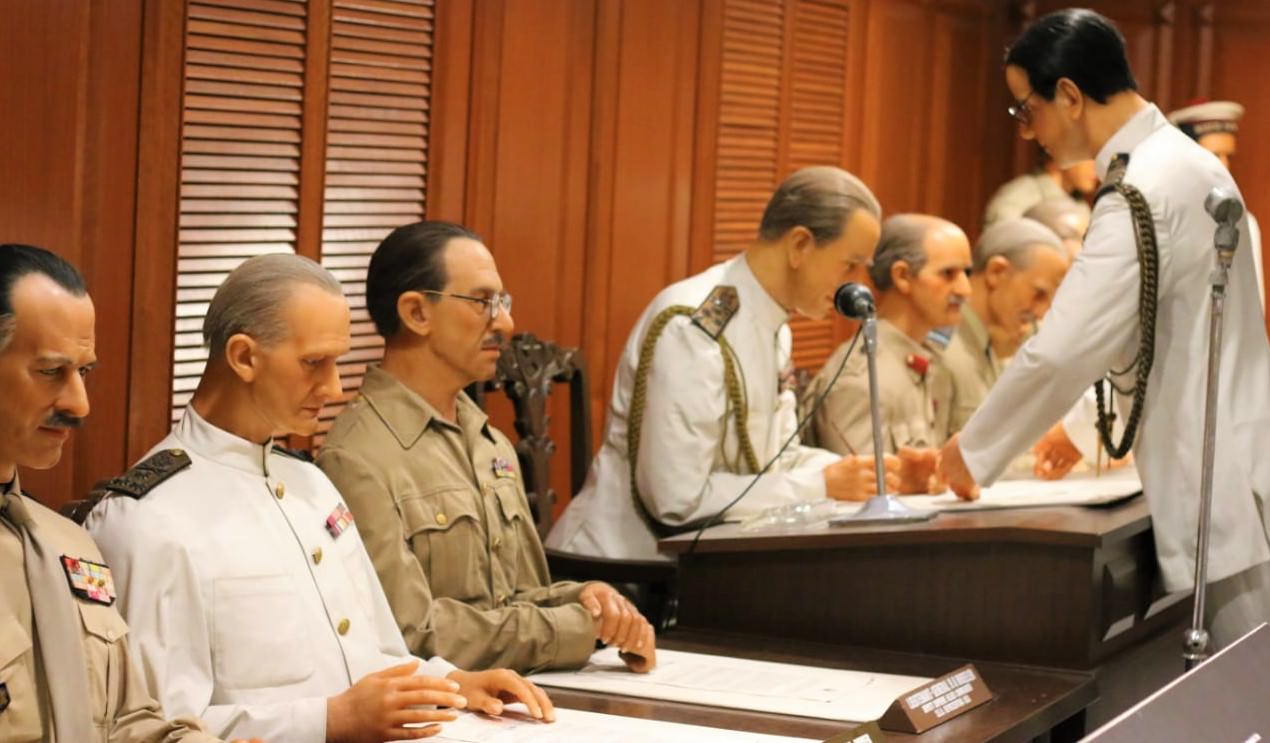 Declaration of Independence at fort Siloso 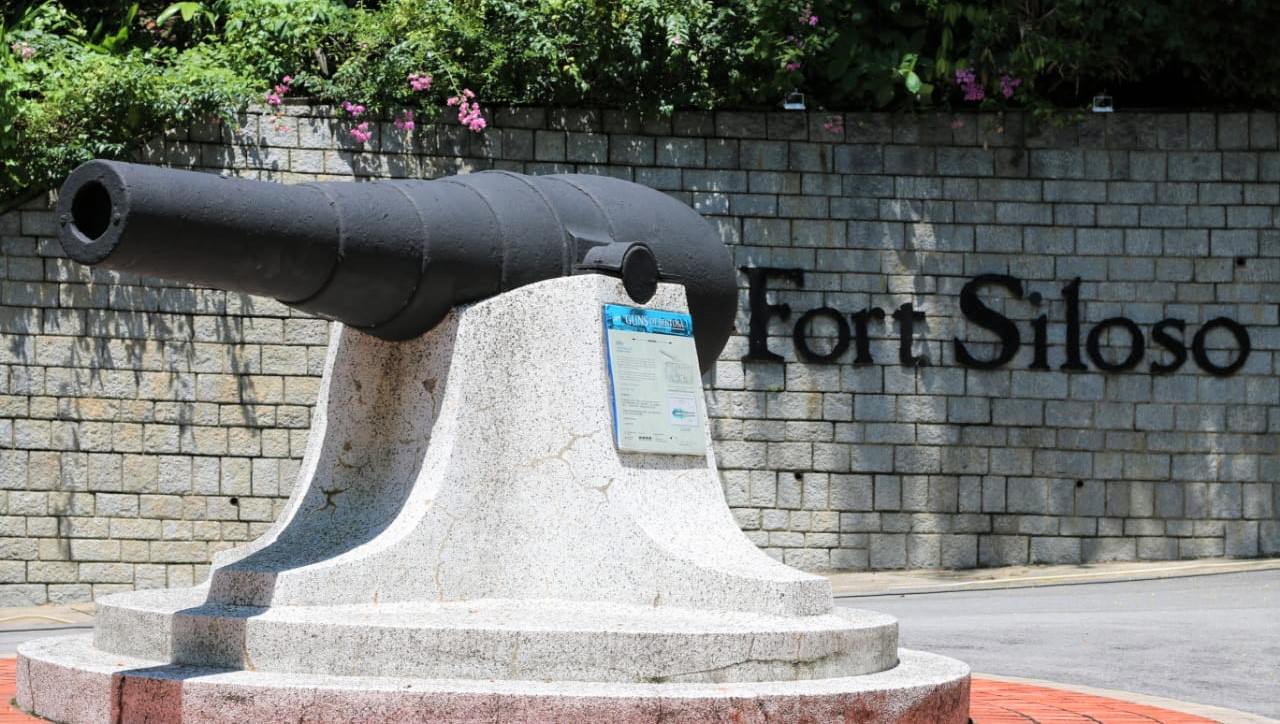 After visiting the Fort Siloso Museum. I walked down to the returning path via the Jungle Trail. It is really amazing to see that Singapore has maintained its flora and fauna in spite of such a dense population. After a busy day in Sentosa, I reached the Changi Aiport and visited the Butterfly Museum. It is a small 2 story Museum with many beautiful butterflies. After clicking a few pictures, I said goodbye to this amazing city-Country. 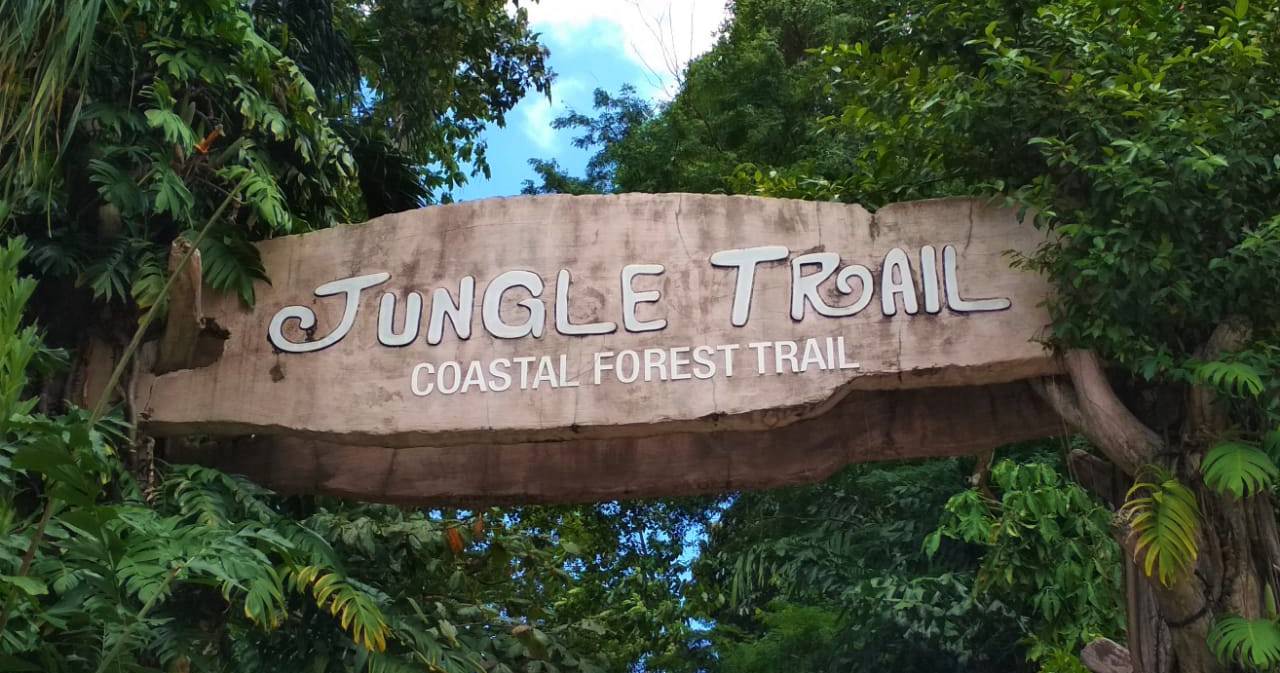 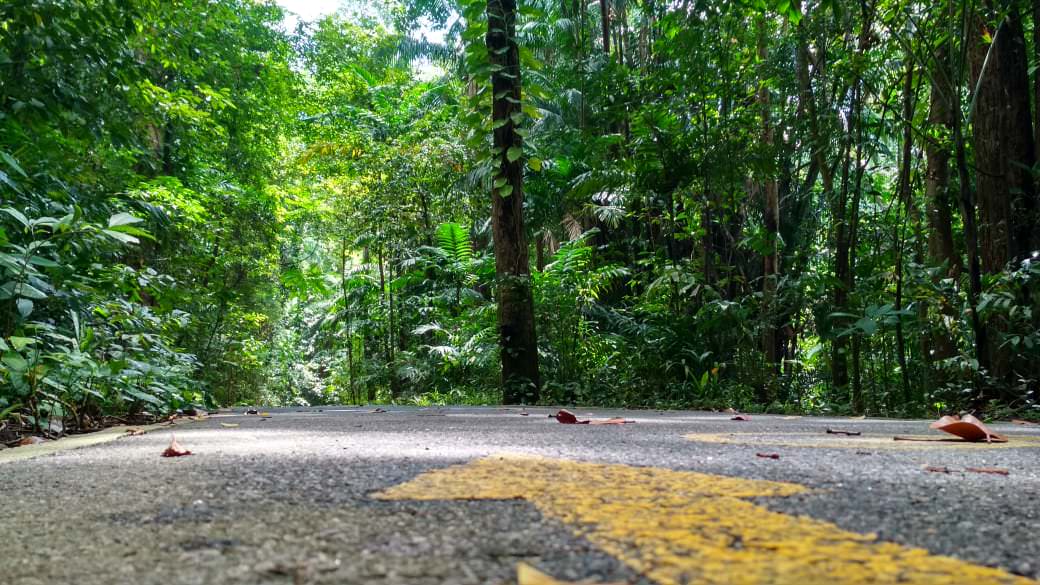 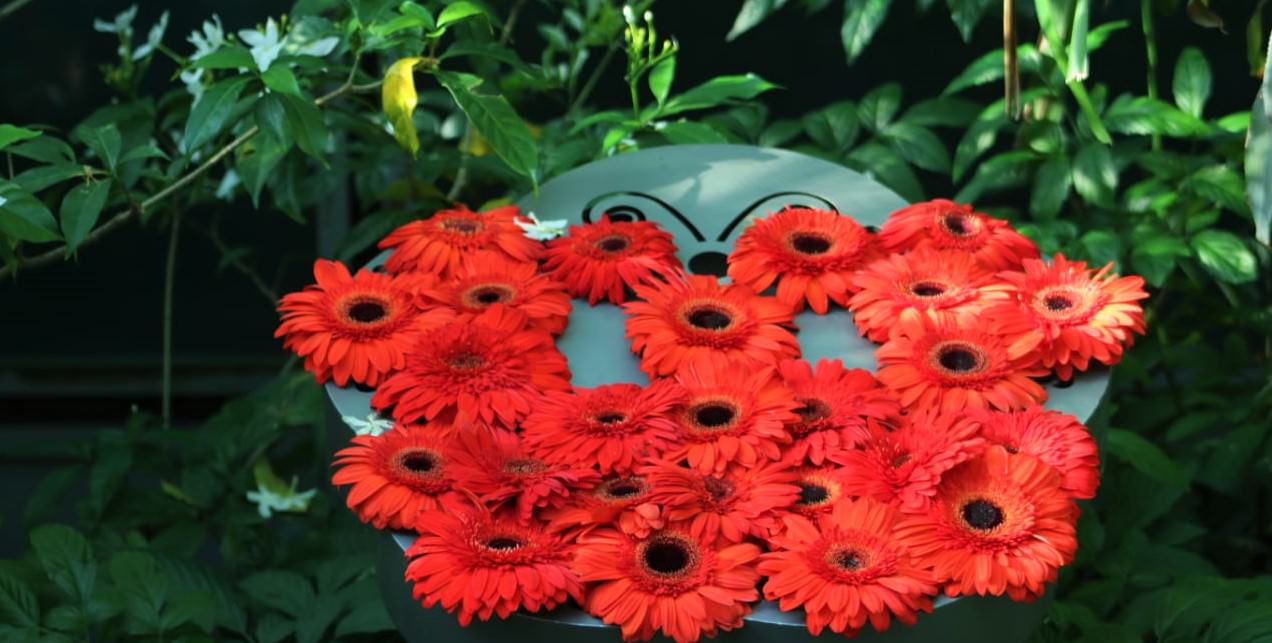 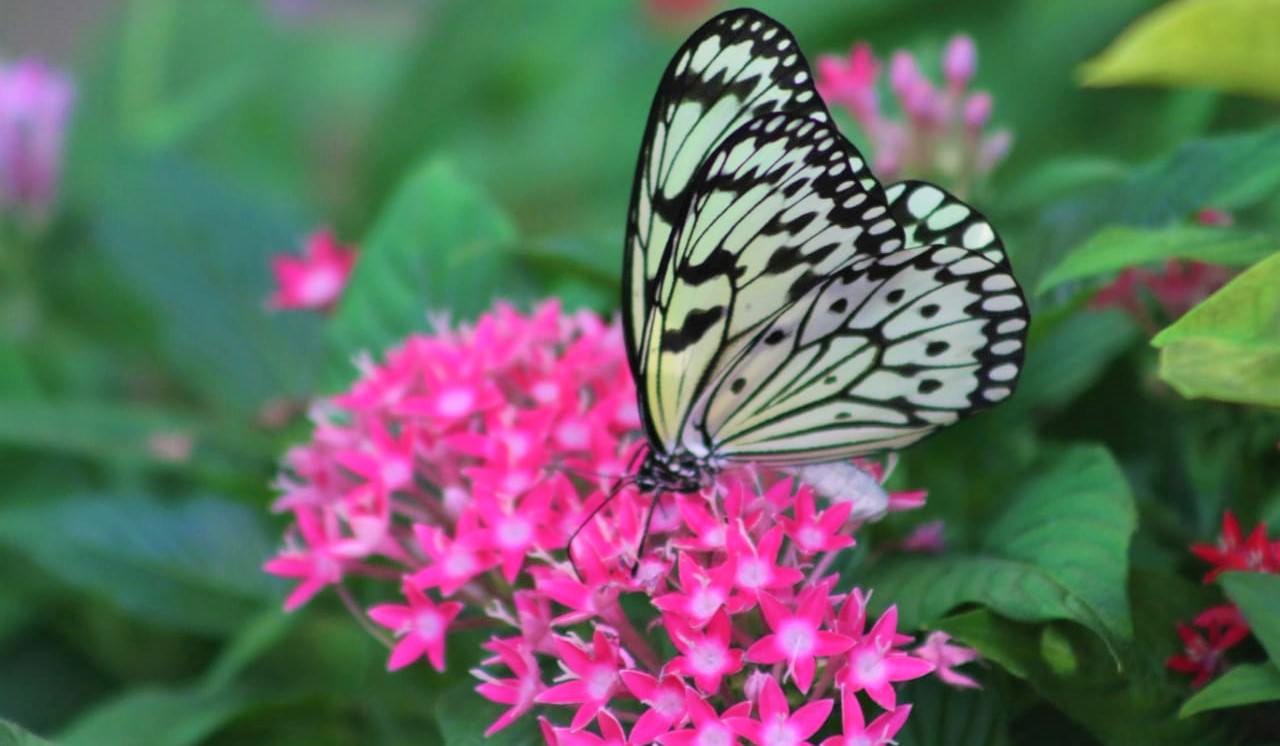 Butterflies in the Museum