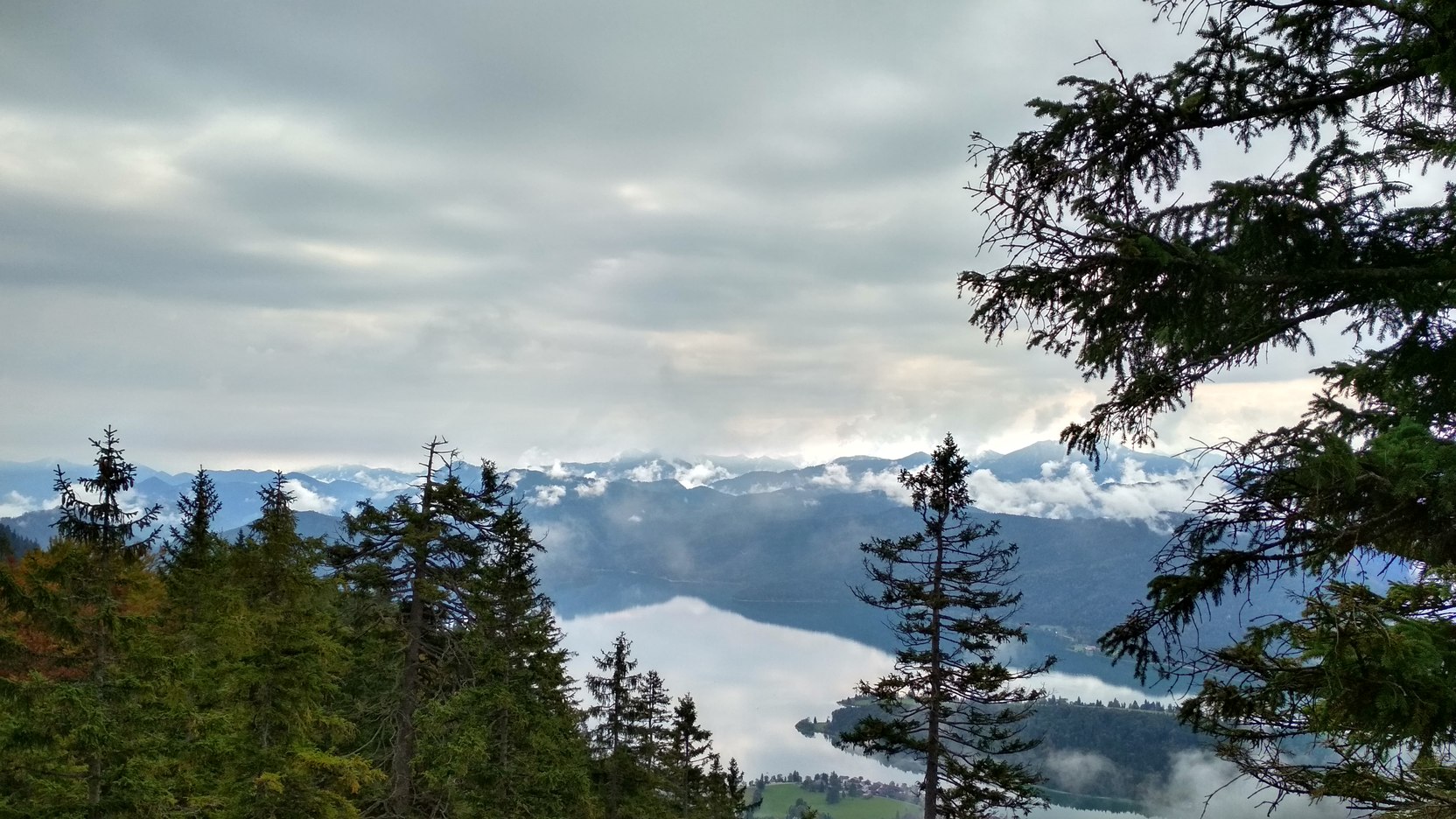 I was scrolling through my facebook feed and I came to know about a day trek close to Munich. I signed up for it and was ready the next Saturday at Hauptbahnhof. Out of 19 people that signed up, only 10 showed up. But nevertheless, it was fun. 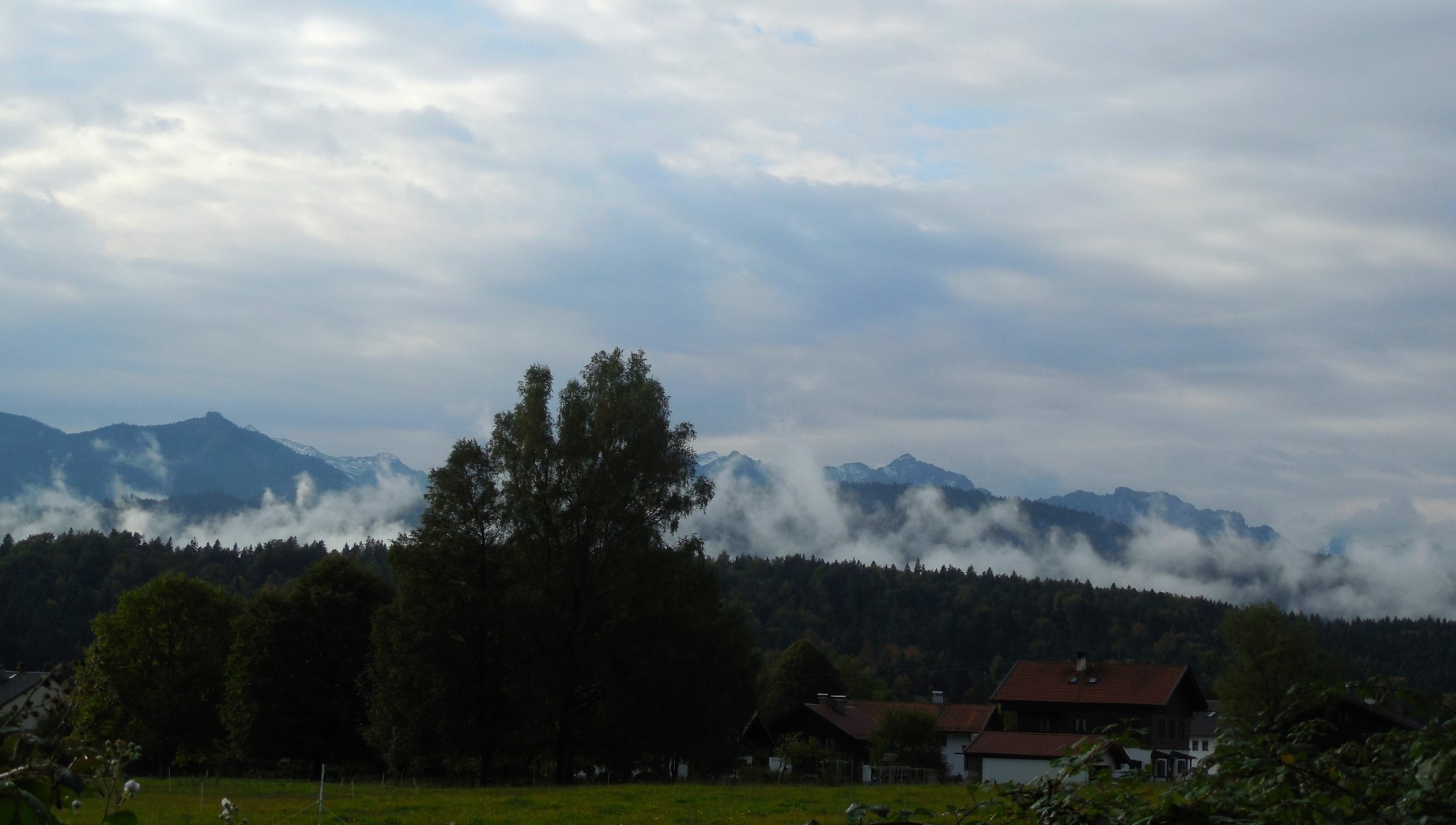 To trek to Herzogstand from Munich we took a train till Kochel. From Kochel, there was a bus till the trek starting point. We reached the lake at 9:00 am. The weather was a bit cloudy but warm. The Herzogstand is perched above the Walchensee, the deepest alpine lake in Germany and a popular spot for water sports. There is a Hut at Heimgarten where the trekkers can rest and refresh. 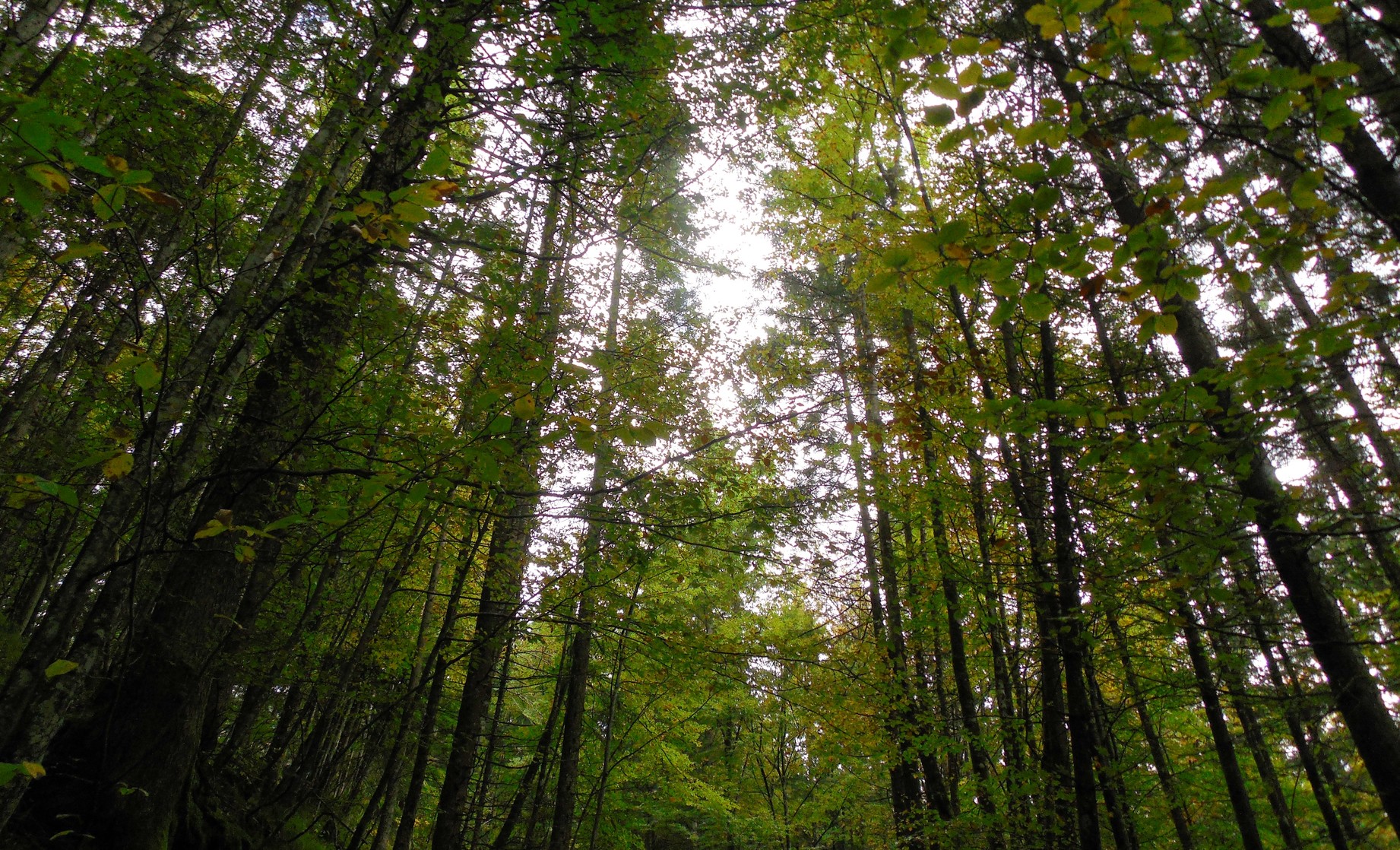 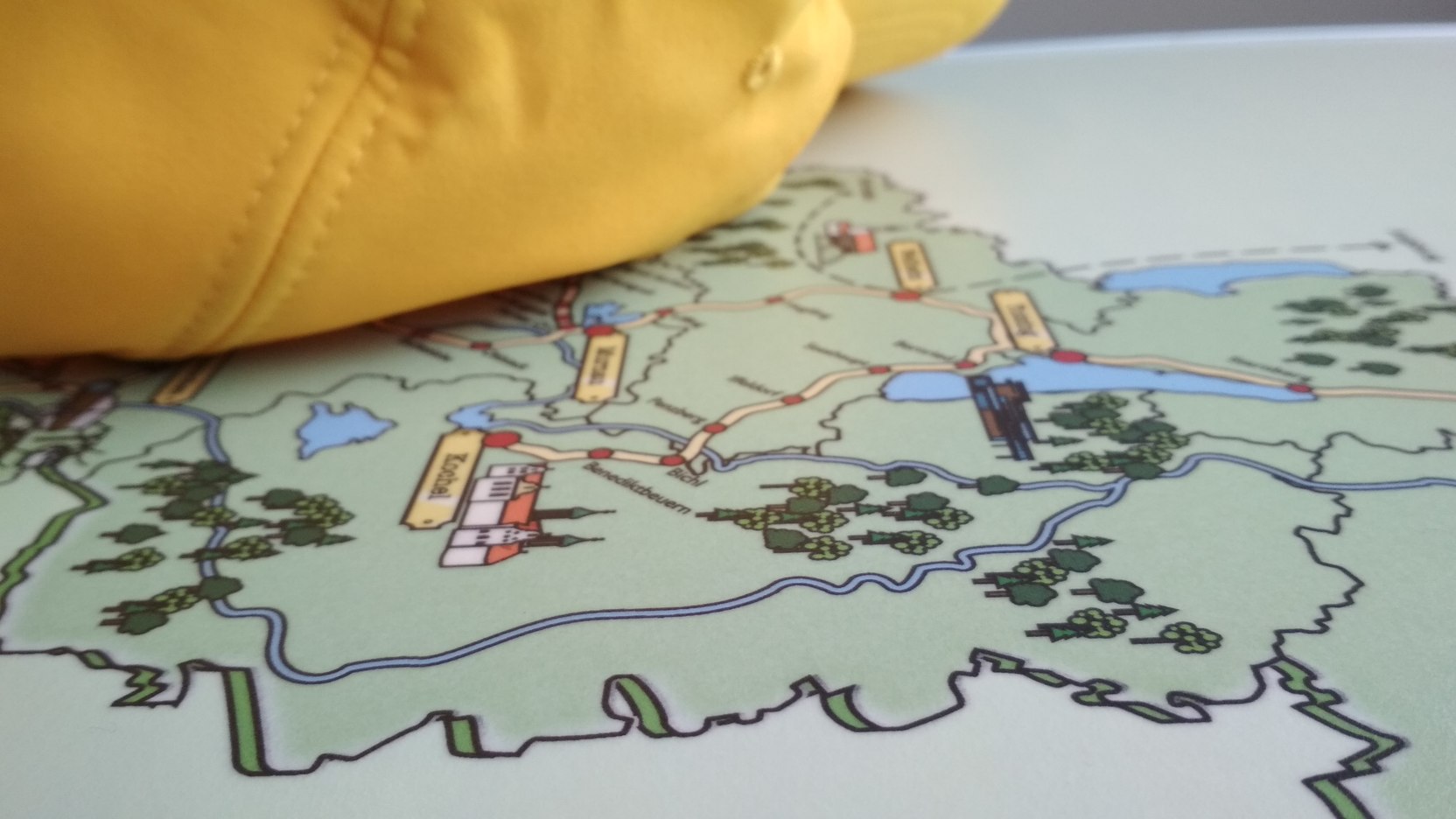 The Map in the Train 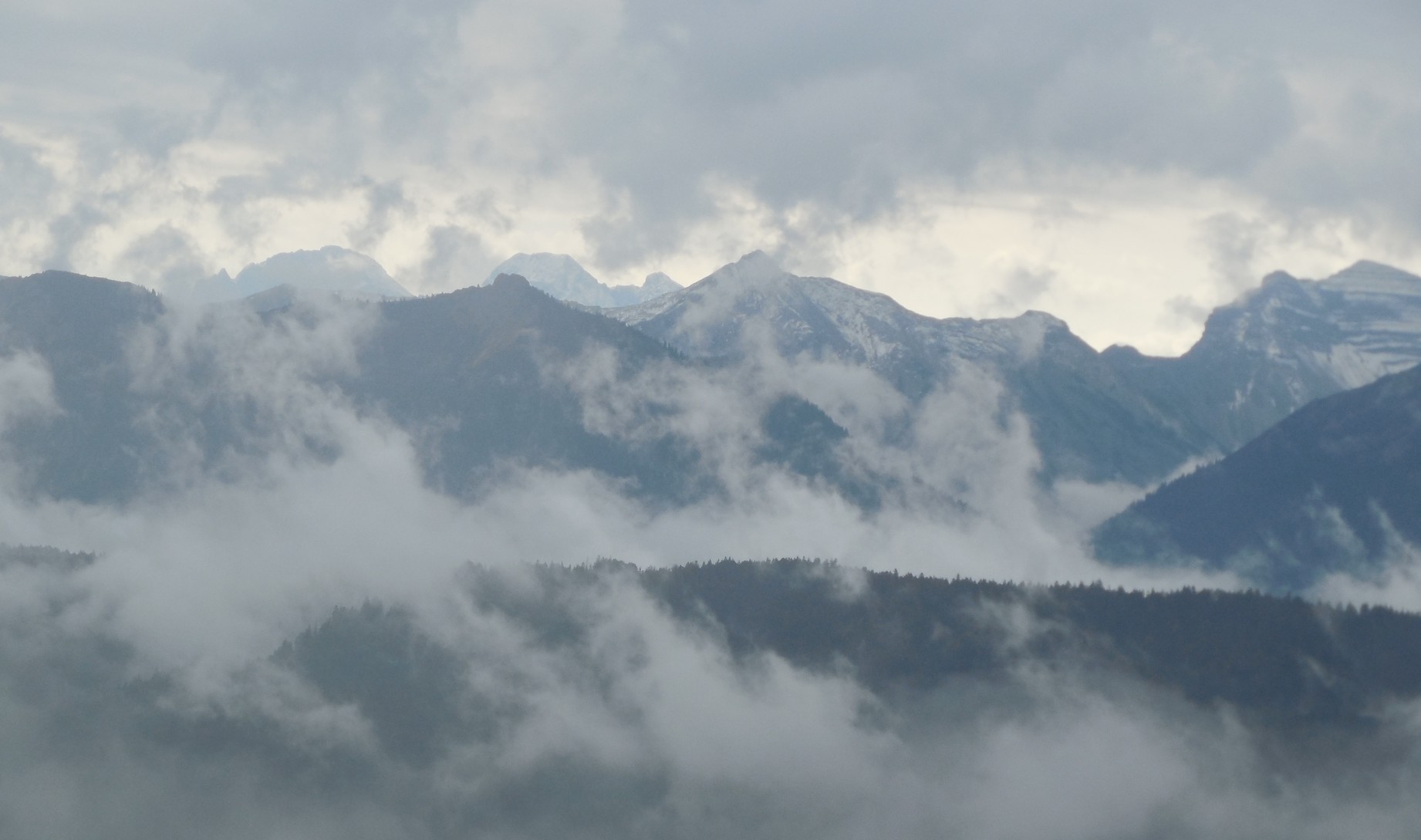 We took the opposite path to the Top and went via Heimgarten. After an hour of walking the surroundings were covered by clouds and it started drizzling. I took my raincoat out, however, the surrounding views of the lake and the mountains soaked myself in. After 3 hours we were at the top. I rested to catch a few breaths and was caught amidst the breathtaking views of the alpine blue lake nestled between the Alps. No picture can do justice to the experience at that moment. 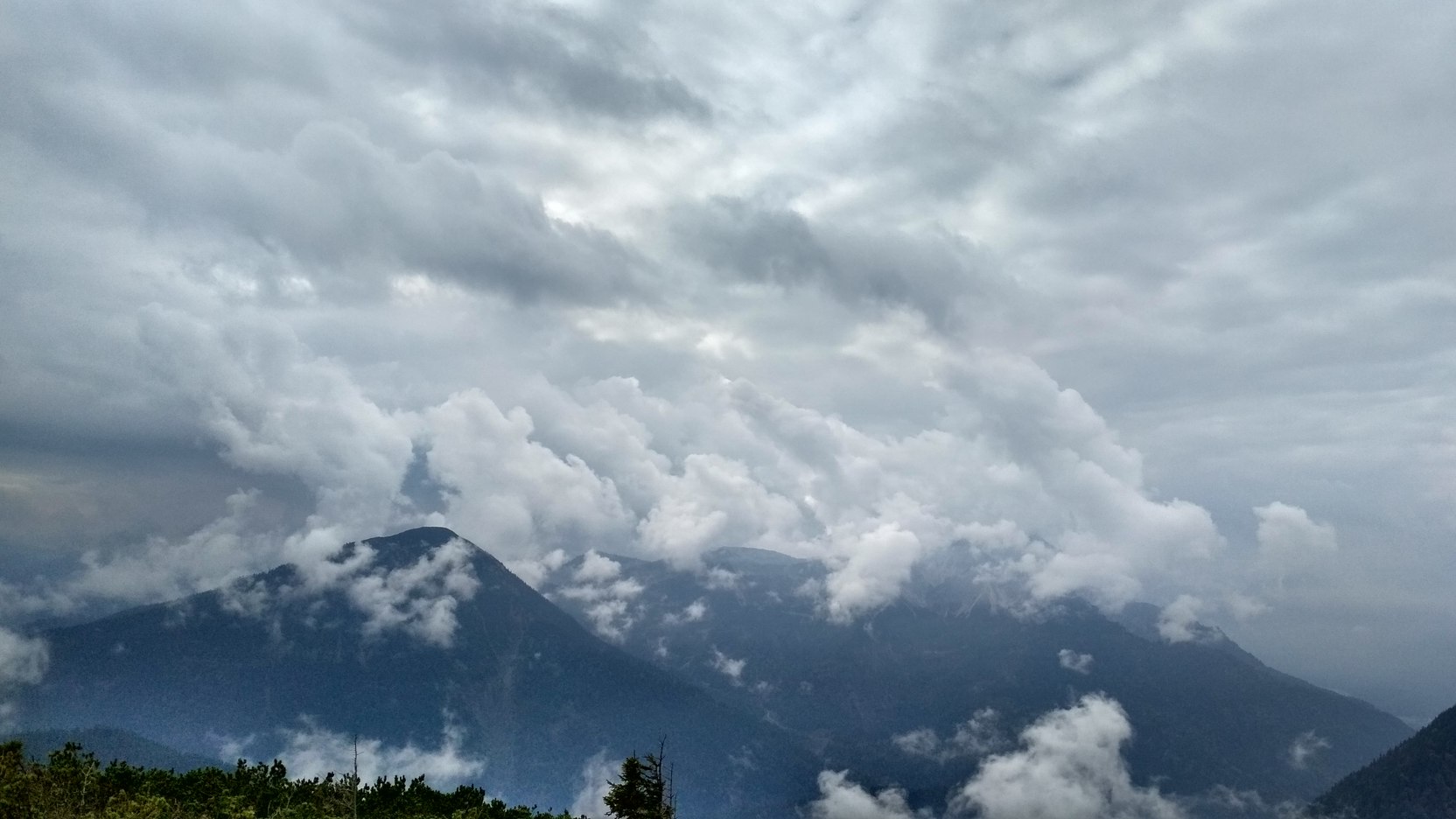 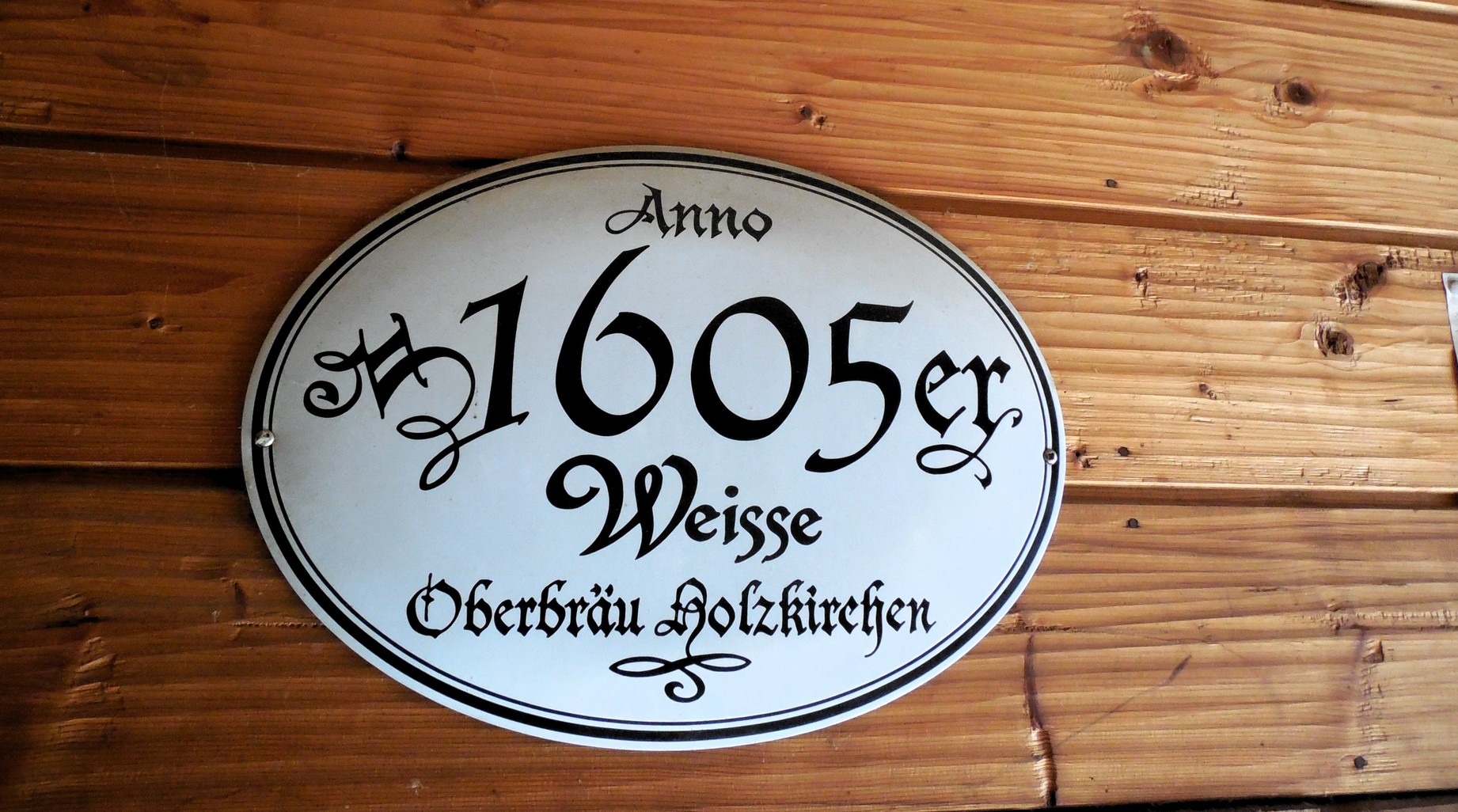 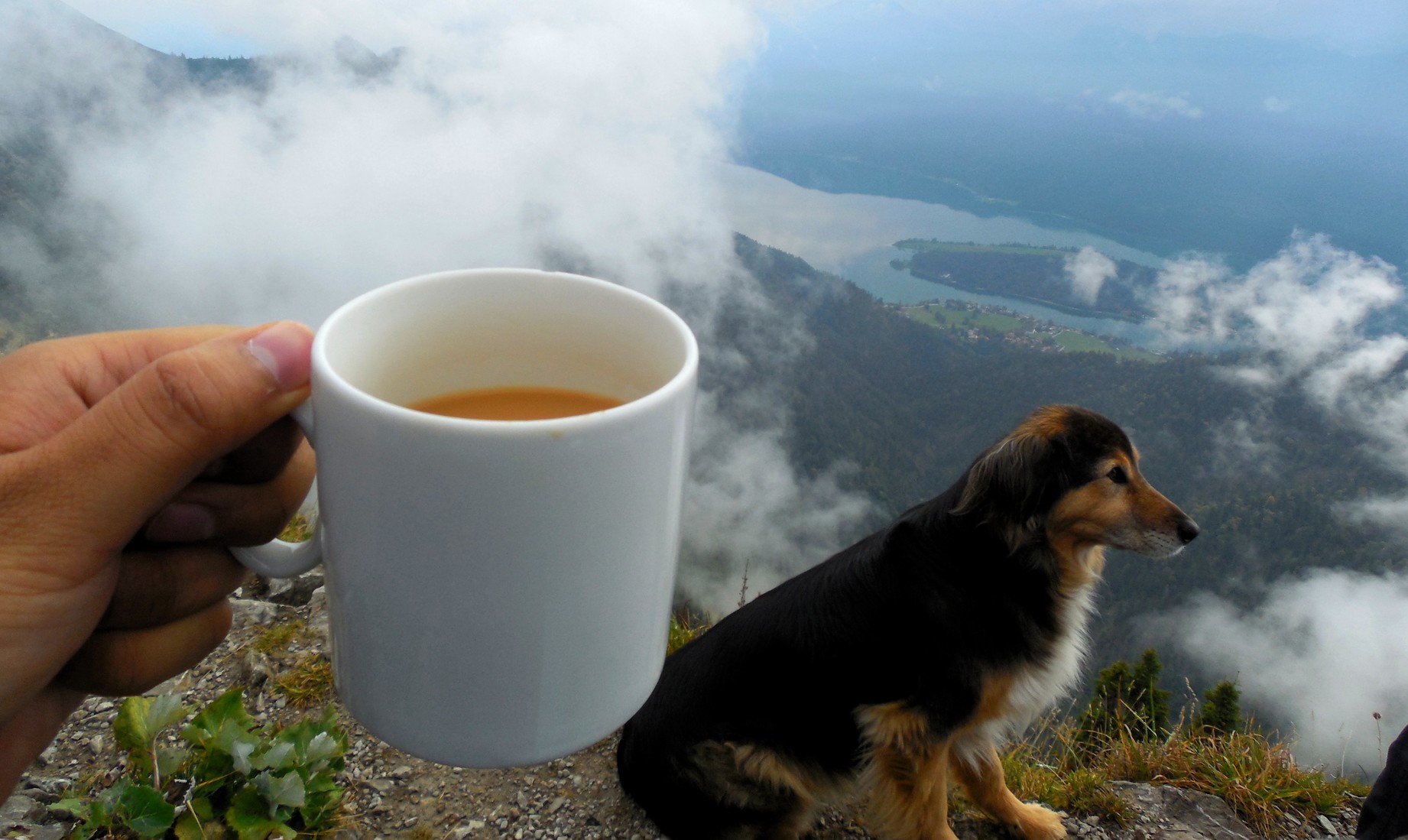 I went inside the hut to look for some Food to eat, but the menu was incomprehensible. I took a cup and went outside to enjoy the views. Heimgarten Summit had a giant cross at the summit, From here the path to Herzogstand has less elevation. the ridge was is narrow, less than a meter wide in some places and straight down on both sides. 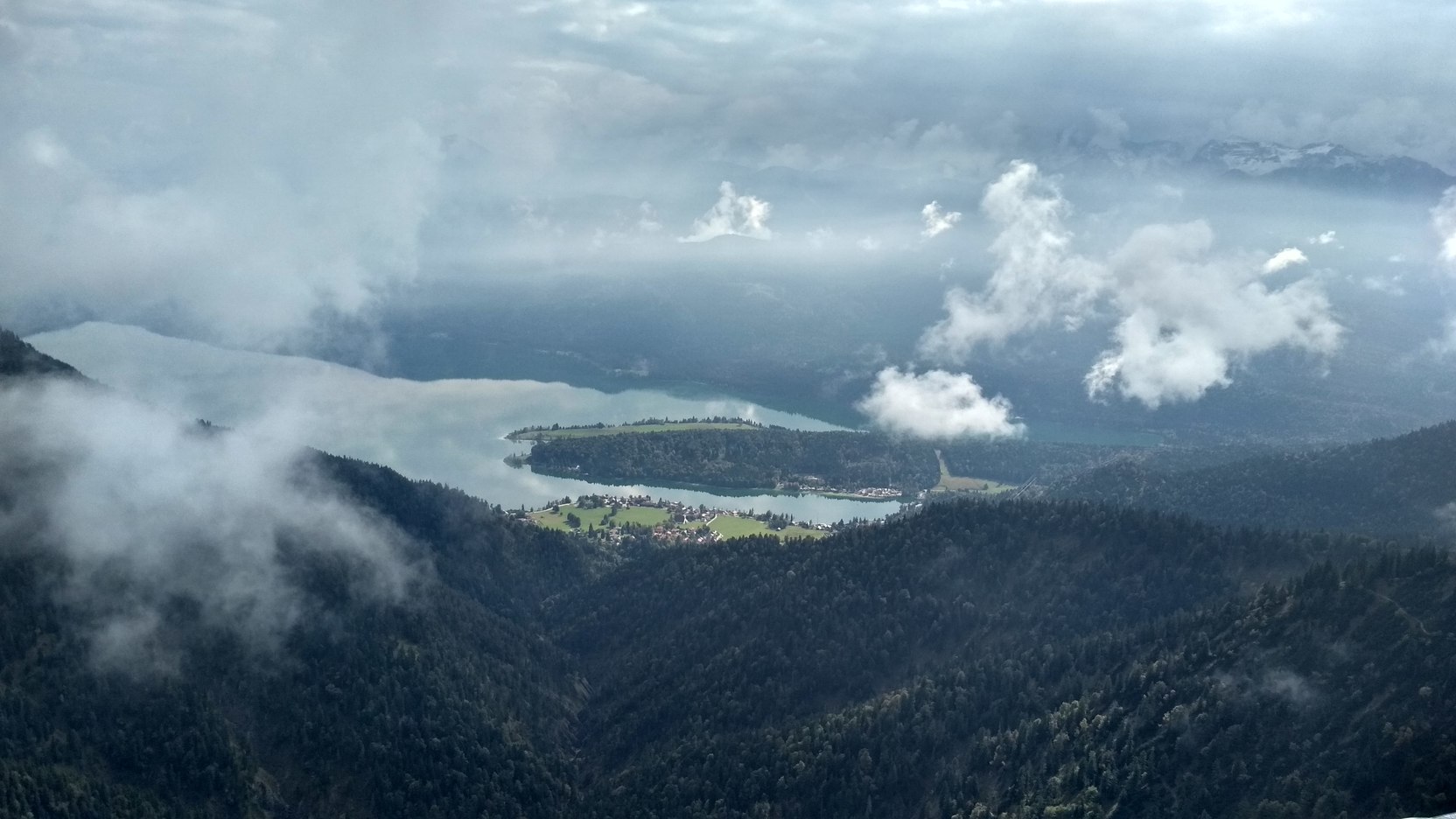 The Lake and the Rains 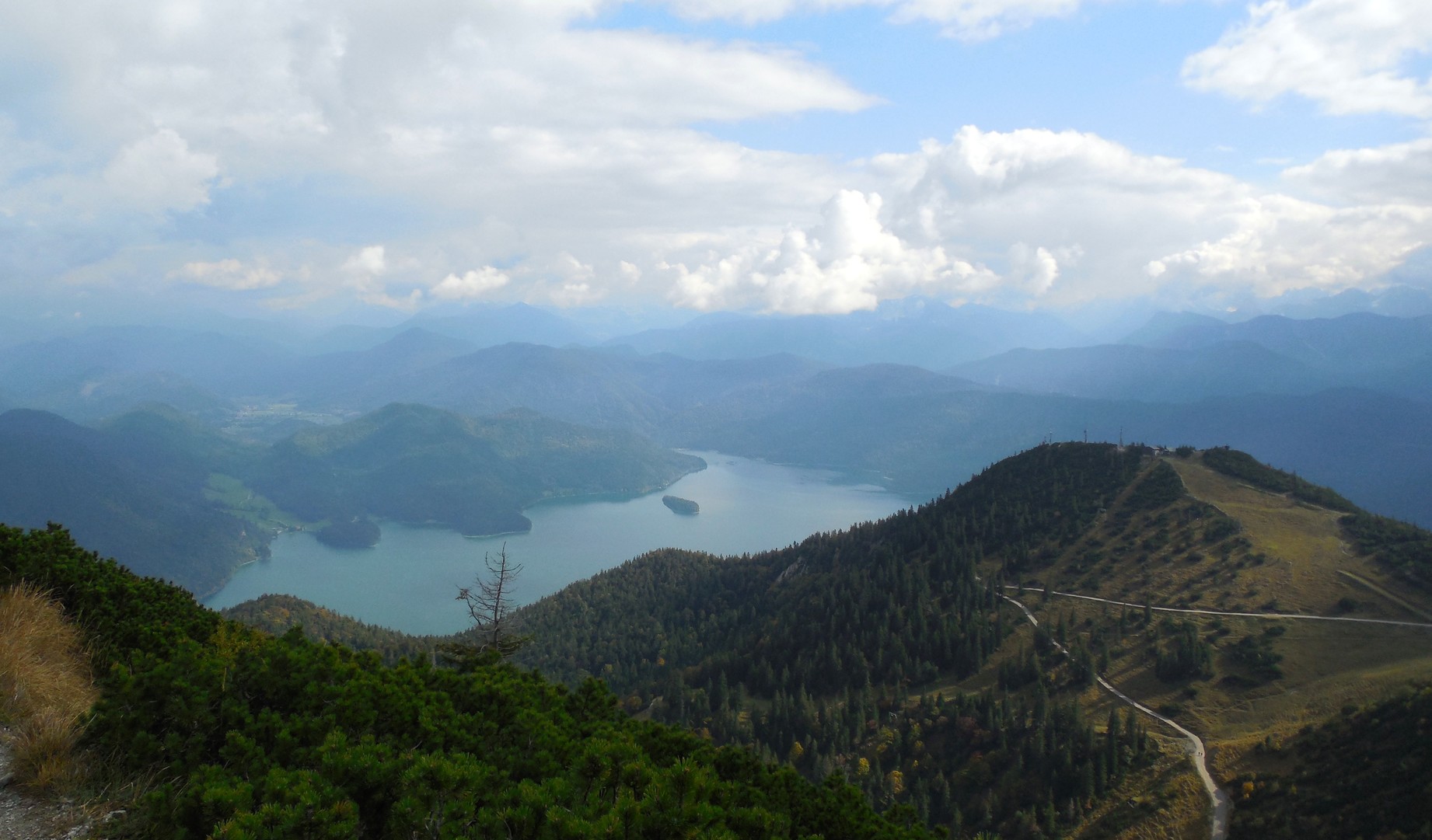 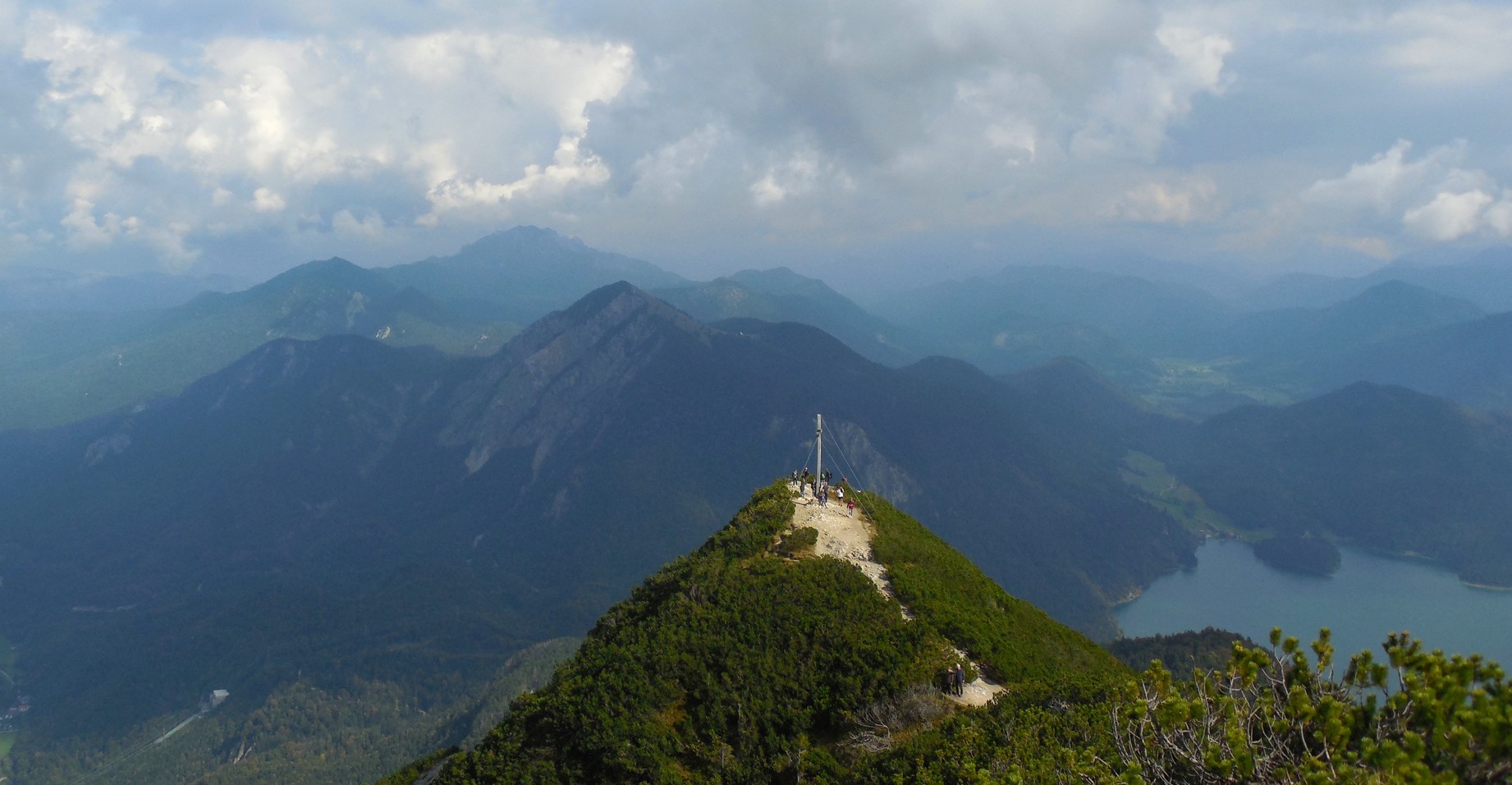 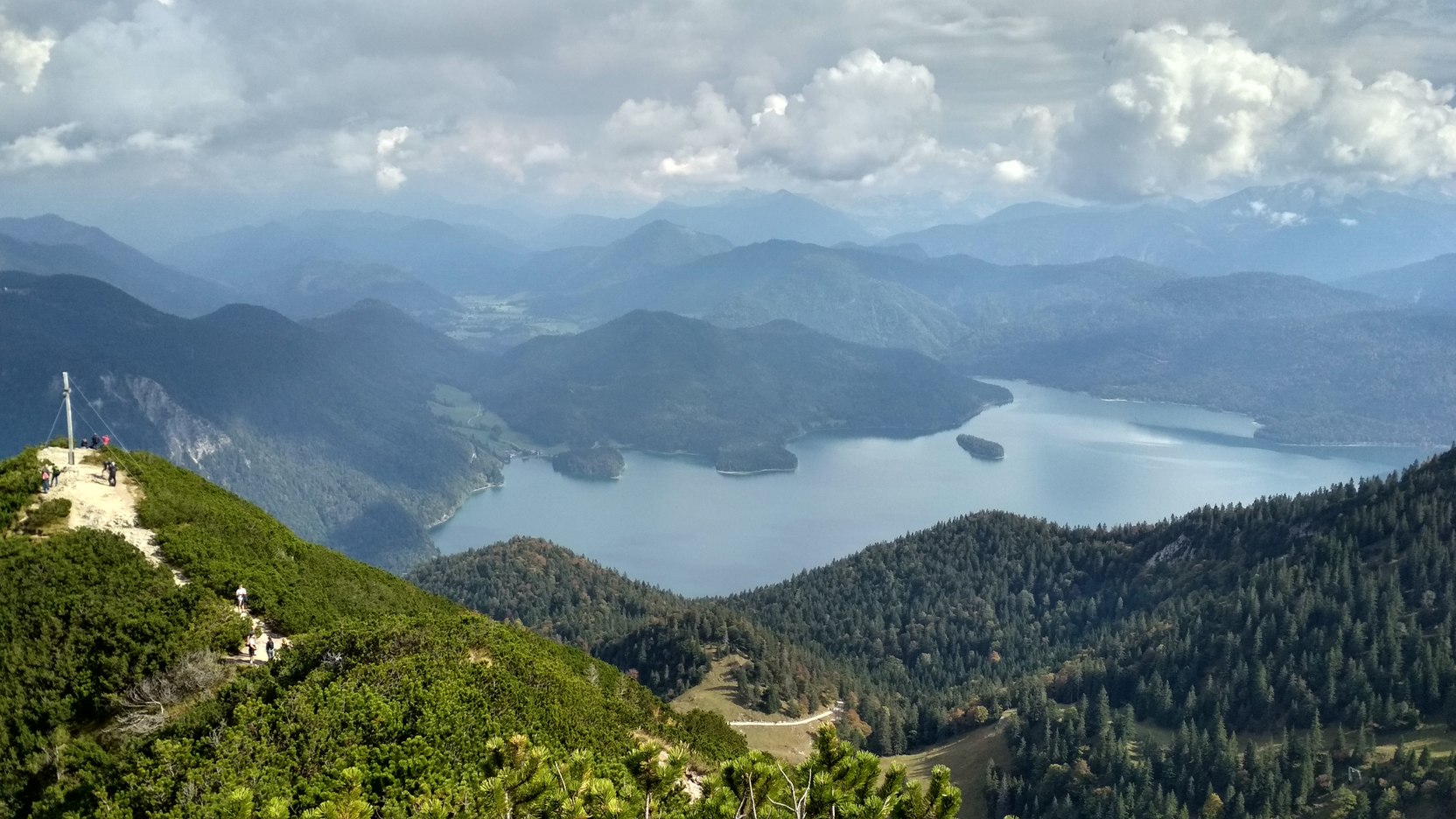 But the path is well-laid out and filled with supports on both ends that make it not that big of a risk. After an hour we reached Herzogstand. The views of Amsee and Walchensee were spectacular from here. To add more to the beauty, it started raining just above the lake and we saw a rainbow right above the lake. It is something that you don’t see every day. 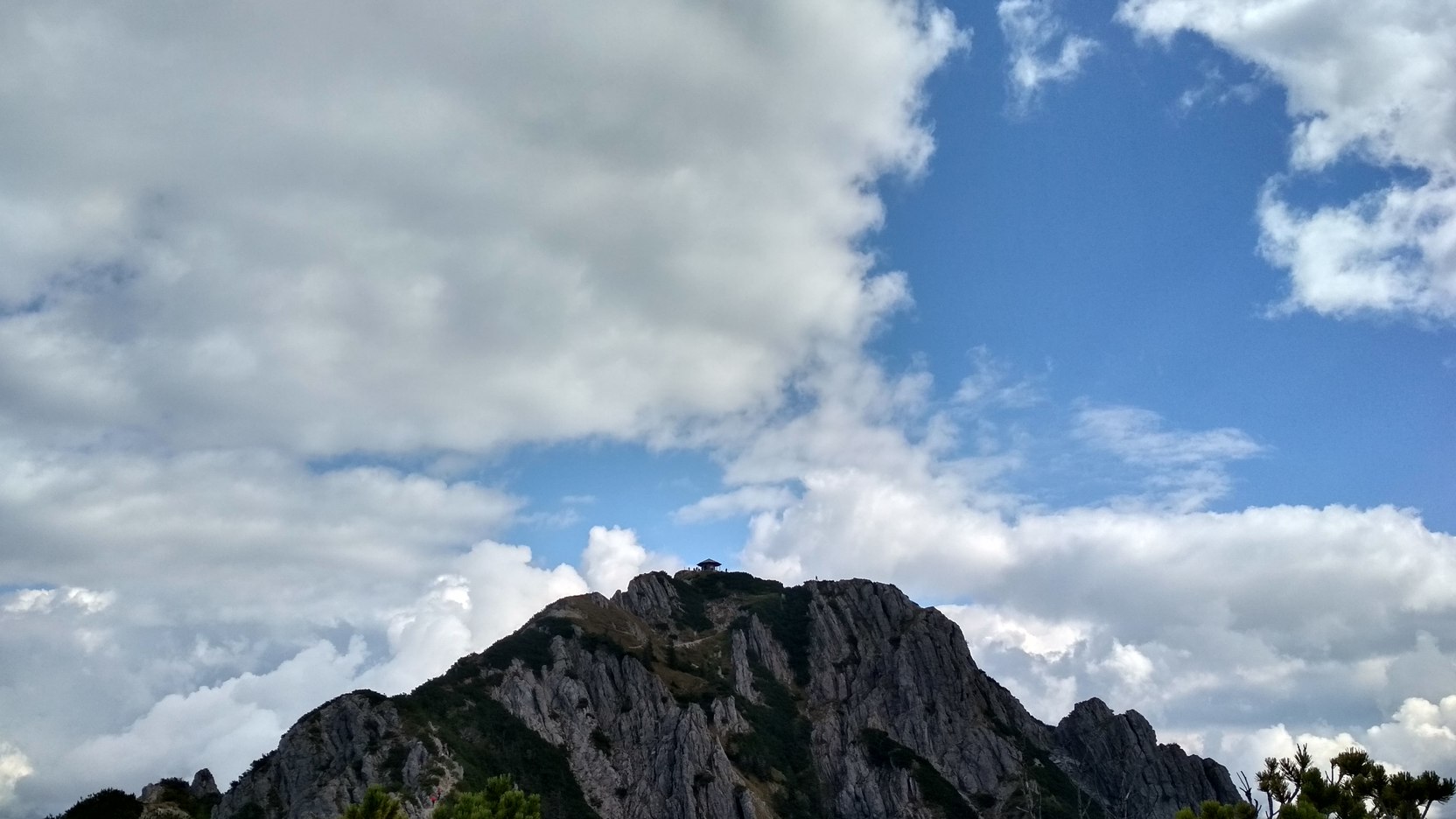 Herzogstand seen from the ridge 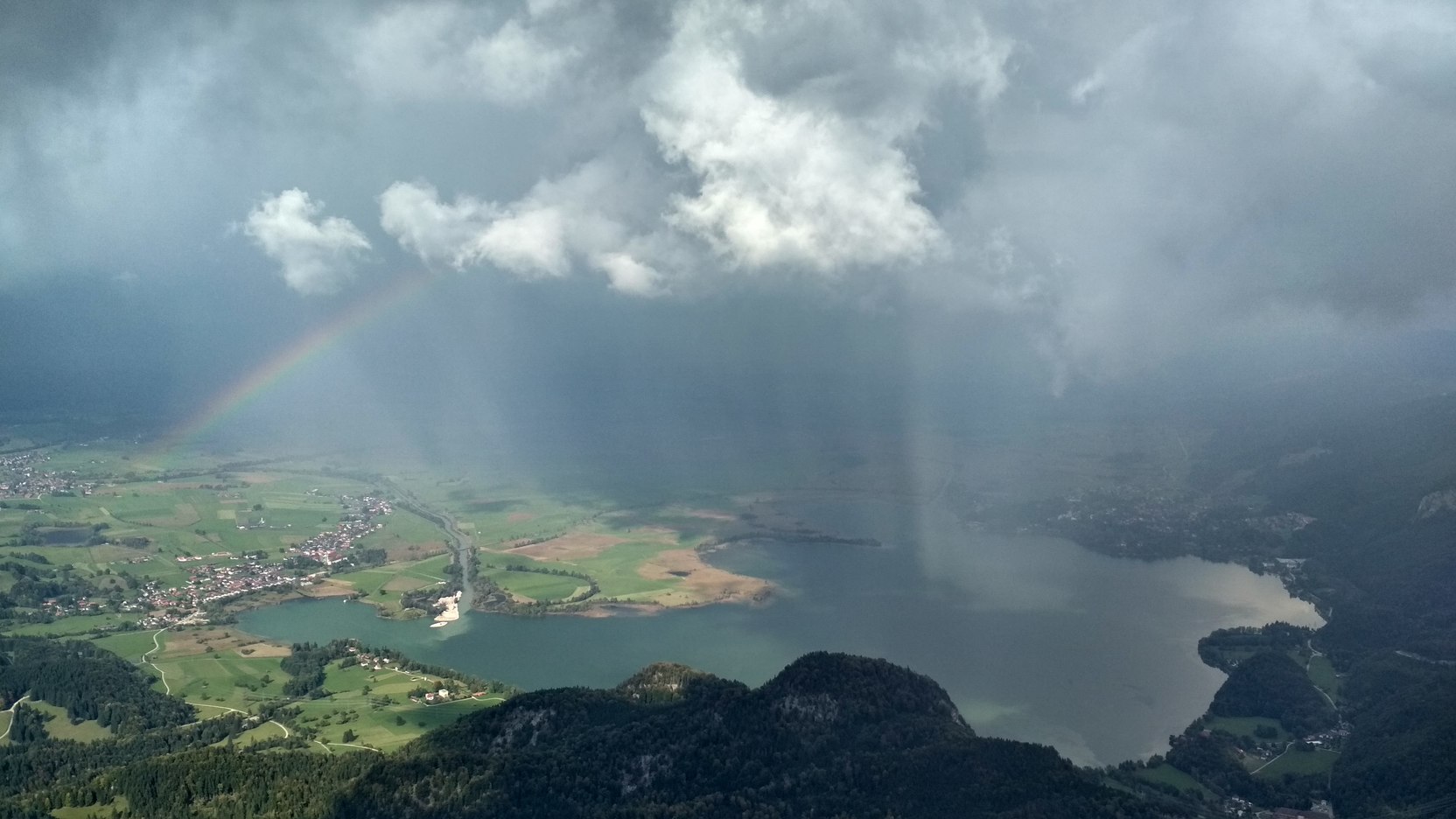 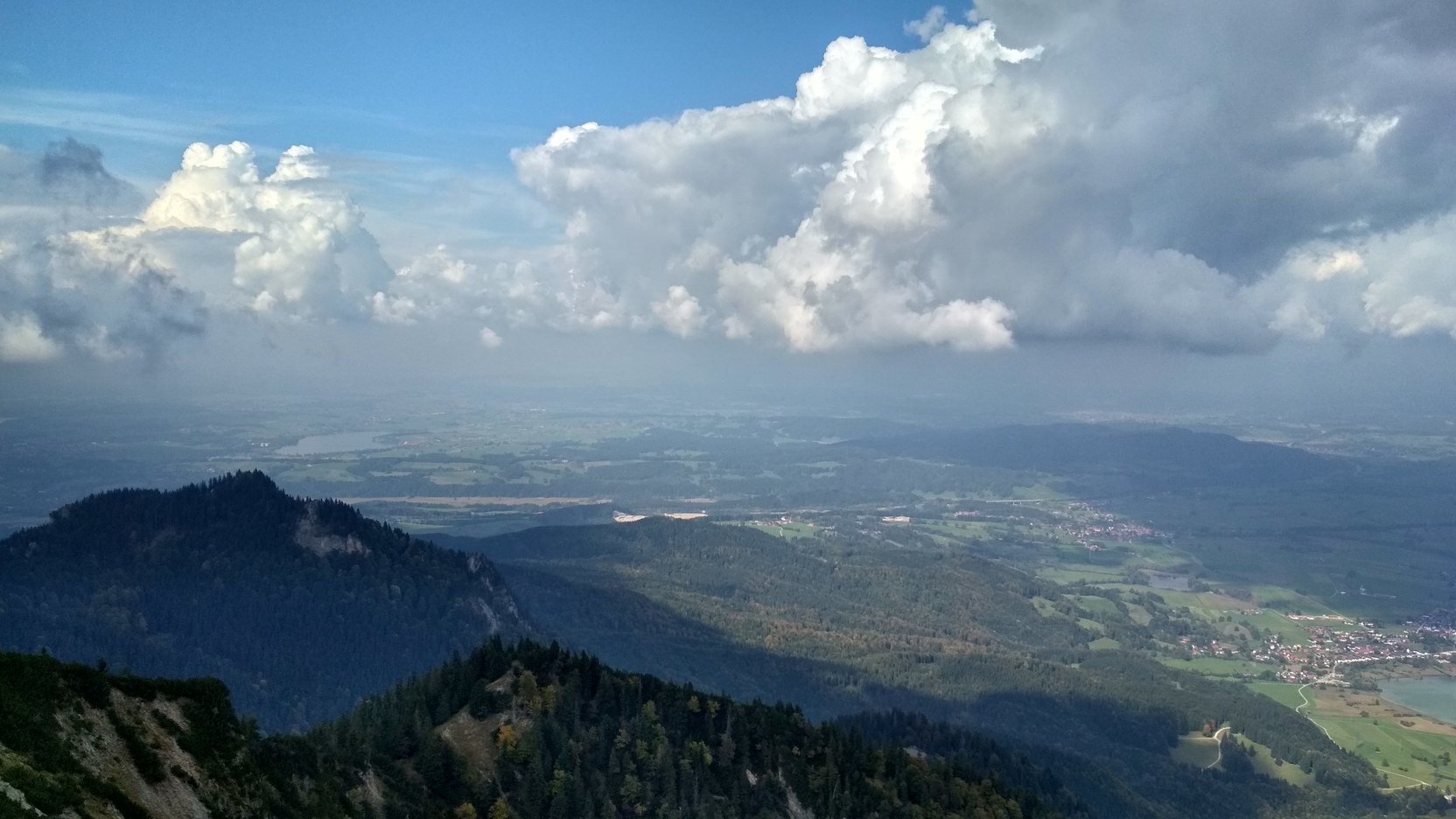 Walking down from Herzogstand you can see Berggasthaus, where you can take a break and enjoy Bavarian delicacies. There is also a ropeway that leads you directly to the city. 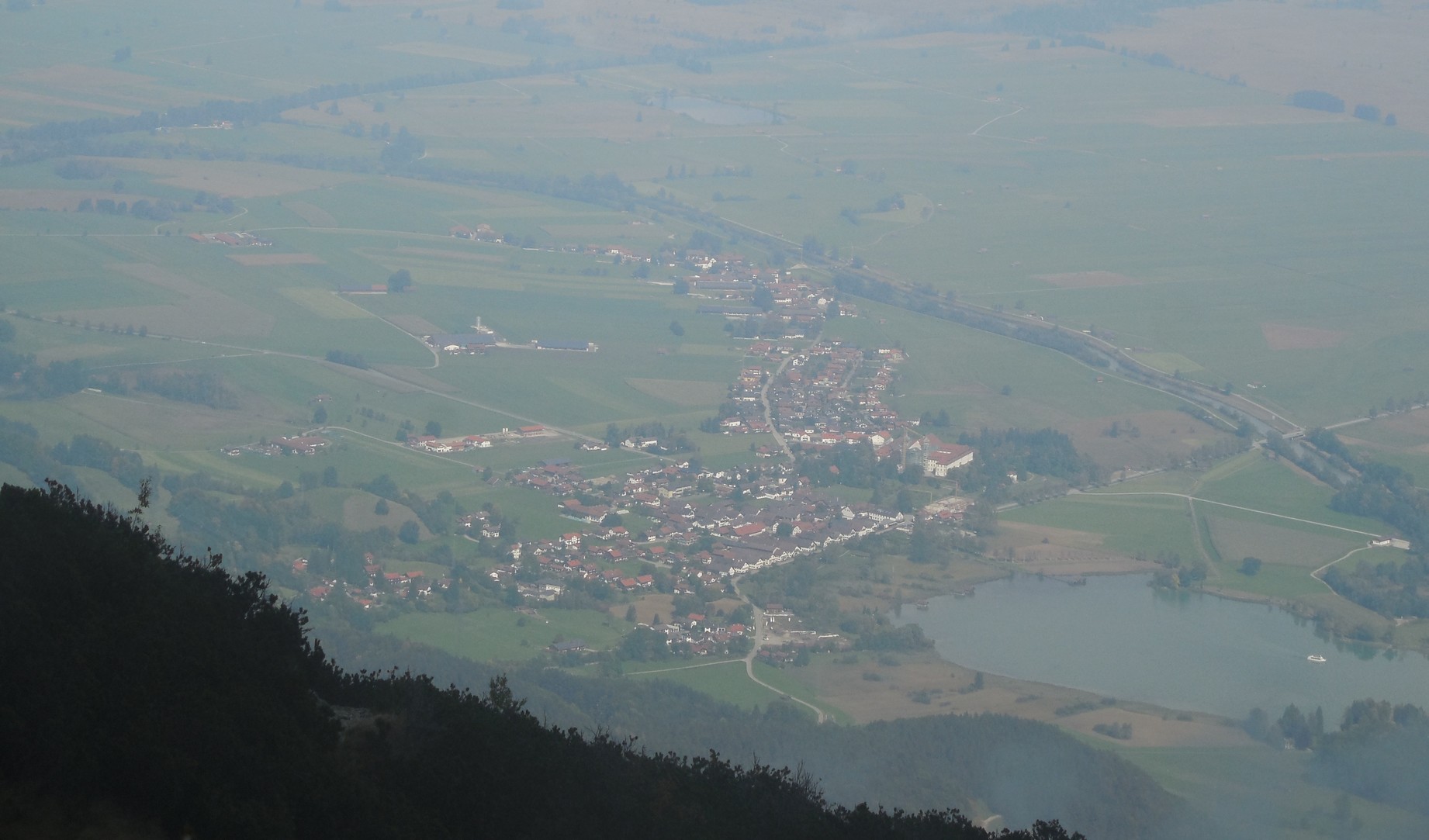 View From the top 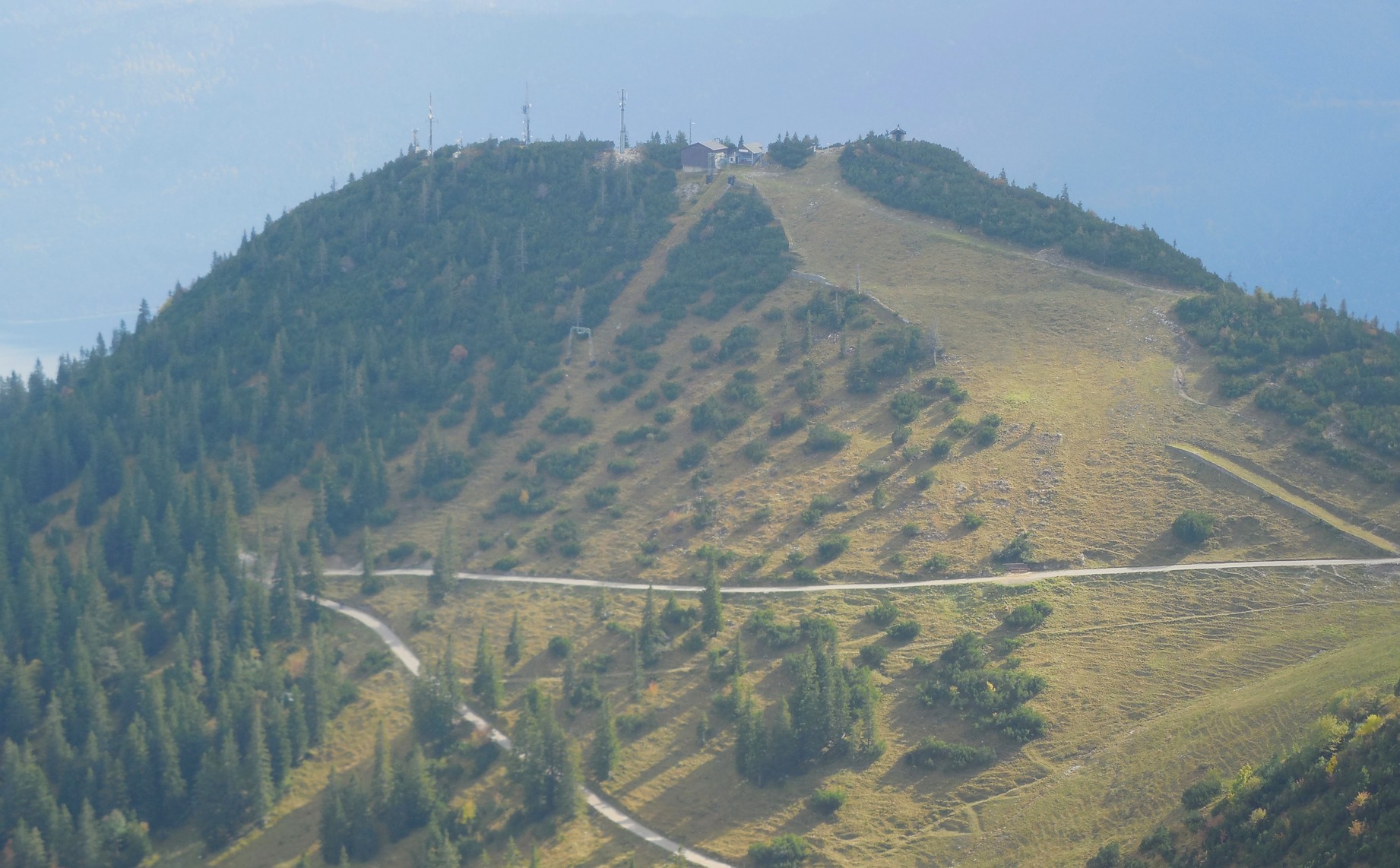 Walking back to the base

The trail back from Herzogstand was filled with the colours of autumn. we finally reached back at Kochel at 6 pm. Covering 30+ odd kilometres in 8 hours. 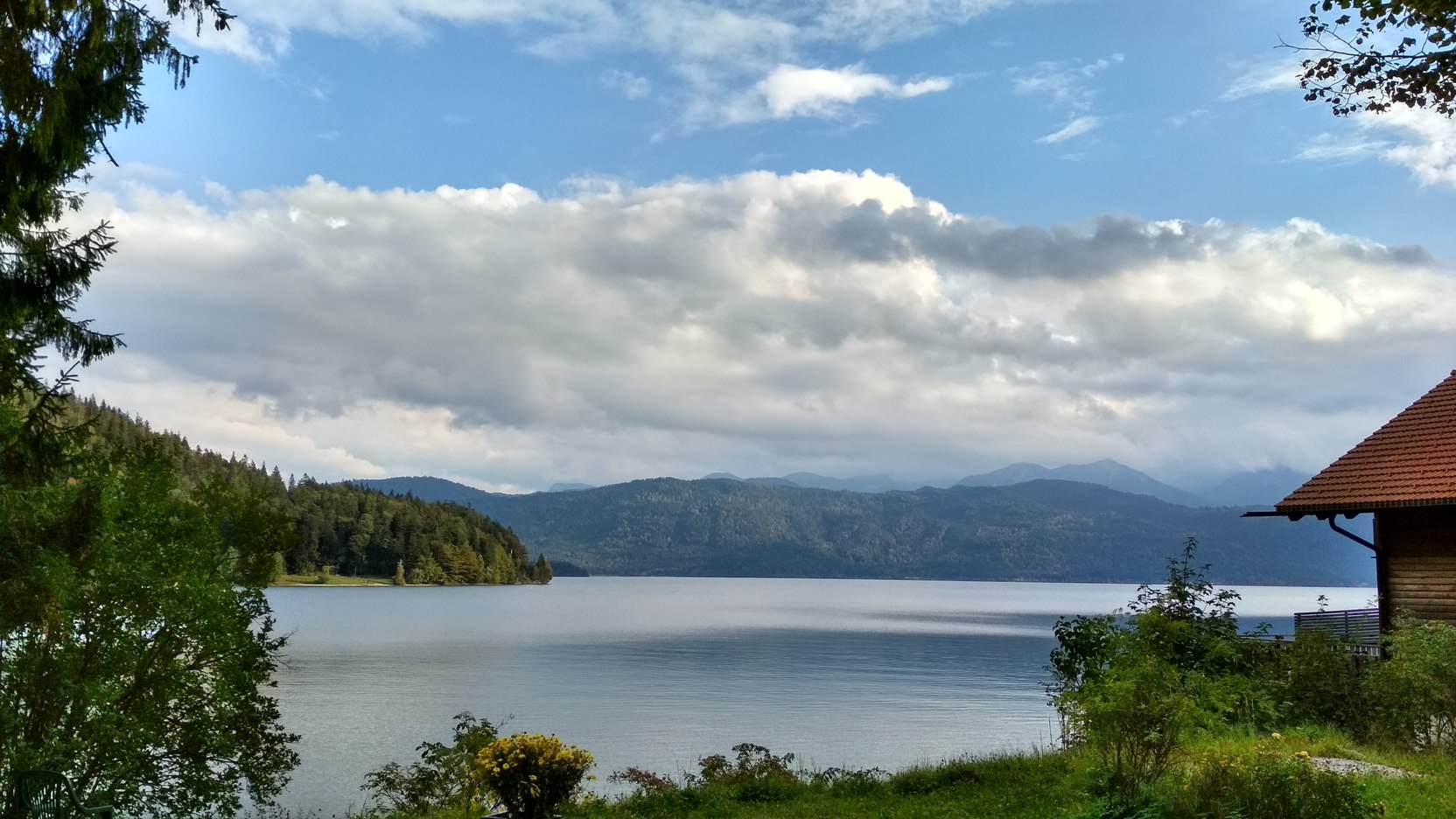