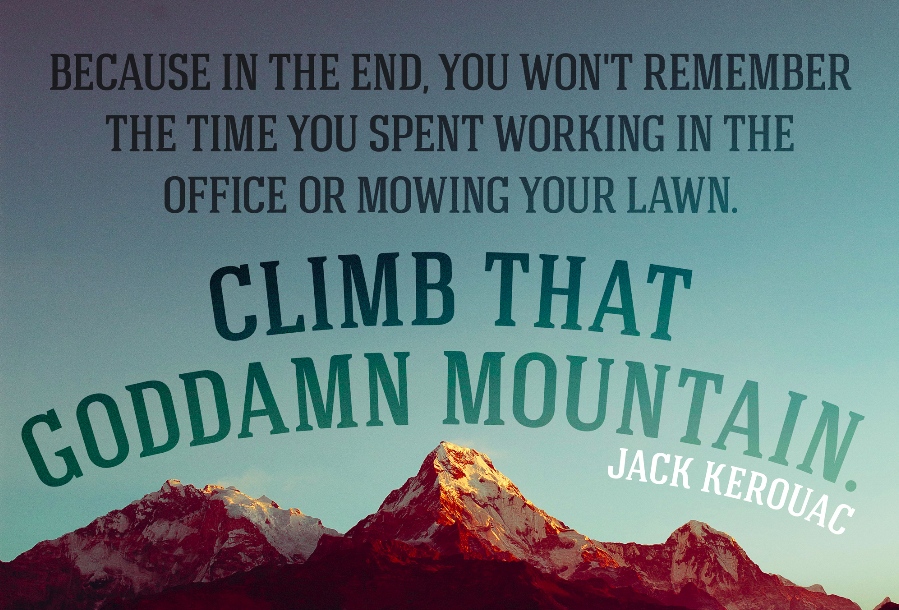 Till date, this has been one of my most memorable travel milestones. Not only was the trek a feast for the eyes, it was also a test of willpower and overcoming adversity in the most inhumane conditions. 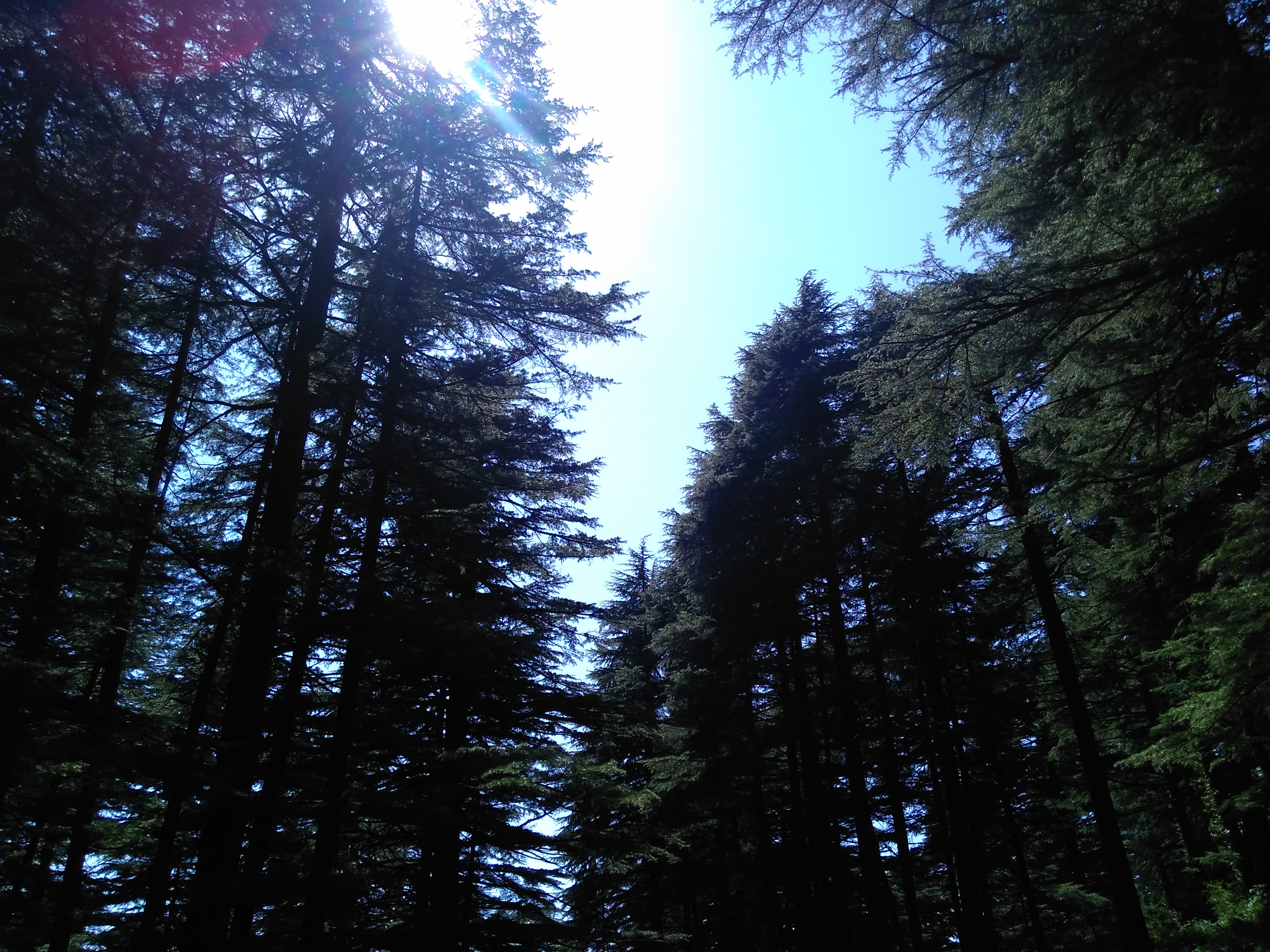 This trip was planned like every other trip (read unplanned), except for the reservation of bus for reaching and coming back. We booked the cheapest bus we could find on HRTC website. Having done that we got busy in our lives until we came to know that India Vs South Africa first T-20 match is going to be in Dharamshala on that same weekend. Then we knew that this trip is going to get more awesome. 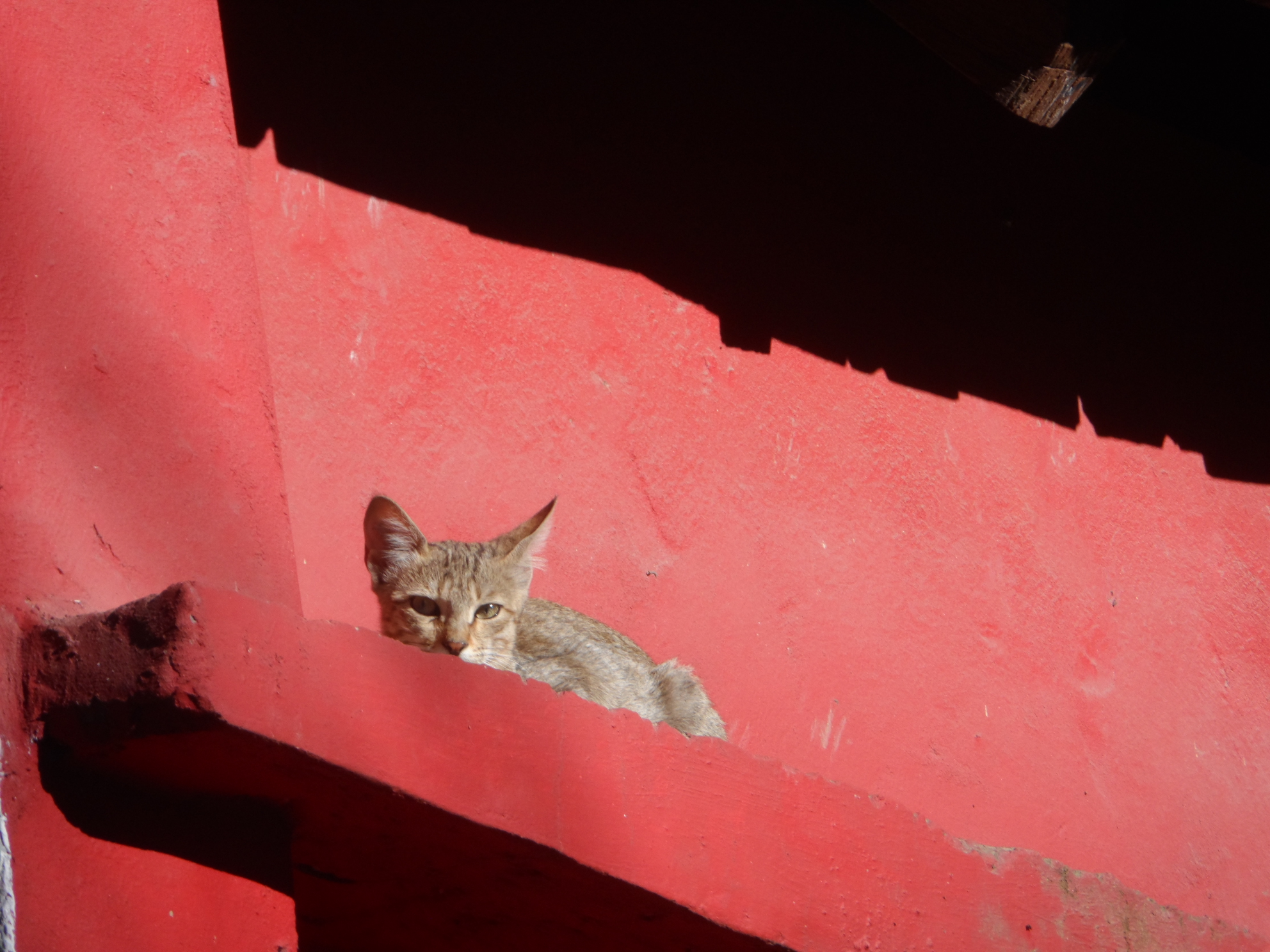 Six of us started early from the office and boarded the bus from Kashmiri Gate to Dharamshala at 6:50 pm. The bus ride was not so comfortable. To make the situation worse the bus broke down at around 3:00 am. After a few hours of struggle, we were back on the road. We reached Dharamshala at around 8:00 am. After reaching the hunt for the hotels began. We divided ourselves into a group of two and searched across 20+ hotels/lodges/hostels but all in vain. Dharamshala was jampacked with around 25k visitor who came to watch the match. 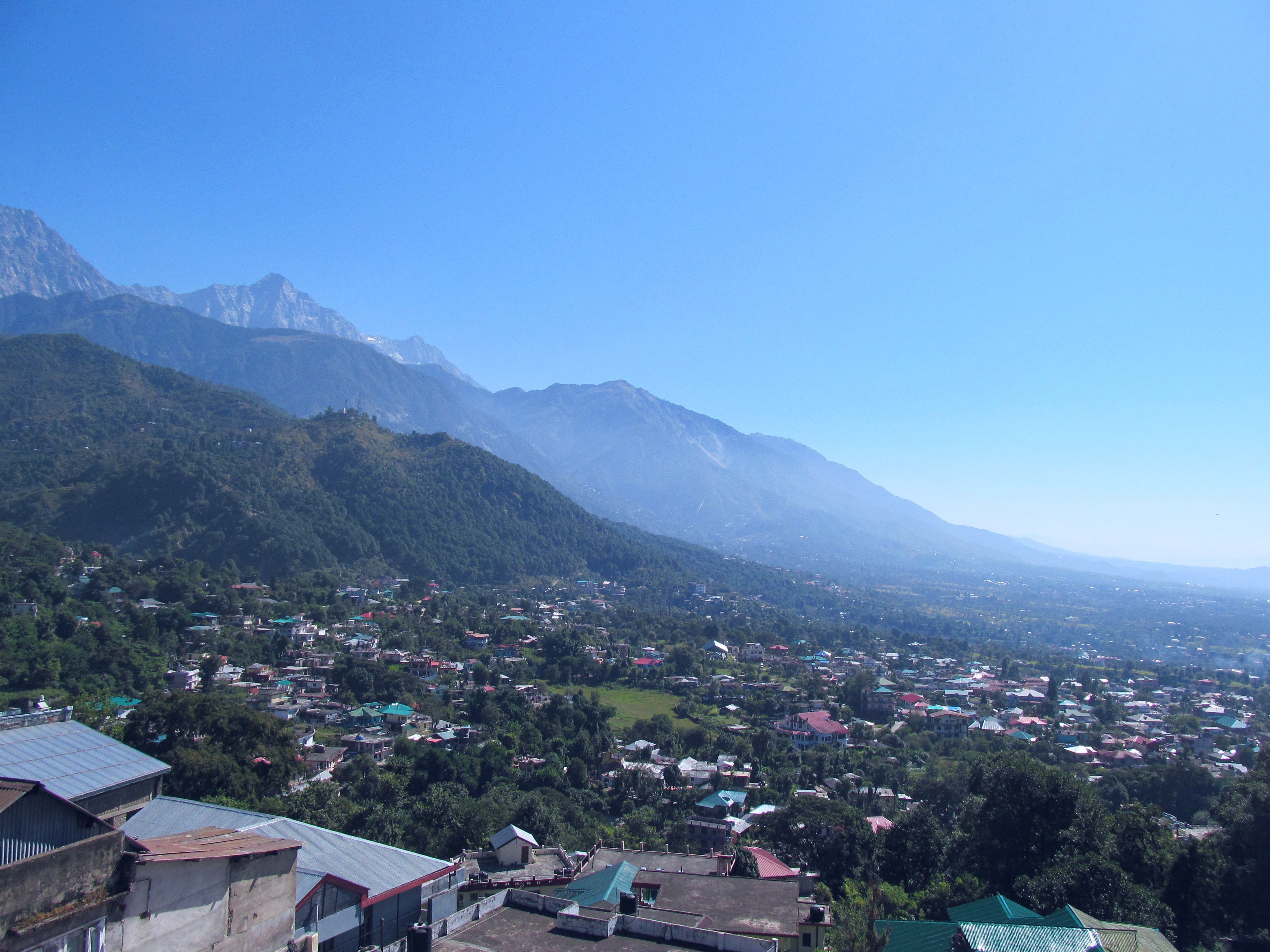 View From The Room

However, after two hours we finally found a lodge which was very cheap and gave a breathtaking view of the entire city. After resting and contemplating on the subject of Life, Startups, Travel and other things we came back from the balcony deck and we made ourself ready for the match. 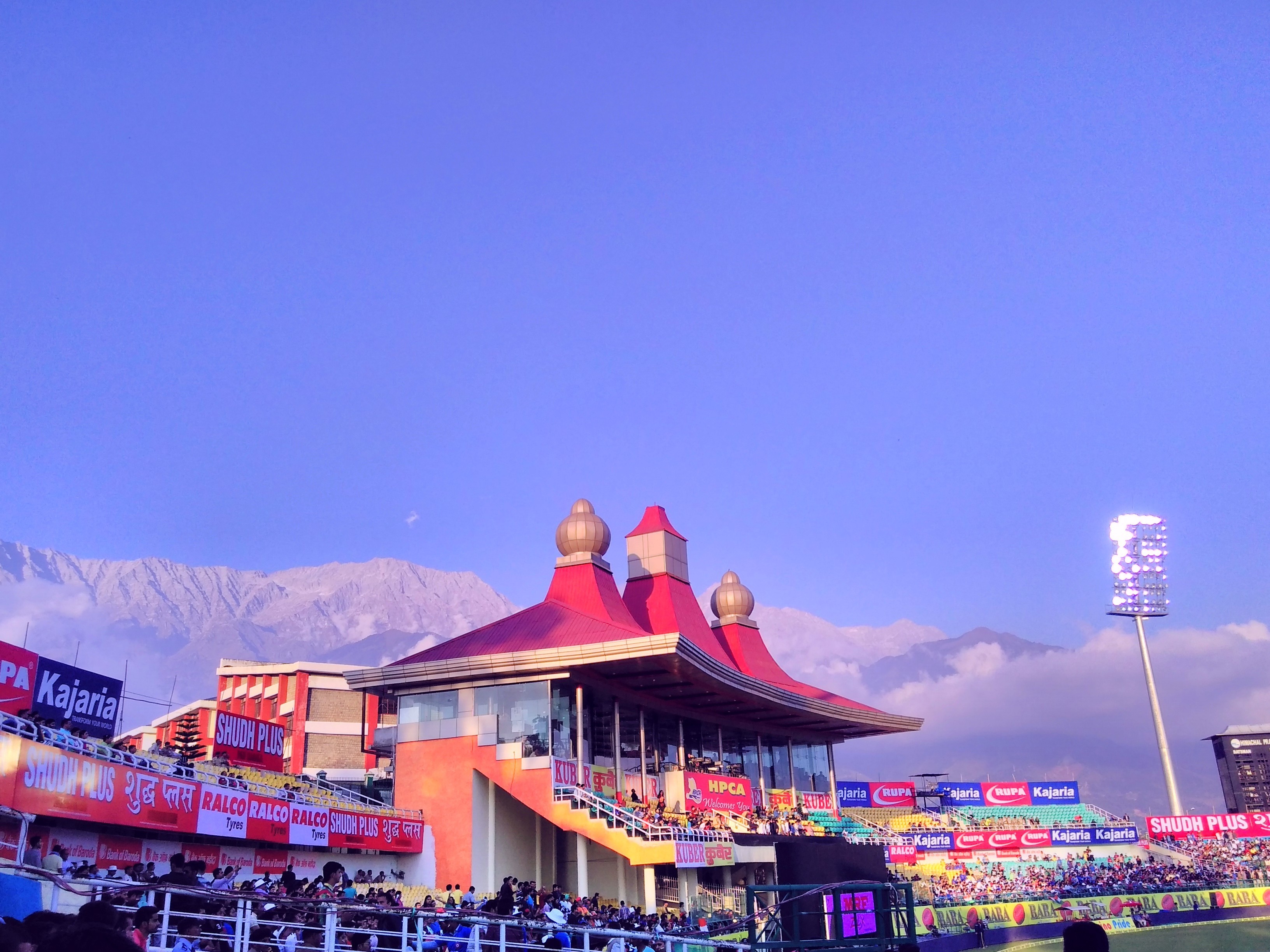 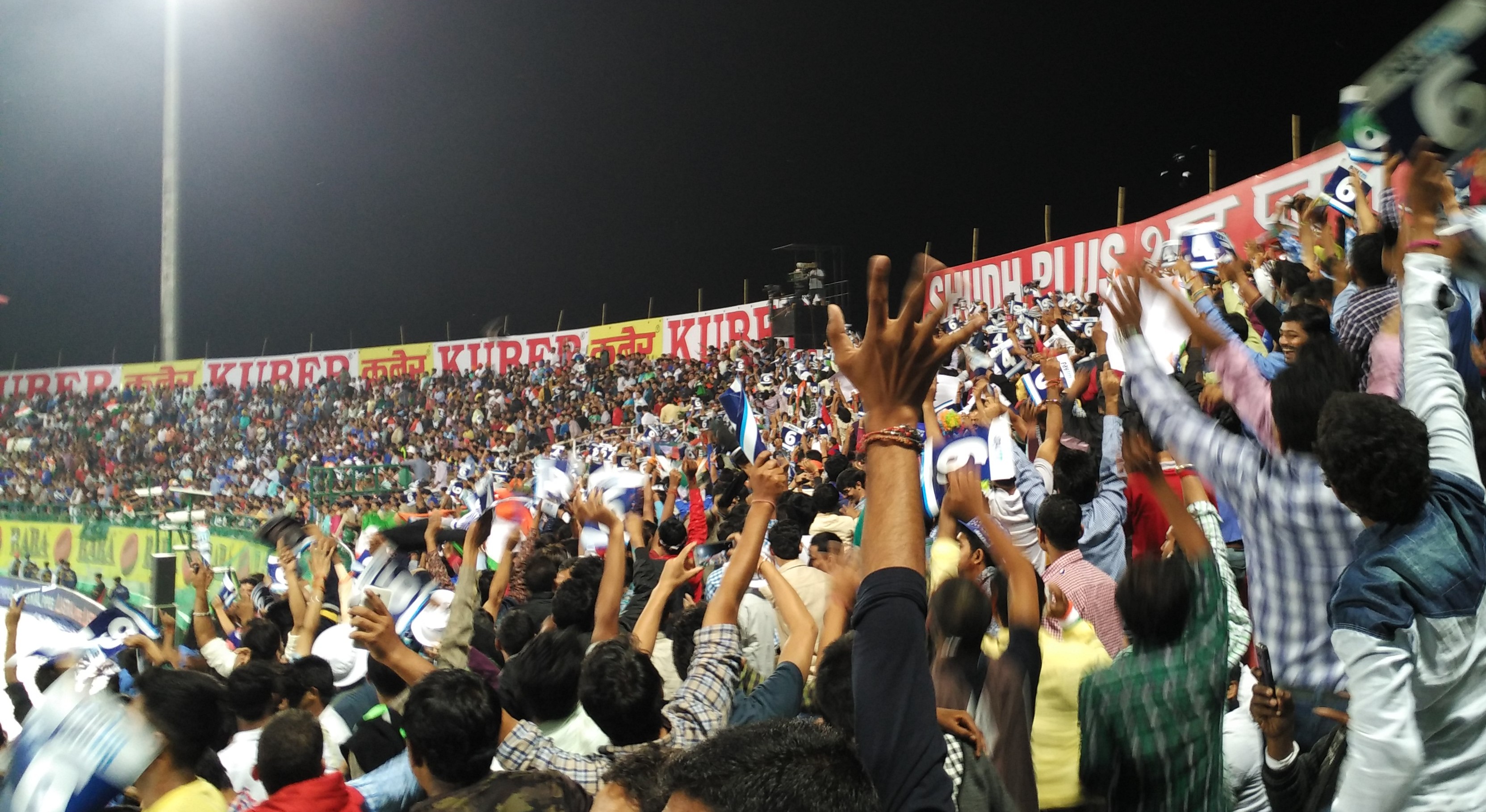 After waiting for 2 hours in line, we grabbed the seats below the big screens. After an hour the match started. It was and exhilarating experience watching the crowd going mad on every ball. With all exuberance crowd cheering Indian players like anything. We screamed till our throats went sour. Though India lost the match, but the overall experience of being an audience of a live match in itself was rewarding. We went back to the room after a steep uphill climb of 3.5 km. 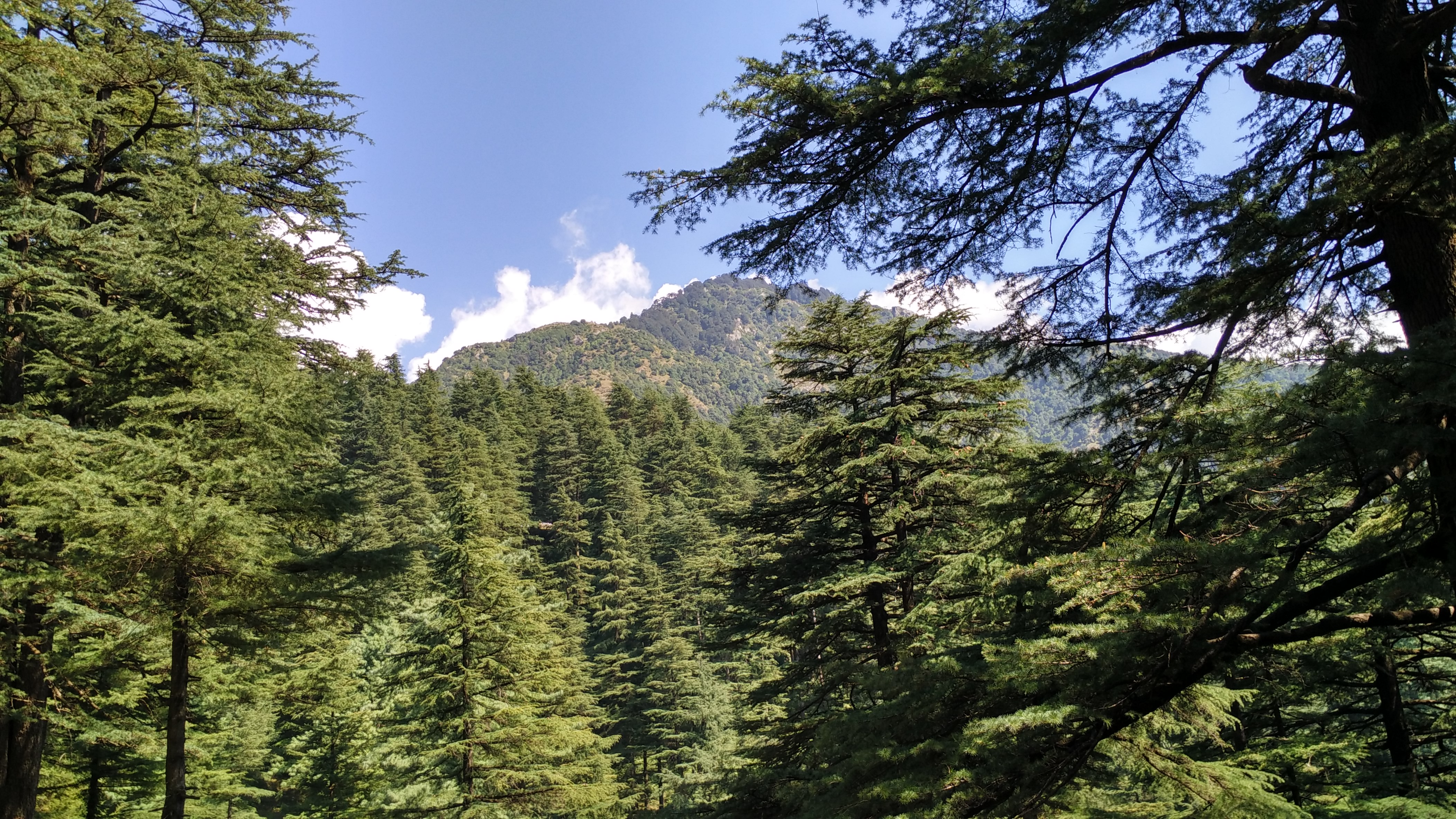 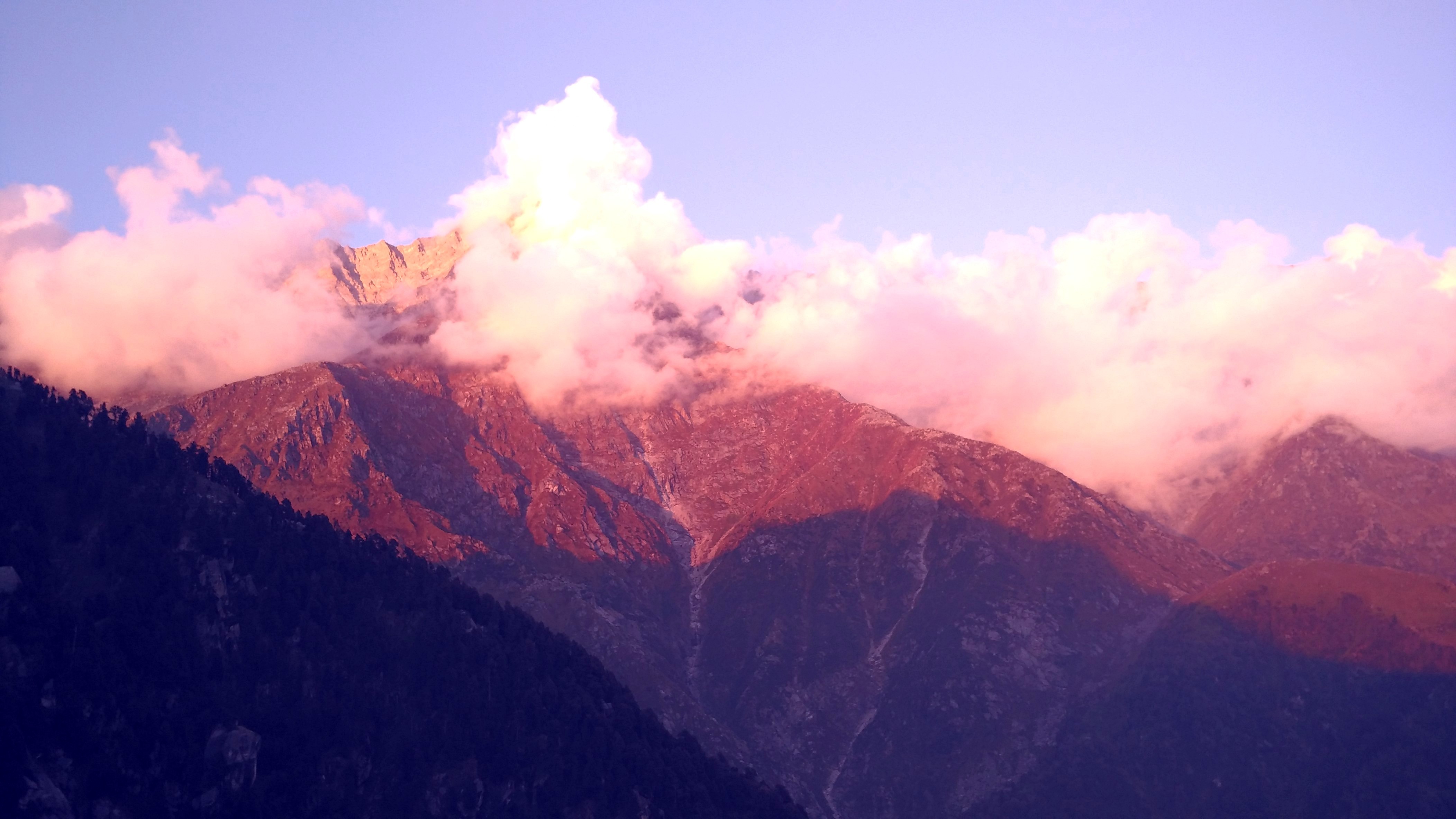 Next Day we geared ourselves up for the trek. We took a local bus from Dharamshala to MacLeodgunj. MacLeodgunj is a serene place filled with Tibetans, Israelis and trekkers and people from all around the world. It is known as little Lhasa due to a large population of Tibetans. Later we came to know that it is the official residence of Dalai Lama. The mighty Dhauladhar Peak looked clearer from here. 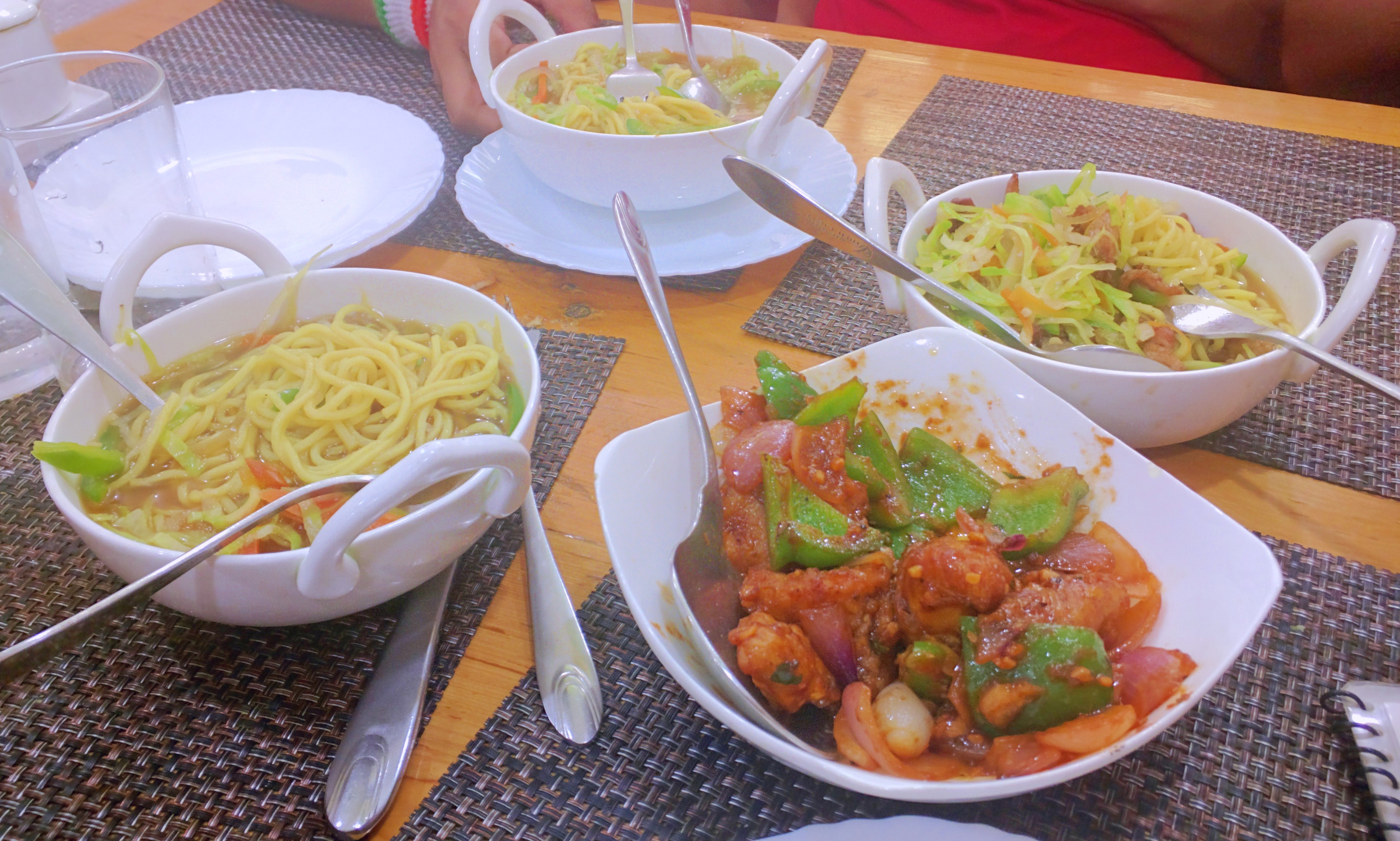 After eating a sizeable lunch in a local cafe we started our trek. Meanwhile some of us went to purchase sleeping bags as we had only two. The shopkeeper told us that due to heavy rush of the campers all the trekking items were sold out. It was 2 pm already and we had not started yet. Unable to arrive at a conclusion and thinking of luckily finding a camping tent at triund we started the trek. 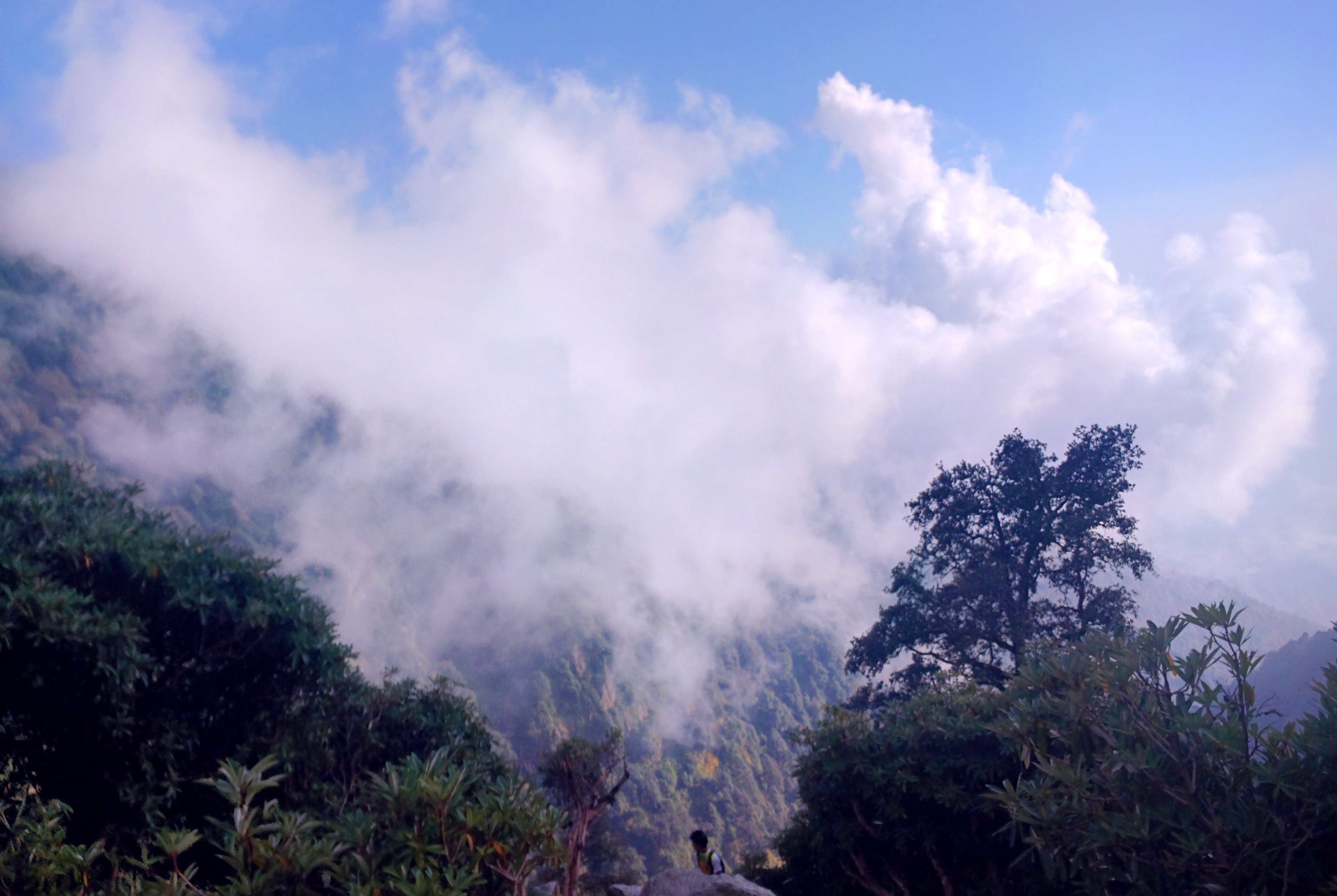 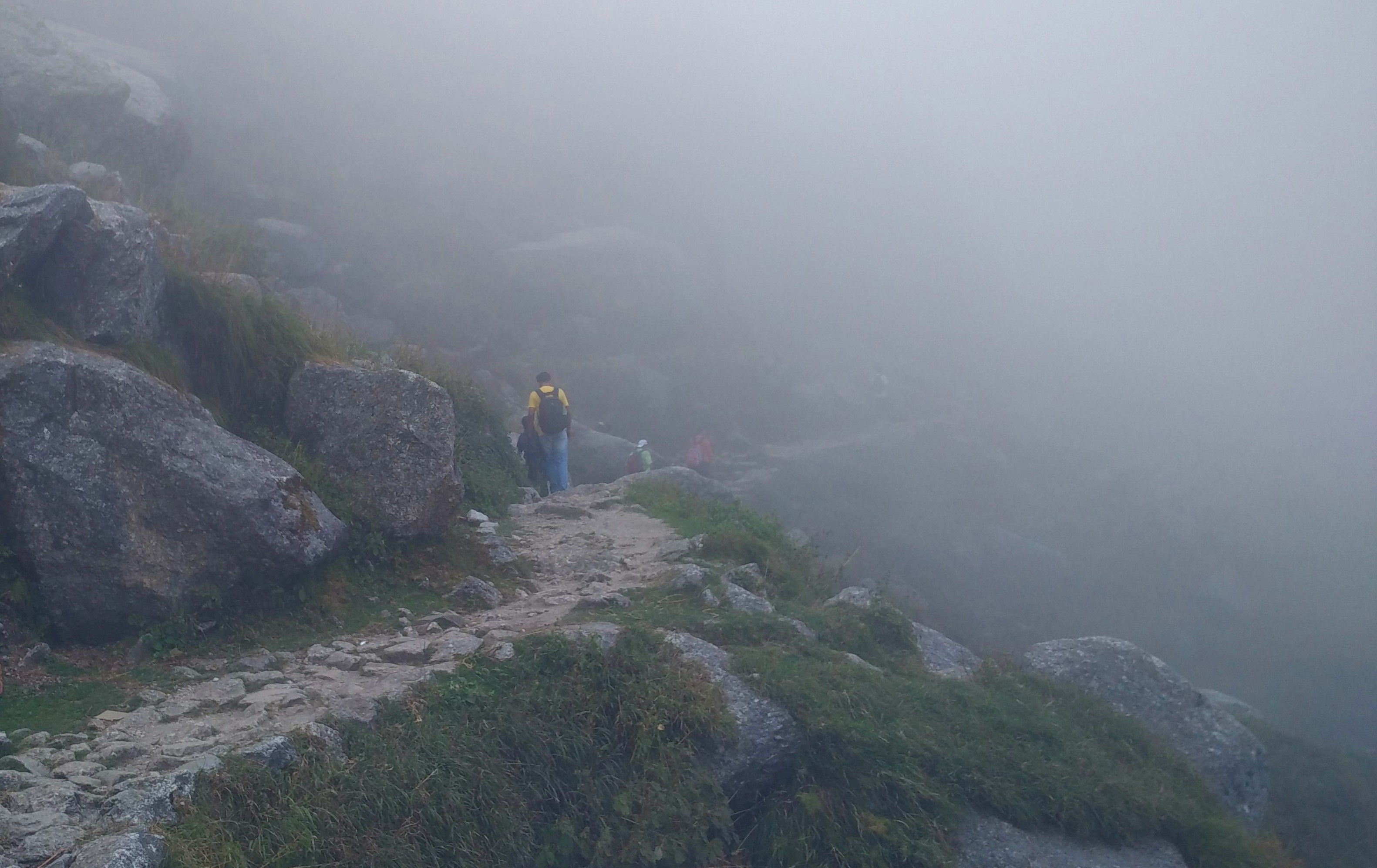 After walking uphill on steep curves with heavy backpack everyone was sweating after half and hour. Later from the local people we realised that we were on wrong track. Cursing our stars we came back 2 km downhill and took a left turn from the meditation center. After half an hour we reached Dharamkot and packed our bags with drinking water and other eatables. Again we started the trek with many other fellow trekkers. It is advised to carry biscuits for the dogs as they accompany you during the trek. 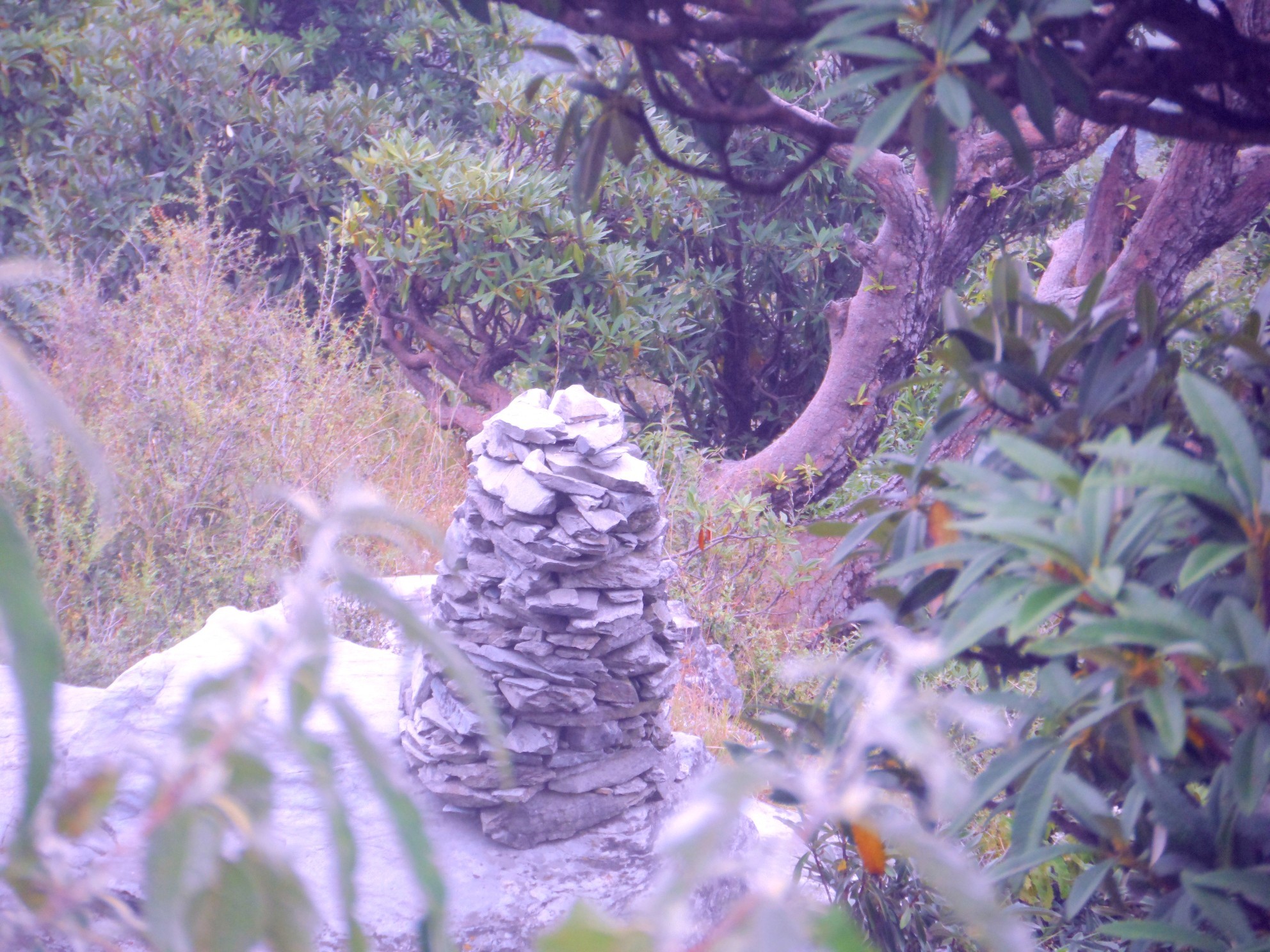 A pillar of pebbles on the way

In between the trek two frenzied hill bulls came running towards us, we dived right in a small bulge in the right and bruised ourselves but saved ourselves from bigger injury. After a while, the trek becomes very tiring as the gradient rises abruptly. But away out of the urban life we were finding the rhythm of our body, Slowly the rust was fading away, cool hilly breeze evaporated the fatigue from the forehead. 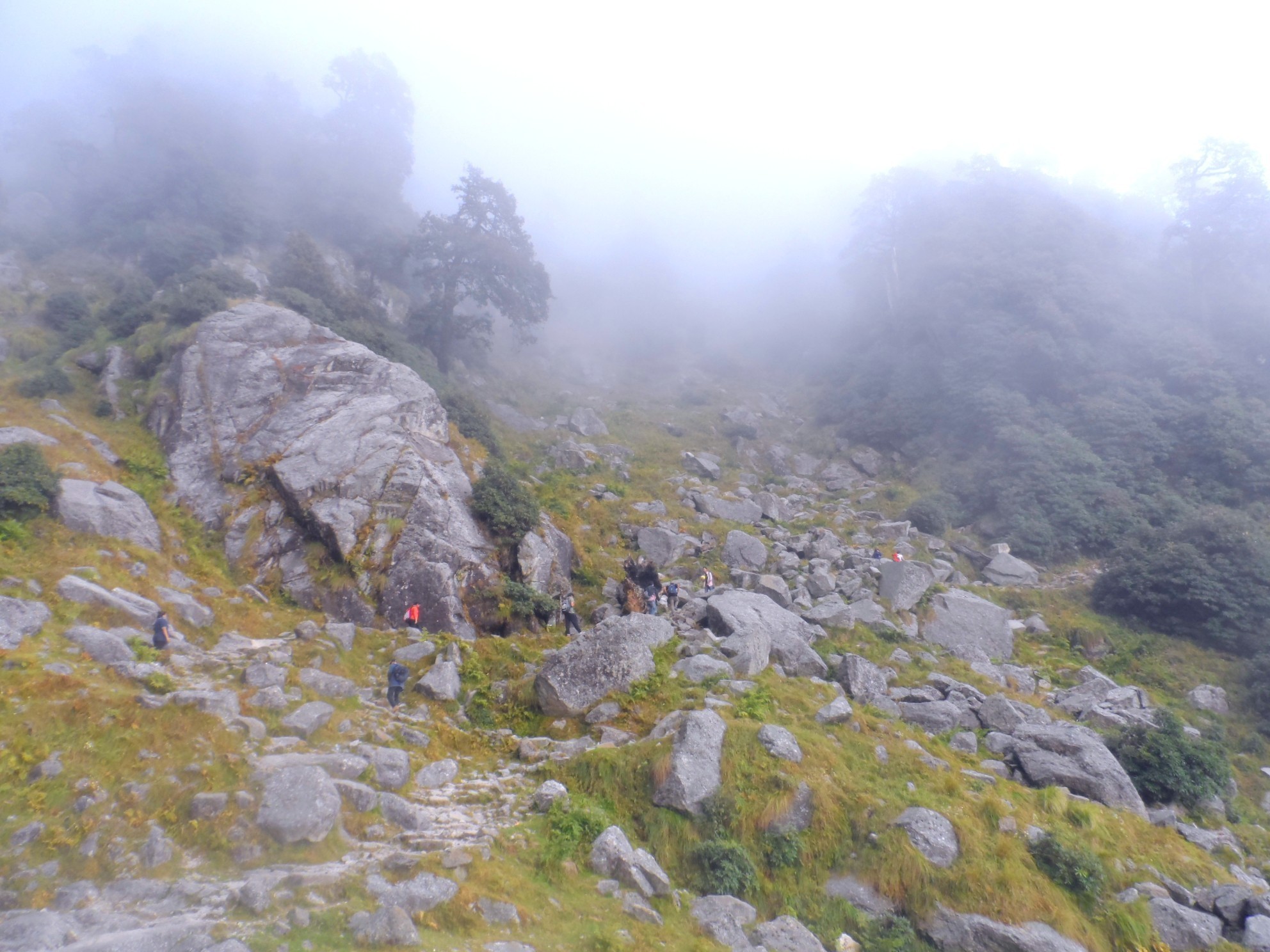 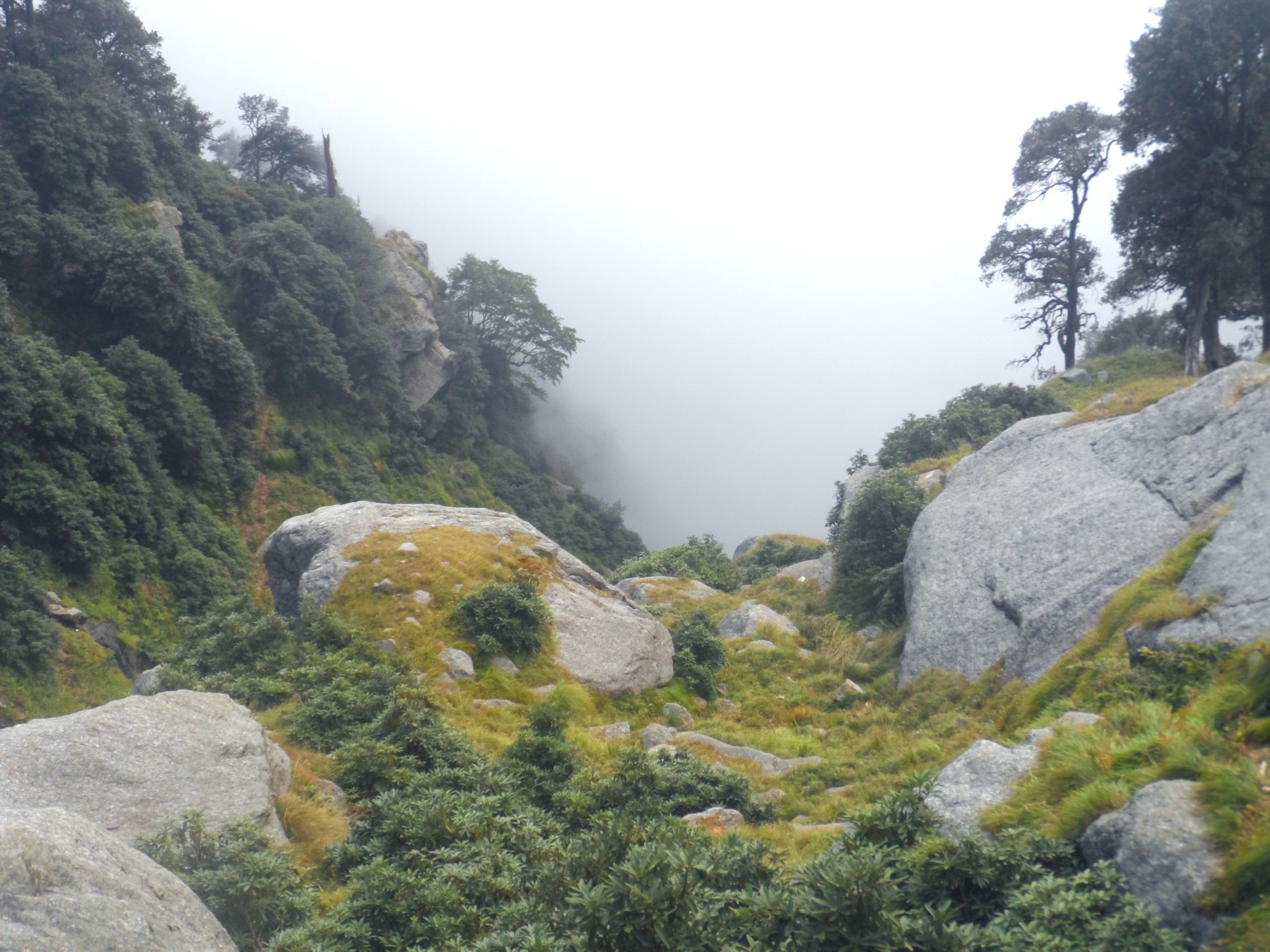 ” Knock-knock-knocking’ on heaven’s door “ from GUNS N’ ROSES was playing on the boombox as we ascended up. Afraid of missing the sunset we rushed to the top. One after another we crossed approximately 22 hairpin bends across the trail. We reached the top just in time. The cloud cleared the sky and sun were ready to depart. Sights from the top are fascinating, on the left there is Dauladhar Range and on right there is a panoramic view of the lush green valley. We completed 12 km of the uphill trek in less than 3 hours. 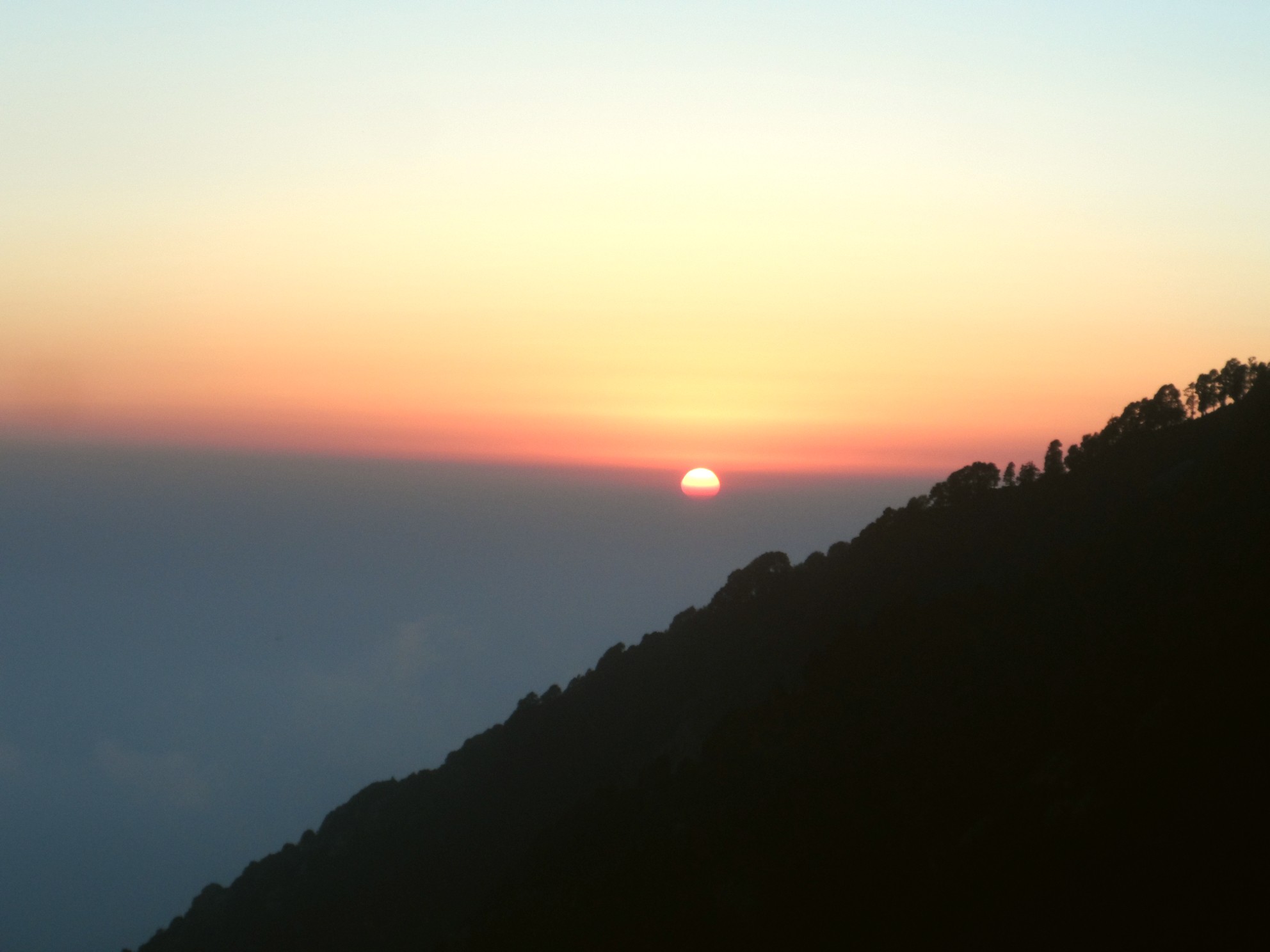 Meanwhile, fellow friends searched for tents or anything to spend the night in. We were then told by locals that if we want to stay alive in the night we better run downhill, as due to chilly winds the temperature goes very down, God forbid if it rains. We found out there were many fellow trekkers just like us. Although either they were going downhill or asking the people with tents for help. We decided to revise lessons by Bear Grylls and stay up. Just as the sun went down the temperature also went down. 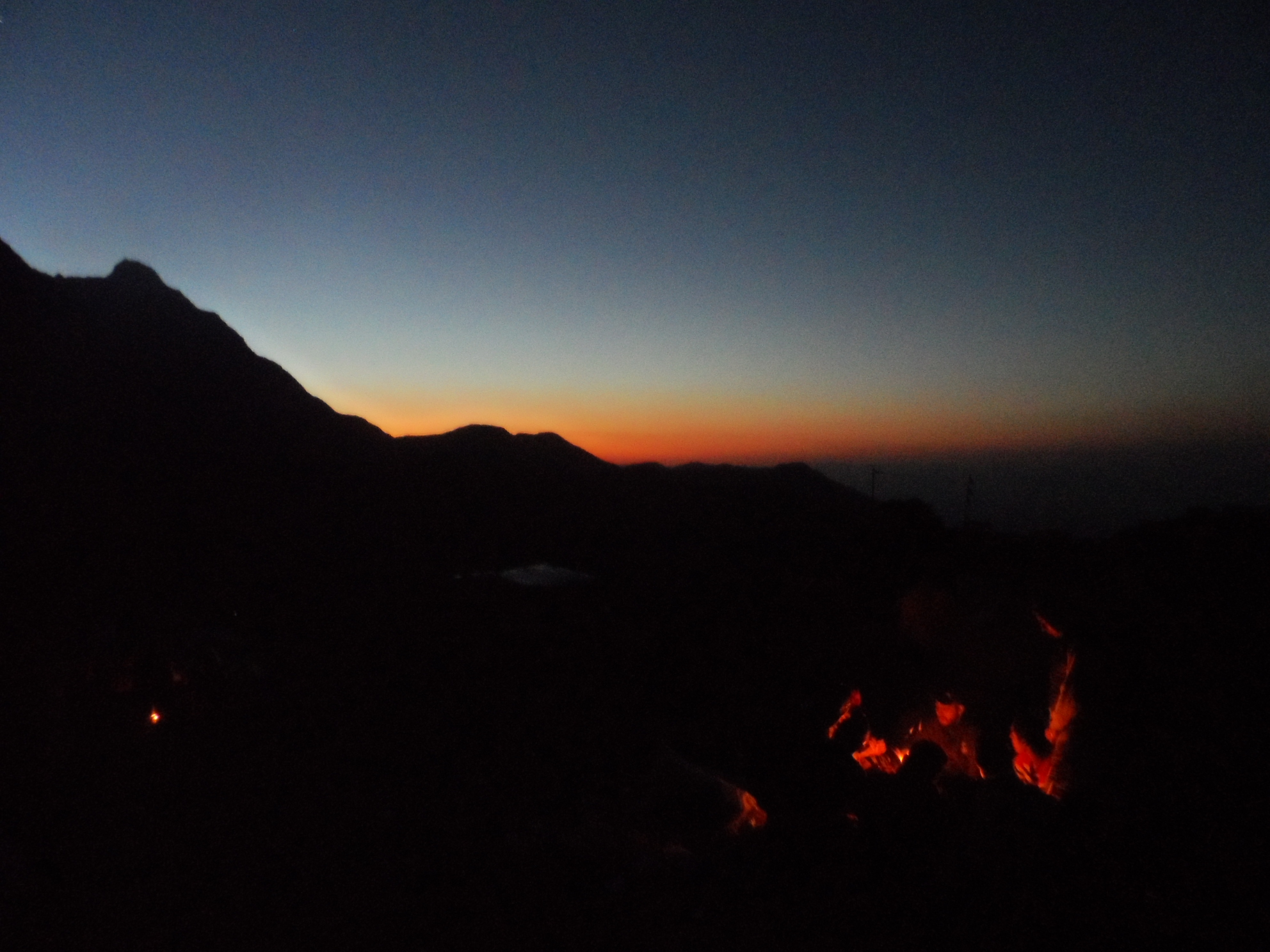 We found a place in the meadow that could save us from winds right behind a closed shop. It was 7 pm and we knew that the night is going to be very long. Too many indescribable wild things happened in the night. Only we know how six of us survived in 2 sleeping bags. The night sky was brightened by shimmering stars. I had never seen such magnificent view of the sky that extended the horizon before in my life. One can easily figure out Venus, Mars, Constellations and Milky way galaxy on the night canvas. At approx 2:00 pm the moon rose from the back of Dhauladhar peak surrounded by a million little stars. The panorama of the sky make the pain go away and we agreed that it was worth it. 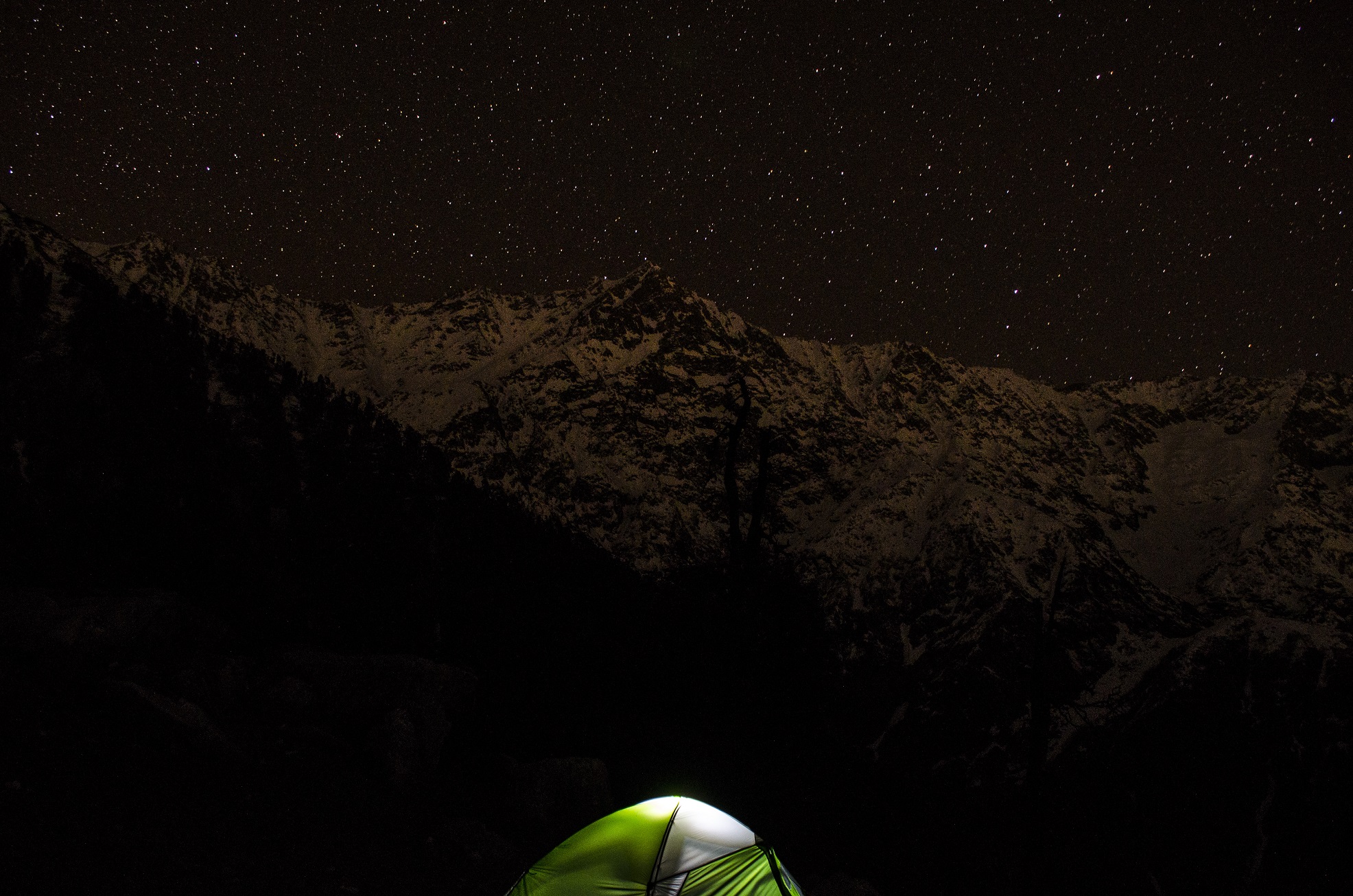 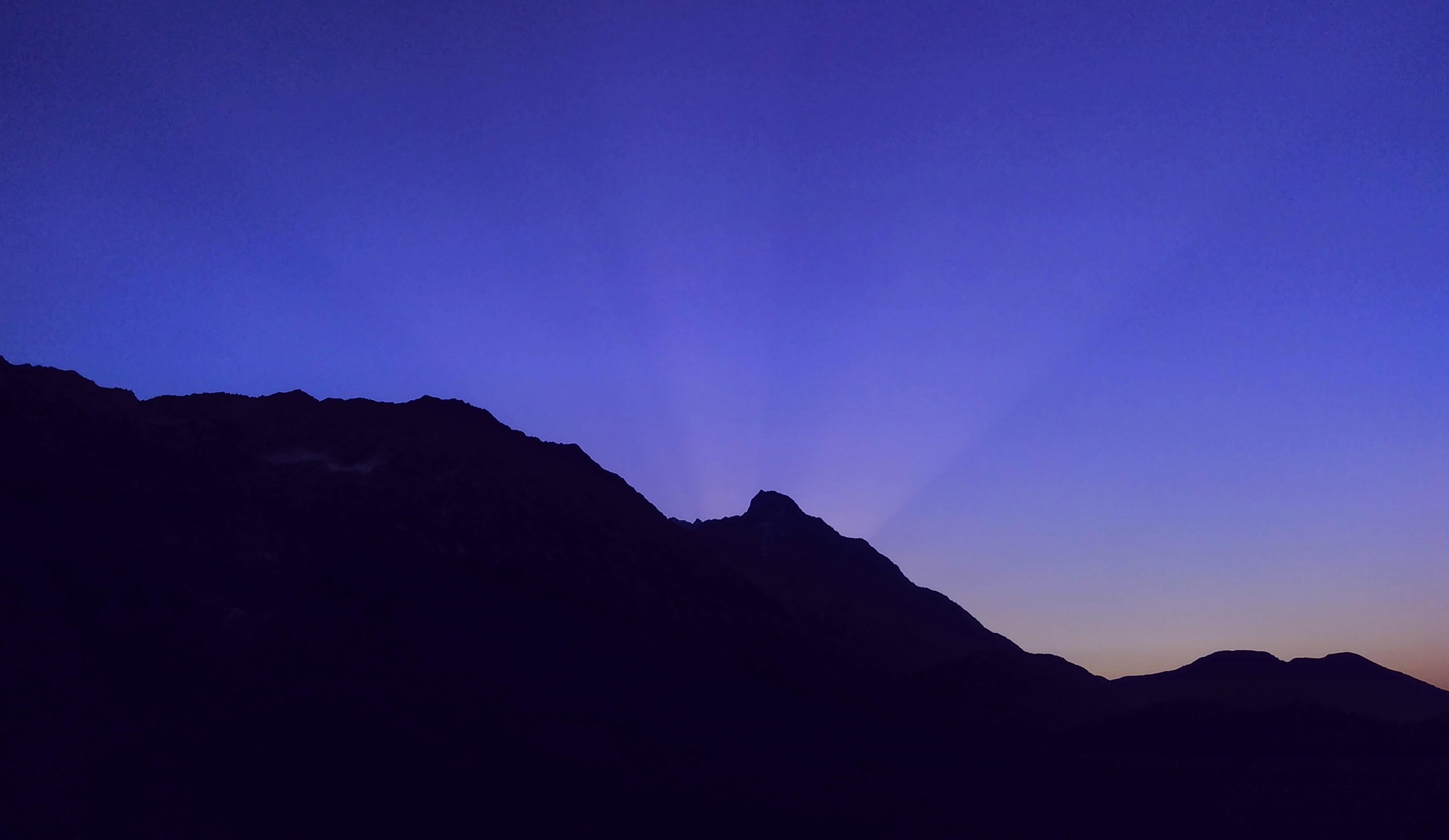 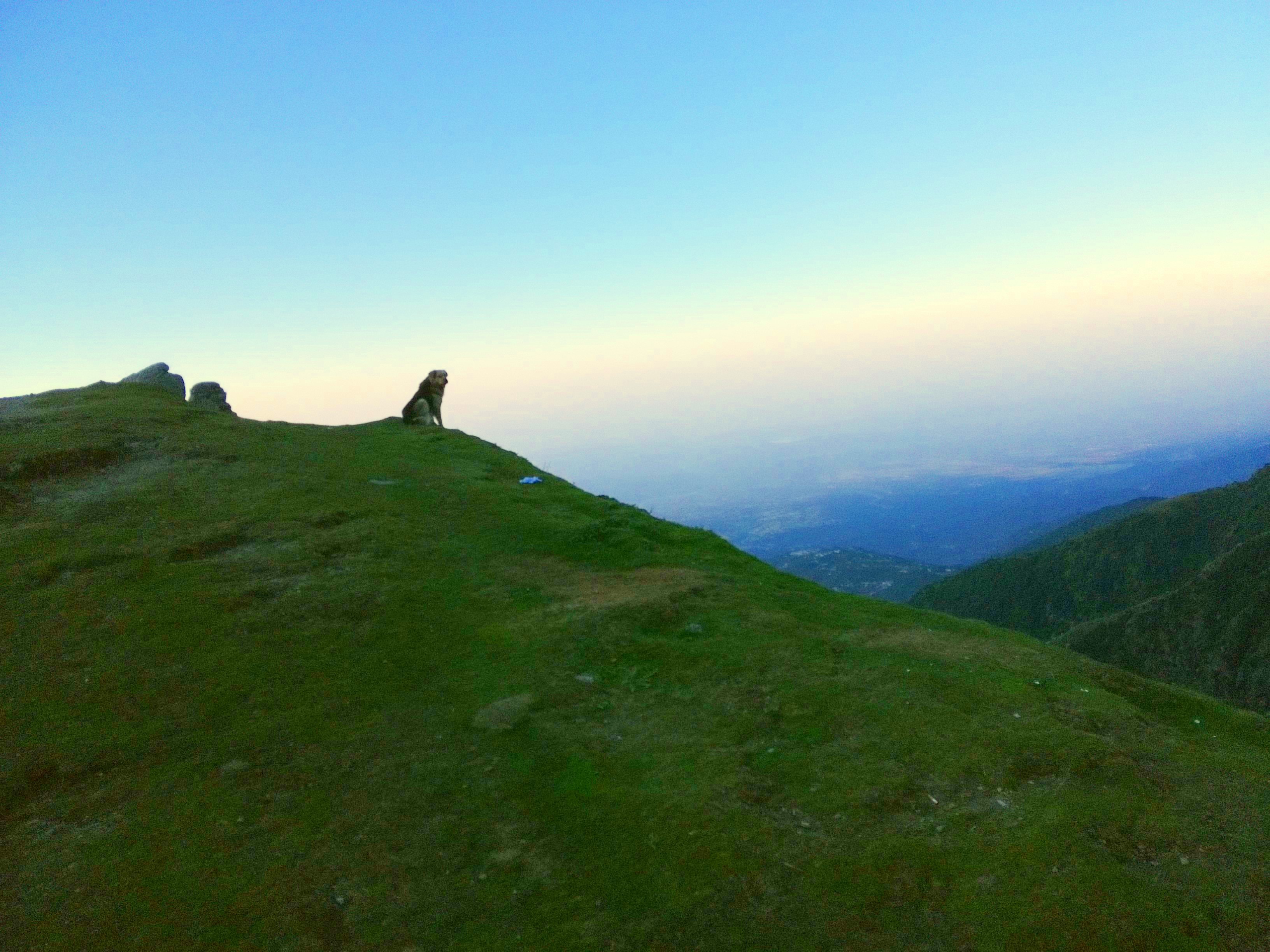 Morning View of the Valley

We came out of our luxurious mattress at around 5 am and had a cup of tea. Waited till 7:30 am for the sun to come up. Laughed, shared stories in the meantime. At around 8:30 we came down the hill. Devoured the lunch as we reached MacLeodgunj. The hotel waiter went mad looking at our diet. After all, we were sleepy and hungry from one day and our bodies demanded Carbohydrates. 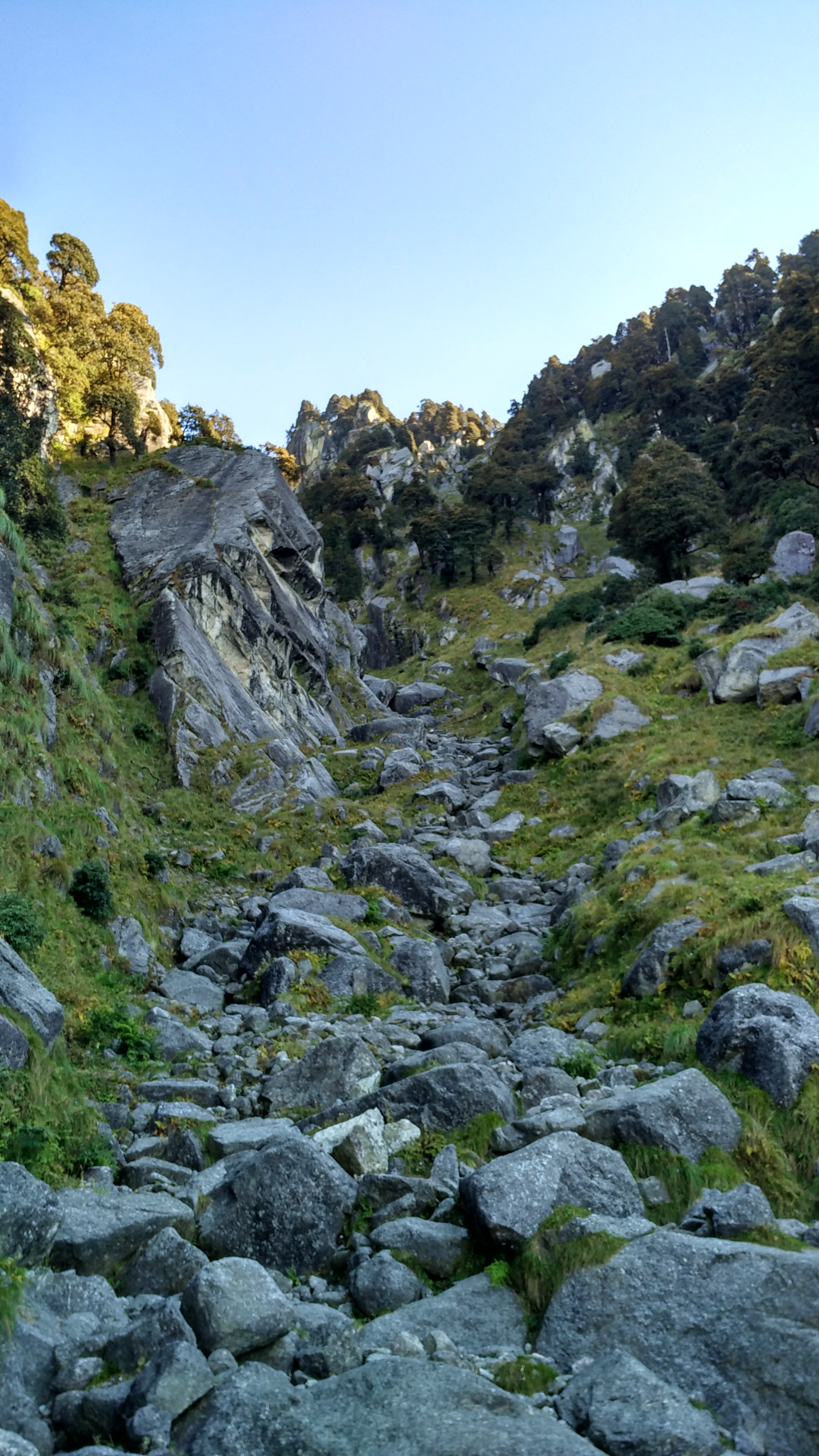 Back into Delhi Metro

The trek was promising, rewarding as well as punishing. Made us learn some of the most important lessons of life. One of the most fulfilling experience of our lives.

Someone has rightly said “Returning home is the most difficult part of long-distance hiking; You have grown outside the puzzle and your piece no longer fits.”