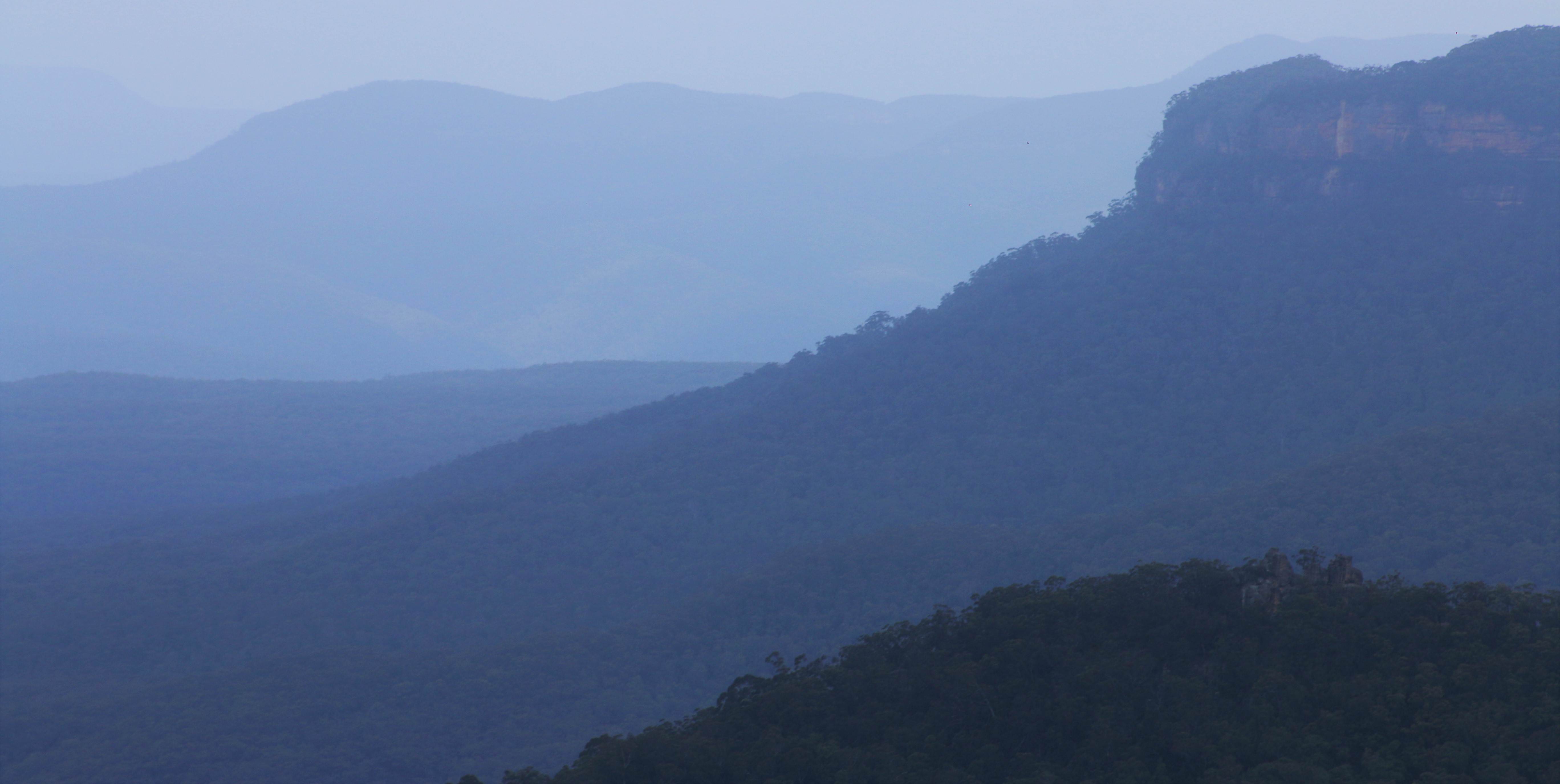 In the last two days, we had covered Sydney. Today our plan was to visit the Blue Mountains and Katoomba waterfalls. The Blue Mountains is called the Grand Canyon of Australia. It is not particularly high for a mountain range, it is known for its uniquely majestic scenery, Eucalyptus laden forest that reaches the horizon, and a slow and tranquil mode of life.

Before Europeans arrived, the Blue Mountains region was still inhabited by Aboriginal people. Till now there are a few NGOs working to provide a means of living to the Aboriginal People by providing them with the new avenues like starting local businesses and selling local arts.

We took the early morning train from central station to Katoomba. It took around two hours to reach Katoomba. Katoomba is relatively cold and clean village near Sydney. After having Breakfast in Subway, we took the local bus to the Echo Point.

Echo point provides the spectacular view of the Three Sisters. The Three Sisters were formed by land erosion. The sandstone eroded over time by wind and rain and it led to the formation of this iconic rock formation.

Old legends say the Three Sisters fell in love with three brothers from the neighboring tribe, but the inter-tribe marriage was forbidden by tribal law. The brothers were not happy to accept this law and so decided to use force to get their beloved. During the battle, the sisters were turned to stone by an elder to protect them, but he was killed in the fighting and no one else could turn them back. 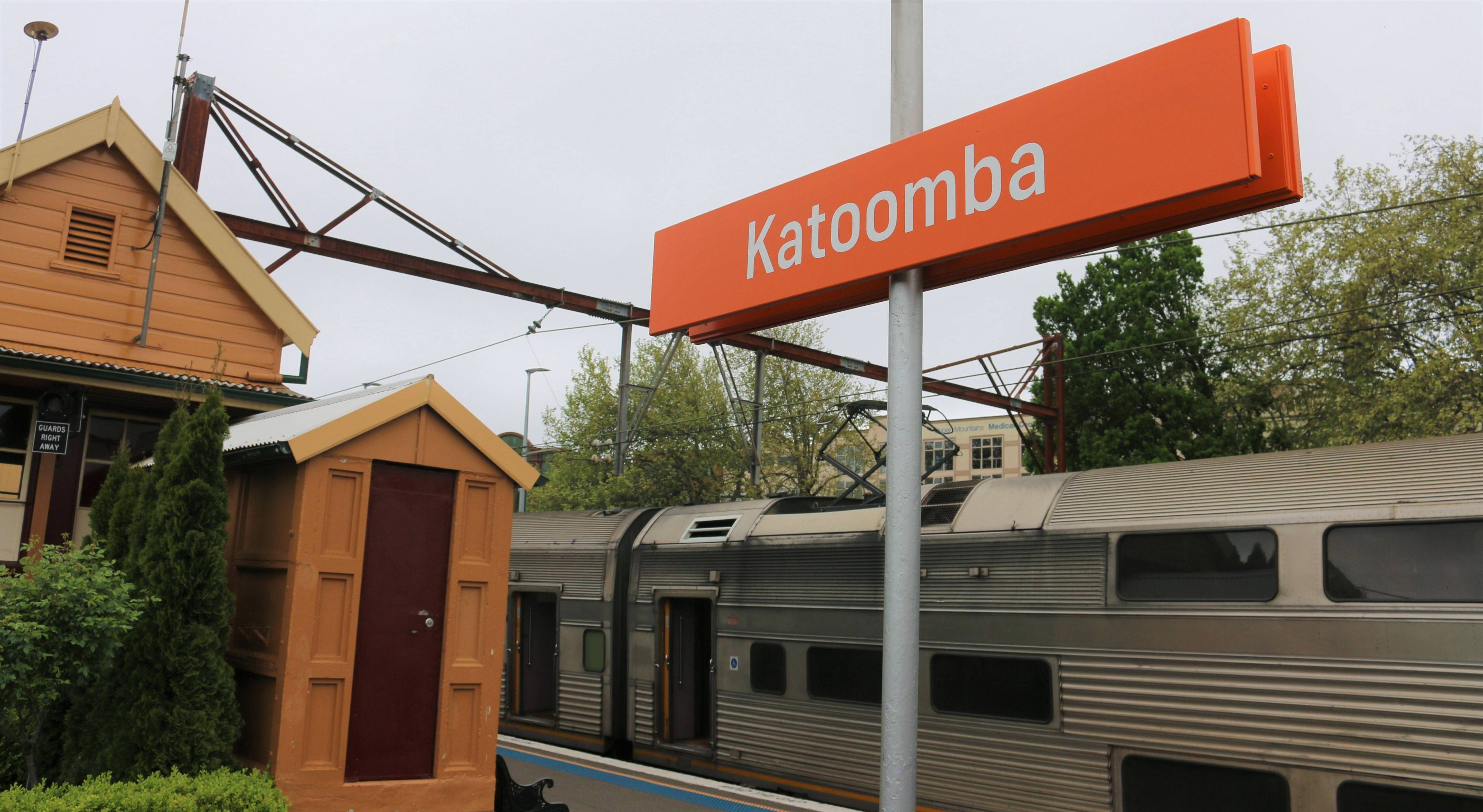 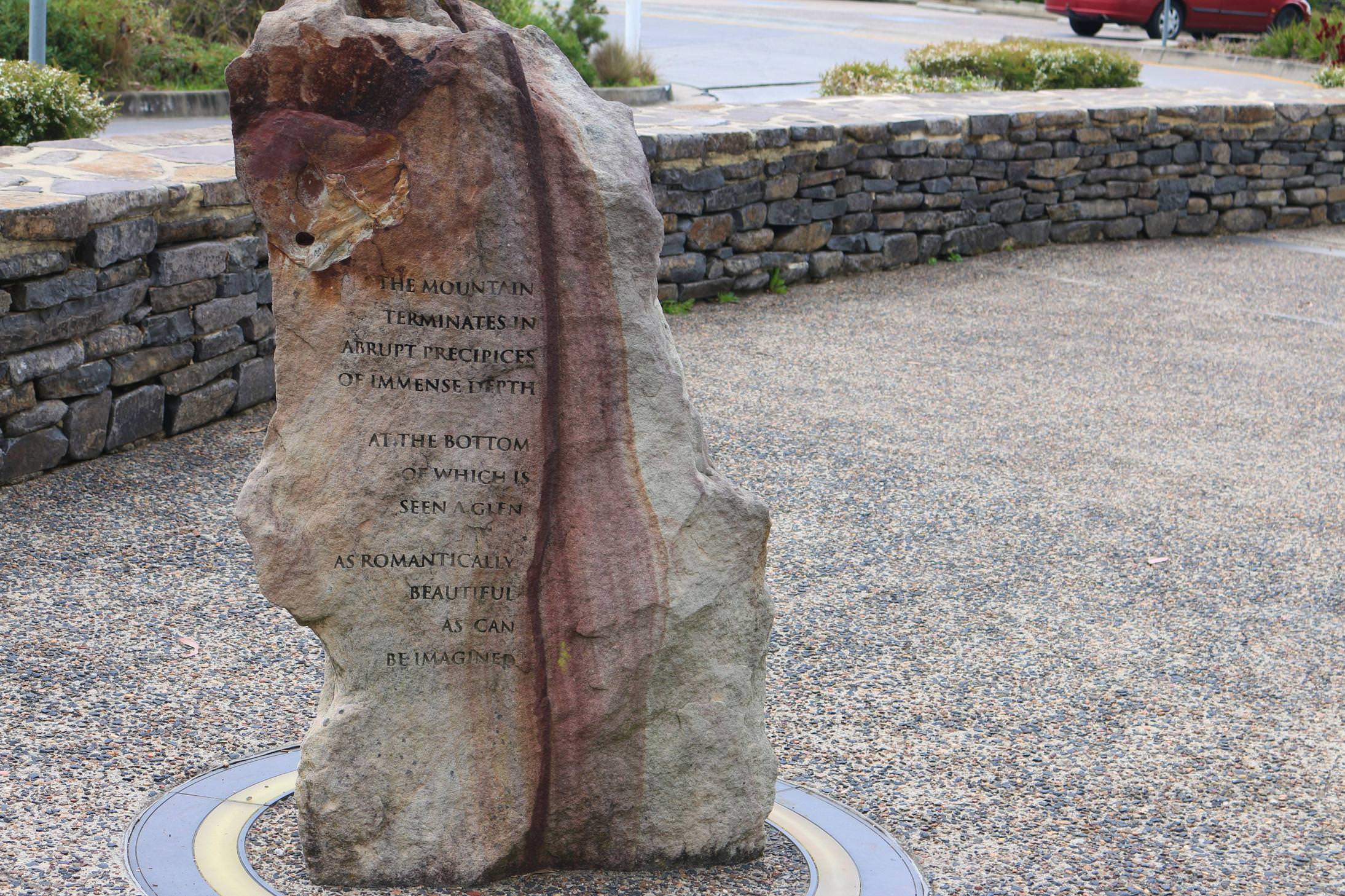 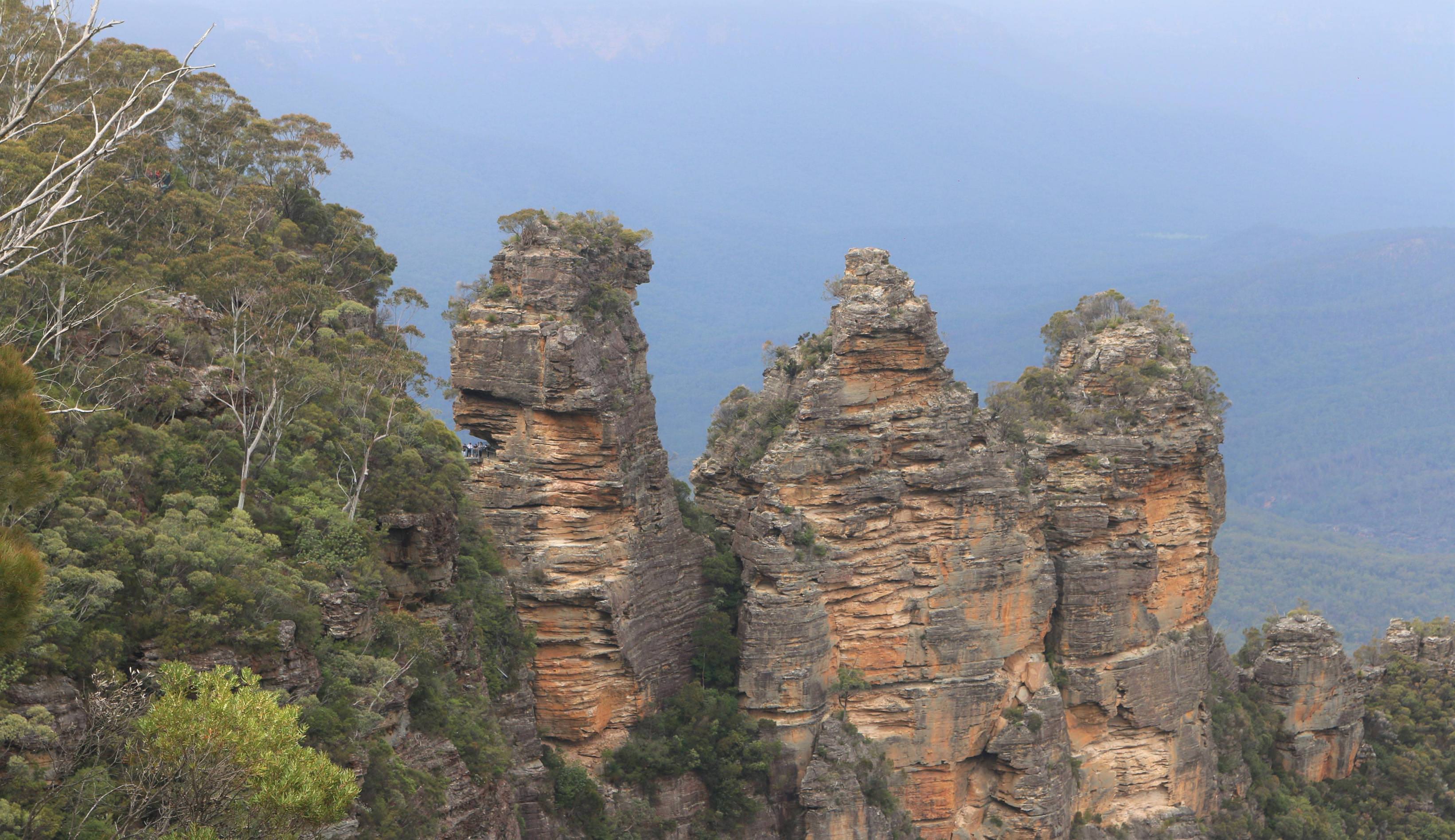 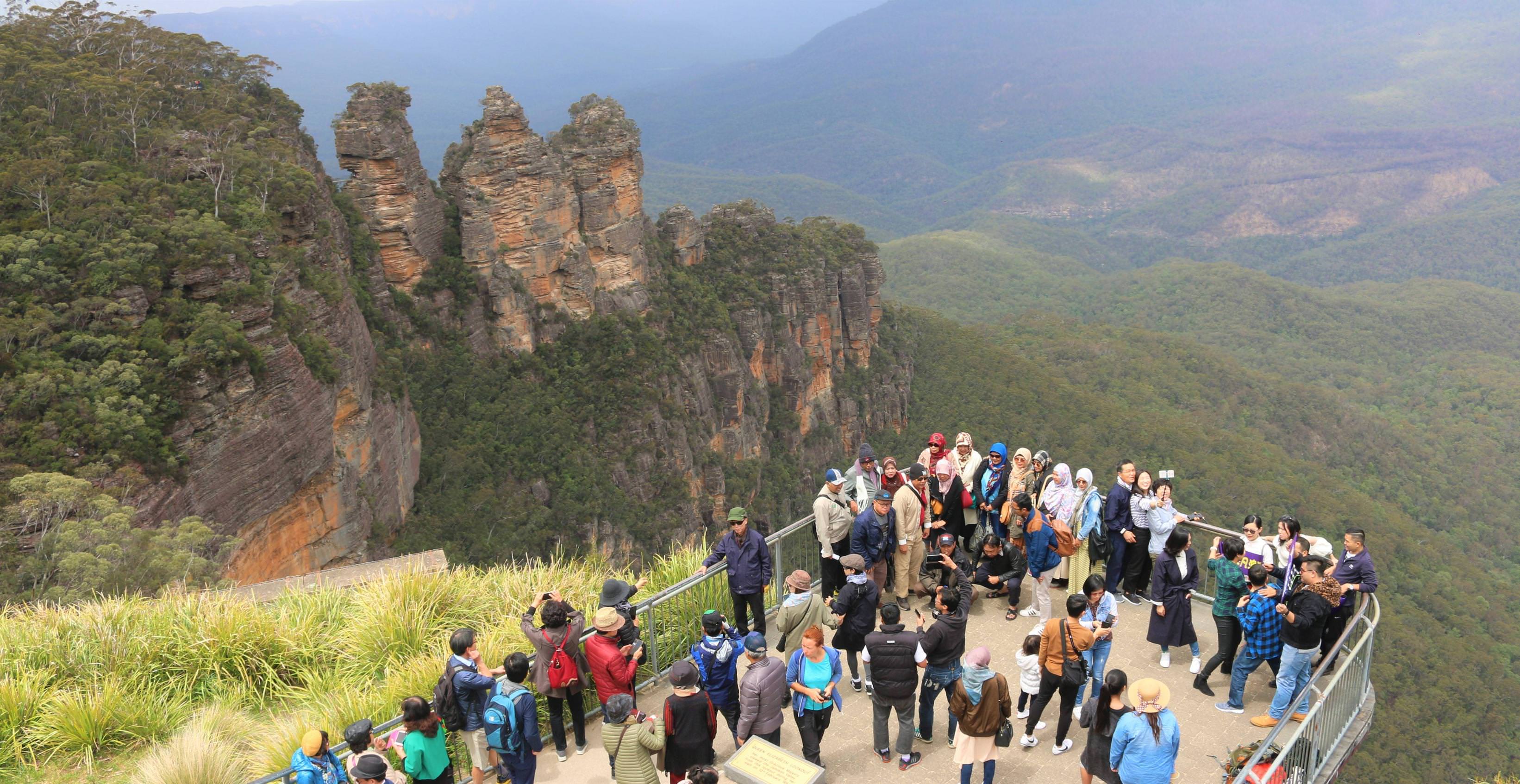 The Blue Mountains got its name from the characteristic blue haze that is emitted by the abundant Eucalyptus trees. The area is filled with many waterfalls, beautiful gorges and valleys. 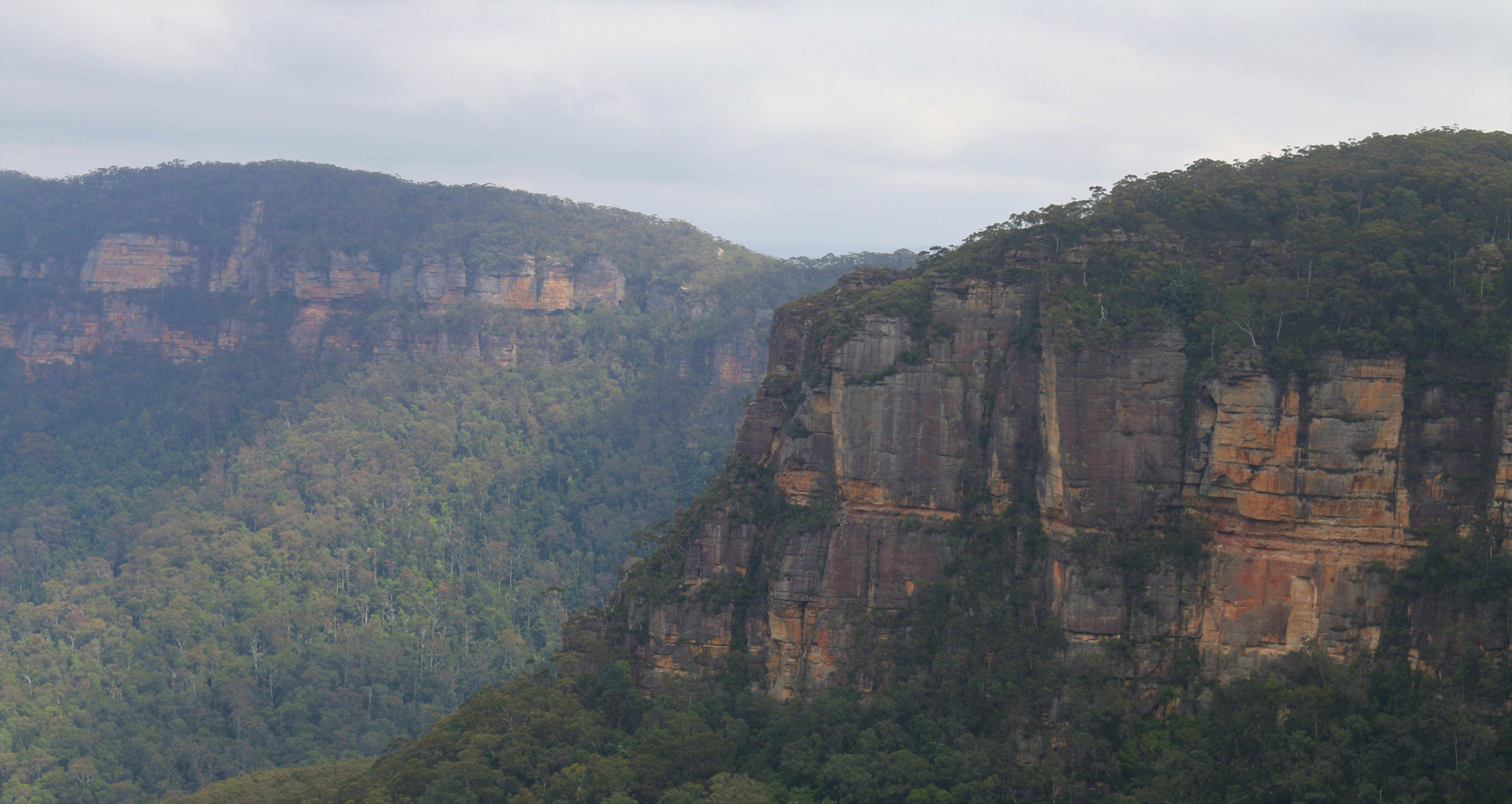 Apart from the natural Scenery, there are other places of attraction as well. A private establishment called the scenic world is also a must visit. It also has the steepest incline railway car in the world at 52° that takes you all the way down in the valley. But since the railway car was out of our budget we decided to do a 2 km trail to the Katoomba waterfalls. 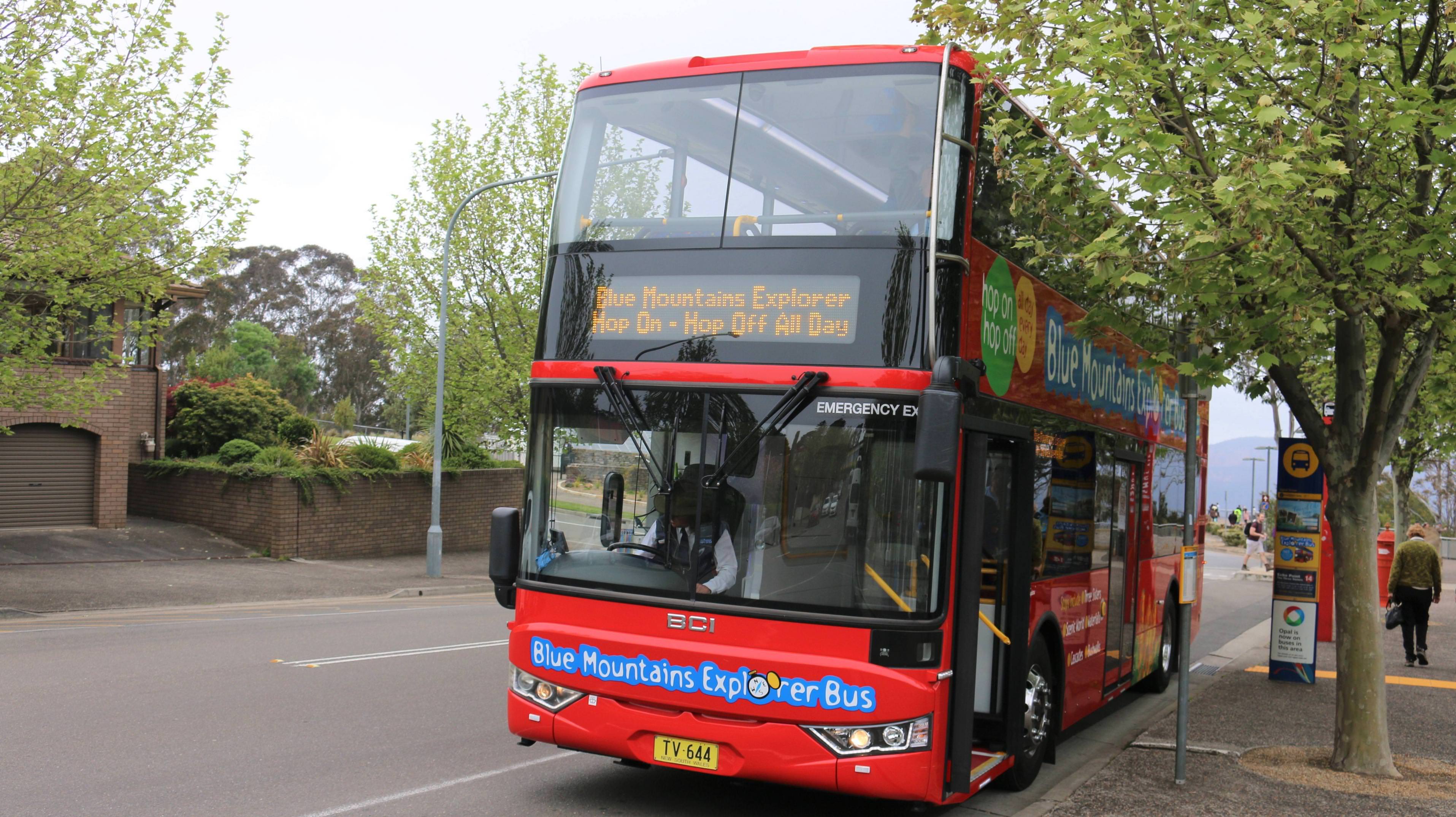 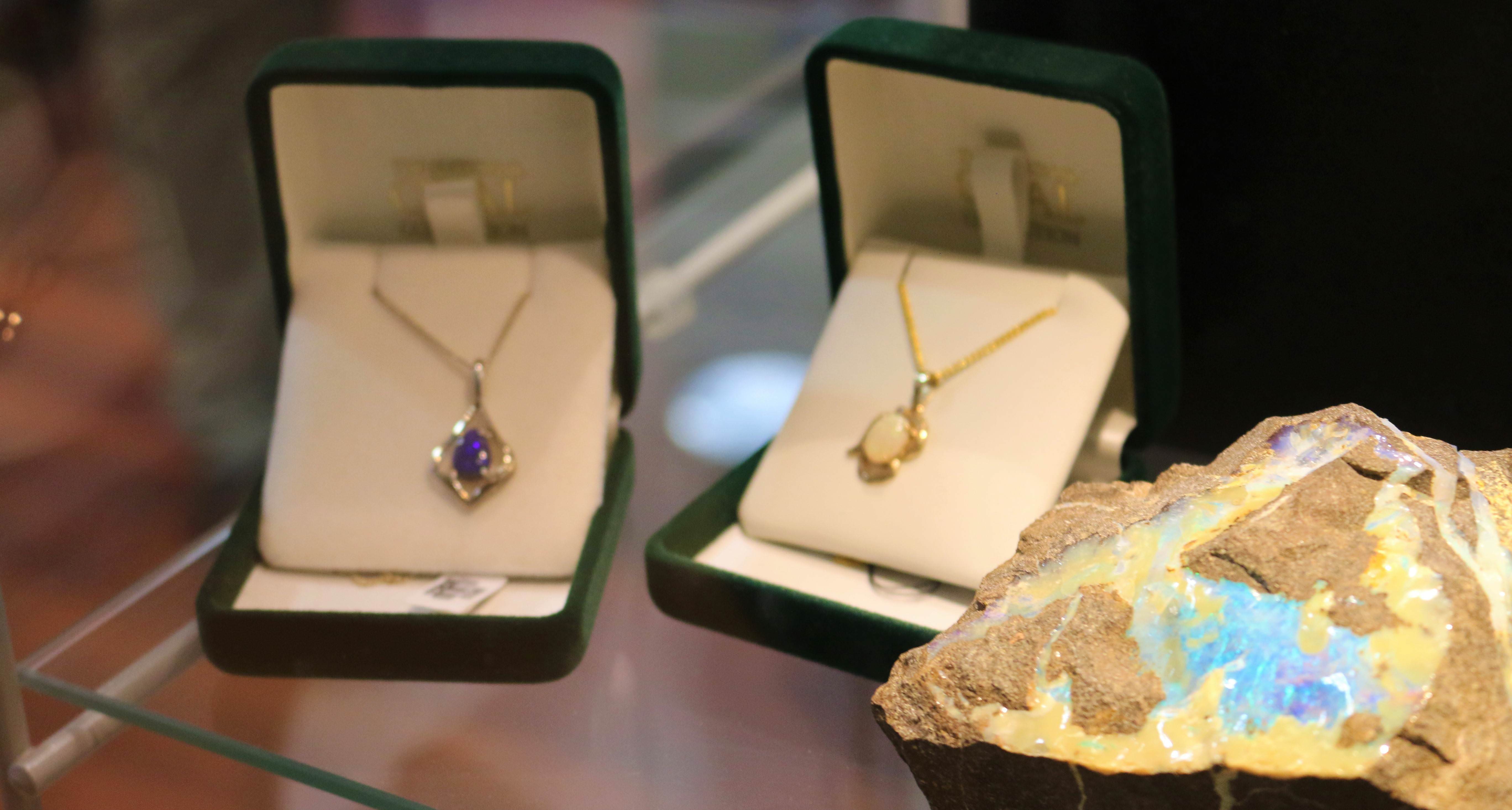 Opal jewelry at the Souvenir shop

The bush trail to the waterfall starts just outside the scenic world. We followed the trail and reached the waterfall. The atmosphere was cold, humid and fresh. We also stopped at Juliet’s Balcony and witnessed the sheer beauty of Katoomba Falls, from top to bottom. 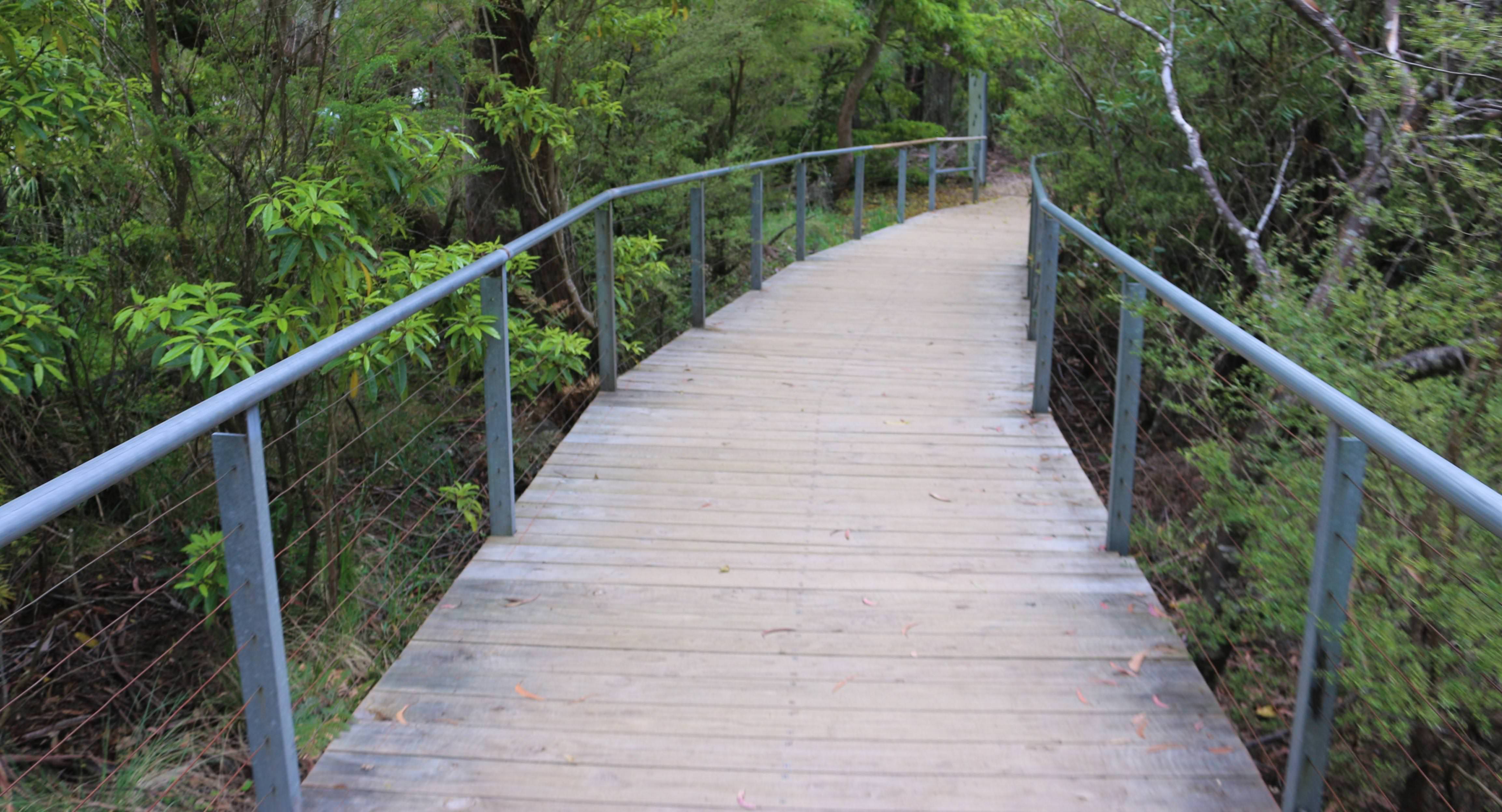 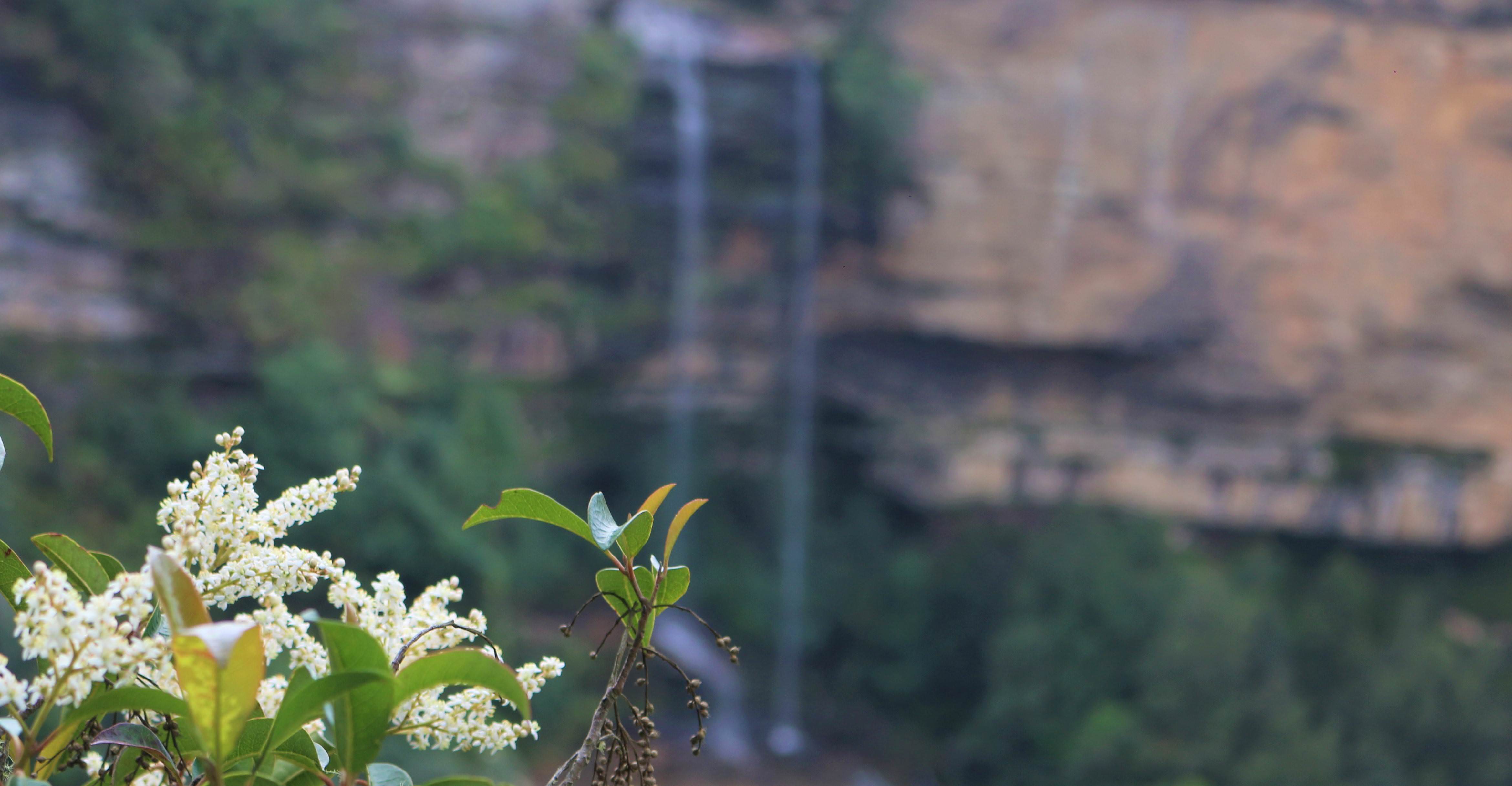